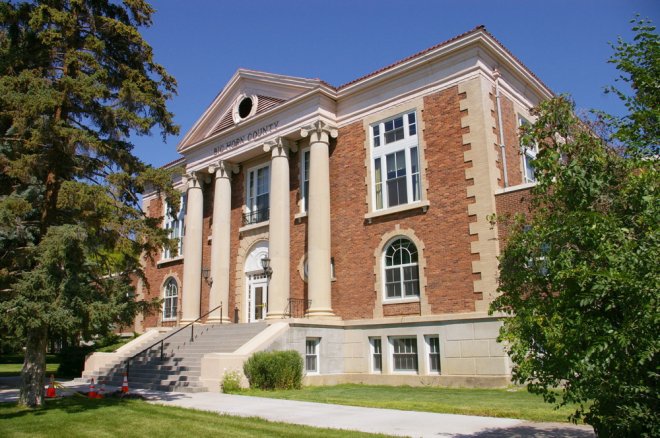 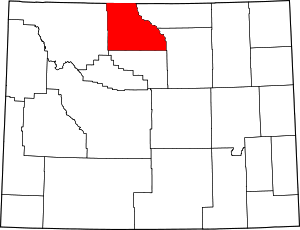 Description:The building faces south and is a three story red colored brick and concrete structure. The building is located on spacious landscaped grounds in the center of Basin. The building has a raised basement. At the south front are four large columns rising to a pediment at the roof line. The entrance is arched with small iron balcony on the second story. The first story windows are arched and there is Bedford limestone trim along the corners. The hipped roof has red colored tile. The Commissioner’s Room is located on the first story. The courtroom is located at the center of the second story and extends up into the third story. One story additions extend on the east and west sides of the building. The building houses the County District Court and County Circuit Court of the 5th Judicial District. In 1976 and 1977, the courthouse was expanded on the north side. The architect was George Tresler of Cody and the contractor was Fred Hanson Construction of Thermopolis. On the north side of the building is the one story buff colored brick and concrete County Jail constructed in 1966. The architect was John E Toohey and the contractor was Julien Construction Company.

History:  The county was created in 1890 and Basin was selected as the county seat in 1897 when the county was organized. Several buildings were used as county offices and a two story log building built by W D Smith of Shell, was rented as the first courthouse. The courthouse burned in January 1899. A small one story log building was erected to house the county records. The second courthouse was a one story brick structure built by E E Blakeley in 1901 at a cost of $4,400. A brick addition was built in 1911 to house county offices and part of the courthouse was torn down. The third and present courthouse was constructed in 1916 to 1918 at a cost of $90,000. The cost of the 1976 addition was $452,695.

Description:The building faces south and is a one story red colored brick and concrete structure. The building is located on landscaped grounds in the center of Lovell. The rectangular shaped building has a central entrance on the south front. The windows are double windows. The roof is hipped. The building houses the County Circuit Court of the 5th Judicial District. 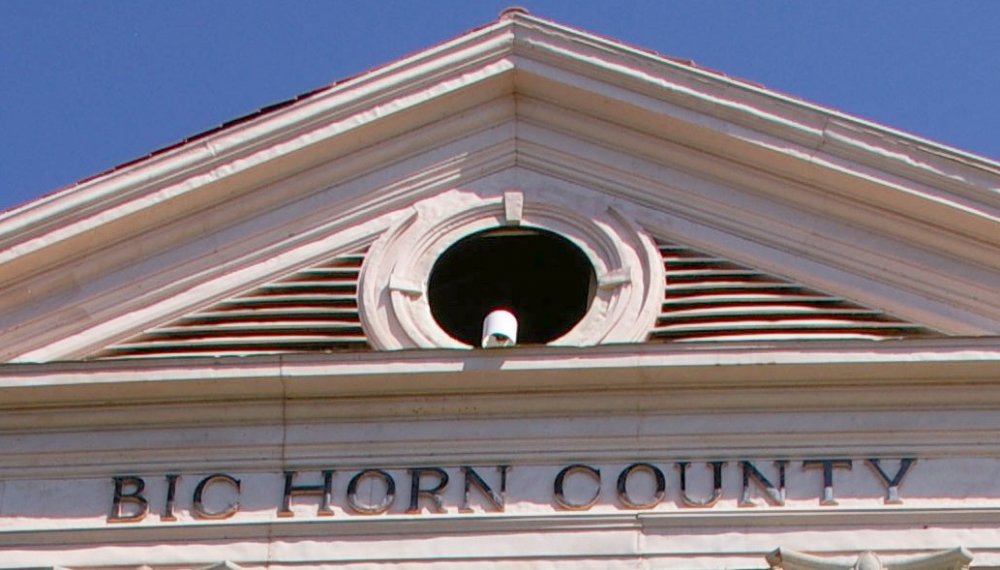 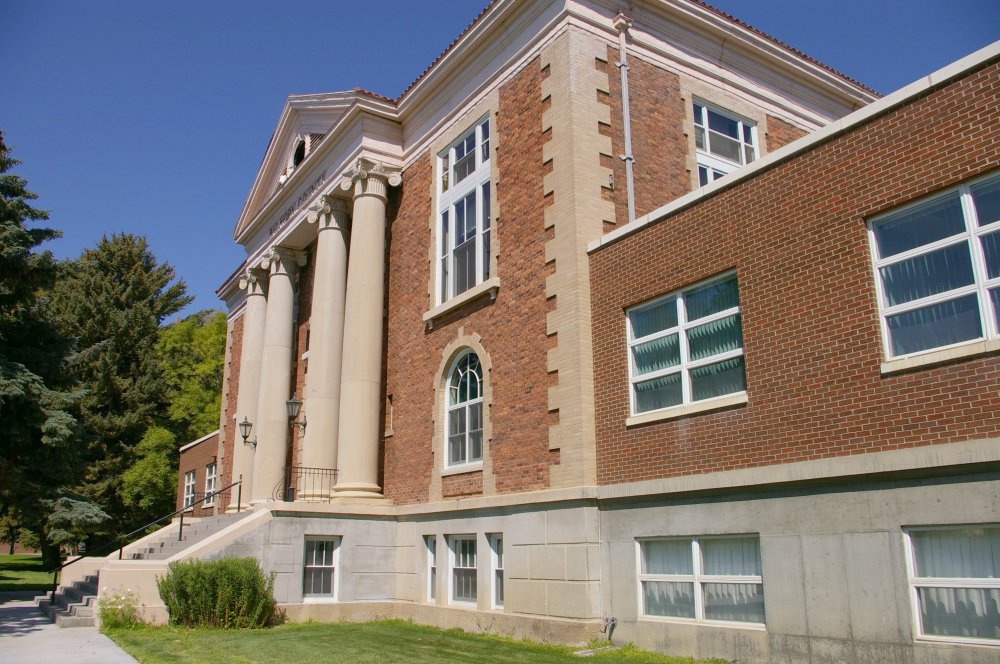 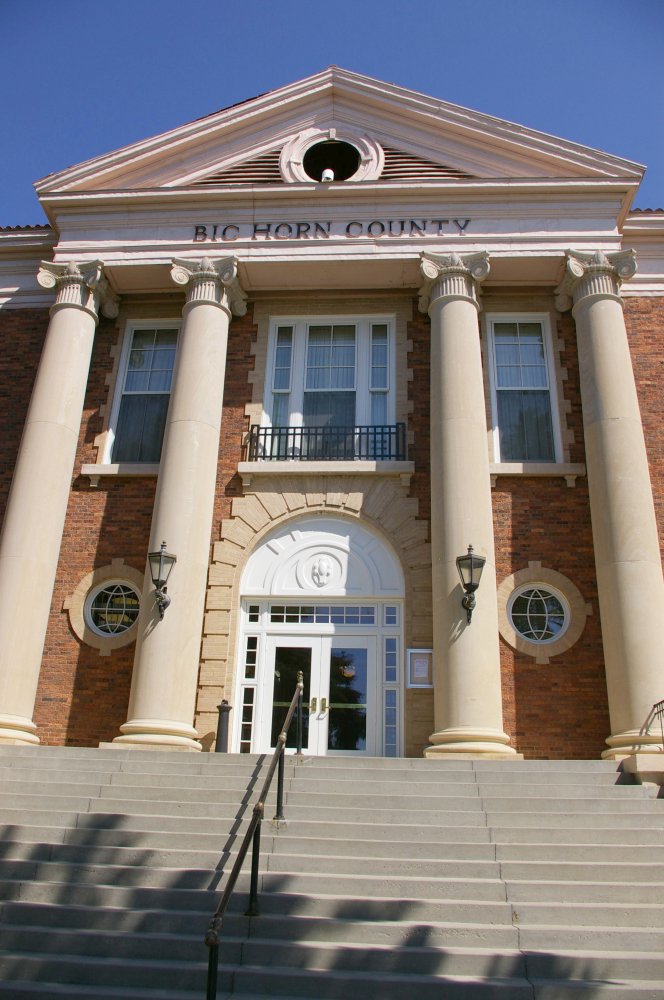 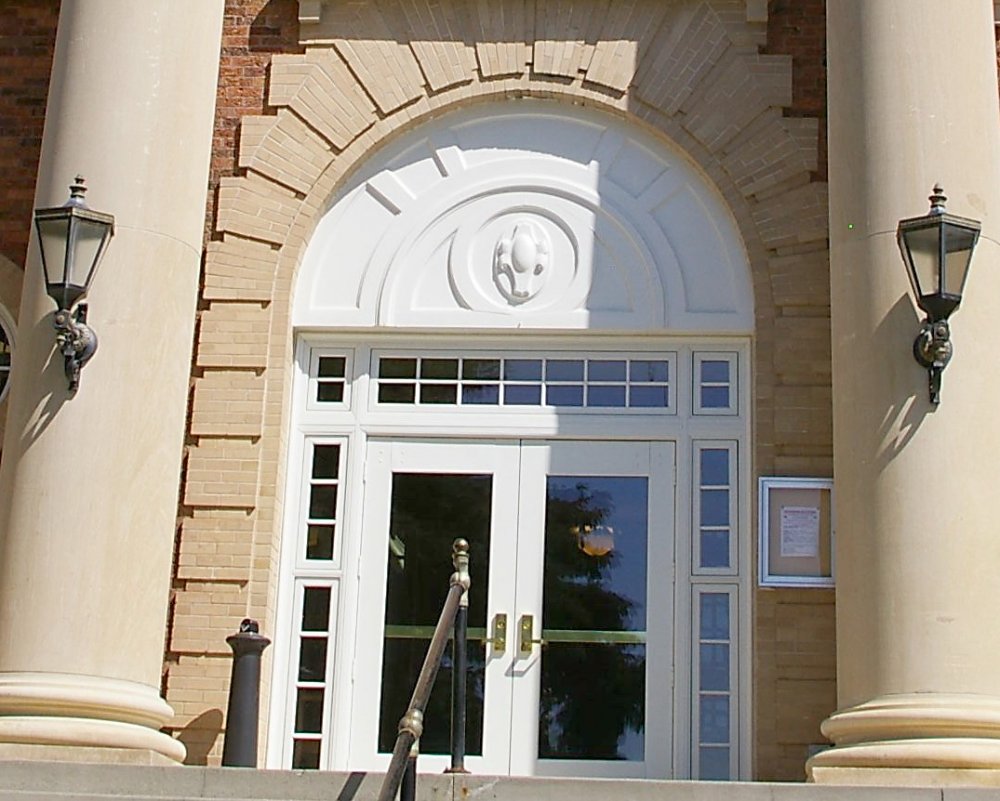 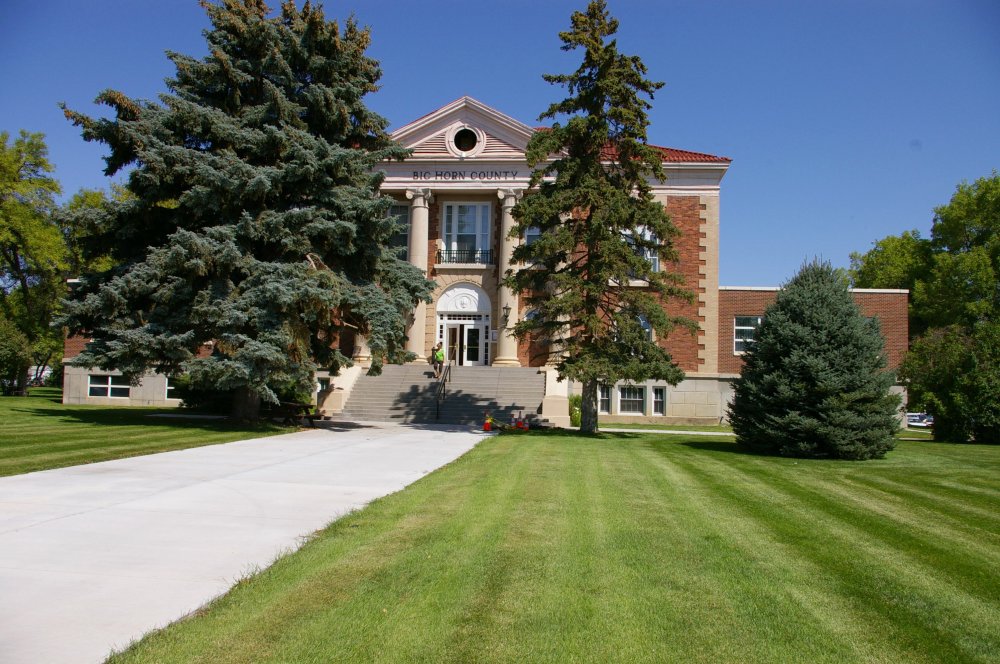 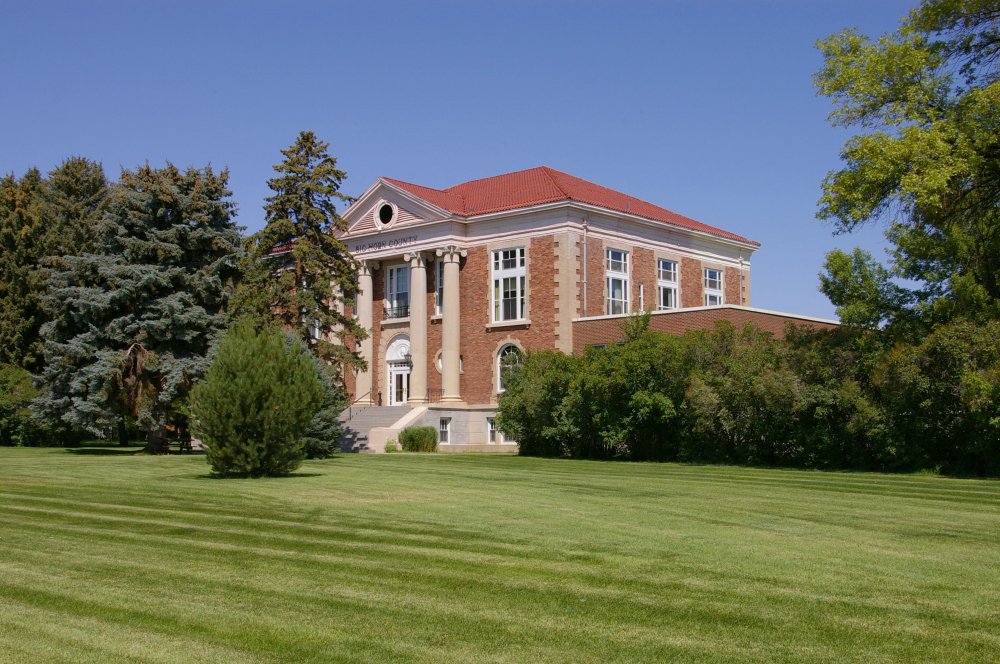 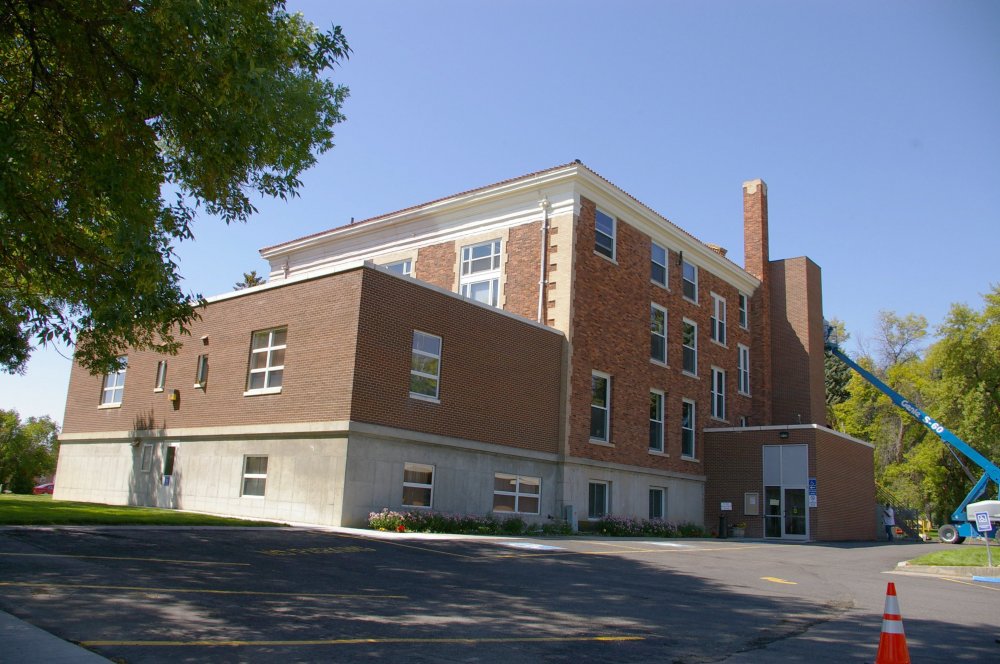 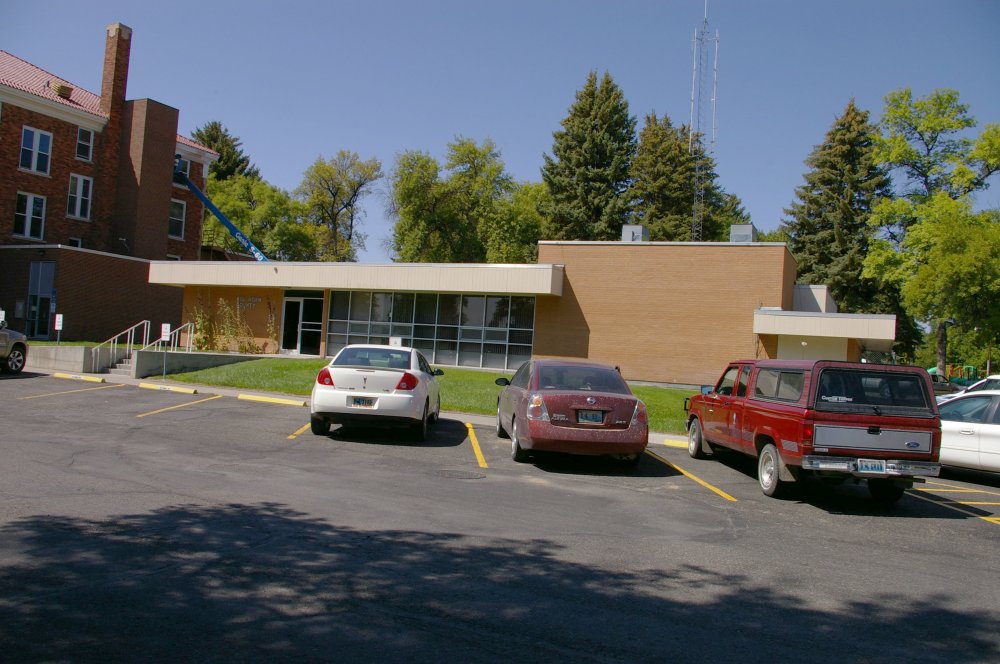 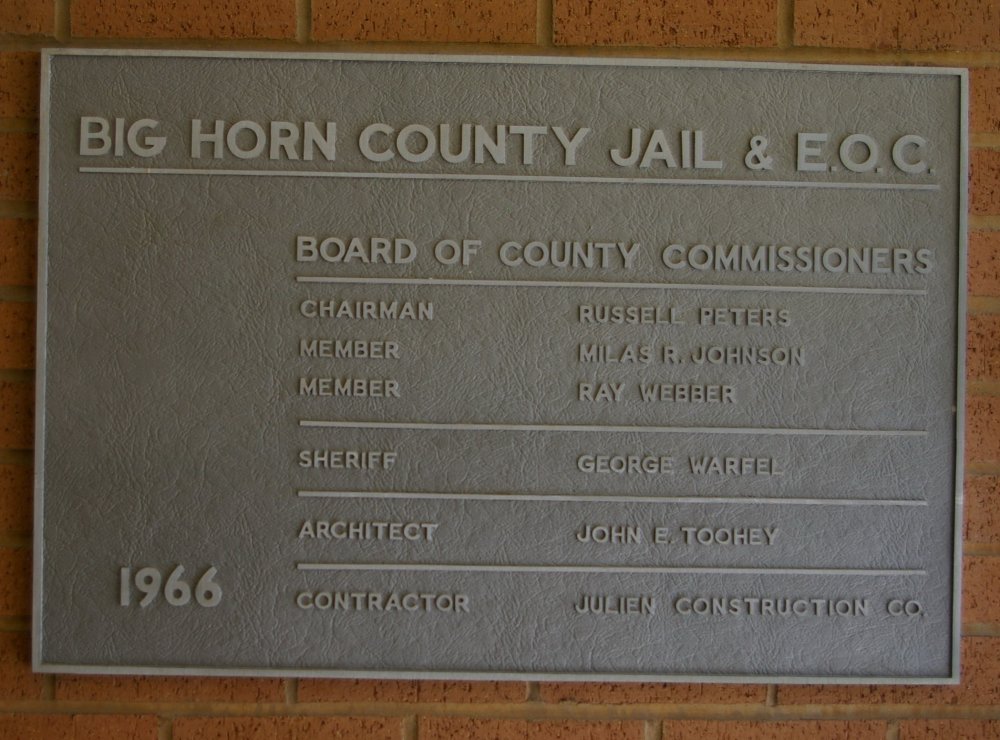 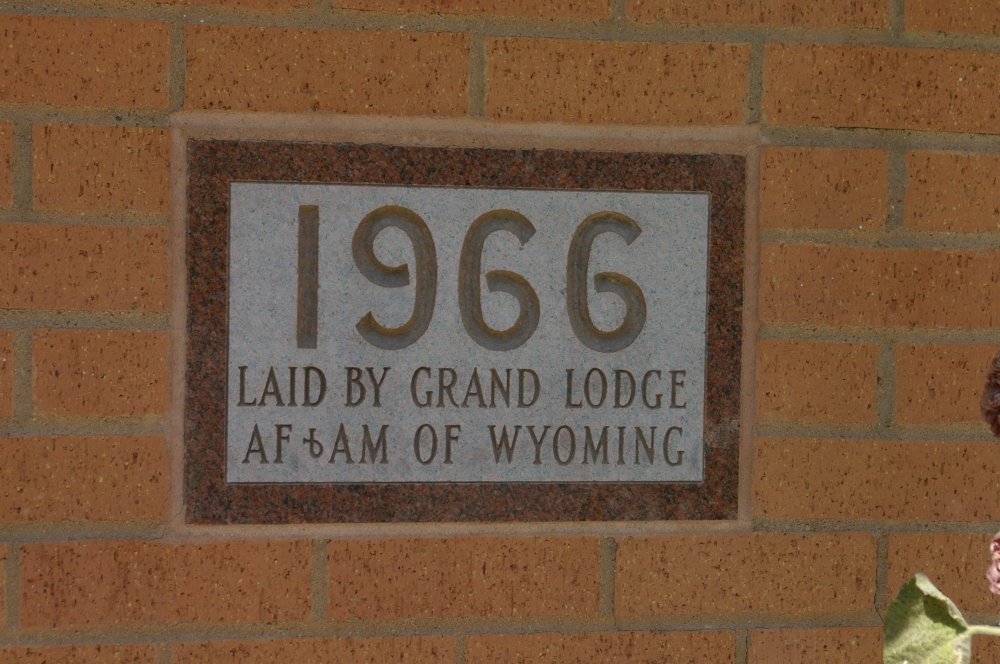