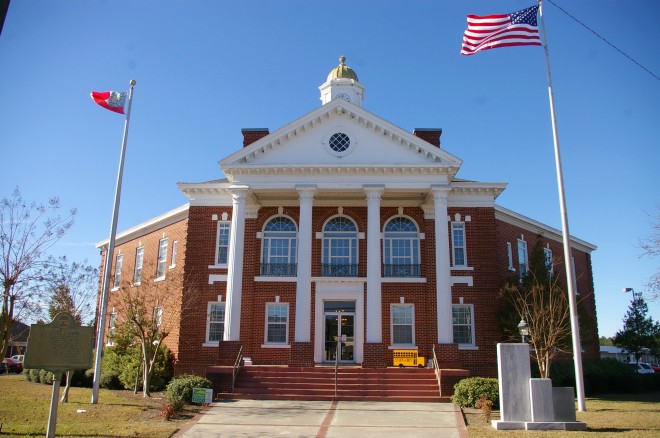 Bacon County is named for Augustus Octavius Bacon, who was a United States Senator.

Description:  The building faces northeast and is a two story red colored brick, stone and concrete structure. The building is located on landscaped grounds in the center of Alma. The northeast front has a large portico with four high white colored columns rising to a pediment with circular window, at the roof line.  The second story windows are arched. On the roof is a white colored octagonal cupola with clock and gold colored dome at the top. The old courtroom is located on the second story and the courtroom is located on the second story of the addition. The building houses the County Superior Court, County State Court, County Juvenile Court, County Probate Court and County Magistrate Court  of the 1st Judicial Administrative District.  An addition was constructed in 2000, on the southwest side which fans out from the original building.

Description:  The building faces south and is a two story brick and concrete structure. The building is located on landscaped grounds in the center of Alma. The south front has gray colored glazed bricks and an ornamental cornice. There are two recessed entrances. The roof line is flat. The building is named as the Rabinowitz Building. 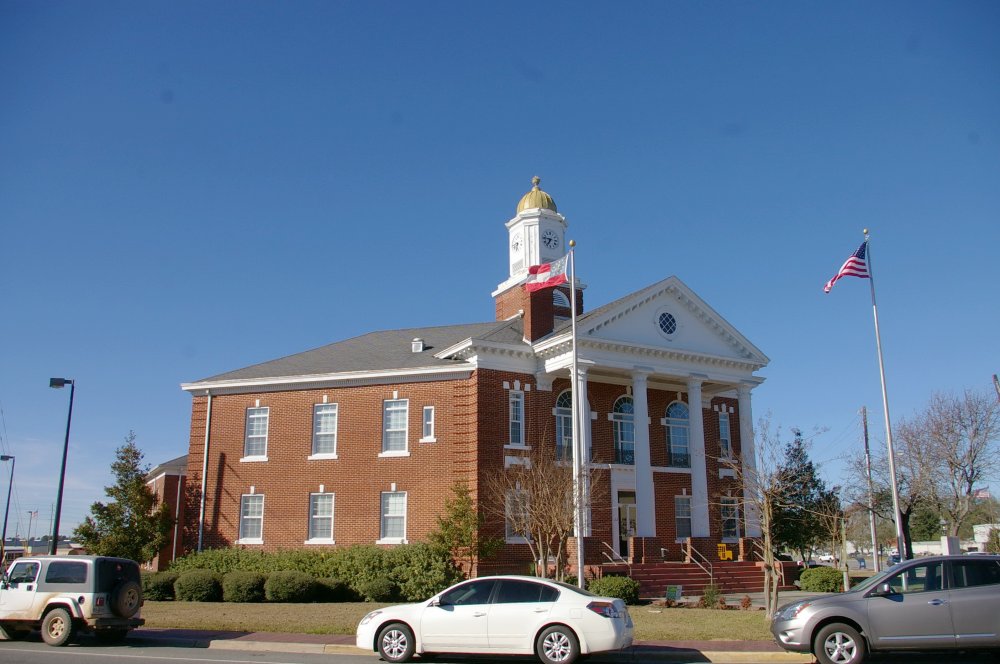 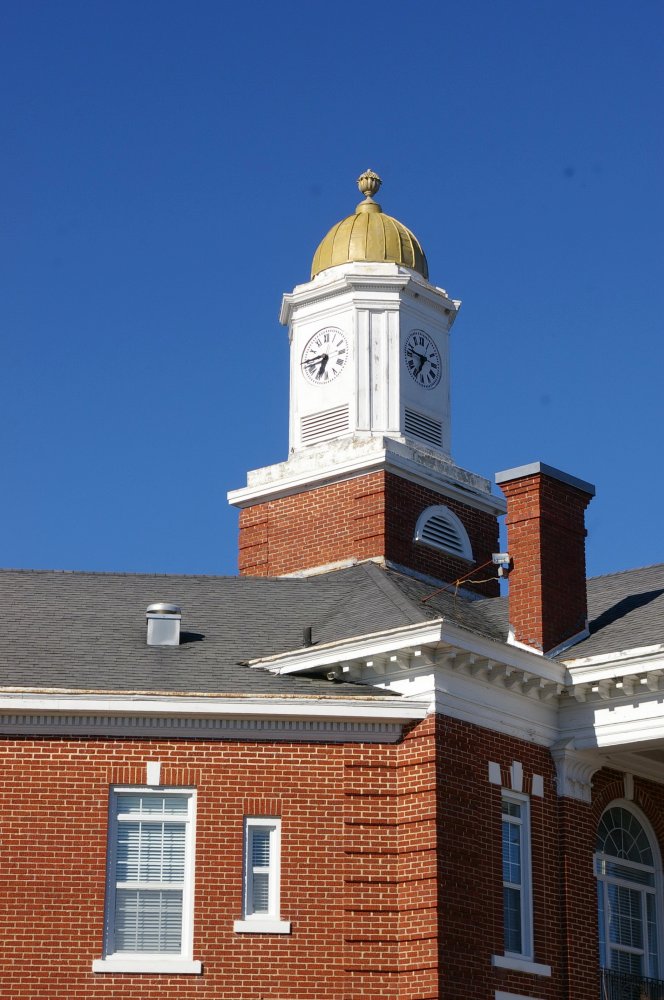 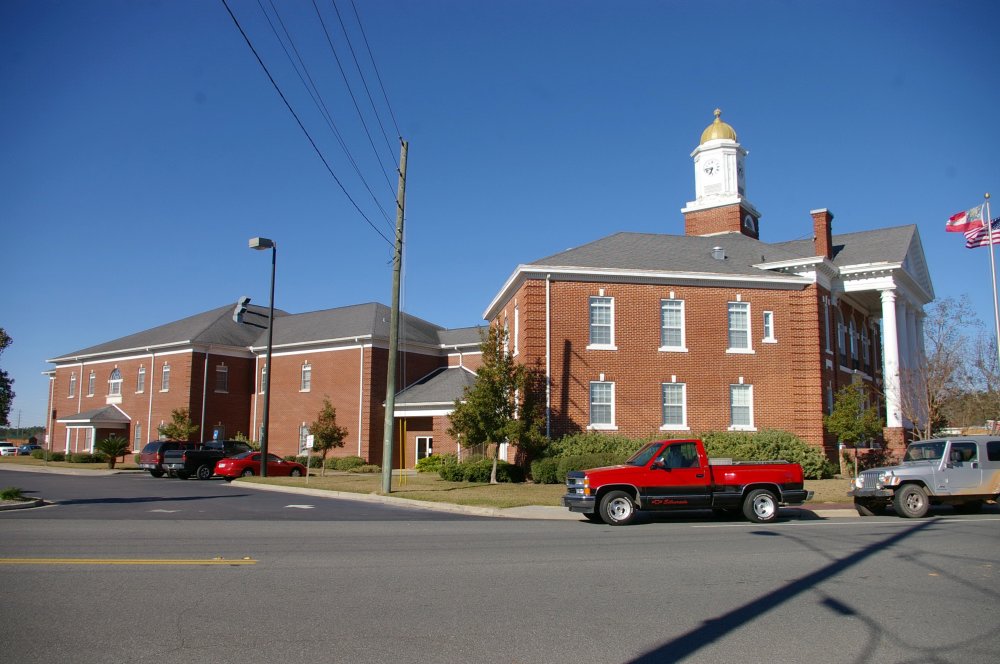 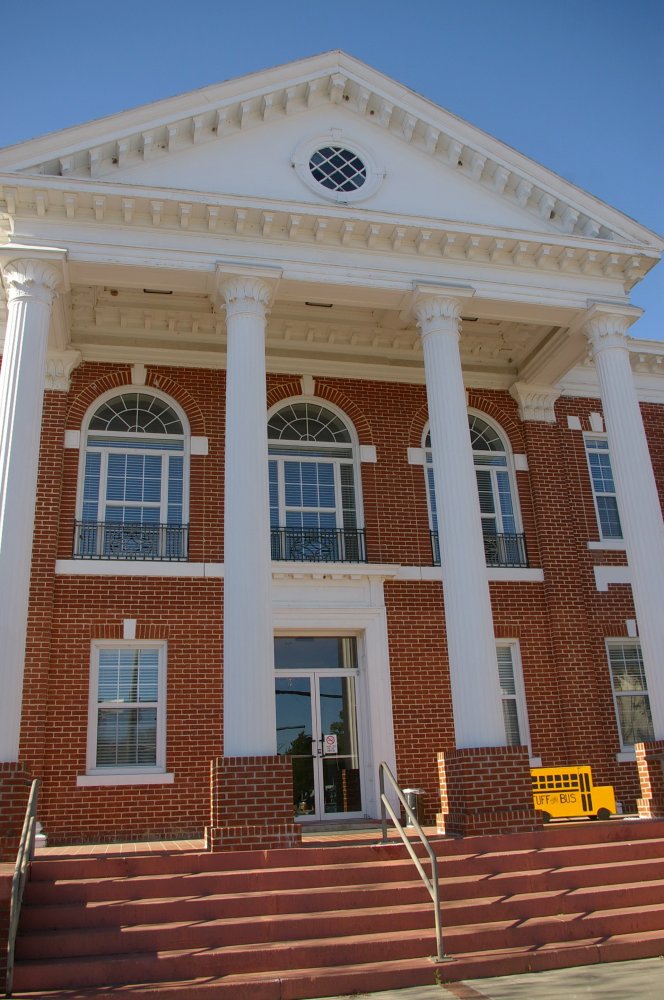 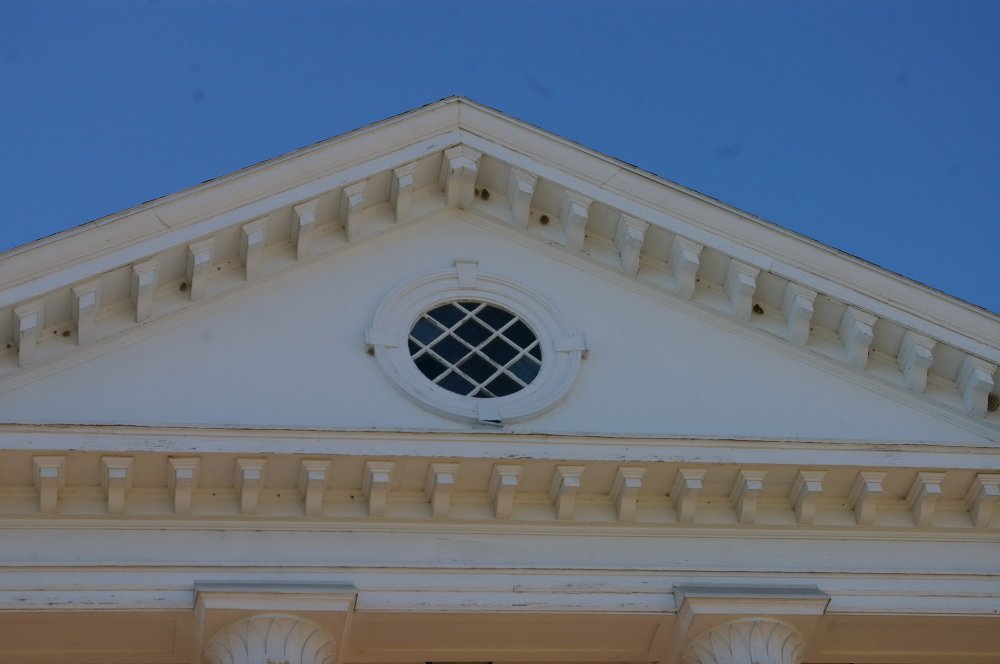 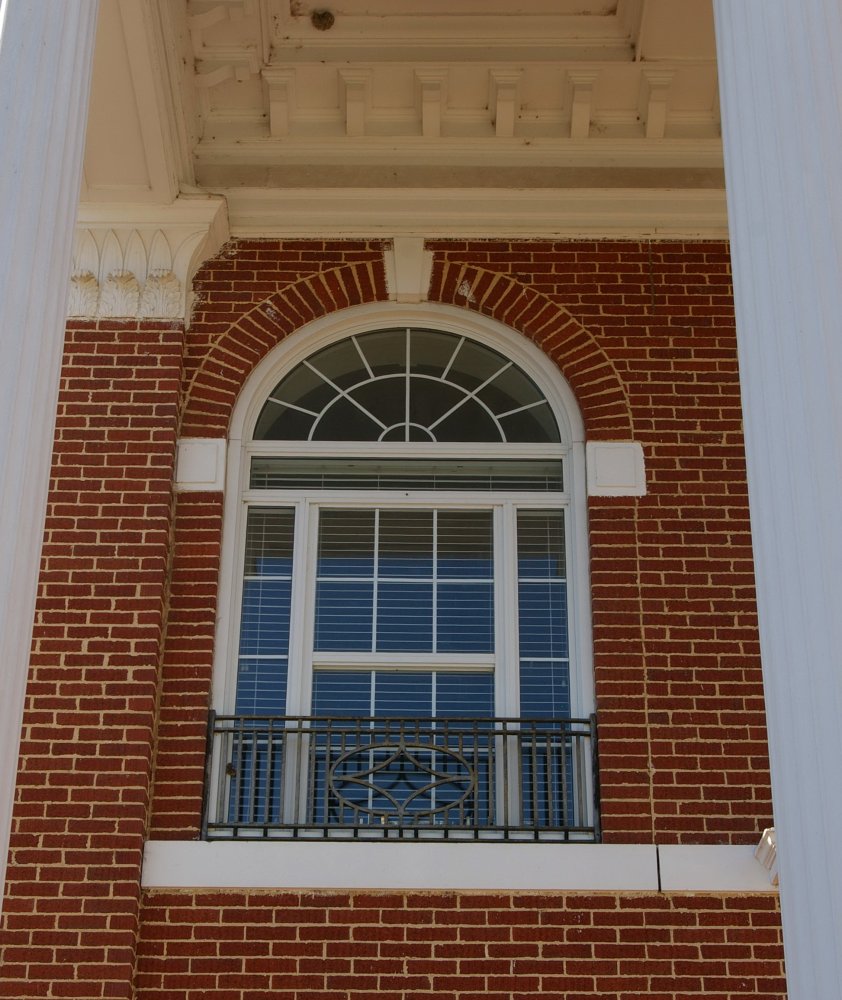 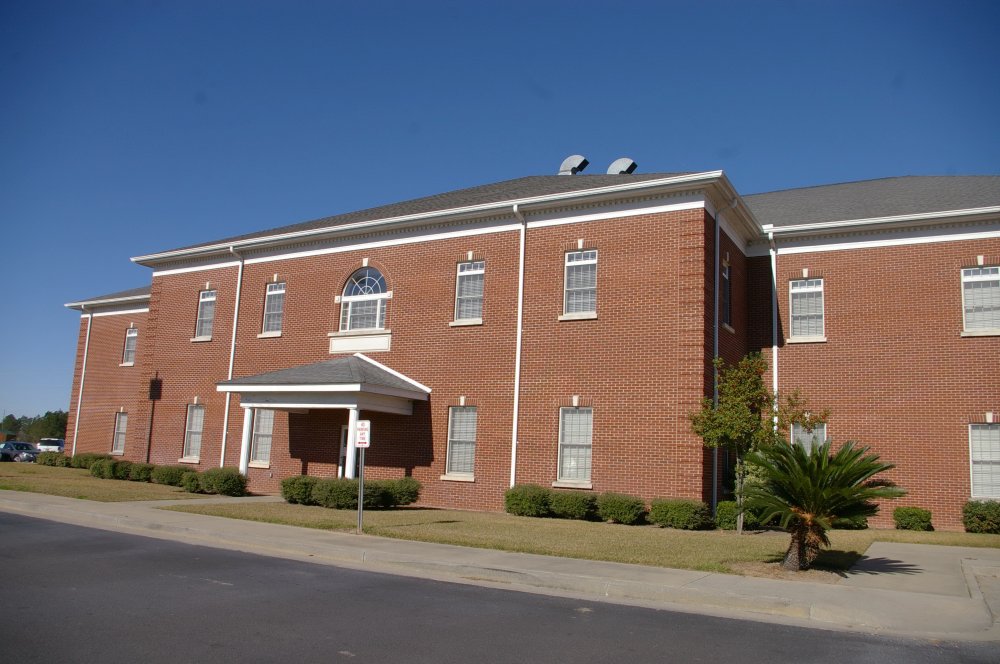 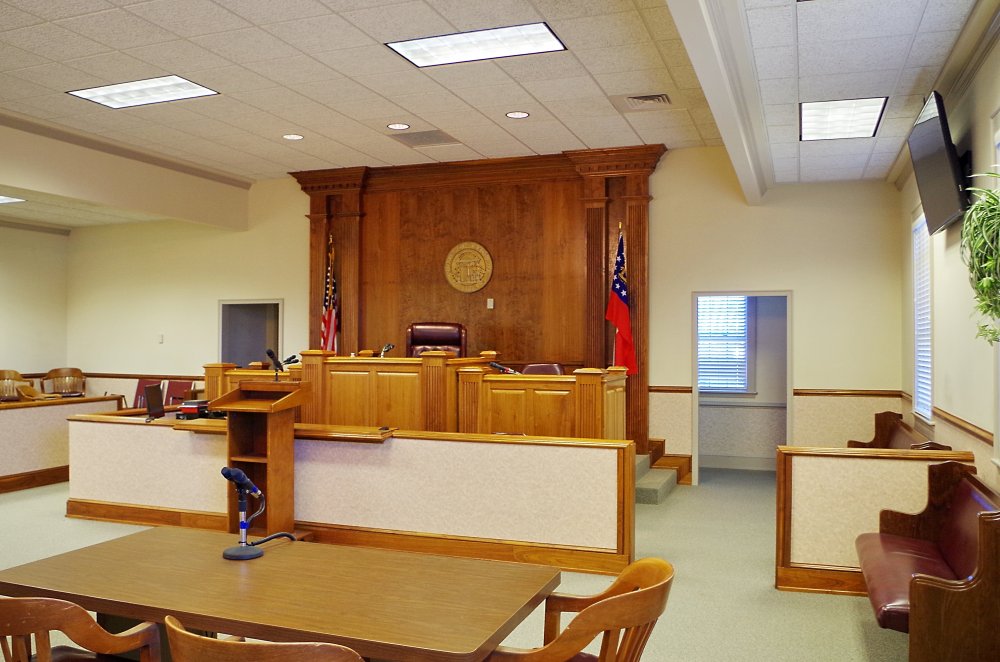 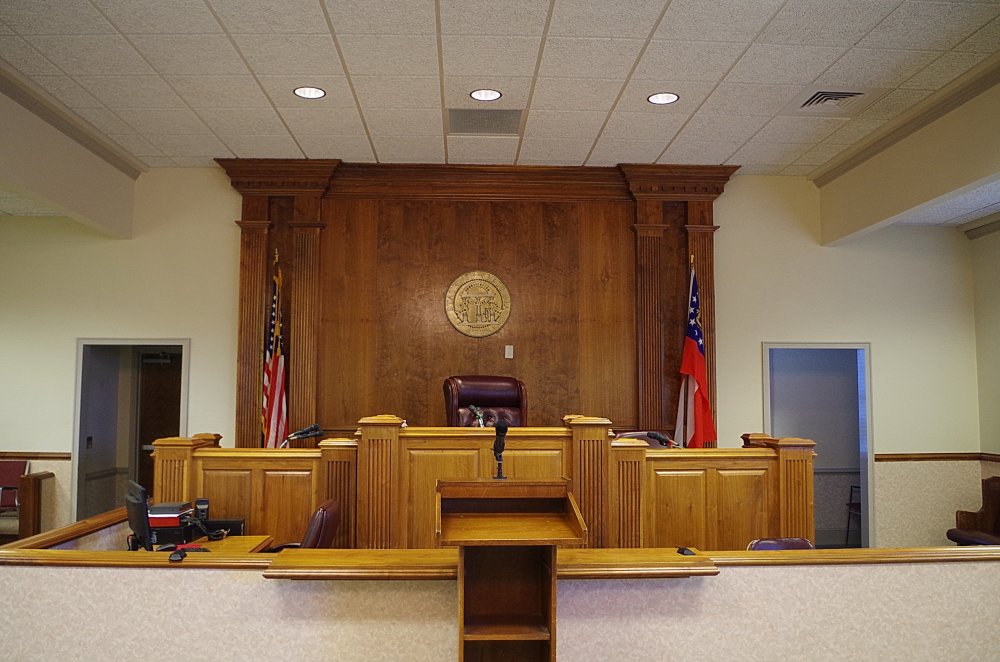