Cherokee County is named for the Cherokee Native American tribe.

Description:  The building faces southwest and is a two story gray colored Blue Marble stone and concrete structure. The building is located in the center of Murphy. The southwest corner of the building has a high portico with four columns rising at a pediment at the roof line. The building is tiered with west and south wings. On the center of the roof is a high octagonal dome with clock and black colored dome and small lantern at the top. In the interior, the first story has cross halls with marble wainscoting. The floor is laid in marble squares and a sunburst medallion fills the center space. The courtroom on the second story is a rectangular chamber with fine plaster and woodwork. There are paired Corinthian pilasters. A handsome pedimented wooden frontpiece is centered behind the judge’s bench with marble tablets inscribed with the Ten Commandments. The building houses the County Superior Court and County District Court of the 30th Judicial District. The building was renovated in 2012. The architect was Clark Patterson Lee and the contractor was Wells and West.

Note:  The courthouse is one of the very few marble courthouses in the United States and the blue marble was quarried locally. 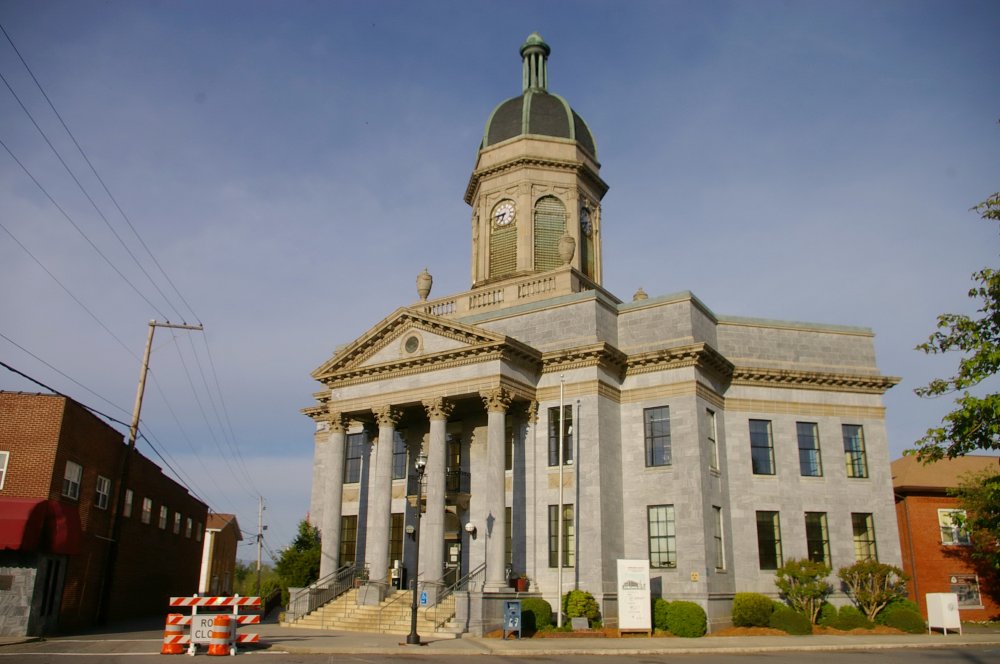 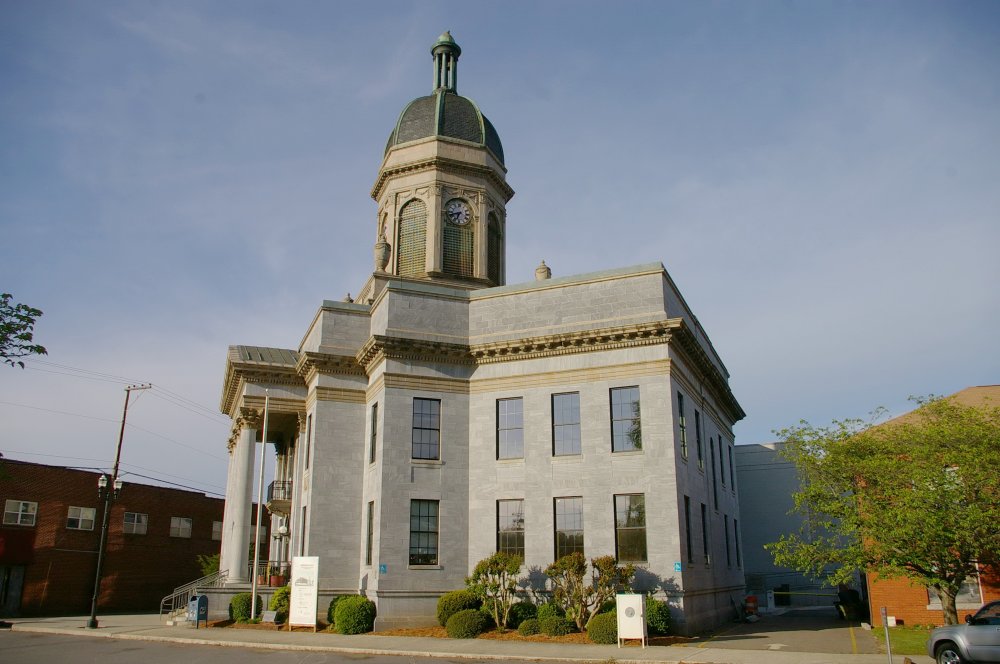 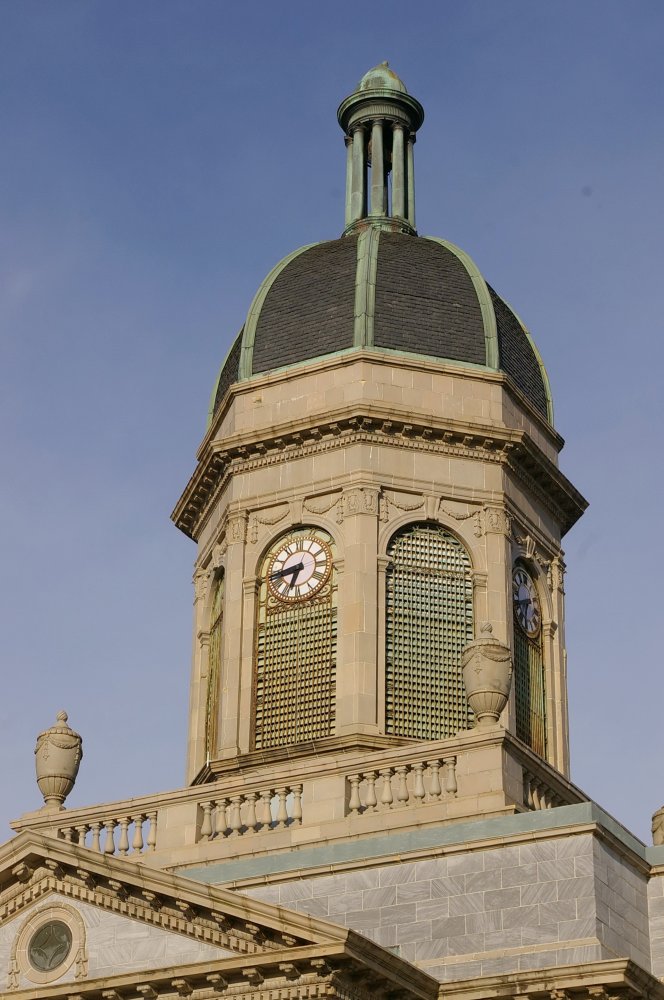 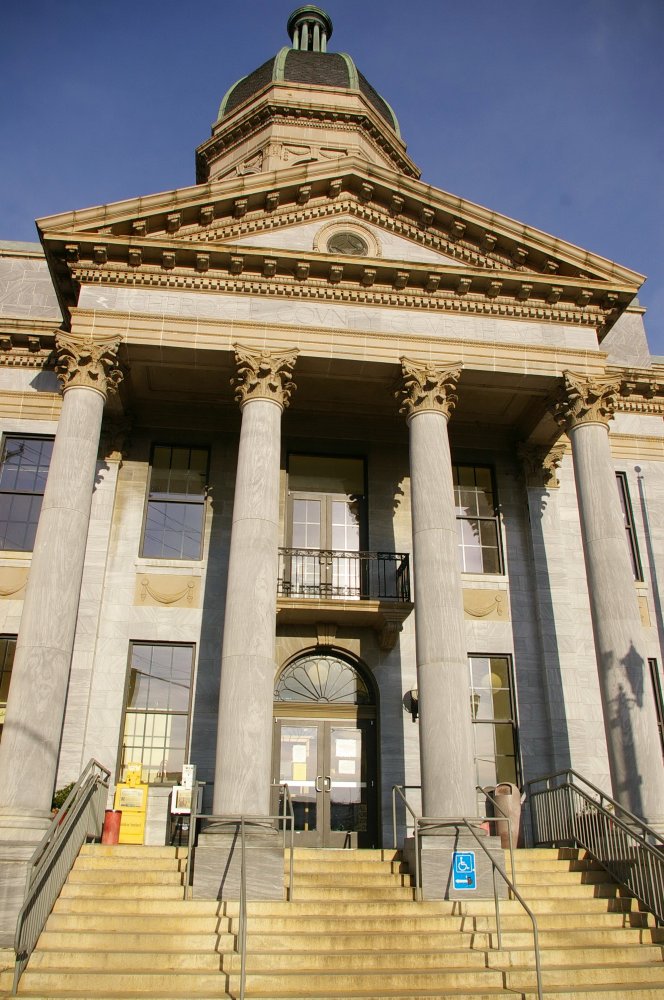