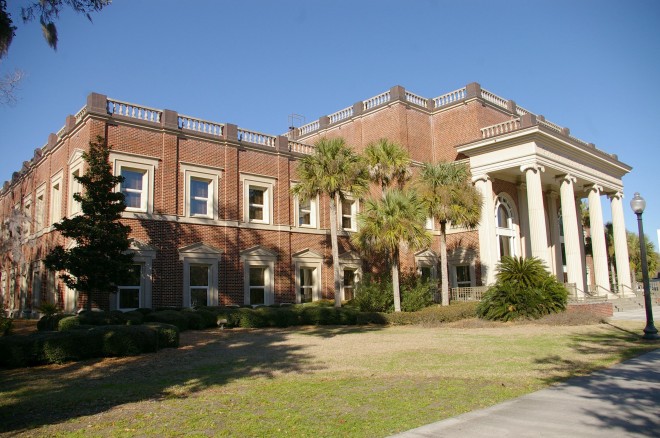 Glynn County is named for John Glynn, who was a member of the British House of Commons who supported the American colonies.

Description:  The building faces south and is a two story red colored brick and concrete structure. The south front has a large portico supported by four large white columns. Above the portico is a balcony. The entrance is arched with white colored trim. A balustrade runs along the roof lines. A horizontal narrow stone band runs below the second story windows. The old courthouse is located to the south. 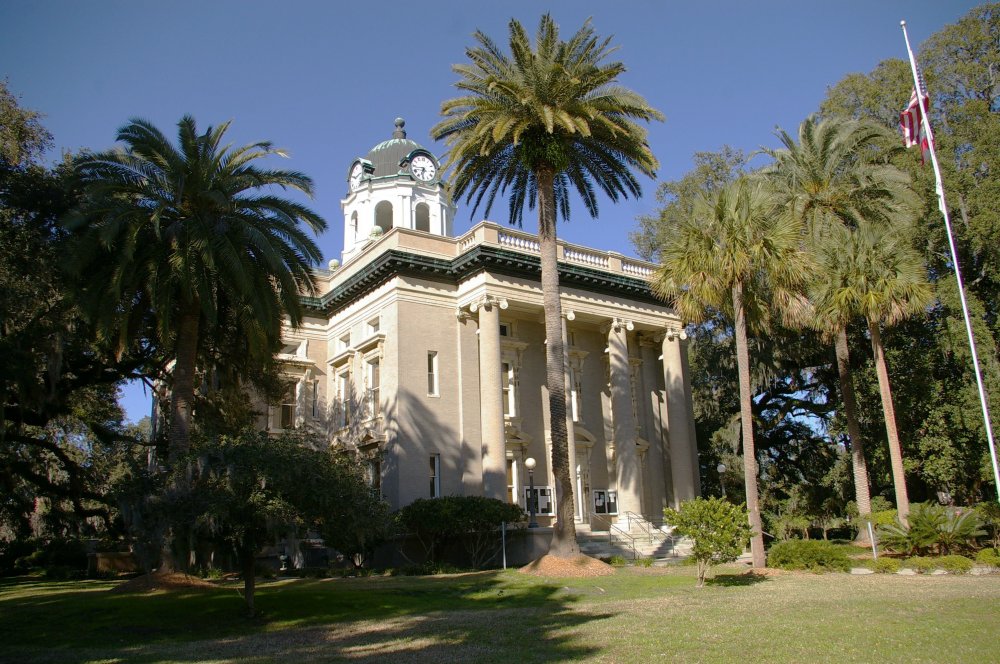 Description:  The building faces south and is a two story buff colored brick and stone structure. The south front has a large portico supported by four large columns rising to a wide header. Above the header is a balustrade. There are east and west wings which extend slightly from the main building. On the center of the roof is a octagonal open sided white dome with clock at the top and green colored roof. The building houses county offices. The new courthouse is located to the north. 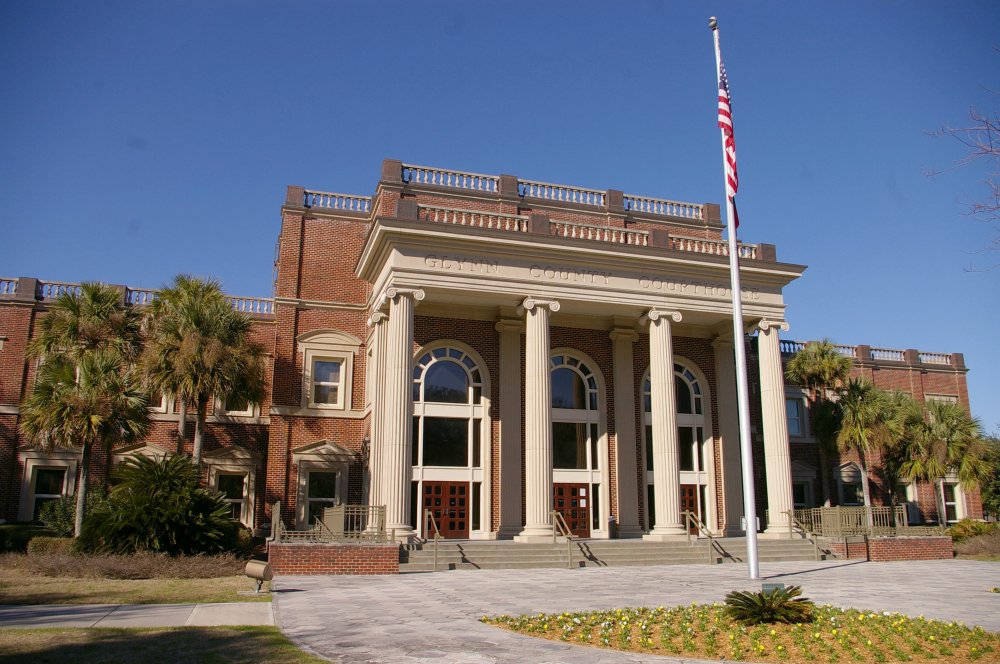 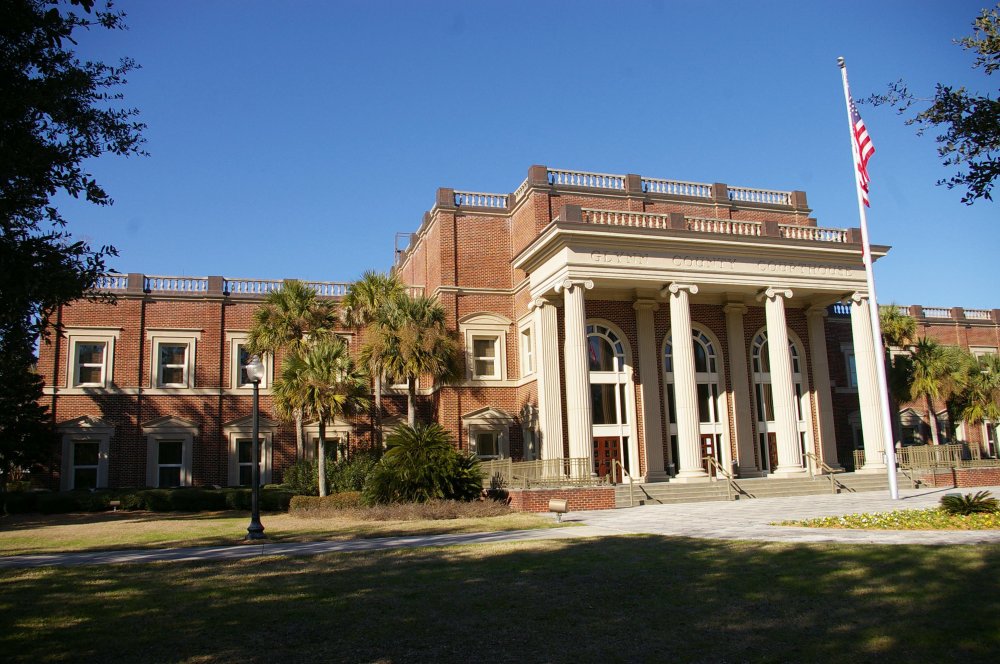 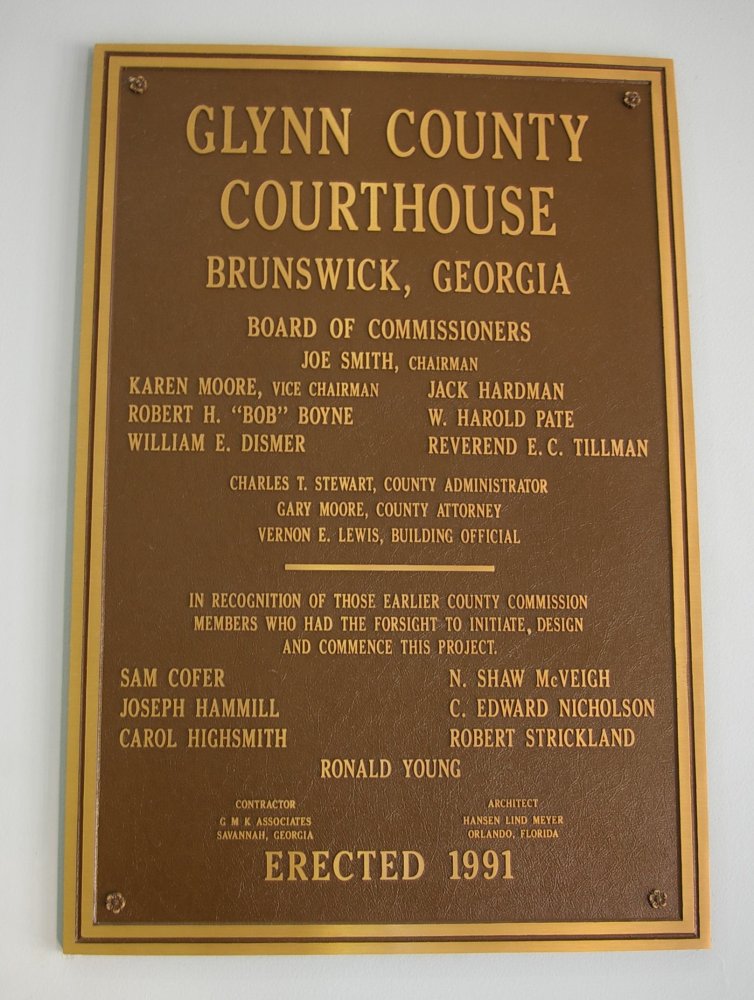 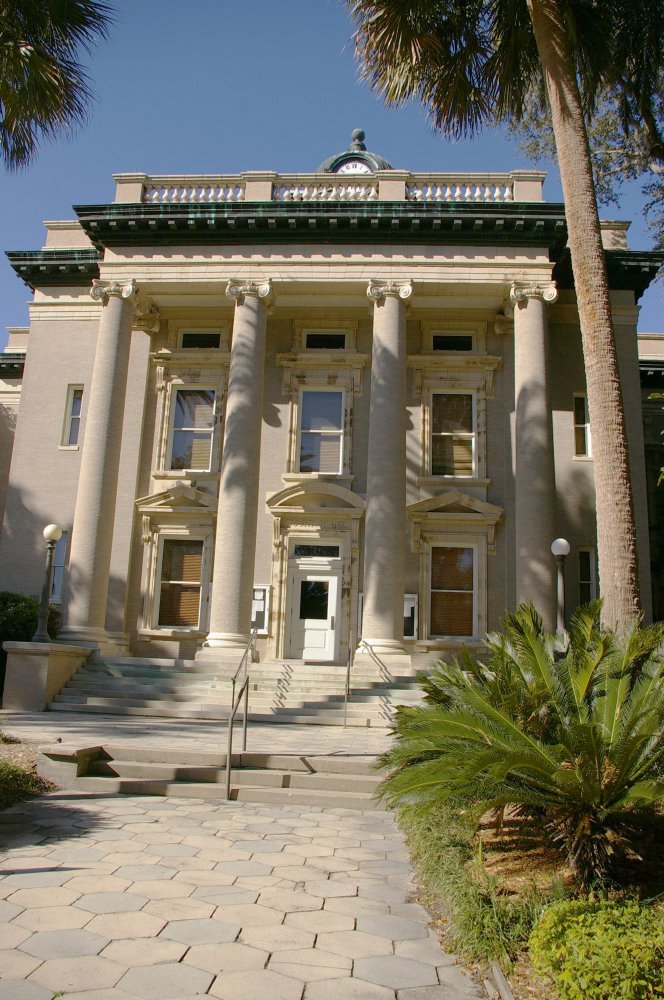 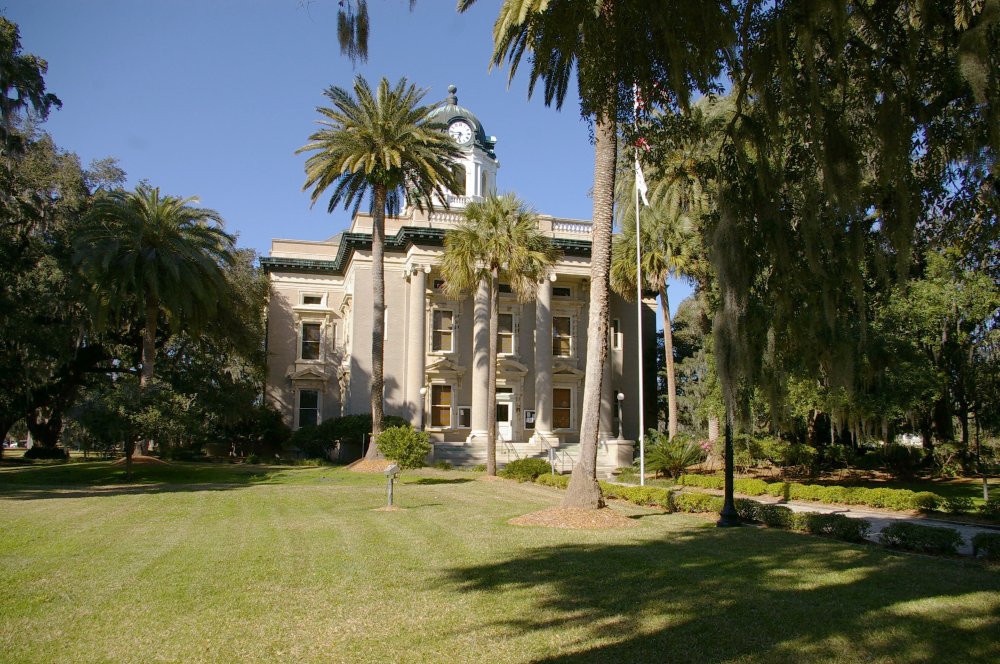 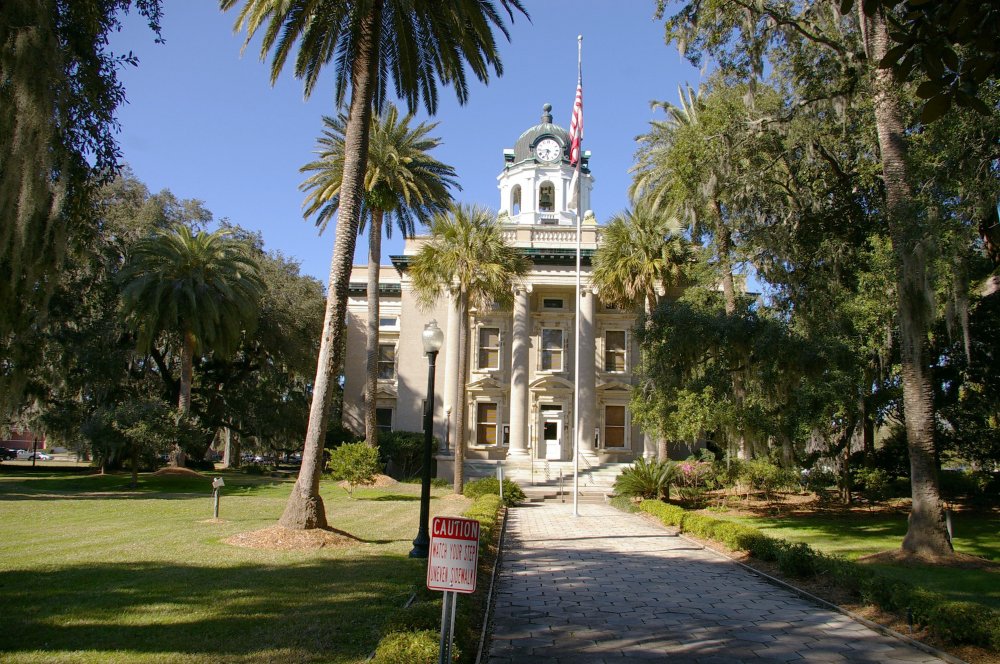 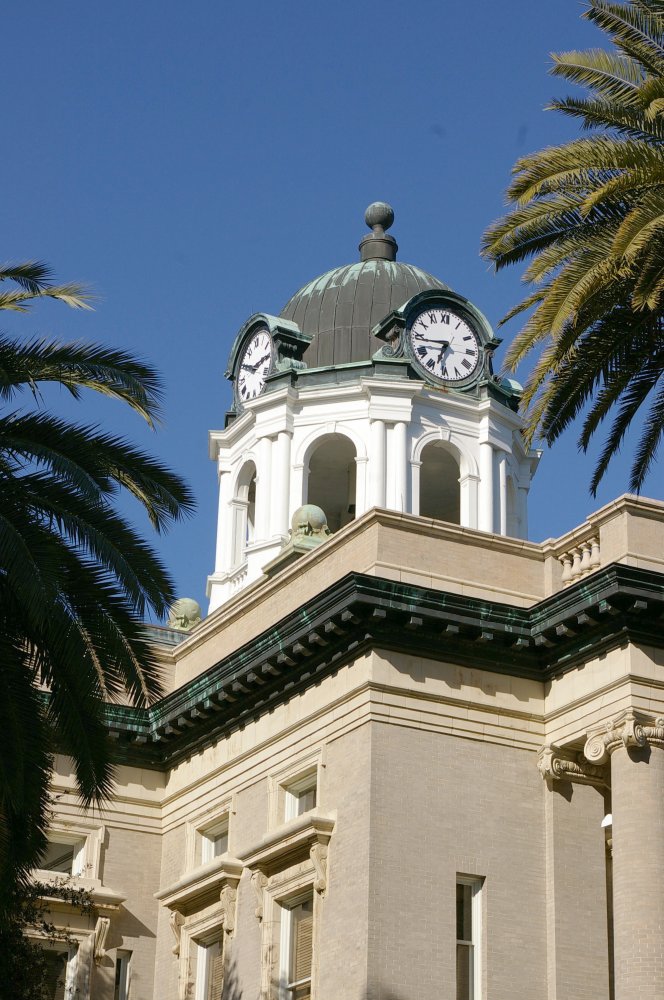 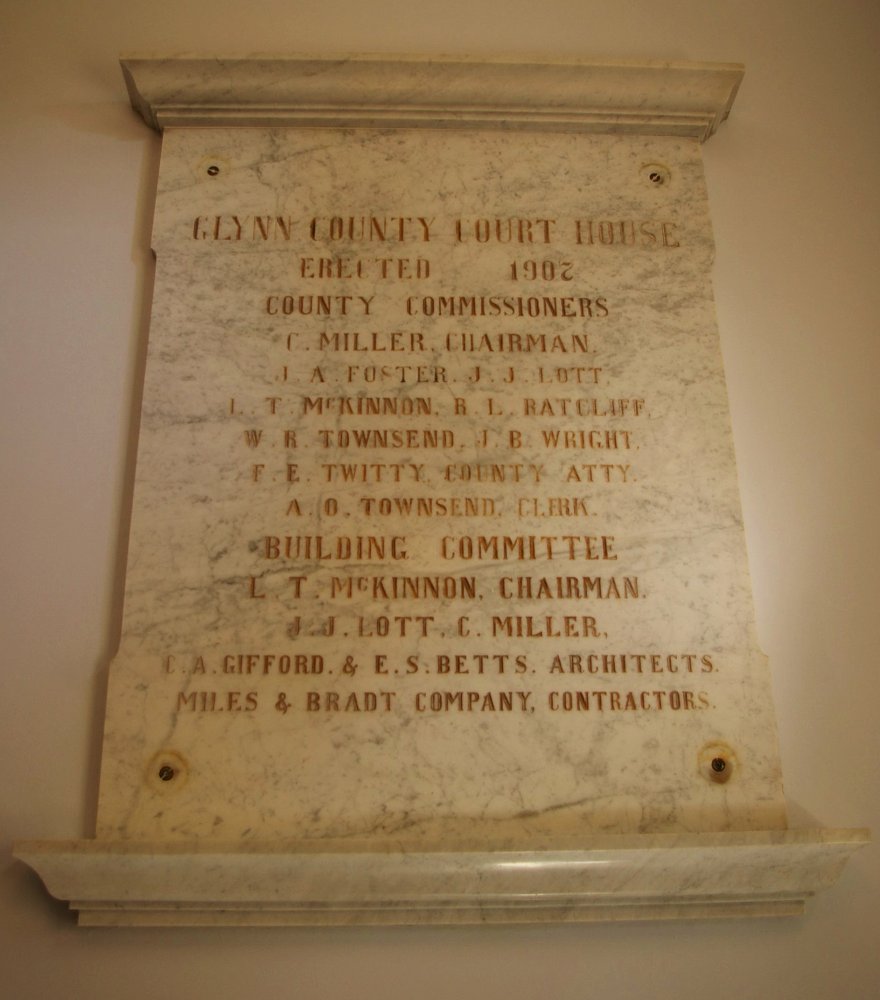 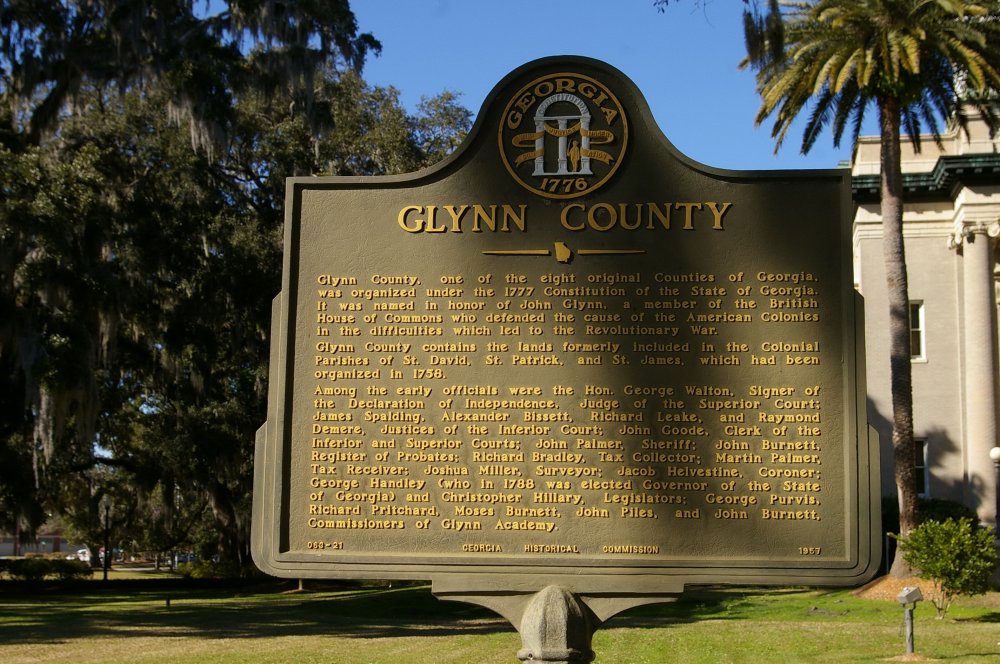