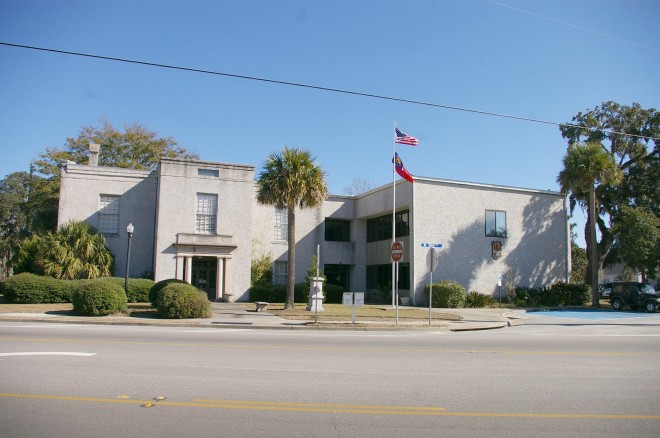 McIntosh County is named for John McIntosh, who was a captain and who led a group of Scot Highlanders in the settlement of Darien.

Description:  The building faces west and is a two story gray colored stucco structure. The building is located on landscaped grounds in the center of Darien. The west front has a central section which projects from the main building with an entrance on the first story having two columns on either side and a small balcony above. On the south is a new wing which extends northwest and has the main entrance at the junction with the old section. The building was remodeled after a fire in 1931. There was an addition added on the south side in 1980. The architect was John J Harte Asoociates of Atlanta and the contractor was Massee Builders, Inc. of Fitzgerald. There was fire damage to the building in 1986. 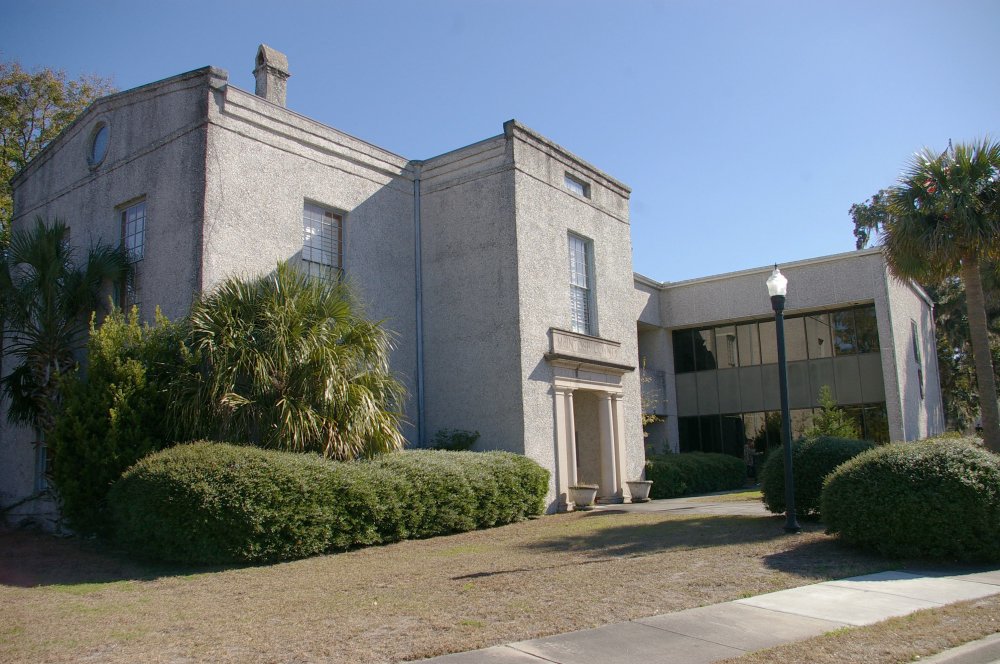 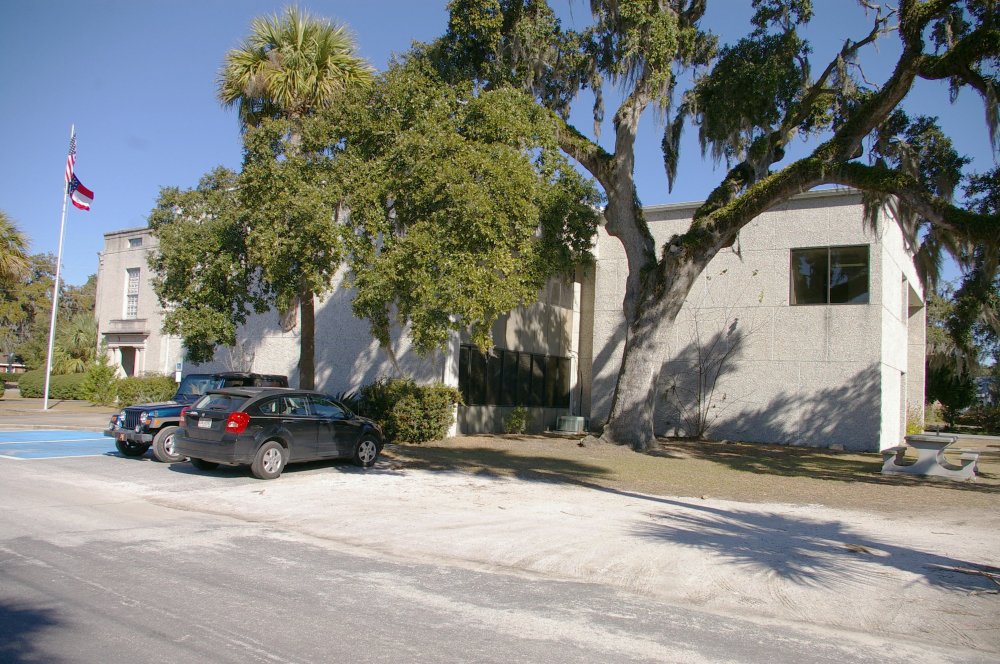 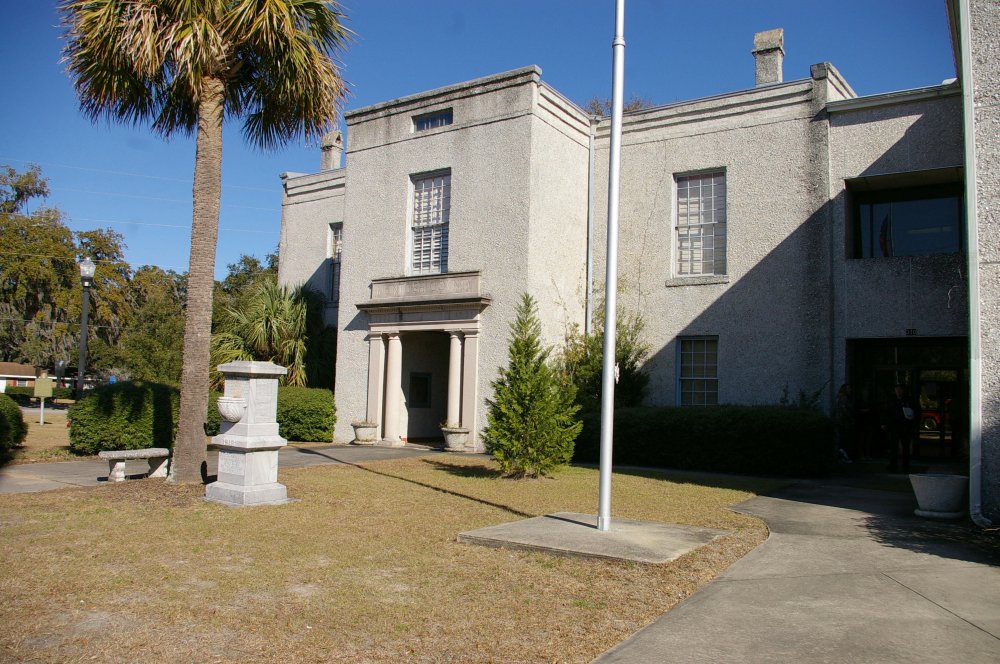 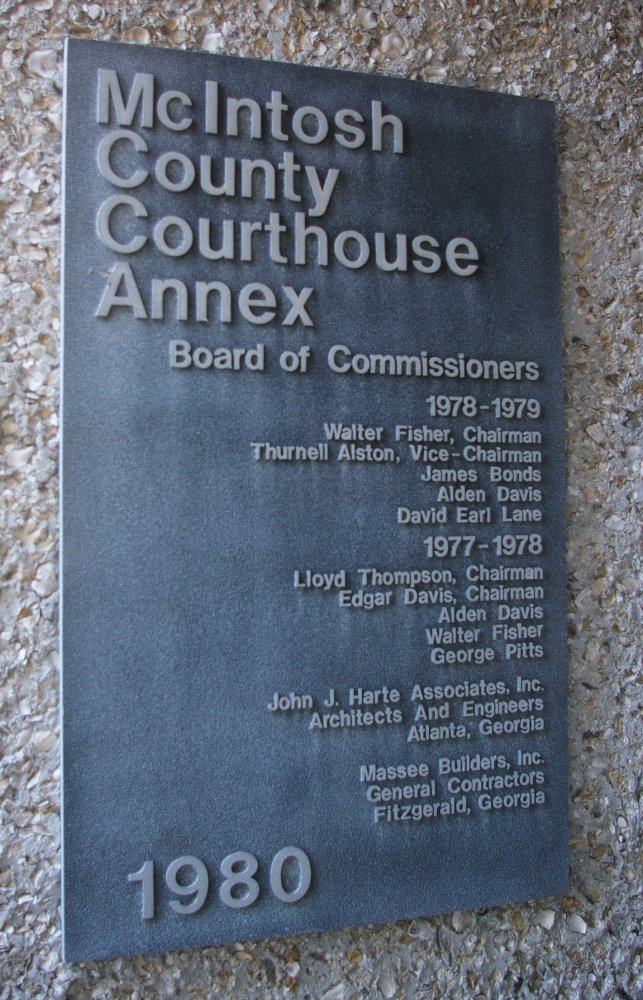 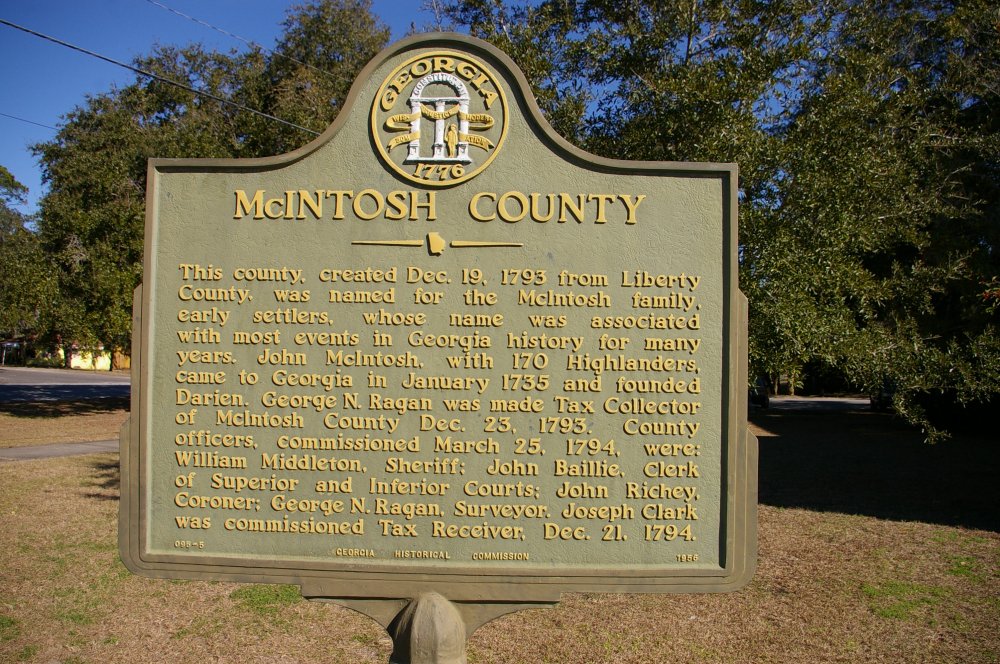