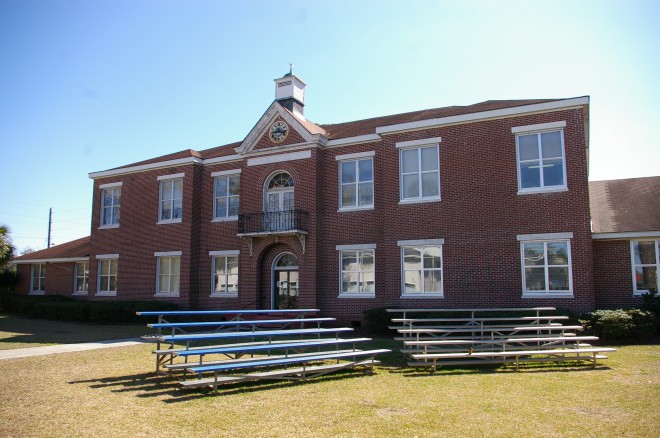 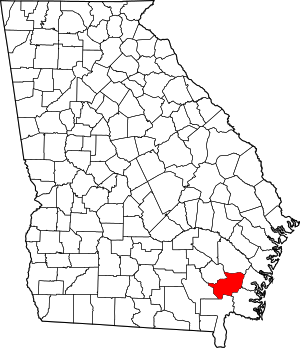 Description:  The building faces north and is a two story red colored brick and concrete structure. The building is located on landscaped grounds in the center of Nahunta. The north has a central section which projects slightly with an arched entrance on the first story and an arched window with balcony on the second story. Above is a peak with clock and a small square cupola on the peak. The east and west wings are one story. The building was renovated in 1978 and an addition was added. The architect was O’Steen-Suttles of Douglas and the contractor was Watson-Yeargan, Inc. of Jesup. 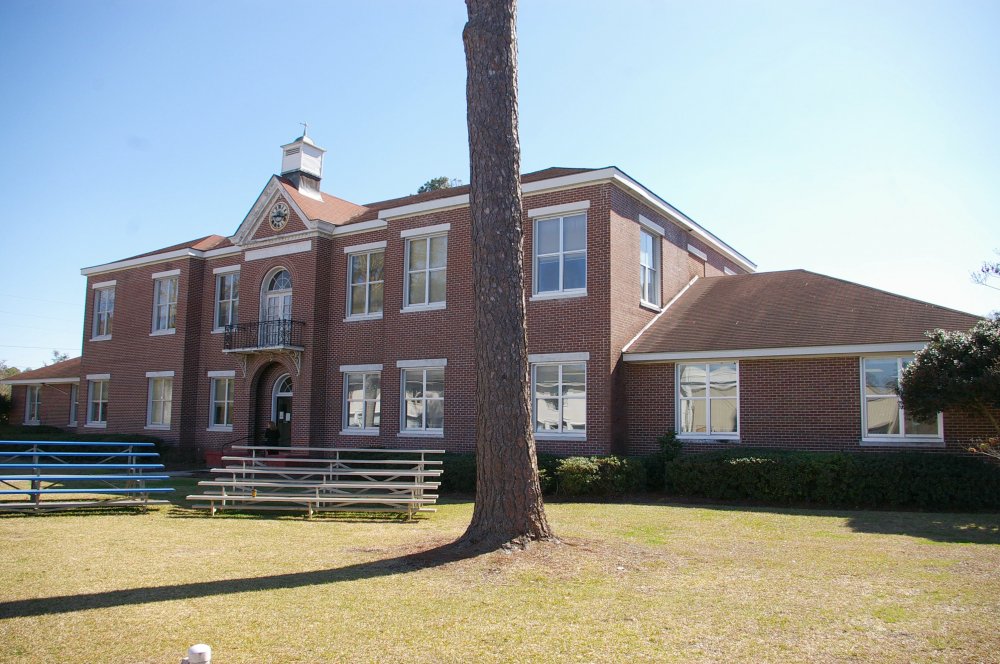 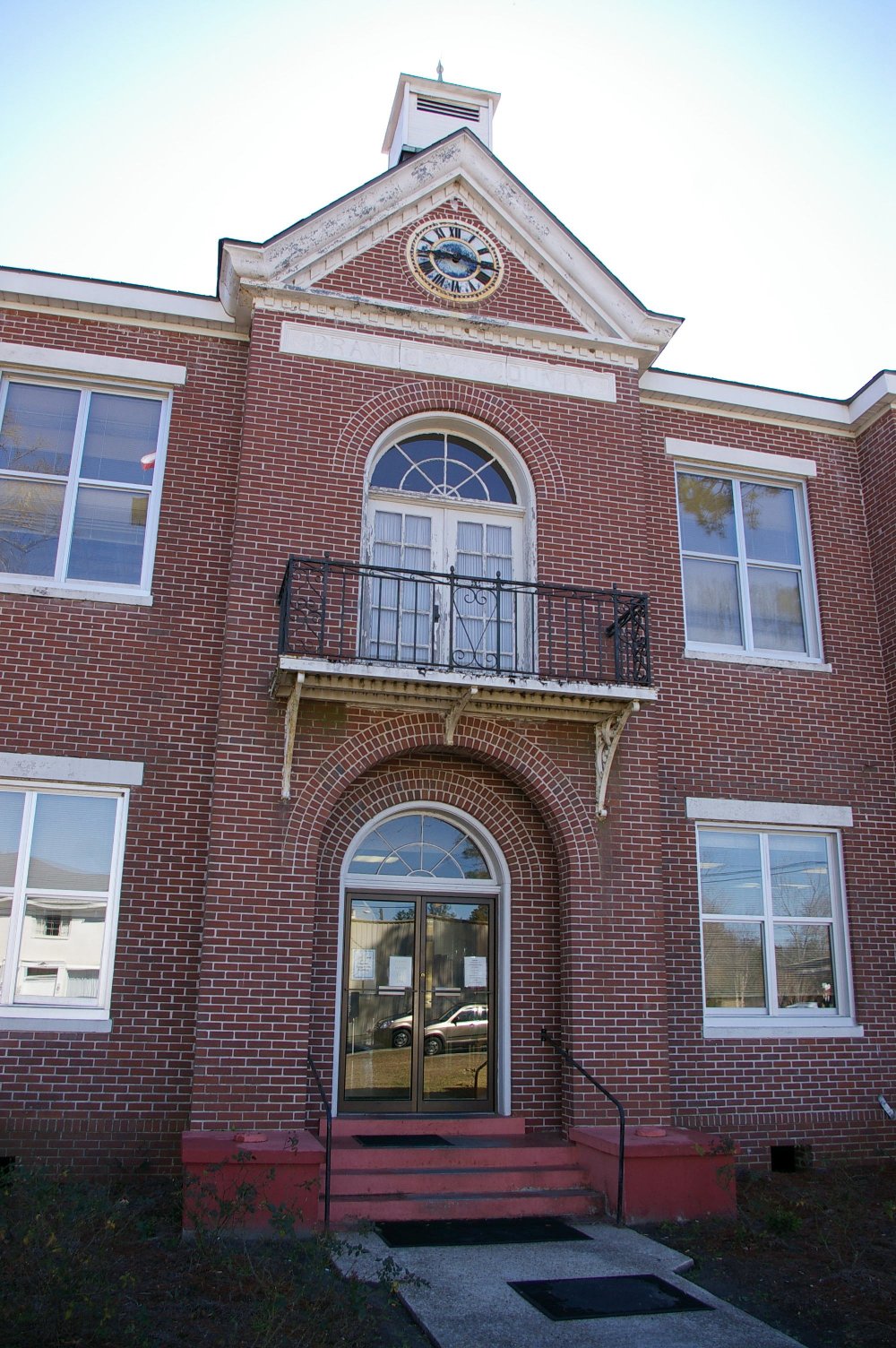 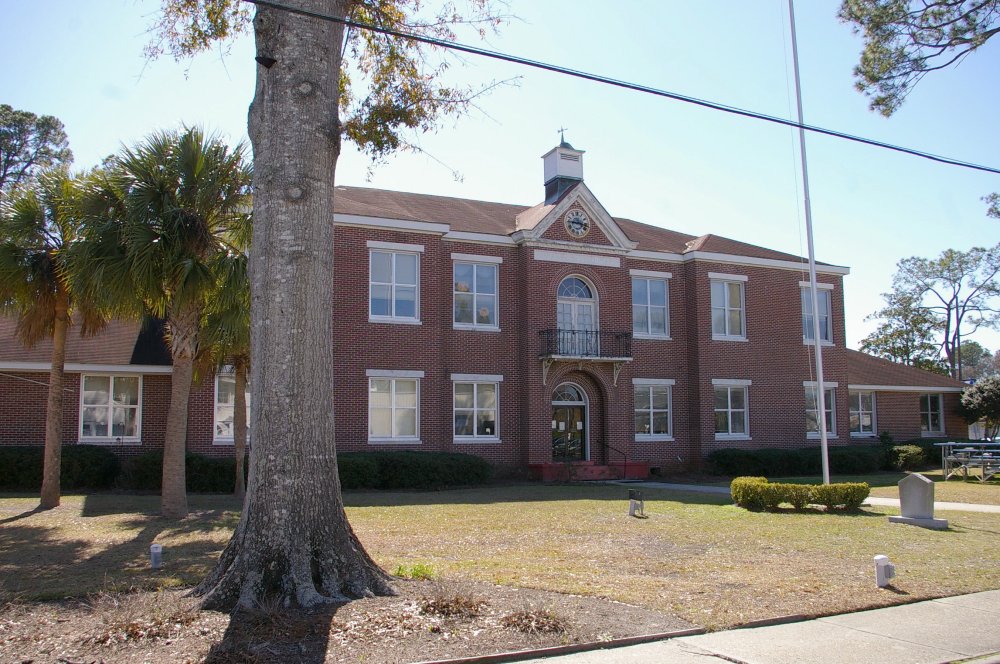 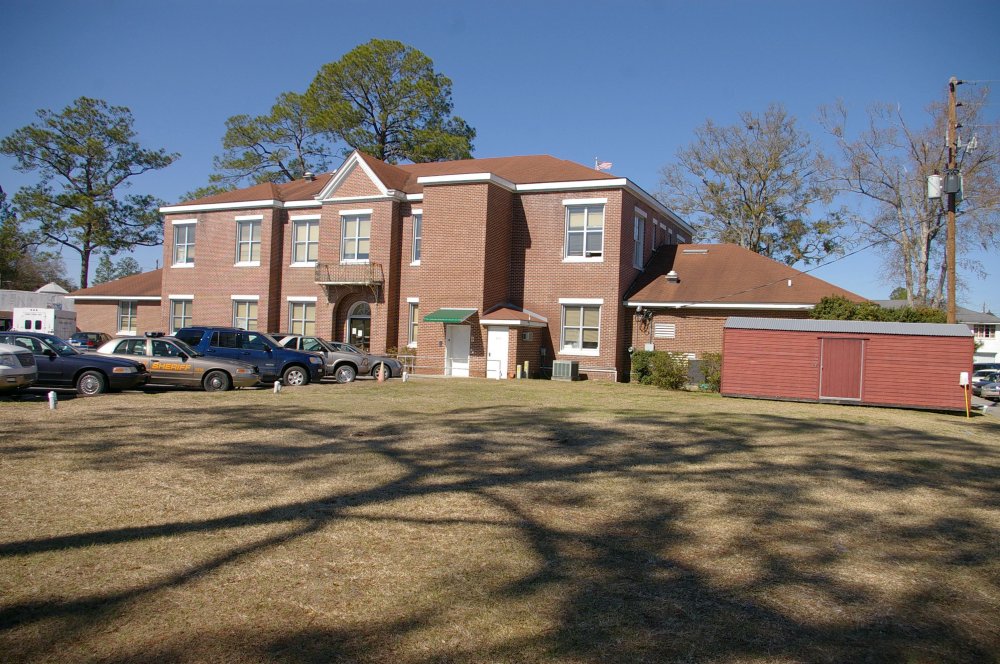 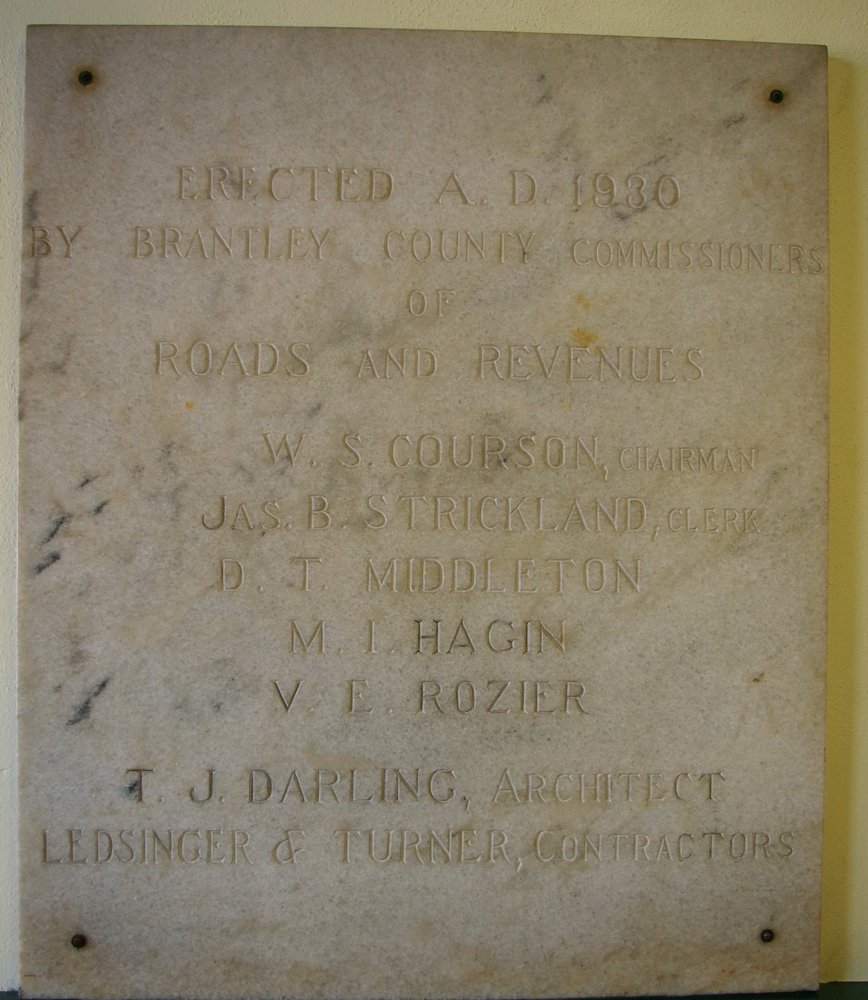 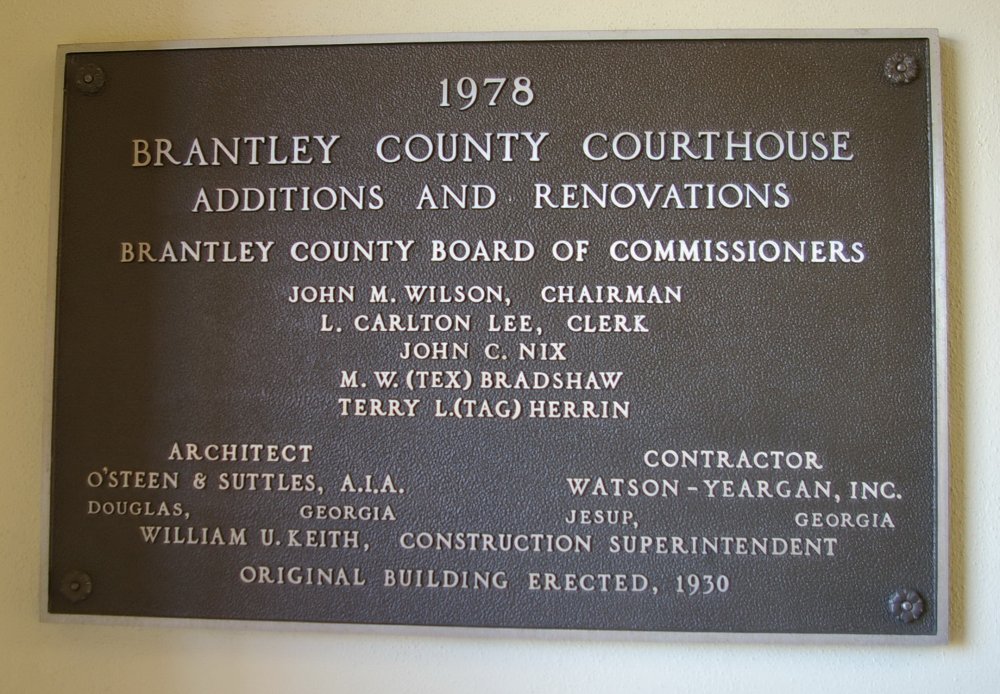