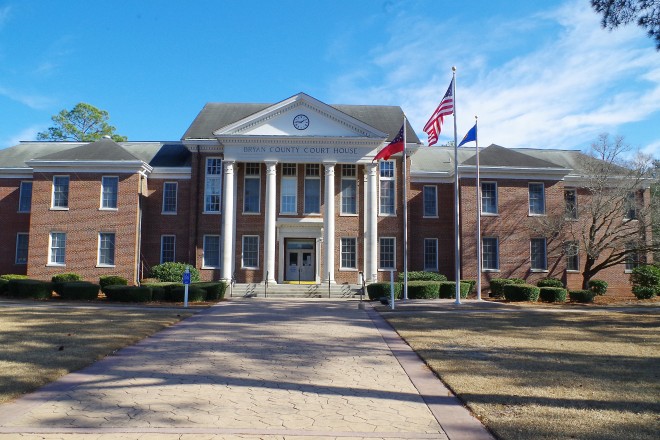 Bryan County is named for Jonathon Bryan, who was an American Revolutionary War partisan.

Description:  The building faces west and is a two story red colored brick, stone and concrete structure. The building is located on spacious landscaped grounds in the center of Pembroke and the west front has a large portico supported by four large white colored columns rising to a pediment with a clock at the roof line. On the north and south, the center sections project from the main building. The building has a hipped roof. The building was renovated in 1990. The architect was Edwin C Eckles and the contractor was Stewart & Associates Construction Inc. In 1993, an addition was constructed on the east side. The architect was Eckles, Martin & Rule Architects PC and the contractor was Charles H Wilkinson Company.