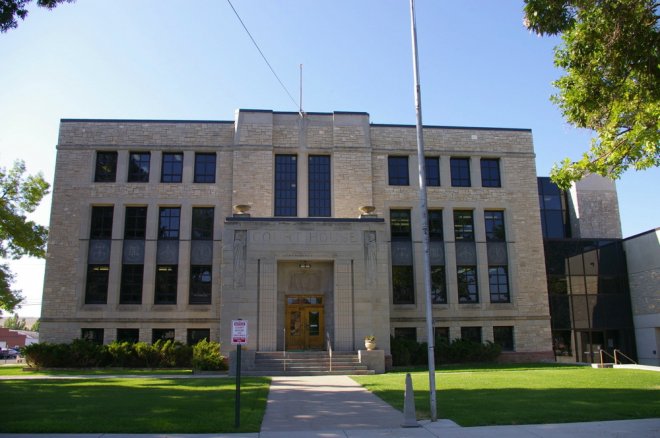 Hot Springs County is named for the hot springs located in the county.

Description:  The building faces north and is a three story buff colored brick, concrete and glass structure. The building is located on landscaped grounds in the center of Thermopolis. The building has a raised basement. The north front has a projecting center section rising one story with a recessed entrance. Above are two vertical windows on the second and third stories. The third story has small square windows. The roof line is flat. In the interior, the decoration is Art Deco. The courtroom is located on the second story. The building houses the County District Court and County Circuit Court of the 5th Judicial District. The building was a Federal Emergency Administration Project under the Works Project Administration. On the west side is an addition constructed in 1982. The architect was Edwards and Daniels and the contractor was Sletten Construction.

Description:  The building faces west and is a one story buff colored brick, stone and concrete structure. The building is located on landscaped grounds in the center of Thermopolis to the south of the courthouse. The stone parapet is inscribed in relief. There is a terra cotta brick cornice supported by stone pilasters and a floral and dentil frieze. The building was constructed for the Wyoming Trust Company and served as a courthouse from 1937 to 1939.

Description:  The building faces north and is a two story red colored brick, stone and concrete structure. The building is located on landscaped grounds in the center of Thermopolis to the south of the courthouse. There is a flat diamond brick pattern of colored brick which appears to be “woven” into the parapet and set apart by a brick “frame.” Lentils above the second story windows are set off by stone diamonds and squares. There is also a stone frieze with brick patterns between the parapet windows. The second story served as the courtroom from 1937 to 1939. The first story was the post office from 1917 to 1925. .

History: The county was created in 1911 and Thermopolis was selected as the county seat. The county used rented premises. In 1937, the first courthouse was a one story structure built in 1922 to 1923 located at Broadway and 5th Street. The courtroom was located on the second story of the building on the southwest corner. The buildings are still standing. The second and present courthouse was constructed in 1938 to 1939. 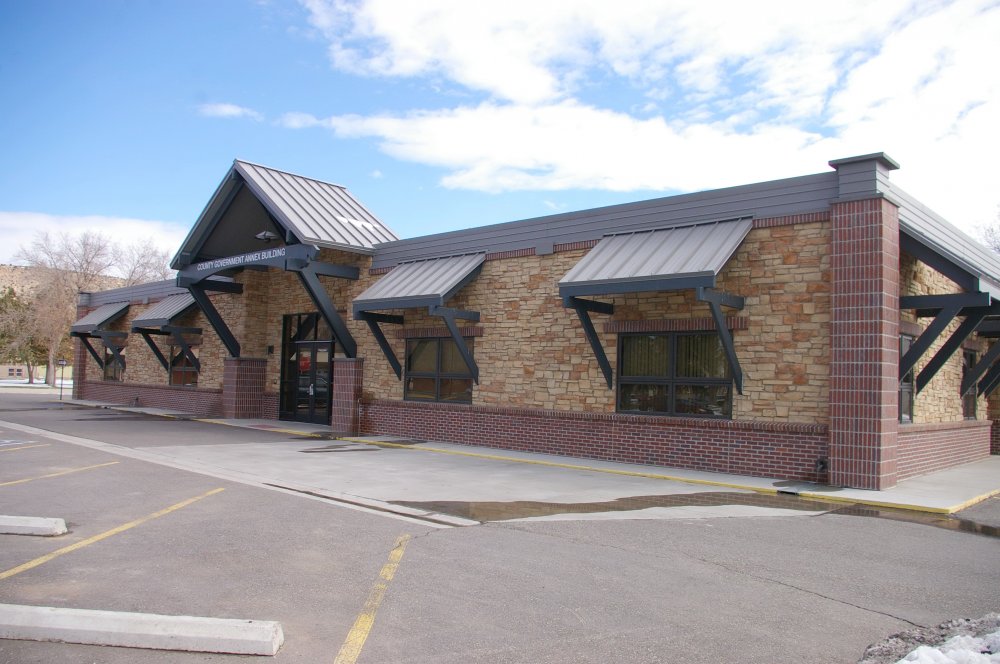 Description:  The building faces west and is a one story. The building is named as the County Government Annex Building. 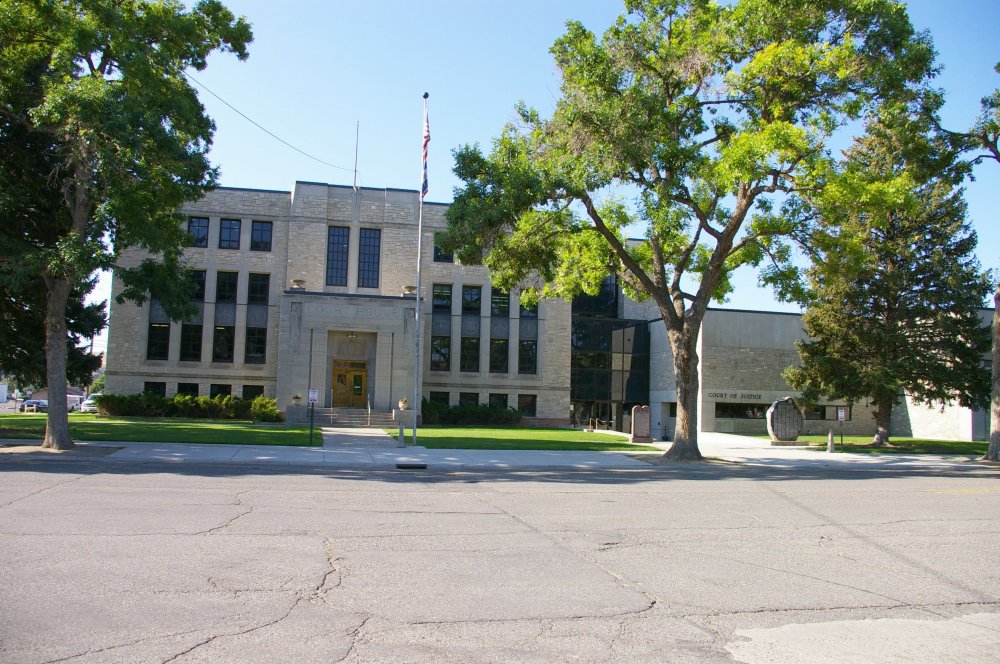 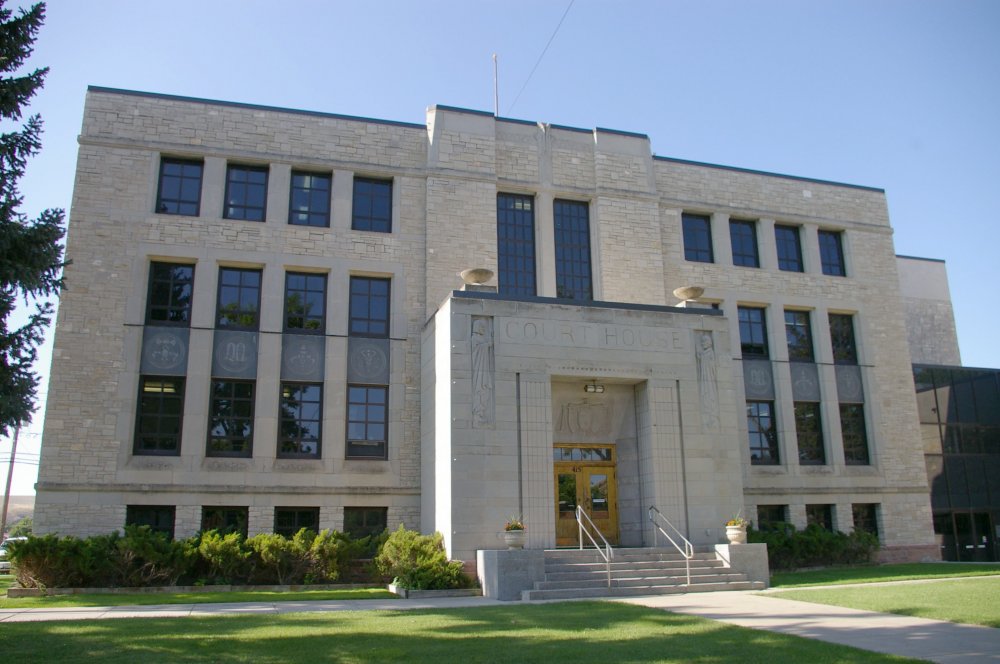 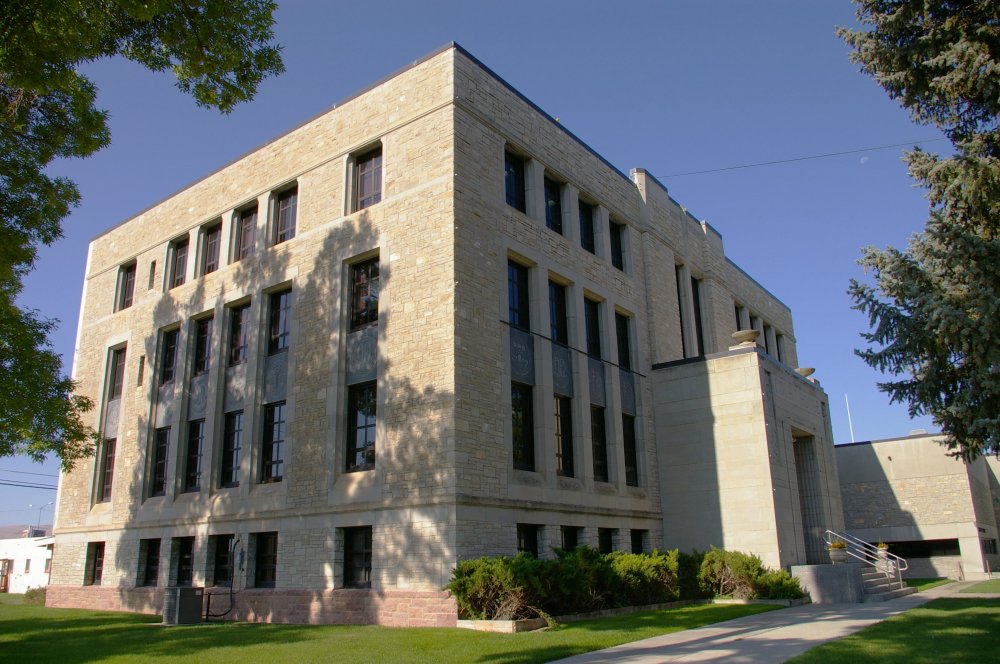 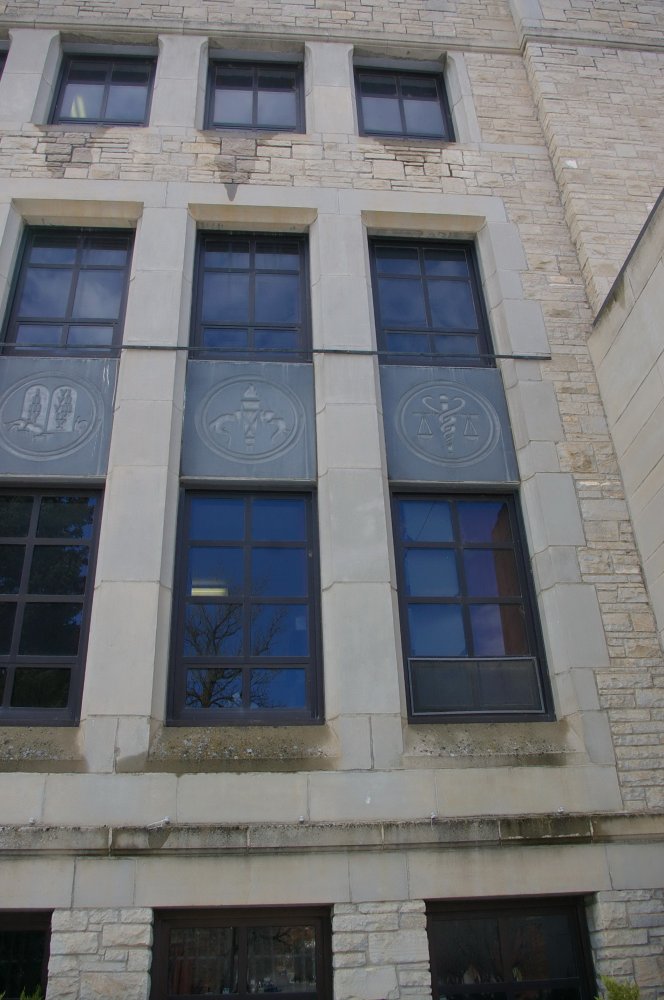 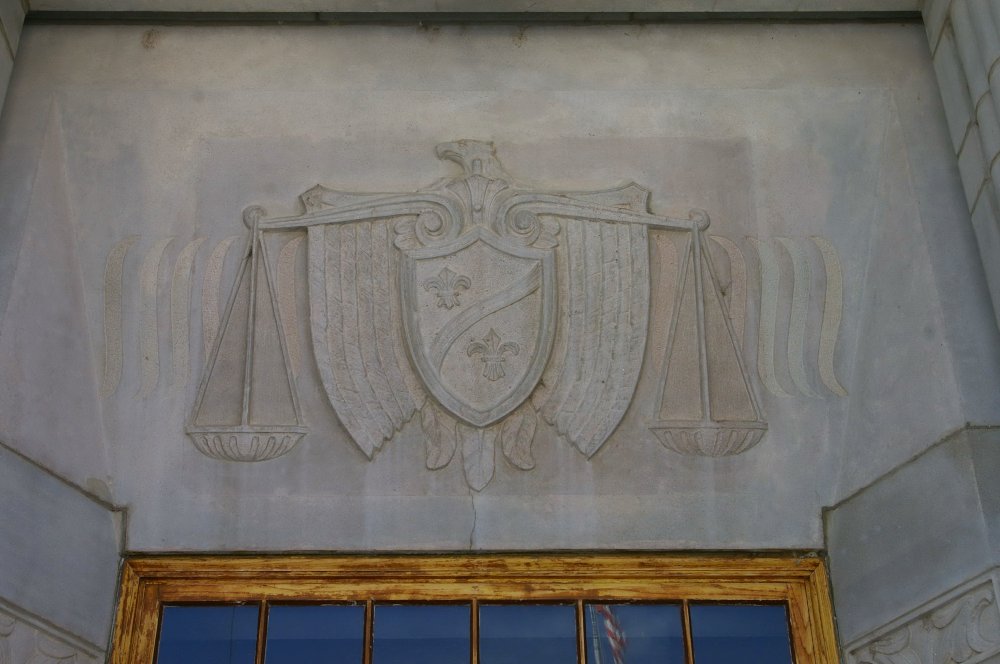 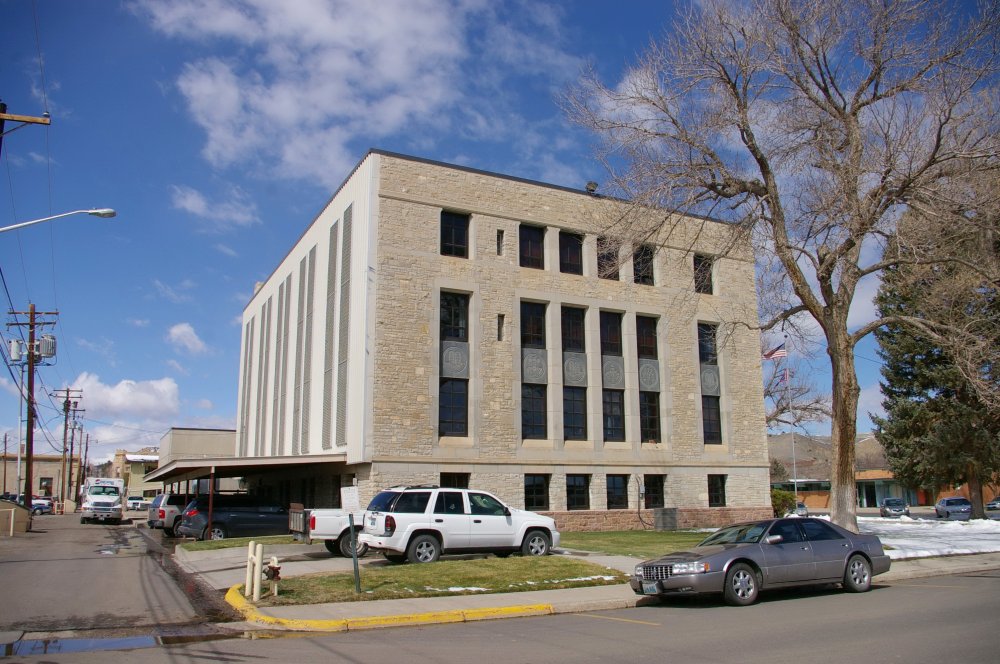 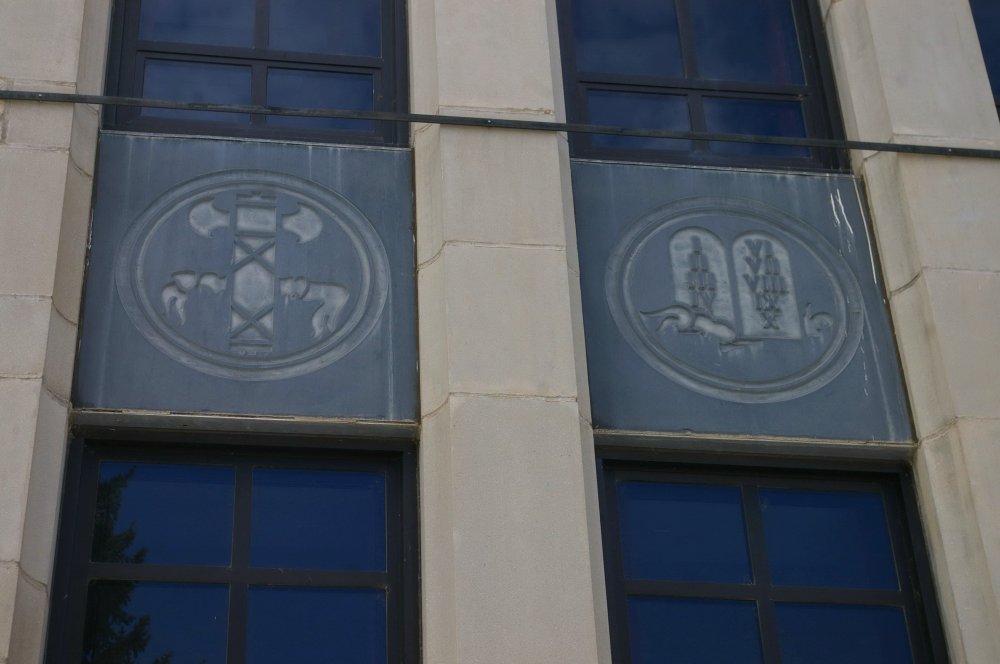