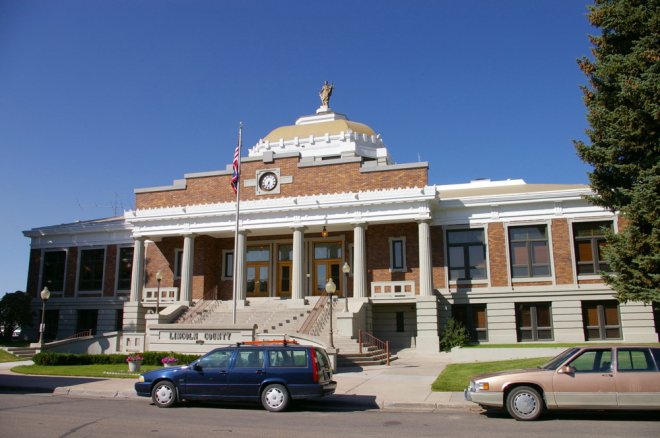 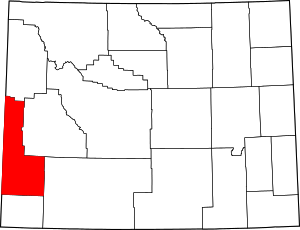 Description:  The building faces east and is a two story red colored brick and concrete structure. The building is located on landscaped grounds in the center of Kemmerer. The exterior of the building consists of multicolored brick and poured concrete walls aligned in a modified cruciform plan. A new concrete extension attached to the back or west facade acts as a connector between the courthouse and a new office building. The building has a raised stone basement. The east front has wide steps leading up to the second story and a large portico supported by six Doric columns rising to a wide stepped brick parapet wall with clock. Poured concrete caps decorate the upper portion of the courthouse. The roof is divided into several components: one dome and three slightly pitched deck-on-hip roofs. On the center of the roof is a large square dome with gold colored roof and with the Statue of Justice on the top. Ornamented stained glass skylights as part of the hipped roofs provide filtered sunlight to the chambers below. In the interior, a great deal of the original white oak moldings and doors have survived. An atrium defined by metal railings placed in an octagonal shape is located at the center and is open from the first story basement to the dome. The courtroom is located on the second story. The building houses the County District Court of the 3rd Judicial District. The building was modified in 1985. The architect was Alfred E Lauber and the contractor was J & W Construction Company Inc. On the northwest side is the Old Sheriff Residence and on the southwest side is the modern Law Enforcement Center.

Description:  The building faces northwest and is one and two story multi colored brick, glass and concrete structure. The building is located on landscaped grounds on the west side of the center of Kemmerer. The building houses the County Circuit Court of the 3rd Judicial District.

Description:  The building faces south and is a two story cream colored stone and concrete structure. The building is located on landscaped grounds in the center of Kemmerer to the north of the courthouse. On the south front is a one story portico and on the west side is a center projection section with recessed entrance on the first story. A wide cornice runs along the flat roof line. The building served as the courthouse until 1925. 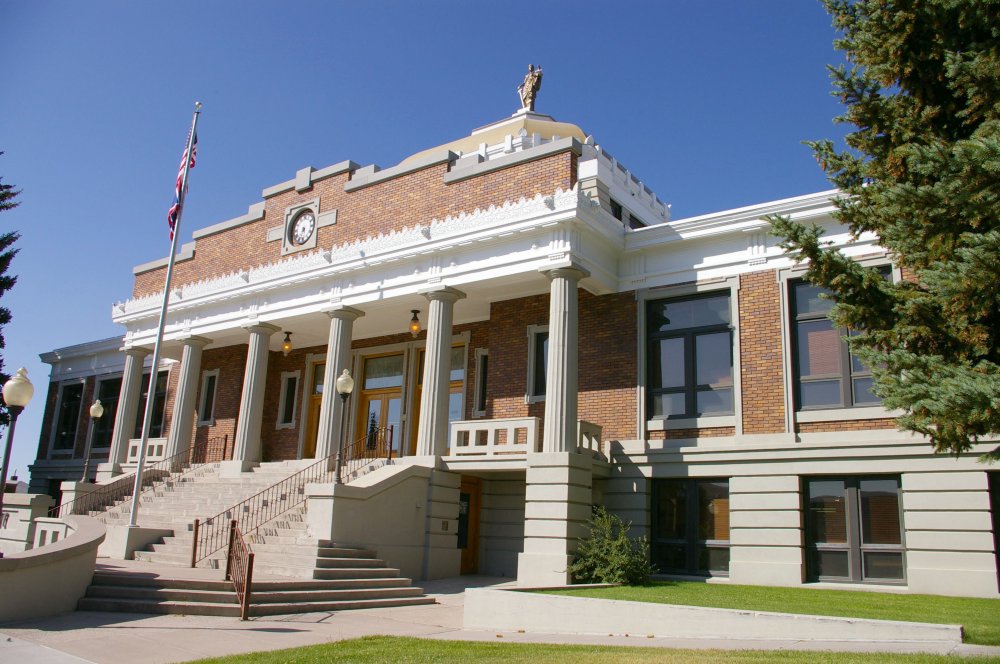 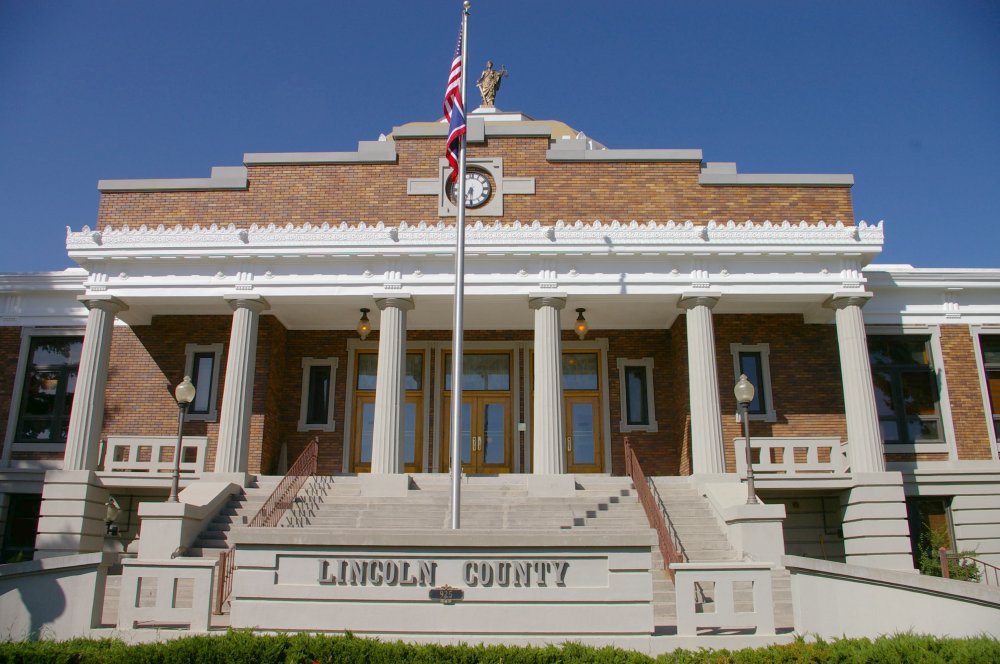 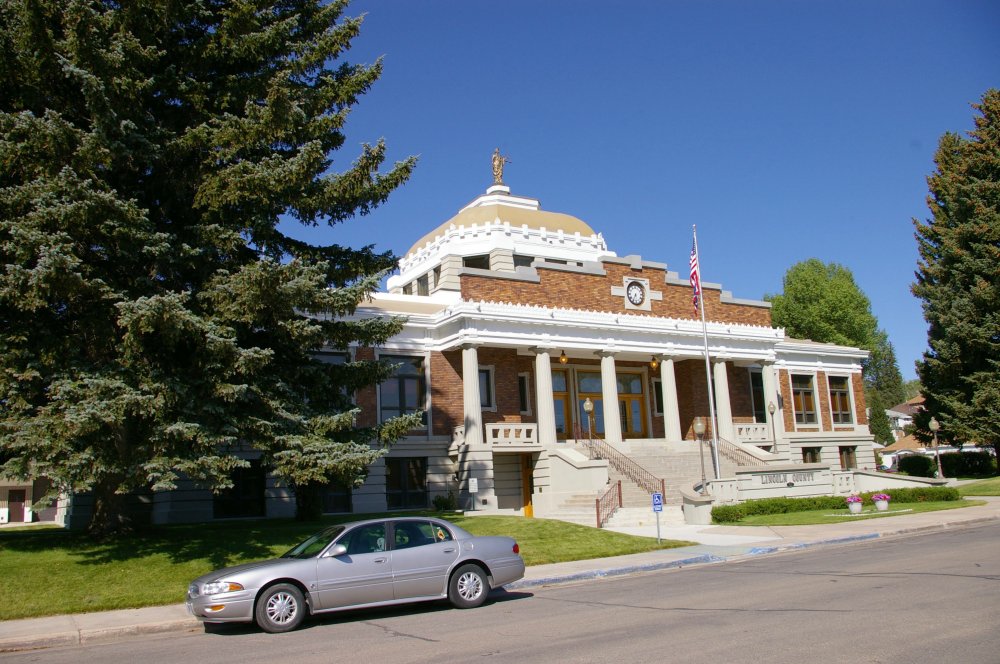 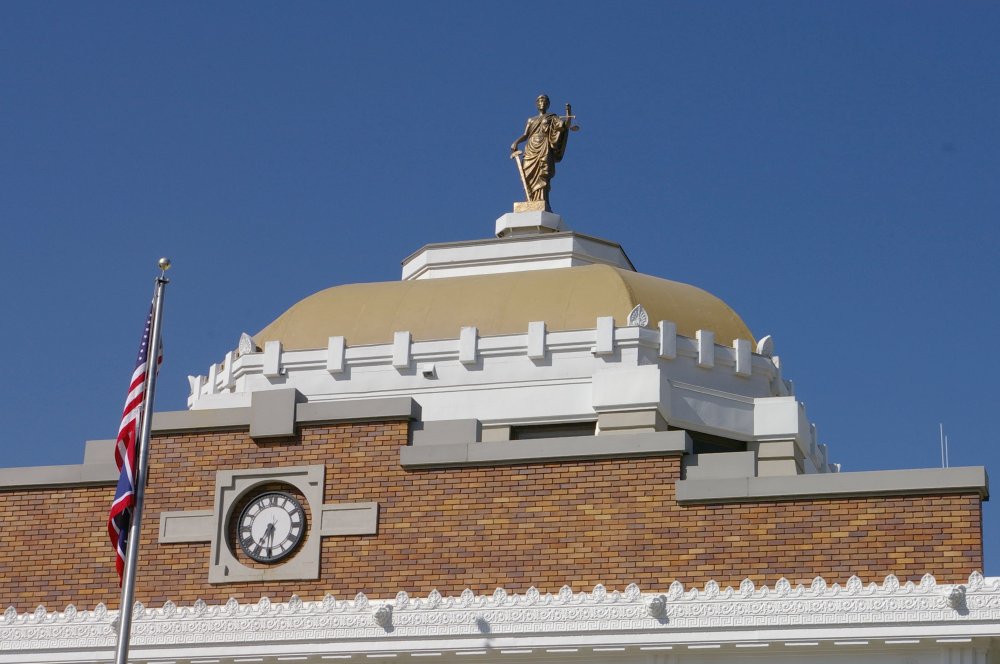 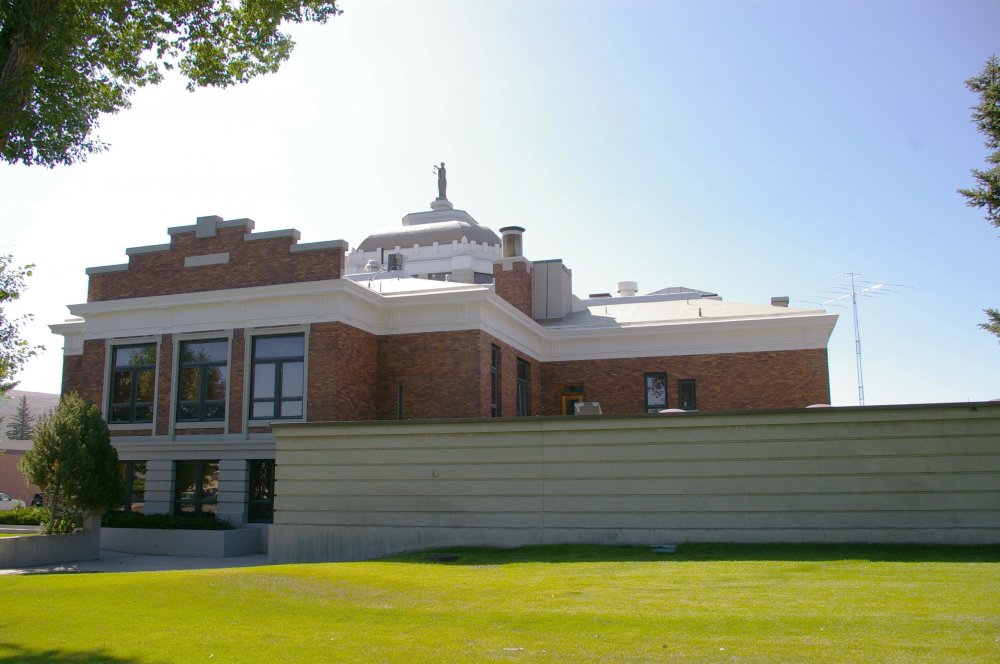 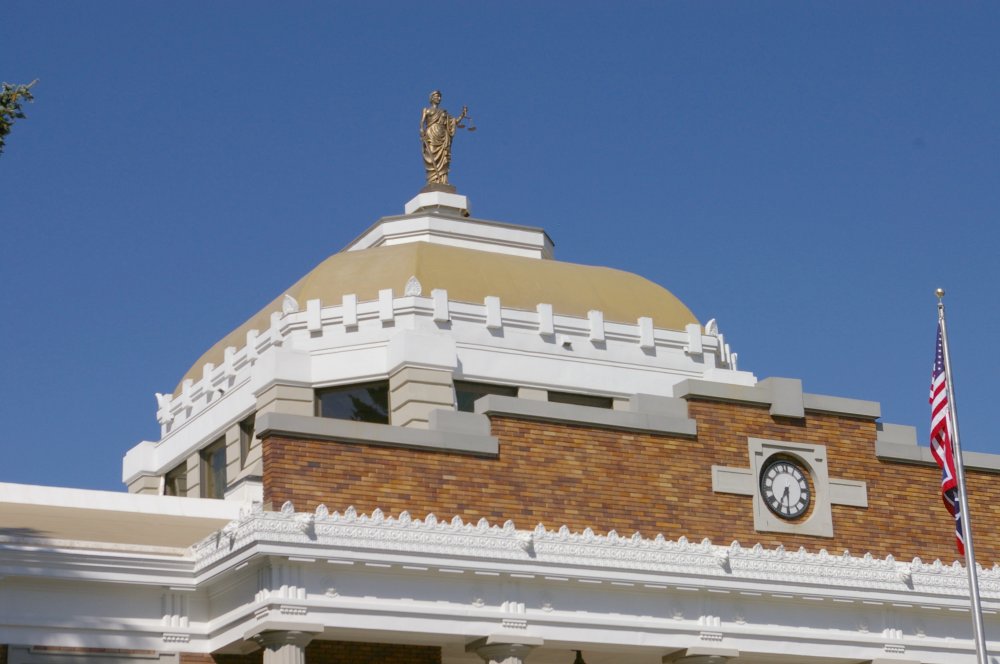 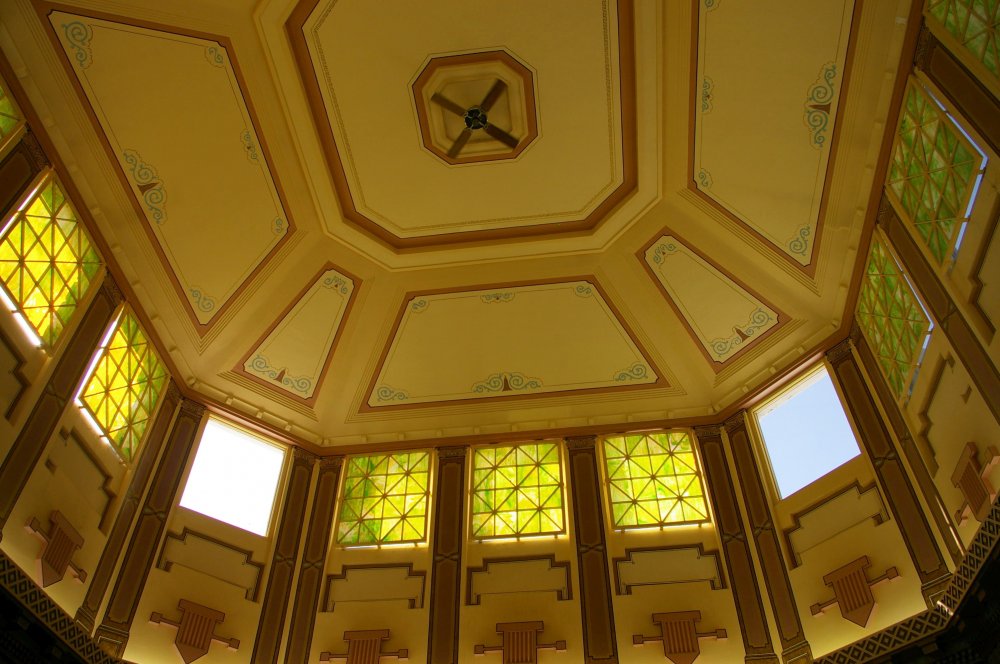 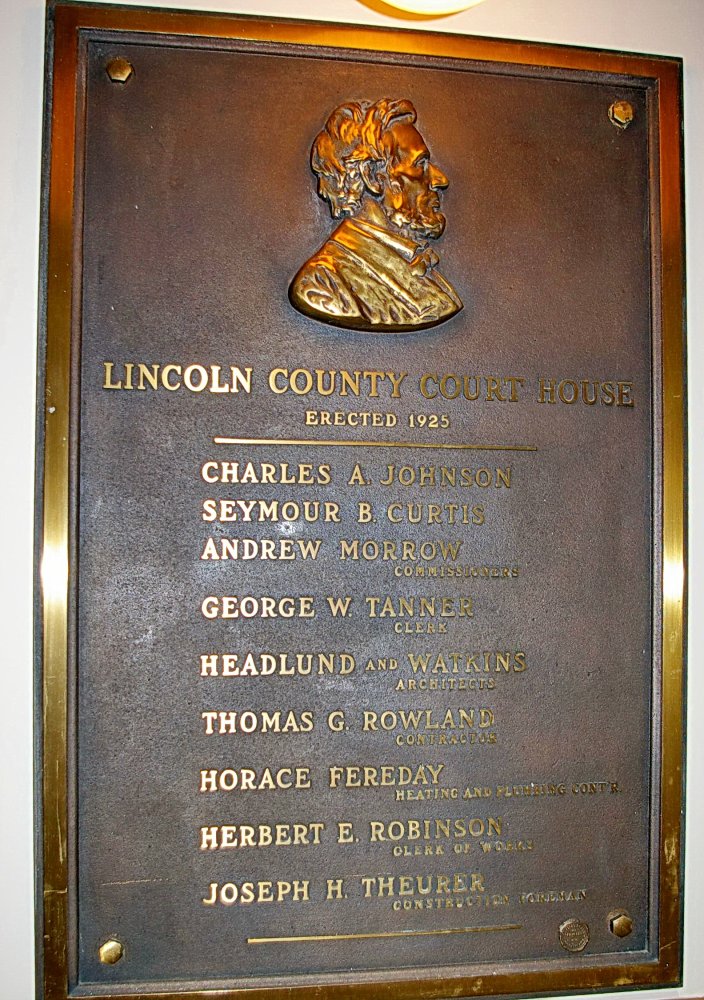 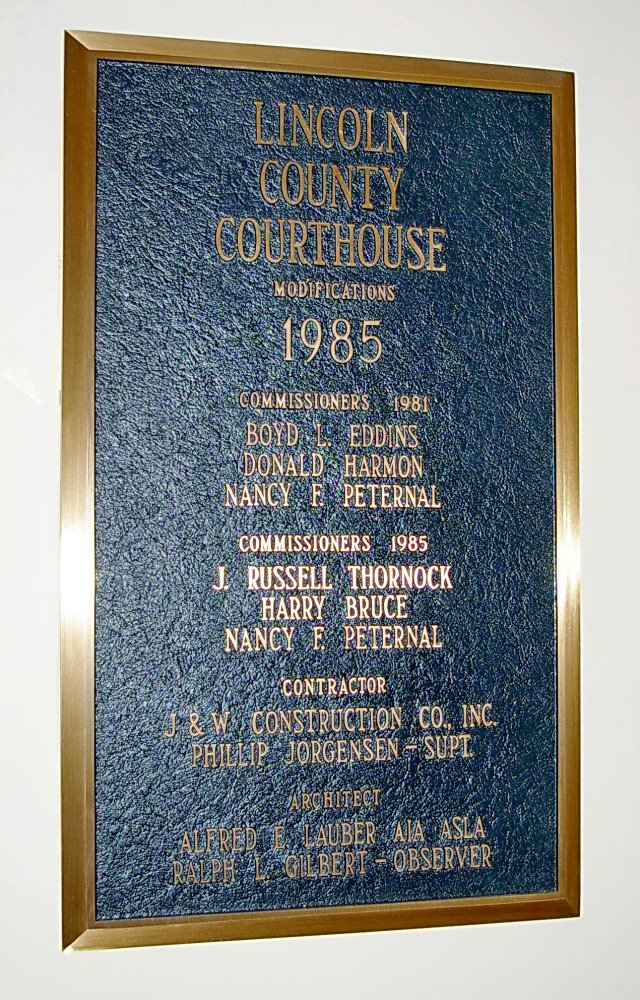 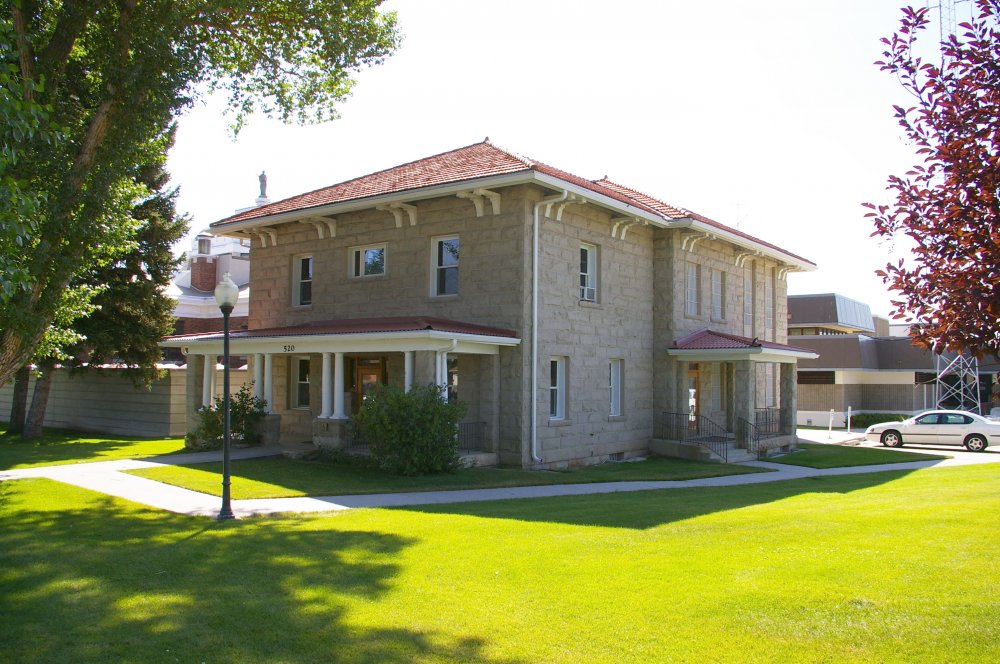