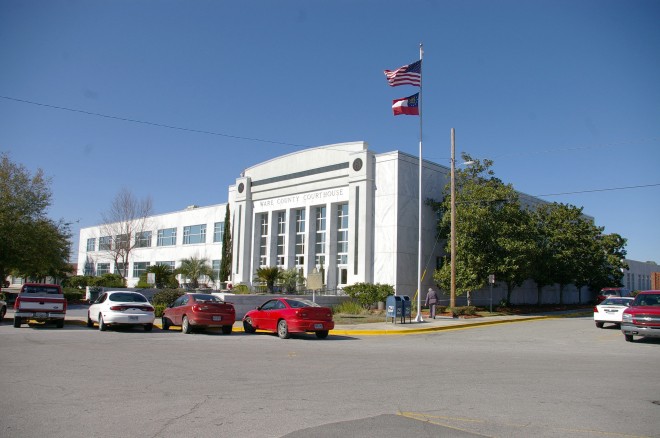 Ware County is named for Nicholas Ware, who a United States Senator. 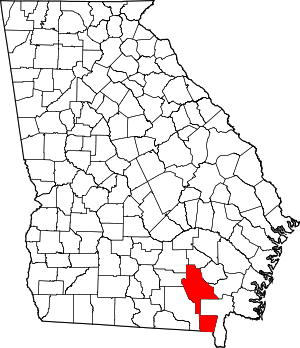 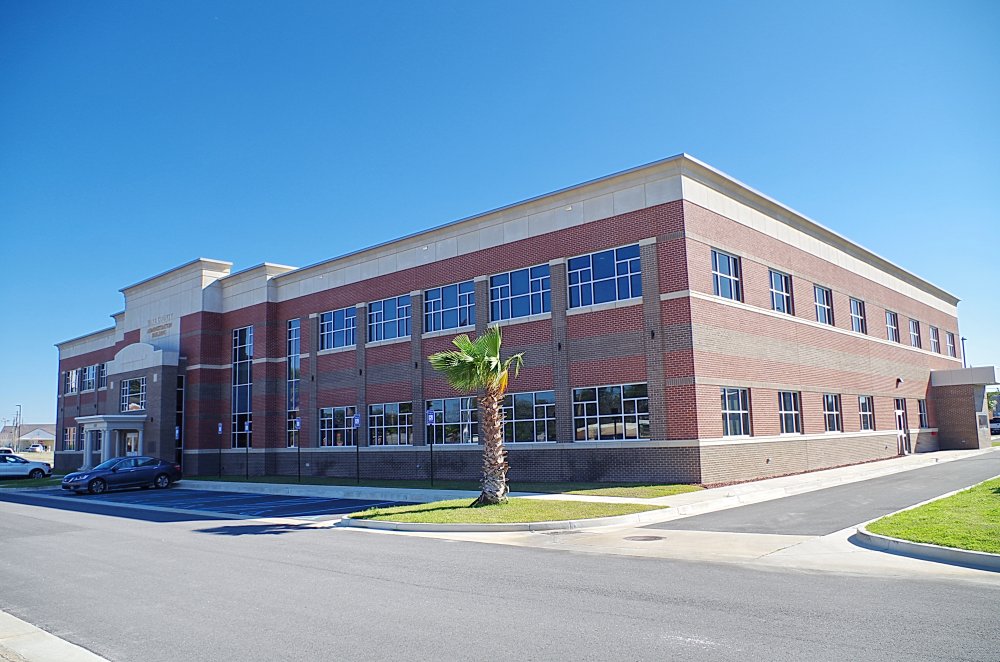 Description:  The building faces north and is a two story red colored brick and concrete structure.The building is located on landscaped grounds in the center of Waycross on the north side of the courthouse. The central entrance on the north fromt has a one story portico. The windows are horizontal. A white colored concrete band runs below the flat roof line. 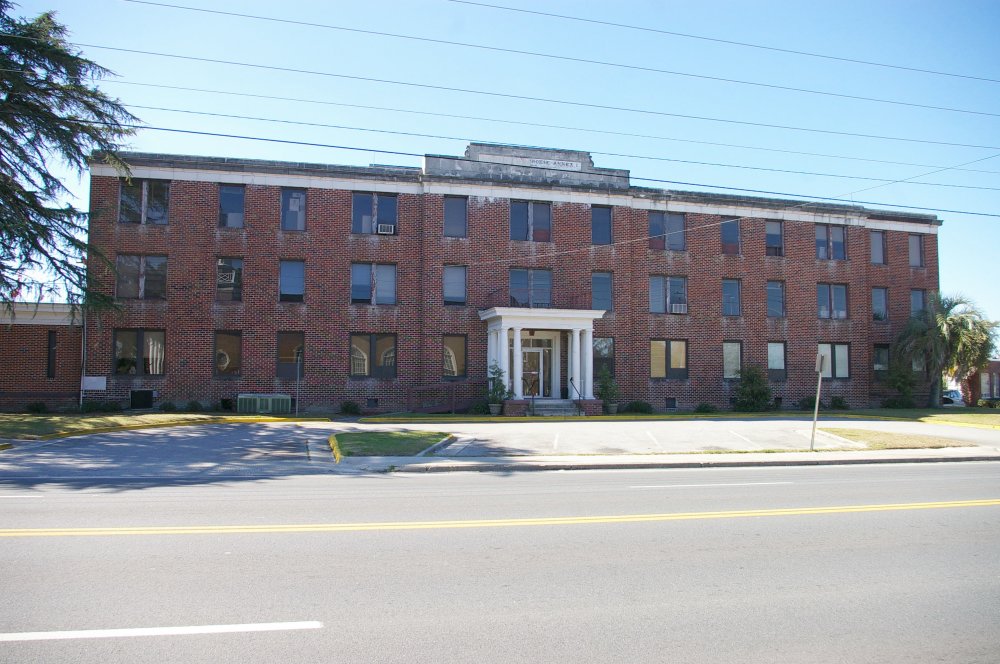 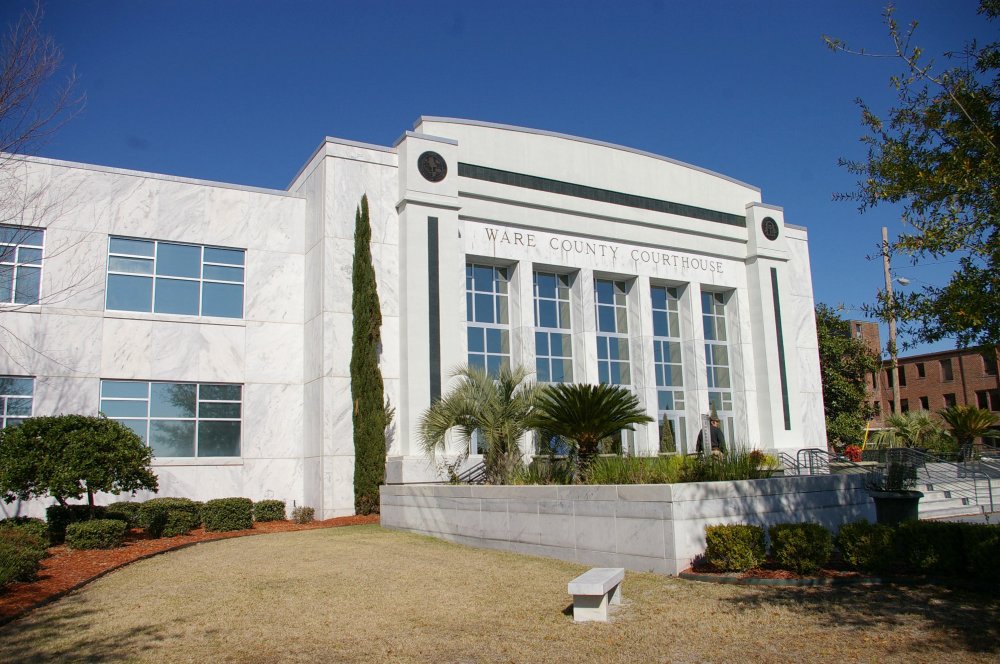 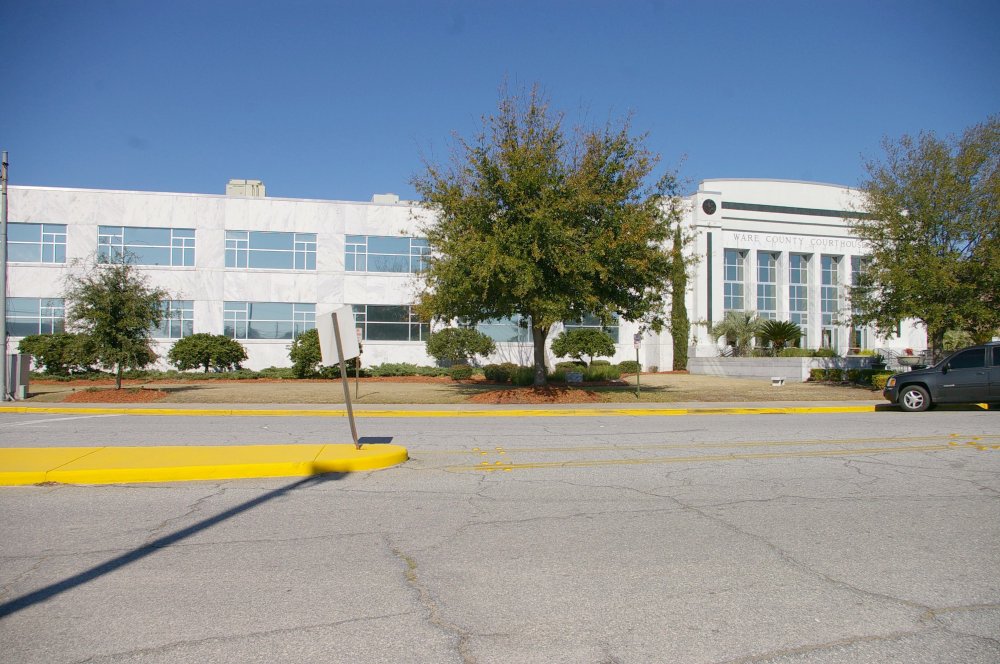 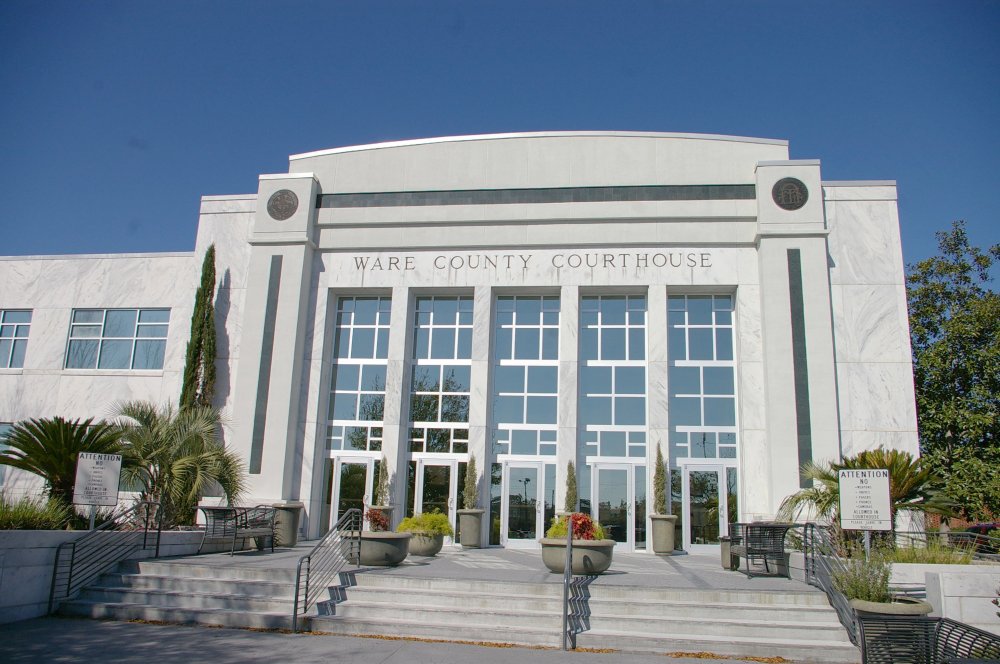 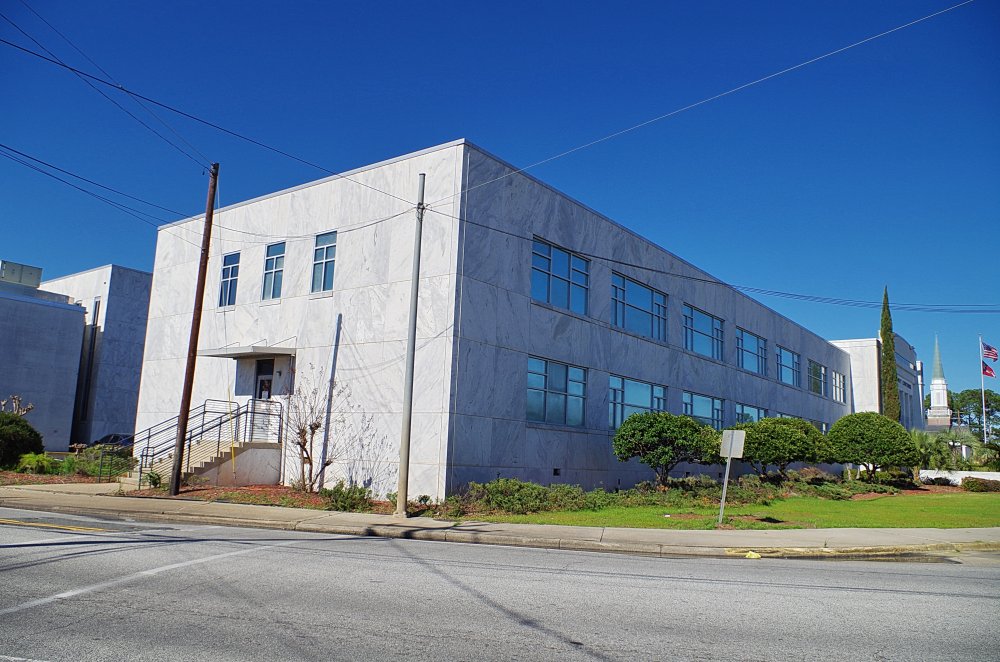 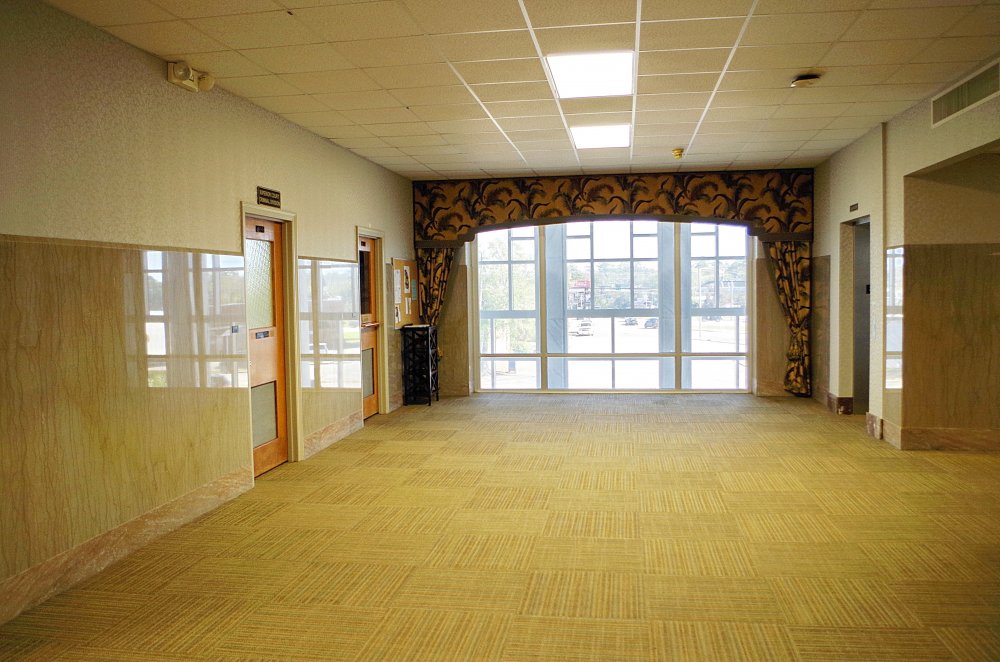 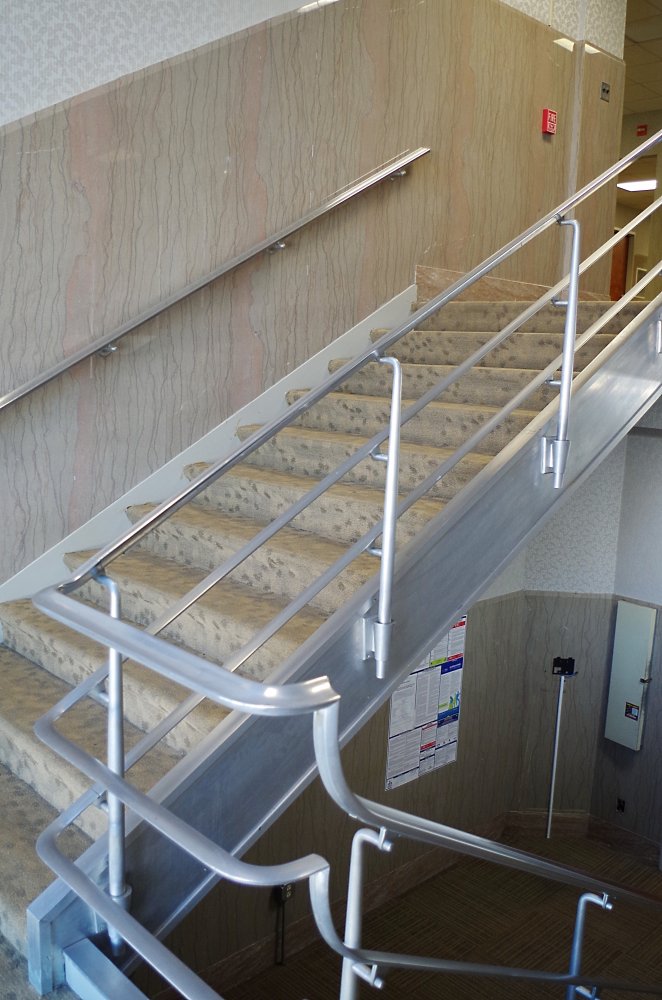 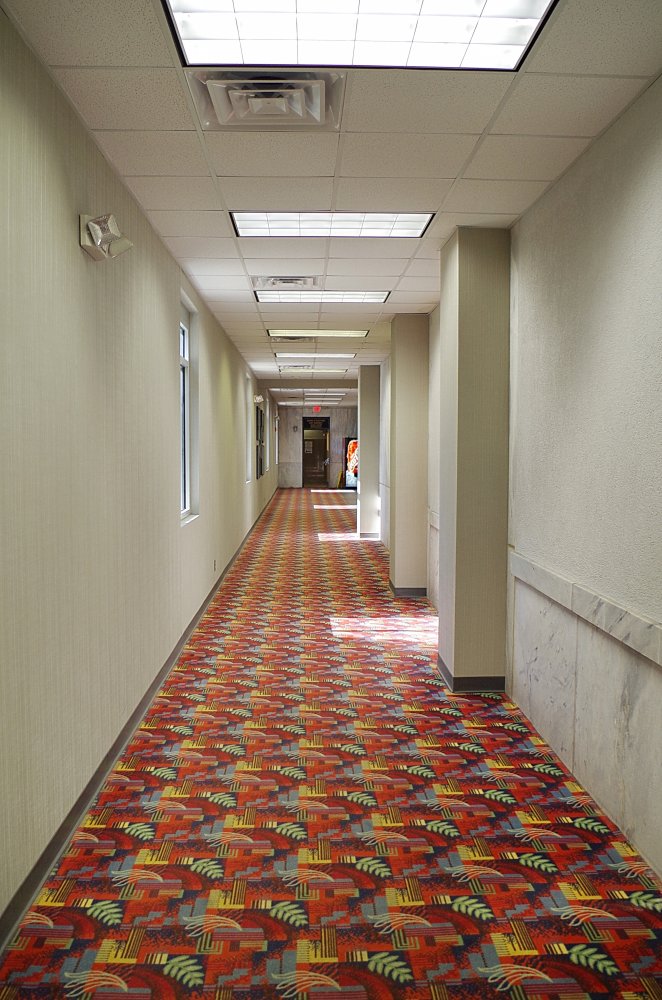