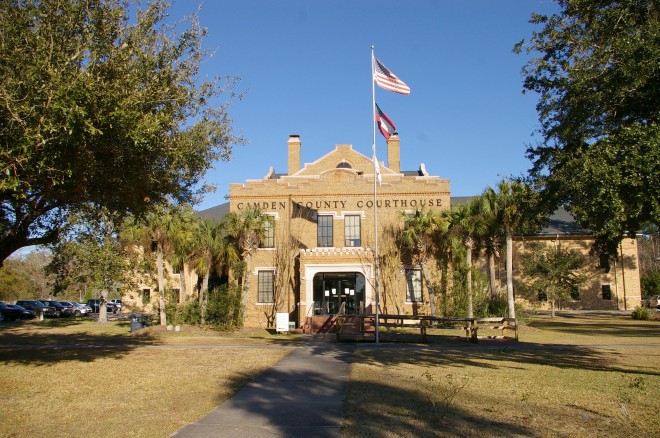 Camden County is named for the Earl of Camden, who was a supporter of the American colonies prior to the American Revolution 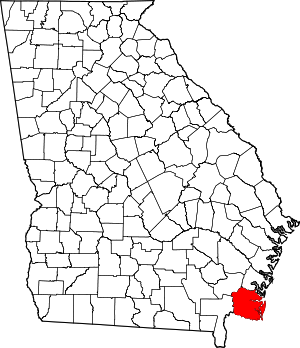 Description:  The building faces west and is a two story buff colored brick and concrete structure. The building is located on landscaped grounds in the center of Woodbine. The west front has a projecting enclosed porch at the entrance. Behind, the wall rises to a level roof line with the main part of the building rising to a peak behind that. There are wings on the north and south sides.  A large addition  was added to the east side.

Note:  The building is the only Gothic style courthouse in Georgia. 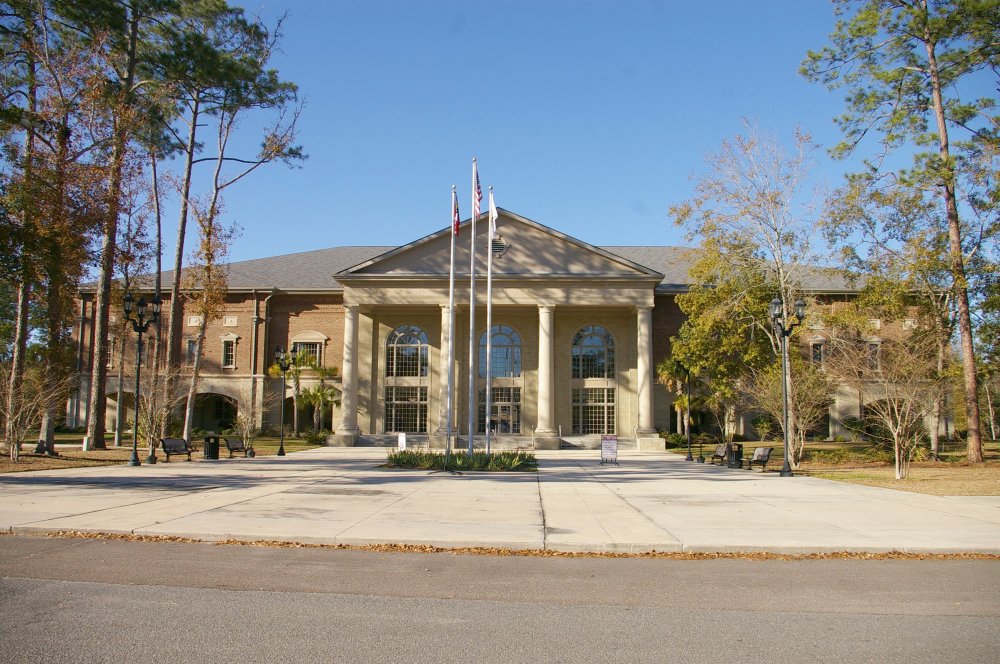 Description:  The building faces south and is a two story red colored brick and concrete structure. The building is located on landscaped grounds to the south of the old courthouse, in the center of Woodbine, The south front has a large portico supported by four columns rising to a wide pediment. Behind are large arched glass windows rising to the top of the second story. The east and west wings have large arches along the first story. 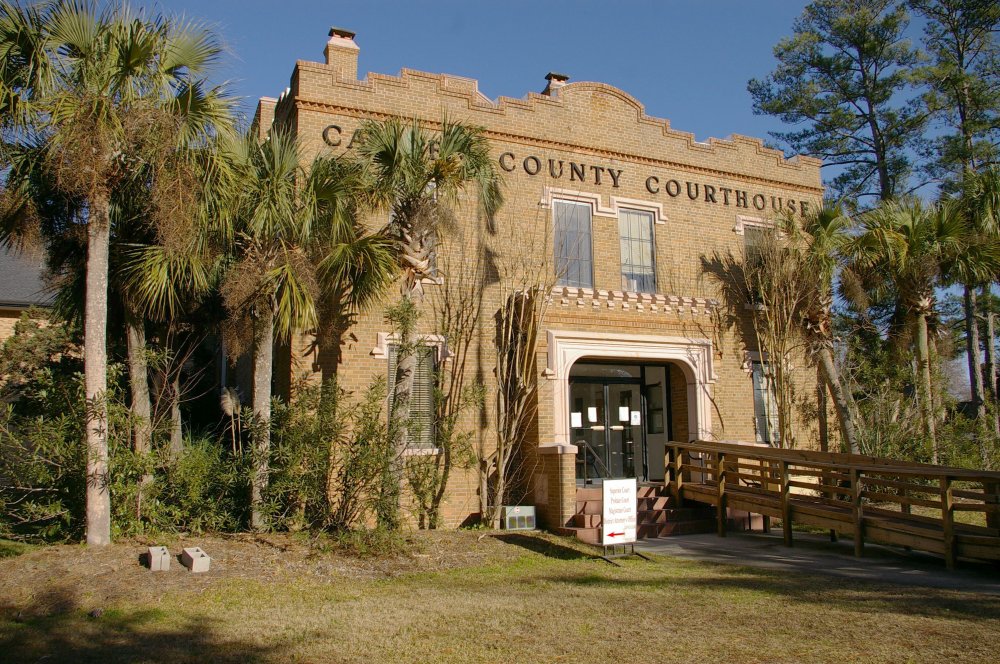 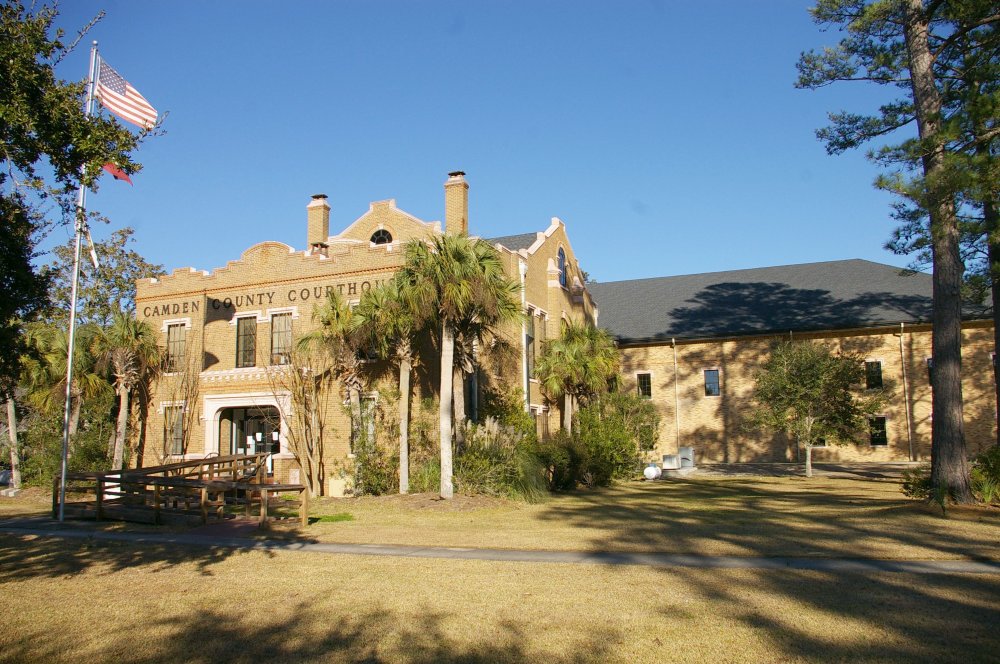 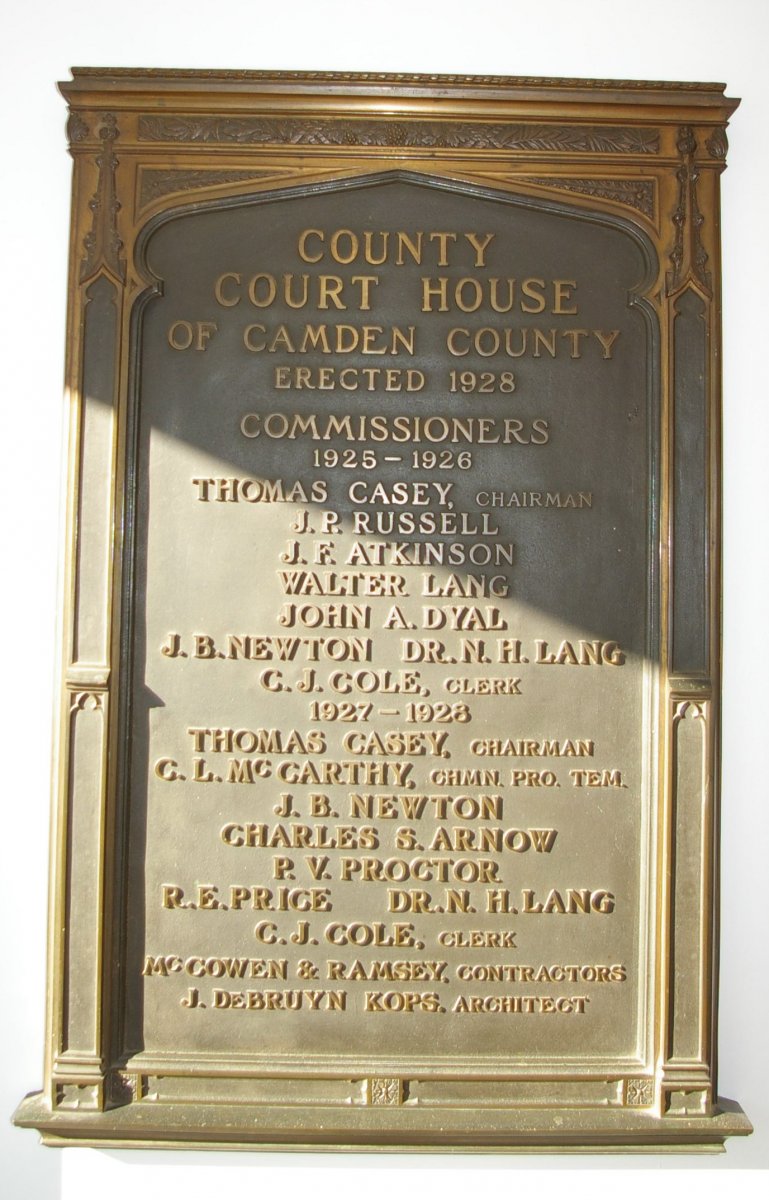