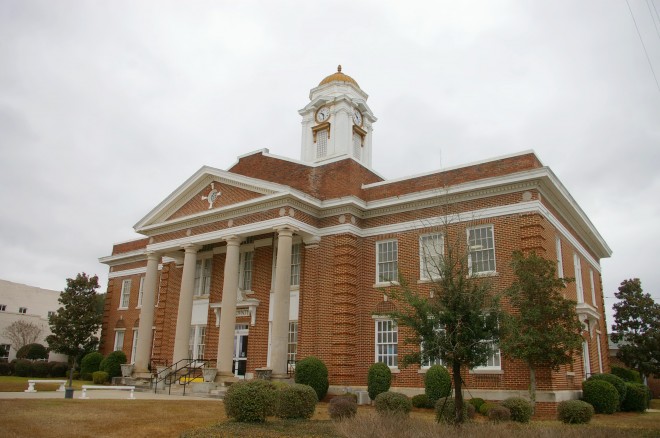 Lee County is named for Richard Henry Lee, who was a Virginia politician and a leader in the independence Movement or for Henry “light Horse Harry” Lee, who was a hero of the American Revolutionary War.

E – Crisp County and Worth County 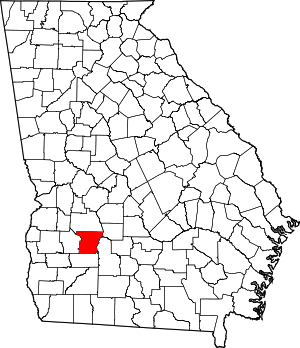 Description:  The building faces west and is a two story red colored brick and concrete structure. The building is located on landscaped grounds in the center of Leesville. The west front has a large portico with four columns rising to a pediment with round window above the second story. The north entrance has a stone overhang above. Behind the pediment is a raised brick section. A horizontal white colored band runs below the projecting cornice. On the center of the roof is a square white colored cupola rising to a clock and gold colored dome. The courtroom is located on the second story. On the south side of the building is the one story red colored brick County Governmental Building. 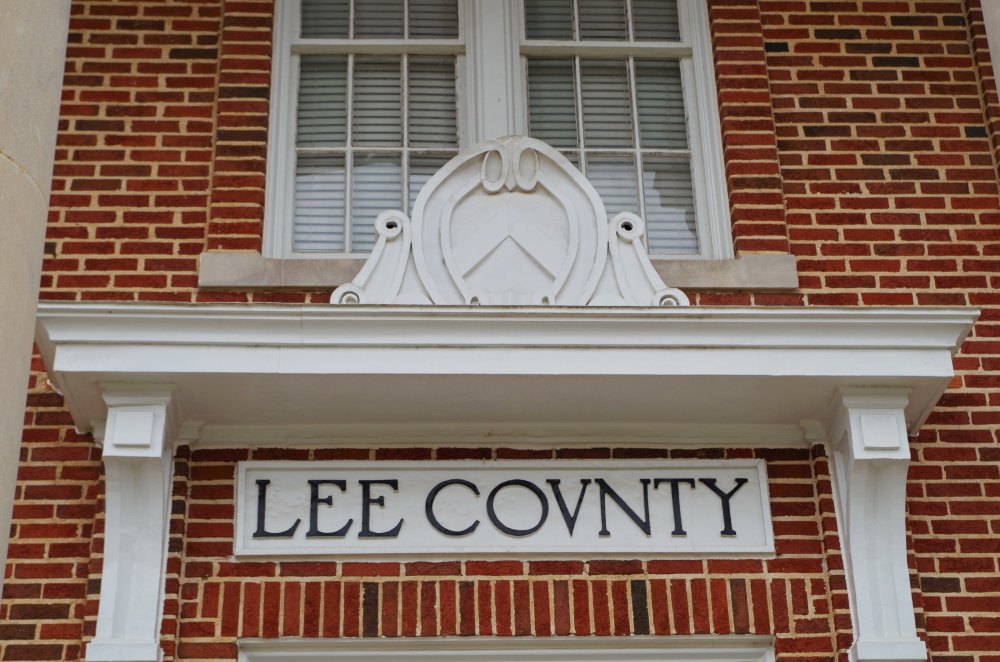 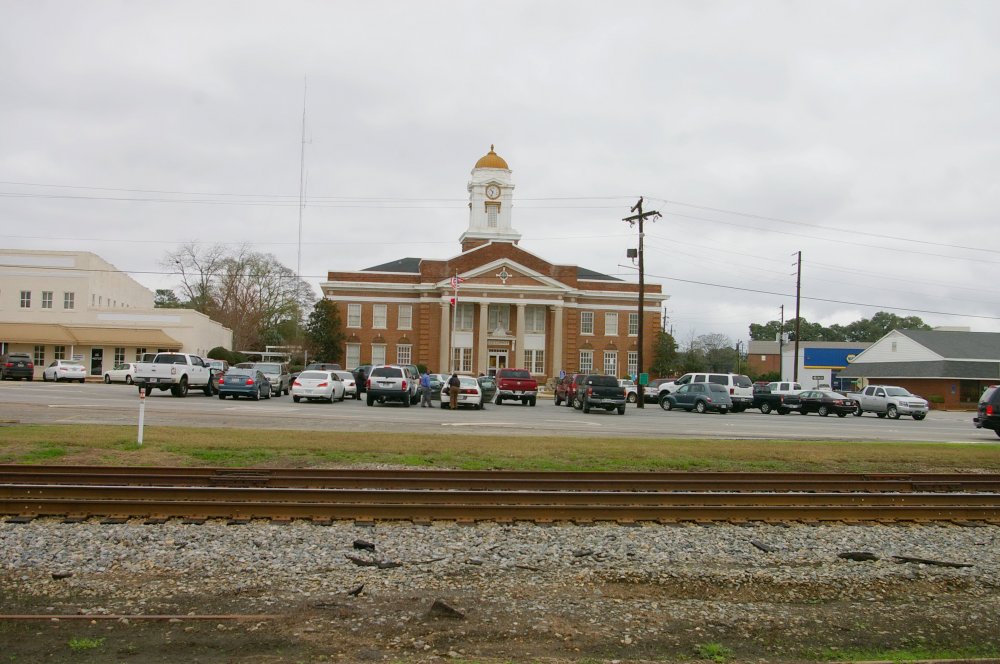 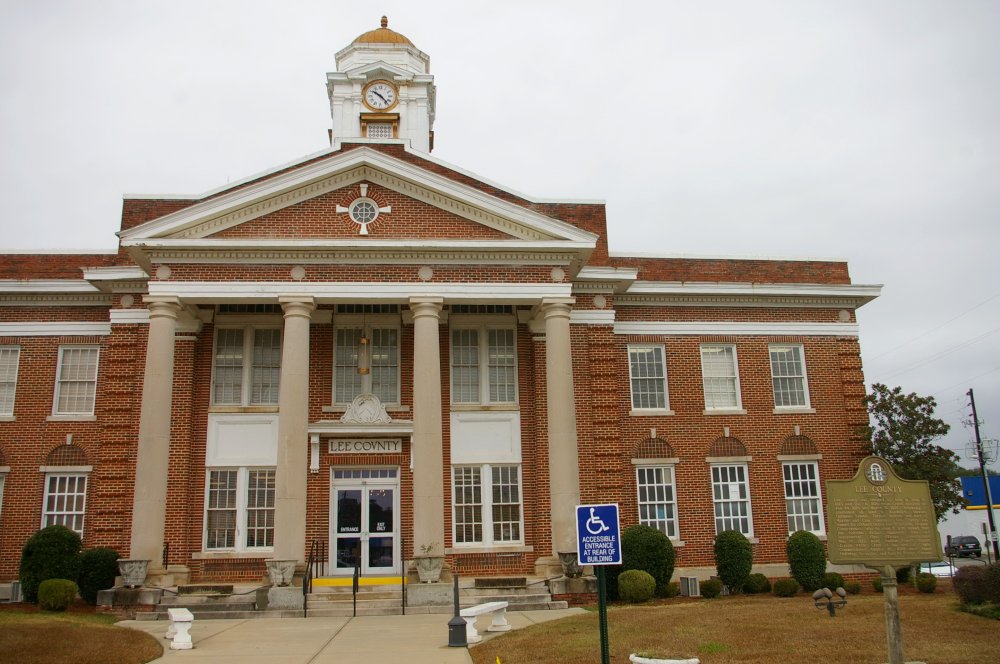 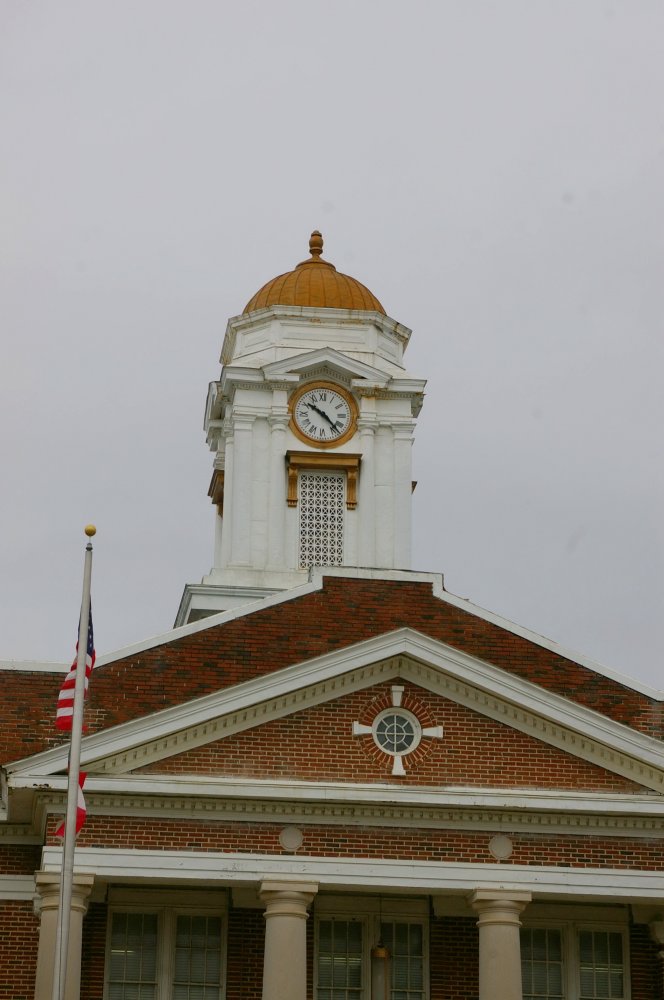 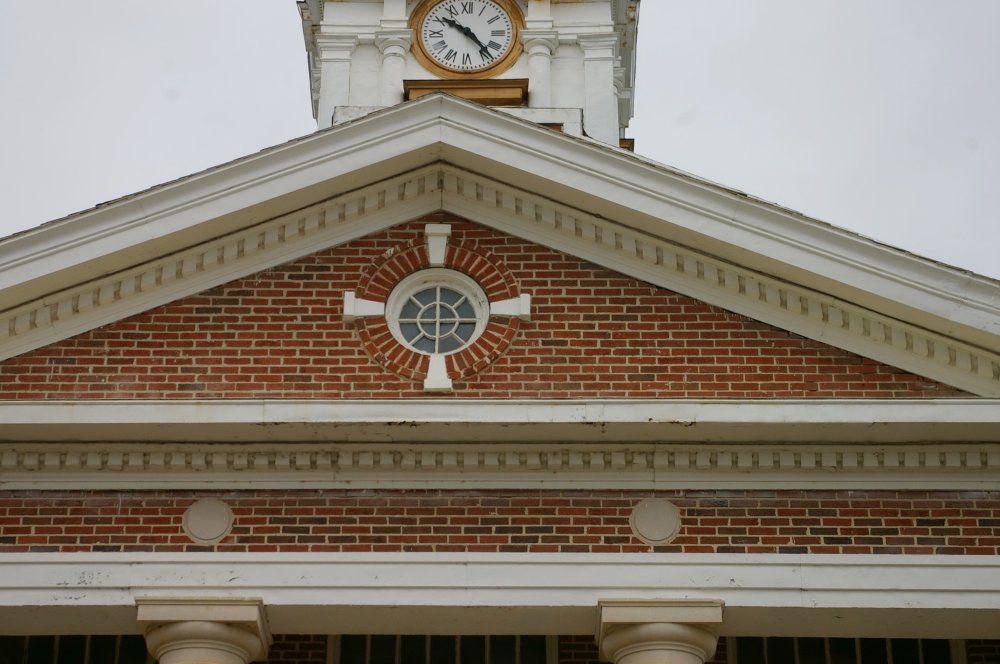 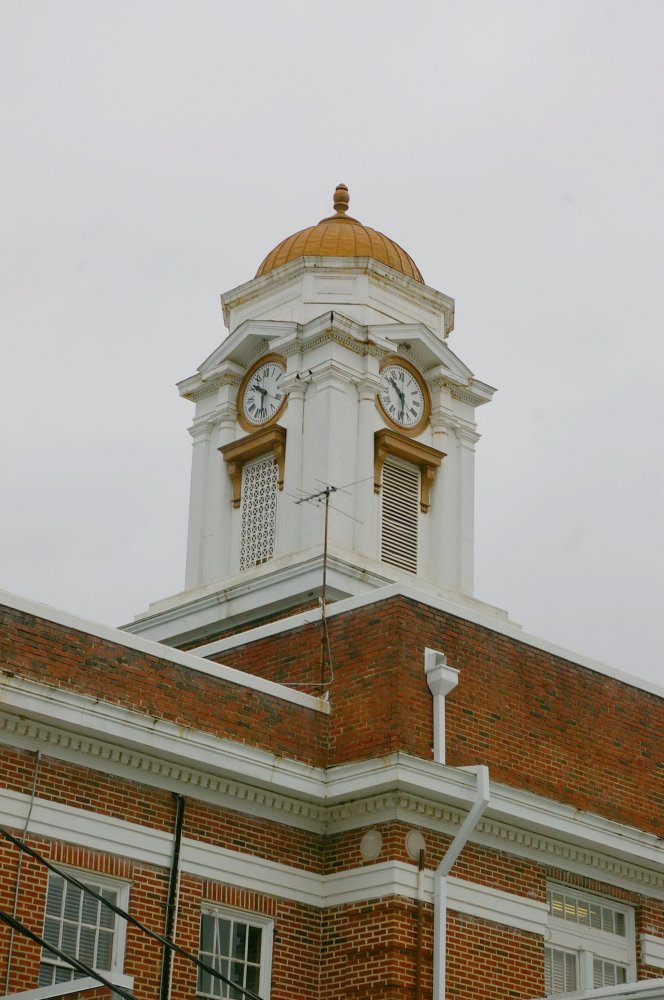 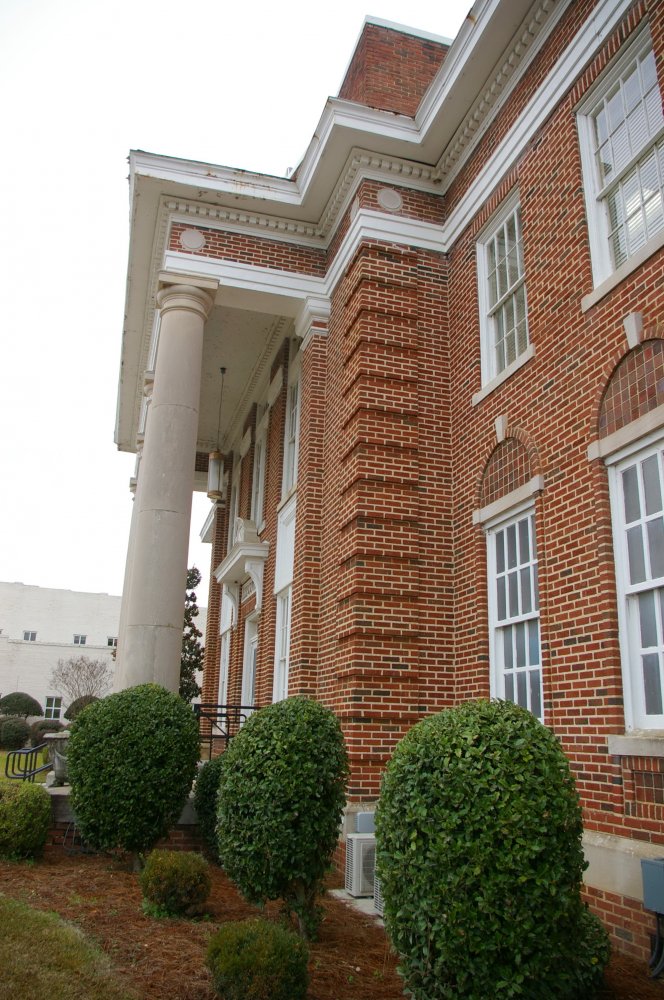 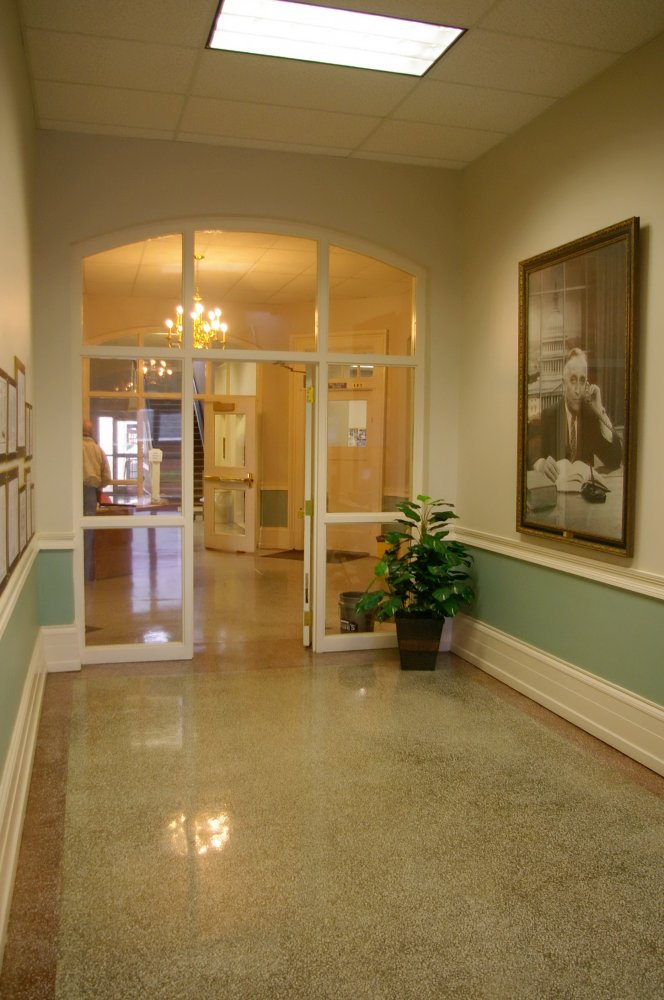 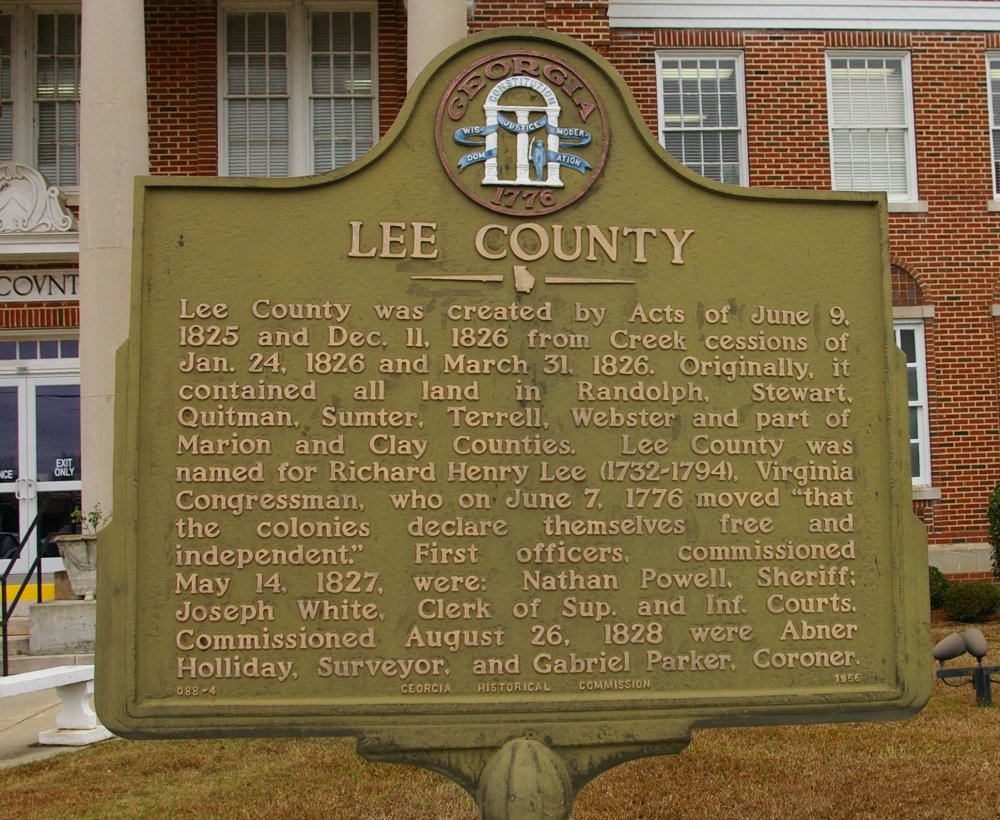