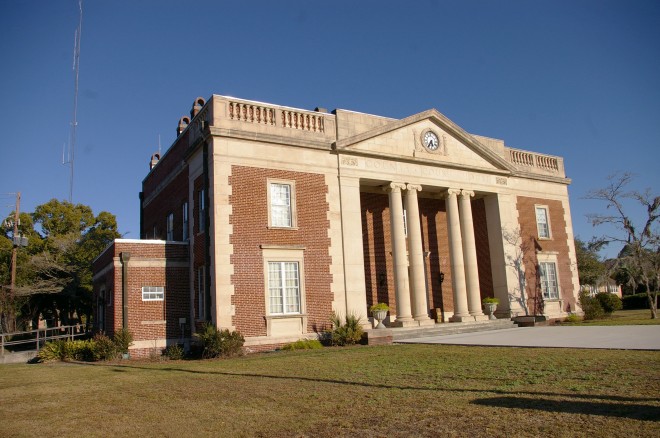 Charlton County is named for Robert M Charlton, who was a United States Senator.

Description:  The building faces west and is a two story red colored brick, stone and concrete structure. The building is located on landscaped grounds in the center of Folkston. The west front has a recessed porch with four columns rising to a header with a pediment containing a clock. A balustrade runs along the roof line. There is stone trim around the porch, windows and corners of the building. There are small on story wings on the north and south sides. The building was renovated in 1978. The architect was O’Sreen Suttles and the contractor was Richard Walker Construction Company. 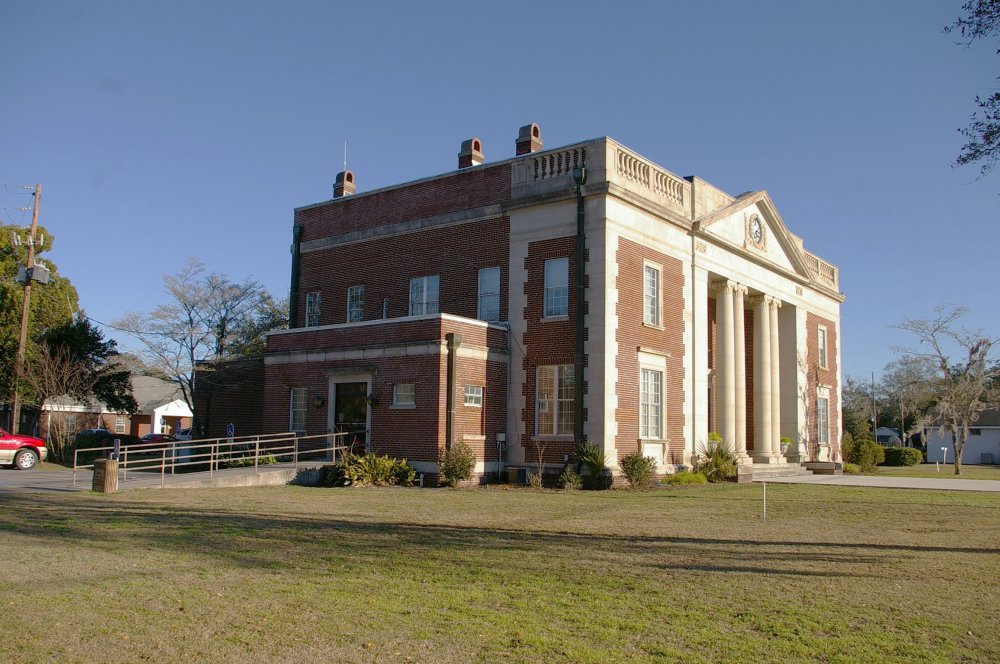 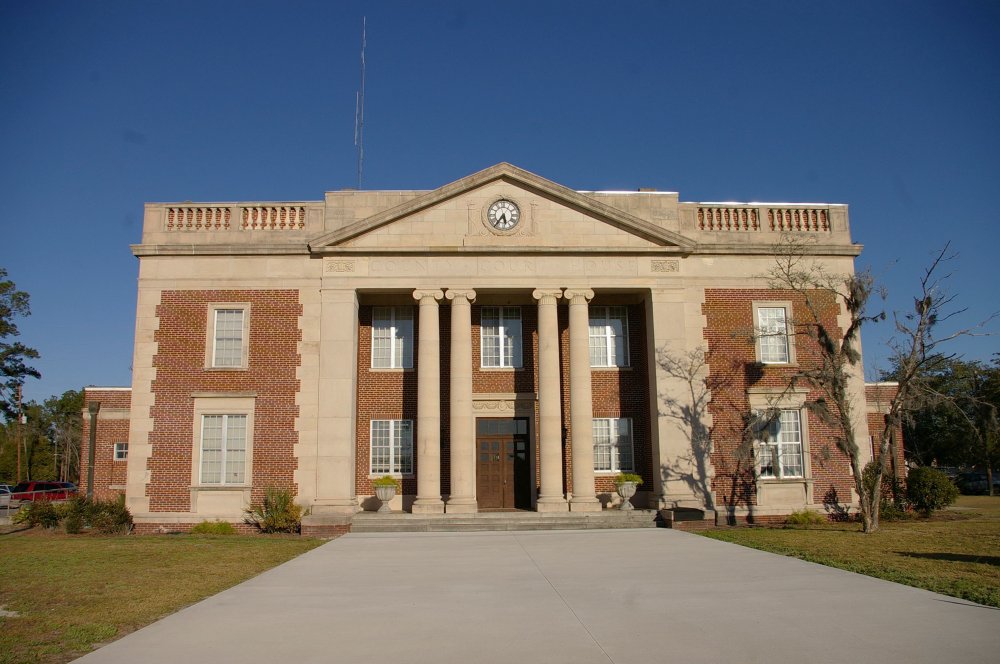 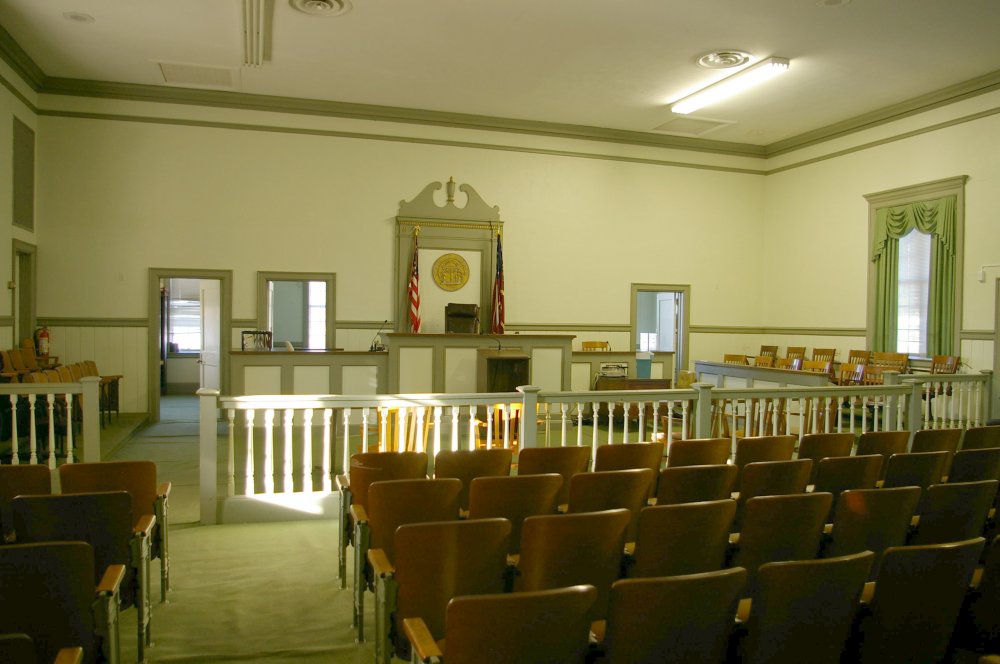 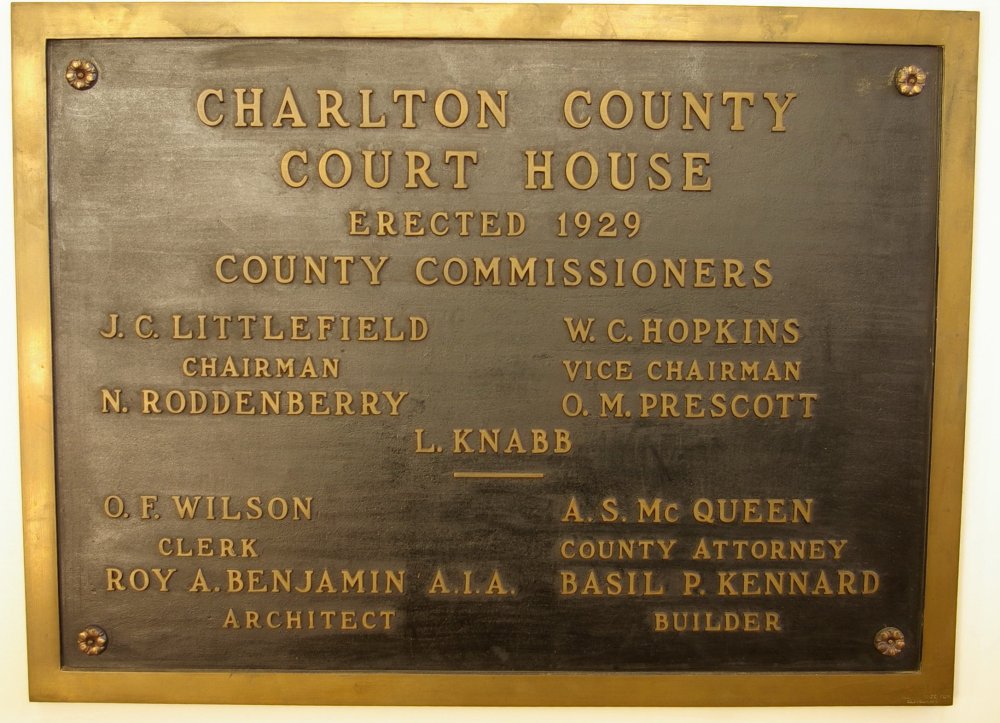 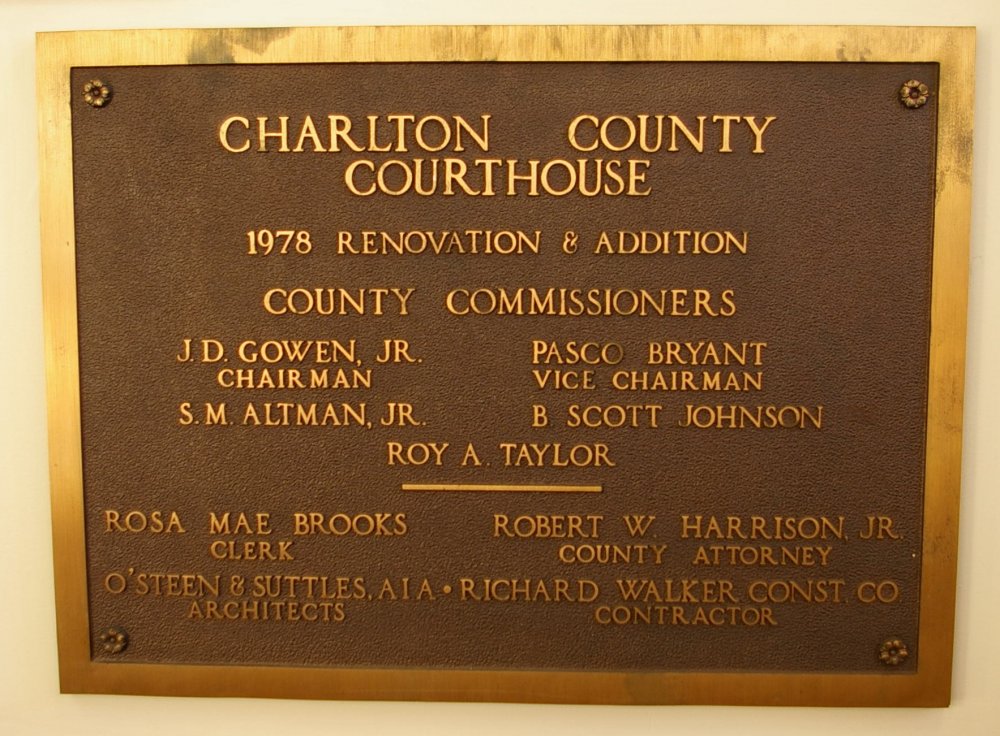 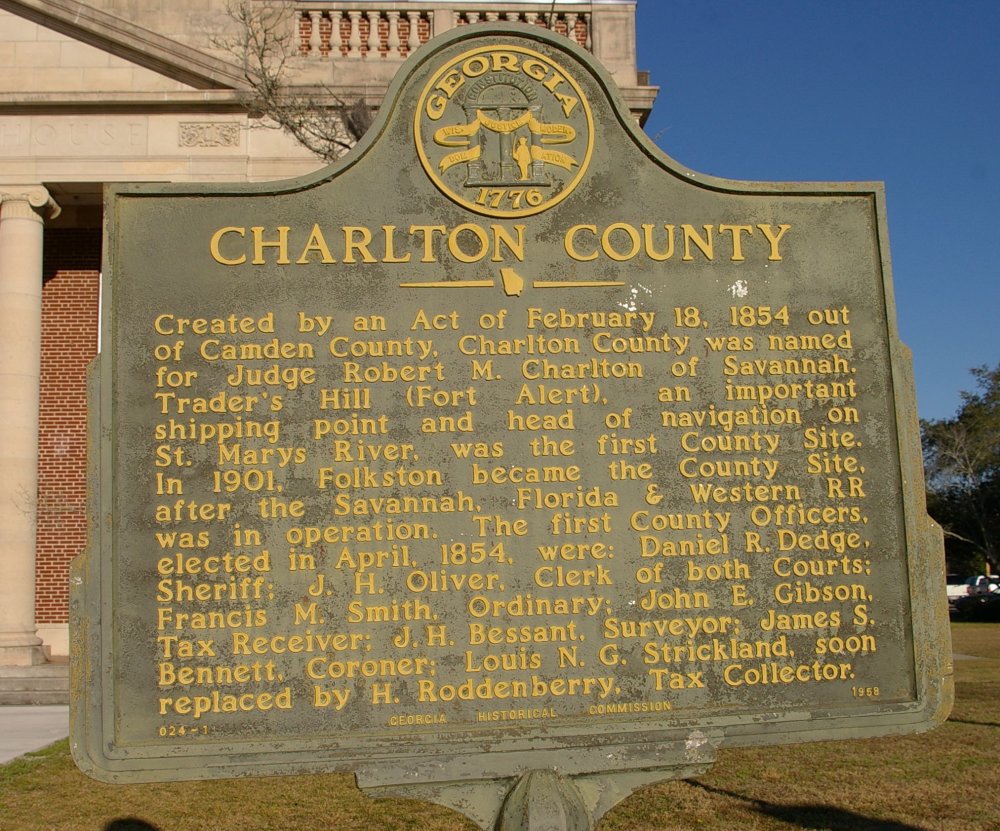