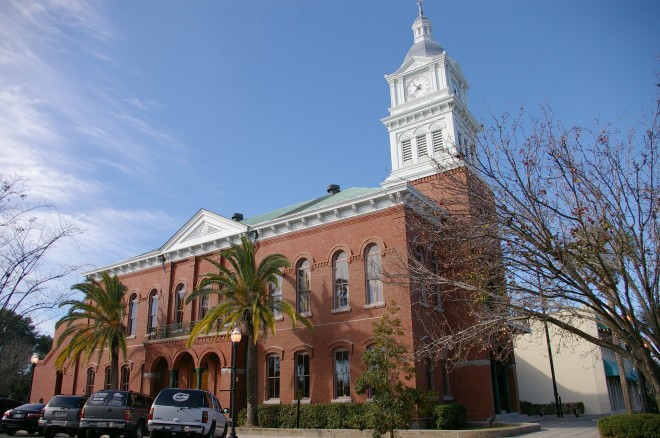 Nassau County is named for the Nassau River, which was named for the Duchy of Nassau in Germany in honor of King William III of the house of Orange-Nassau. 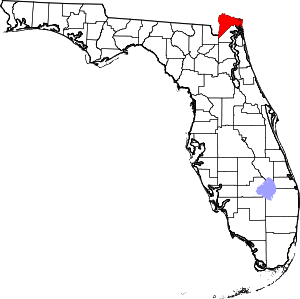 Architect:  A E McClure of Jacksonville

Description: The building faces north and is a two story dark red colored brick and wood structure. The building is located in the center of Fernandina Beach. The north front has a high square brick clock tower with white colored wood cupola and clock at the top. The bell in the tower was cast by Meneely & Company of West Troy, New York. The first story entrance has three arches with two thin columns. The windows are arched with an arched entrance on the east side. In the interior, the County Circuit Court courtroom is located on the second story. The building houses the County Circuit Court of the 4th Judicial Circuit and County Court.  An addition was added after 1909. In 1953 to 1955, a two story brick addition was added on the west side. The architect was Abner C Hopkins of Jacksonville and the contractor was Clyde Knowles Company of Jacksonville. The building was renovated in 2002. The architect was RQH Architects Inc. and the contractor was The Auchter Company. 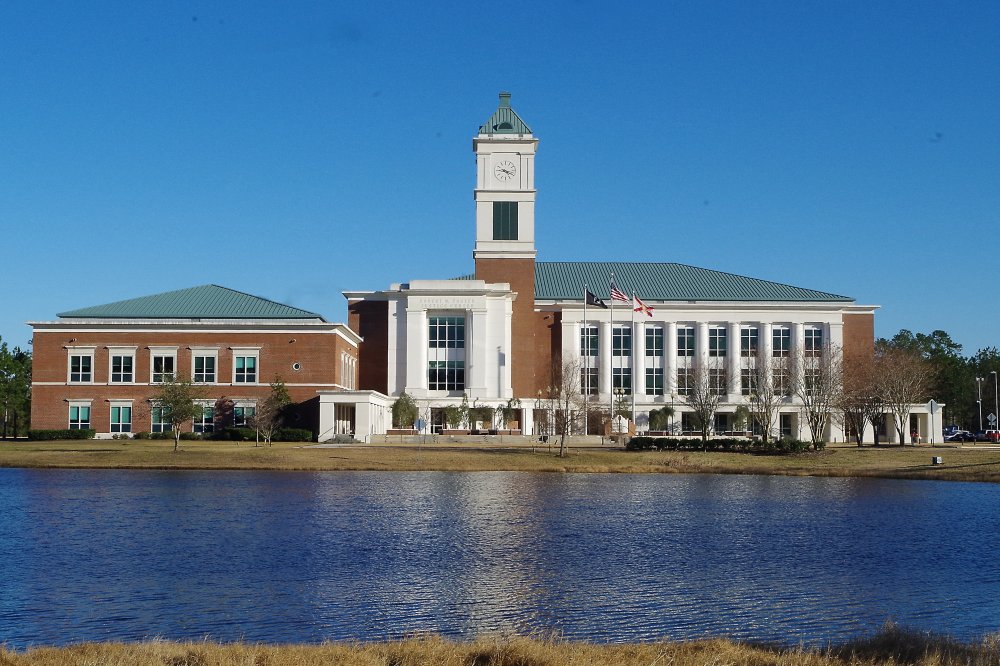 Contractor:  The Haskett Company of Jacksonville

Description: The building faces northwest and is a three story dark red colored brick, concrete and glass structure. The building is located on the south side of Yulee on spacious landscaped grounds with a pond along the west side. The two wings are organized around a three story atrium lobby and a monumental stairway which connects all three floors. The two wings define a multi level plaza which is highlighted by a 130 foot high clock tower. The brick façade is clad with precast trim embellishments for the entry pavilion, cornices, trim and the two story Tuscan classical colonnade. In the interior, the County Circuit Court courtroom is located on the third story. The building is named as the Robert Foster Justice Center. The building houses the County Circuit Court of the 4th Judicial District and County Court.

History:  The county was created in 1824 and Fernandina was selected as the county seat. The residents used the court in Cowford (Jacksonville – Duval County) and county records were kept there for three years. The first courthouse was a log cabin structure located near the San Carlos Plaza ( Fernandina Plaza State Historic Park ). In 1827, the courthouse was moved inland to Evergreen on County Road 108. The courthouse burned in 1840. The repaired courthouse was then moved to near Dyal Road north of Callahan. In 1864, the county records were buried in the swamp when Union forces advanced. The county seat was moved to Fernandina Beach in 1865. The county occupied rented premises. second courthouse was constructed in 1891 to 1892. The County Justice Center was constructed in in Yulee 2002 to 2004. 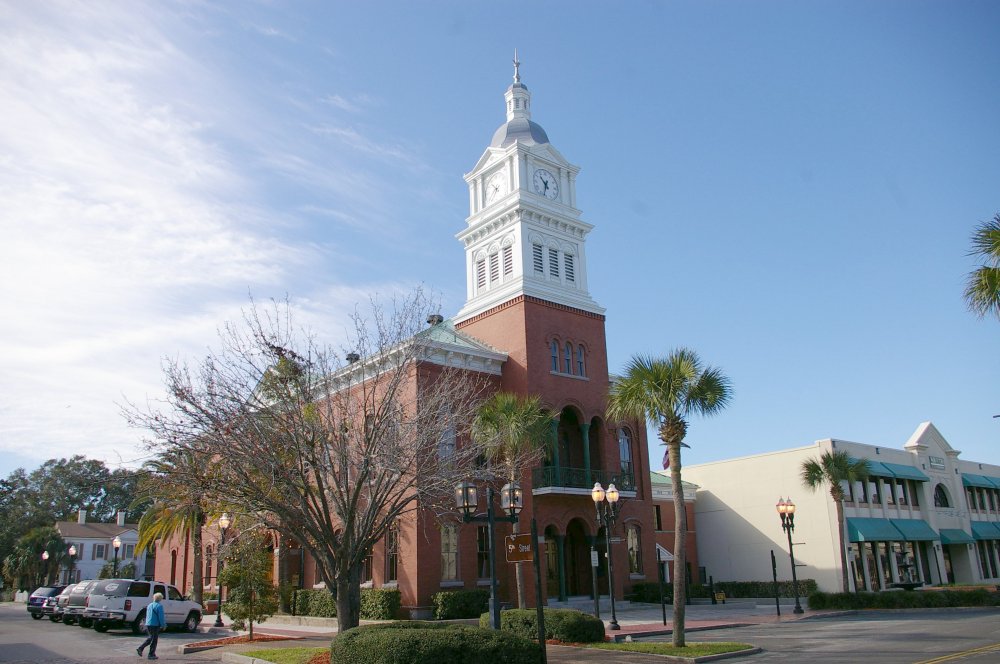 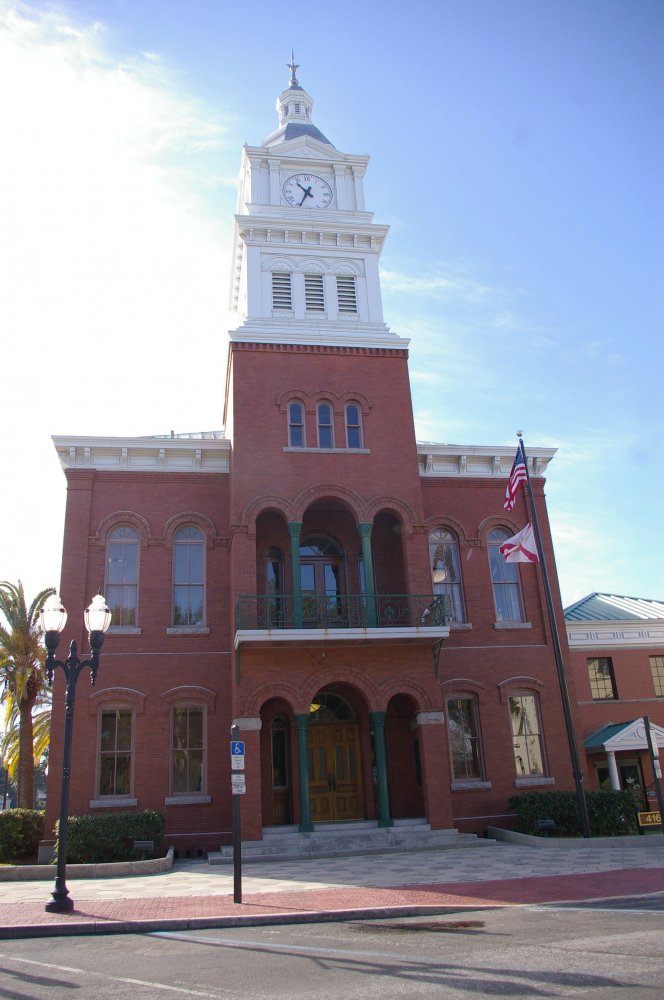 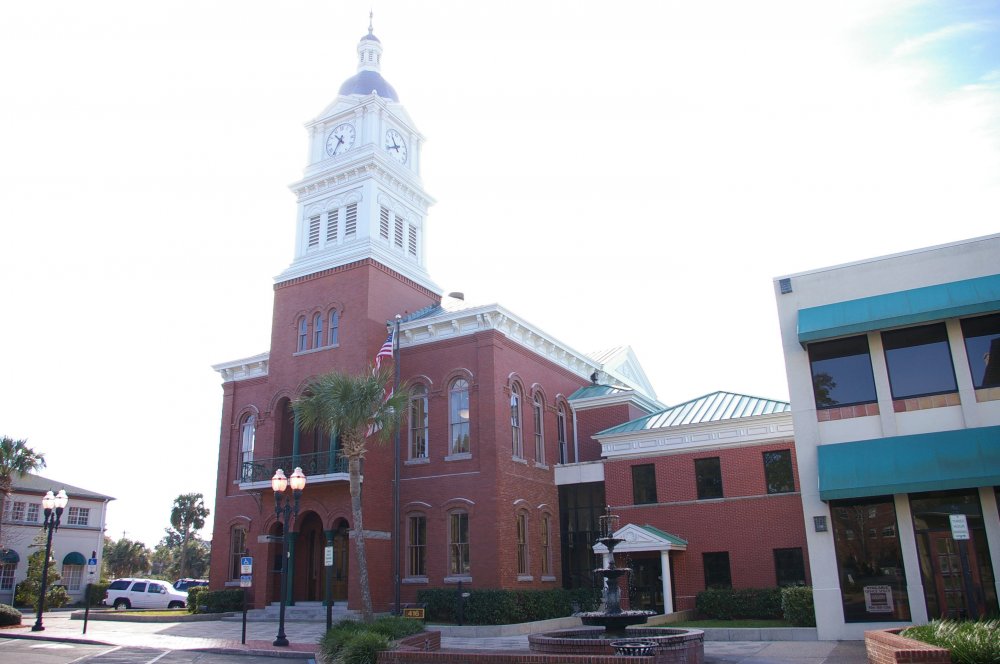 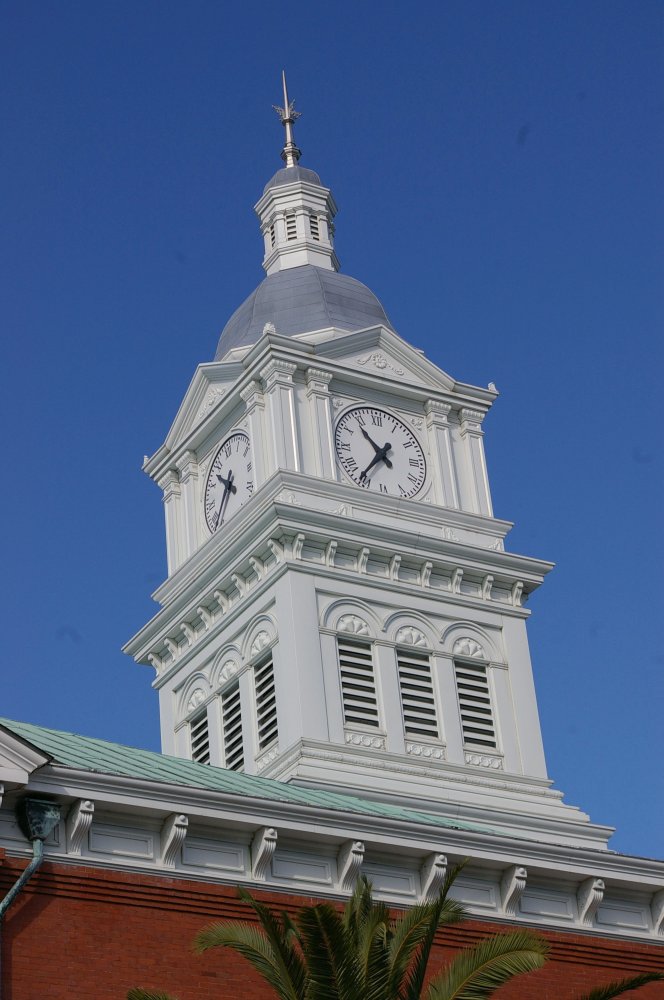 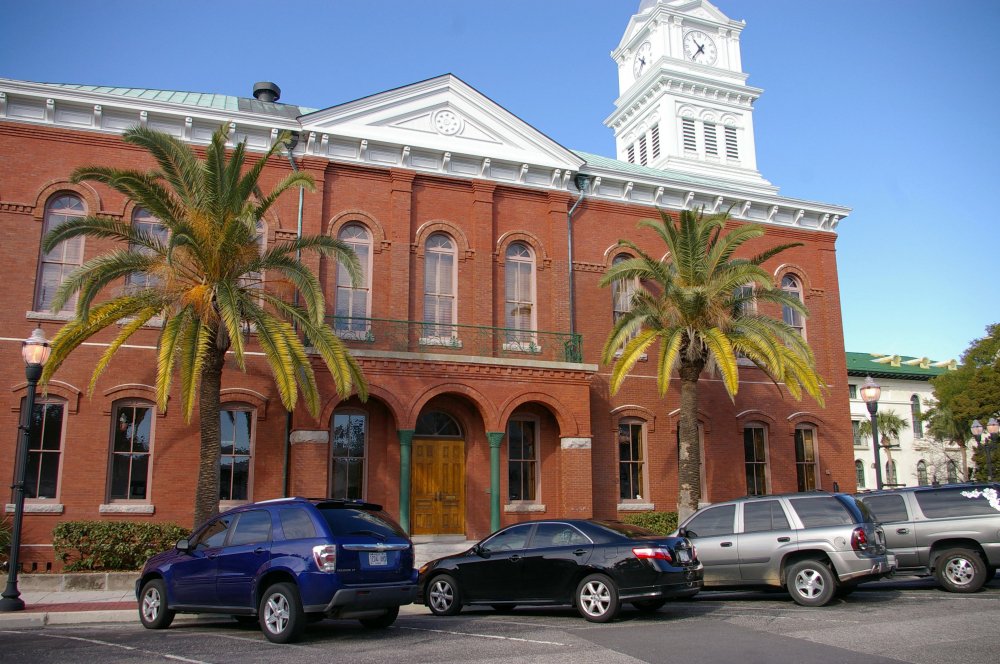 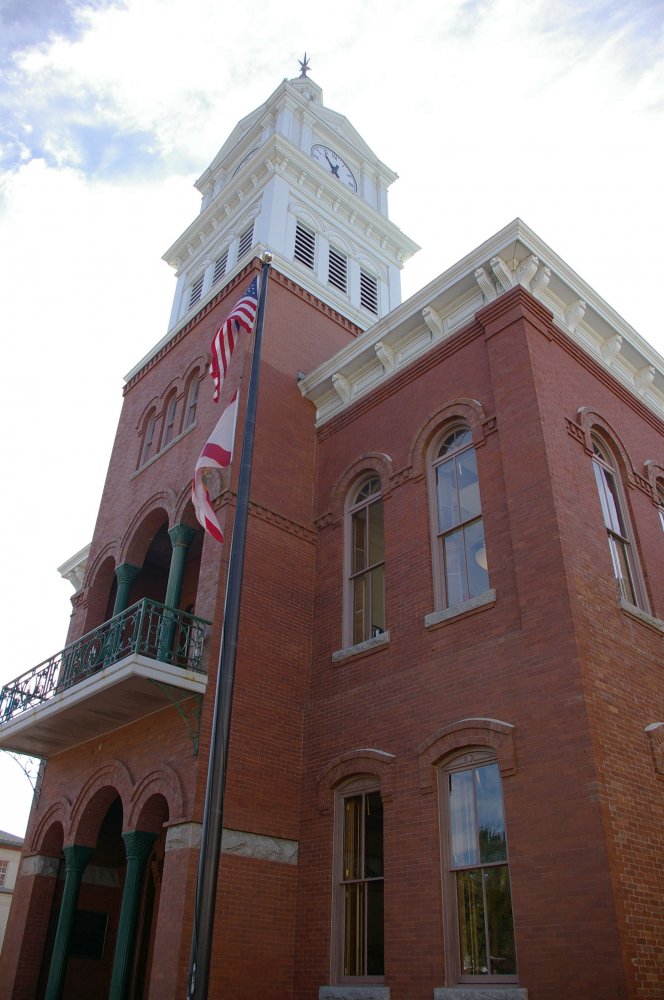 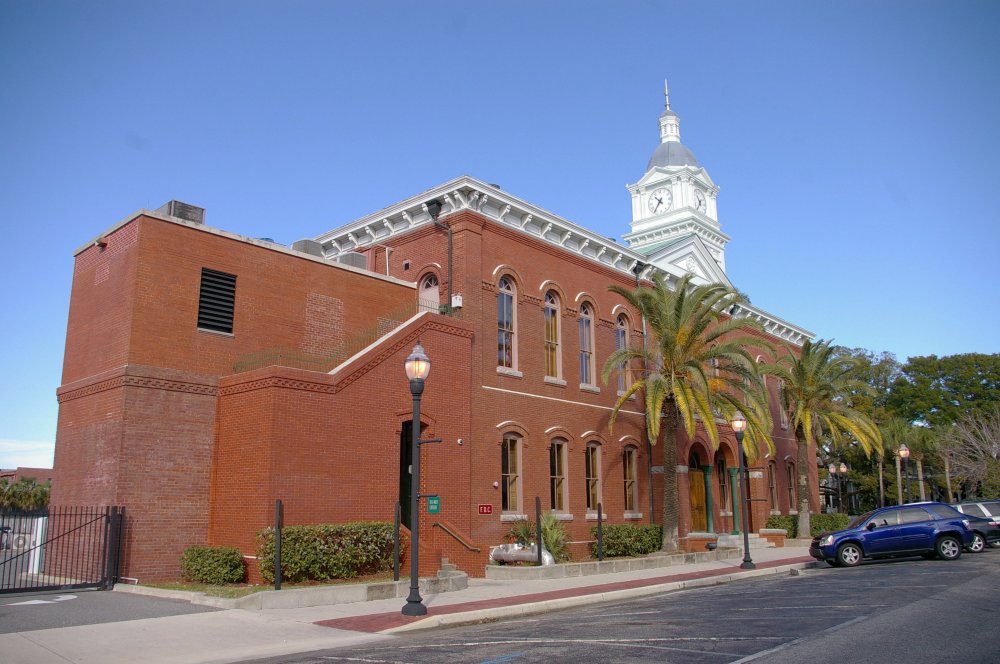 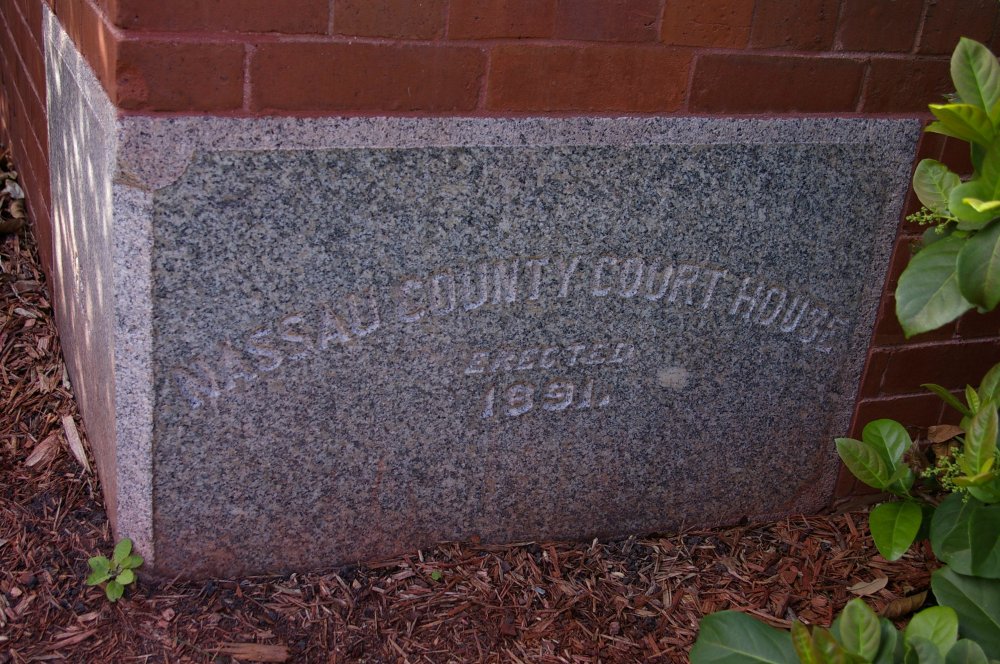 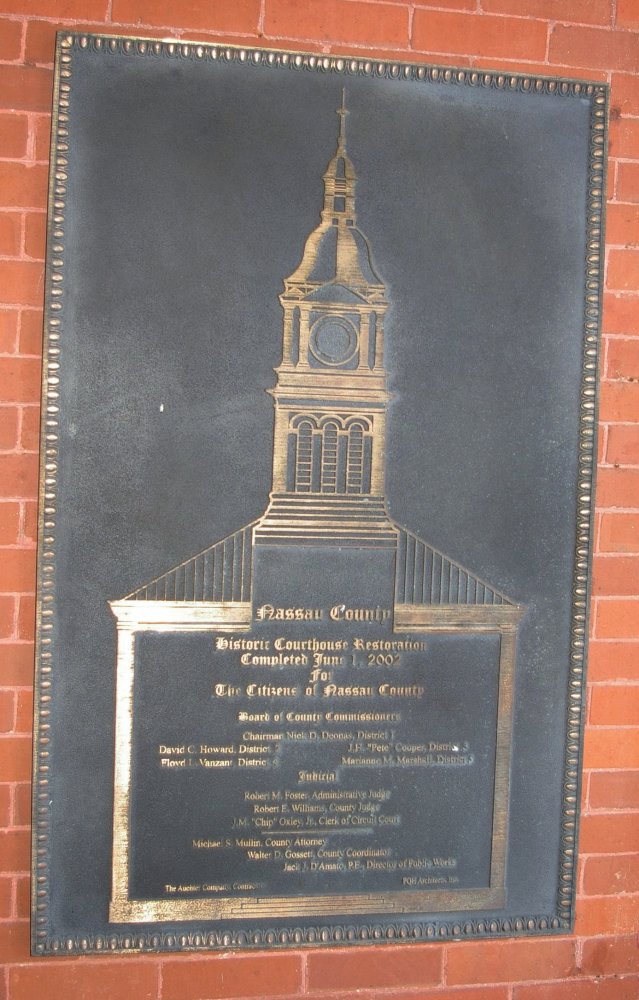 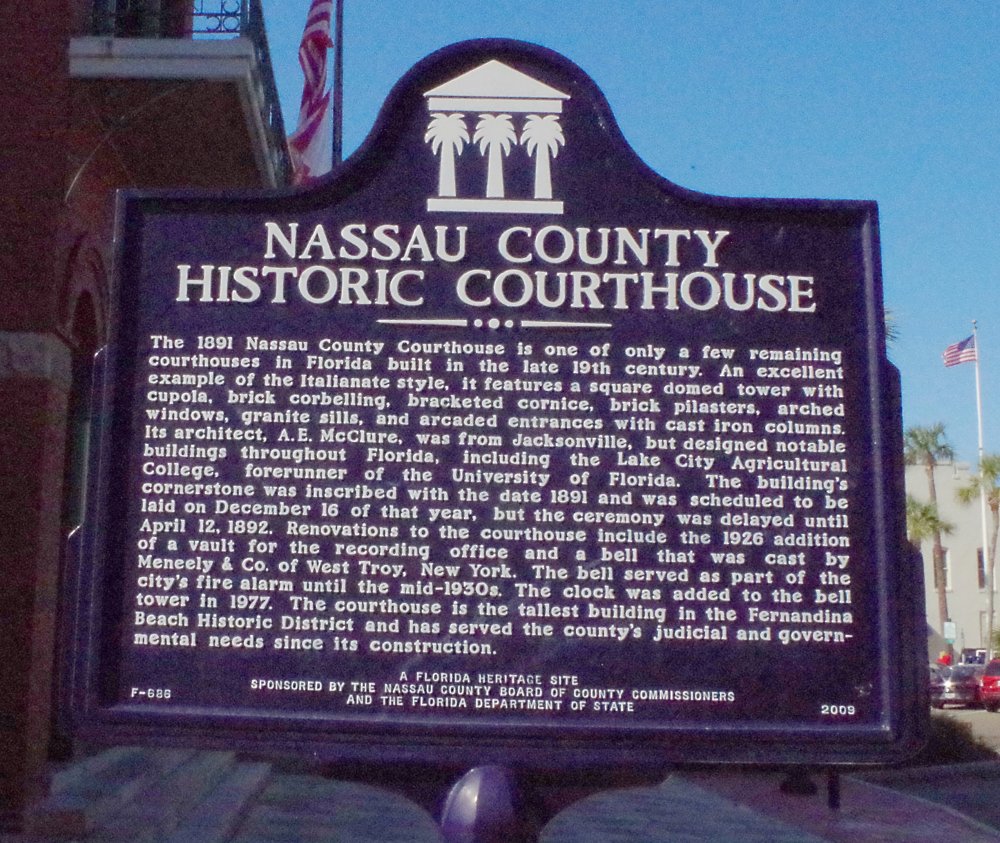 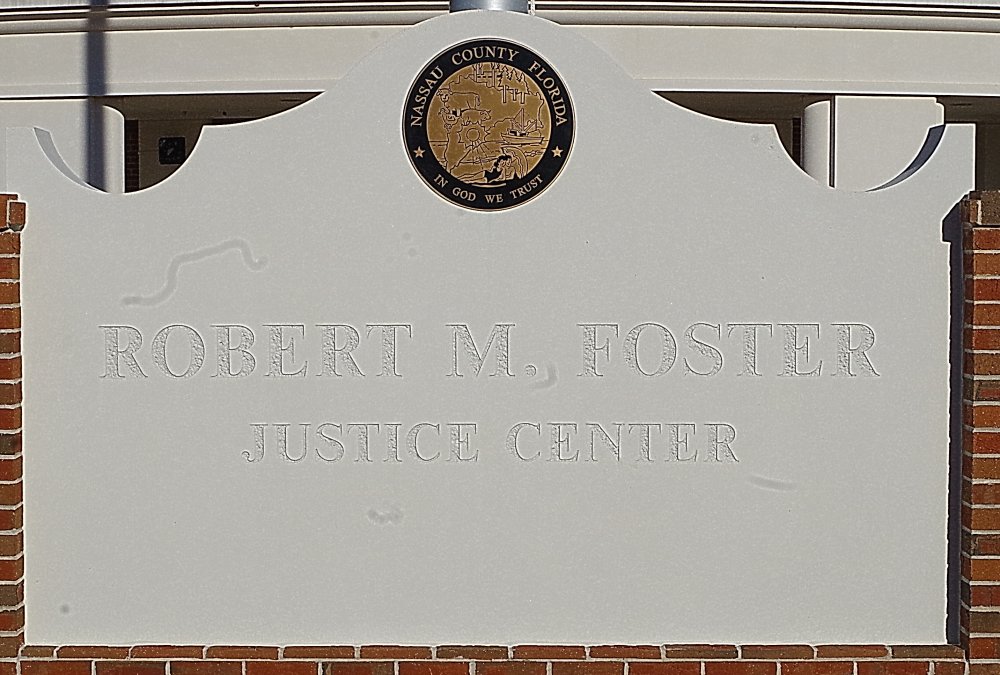 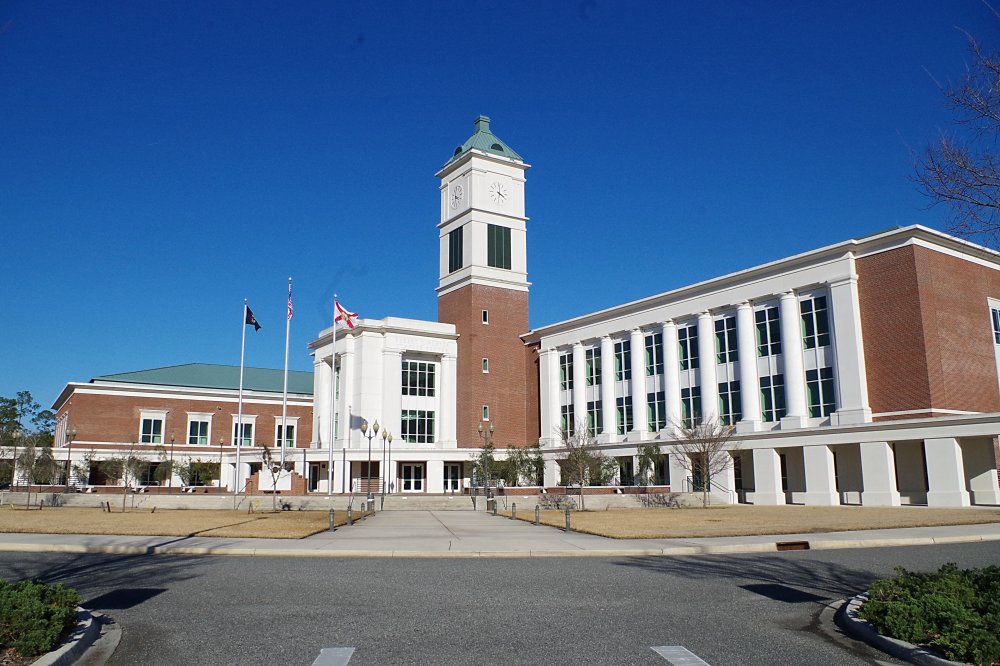 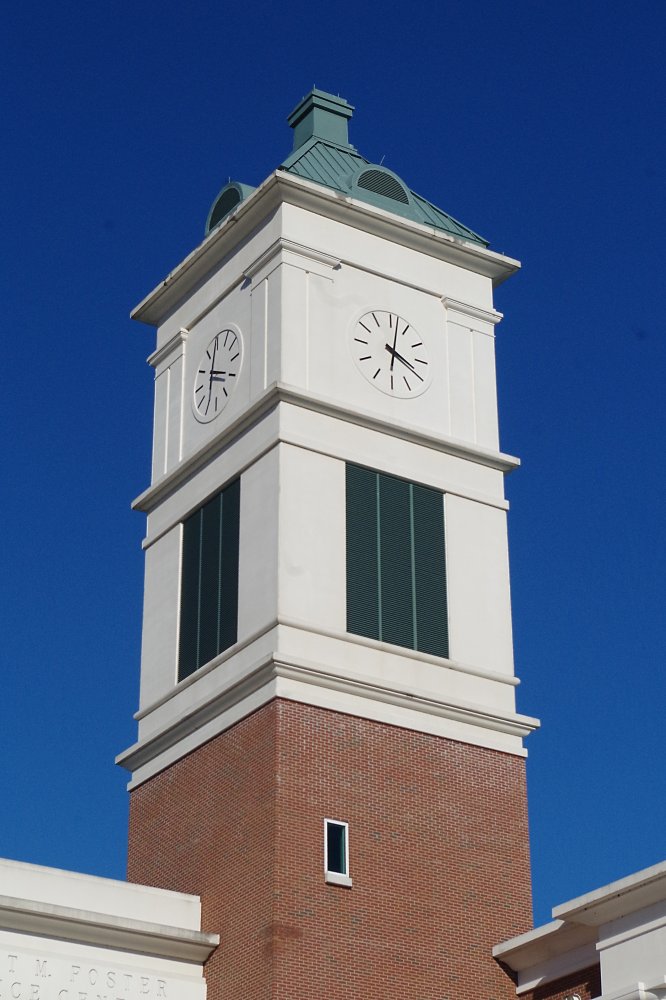 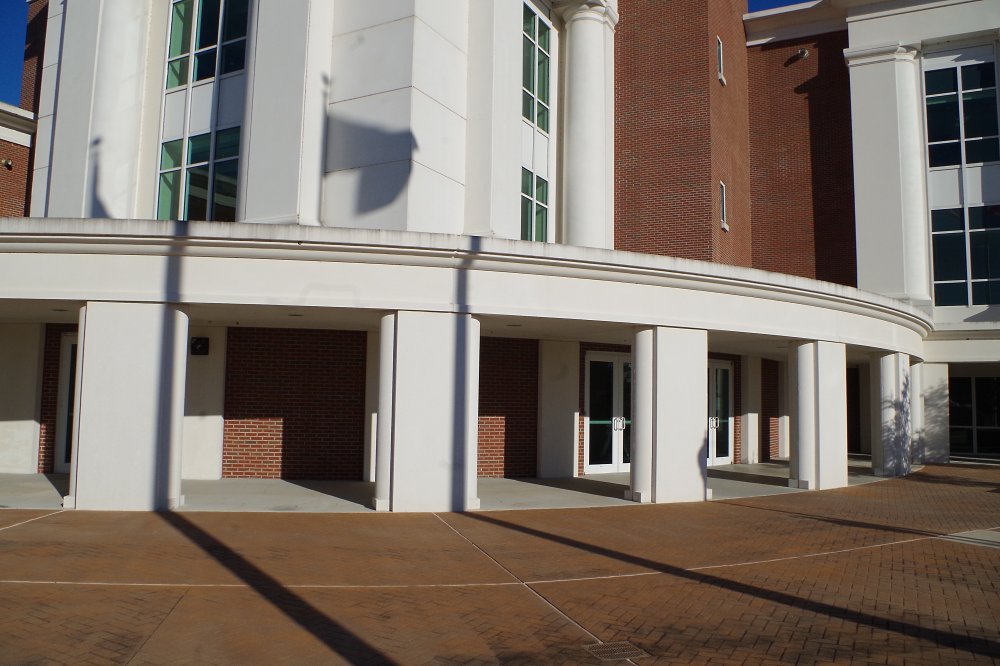 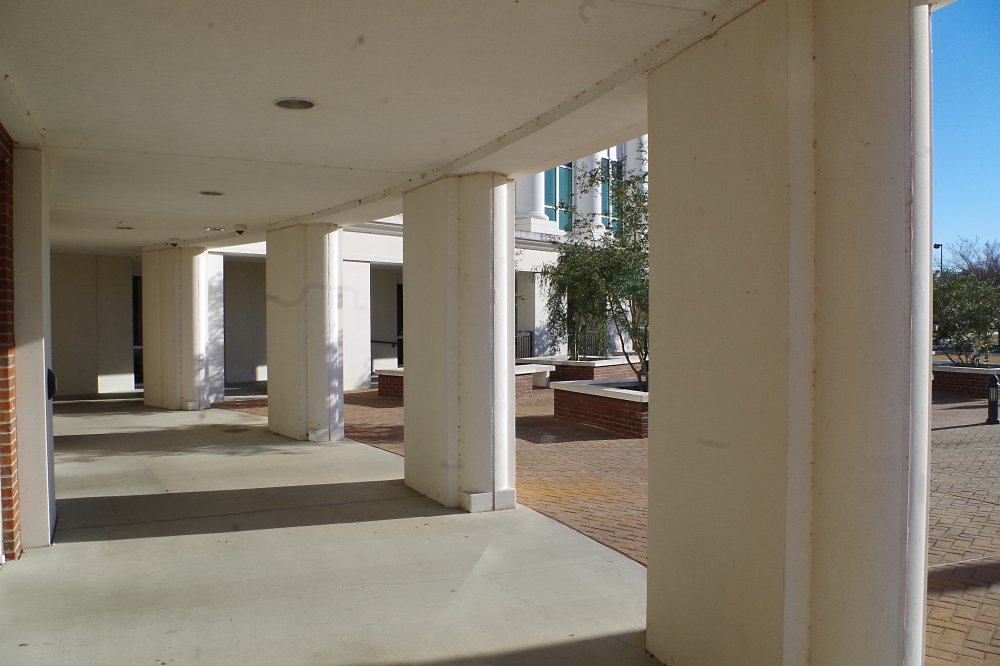 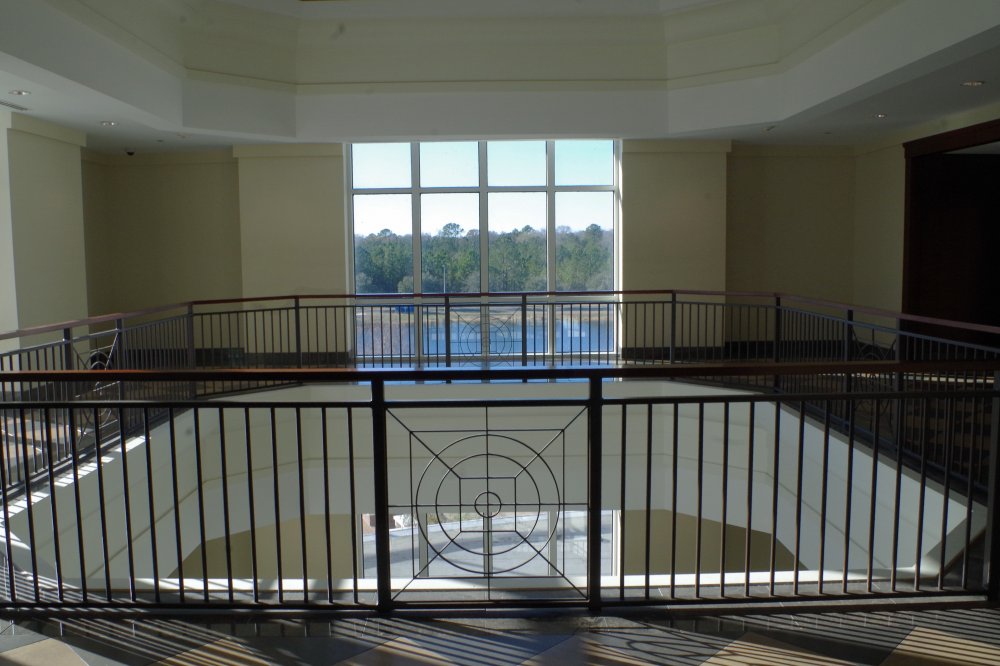 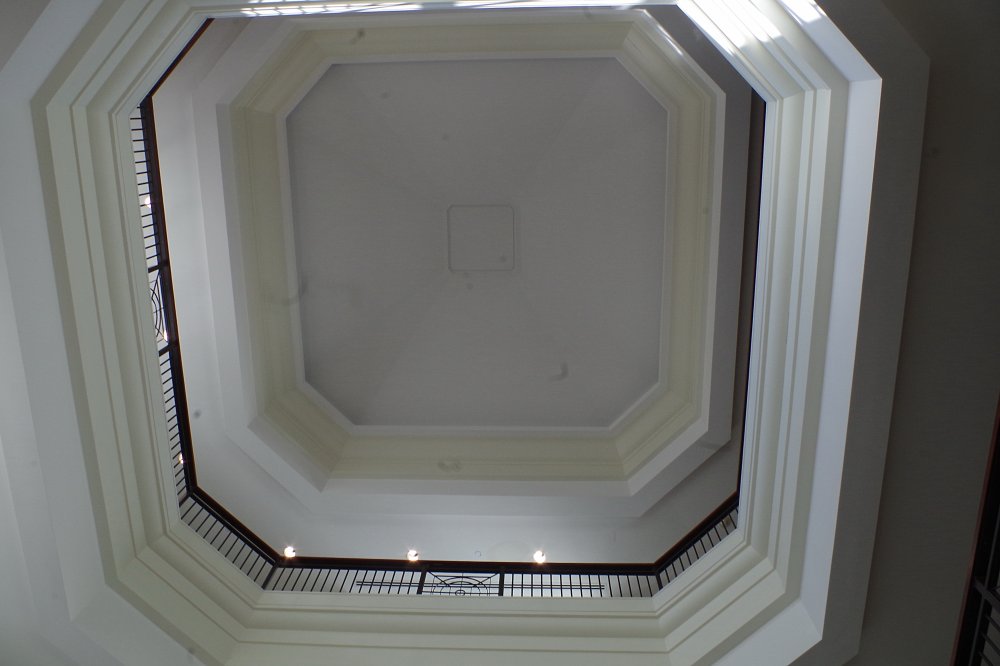 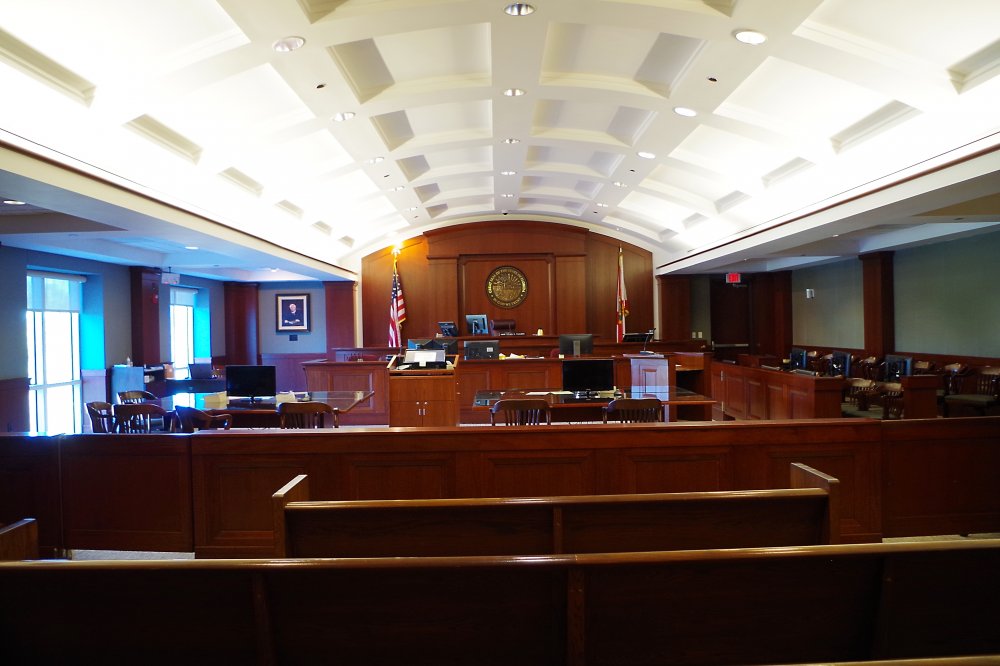 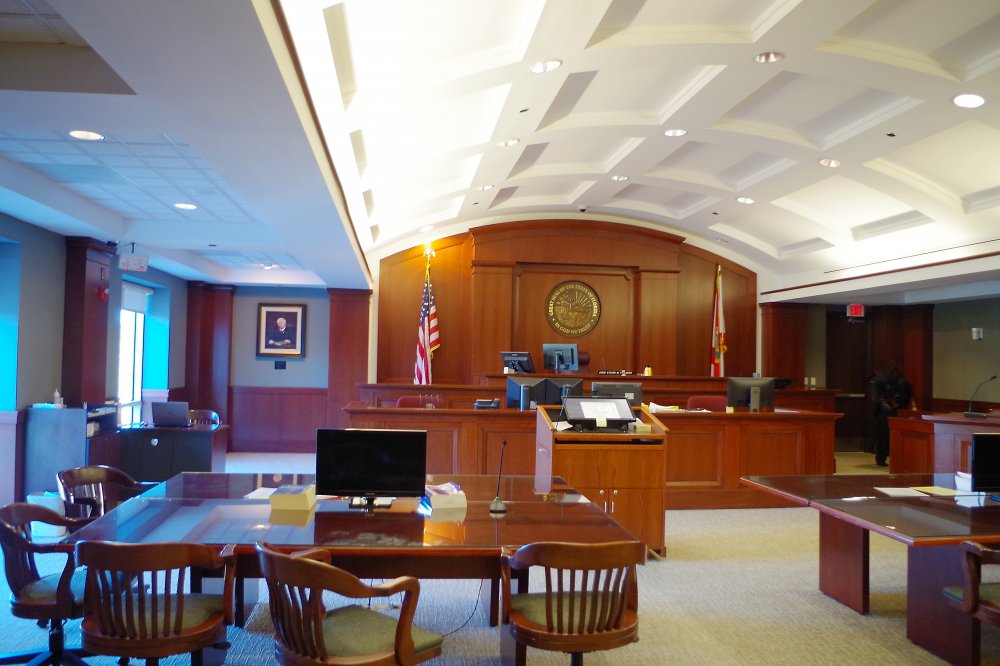 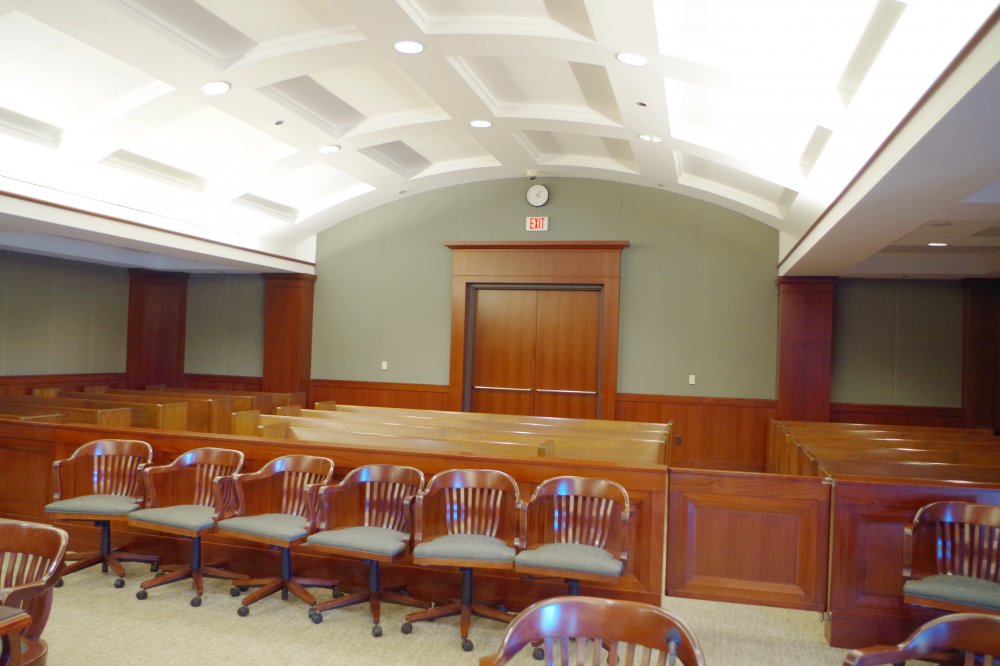