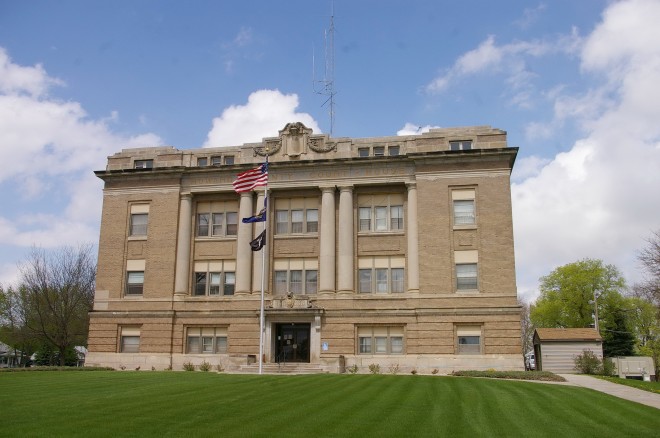 Howard County is named for Oliver Otis Howard, who was a general in the American Civil War.

Architect:  Berlinghof and Davis of Lincoln (  George A Berlinghof  )

Description:  The building faces south and is a four story dark brown colored brick, stone and concrete structure. The rectangular shaped building is located on spacious landscaped grounds in the center of St. Paul. The south front has more elaborate detail, including an outsized shield with large swags in the stepped parapet and six large columns rising from the second story to the top of the third story. Bedford, Indiana limestone is used effectively for trim, the foundation, and most notably the immense smooth round engaged columns. The stonework contrasts effectively with brownish colored face brick. The entrance on the first story is framed by grey colored stone. Across the roofline is a protruding stone cornice with the fourth story above. In the interior, there is a staircase directly across from the entry vestibule of the principal or south entrance. There are a number of important features, including marble counters, marble stairs and balusters, and ornamental plasterwork. Hallways have original light fixtures that are metal and have frosted globes. The district courtroom id located on the north side of the  third story extends upwards into the fourth story and has a narrow but ornate cornice that surrounds the room and features foliated motifs interspersed with plain discs. Moulded squared pilasters rest on marble wainscoting. Some pilasters occur in pairs and between their capitals are fanciful lion’s heads with more foliated motifs. Broad plaster beams divide the high ceiling into nine spaces and outline heavy Art Nouveau “bosses” of florid outsized acanthus leaves. Lights consisting of six large globes are suspended from the acanthus bosses, a highly effective feature. Woodwork is relatively simple and original; the judge’s bench has panels and fluted Corinthian corner pilasters. The building houses the District Court and County Court of the 8th Judicial District.

Note: The contractor, George C Pesha was fired from the project at the end of 1913 due to being inconsistent with his work and unable to meet the bid requirements, and was thereafter repeatedly sued against his surety bond.  The architectural firm, Berlinghof & Davis, were allowed to appoint their project supervisor, John Fraas of Lincoln to fill his place. 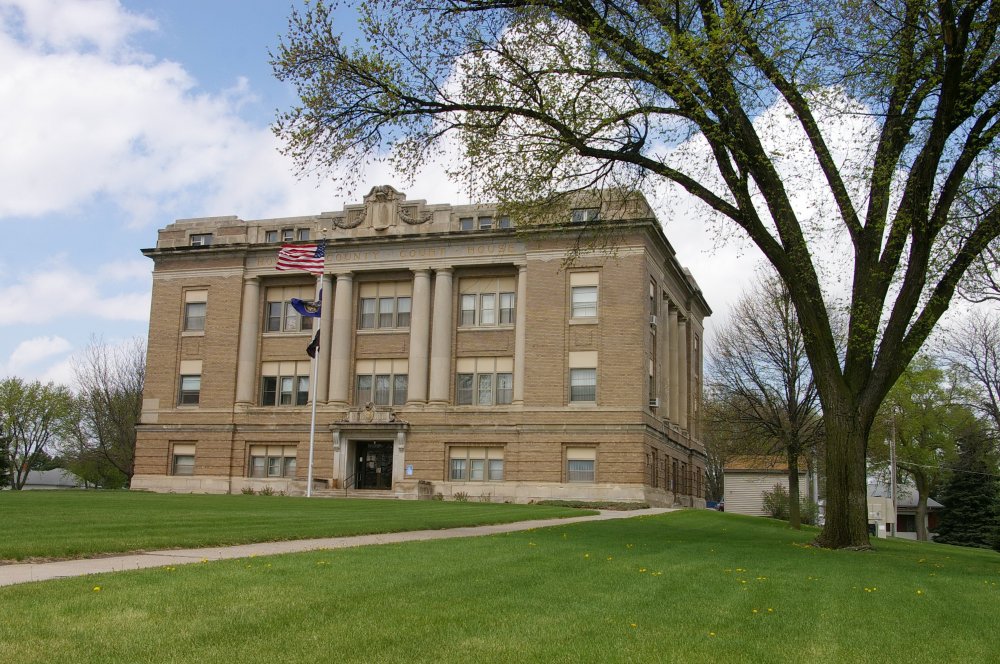 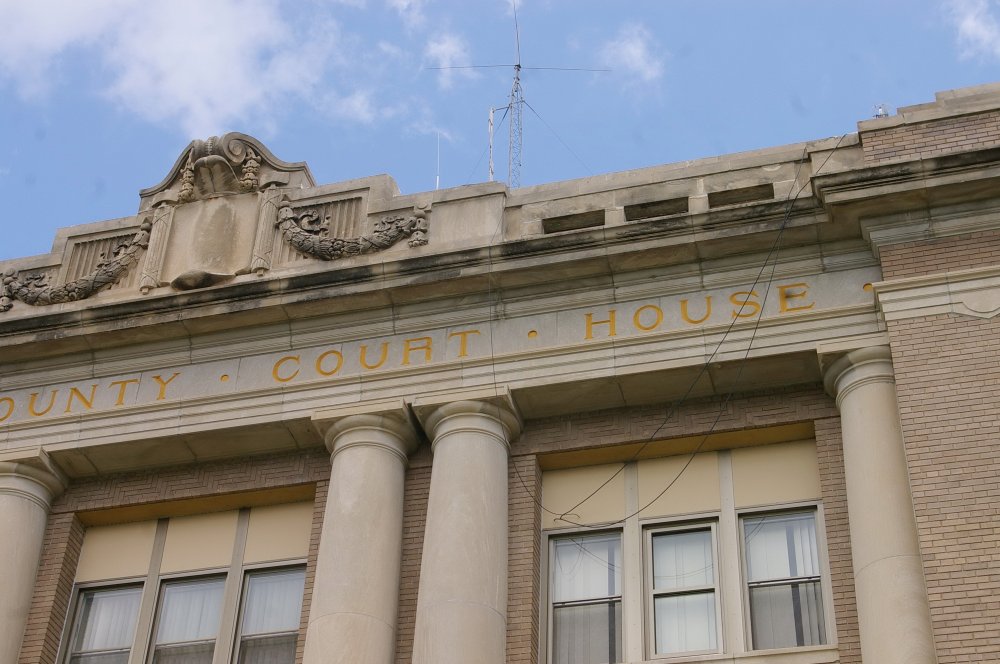 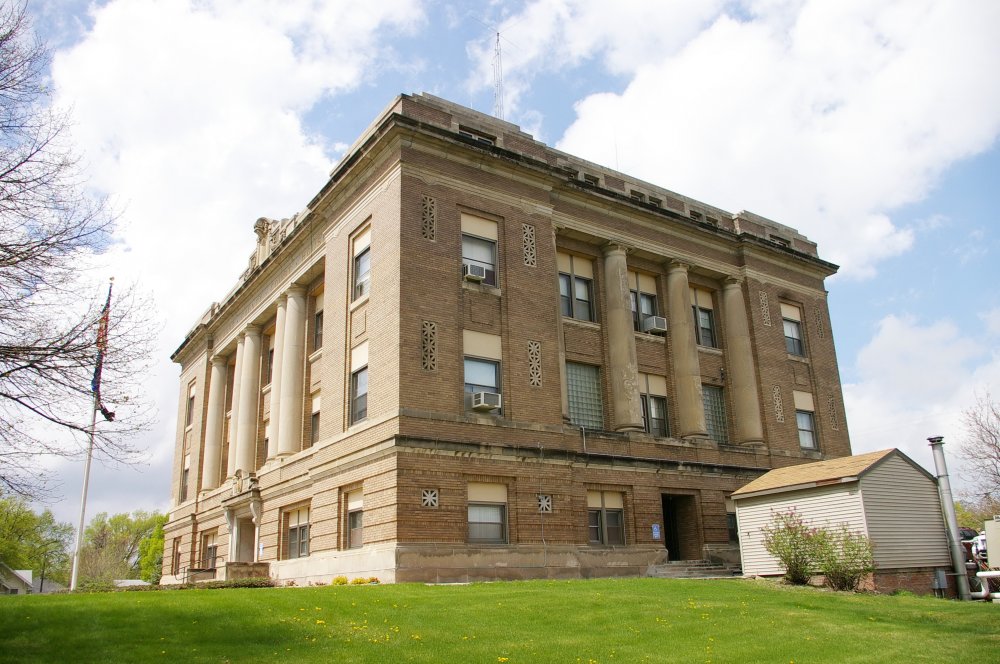 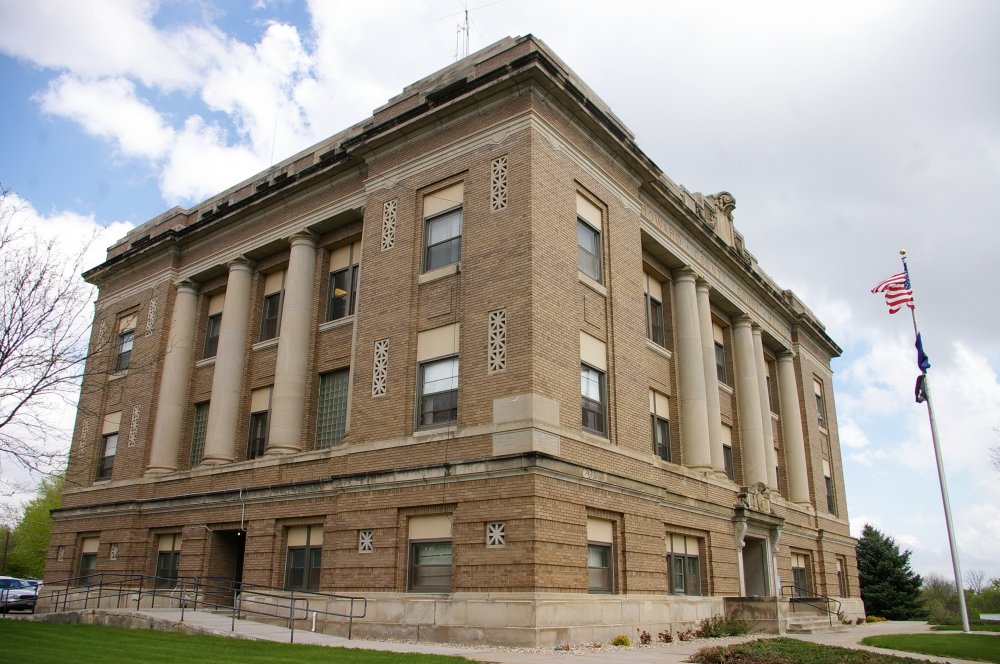 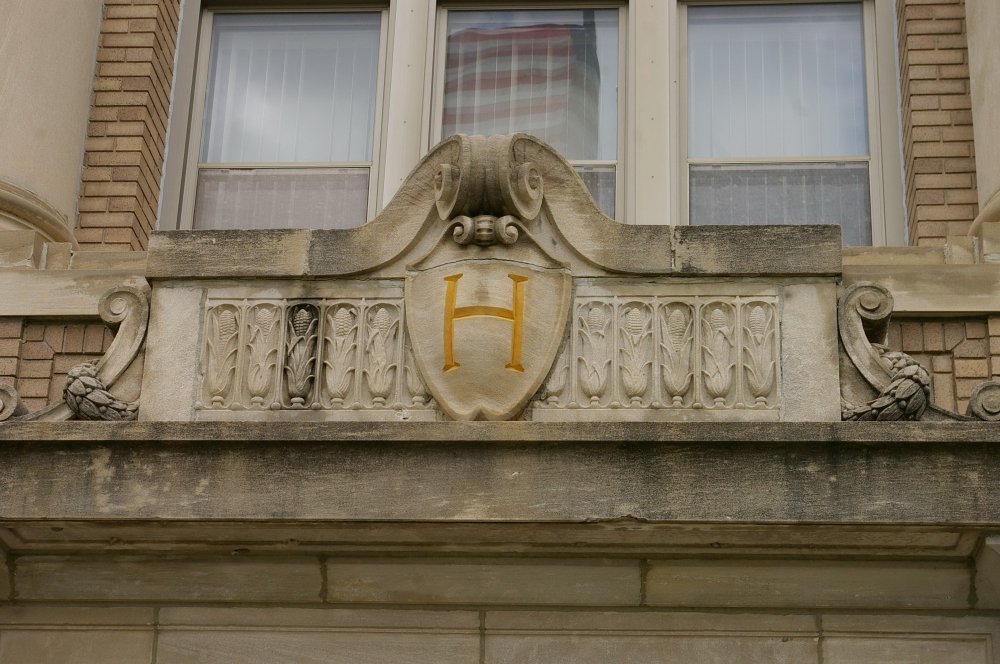 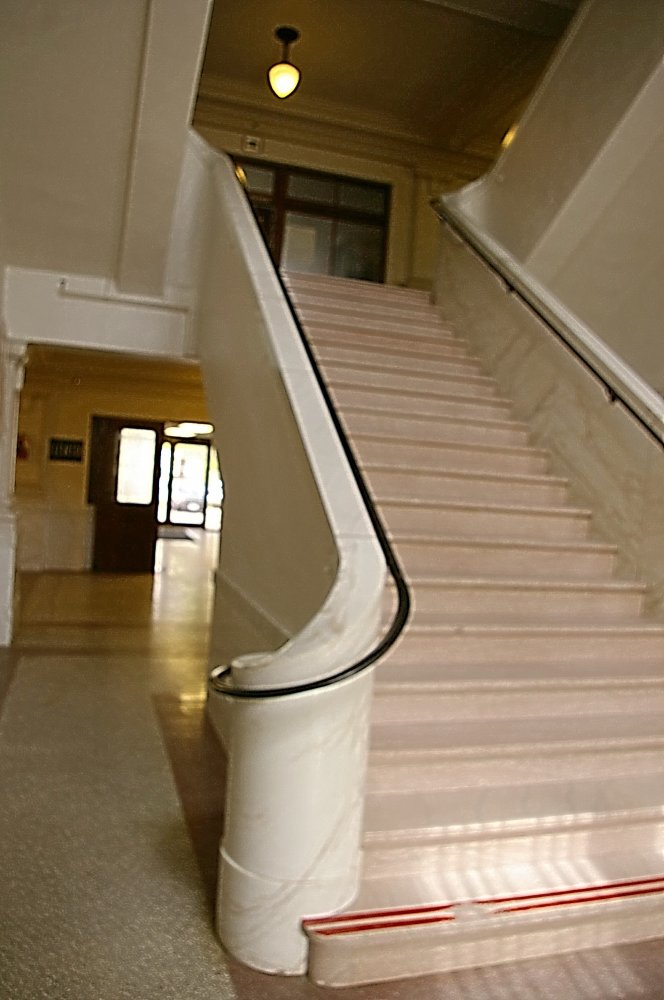 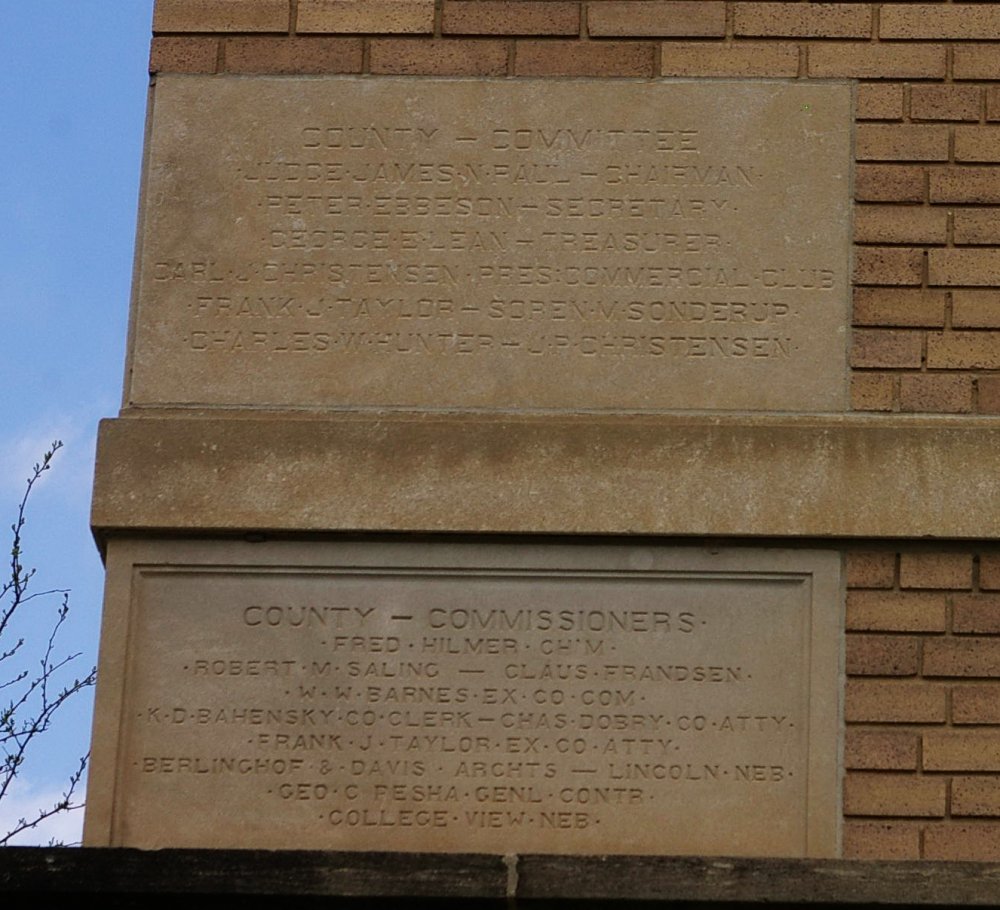 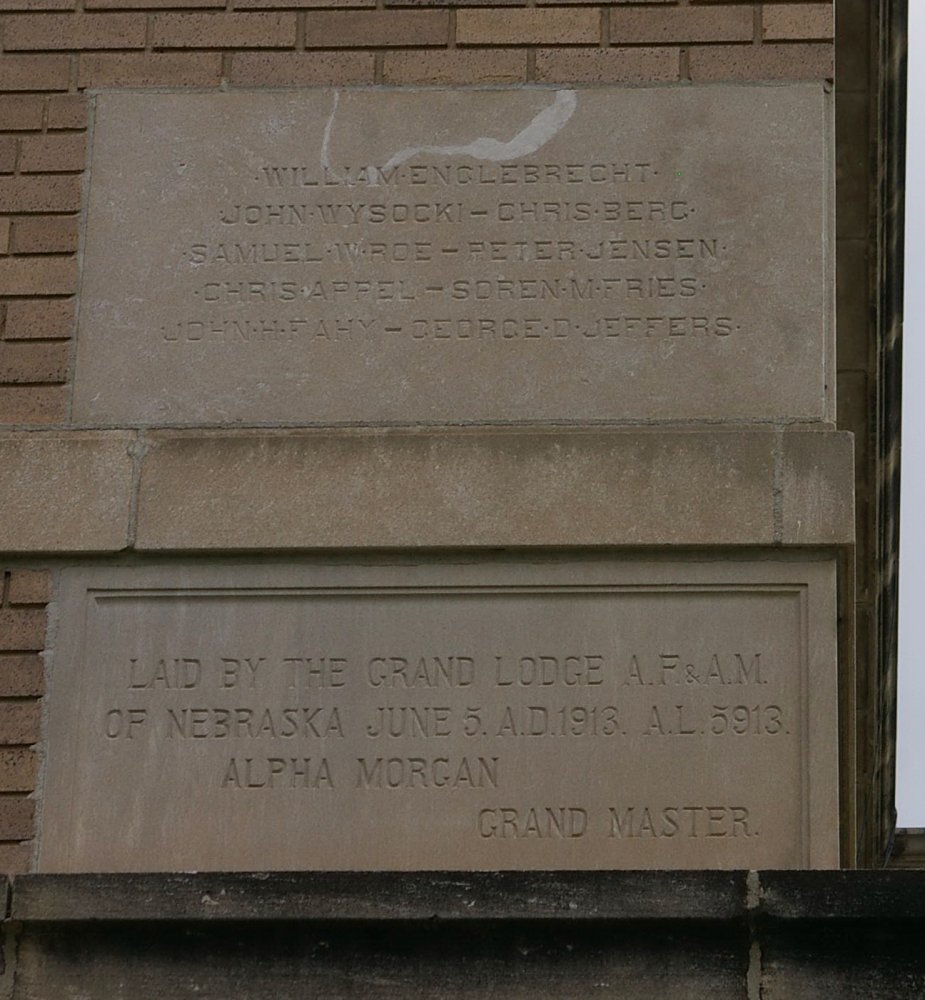 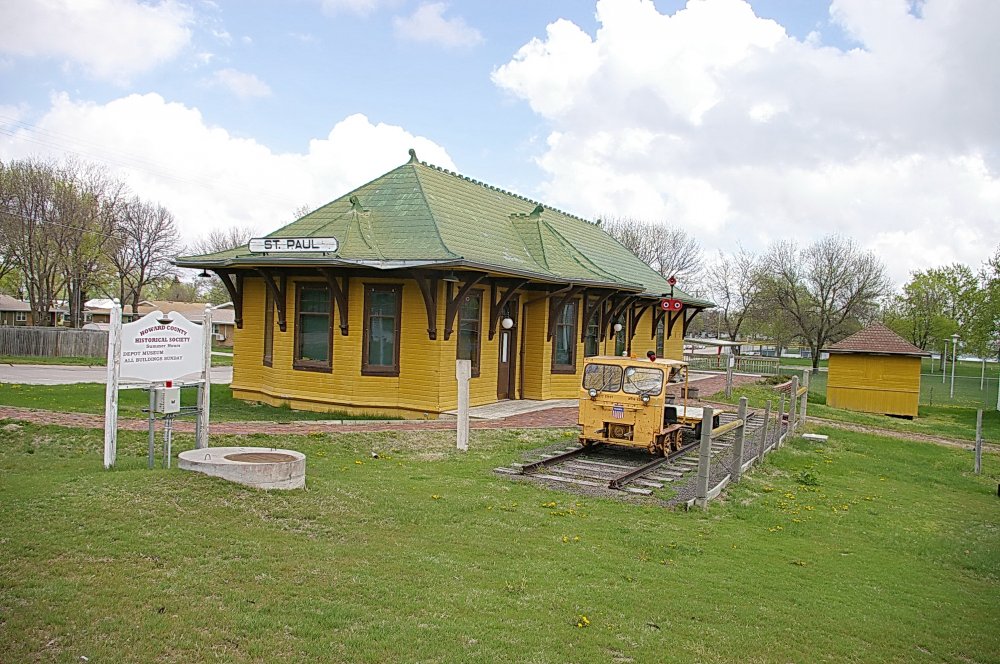 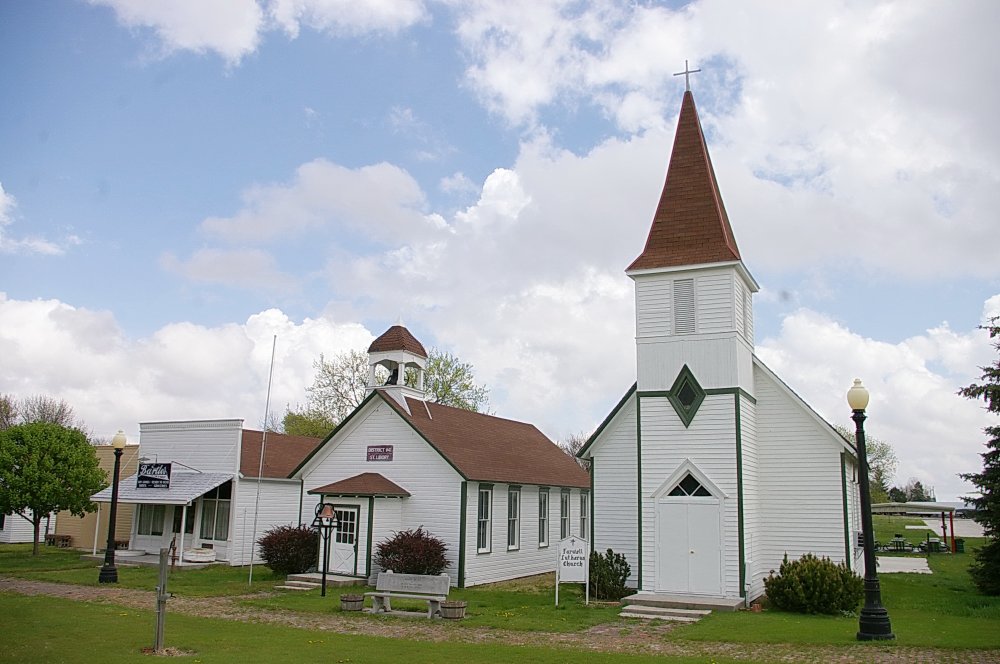