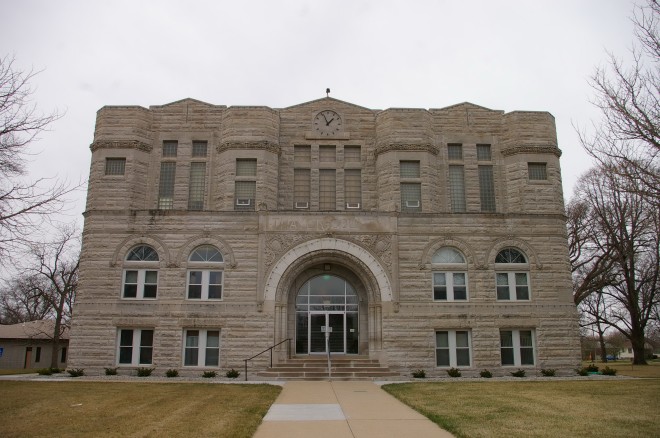 Thayer County is named for John Milton Thayer, who was a Civil War general and a Governor of Nebraska.

Description:  The building faces east and is a two story gray Indiana Bedford limestone and Vermont marble structure. The building is located on landscaped grounds in the center of Hebron. The castle-like building is square in shape. The basement is raised and the east front has a large arch with recessed entrance. The first story windows are arched and second story has castle-like turrets and a clock below the flat roof line. The building houses the District Court and County Court of the 1st Judicial District.

Note:  The courthouse had a central tower above the east entrance that was so badly damaged by the Hebron tornado of 1953 that it was removed.

History:  The county was created in 1871 and Hebron was selected as the county seat. The first courthouse was a two story wooden structure built in 1877 with the jail cell underneath having two small port holes. The second and present courthouse was constructed in 1901 to 1902. 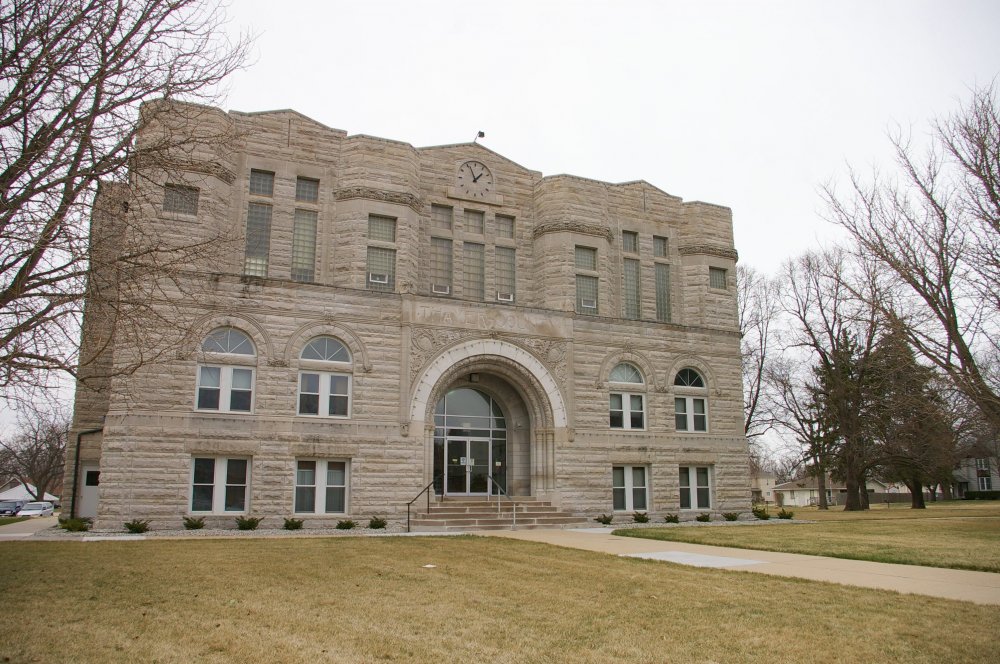 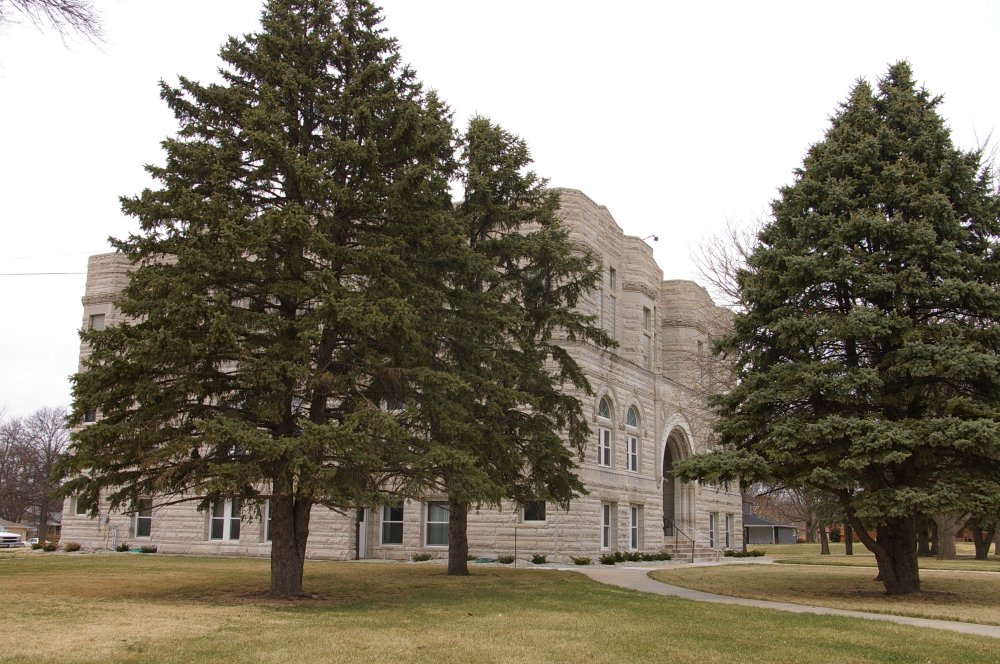 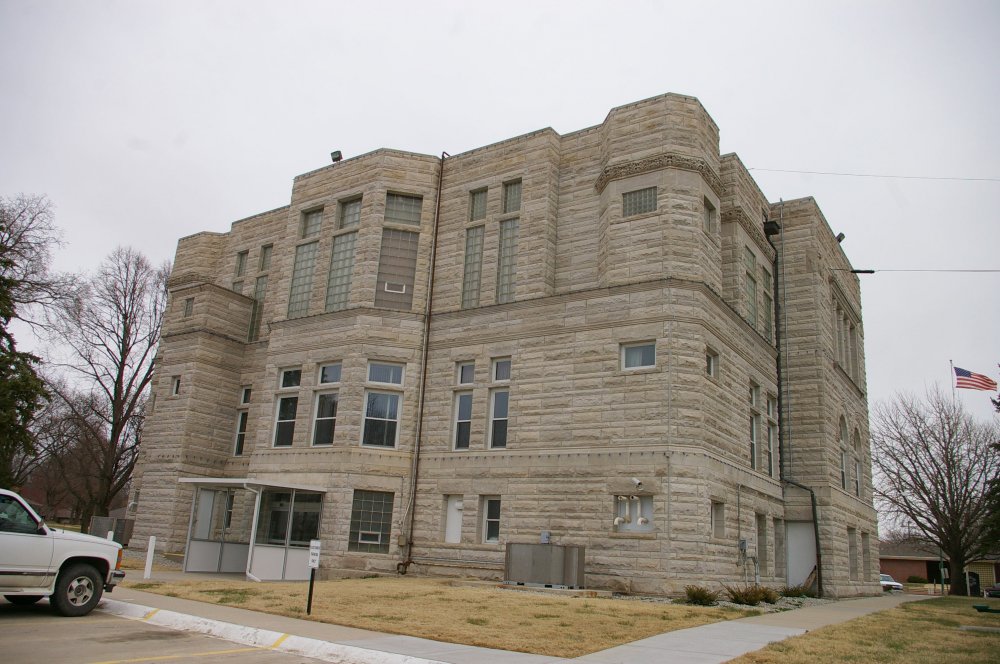 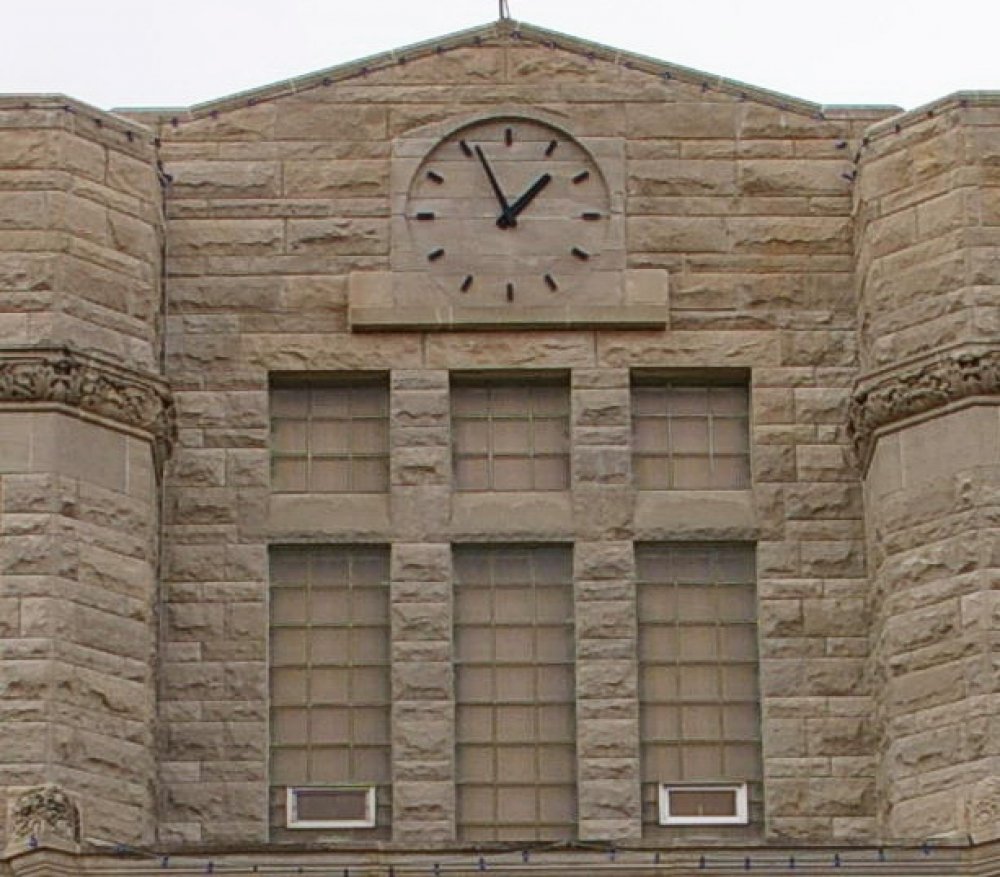 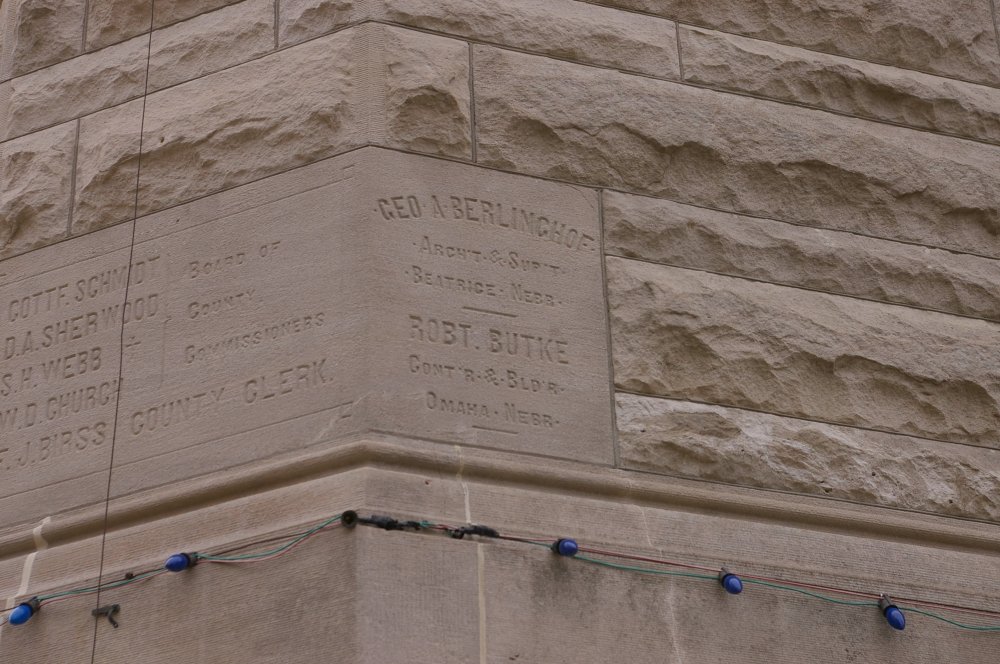 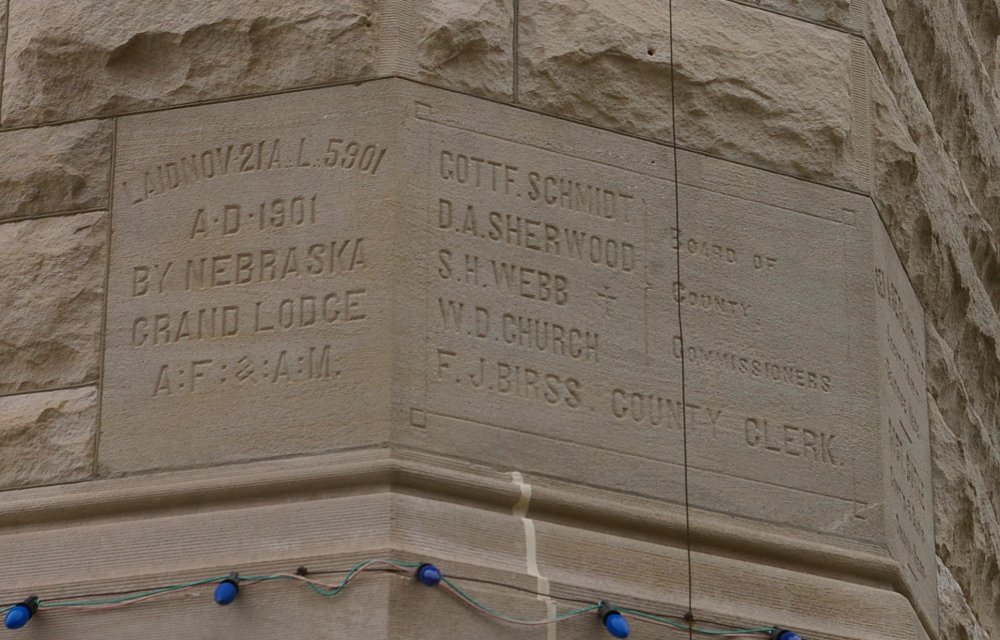 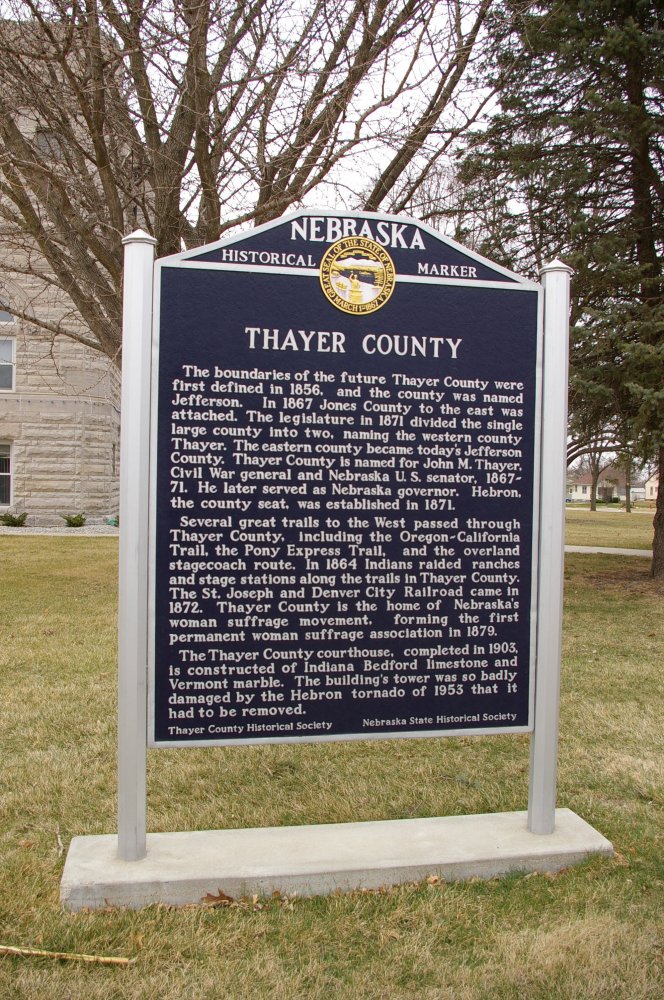 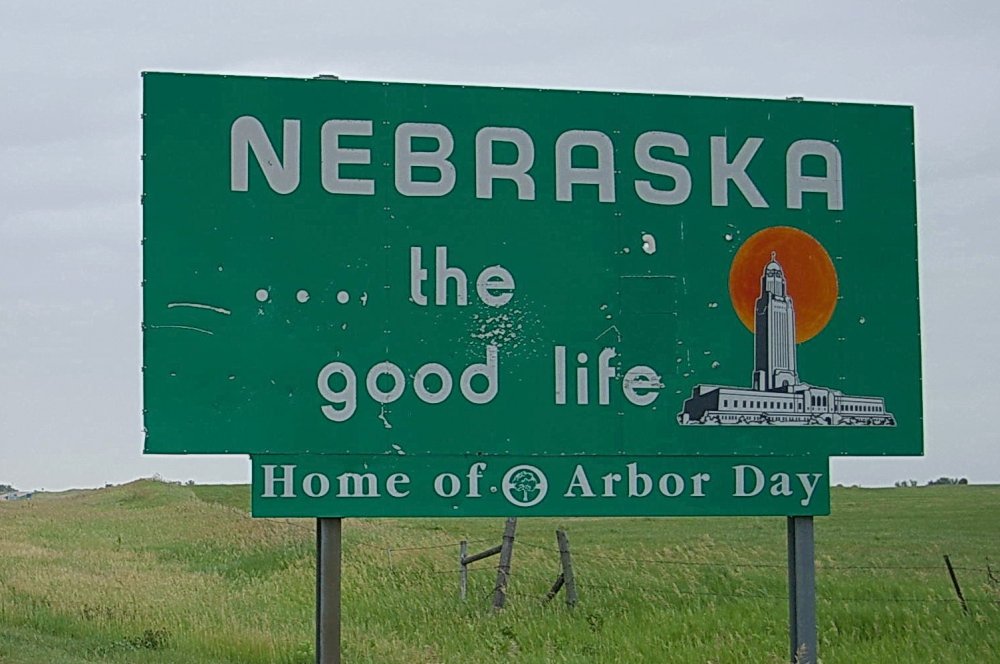