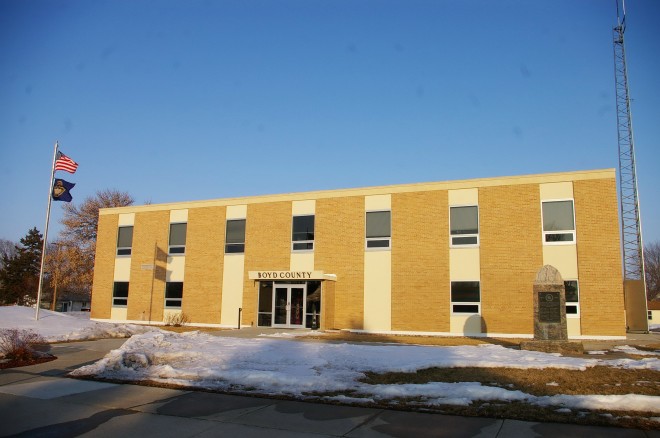 Description:  The building faces west and is a two story light brown colored brick and concrete structure. The building is located on landscaped grounds in the center of Butte. The central west entrance of the rectangular shaped building has a small canopy over the doorway. There are yellow colored vertical panels between the windows. The roof line is flat. The building houses the District Court and County Court of the 8th Judicial District.

See:  The architect, B H Backlund and Associates Inc. of Omaha, designed courthouses in Brown County and Cuming County.

See:  On the east side of the courthouse is the old one story red colored brick jail built in 1904.

History:  The county was created in 1891 and Butte was selected as the county seat. A two room store was moved into the center of Butte and was the first courthouse. The second courthouse was a two story brick structure built in 1904 and remodeled in 1941. The third and present courthouse was constructed in 1965 to 1966. 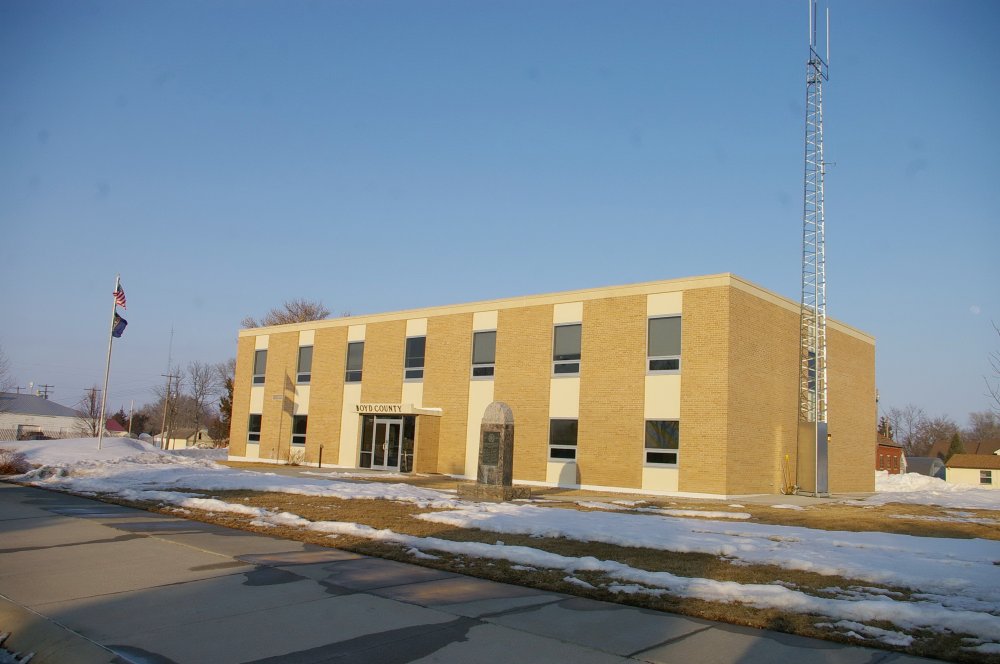 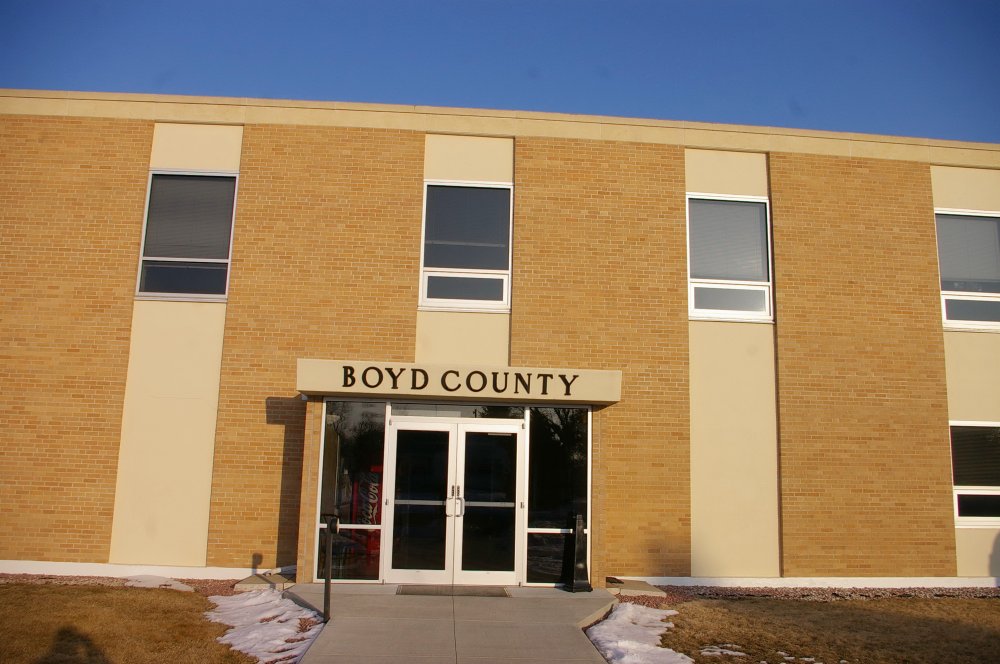 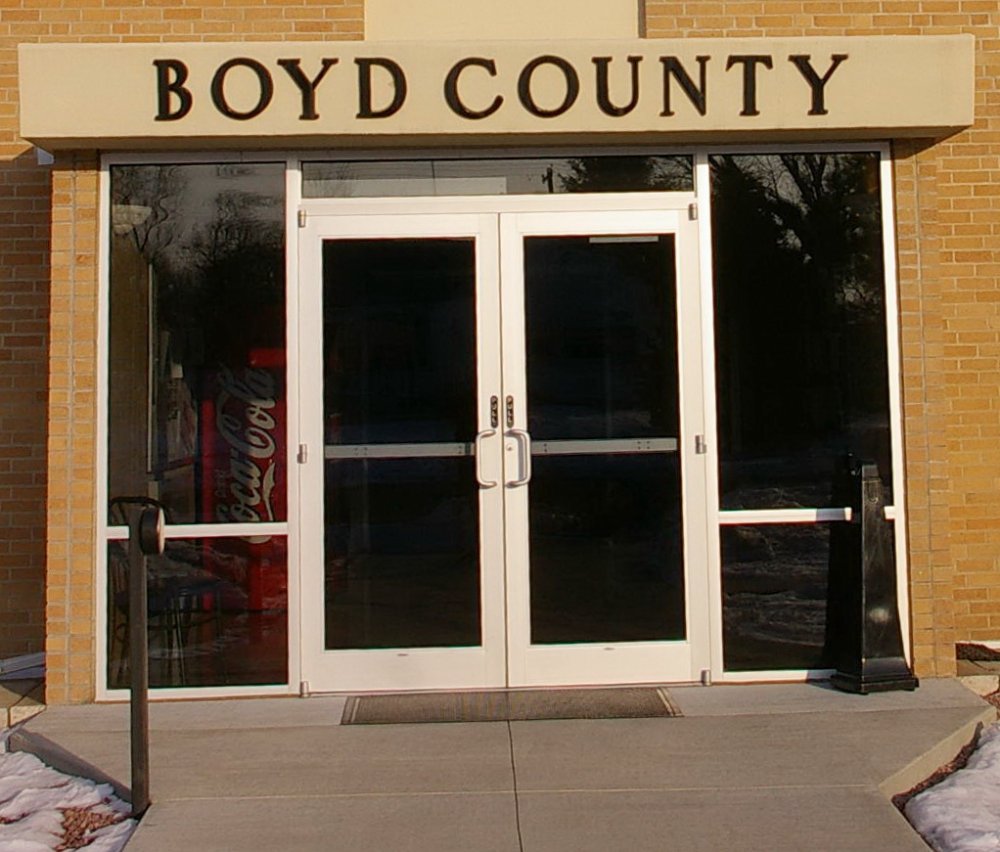 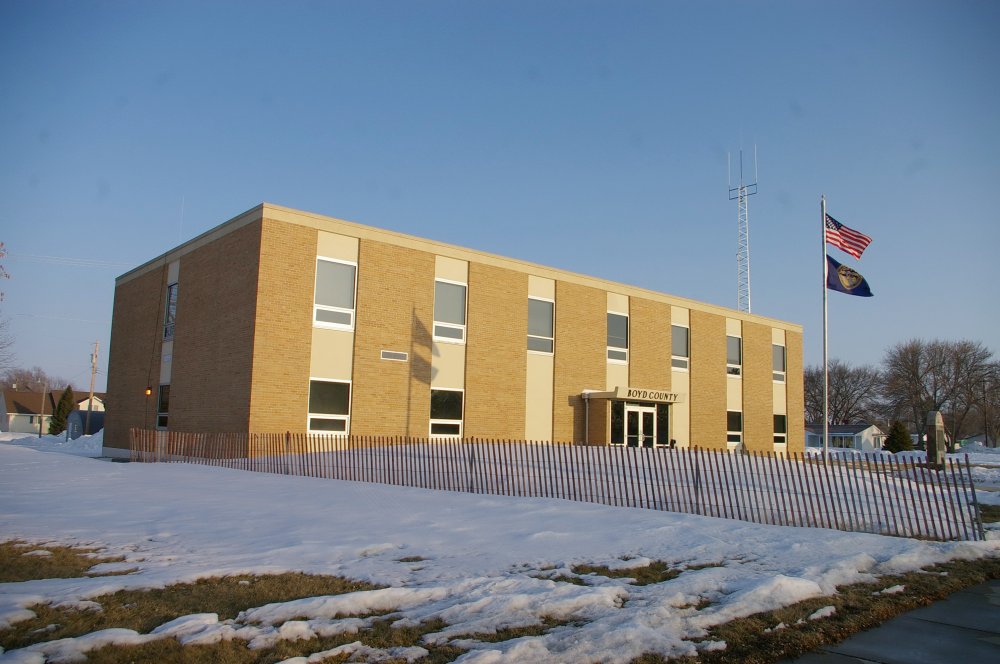 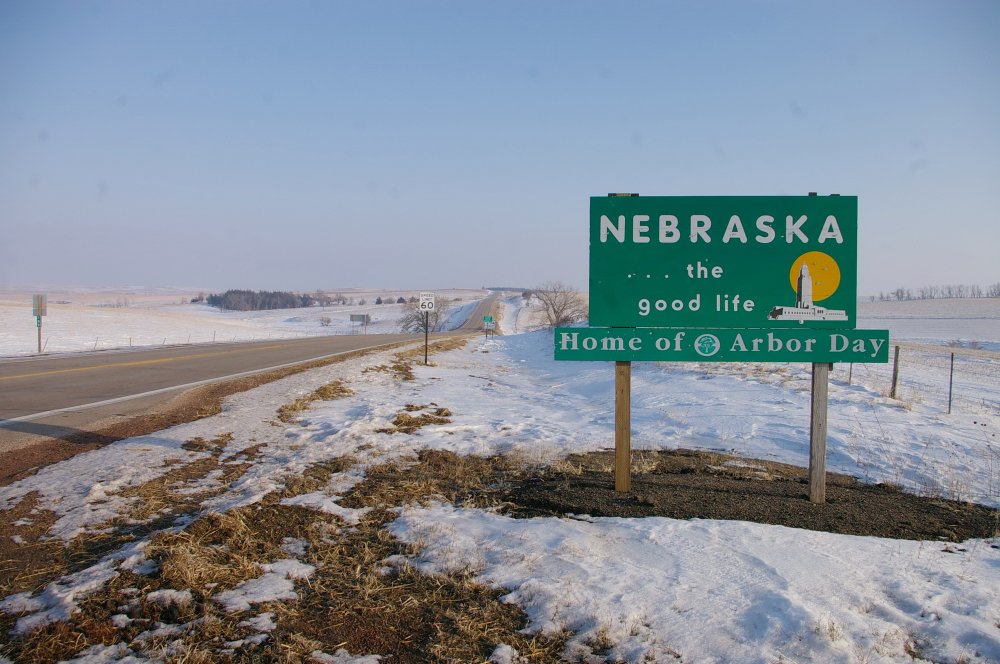