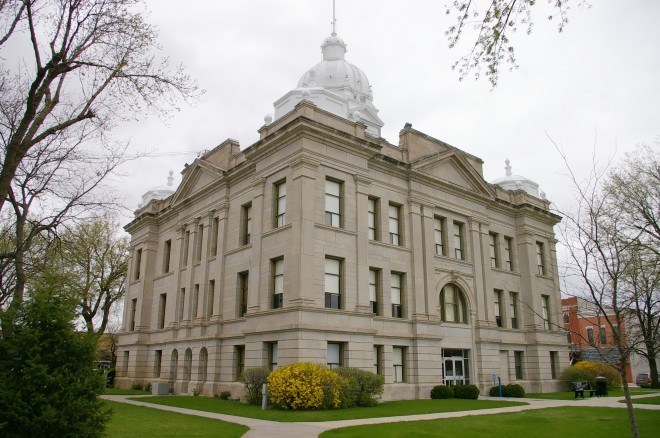 Description:  The building faces west and is a three story gray stone and concrete  structure. The building is located on the landscaped grounds of the Courthouse Square in the center of Minden. The first story has horizontal smooth, rusticated stone. On the west and east sides, the central entrance has an arched widow above on the second story and rises to a pediment at the roof line. On the north and south sides, there are three arches for the central entrances. On each corner of the building there is a white colored flat dome. On the center of the roof is a large white colored dome rising to a white colored cupola at the top. The building is located in Courthouse Square. In the interior, the sole staircase is located at the center of the west facade directly across from the entry at the ground level. A large assembly room and library were also on the ground floor, on the east side.The courtroom is located on the east side of the third story. The building houses the District Court and County Court of the 10th Judicial District. 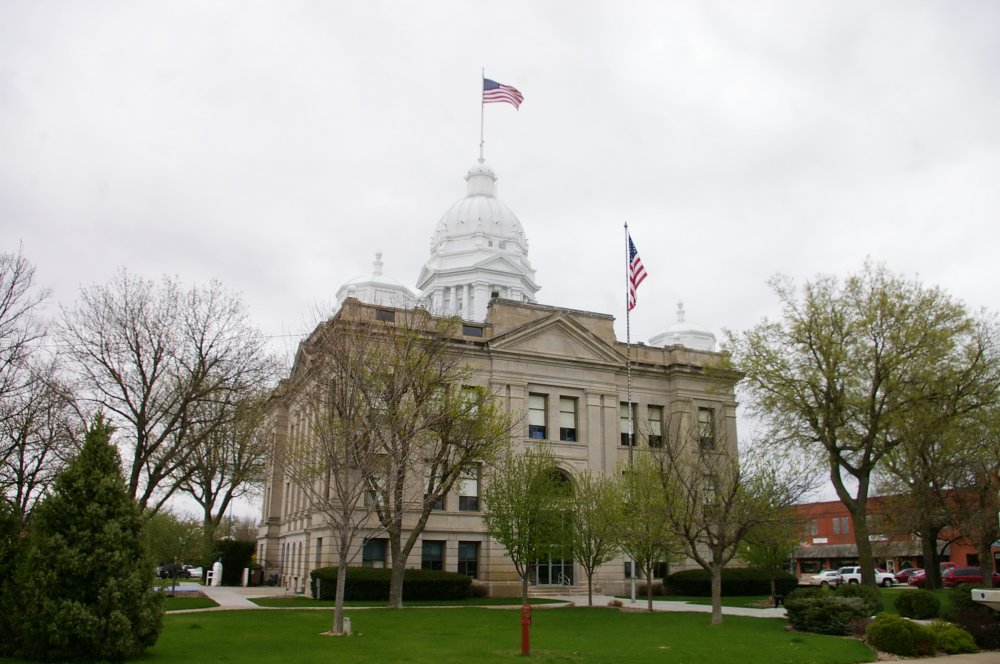 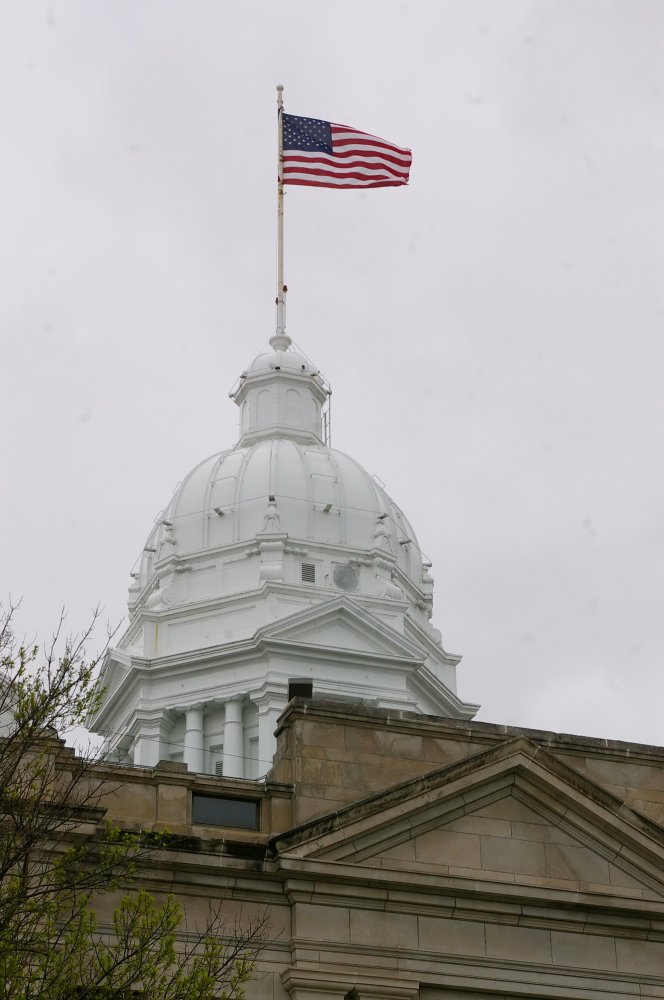 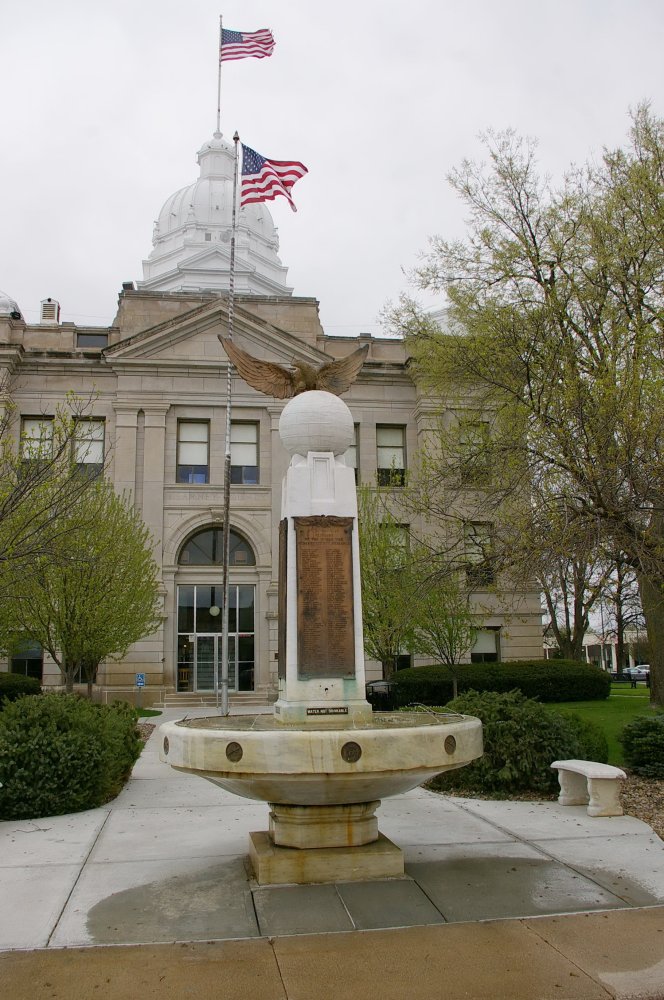 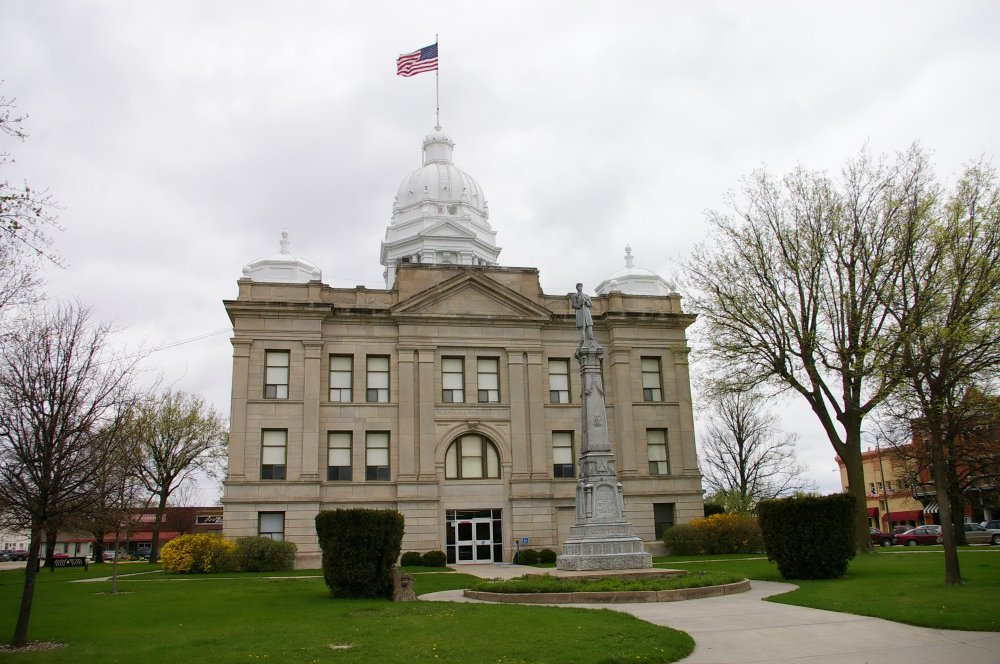 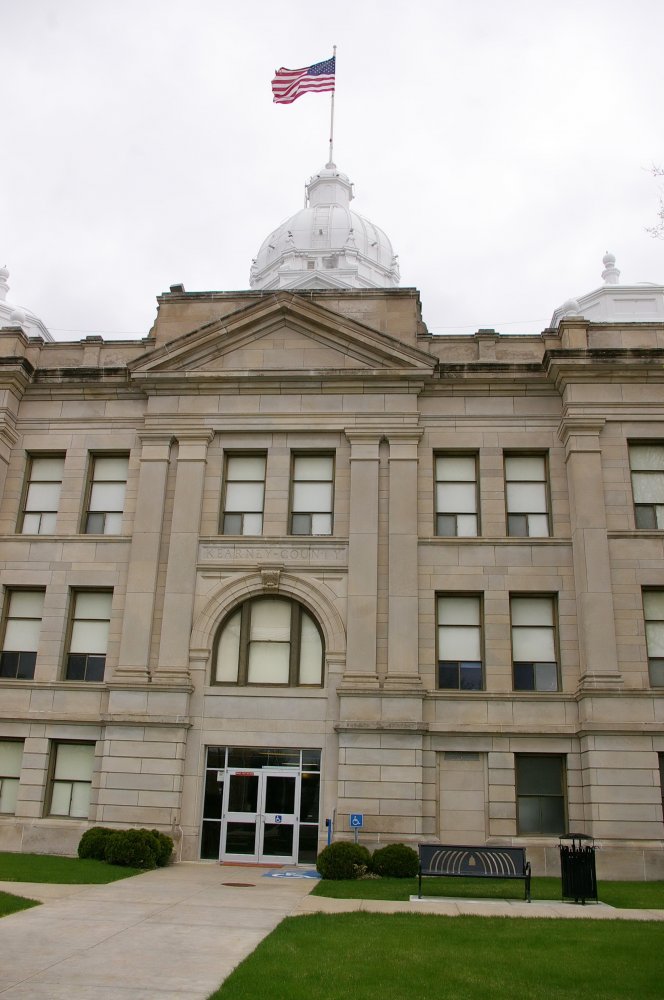 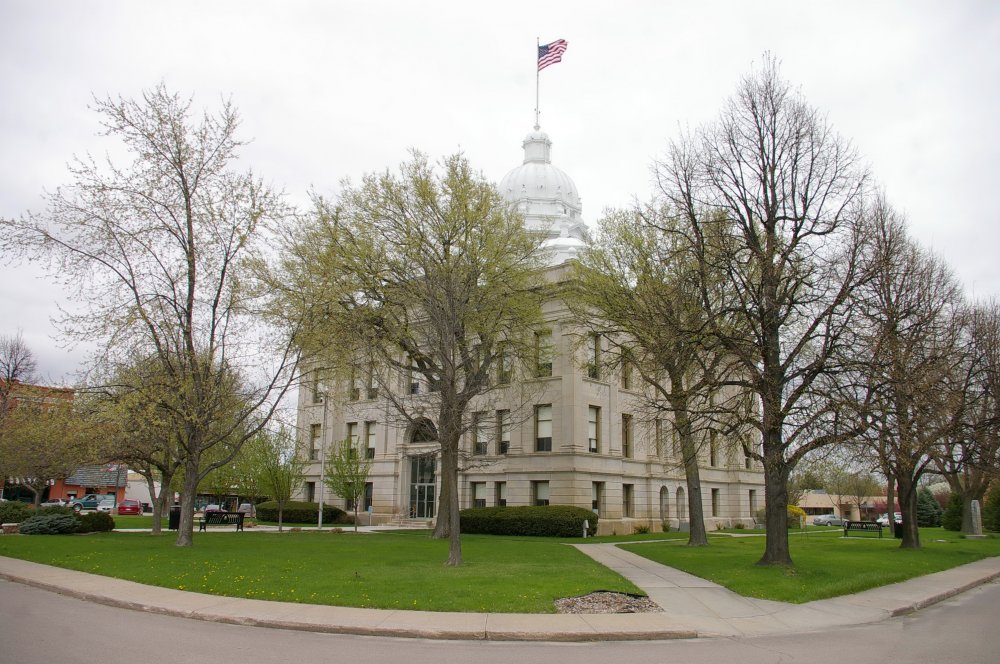 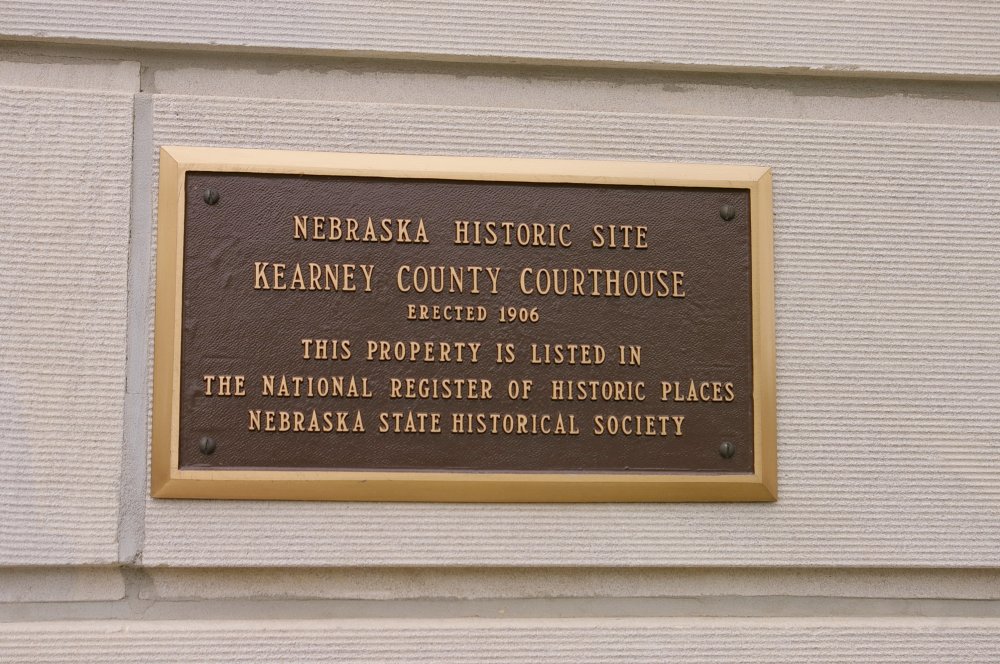 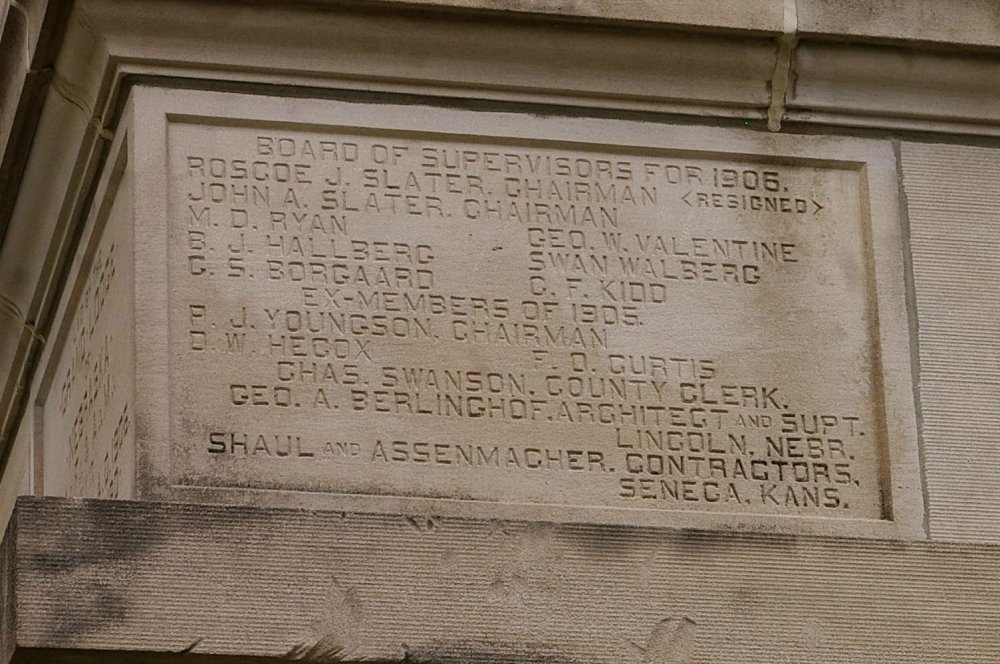 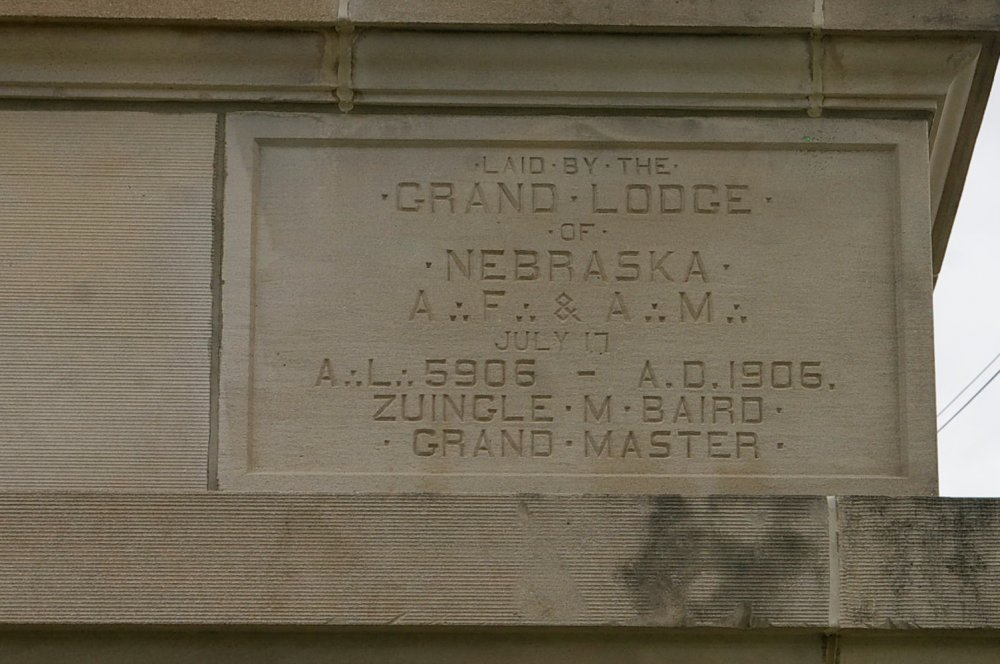