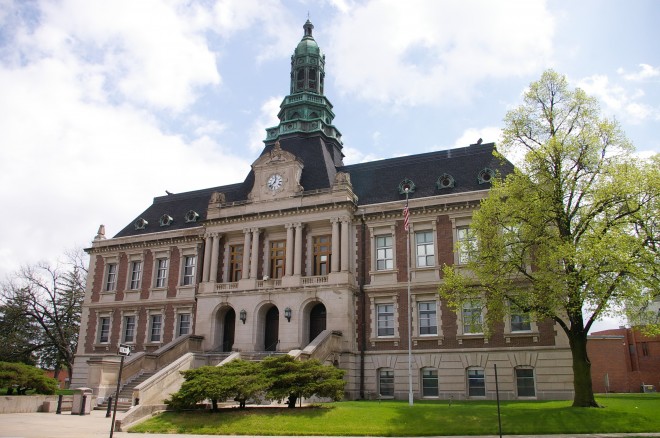 Hall County is named for Augustus Hall, who was the Chief Justice of the Territorial Supreme Court at the time the county was created.

Description:  The building faces northwest and is a two story dark red colored brick and stone structure. The building is located on landscaped grounds in the center of Grand Island. The north front of the rectangular shaped building has wide stone steps ascending to the first story. Executed in limestone with brick accents on the second level, the entrance pavilion is detailed with arched openings on the main level, four sets of coupled columns framing a second level balcony and an enlivened cornice accented on the corners with anthemion and in the center with clock surrounded by a broken pediment. The base of the building is horizontal white colored stone. Stone trims the building corners and below the second story windows and along the roofline. In the center of the roof rises a tall green colored spire with dome and smaller dome at the top. In the interior is the rotunda, entrance to which is gained through the vestibule. The rotunda has a plaster cast domed ceiling detailed with classical motifs, and is lighted by a central skylight. Opposite the main entrance is the iron stairway. On the second story, the courtroom is located on the west side. The courthouse is modeled after the first courthouse. The building houses the District Court and County Court of the 9th Judicial District.

History:  The county was created in 1858 and Grand Island was selected as the county seat. The county rented premises until the first courthouse, a two story brick structure was built by Christian Anderson, D Plumster and James Tout in 1872 to 1873 at a cost of $15,750. The second and present courthouse was constructed in 1902 to 1904 at a cost of $121,142 which included construction of the jail for $11,418. 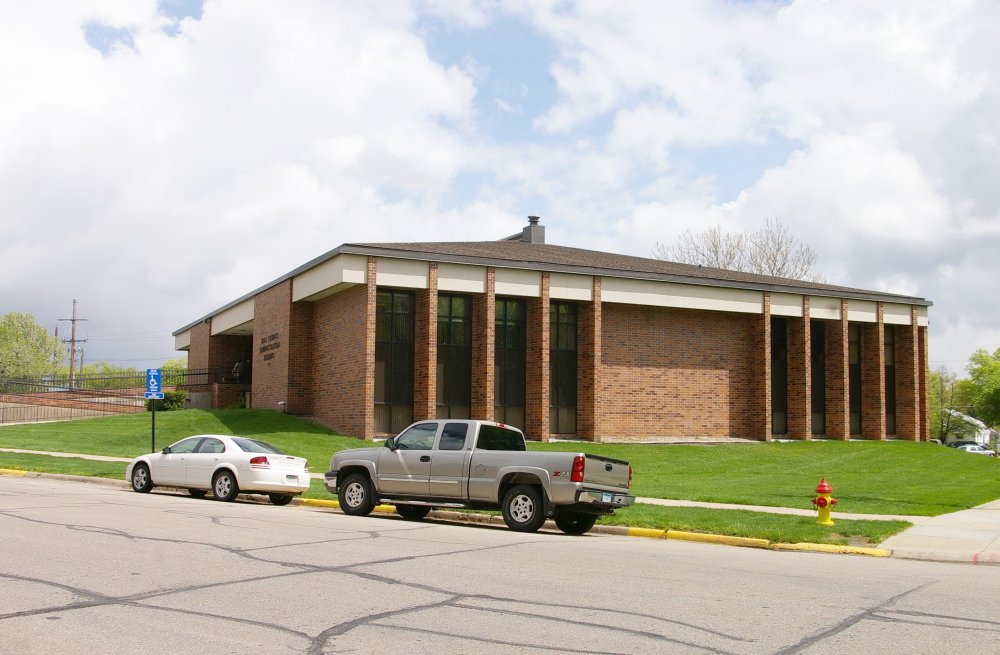 Description:  The building faces northwest and is a two story red colored brick and concrete structure. The building is located on landscaped grounds on the east side of the courthouse. The central north entrance is recessed with glass panels. Along the sides are vertical dividers with recessed windows. The roof is sloped. 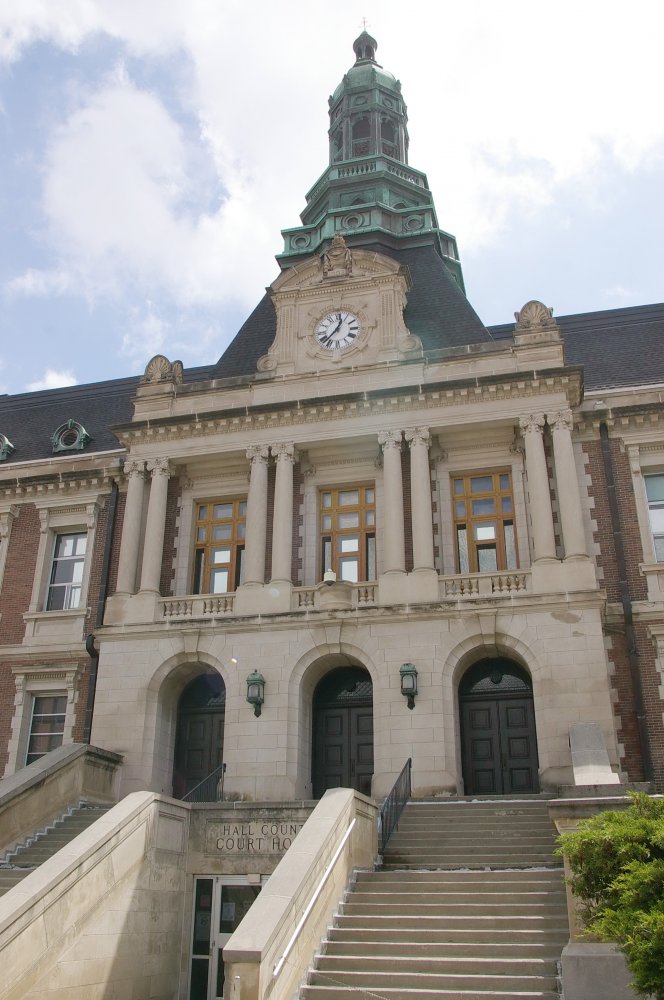 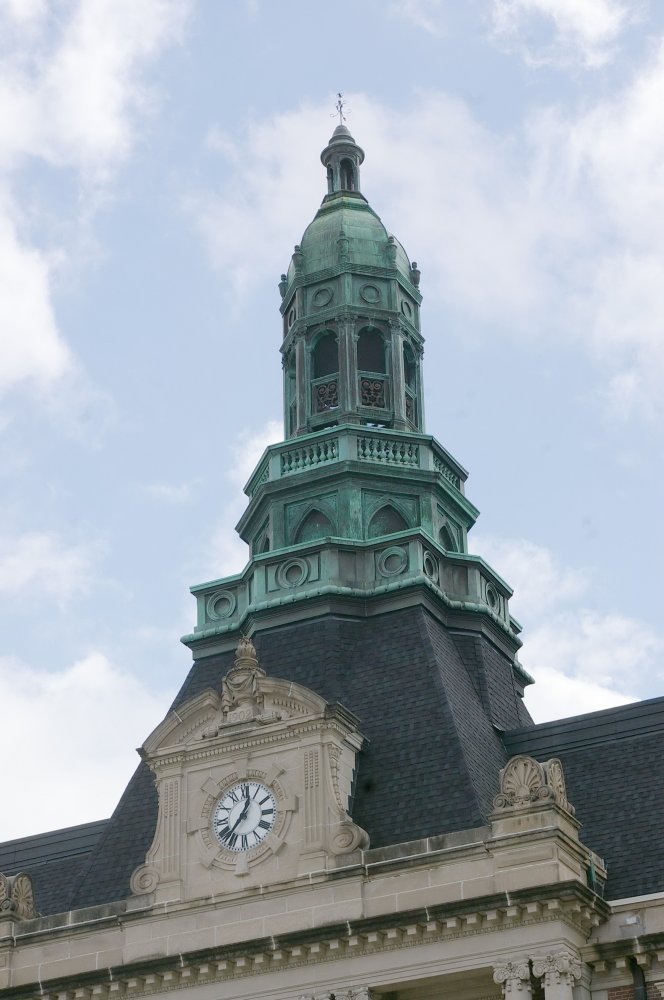 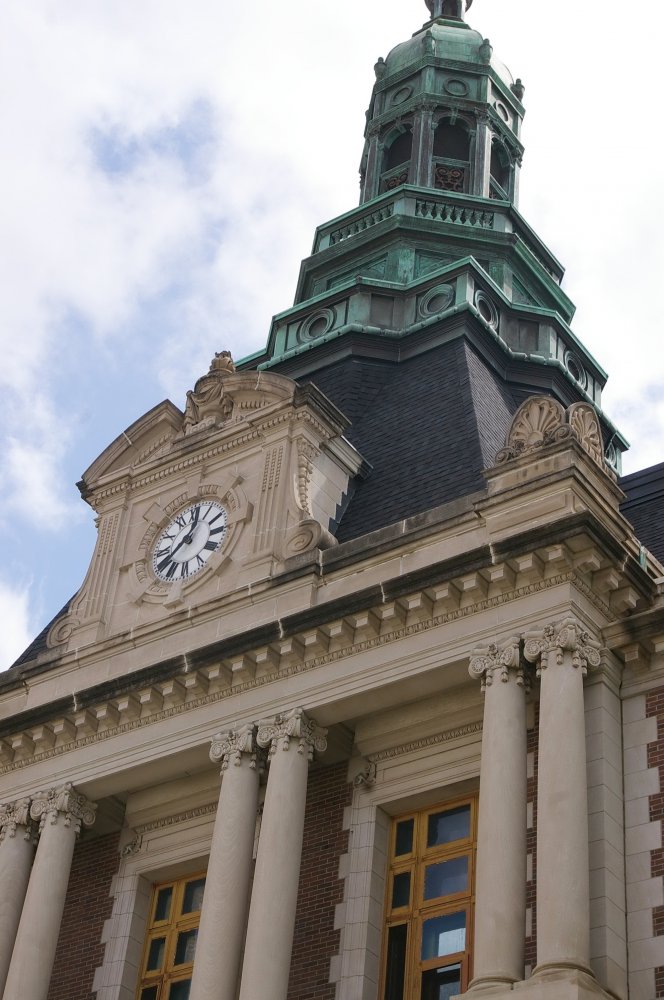 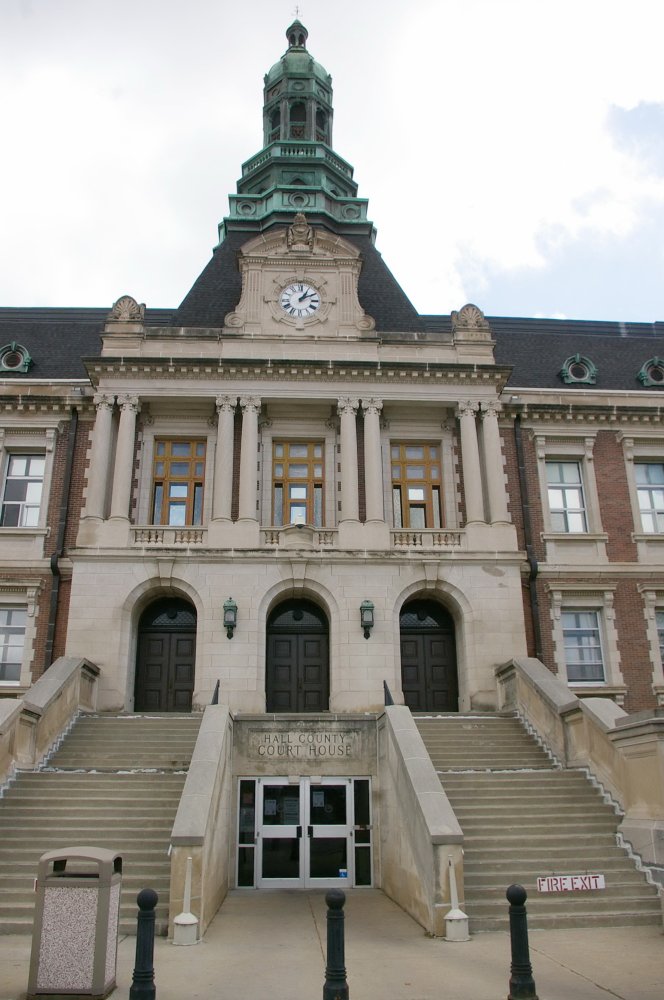 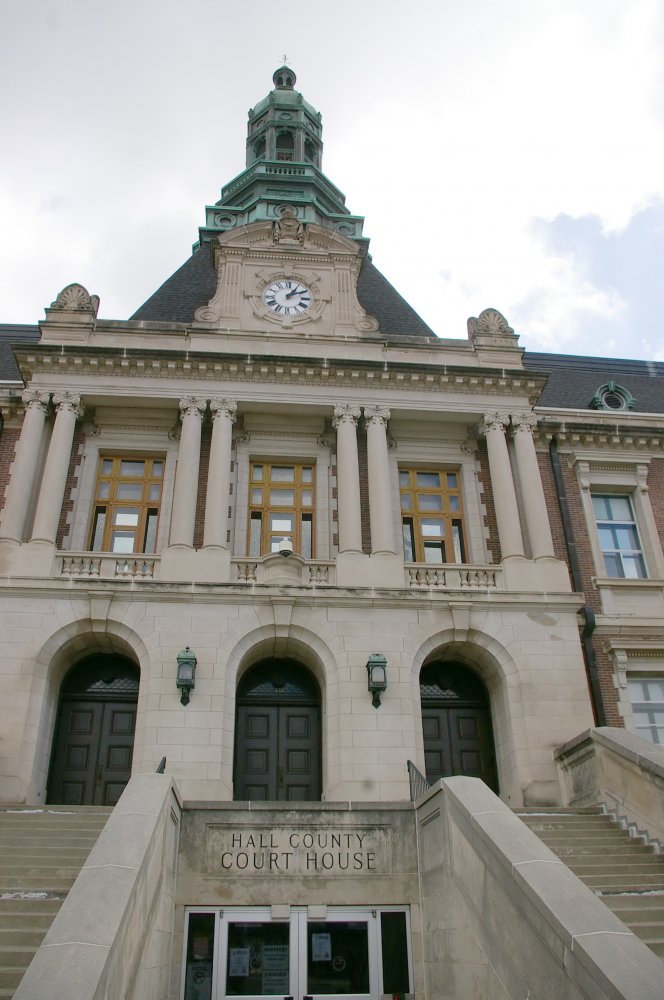 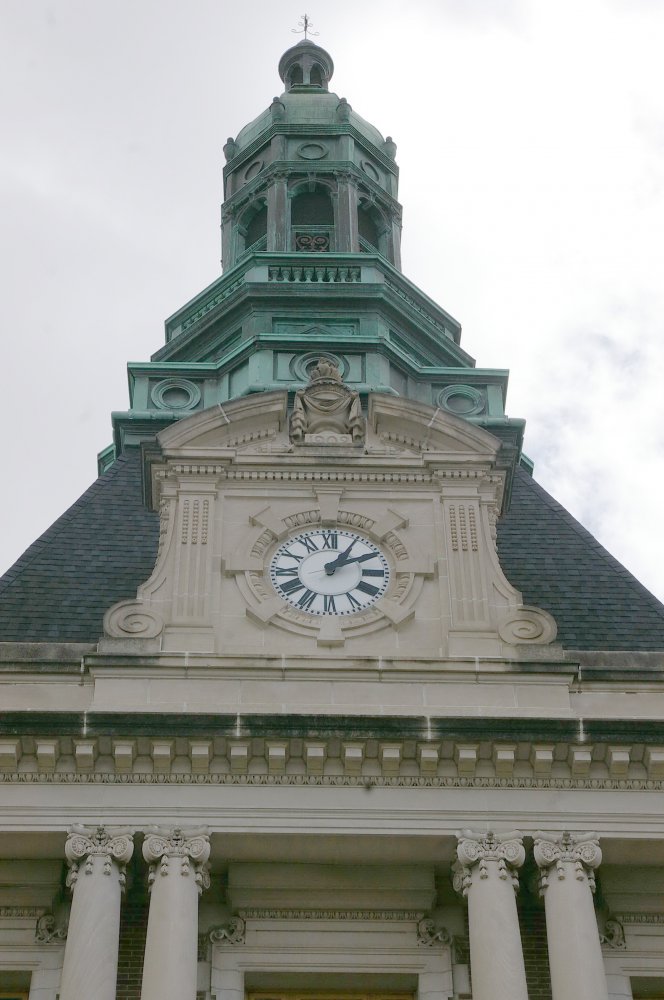 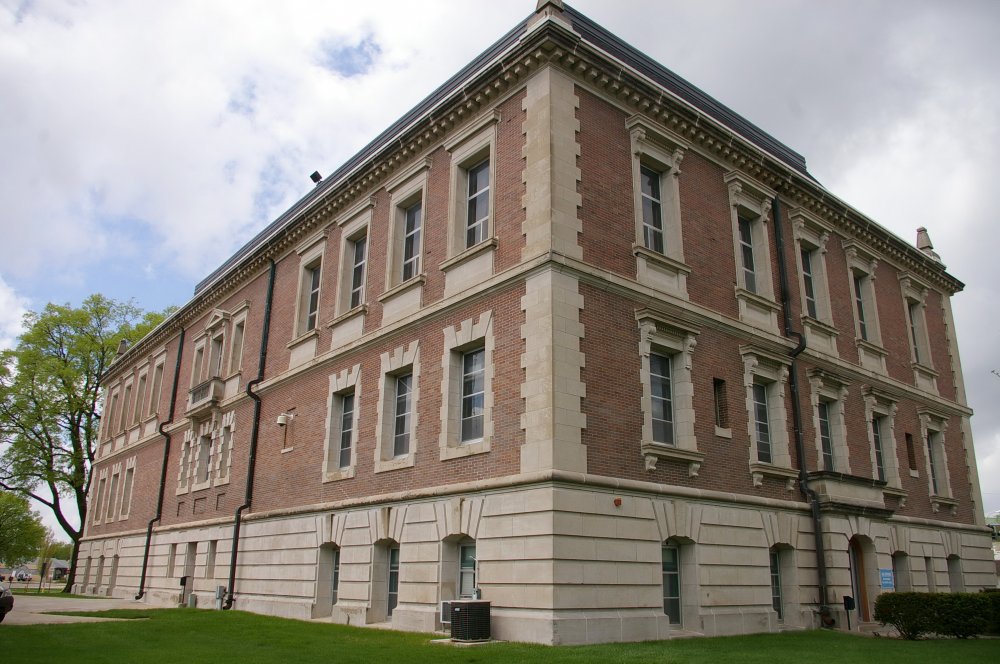 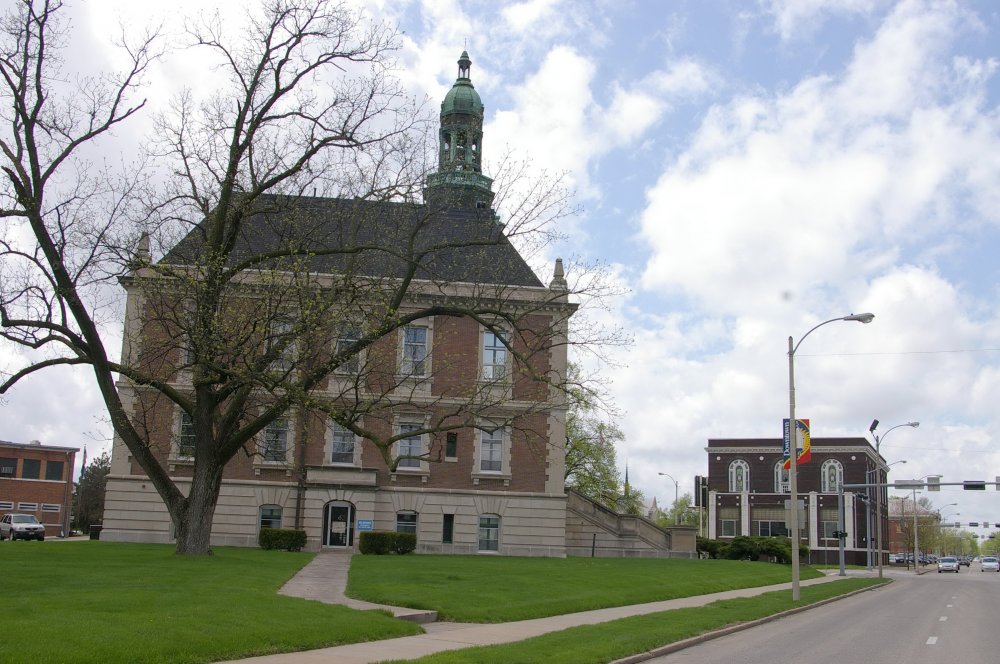 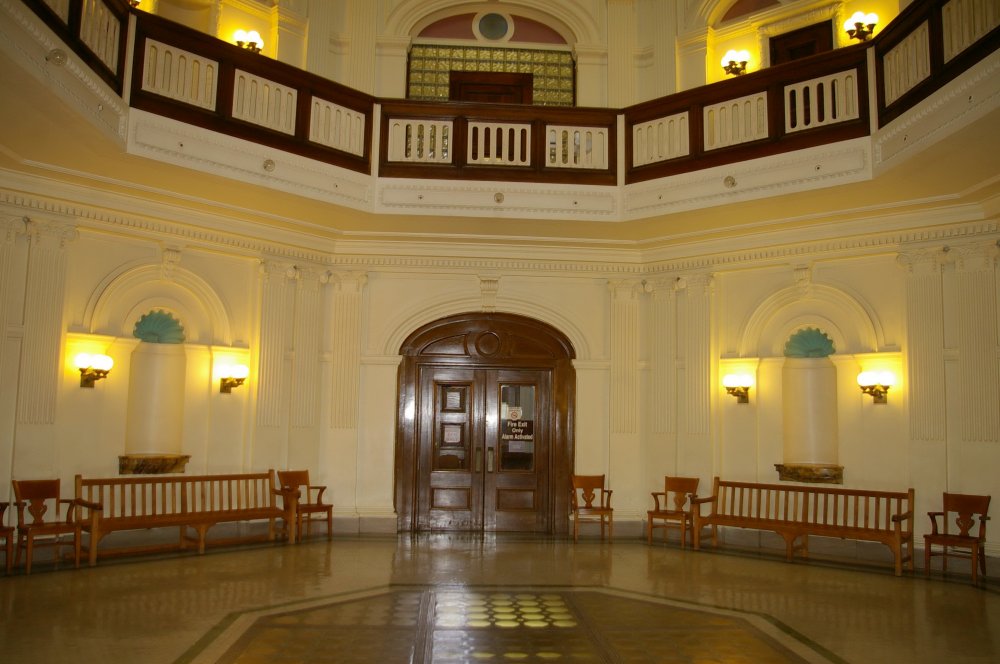 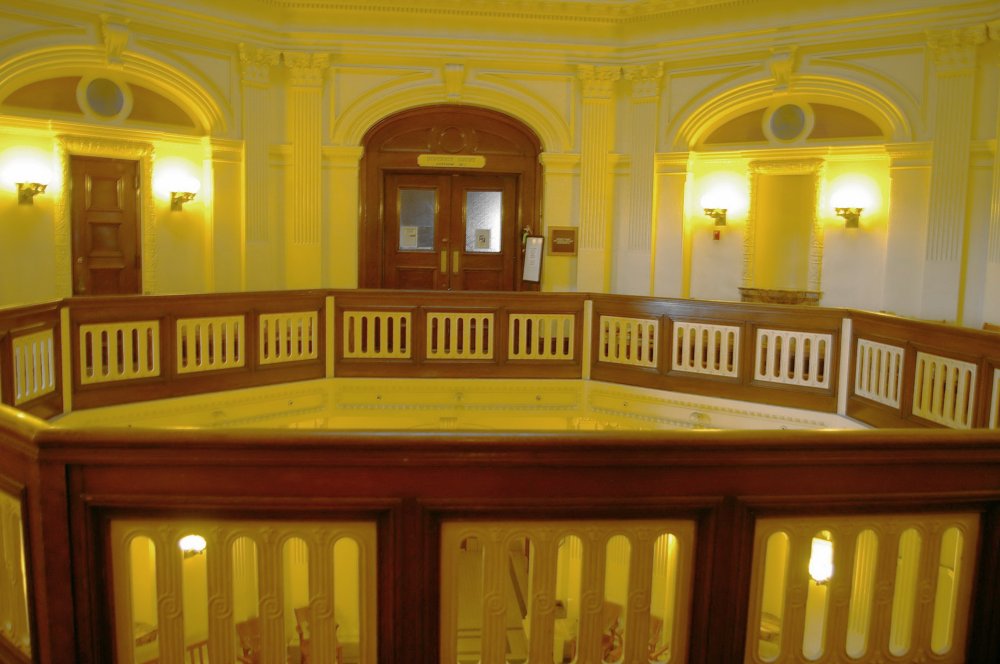 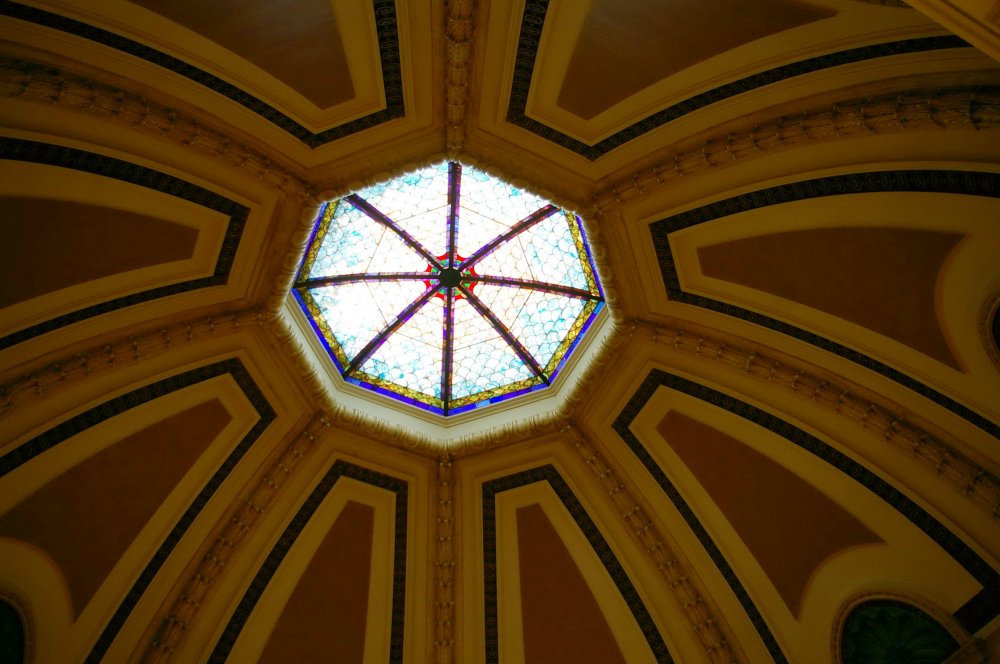 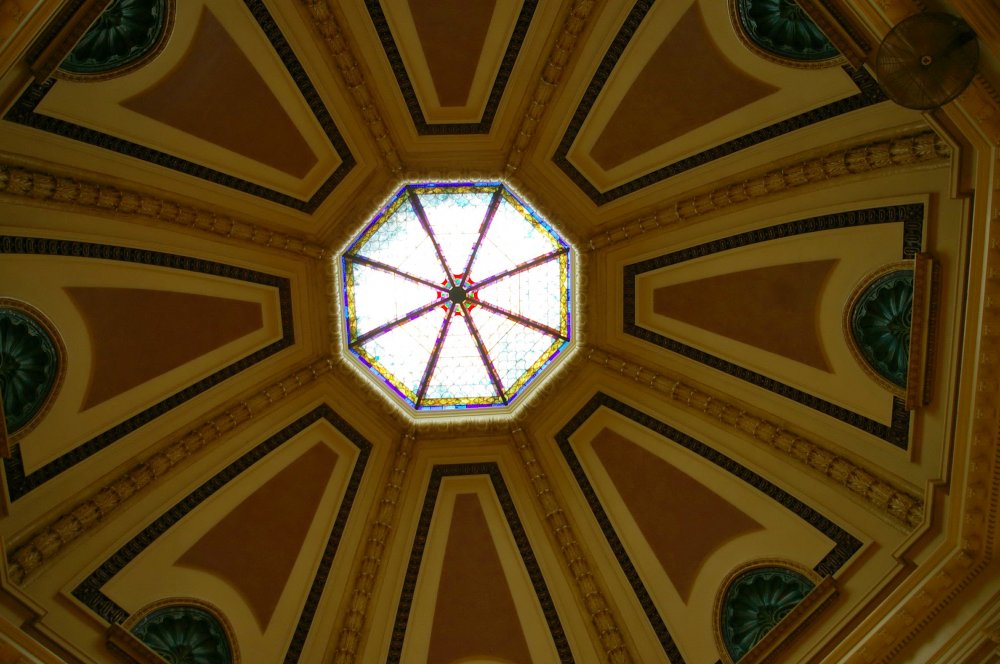