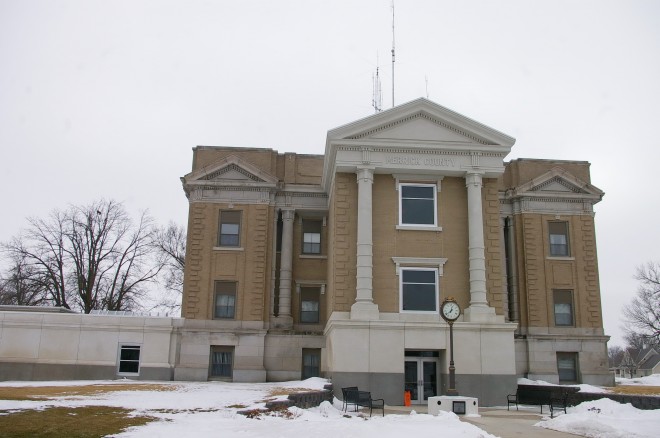 Merrick County is named for Elvira Merrick, who was the wife of Henry W DePuy, a territorial legislator.

Description:  The building faces west and is a two story brick, stone and concrete structure. The building is located on landscaped grounds in the center of Central City. The building has a raised limestone and granite basement. The west central section projects and has two limestone columns rising from the first to the second story with a pediment above. The east and wings have a columns and the corner sections rise to a small pediment. The base of the building is stone. The roof line of the main section is flat. In the interior, the central hallway on the first story is cross-shaped. East and west halls are short stubs. On the north is a large vestibule separated from the hall by double doors, and on the south are stairs to the upper stories and down to the south door. The original metal light fixture hangs from the center of the main hall and has eight globes. Grey mottled marble is used for wainscoting and stair treads, dark wood for counters, transoms, office doors with a single pane, large top and side lights for some doors, and beveled glass for the double entry doors. Other features include hexagonal floor tile with a regularly spaced pattern in b1ack, tan, rust, and ocher and a border pattern. The district courtroom is located on the second story, and has a small gallery located on the partial top floor and now used for storage. The building houses the District Court and County Court of the 5th Judicial District. On the east side is a one story addition of white colored stone constructed in 2007. The architect was Carlson West Provonda Architects of Omaha.

History:  The county was created in 1857 and Elvira was designated as the county seat in 1863 when the county was organized. The county seat was moved to Central City in 1869. The first courthouse, a two-story brick building on the courthouse square, was built by Charles Lightfoot in i87I. By 1909 all its walls were badly cracked. The second courthouse was constructed in 1912 to 1915 at a cost of $100,000. 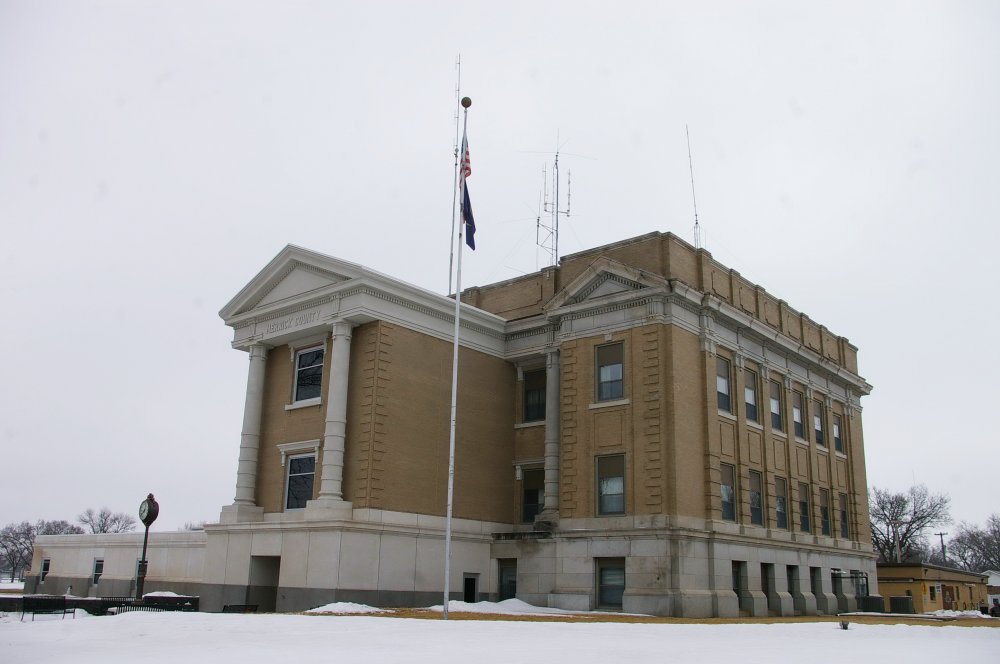 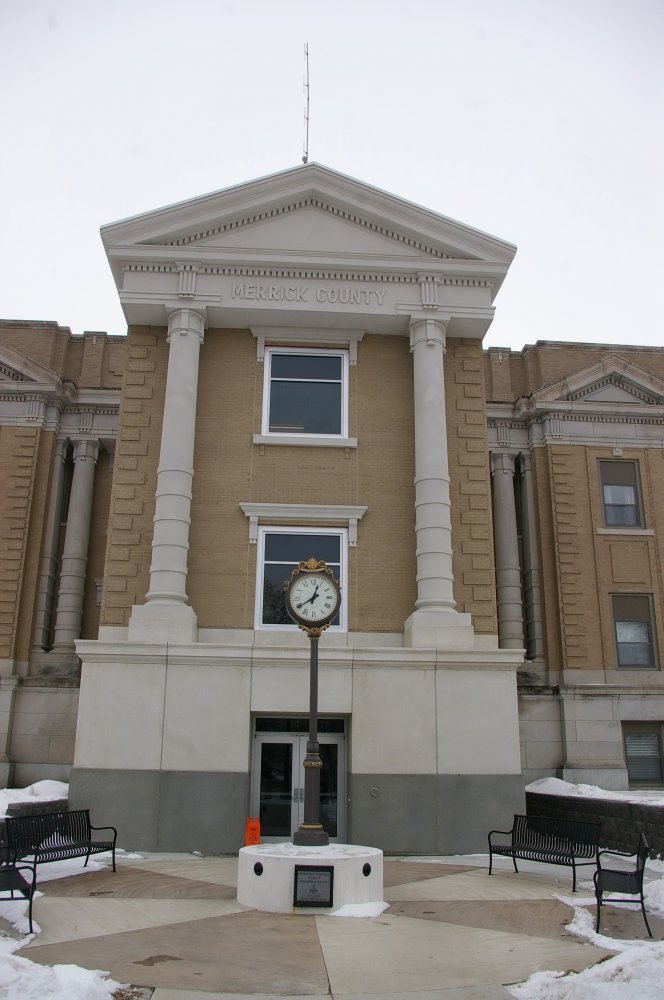 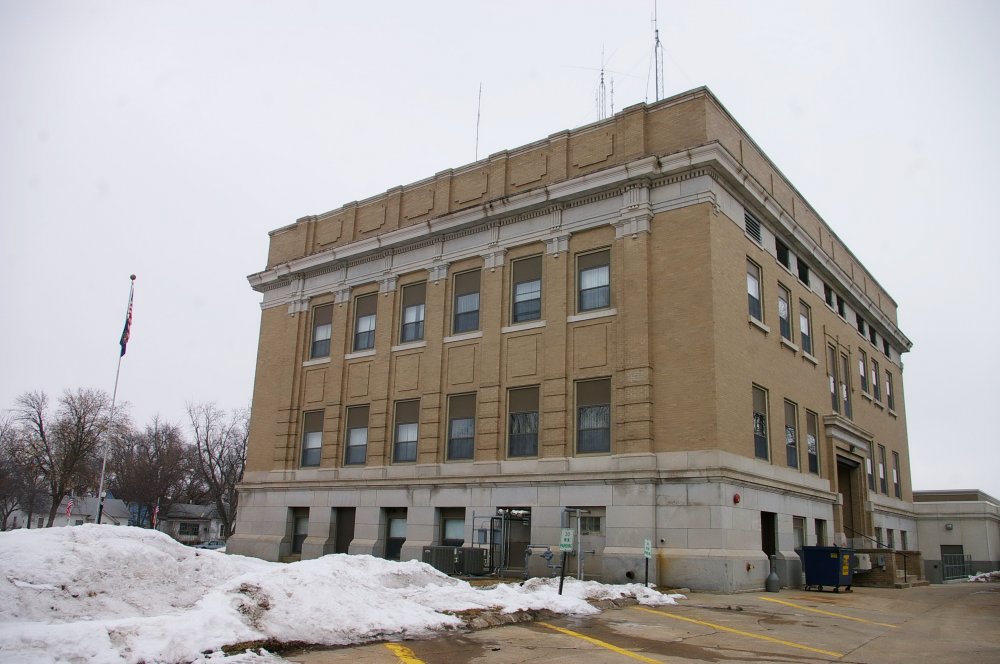 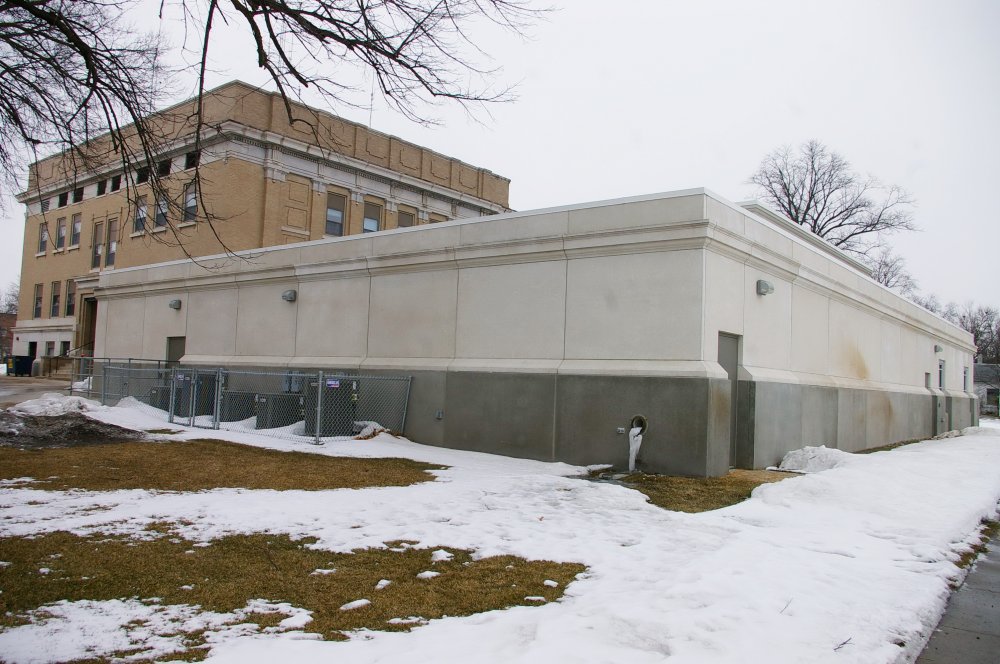 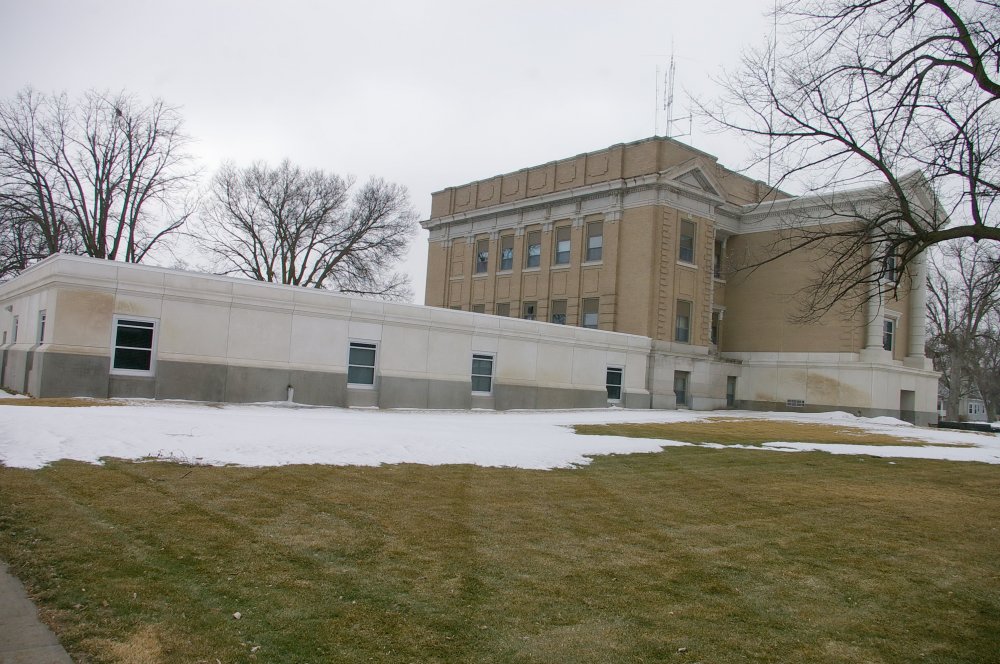 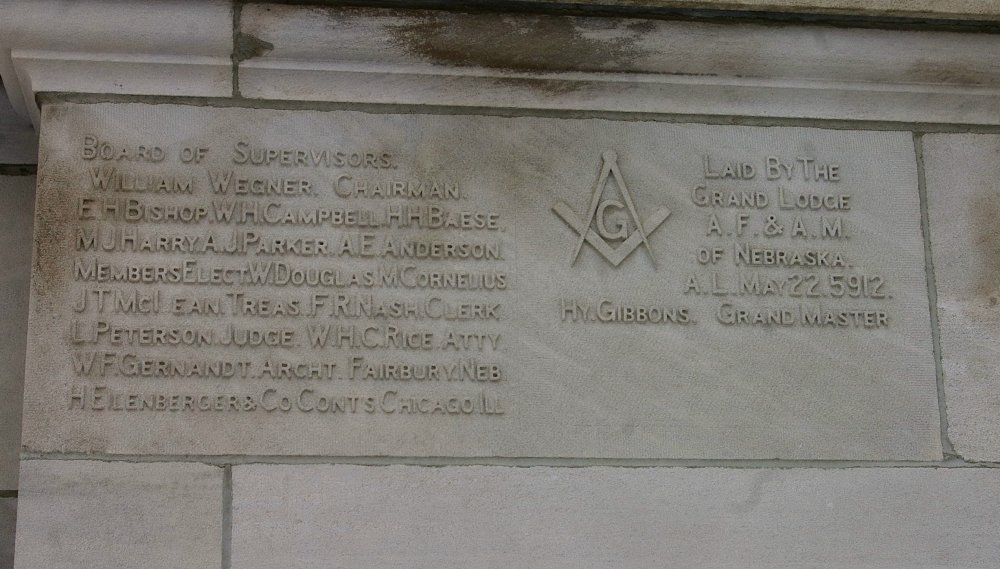