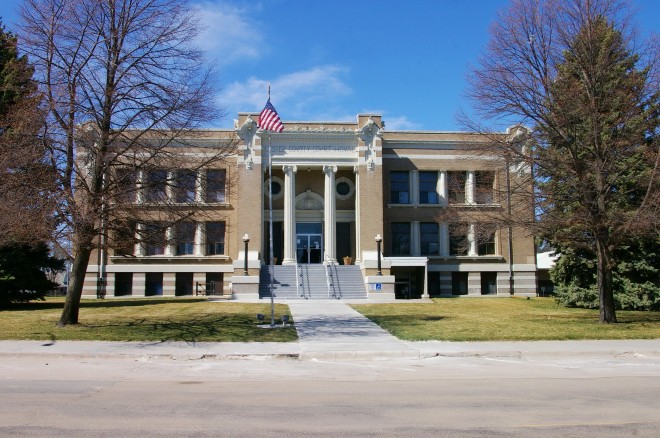 Description:  The building faces east and is a two story brown colored brick, stone and concrete structure. The building is located on landscaped grounds.in the center of Broken Bow. The east front of the rectangular shaped building has a large portico with two large white colored columns and a recessed entrance. The inside surfaces of the portico’s piers are treated with terra cotta pilasters that faithfully repeat the bases, fluting, and angular volutes of the two Roman Ionic columns. The entrance treatment is reminiscent of a Palladian motif and the second level of the wall behind the portico is surrounded by stone trim. The first and second stories have smaller white columns dividing the windows. Continuous around the courthouse’s apex is a stoned-coped parapet that is slightly pedimented on the sides. The roof line is flat. In the interior, the first story corridor is floored with ceramic tile and the staircase is of cast iron with marble treads. Located on the second story are the county courtroom and district courtroom. The building houses the District Court and County Court of the 8th Judicial District. On the west side is the old two story red colored brick jail built in 1914. 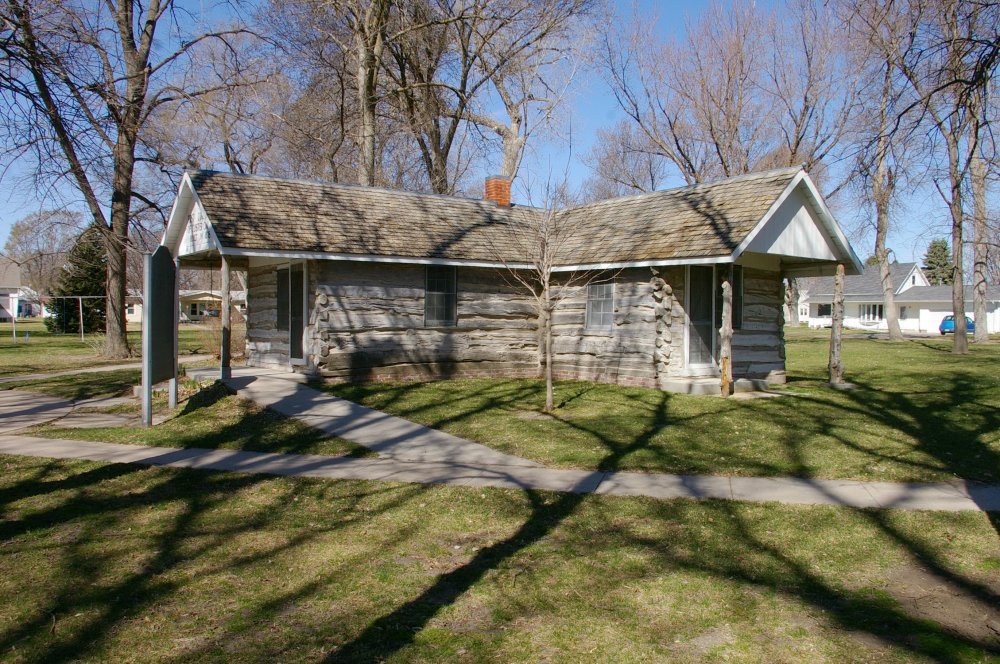 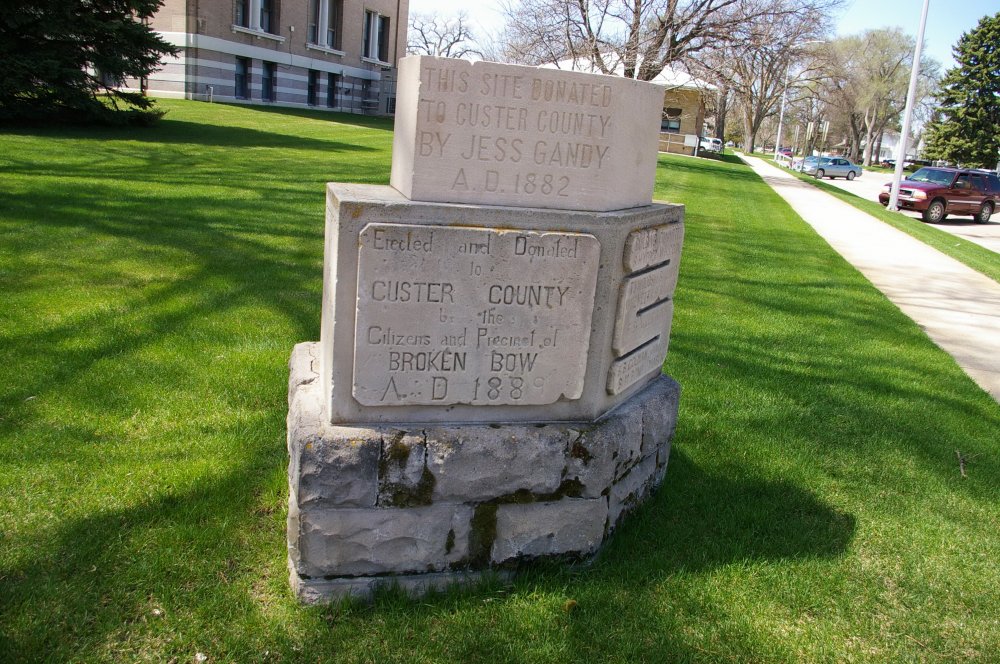 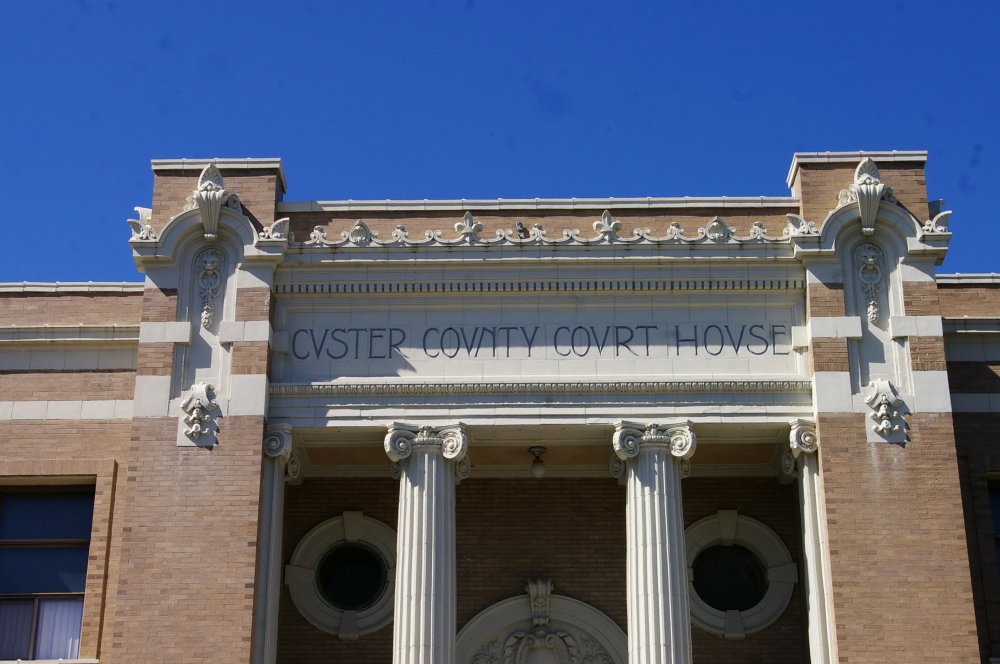 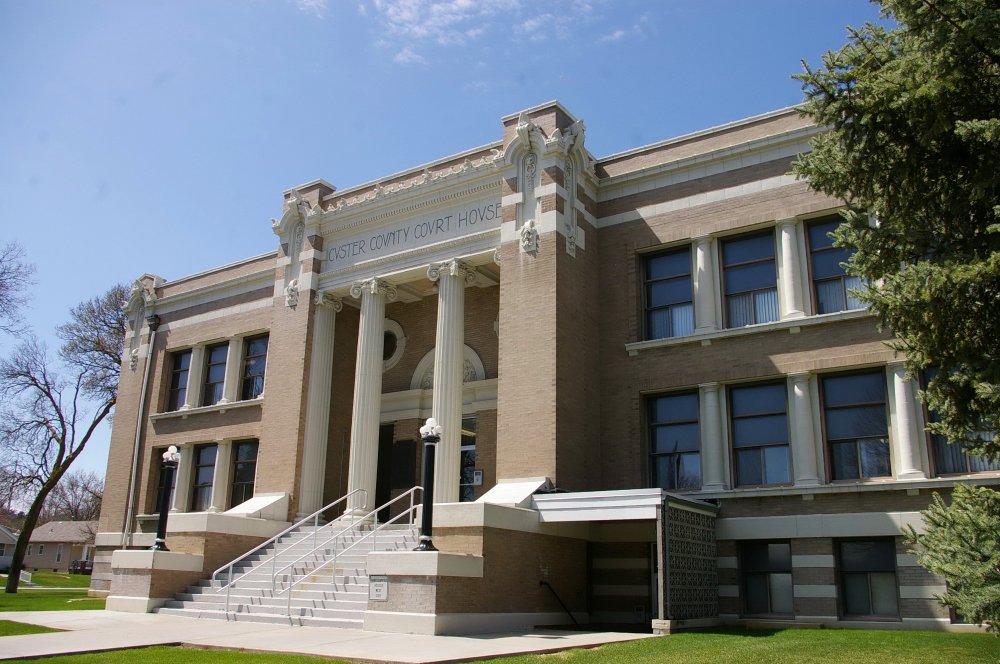 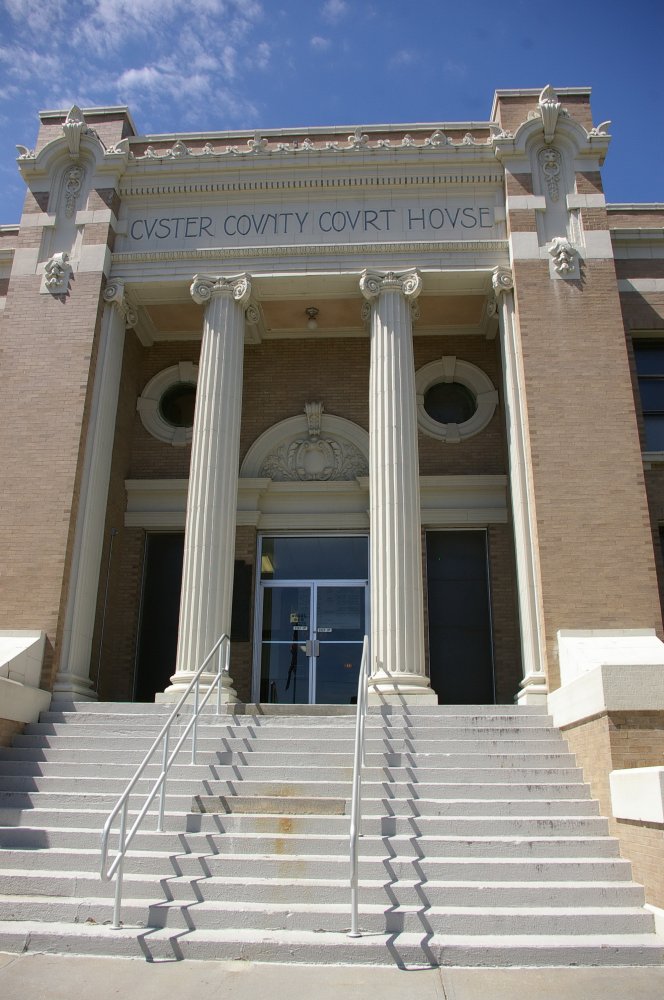 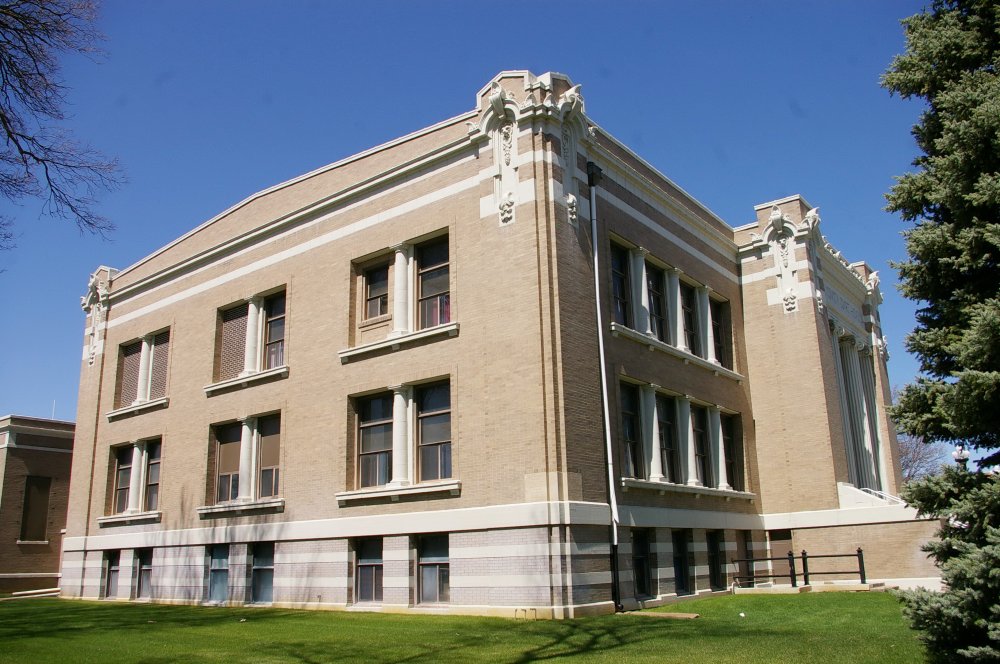 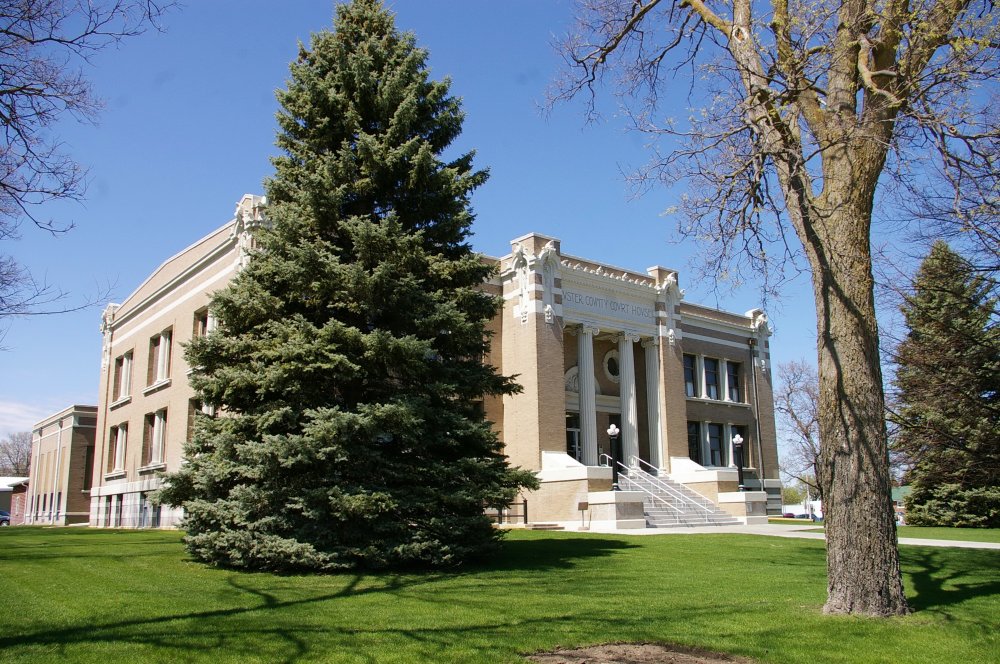 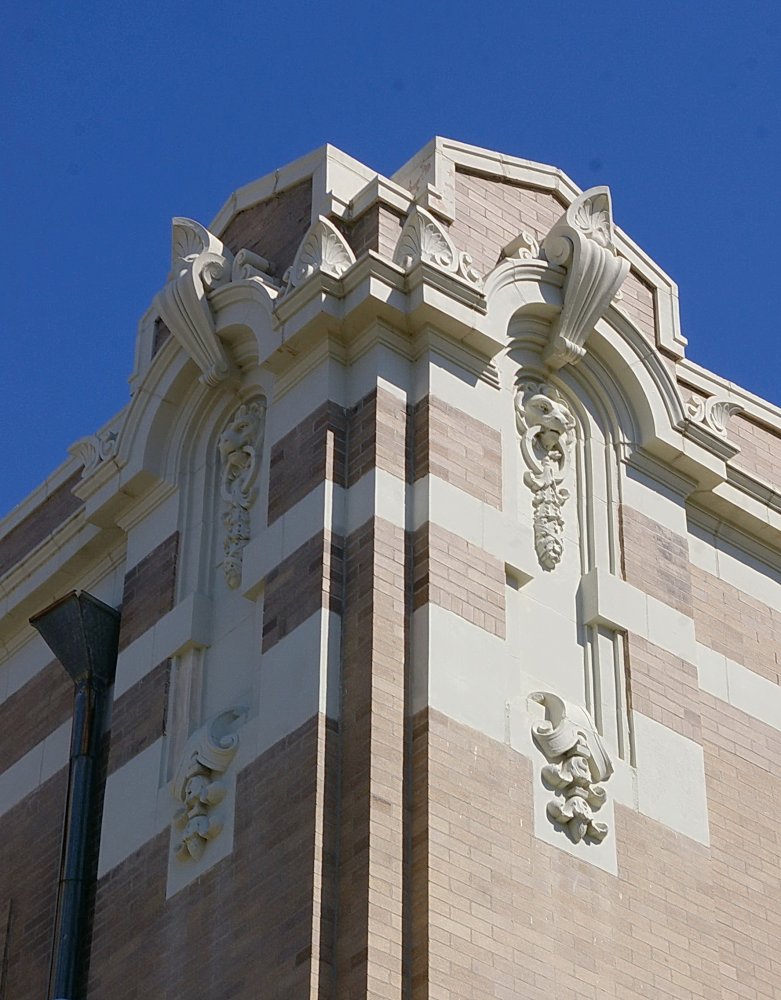 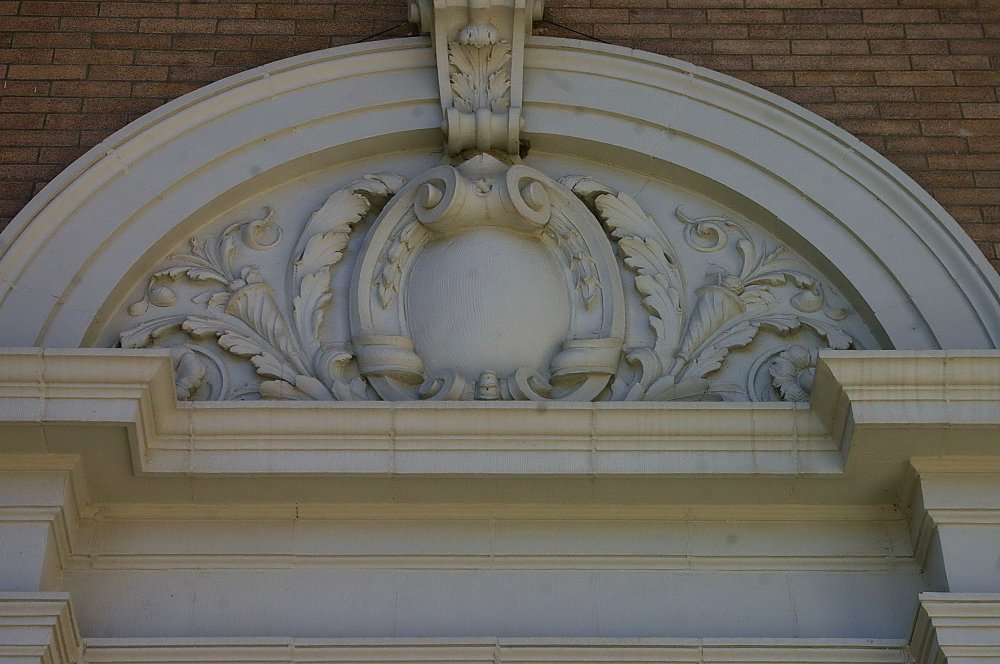 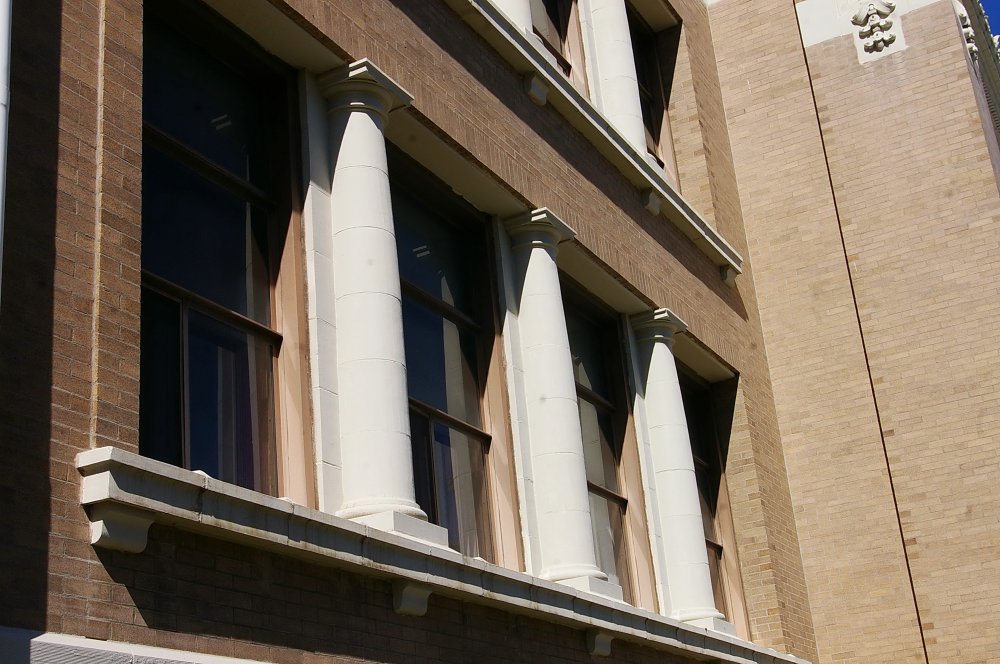 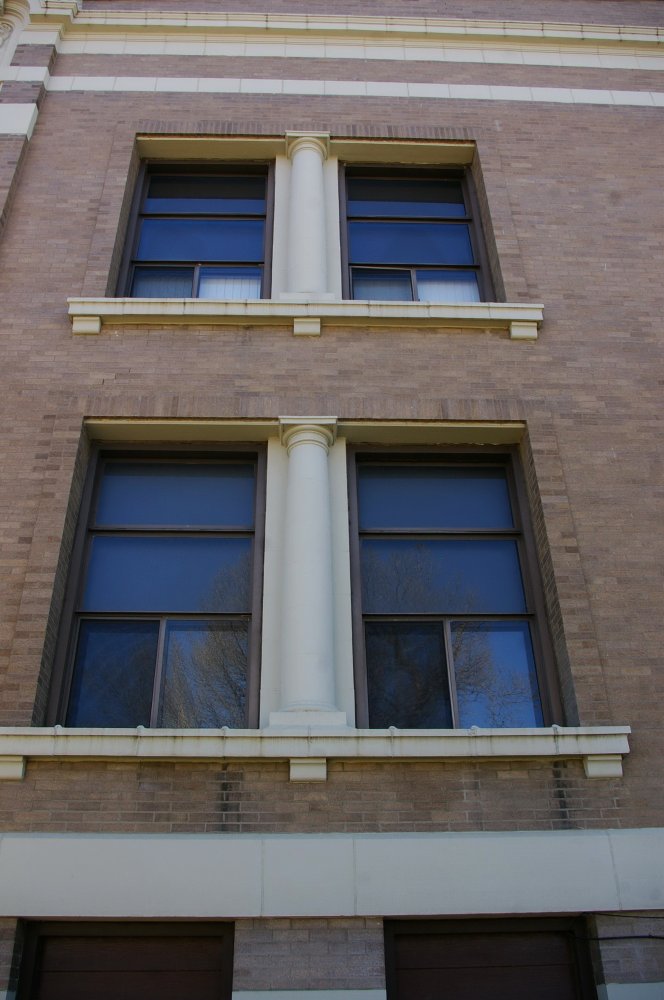 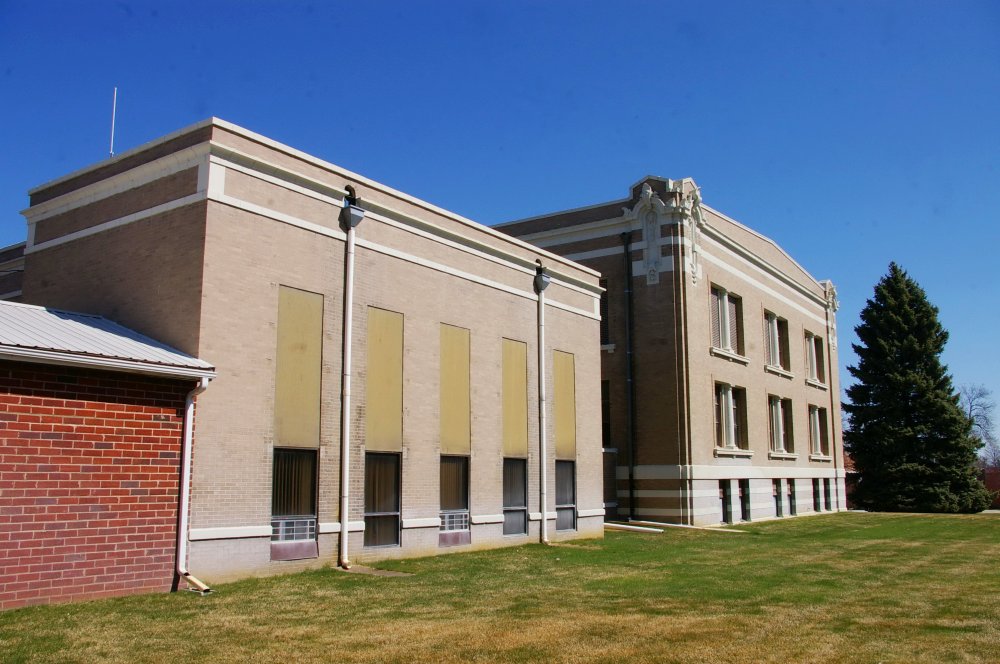 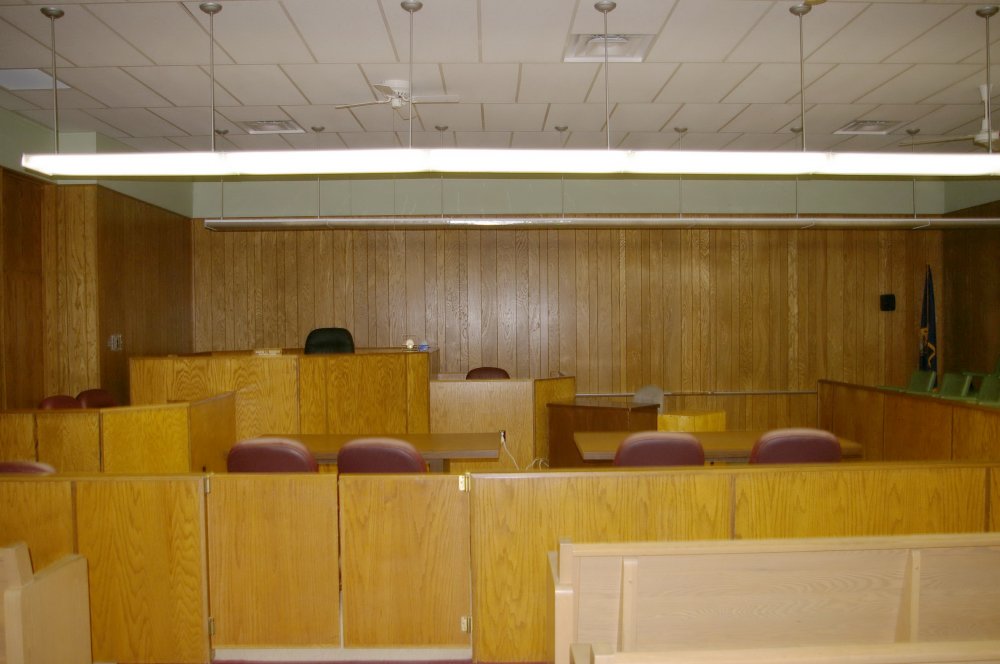 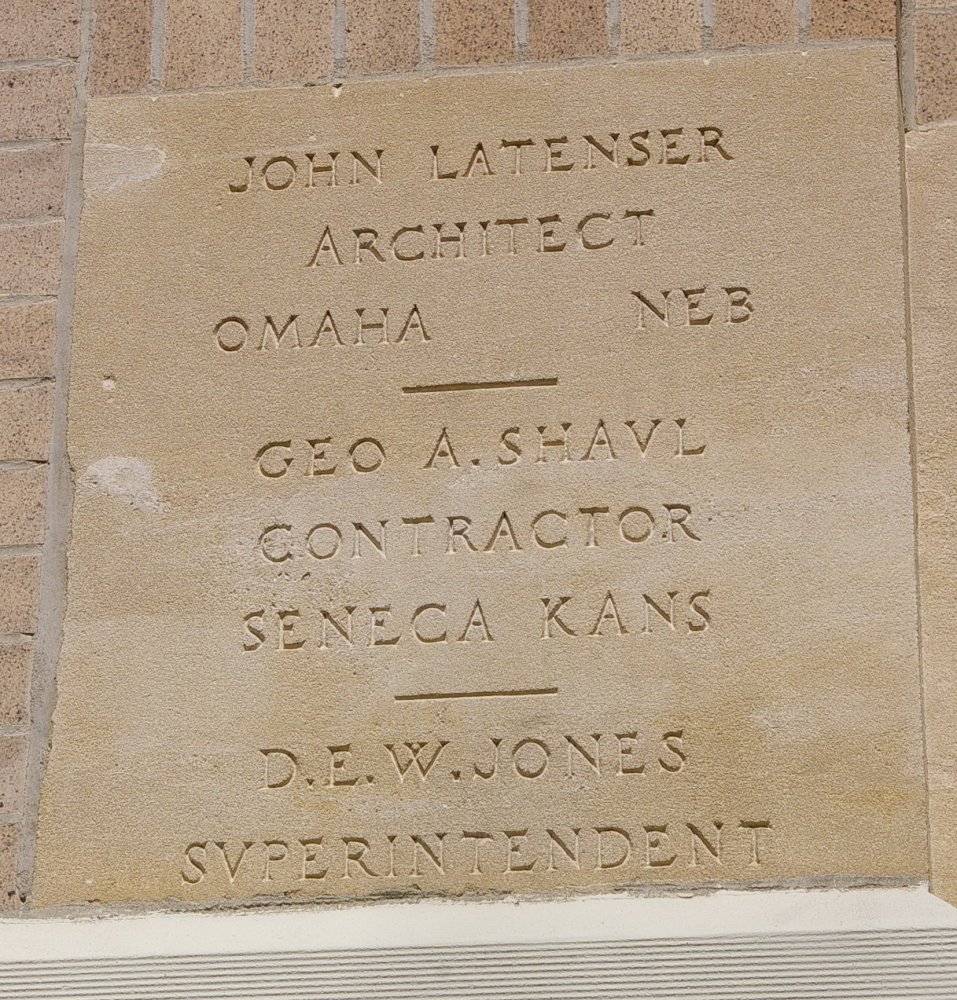 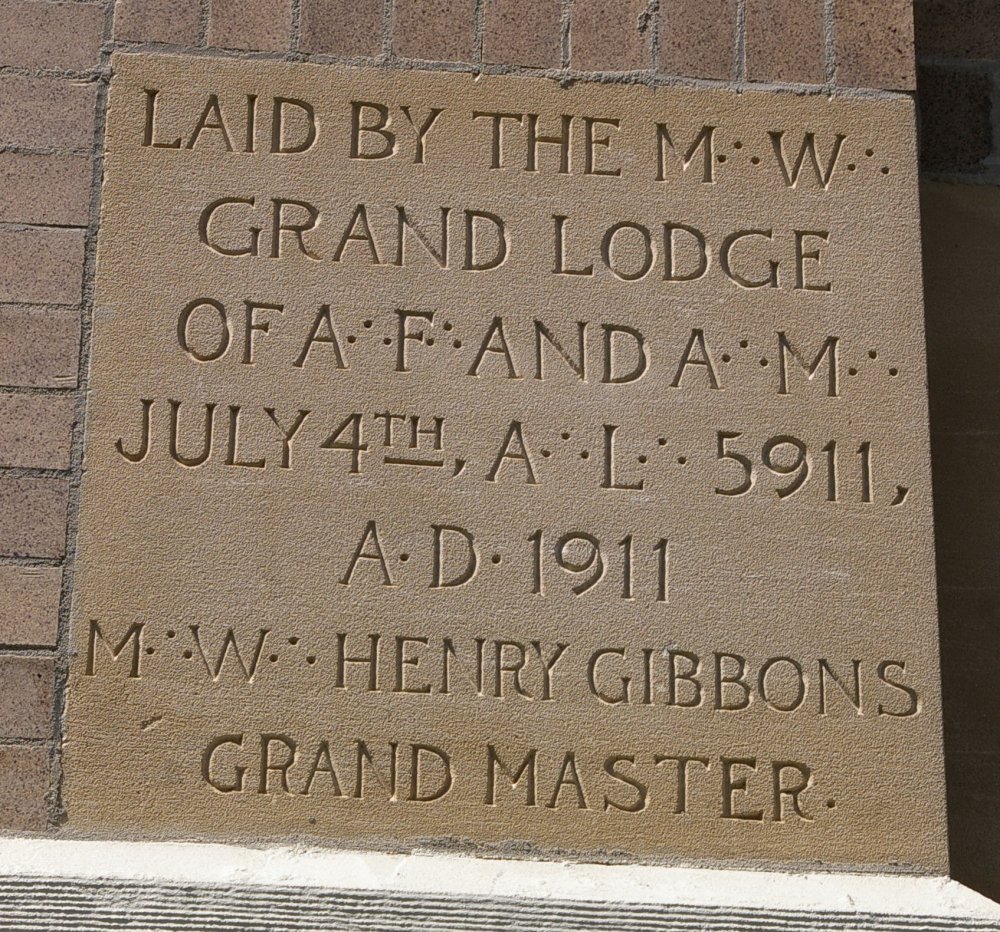 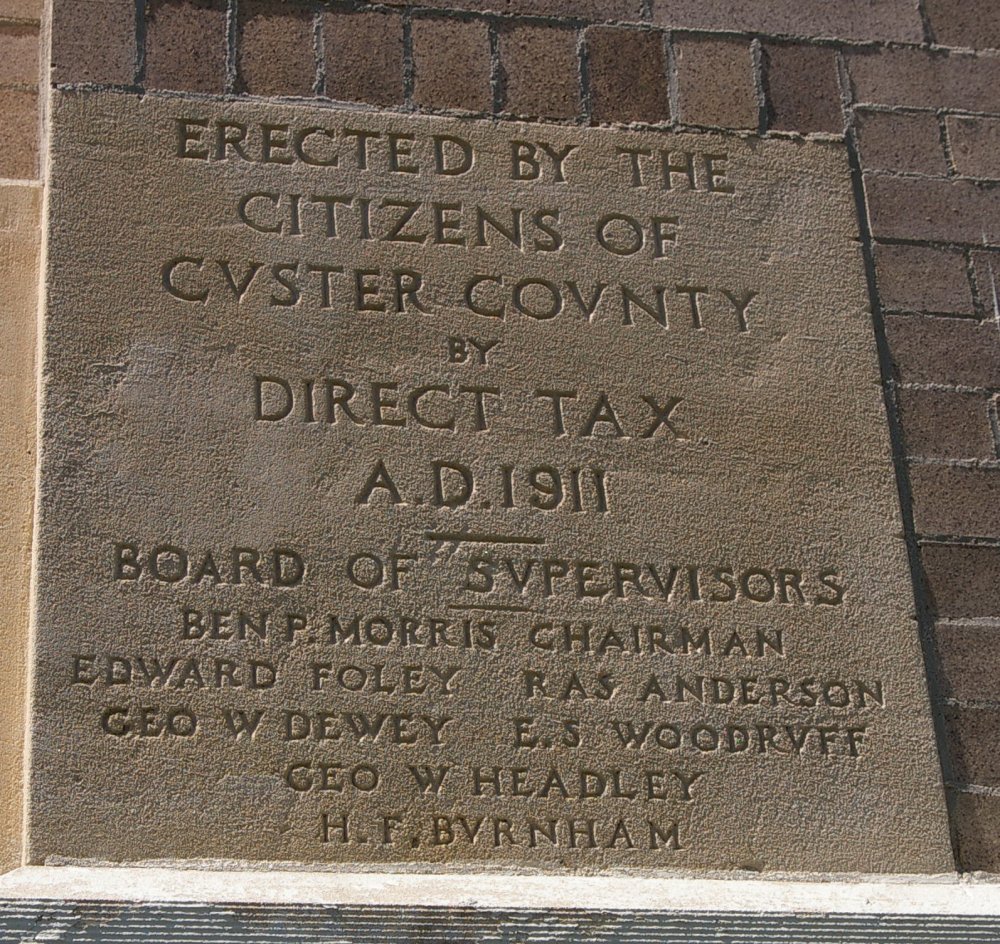 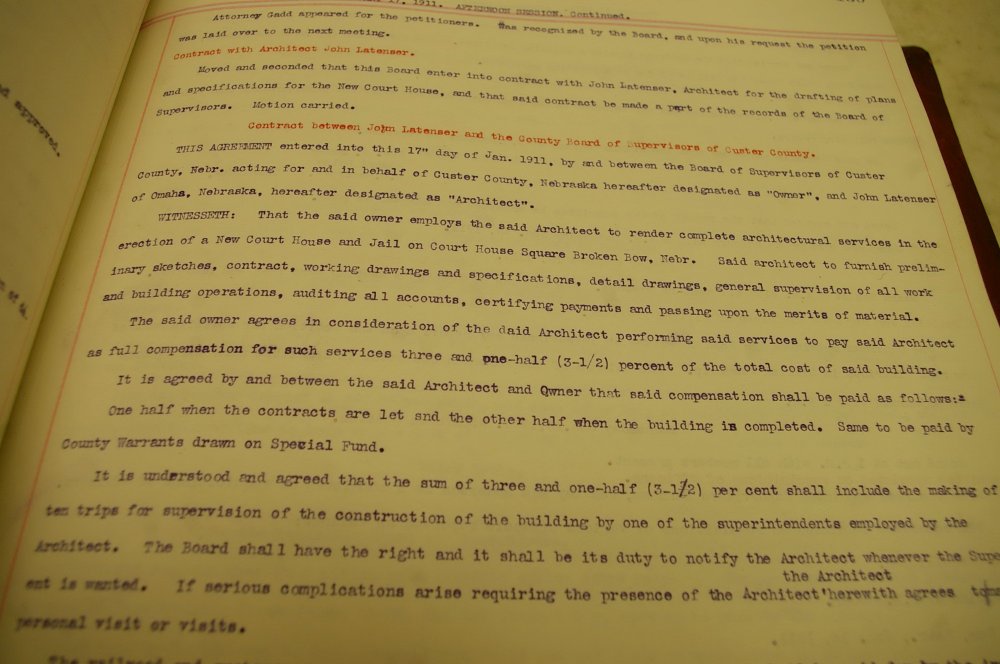