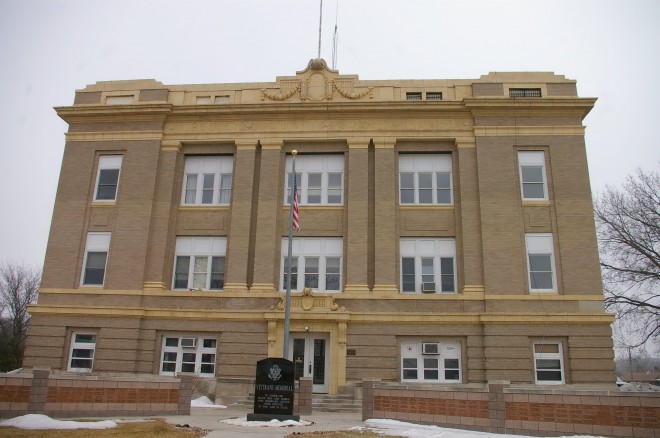 Greeley County is named for Horace Greeley ( 1811-1872 ), the famed founder and editor of the New York Tribune, who advocated support and land grants for farmers and a government financed railroad to the Pacific.

Architect:  Berlinghof and Davis of Lincoln   (  George A Berlinghof   )

Description:  The building faces west and is a two story buff-brown colored brick, stone and concrete structure. The rectangular shaped building is located on landscaped grounds in the center of Greeley. Limestone of a golden hue is used effectively for the foundation and also trim, especially at the west entrance and along the parapet. The stonework contrasts effectively with greyish tan face brick. The central entrance on the first story is recessed and framed with stone. Since the west facade is the primary entrance, it has somewhat more elaborate detail: an outsized stone shield with large swags, papyrus bundles, and scrolls centered on the stepped parapet. A horizontal band runs between the first and second stories. Vertical pillars divide the windows on the second and third stories. A wide cornice runs below the room line. On the west side there is a large crest at the roof line. Both the east and west facades have simple paired brick pilasters while four pilasters are arranged singly on the north and south. The roof line is flat. The interior, which is of rather simple but largely unaltered design, retains original features, such as terrazzo flooring in hallways and marble counters. Perhaps the most prominent feature is the white colored marble that is used for wainscoting, stairs, and finely curving banisters. The largely unaltered district courtroom on the second story extends into third floor space and is also simply decorated and features original high ceilings, broad plaster beams, pairs of unadorned pilasters between long narrow windows, white colored marble mopboard, grey painted concrete floor, and simple wood furnishings. The original light fixtures consist of three long globes with three shorter ones around them and all are suspended by a long metal chain. The building houses the District Court and County Court of the 8th Judicial District. 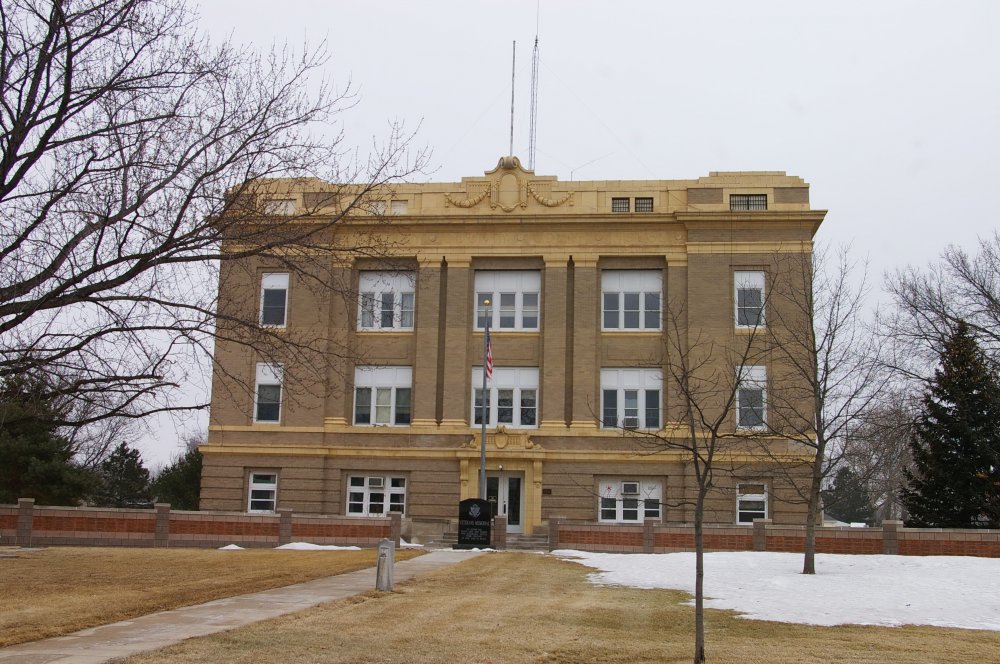 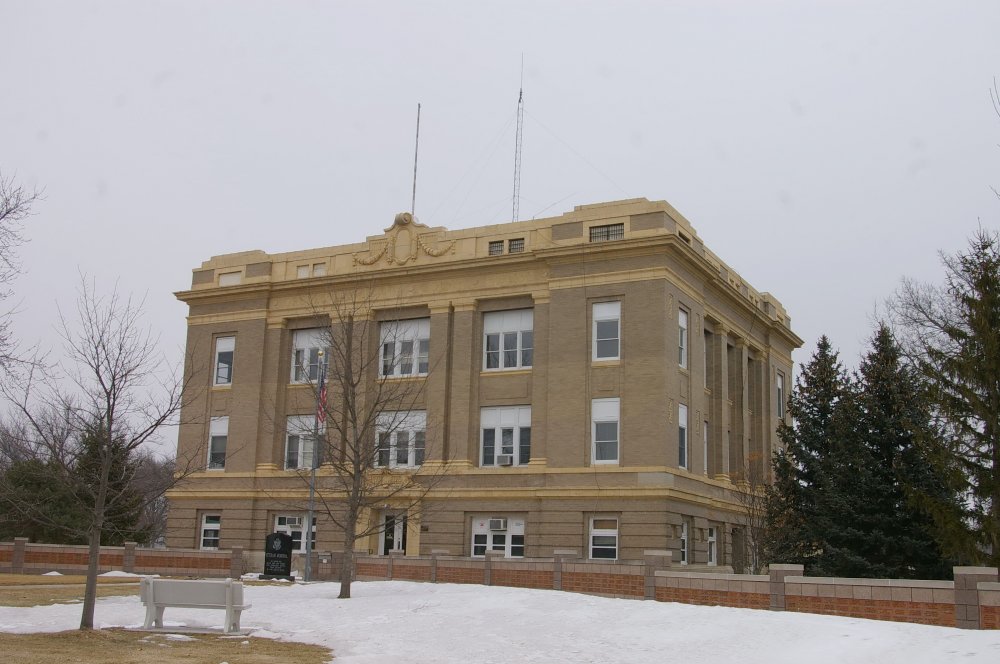 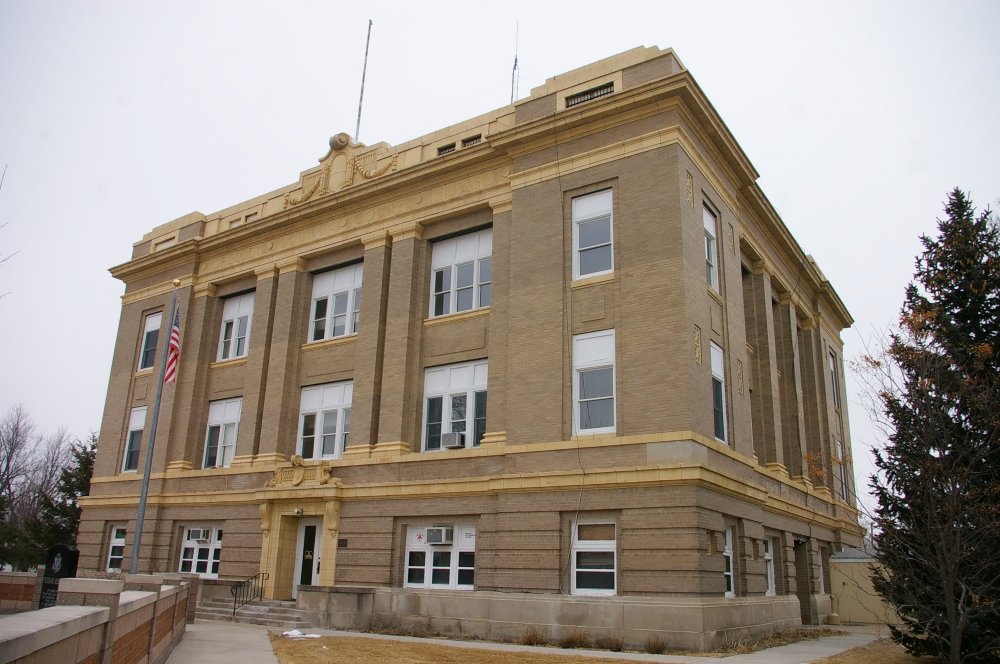 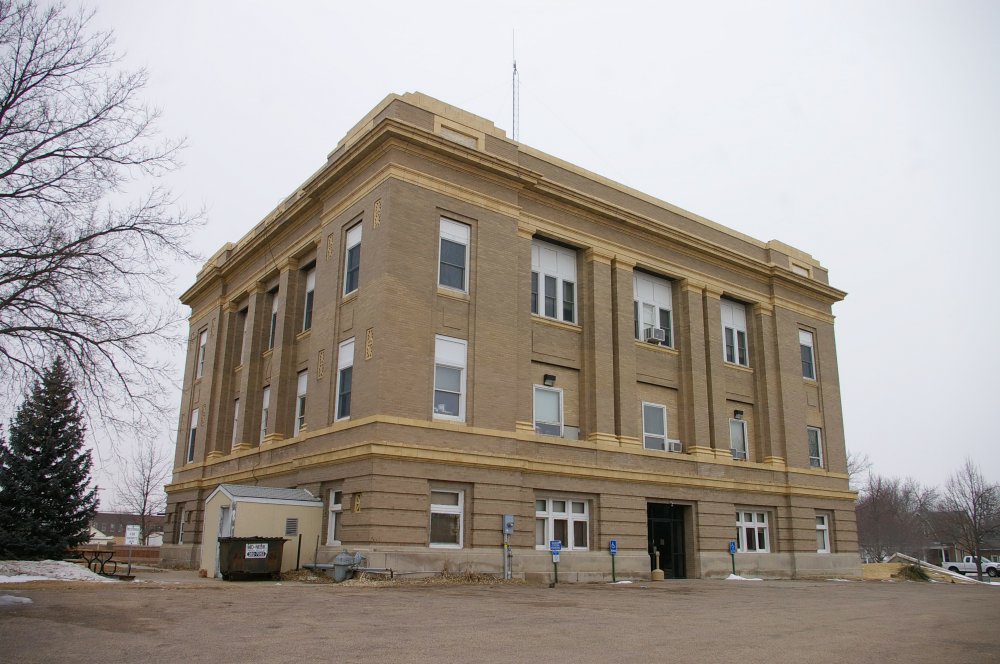 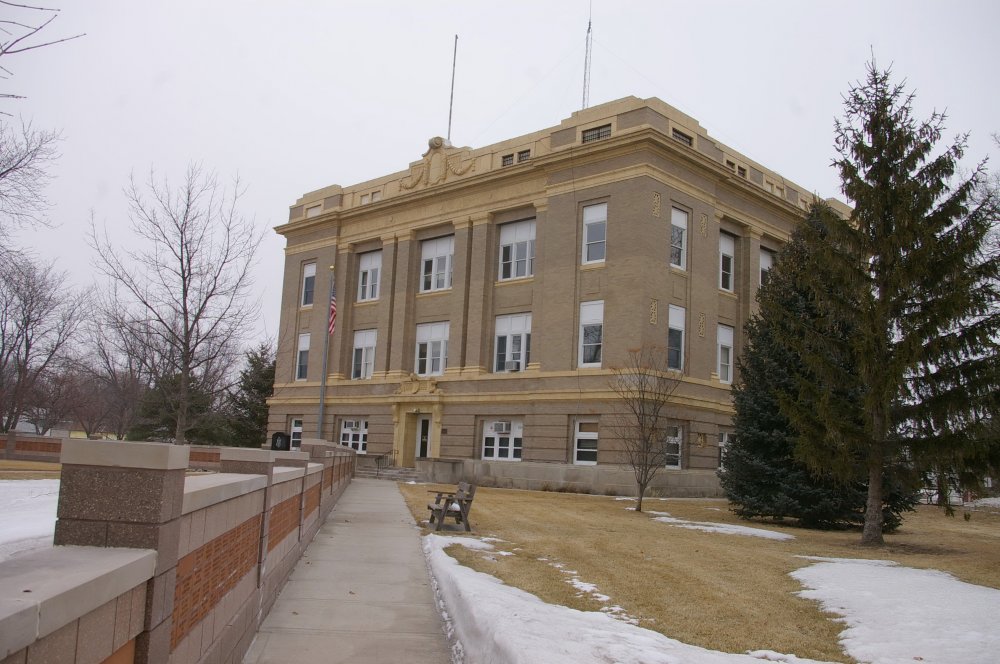 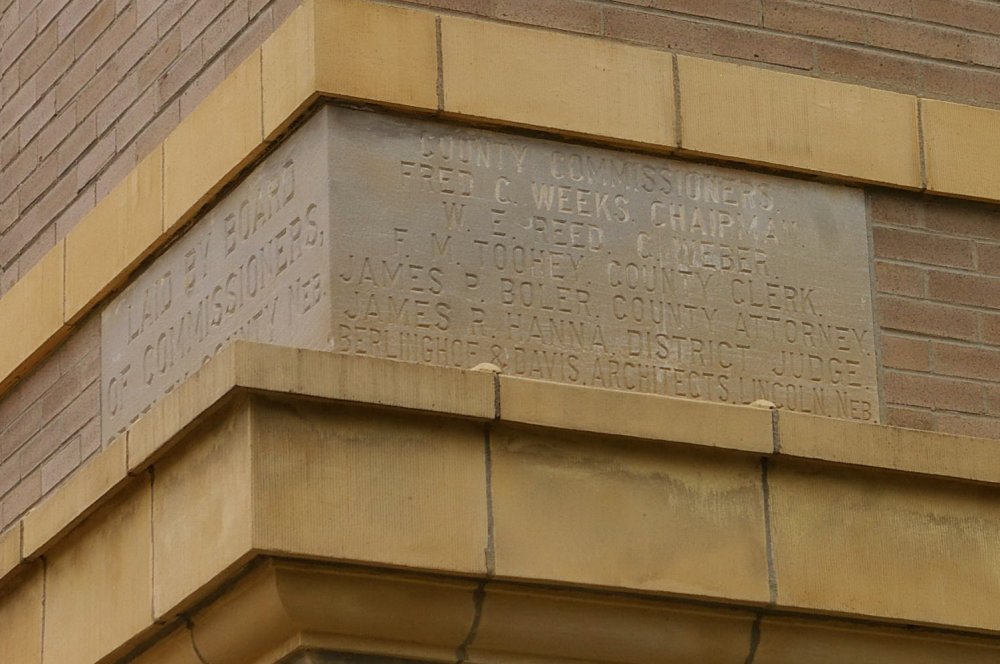 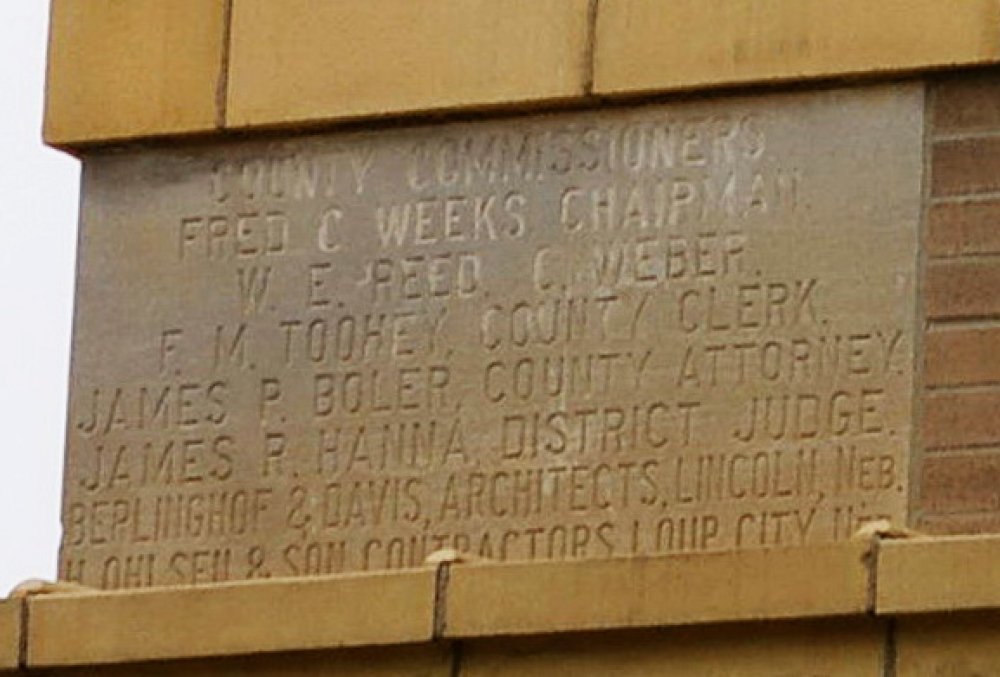