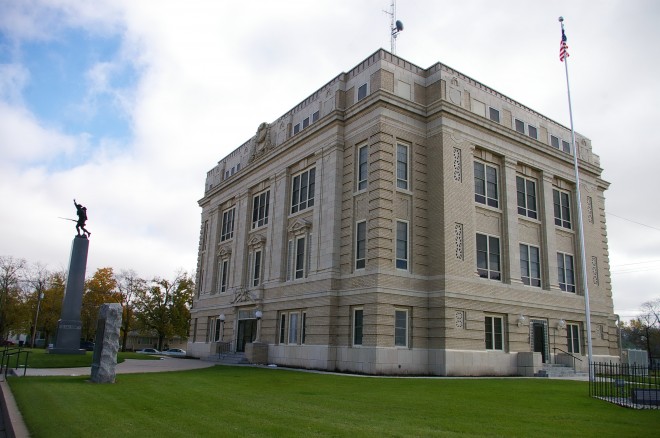 Colfax County is named for Schuyler Colfax, who was a former Vice President of the United States.

Description:  The building faces north and is a four story buff colored brick, concrete and stone structure. The building is located on landscaped grounds in the center of Schuyler. The rectangular building has a symmetrical, five-bay facade constructed of gray colored brick with terra-cotta and stone trim. The brick of the first story is laid in bands to resemble rustication. The central entrance is flanked by the original free-standing lamps and surmounted by a curved pediment. The north front has stone trim around the first story entrance. There are three recessed panels of windows with a wide header and crest at the top. The fourth story is recessed. The base of the building is concrete. The District Court courtroom is located on the third story. The ceiling is the most striking feature with recessed panels and elaborate plaster moldings and cornices. The original oak furniture, ceiling fixtures, and wall sconces remain intact. Acoustical tiles have been placed in some ceiling, wall, and window panels. The building houses the County District Court and County Court of the 5th Judicial District.

History:  The county was created in 1869 and Schuyler was selected as the county seat. The first courthouse was a two story structure built by Charles Lightfoot in 1871 to 1872. The second and present courthouse was constructed in 1921 to 1922. 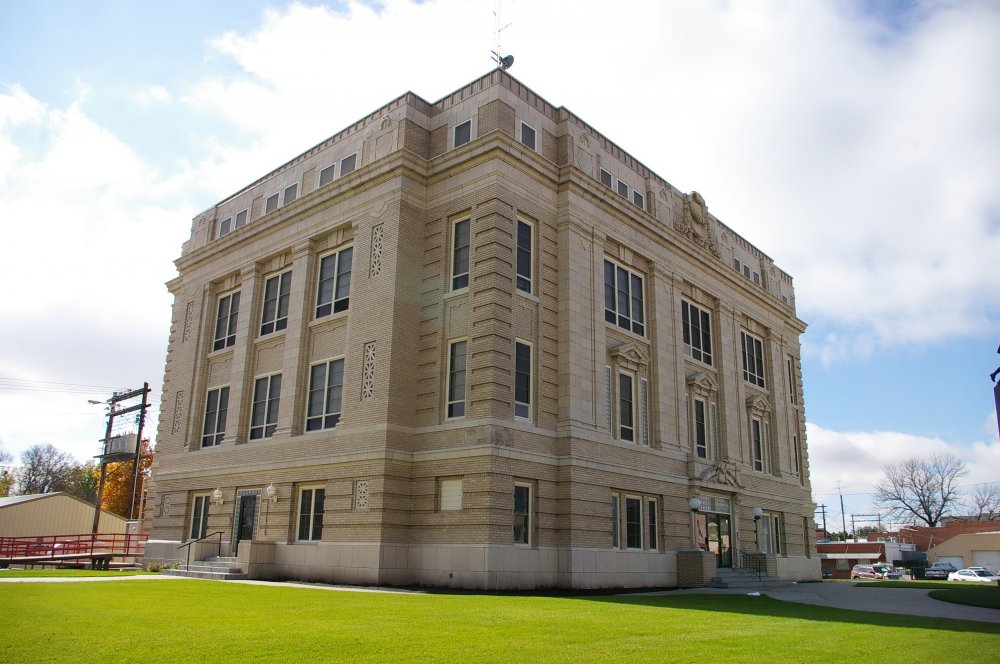 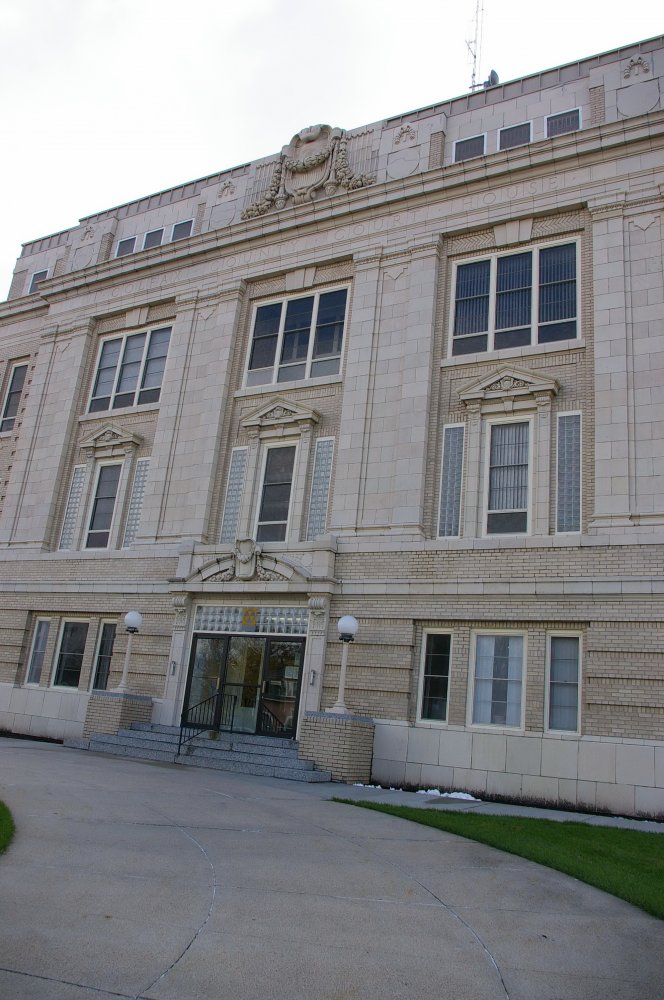 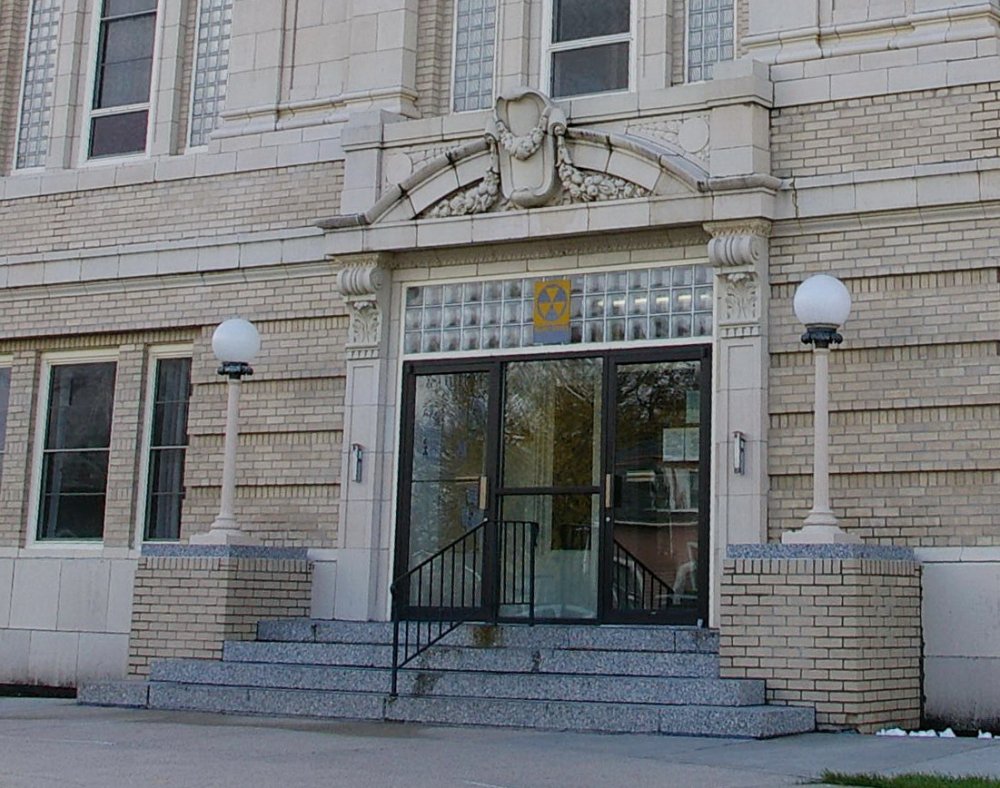 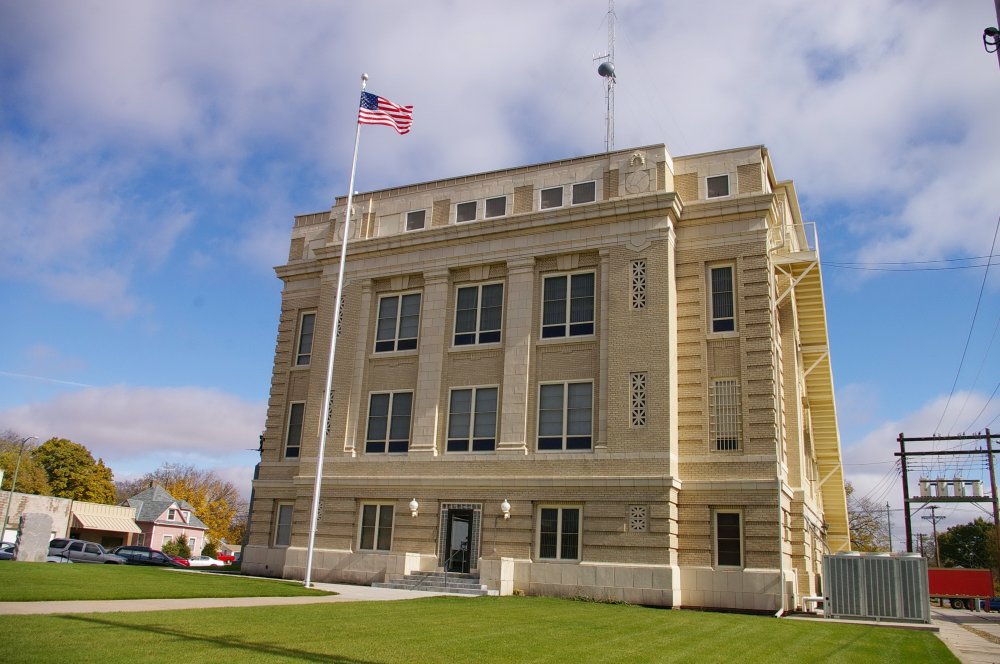 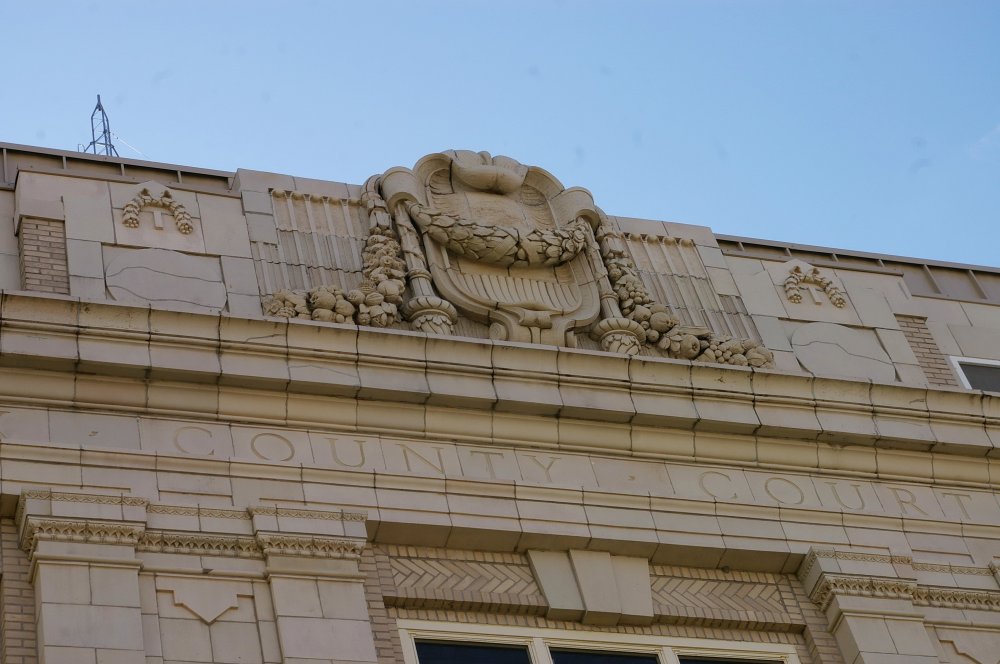 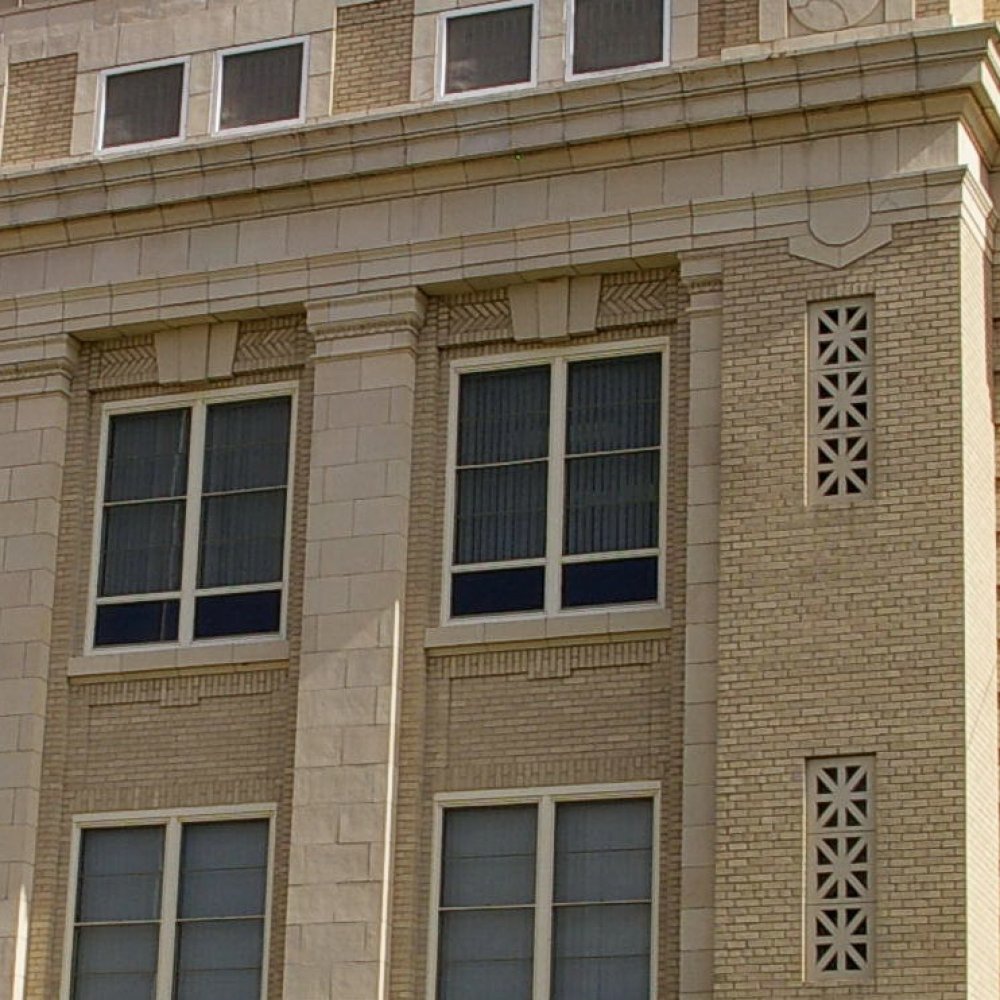 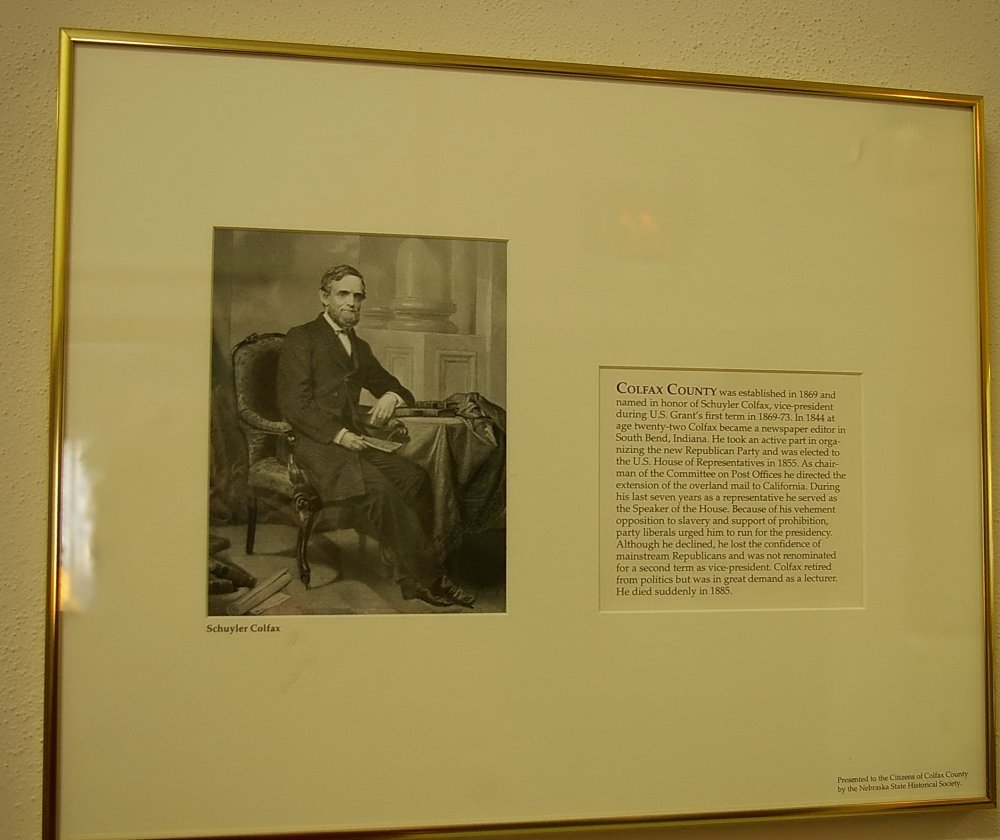