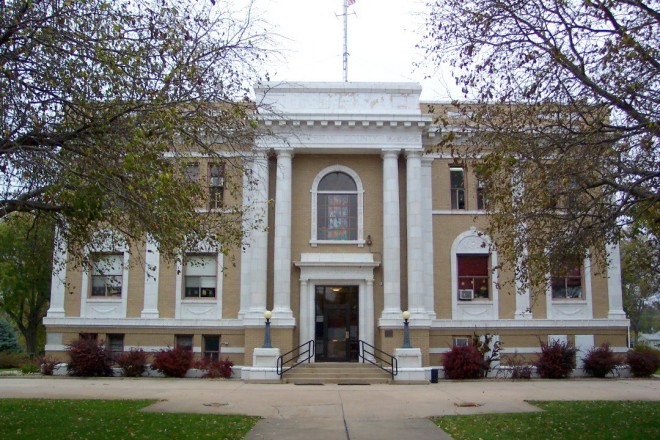 Sherman County is named for William Tecumseh Sherman, who was a general in the American Civil War and who lived from 1820 to 1891.

Description:  The building faces south and is a two story buff colored brick and concrete structure. The rectangular shaped building is located on landscaped grounds in the center of Loup City. The south front has four large white colored columns rising to a wide decorated frieze at the roof line. The entrance is framed with white colored stone and above is a large arched window on the second story. White terra cotta trim contrasts well with red and tan brick of the wall surface. Terra cotta is used for simple decorative courses and at the corners, second story continuous sills, and the prominent centered entry pavilion. The material is also used for coping and for panels spaced regularly along the parapet. And finely decorated round-arched window surrounds on all sides of the first story are decorated with foliated designs, urns, and delicate Adamesque swags, all also in terra cotta. Narrow rectangular windows are recessed and paired above these round-arched windows. Fluted paired columns and a cornice having mutules and parapet above further call attention to the pavilion on the principal or south facade. The windows on the first story are trimmed with white colored stone. Horizontal bands of white colored stone run below the first story windows and below and above the second story windows. The roof line is flat. A variety of materials adorn the interior: white veined marble for wainscoting and banisters, light grey marble steps, hexagonal floor tile in black and white, and simple moulded plaster pilasters in the halls. The district courtroom runs along the north facade on the second story. The courtroom has attractive dark woodwork, fluted pilasters, wainscoting, heavy beams, a cornice, windows with amber-colored glass squares, and bell-shaped wall lights at the judge’s bench. The building houses the District Court and County Court of the 8th Judicial District. 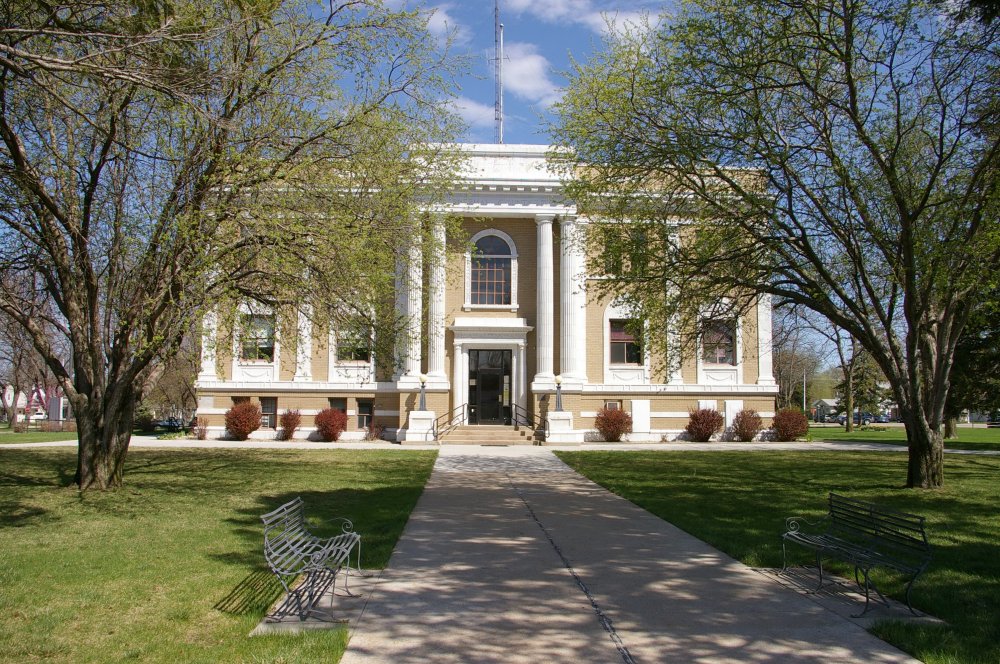 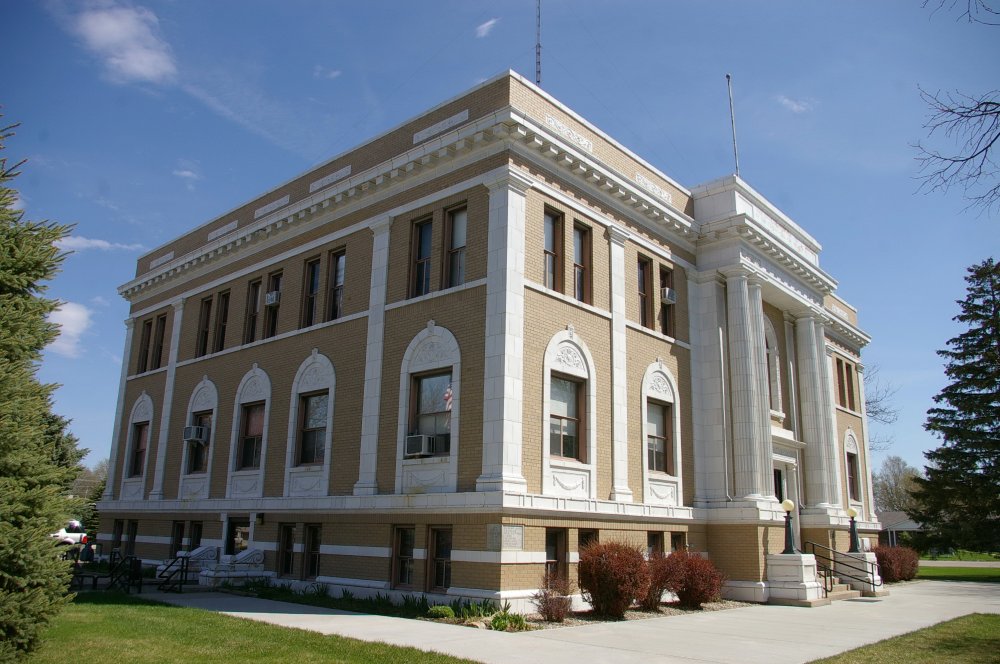 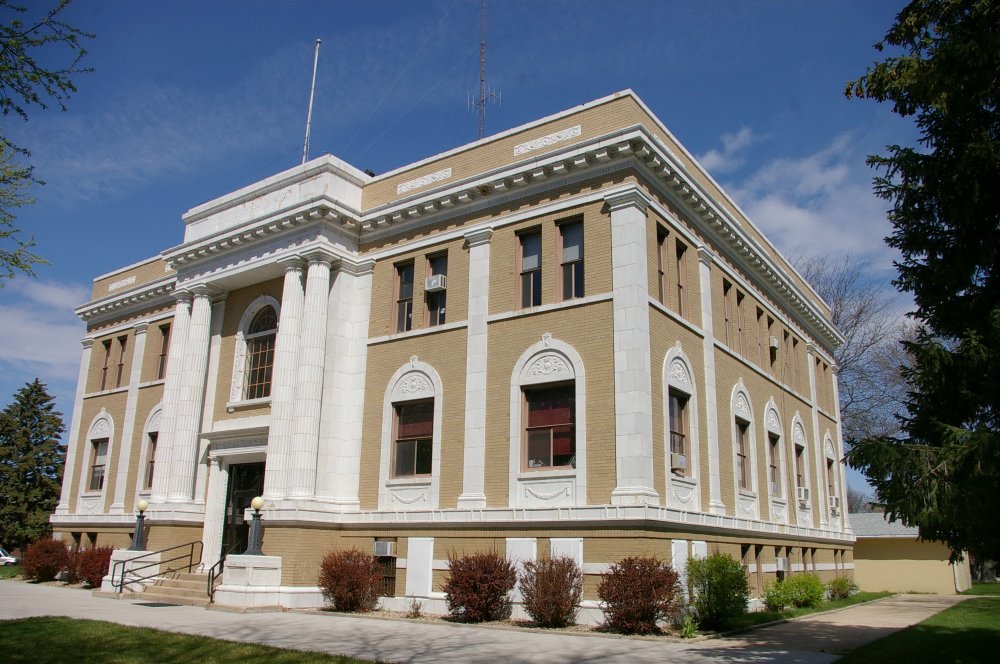 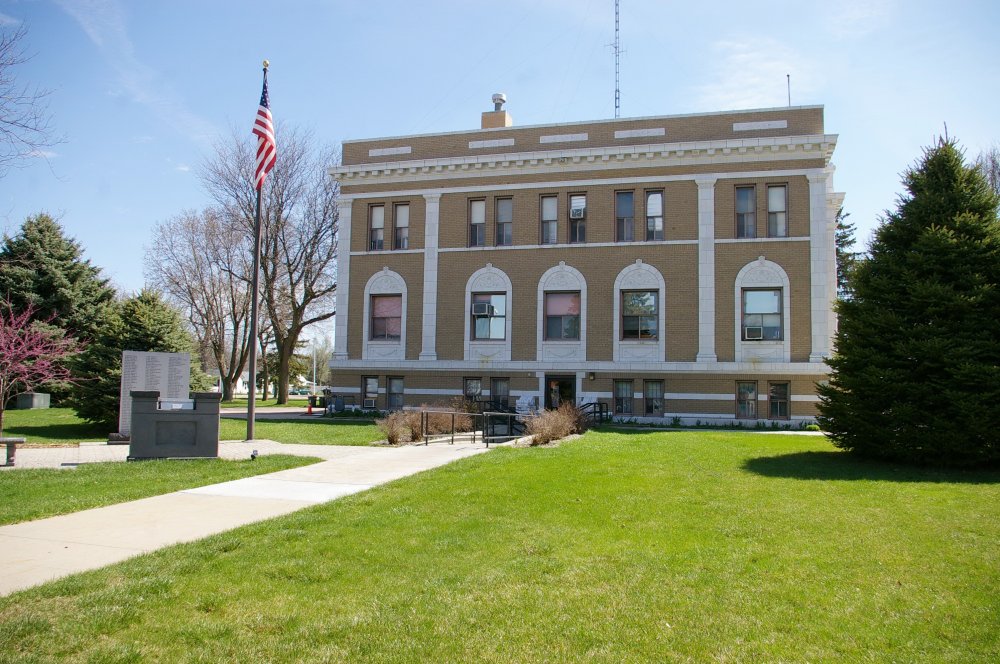 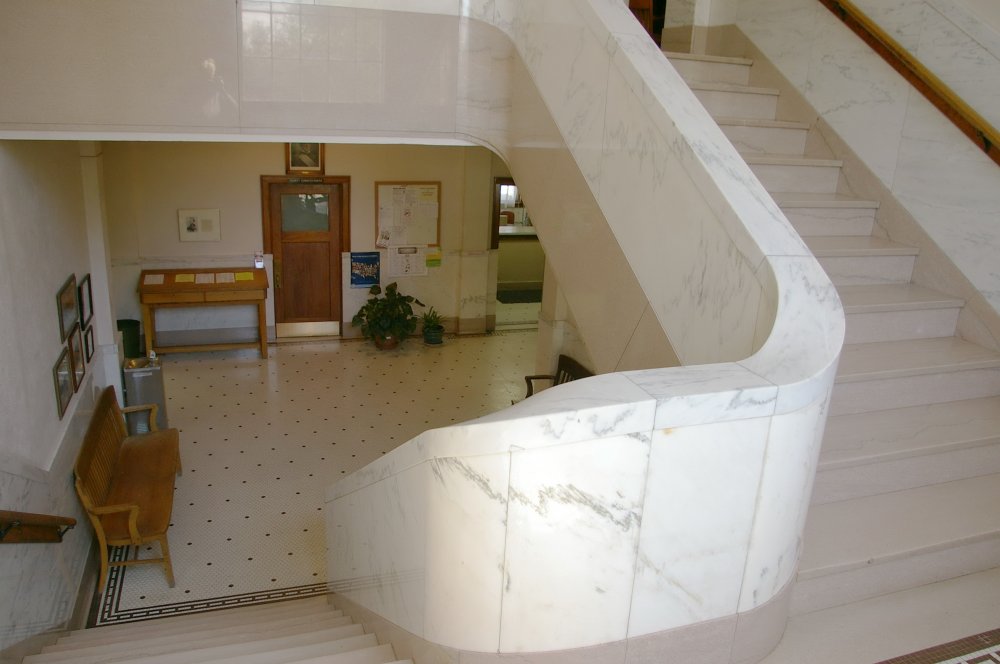 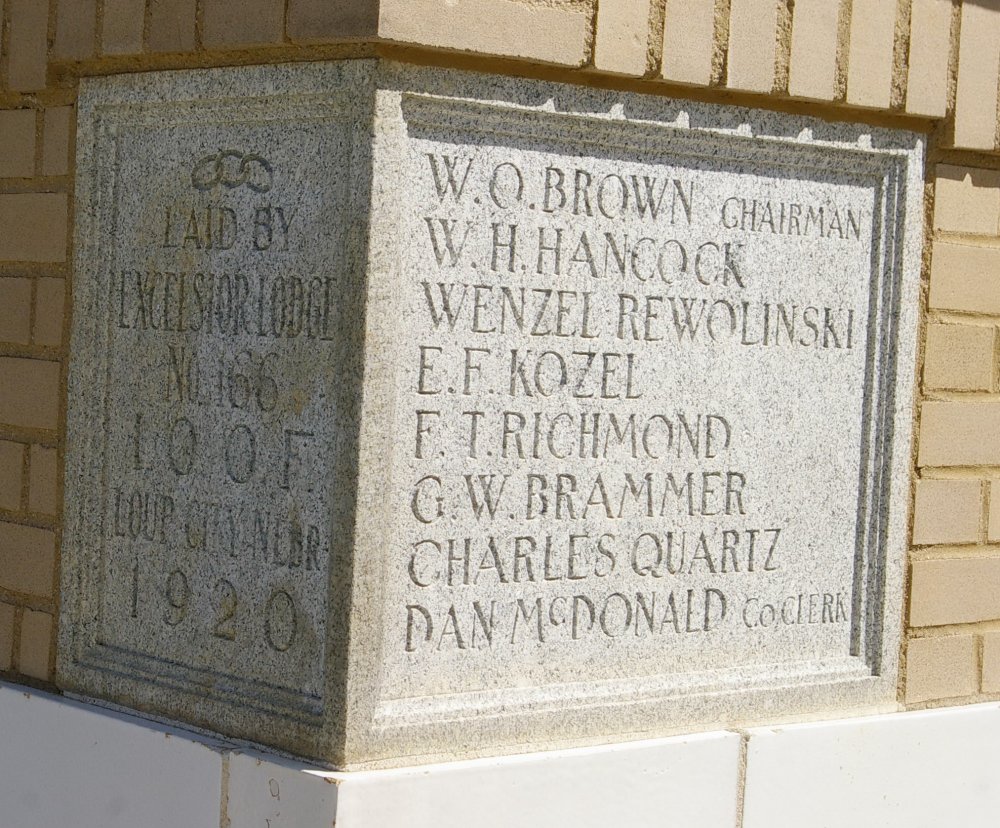 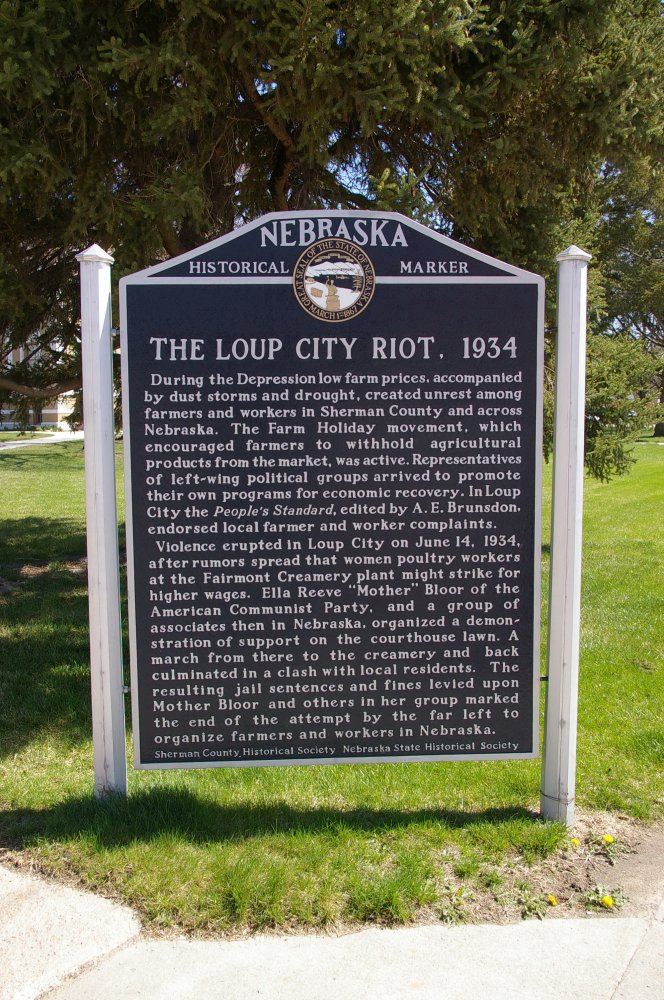