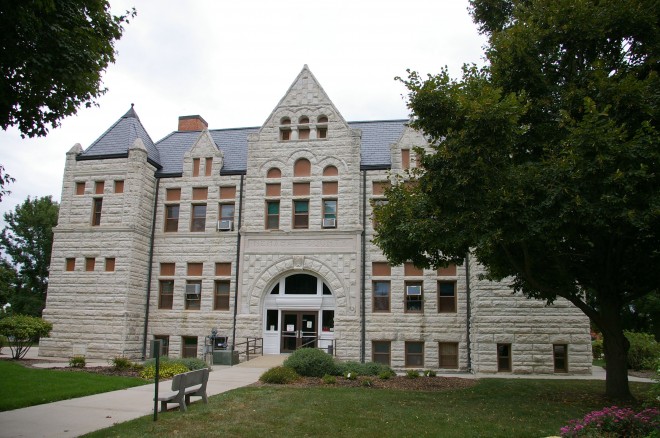 Nemaha County is named for the Nemaha River which name was derived from Otoe Native American “ni” meaning “water” and “maha” meaning “miry” and as such means “miry water river”.

Description:  The building faces west and is a two story gray-white colored stone structure. The building is located on landscaped grounds of the courthouse square in the center of Auburn. Noteworthy is the use of Nemaha County stone, rock-faced cut to create a monumental mass wedded to the courthouse square. Carved round arches, rough and smooth stone squares in a checkerboard pattern, and limited organic carving contrast with the bulk of the essentially rectangular shape of the building. Small corner turrets rest upon a smooth stone course and seem to hold these hipped pavilion roofs in place. There is a raised basement. The building has a projecting arched entrance. Above the entrance are three arched windows. In the interior, on the first story, there is a central hallway. Small foyers having five steps up to the main hall or down to the raised basement are located at the entry doors. Narrower halls lead off the main hall. Original features include simple unpainted oak woodwork throughout, clear glass transoms over doors, rust and tan floor tile in an attractive geometric pattern and pressed metal ceilings. The district courtroom has plaster capitals on the pilasters. The building houses the District Court and County Court of the 1st Judicial District.

Note: The stone was quarried near Rohs, west of Auburn. There used to be lion’s heads on both sides of the entry arches but there is only one lion on each archway now.

See:  The contractor, Rowles & Bailey of Oklahoma City, Oklahoma, constructed courthouses in Nebraska in Phelps County; in North Dakota in Pembina County; and in Oklahoma in Grant County and Jackson County. The contract was awarded to W M Rowles & Company and the cornerstone shows Rowles & Bailey. 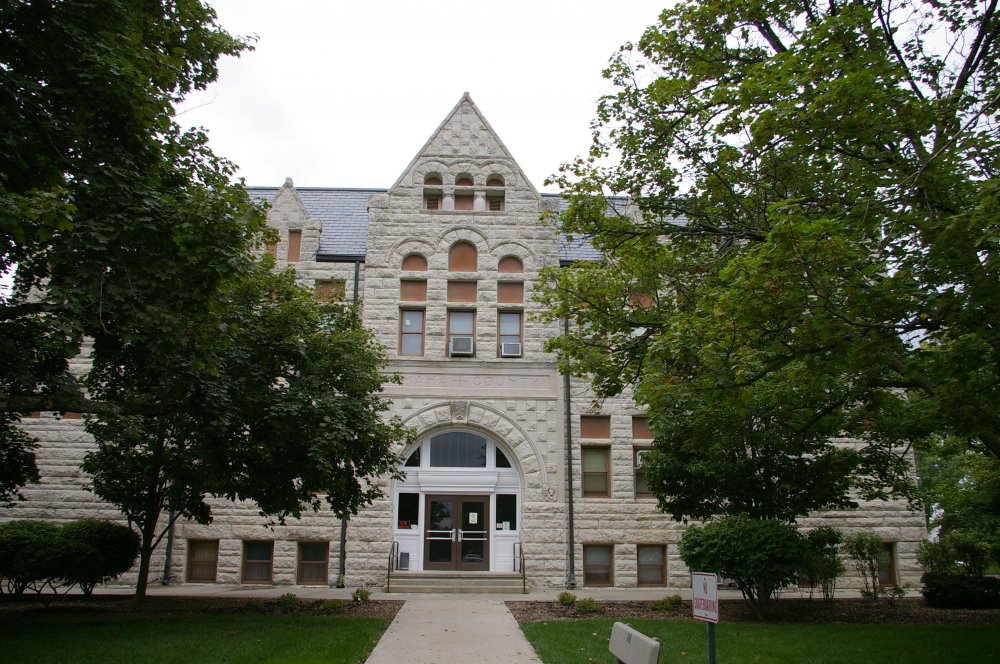 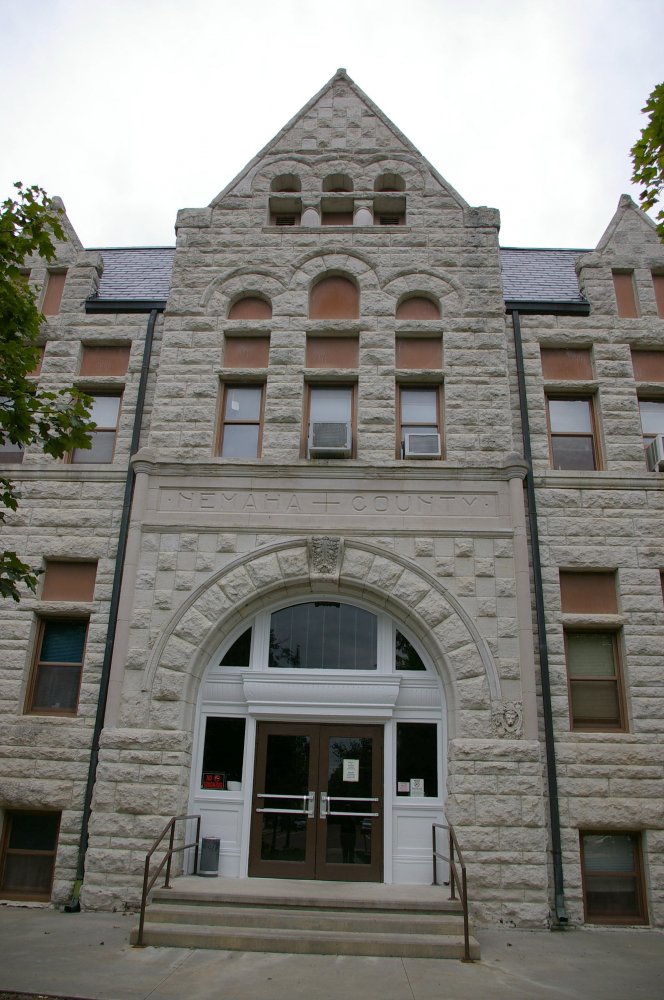 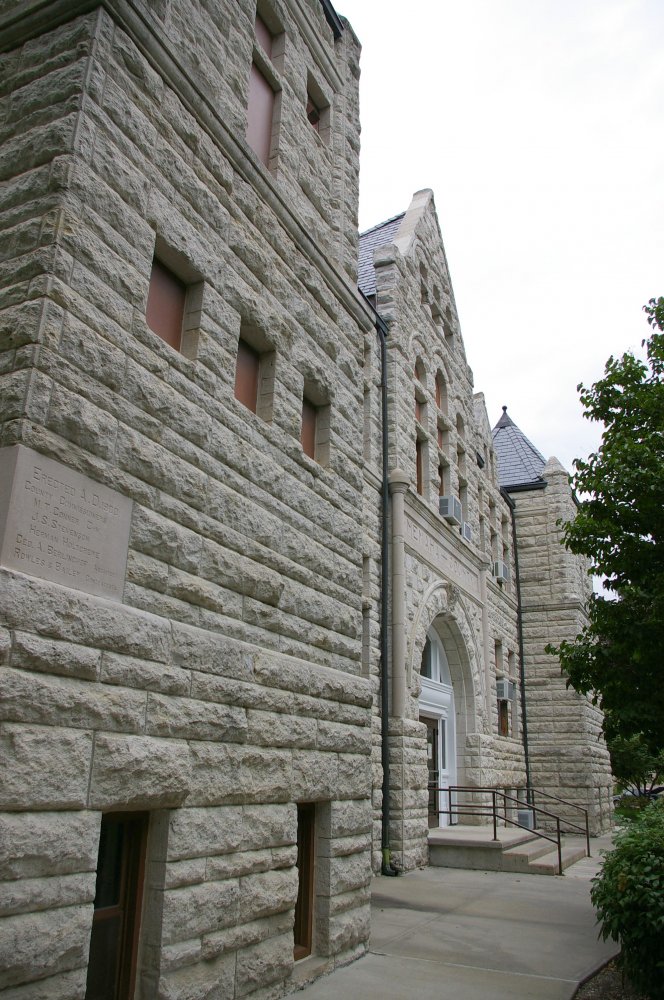 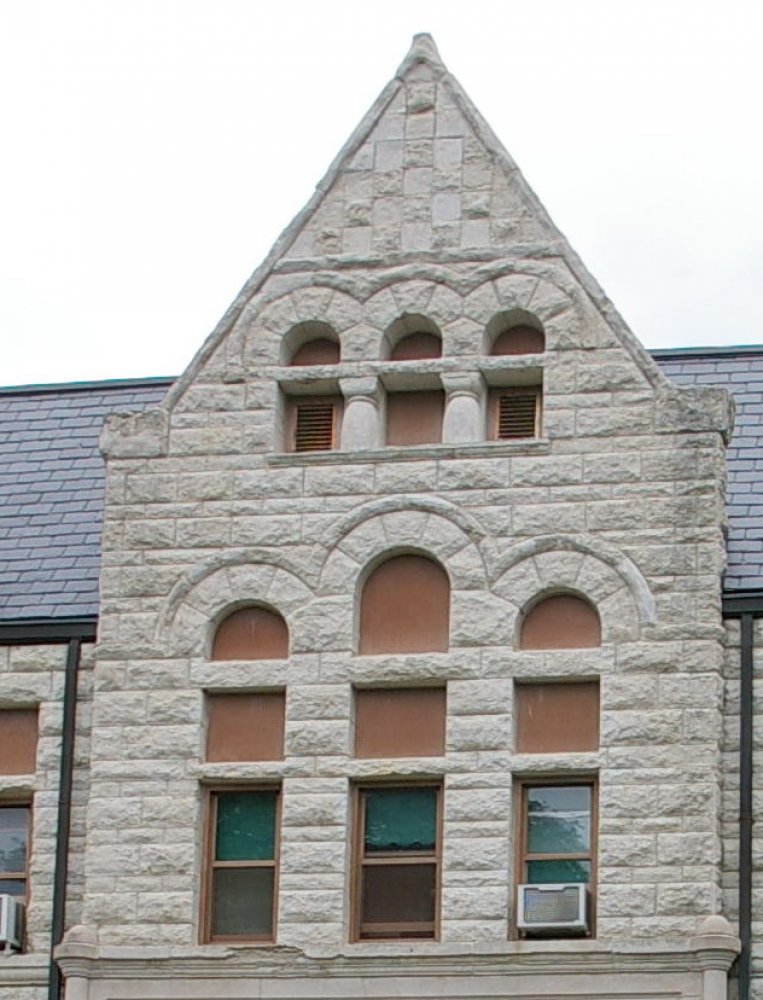 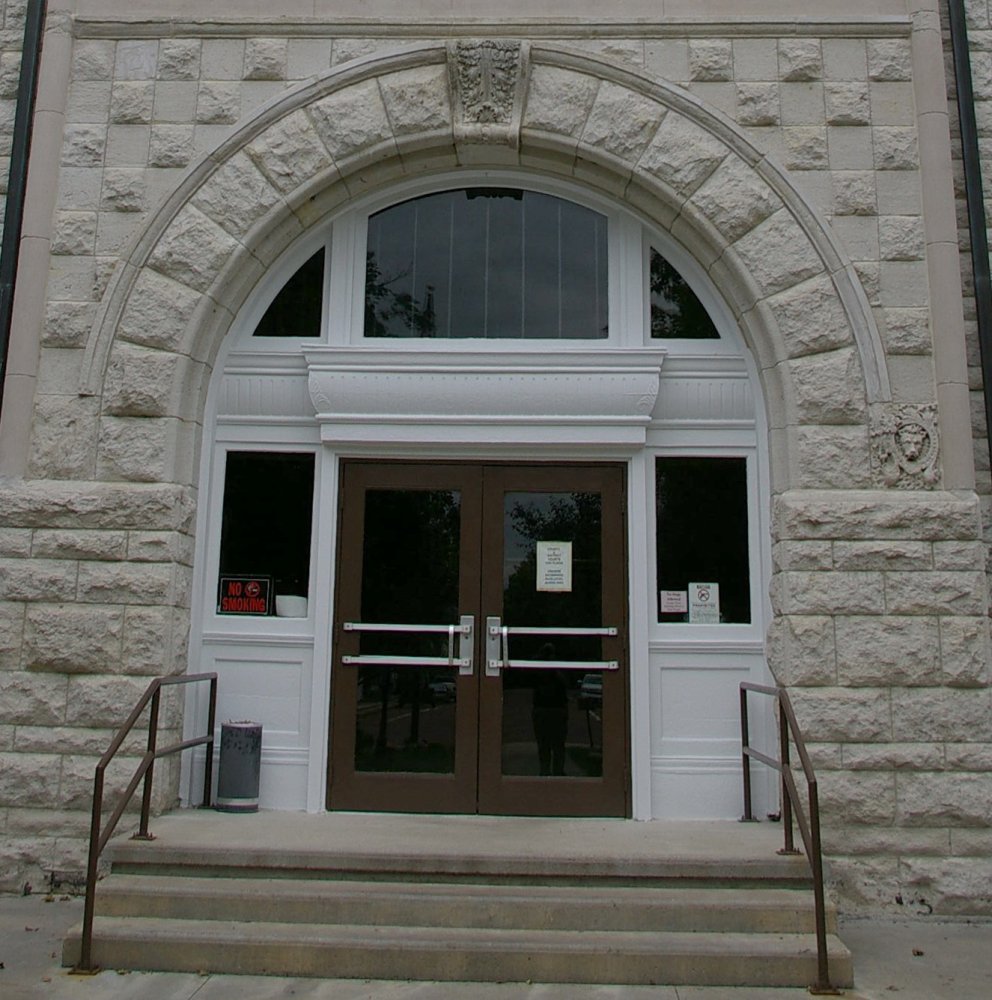 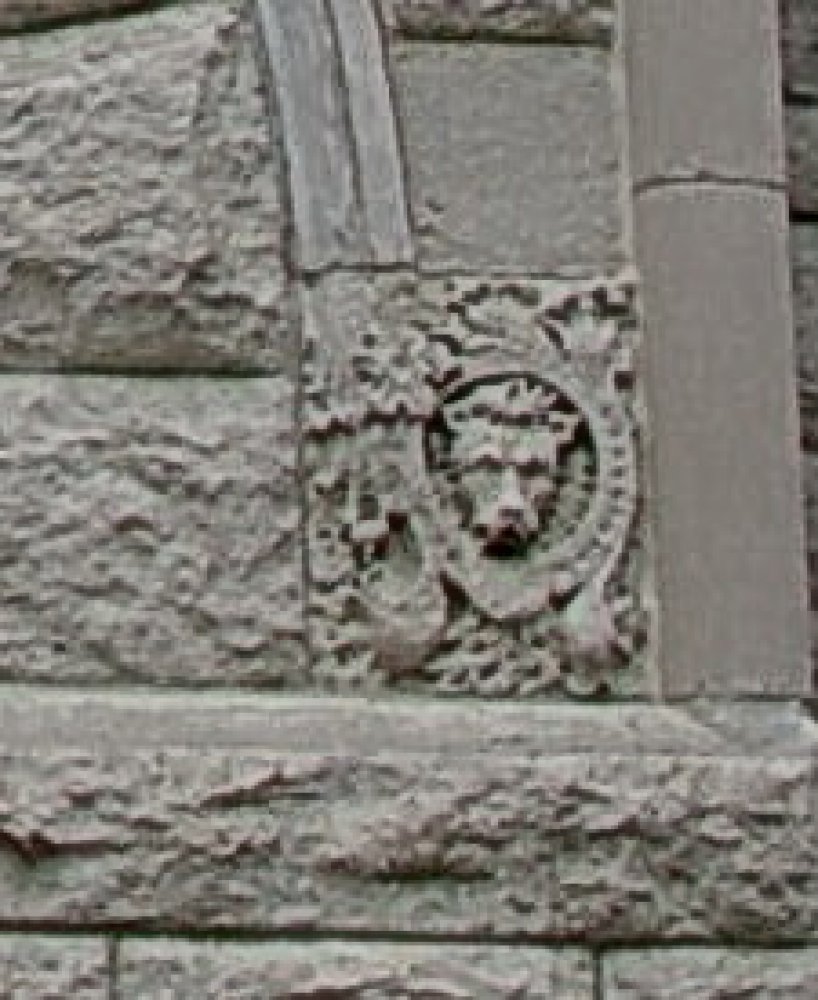 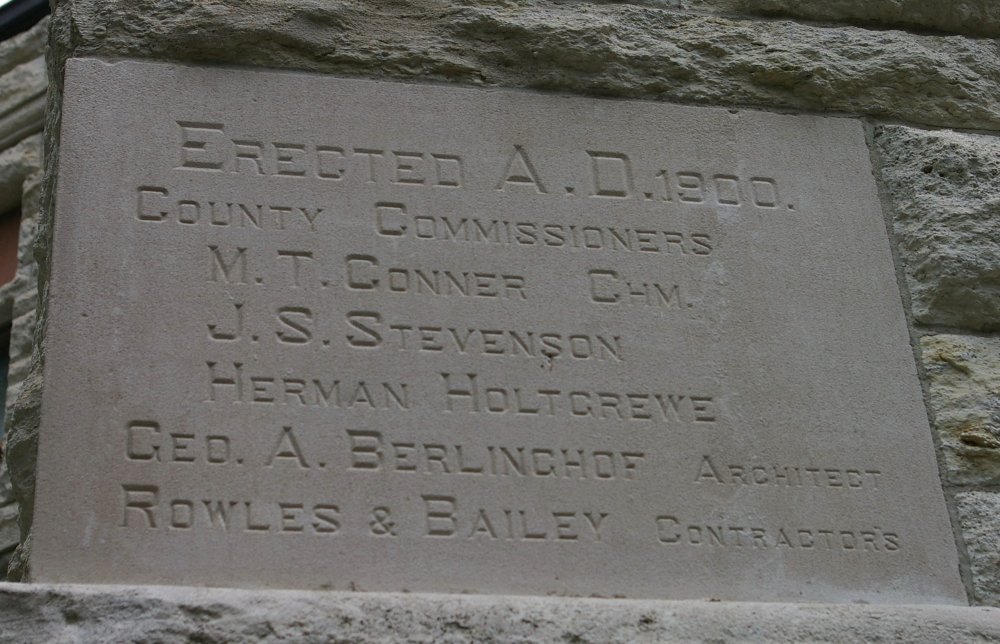