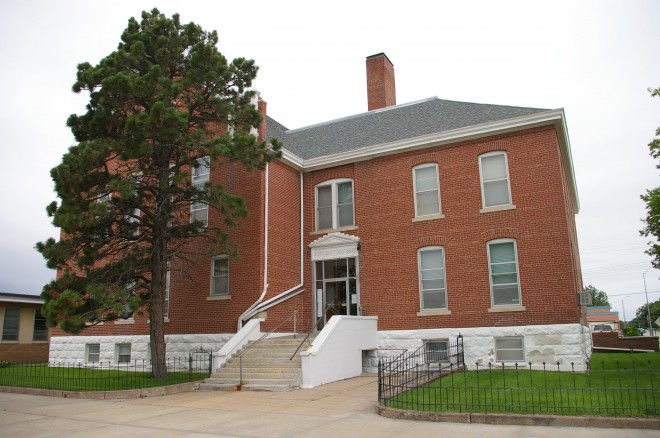 Cherry County is named for Lieutenant Samuel A Cherry, a popular officer who was stationed at Fort Niobrara and who was killed in South Dakota in 1881.

Description:  The building faces east and is a two story red colored brick structure. The building is located on landscaped grounds in the center of Valentine. The south section extends east. The entrance is located in the center of the east side. Red colored brick is laid in six rows of common bond, then one row of headers. A simple metal cornice with pairs of colonettes at the gable ends is painted white, as is the stone basement. Hipped and gabled sections intersect to form a compact, roughly 50 feet by 60 feet “L” shape. The base of the building is course stone and the roof is hipped. The centered entry vestibule opens onto the bend of an L-shaped hallway and also faces stairs leading to the second story. The interior features fine unpainted woodwork throughout, including spindle balusters for the staircase and landing. High baseboards, a paneled newel with carved detail and beading, wood floors, and double doors at the vestibule. The district courtroom on the south side of the second story retains its original layout and bar between spectators and the trial space, but has modern wood paneling and replacement furnishings, including a carpeted jury box. The building houses the District Court and County Court of the 8th Judicial District. 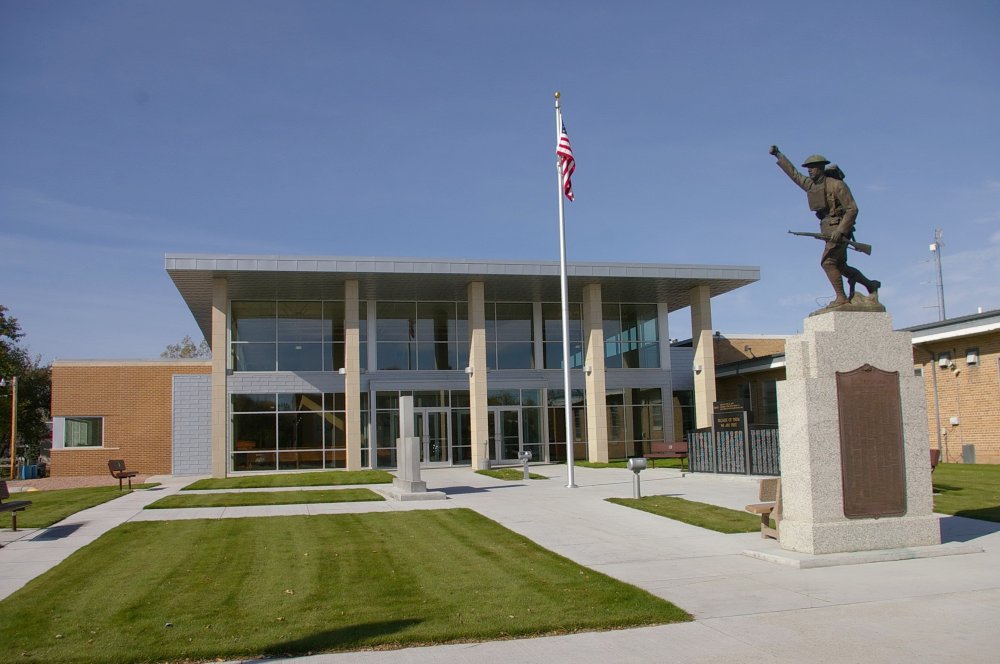 Description:  The building faces east and is a two story buff colored brick, glass and concrete structure. The building is located on landscaped grounds in the center of Valentine. The east front has five high pillars supporting a flat roof. Behind is a recessed wall of glass panels with the entrance in the center of the first story. There is one courtroom. The building is connected on the north side to the 1953 – 1954 courthouse. 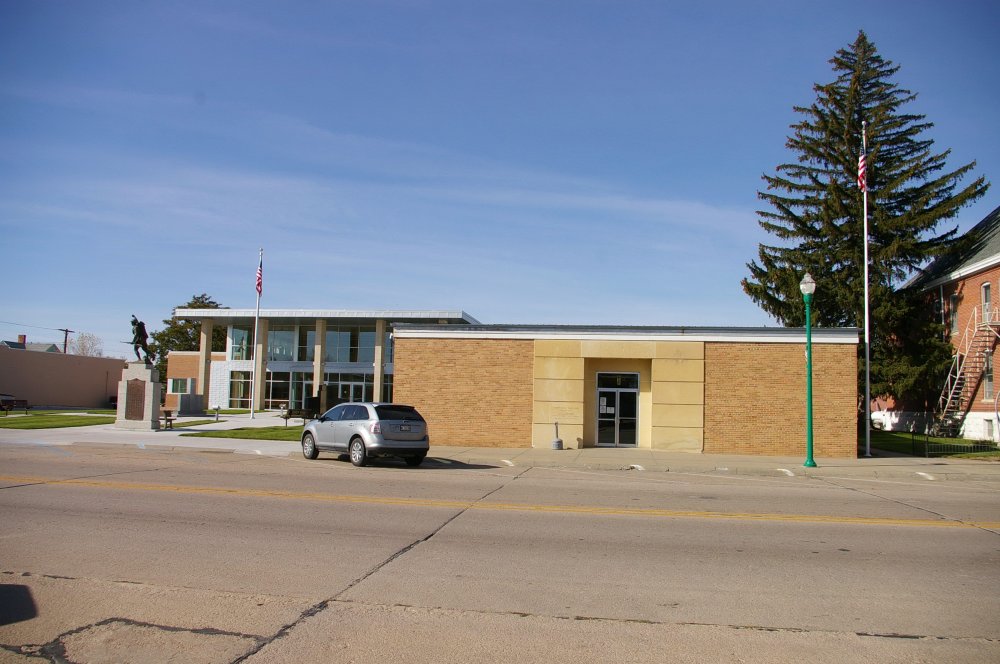 History:  The county was created in 1883 and Valentine was selected as the county seat. The first courthouse was formerly a two story wood structure at Fort Madison, Wisconsin, which was dismantled and erected in 1884 at Third Street and Main Street under the supervision of Hiram Cornell who had purchased and shipped the building and rented premises to the county. The building was known as Cornell Hall and Opera House. The second courthouse was built in 1901 at a cost of $13,979. The third and present courthouse was constructed in 1953 to 1954 on the south side of the old courthouse. The County Justice Center was constructed in 2009 to 2011. 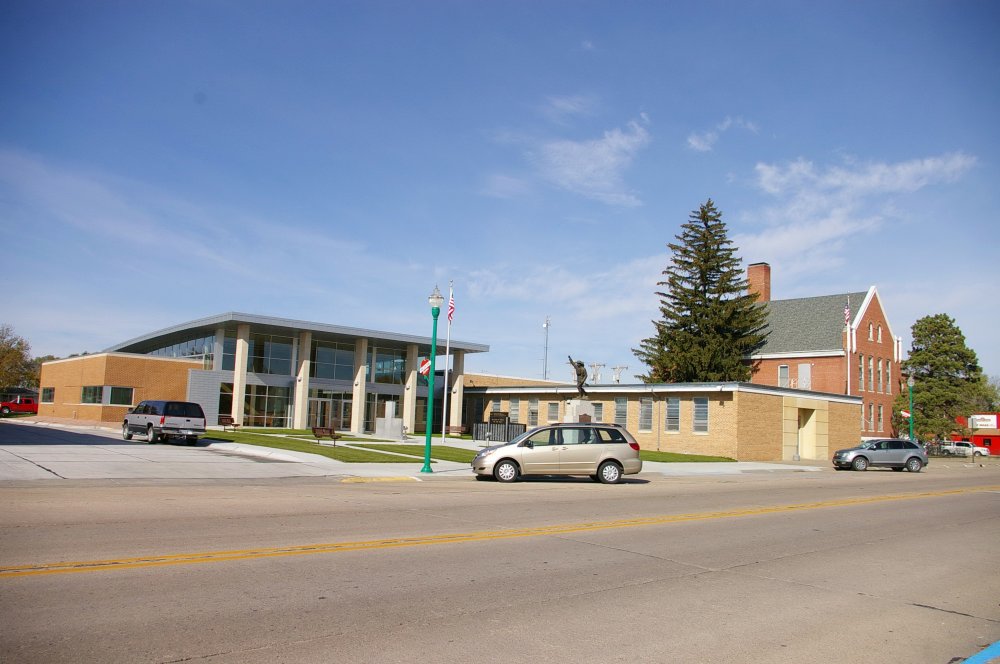 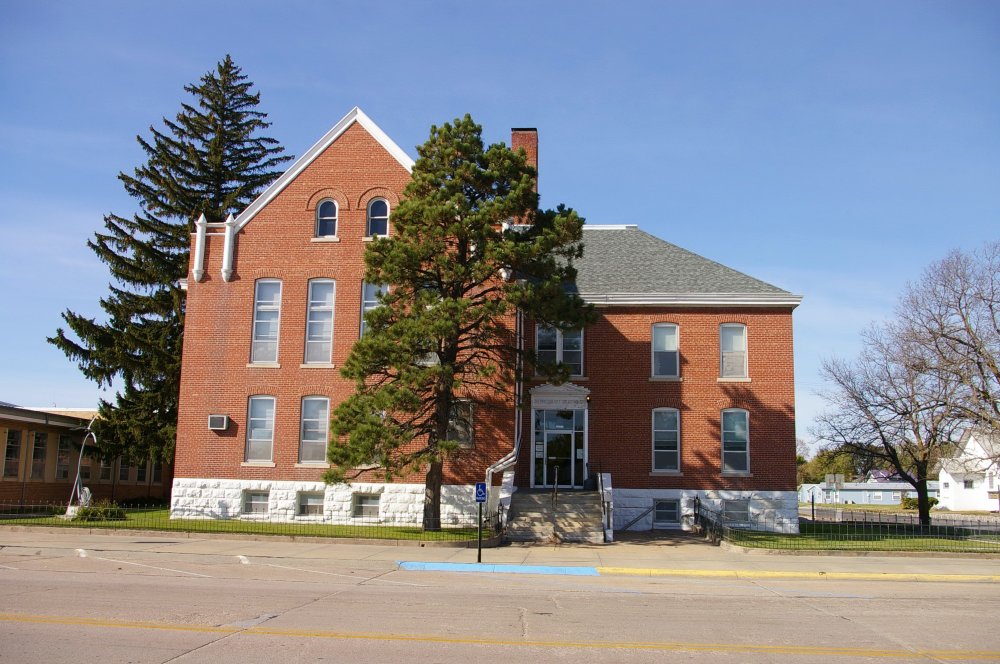 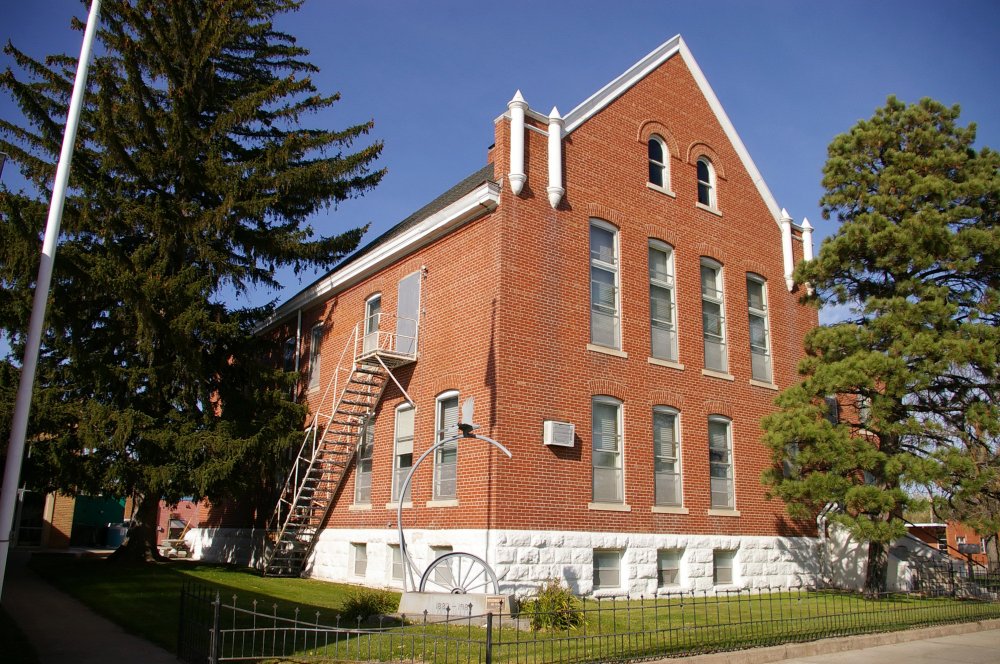 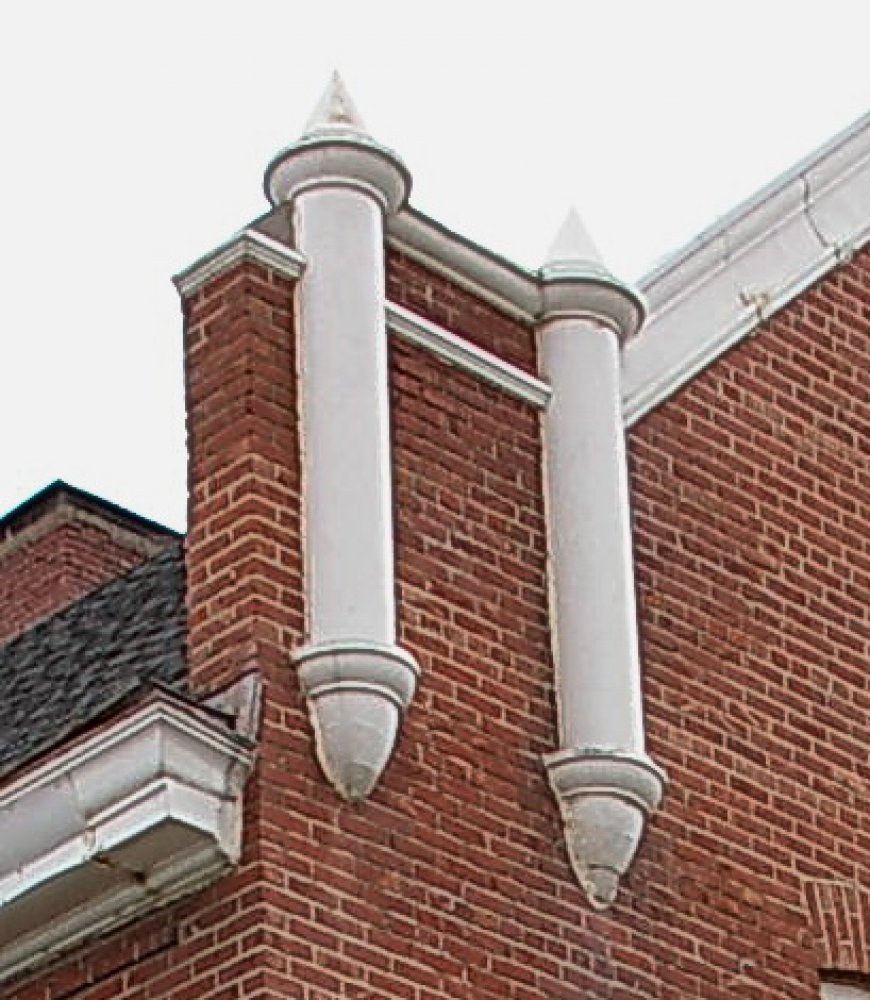 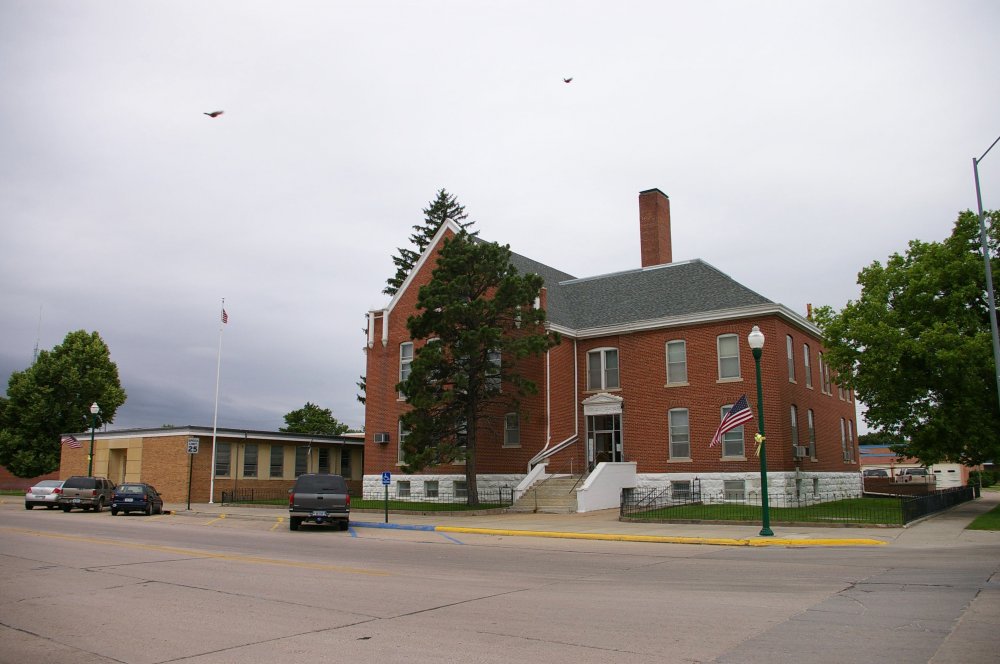 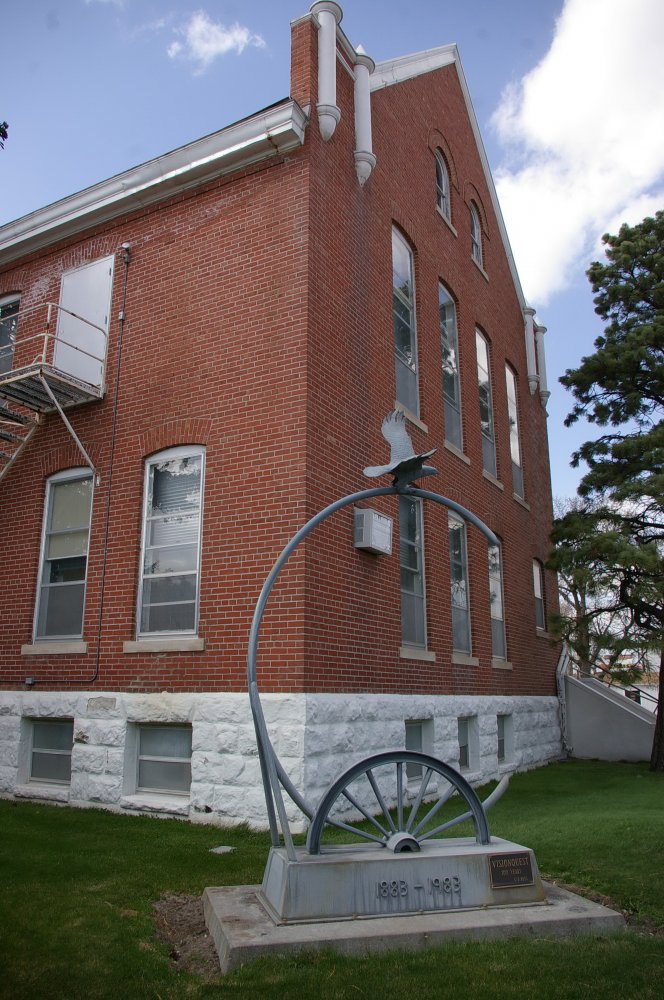 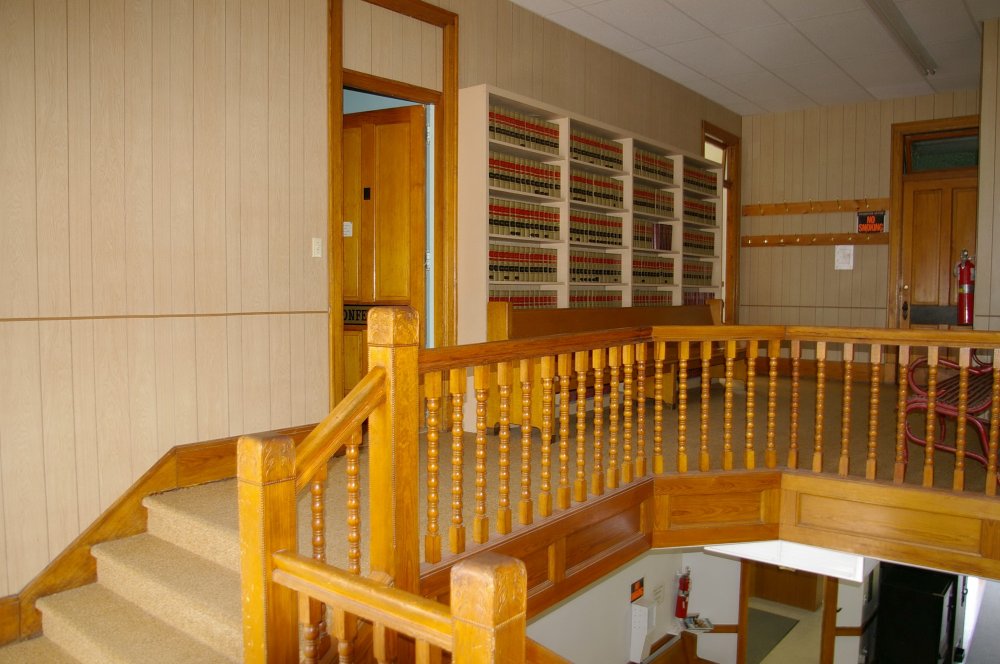 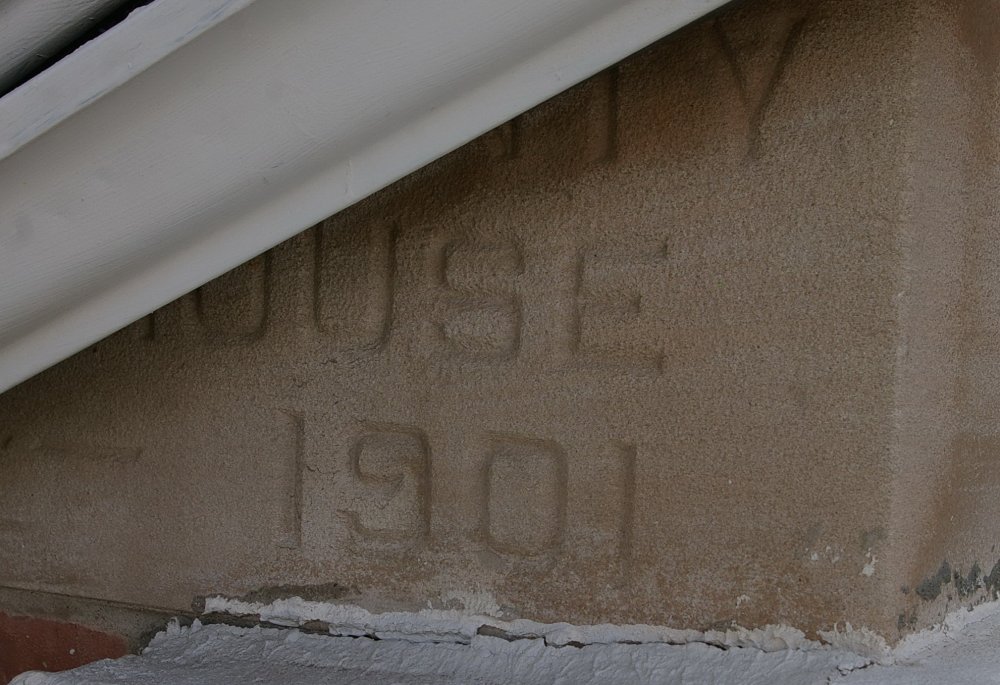 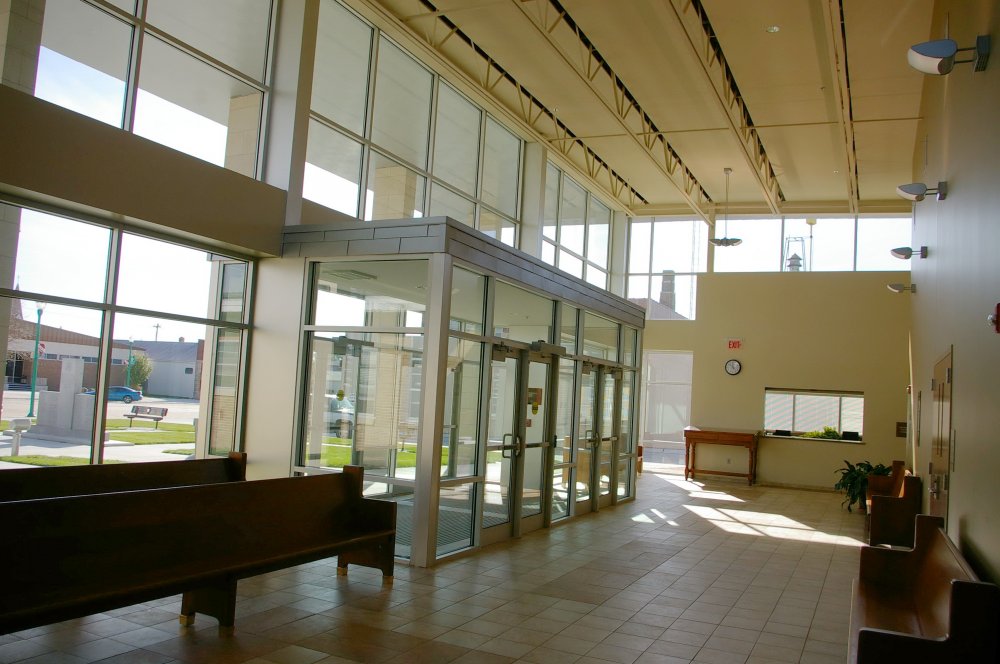 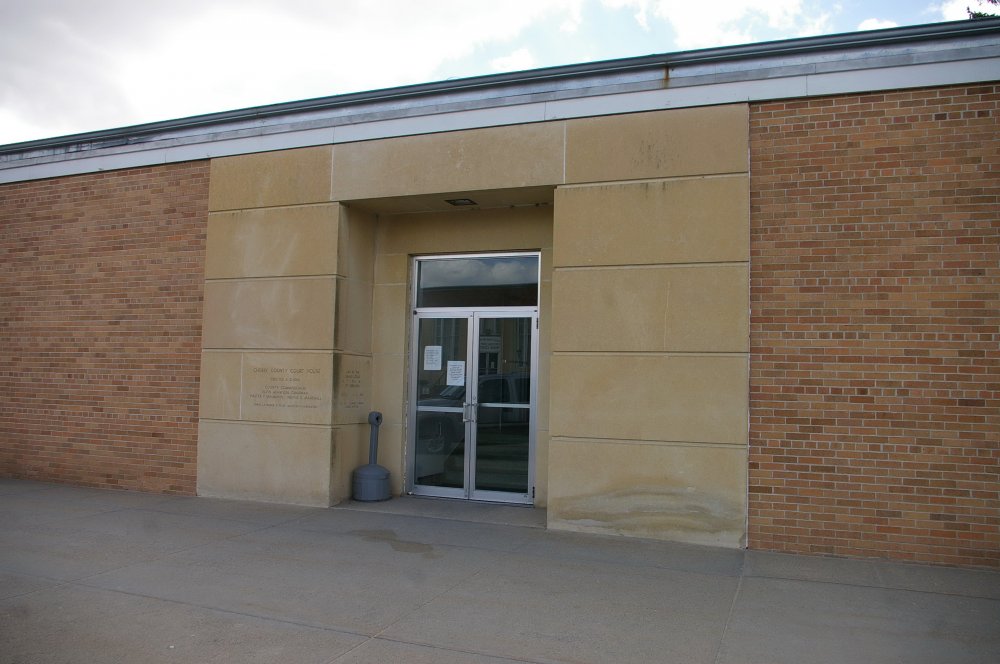