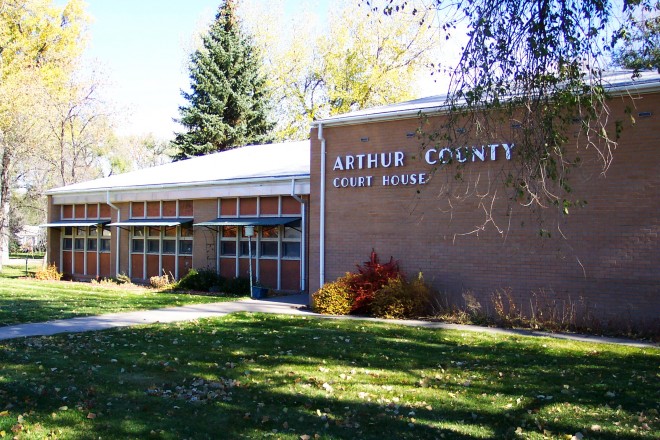 Arthur County is named for Chester Arthur, who was the twenty-first President of the United States of America.

Description:  The building faces west and is a one story red colored brick and concrete structure. The building is located on landscaped grounds. The west front the rectangular shaped building has a projecting section on the south side. The north section is lower and has windows. The roof is sloped. The building houses the District Court and County Court of the 11th Judicial District. The building was remodeled in 1967. Description:  The building faces north and is a a one story two room white colored clapboard structure. The building is located on spacious landscaped grounds in the center of Arthur on the east side of the courthouse. The square shaped building has a hipped roof with parapet at the top. The building features roof cresting (replacement), tiny brackets, an unadorned sawtooth cornice, corner pilasters, and simple moulded lintels.

Note:  This former Prairie courthouse was used until the current county courthouse was built in 1961. When it was being used it was officially the smallest courthouse in the nation. It is really a neat place on the inside. 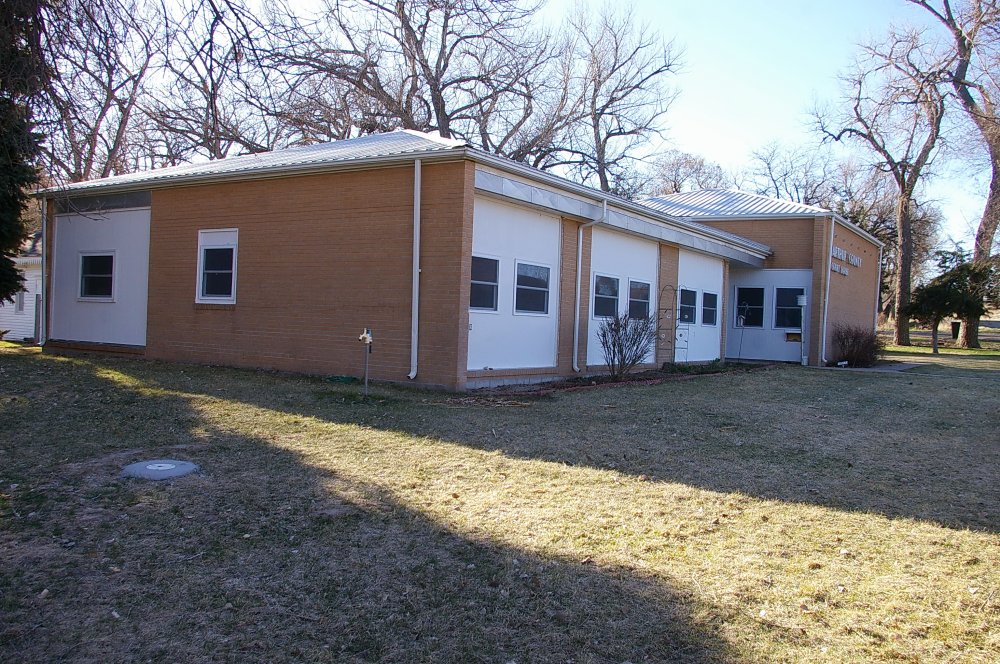 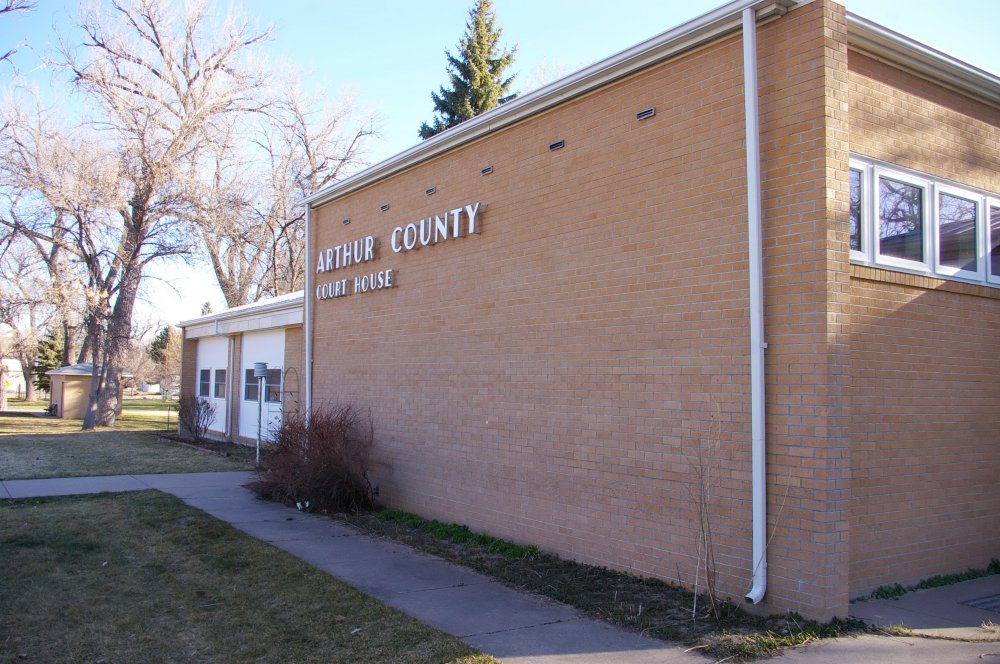 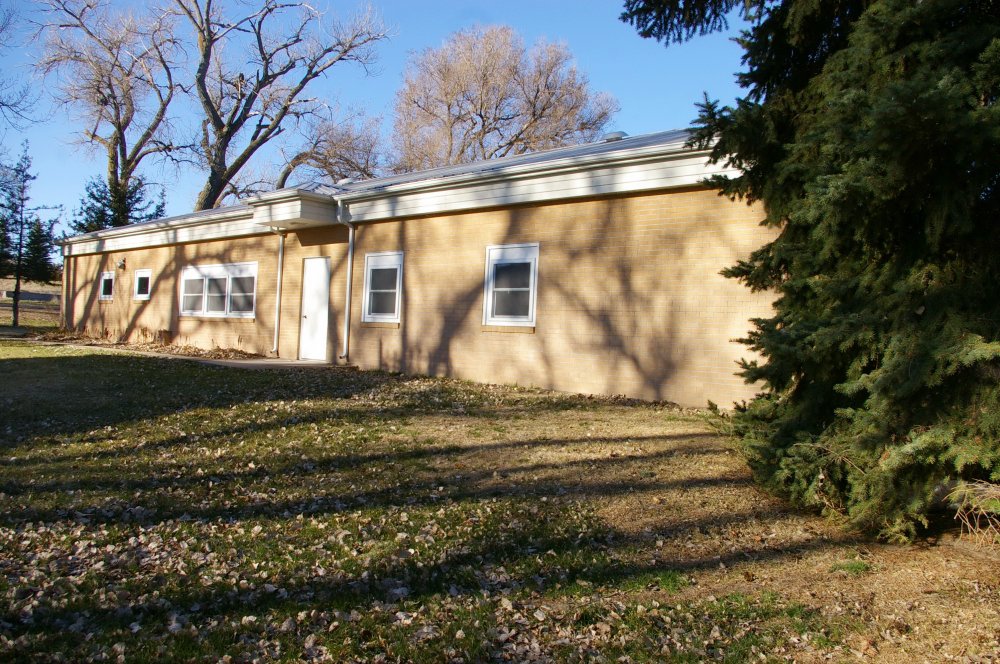