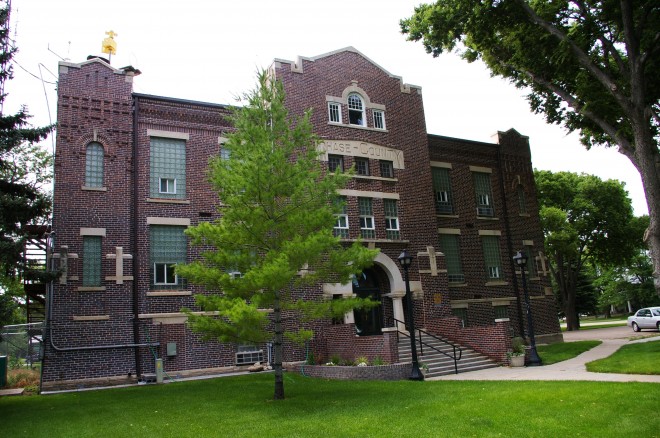 Chase County is named for Champion S Chase, who was the mayor of Omaha and served as the first attorney general of Nebraska.

Description:  The building faces east and is a three story dark red colored brick, limestone and concrete structure. The building is located on landscaped grounds of the Courthouse Square in the center of Imperial. The east front has stone steps rising to the arched entrance which is trimmed with limestone. The headers above each window are limestone. The faceted entry columns with broad simple capitals impart a feeling of solidity, especially since the impressive stone round arch rests securely upon them. The original wood doors are recessed behind the round arch and feature three small top lights in the door panels and a round-arched transom above. The center section projects from the building and rises to a peak above the roof line. Contrasting stone trim is used effectively to highlight recurring shapes and motifs, including the slightly pedimented coping, large, smooth, and flat lintels and sills, keystones on brick round-arched windows in the corner towers, the stone plaque of the entry pavilion that identifies the building as “Chase County,” and unusual cross patterns at the corners and the entry pavilion. The building has a castle-like appearance. At the entry foyer are short flights of steps up to the first story and down to the basement level. On the first story is a rather small square central hall with offices. Interior elements are relatively simple, and feature golden oak woodwork (counters with low swinging doors, chair rails, doors, frames, transoms) and metal stairs having a curving pattern. The courtroom is located at the southeast corner of the third story and has folding seats rather than pews or fixed seats. Although modest, the original woodwork is an attractive feature. The courtroom has a newer dropped ceiling and fluorescent light fixtures. The building houses the District Court and County Court of the 11th Judicial District.

See:  The architect, A T Simmons of Bloomington, Illinois, also designed the courthouse in Dundy County.

History:  The county was created in 1873 and Imperial was selected as the county seat in 1886 when the county was organized. The first courthouse in 1886 was a two story wood building donated by the Lincoln Land Company. The courthouse burned in February 1910. The second and present courthouse was constructed in 1911 to 1912 at a cost of $25,000. 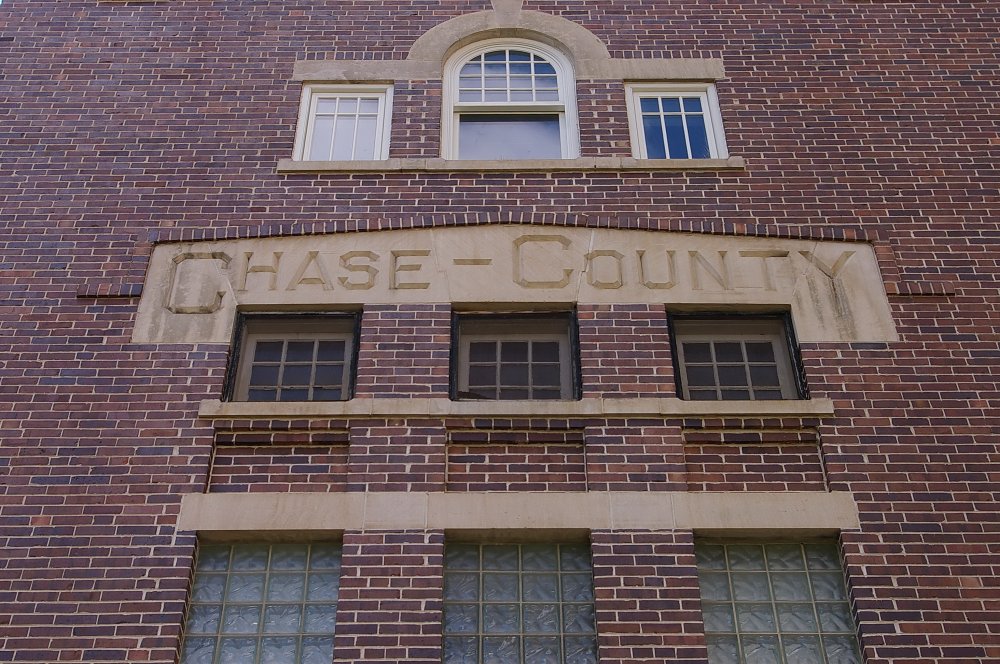 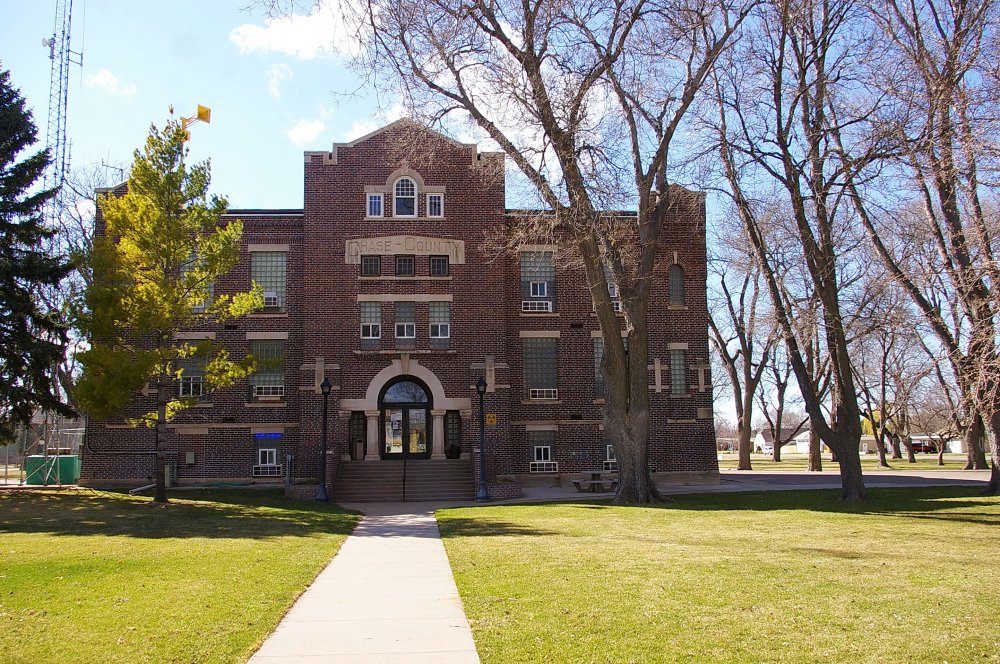 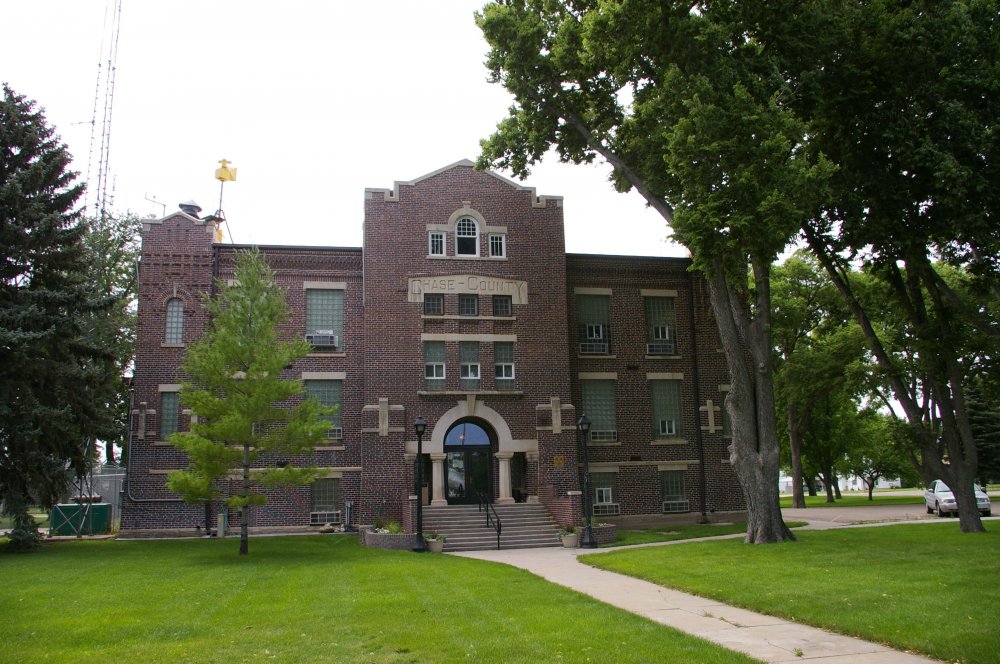 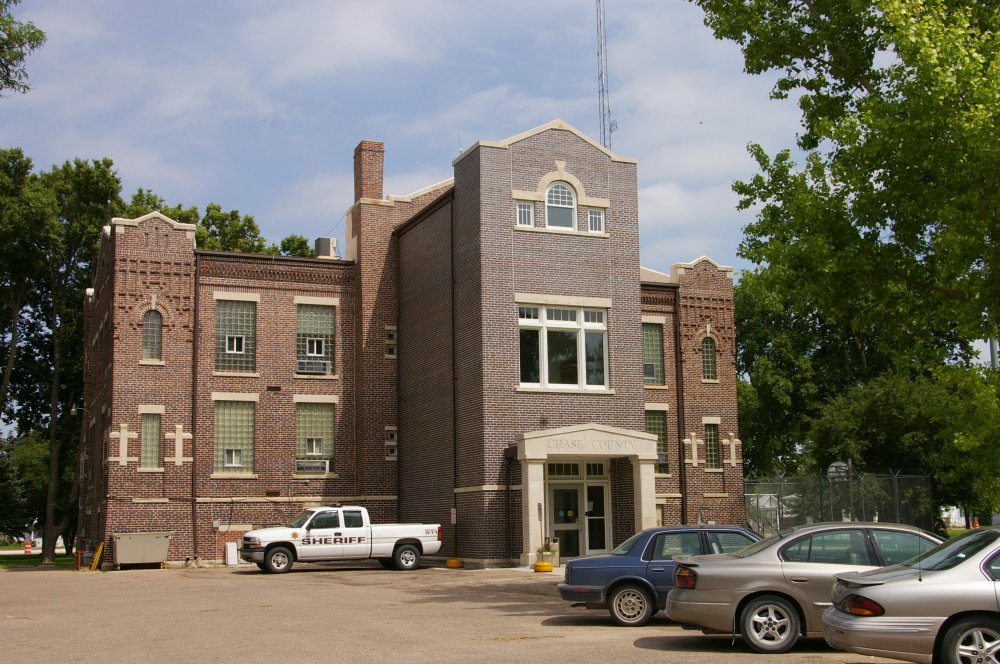 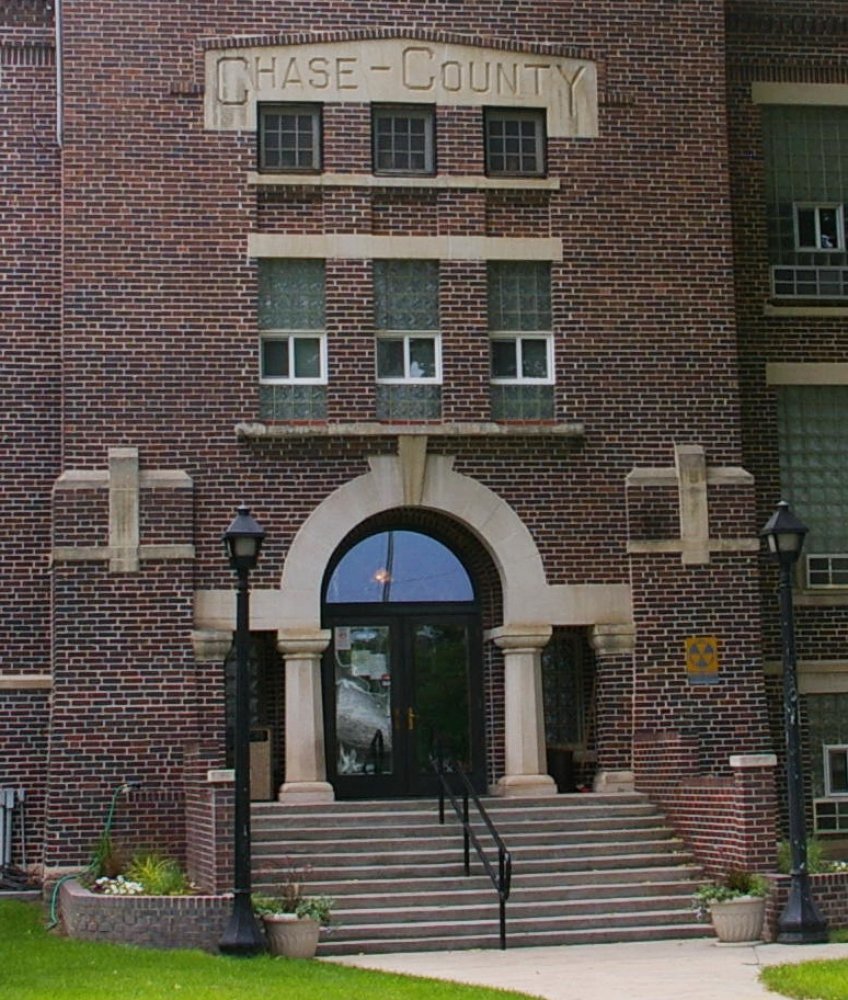 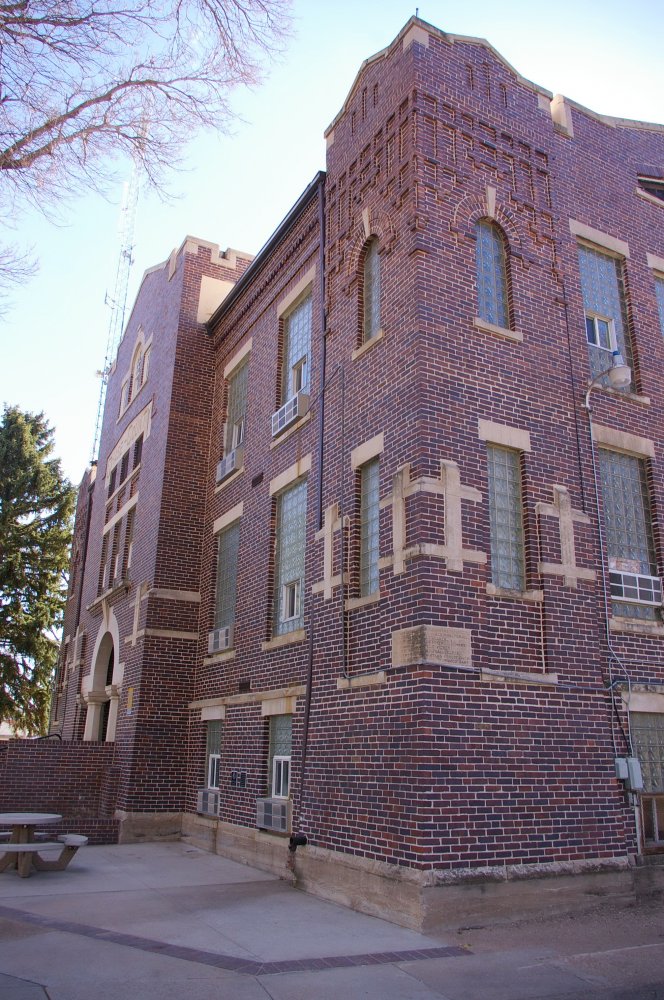 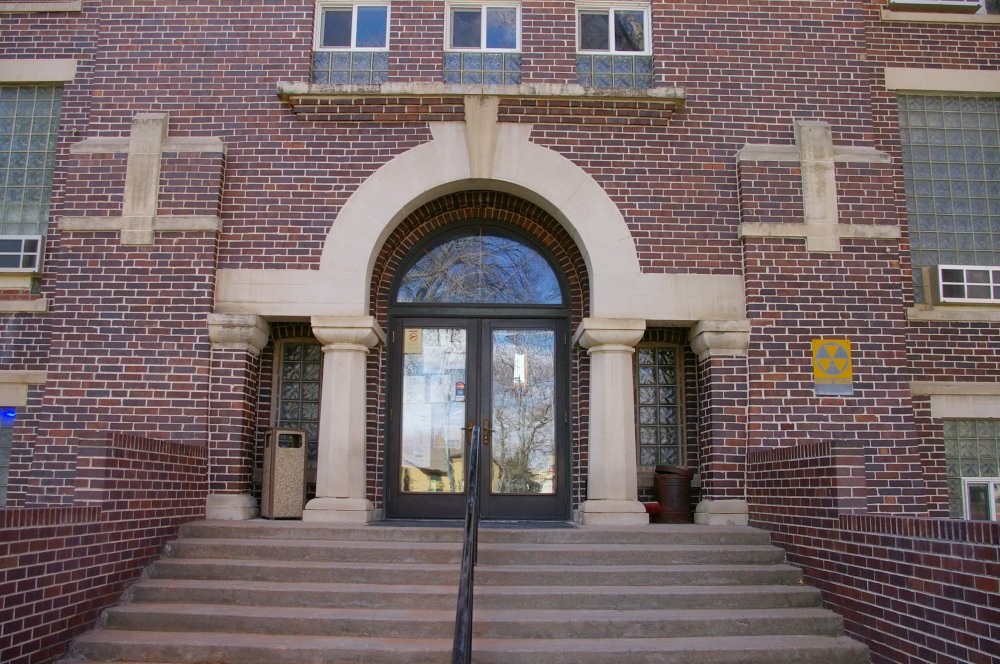 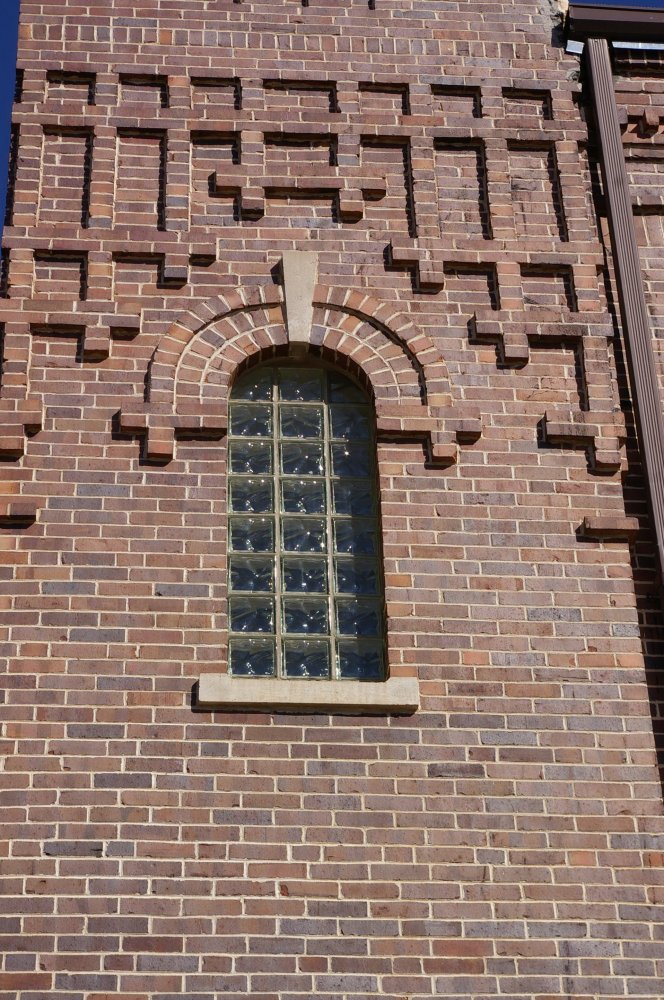 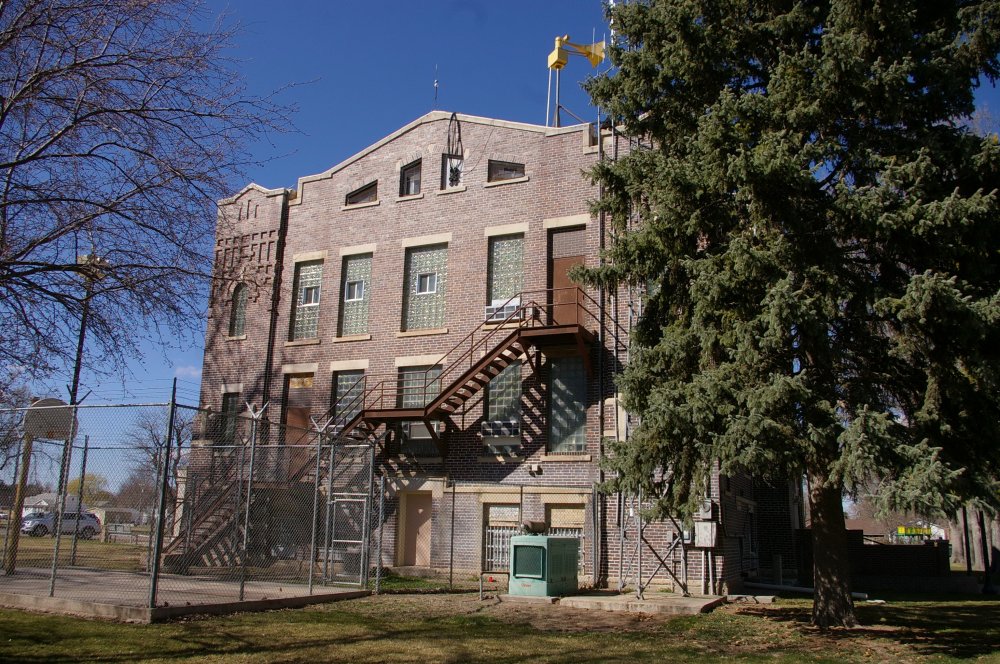 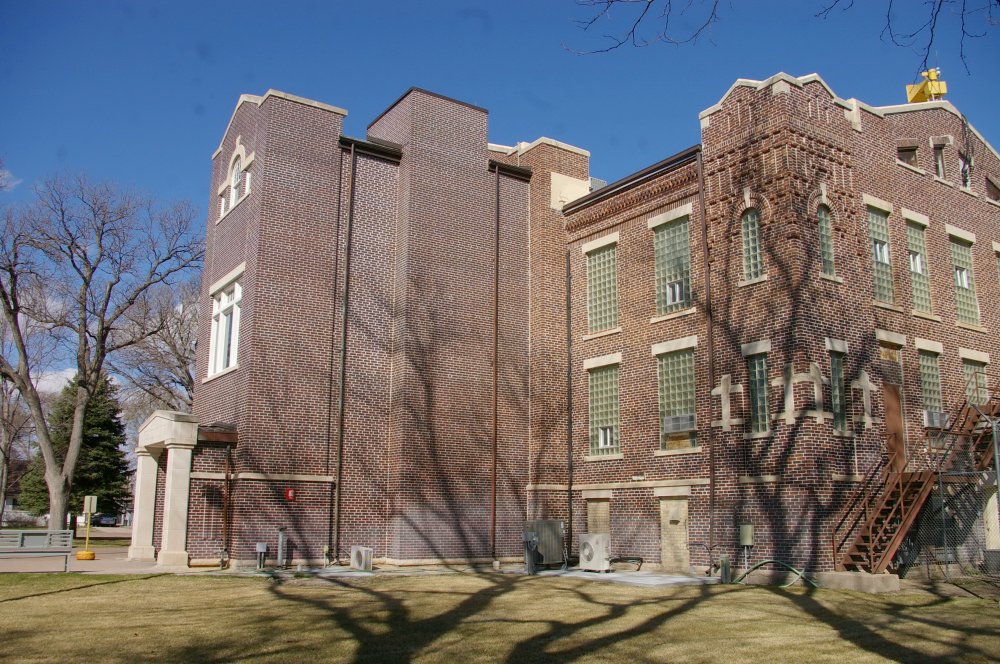 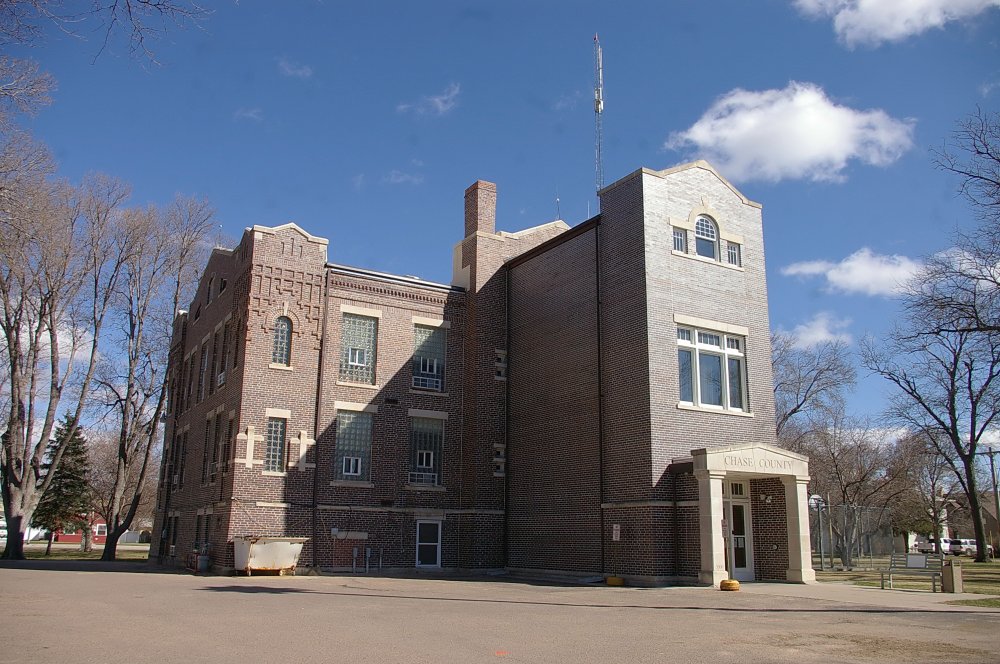