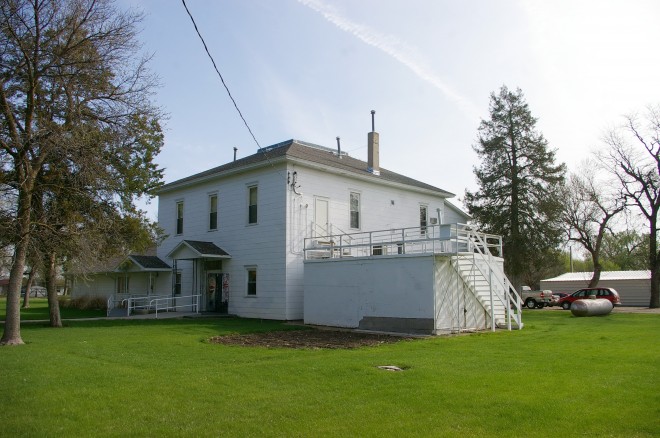 Frontier County is named for the county’s location on the Nebraska frontier at that time.

Description:  The building faces west and is a two story white colored wood frame structure. The building is located on spacious landscaped grounds in the center of Stockville. The west front has a central entrance on the first story with a canopy above. The roof is hipped. The courtroom is located on the west side of the second story. In 1954 and 1955, vaults were constructed on the north and south sides of the building. In 1986, a room was added on the second story between the two vaults. The building houses the District Court and County Court of the 11th Judicial District.

Note:  It is believed that the courthouse was the last courthouse in the nation to get indoor plumbing and to have a paved road to connect it to the rest of the national infrastructure. Now the outhouse is used just for the park at the courthouse square. Before the plumbing came, there were never any women to serve on juries in the county; it was thought to be too big of an inconvenience to the women of the county to use the outhouse.

History:  The county was created in 1872 and Stockville was selected as the county seat in 1873. The county rented “Woods Store Room” for $5 a month until the first courthouse was built by W L McClary in 1883. The courthouse burned on February 27, 1883. The second and present courthouse was constructed in 1888 at a cost of $3,400. 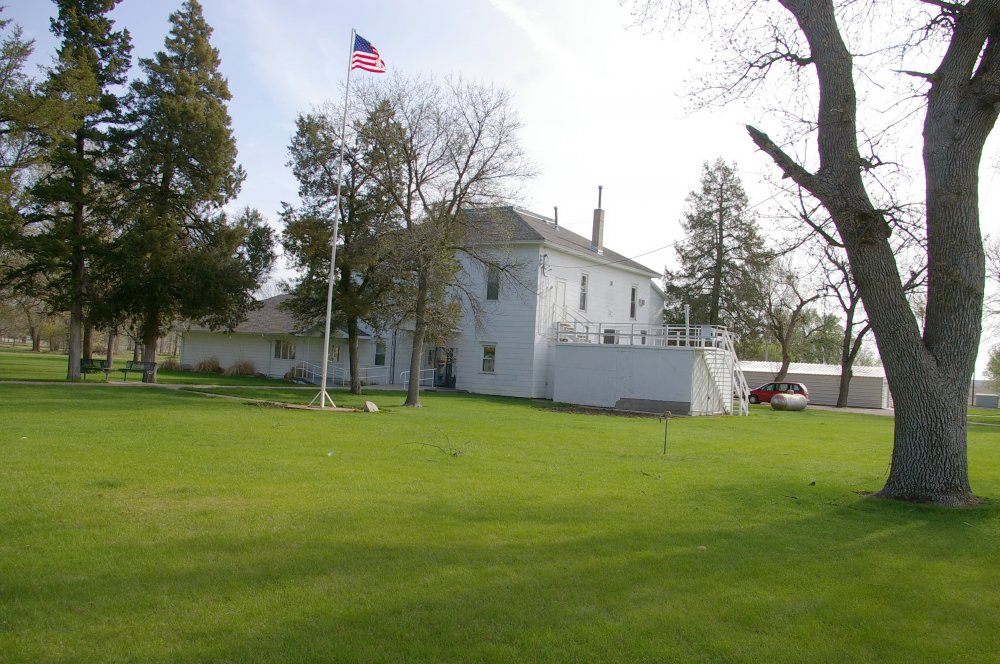 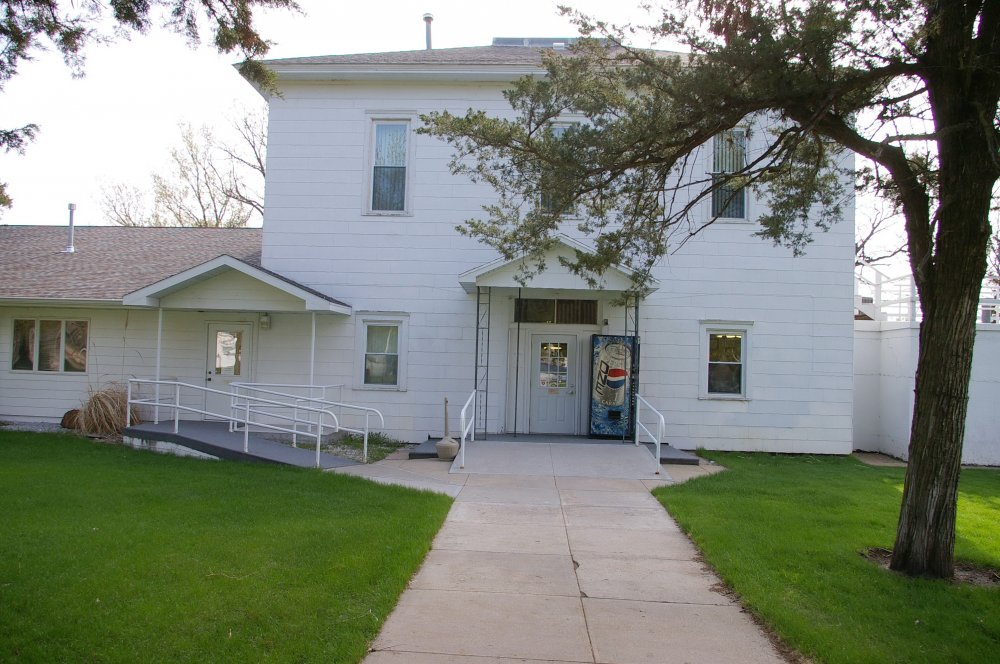 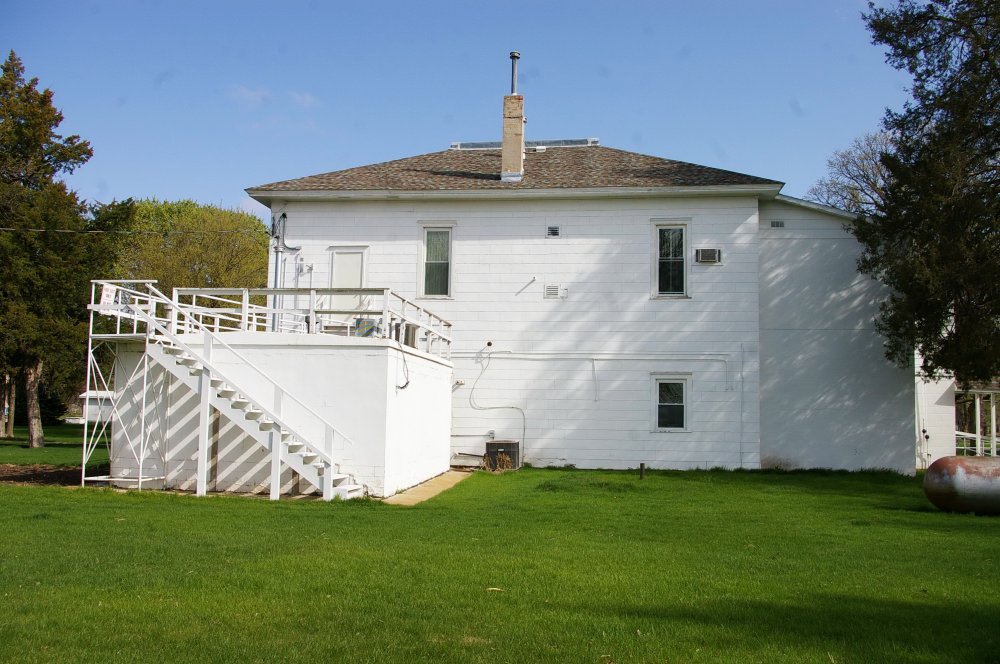 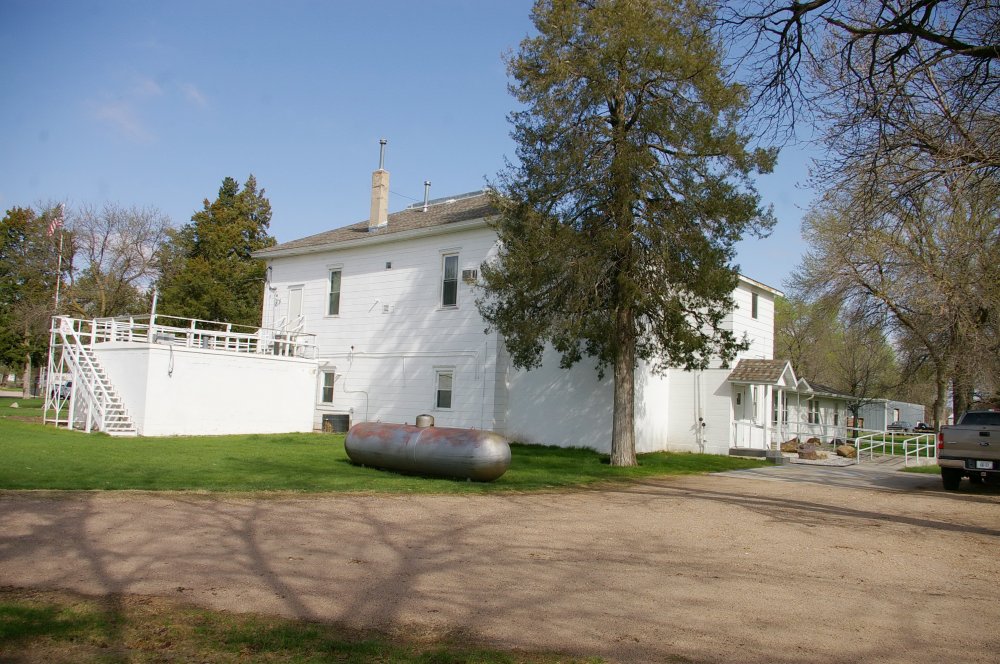 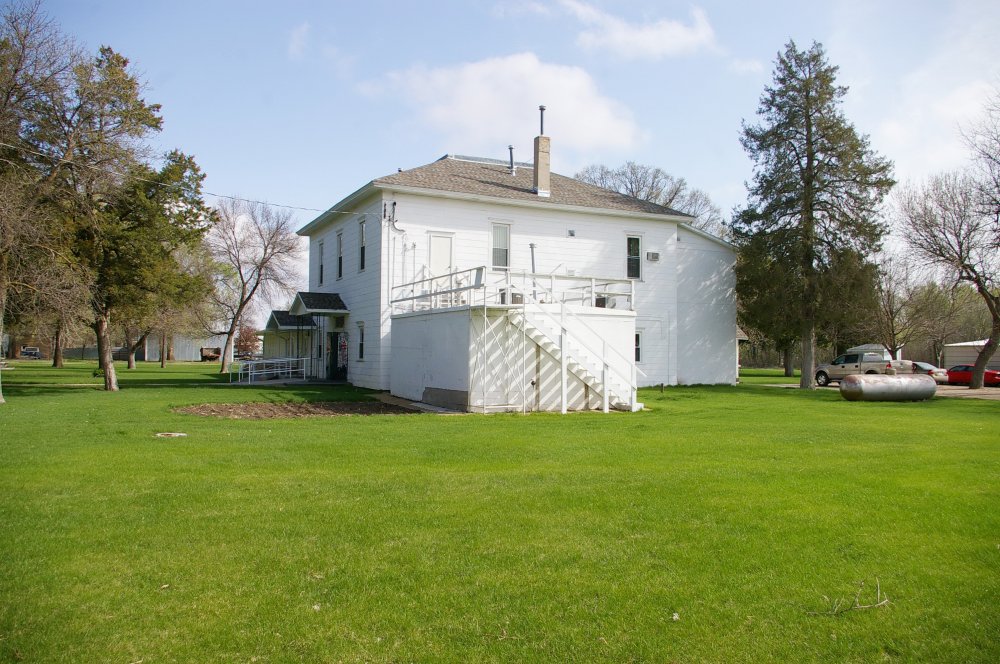 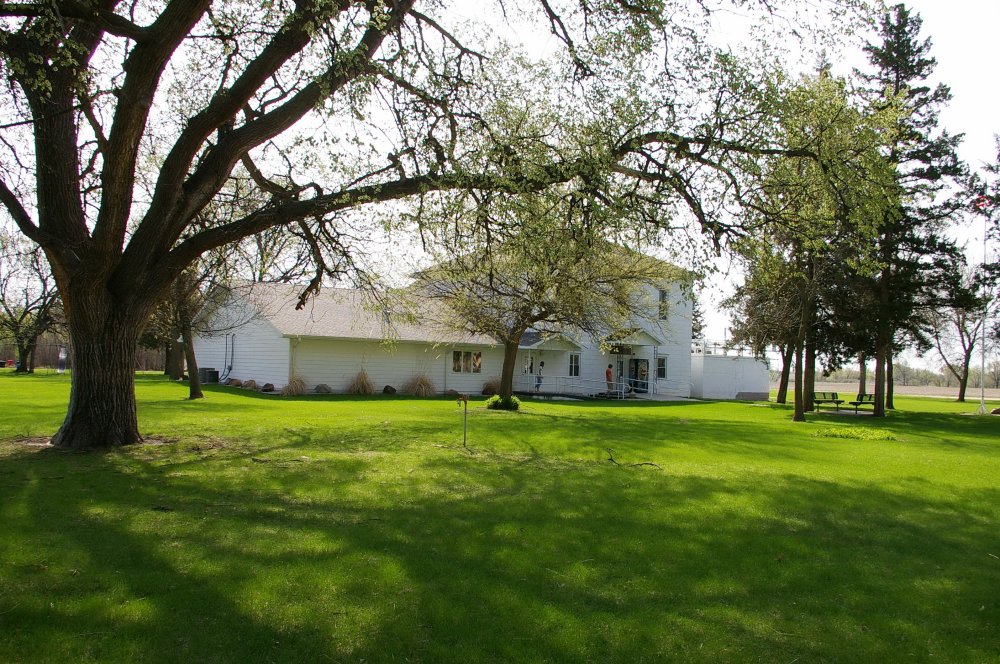 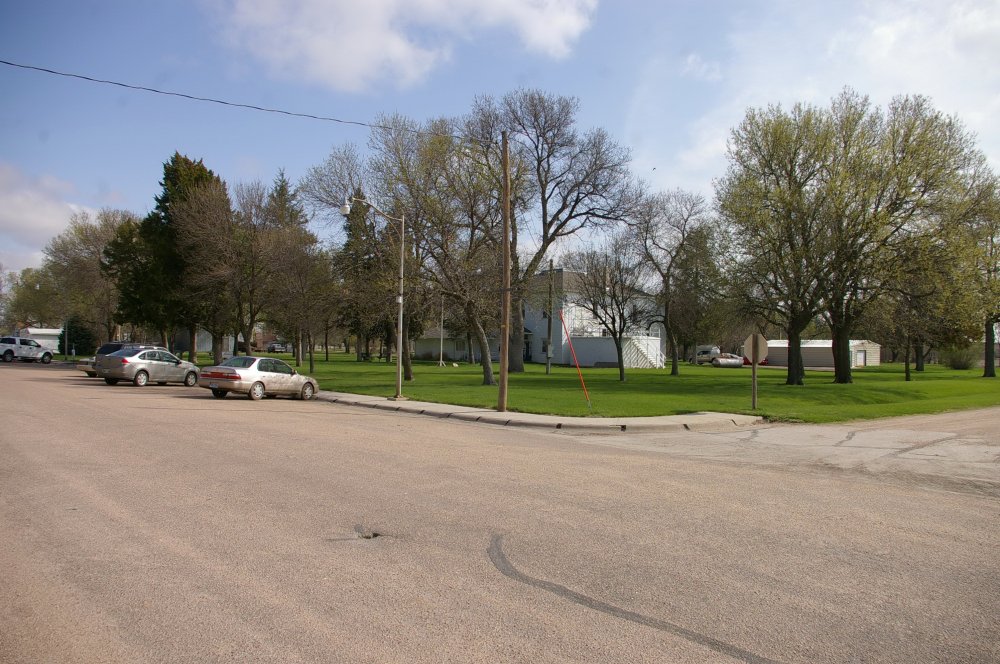 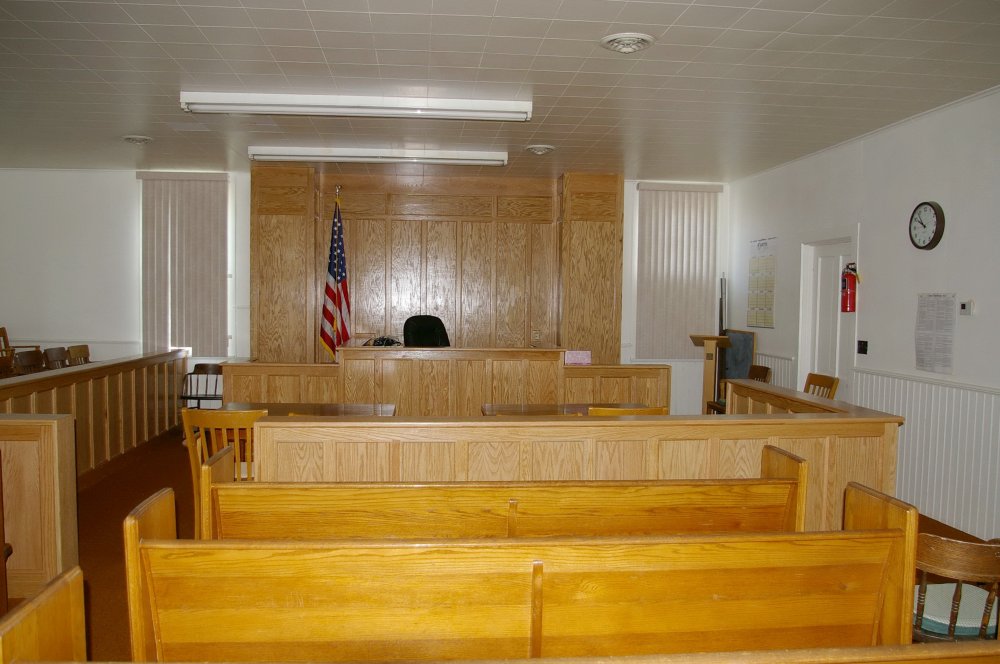 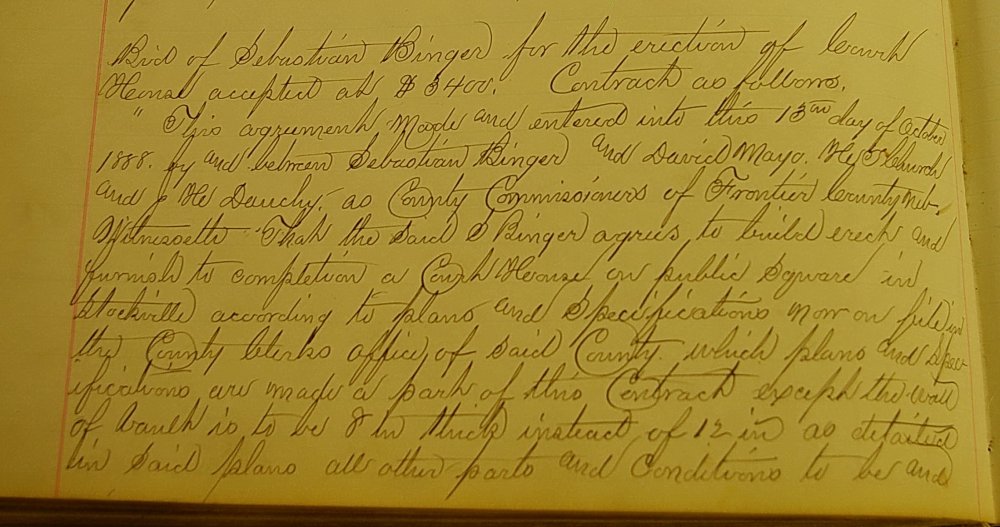