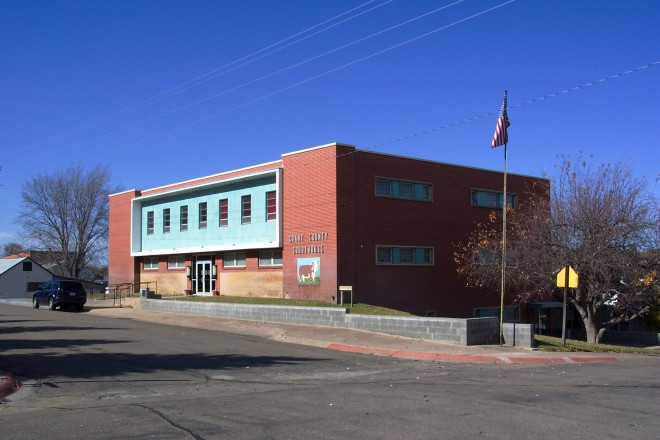 Grant County is named for Ulysses Simpson Grant, who was the eighteenth President of the United States of America and an American Civil War general.

Description:  The building faces south and is a three story red colored brick and concrete structure. The building is located on landscaped grounds in the center of Hyannis. The south front has the entrance in the center with high horizontal windows on the second story. There is a mural of a cow. The third story has green-blue painted concrete with a projecting concrete trim surrounding the area with windows. The first story descends north down a slope. The roof line is flat. The courtroom is located on the third story. The building houses the District Court and County Court of the 12th Judicial District.

History:  The county was created in 1887 and Whitman was designated as the county seat. In the same year, Hyannis petitioned to become the county seat and won. The county used rented premises until the first courthouse, a two story frame structure was built by I B Daggett in 1907. The second and present courthouse was constructed in 1957 to 1958. 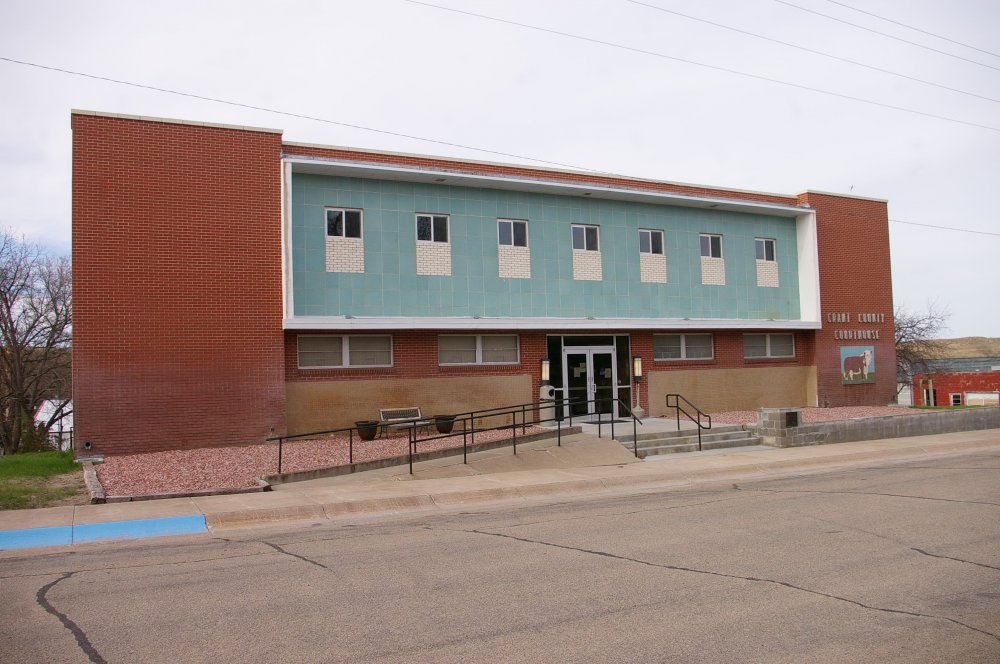 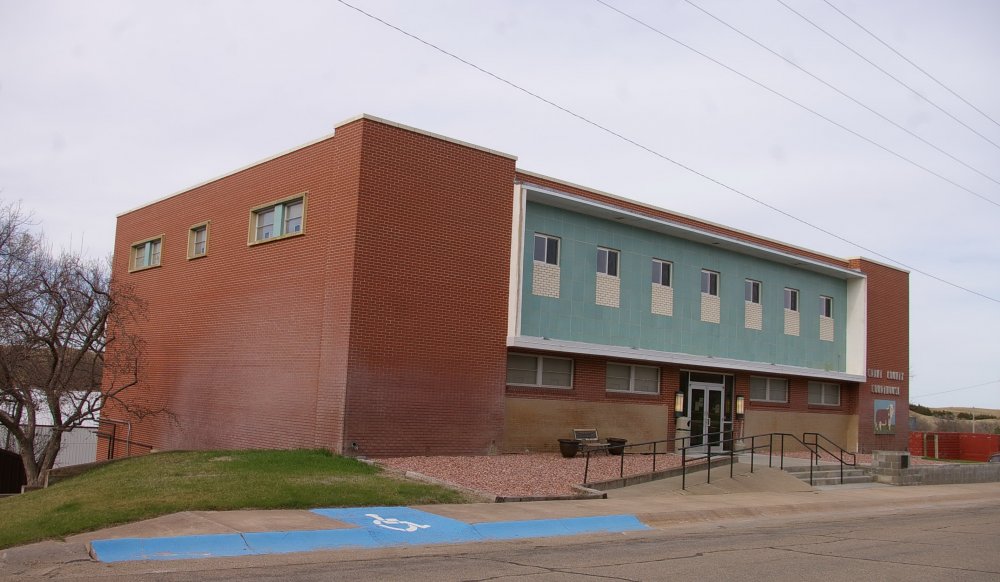 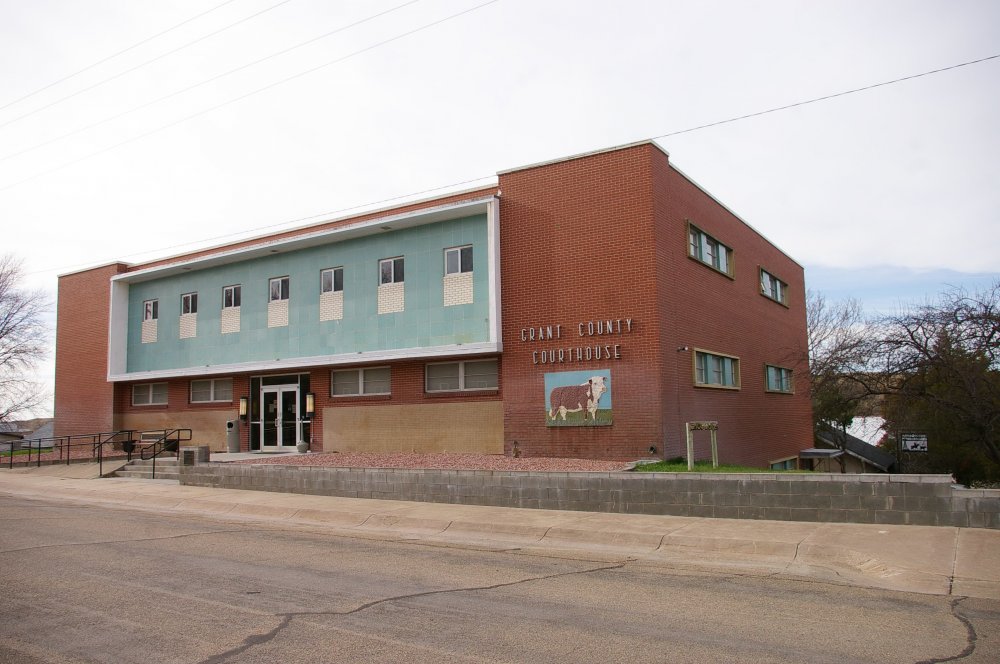 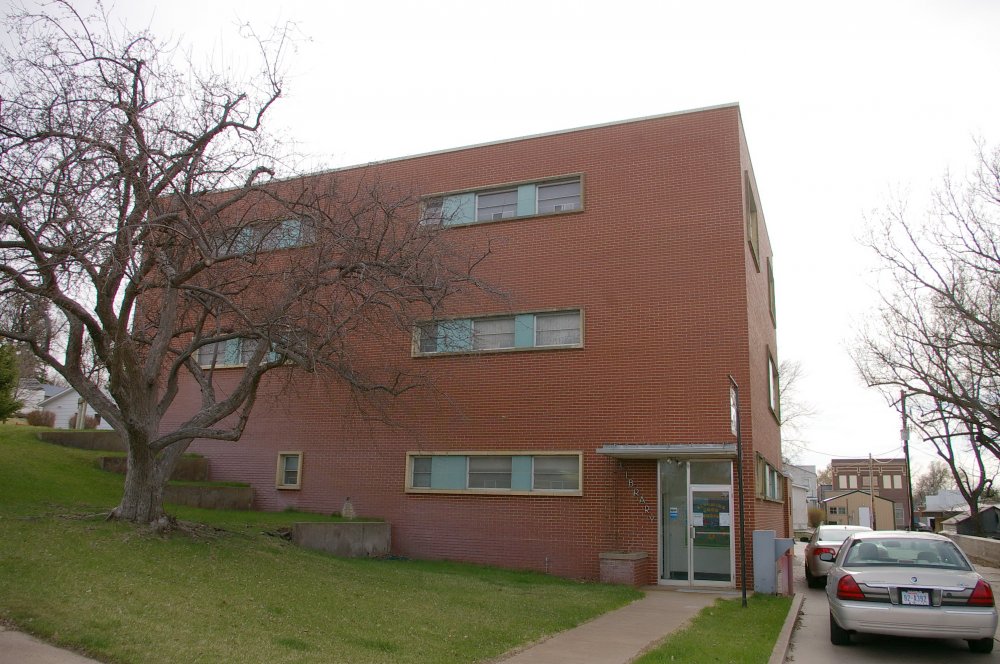 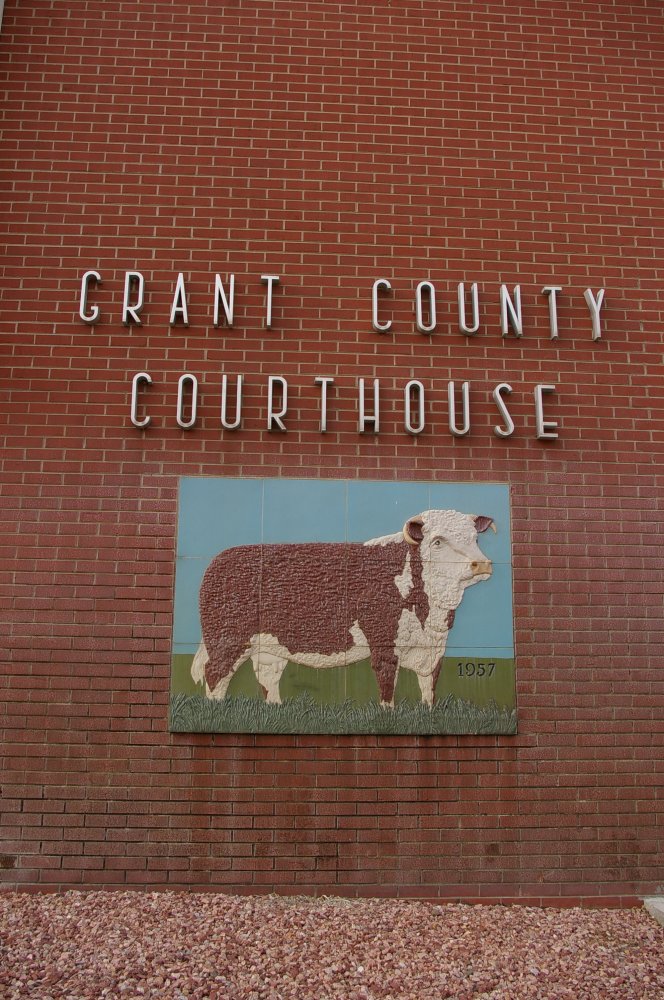 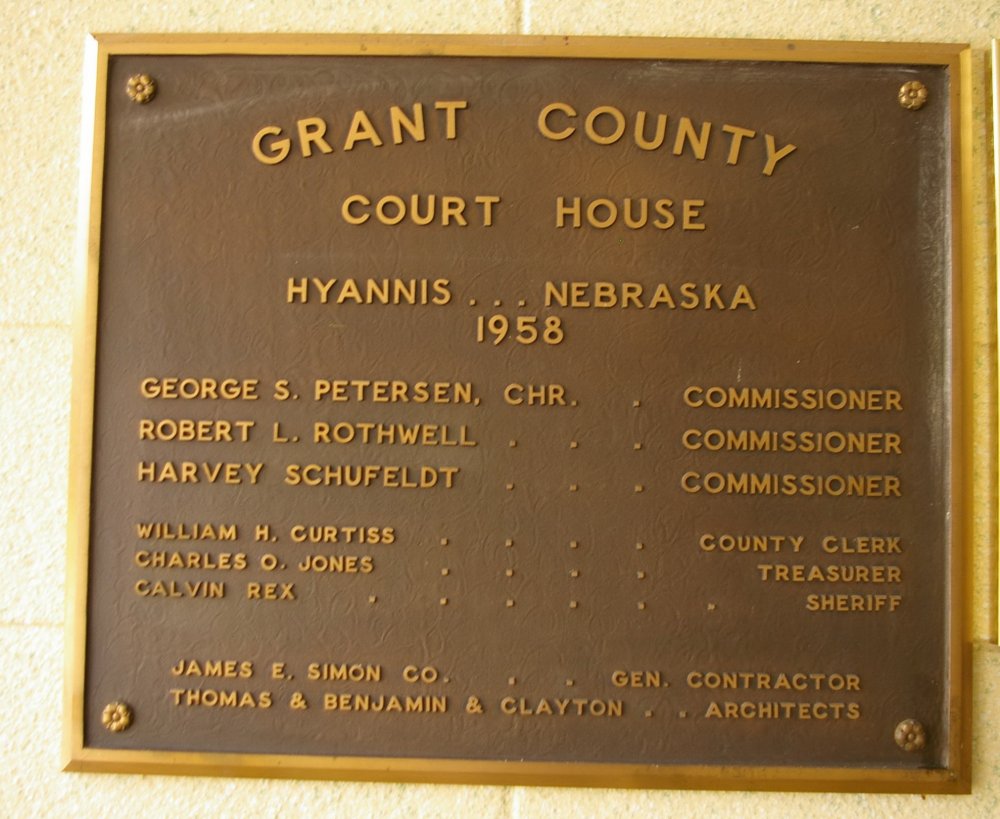