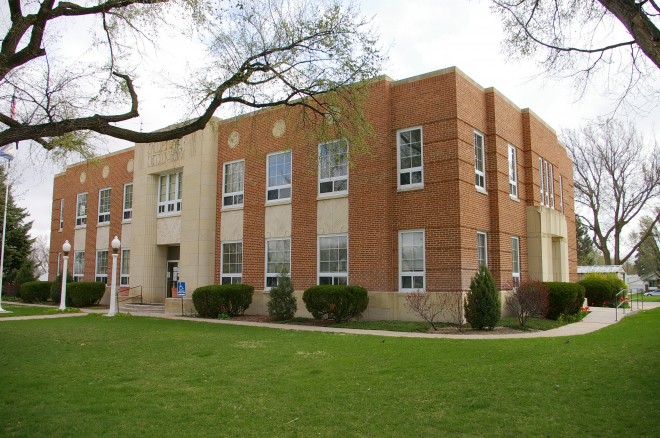 Gosper County is named for John J Gosper, who was secretary of state in Nebraska.

Description:  The building faces west and is a two story light red colored brick, limestone and concrete structure. The building is located on landscaped grounds in the center of Elwood. The rectangular shaped building has a projecting center section on the west side with concrete pavilion and recessed entrance on the first story. There are entrance pavilions on the north and south sides. There are limestone panels between the windows on the first and second stories. Above the second story windows are large decorative smooth stone disks. The roof line is flat. The district courtroom is located on the east side of the second story and has no wood bar between spectator seating and court uses, a highly unusual absence. The oak judicial furnishings are simple and have a repeated motif on wainscoting, the jury box, tables, and judge’s bench: a course consisting of a series of small triangular shapes. Six hanging light fixtures appear original. The building houses the District Court and County Court of the 11th Judicial District. 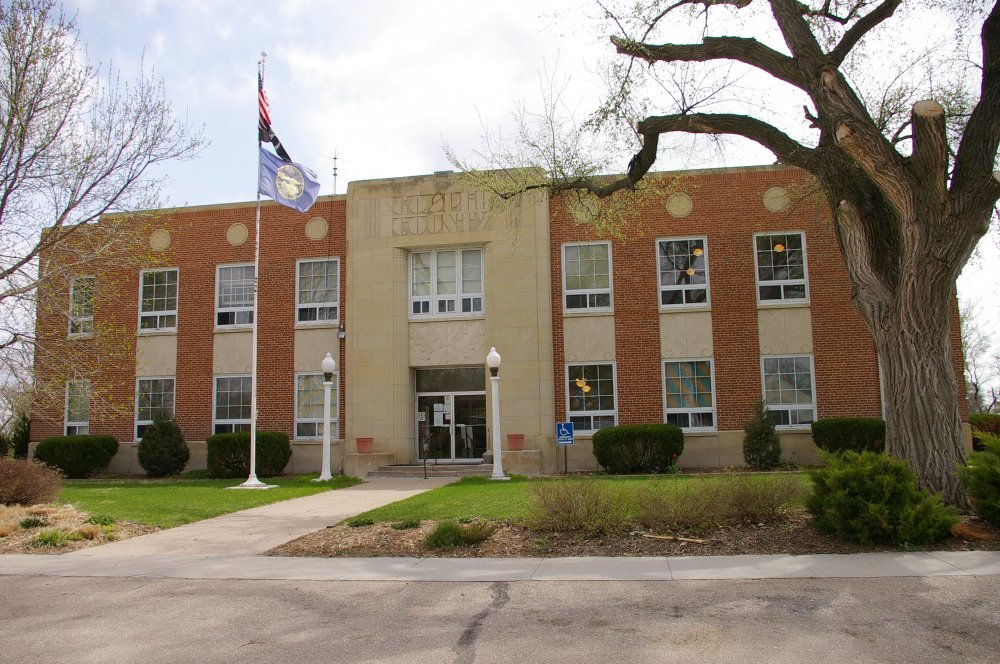 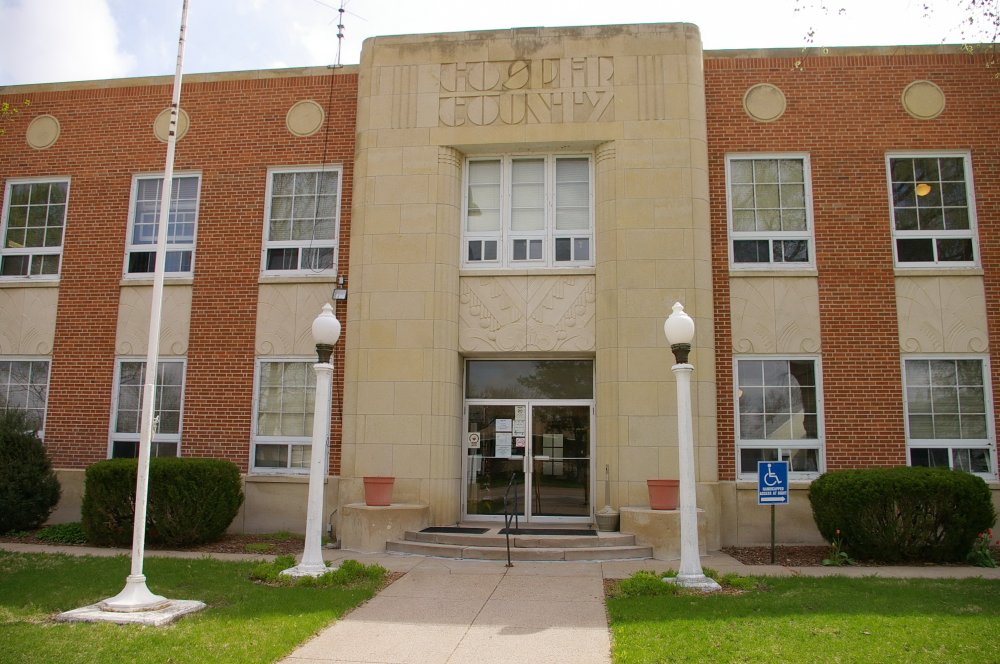 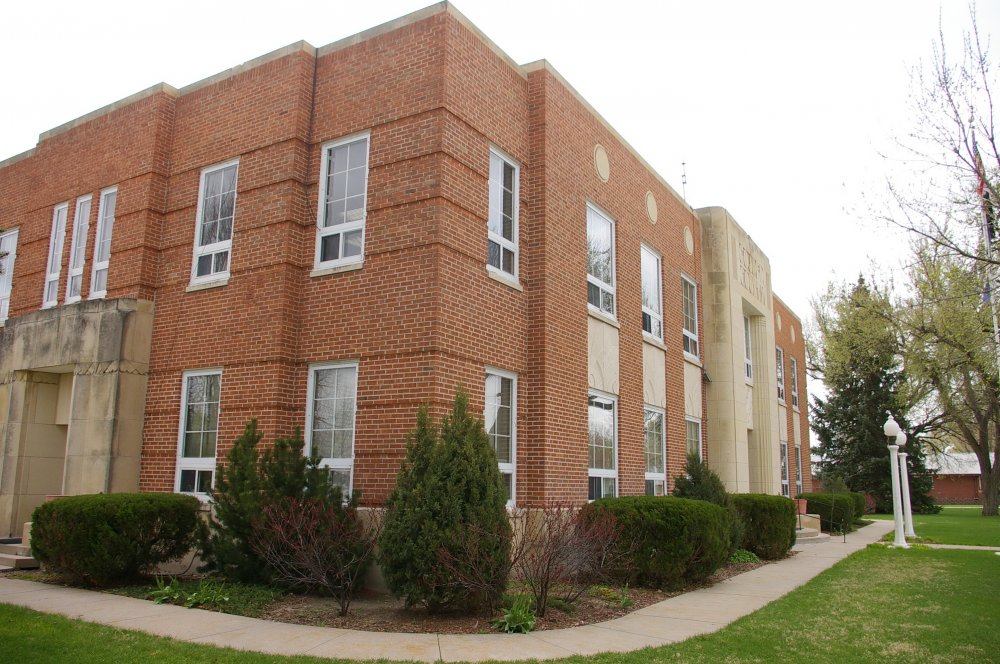 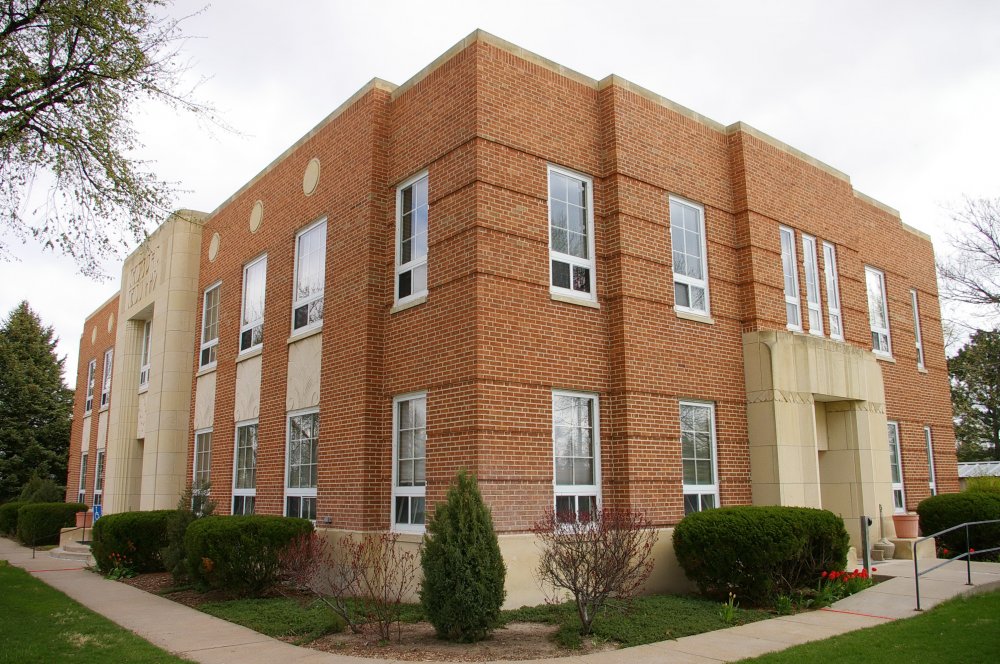 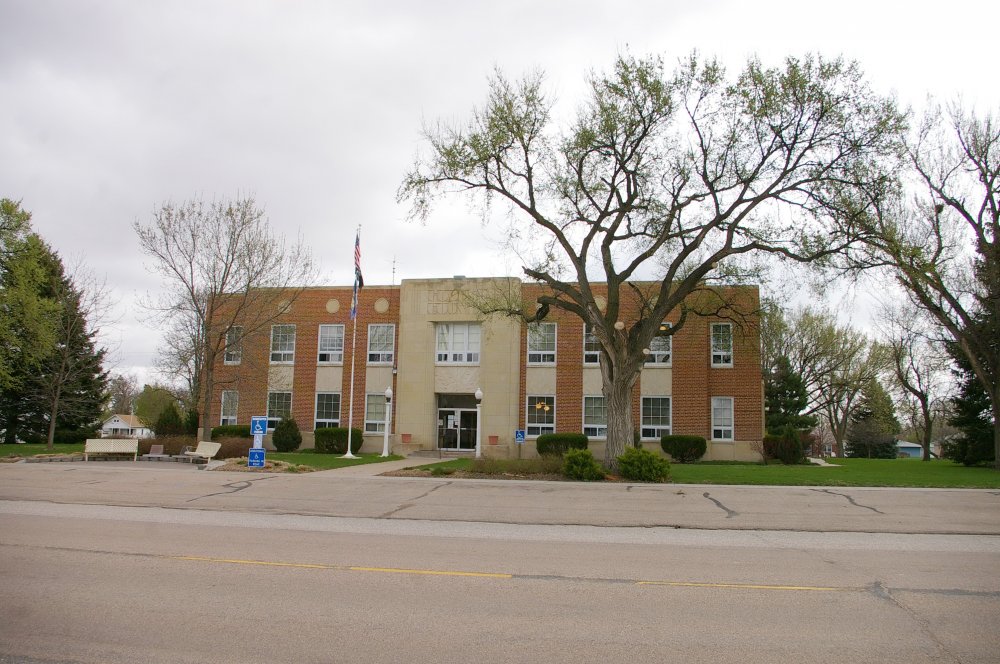 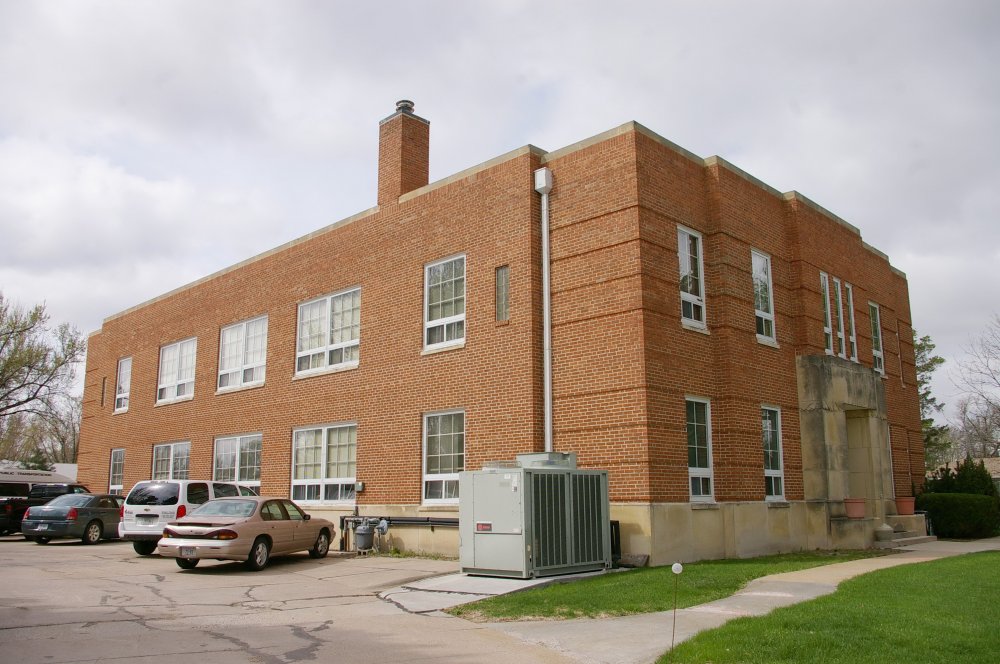 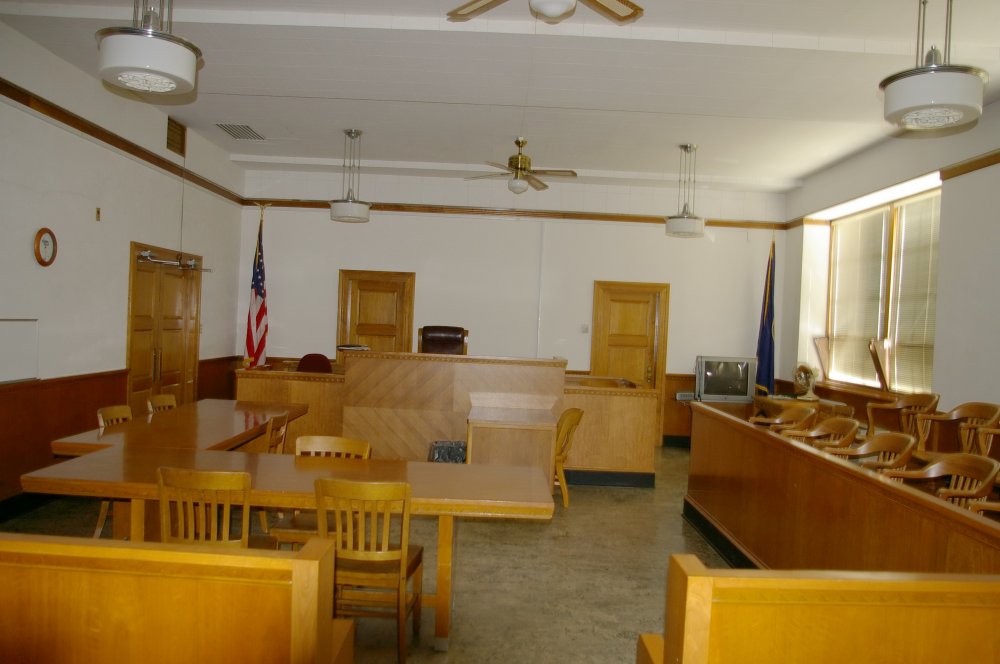 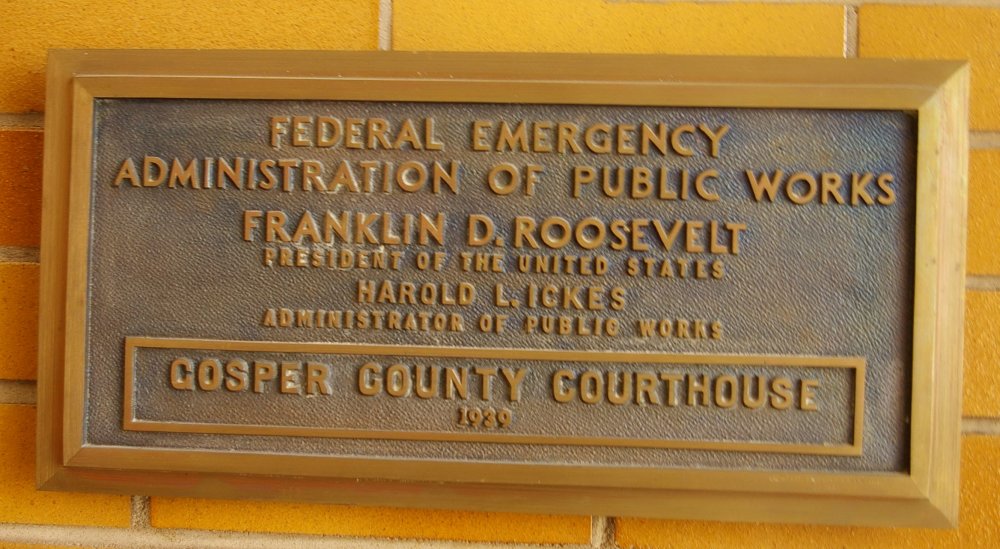 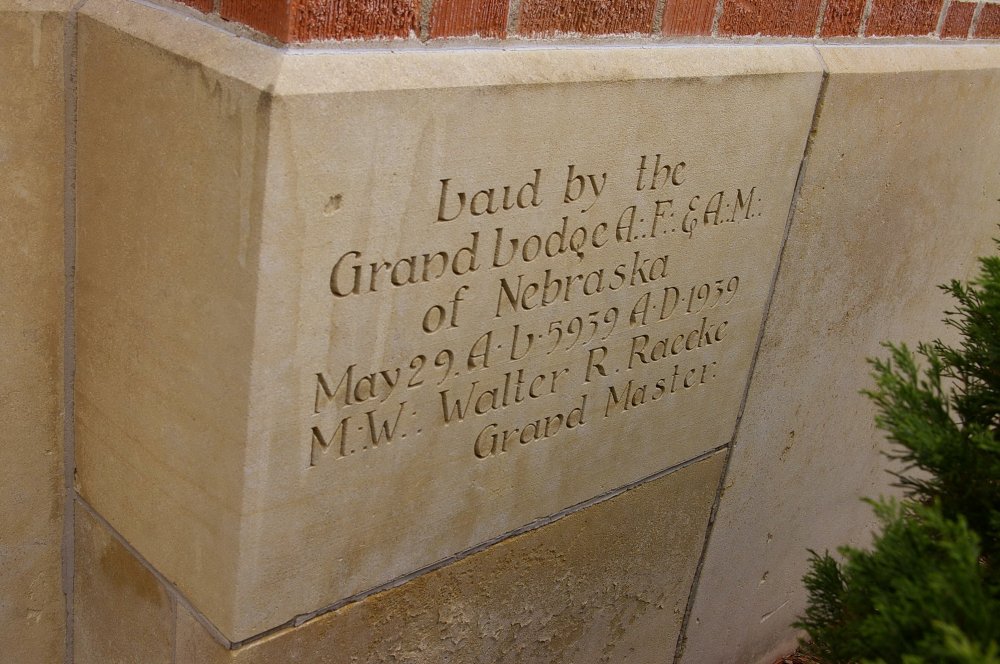 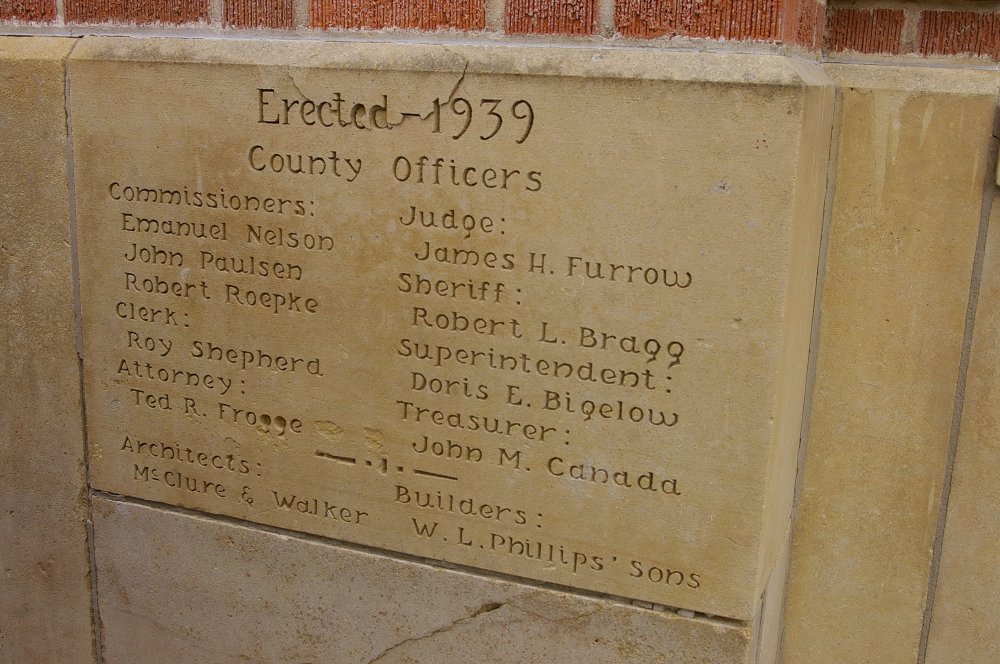