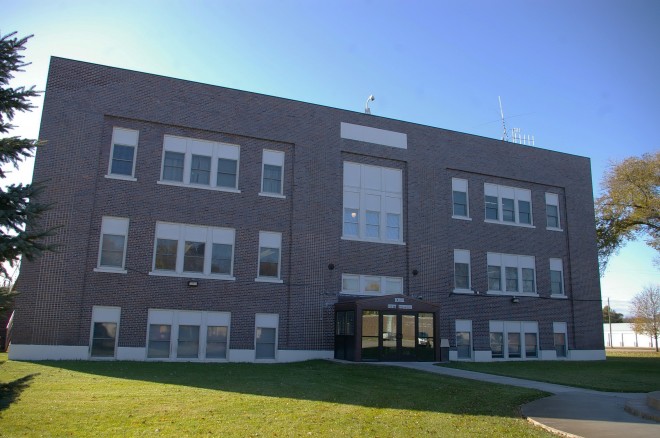 Knox County is named for Henry Knox, who was the first United States Secretary of War.

Architect:   E B Watson of Norfolk

Description:  The building faces east and is a two story dark brown-red colored brick and concrete structure. The rectangular shaped building is located on landscaped grounds in the center of Center. The east front has a central entrance with glassed porch on the first story. On the second story is a large window. The base of the building is concrete. The roof line is flat. The interior has a T-shape floorplan, with steps up from the entry vestibule occupying the stub of the “T”. The courtroom is located on the west side of the second story and the furnishings are excellent golden oak Art Deco woodwork with grooved vertical detail. Spectator seating, the bar, jury box, judge’s bench, attorneys table, even the court stenographer’s desk, all match. Especially notable is the judge’s bench. Behind it is a gabled and stepped wood screen with long vertical grooves and carved rosettes. Courses consisting of a small vertical pattern adorn the desk, a motif repeated on other judicial furnishings in the room. The building houses the County District Court and County Court of the 7th Judicial District. In 2013 to 2014 a Courthouse Annex was constructed. The architect was Mannes Architects of Yankton, South Dakota and the contractor was RaDec Construction Company Inc. of Hartington.

Note:  County prisoners made 130,000 “cement bricks” to which the face brick was applied. The county provided a construction supervisor, and it does not appear that a general contractor was used. E P Ekman of Wausa made the widows and Oliver Prosser was the mason in charge of laying the bricks.

See:  The architect, E B Watson of Norfolk also designed the courthouse in  Rock County. 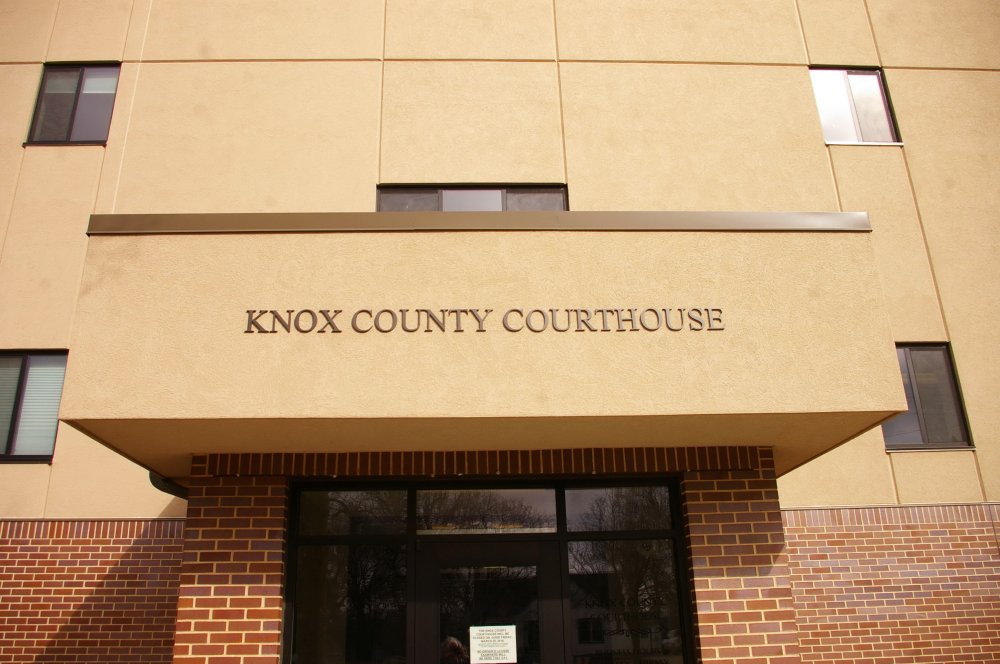 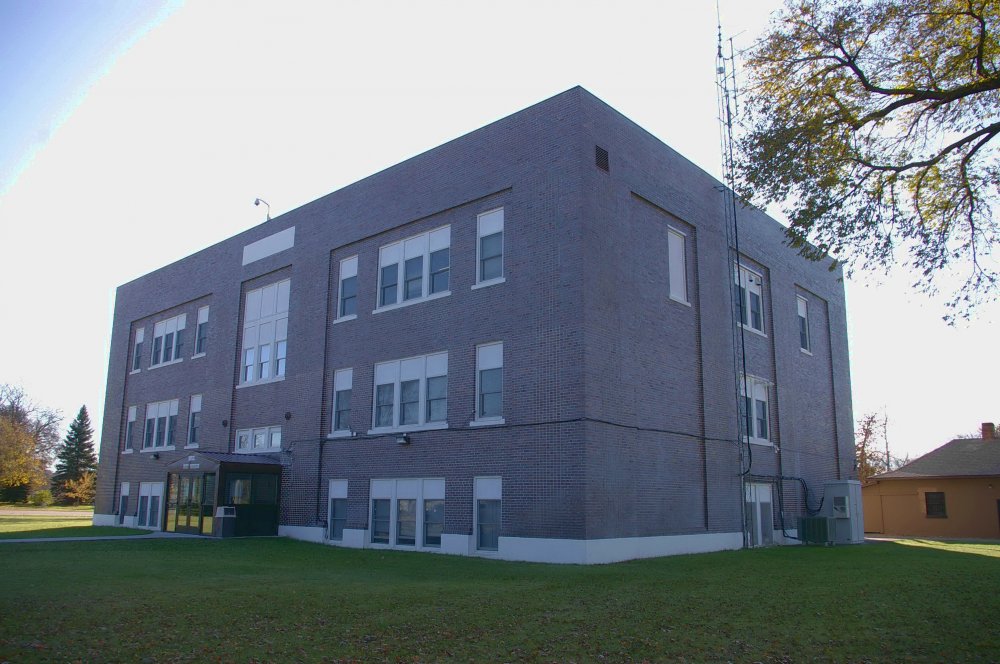 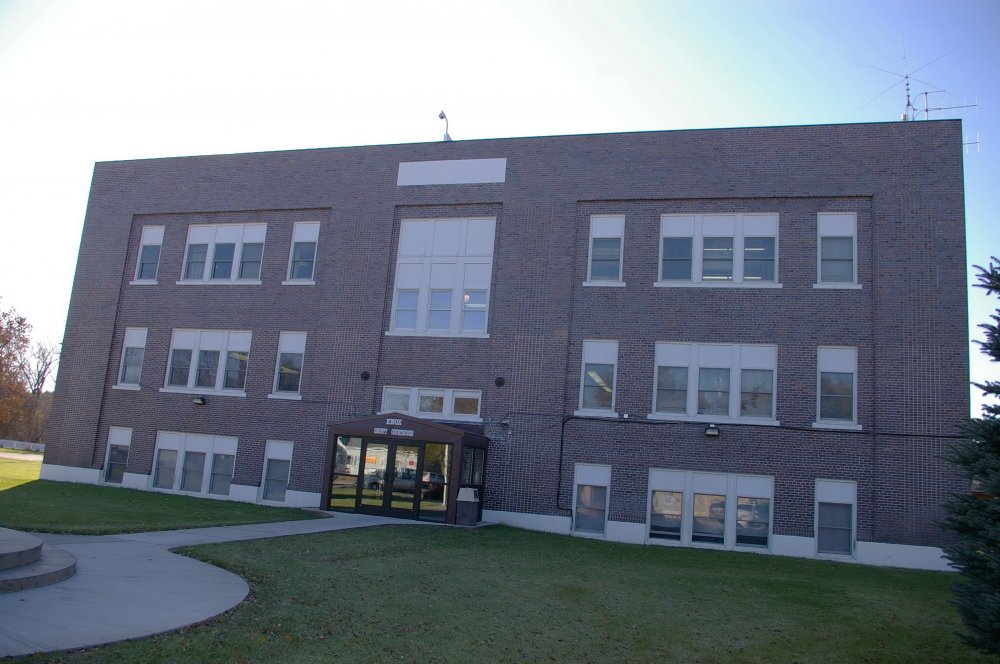 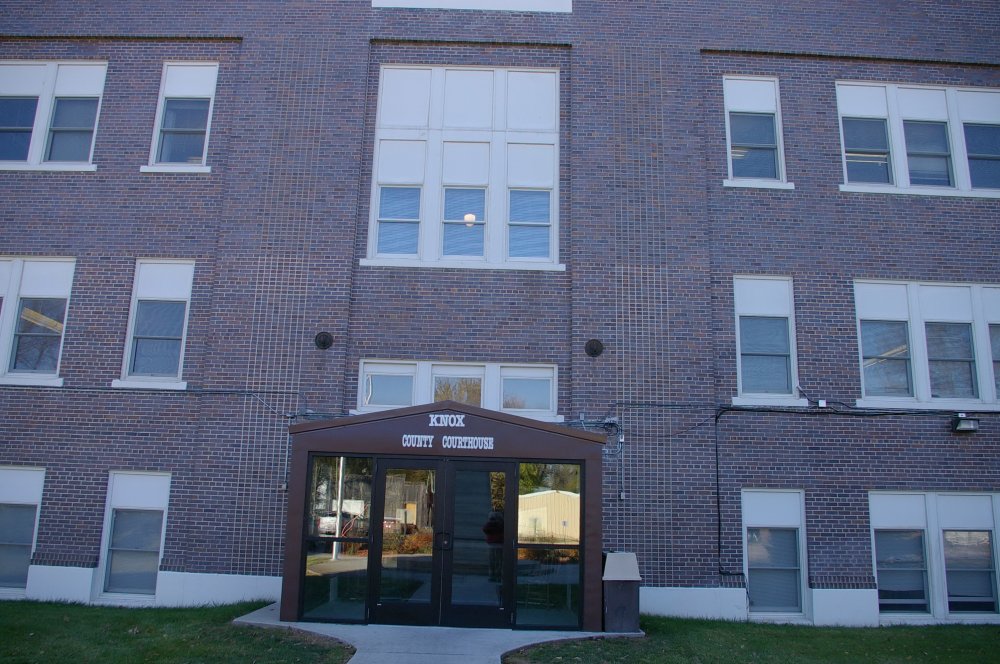 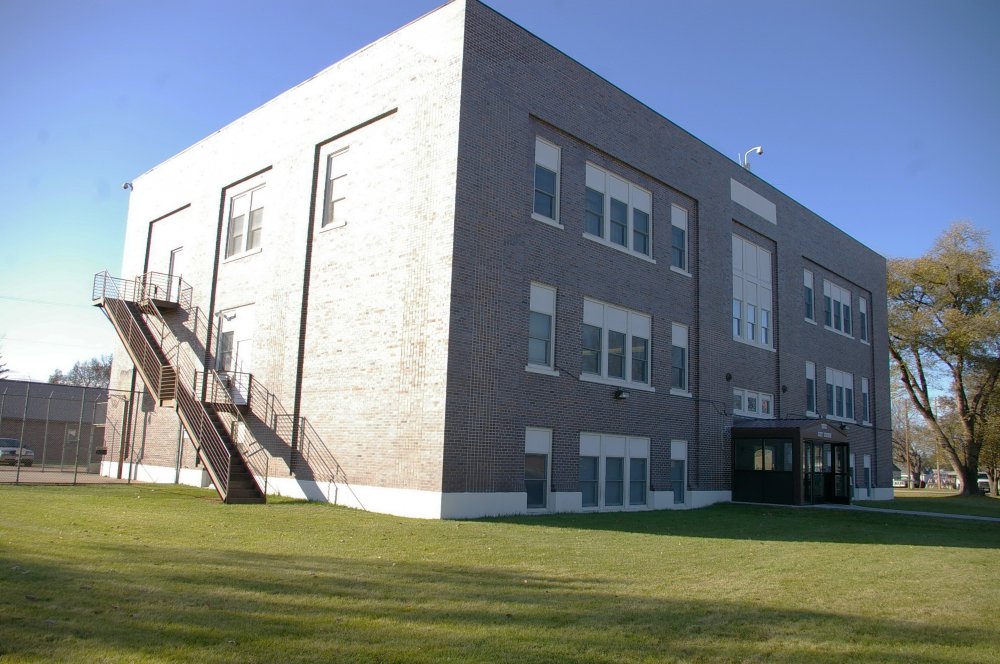 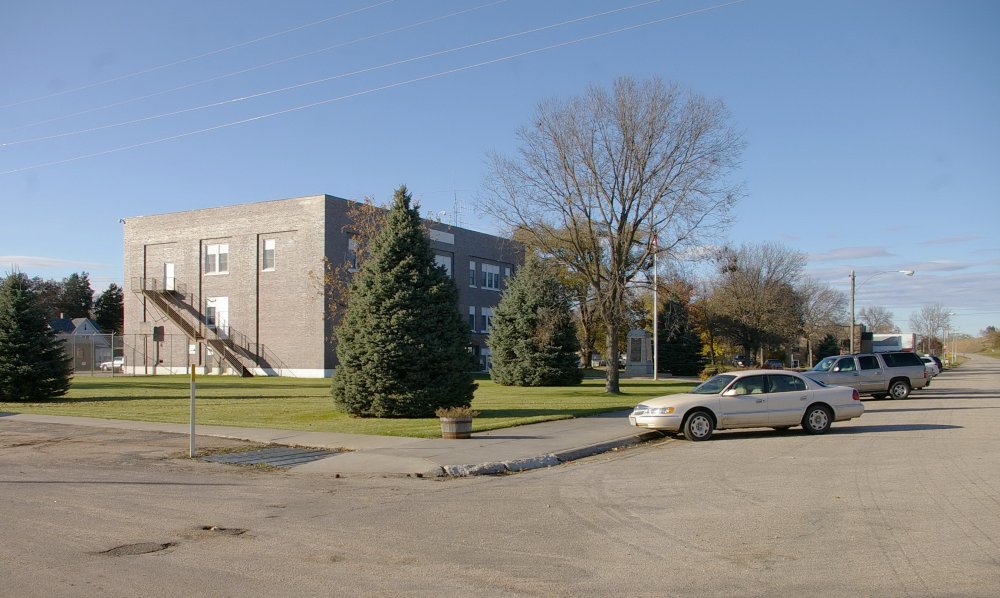 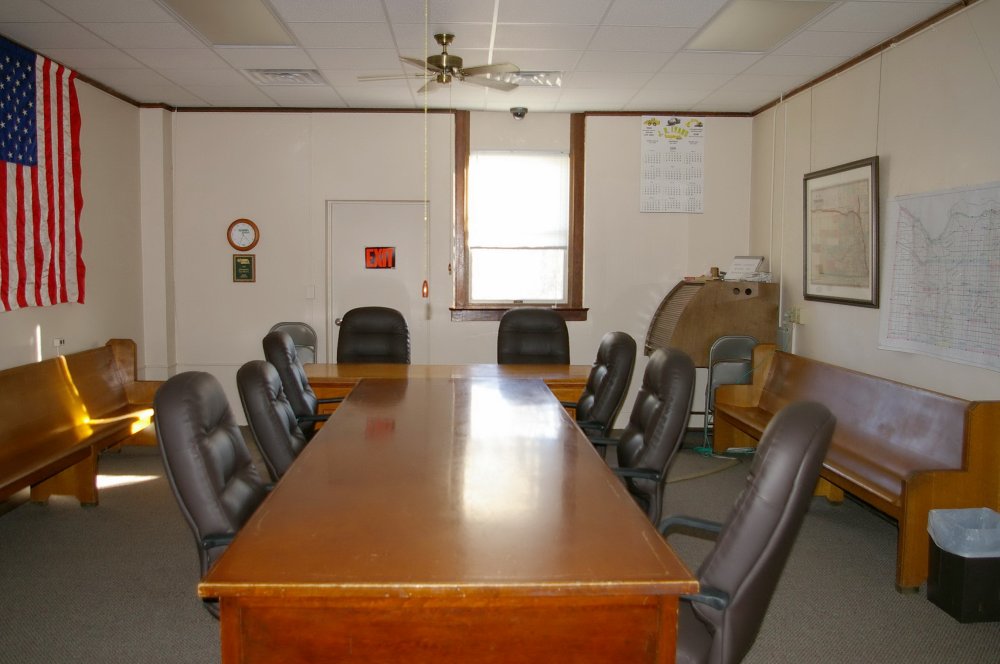 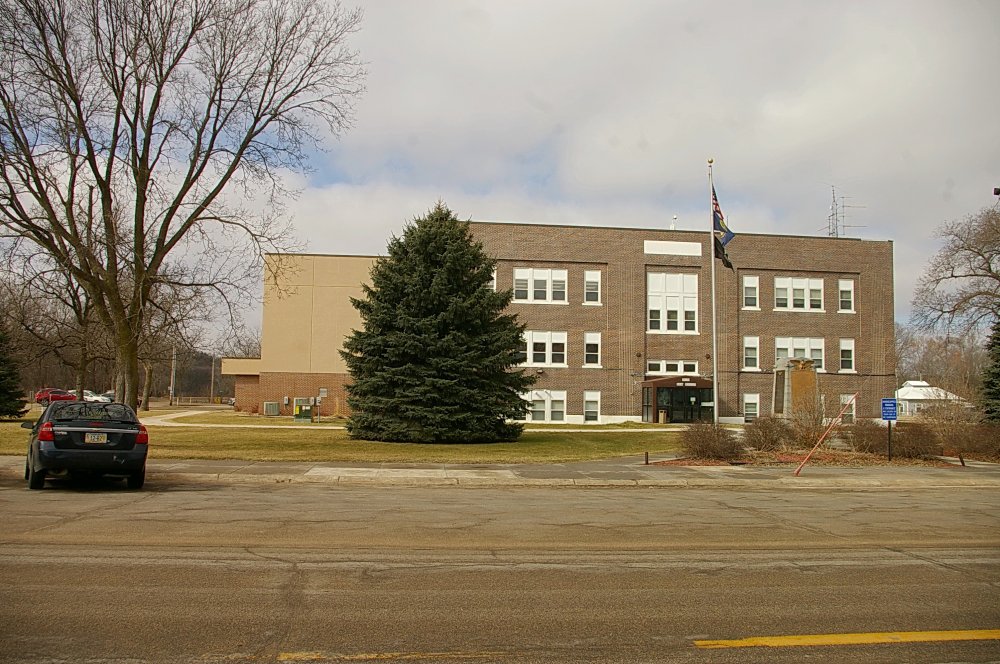