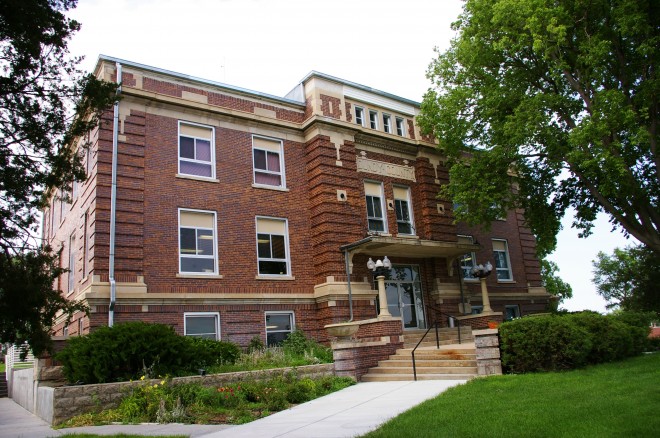 Dundy County is named for Judge Elmer S Dundy ( 1830-1896 ) of the United States circuit court and a former resident of Falls City, Nebraska.

Description:  The building faces south and is a two story dark red colored brick, limestone and concrete structure. The building is located on landscaped grounds of the Courthouse Square in the center of Benkelman. The south front has stone steps rising to the entrance. The central south section of the rectangular shaped building projects from the main building and has a canopy over the first story entrance and small windows on the third story section which rises above the hipped line. The geometric shapes, poured concrete entry canopies (suspended by three heavy wrought iron chains on the south facade), brick soldier courses, and decorative urns all reflect stylistic influences from late 19th and early 20th century American movements. In the interior, directly across from the entry foyer are short steps up to the first story and down to the ground story. On the first story is a rather small hallway that is aligned north-to-south. Interior elements are spare but not lacking in dignity. Notable are the golden oak woodwork throughout, white hexagonal floor tile with a three color border pattern, simple metal balusters and newels, and simple hanging globes in the corridors. On the second story the district courtroom occupies most of the east half of the building. The paneled bar, jury box, judge’s bench, and chair rails in the district courtroom are also golden oak and simply designed. The building houses the District Court and County Court of the 11th Judicial District.

Note:  Lincoln Land Company, donated the present courthouse square to assist Benkelman in its bid to be the county seat. The company recognized that town lots were more valuable in a county seat than in a former county seat.

See:  The architect, A T Simmons of Bloomington, Illinois, also designed the courthouse in Chase County. 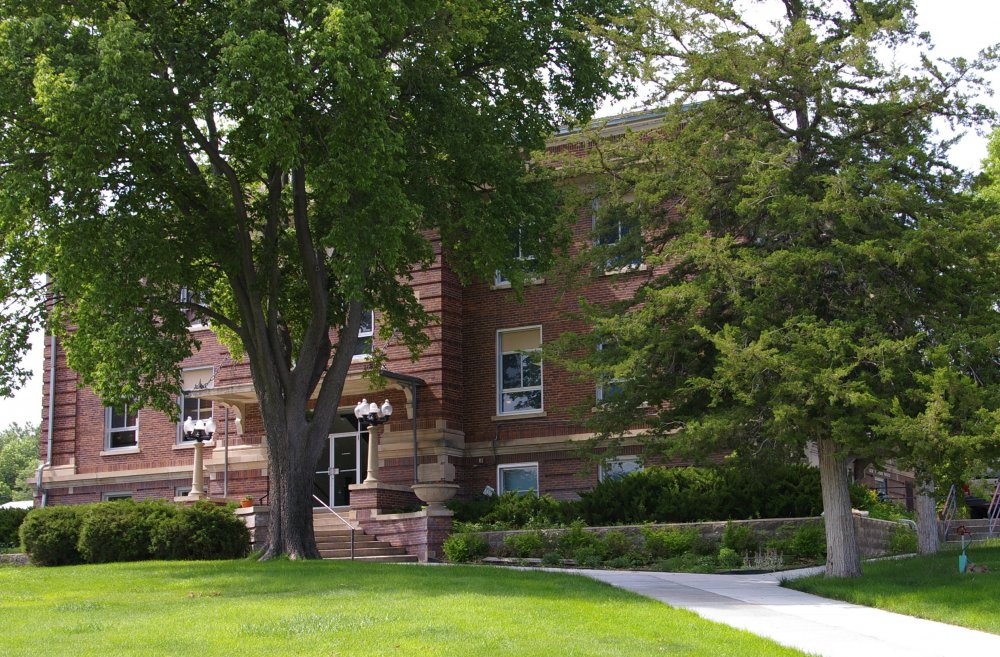 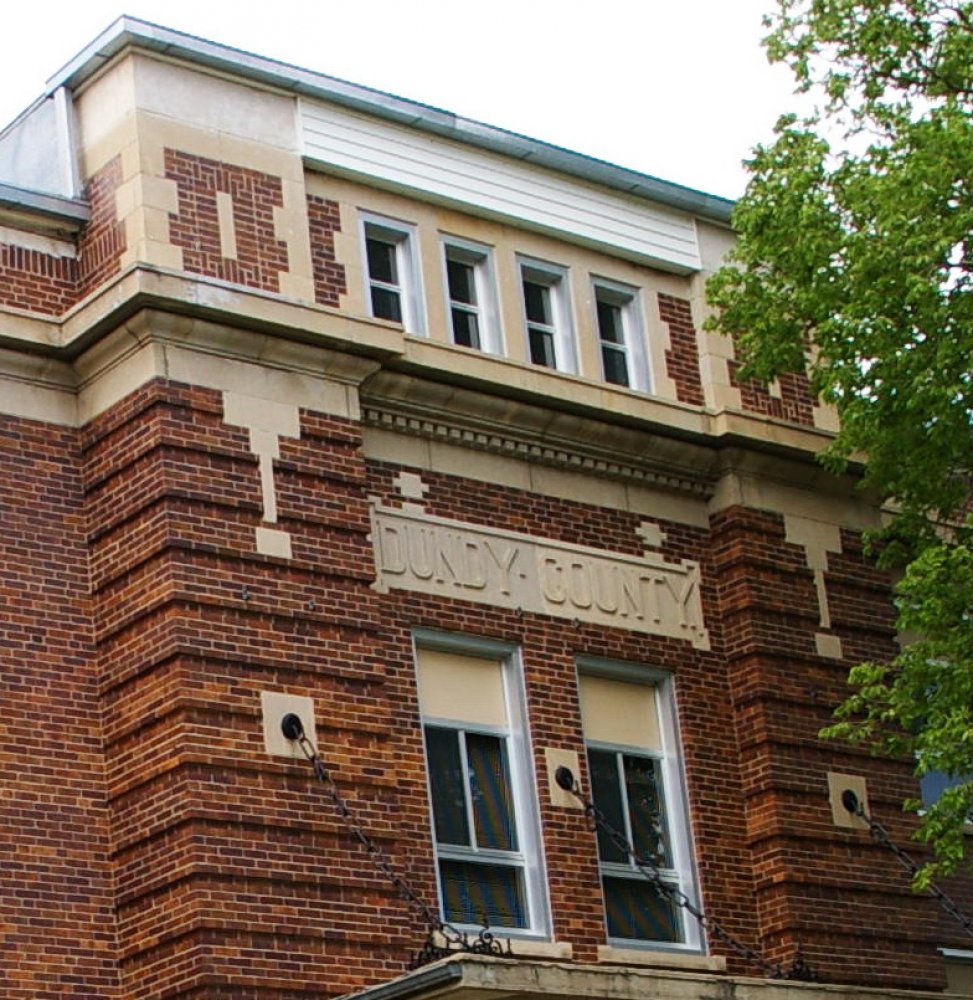 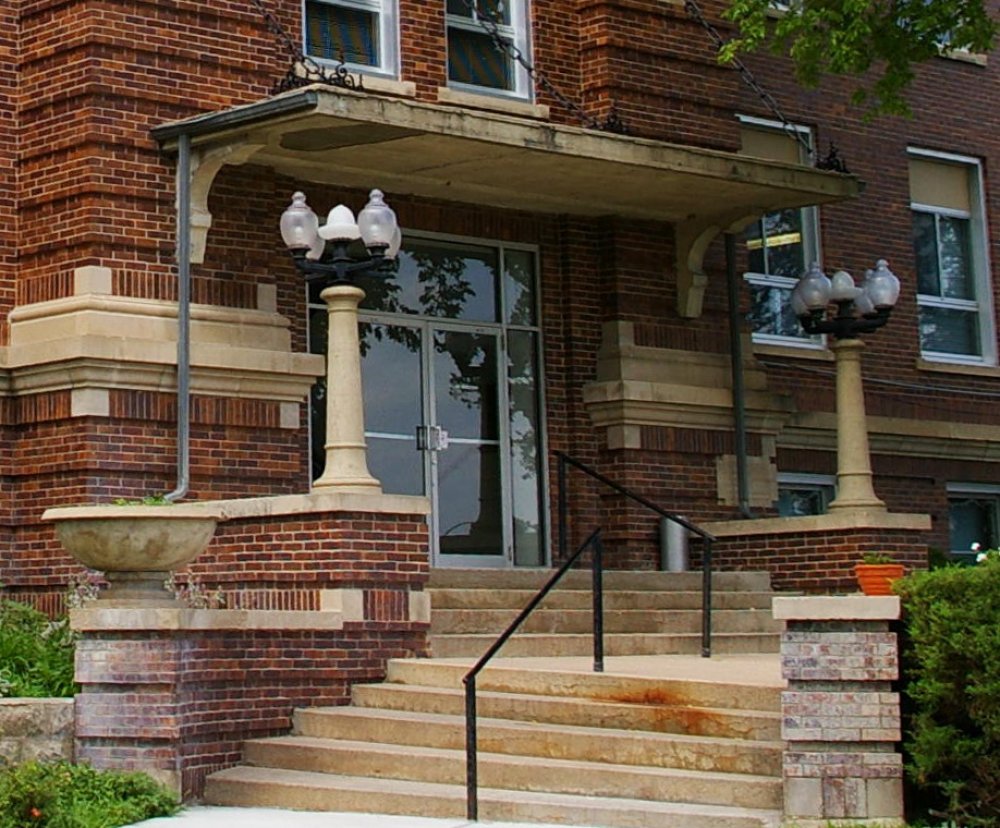 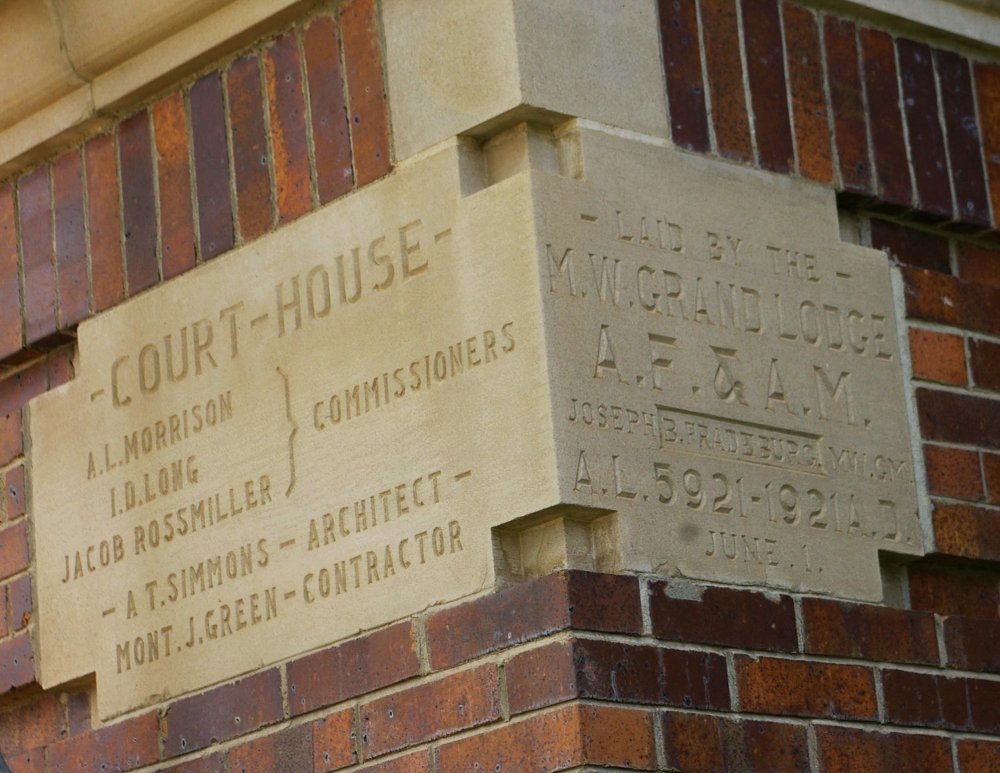