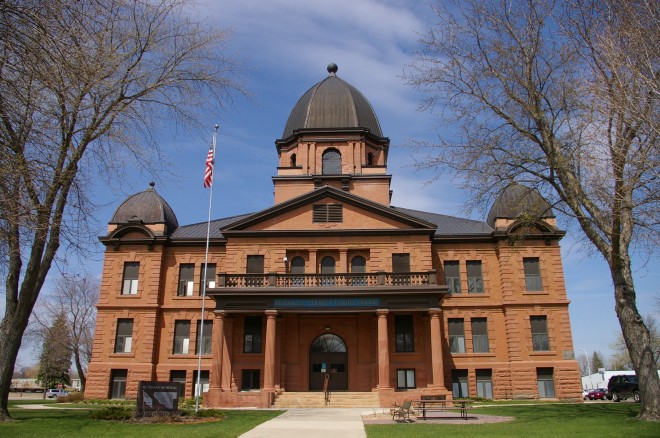 Renville County is named for Joseph Renville, an early settler in Minnesota, who served with the British in the War of 1812 leading a company of Dakota warriors against the United States forces later serving as an interpreter, trader and source of information about Dakota.

Description:  The building faces south and  is a two story red colored stone, brick and concrete structure. The building is located on landscaped grounds in the center of Olivia. The corner towers of red colored brick are trimmed with yellow colored stone that appears in quoins, belt coursed, and window surrounds, as well as the central portico and solid rusticated high basement. The blue-green copper segmented domes over the corner pavilions and the central tower suggest. However, the centre pavilion with its balustraded porch, fluted columns and classic oculus-pierced pediments is in the Georgian style. In the interior is a rotunda beneath the dome. The rotunda has a dome-like vault rising from an embellished entablature with swan’s neck pediments, and is topped by an octagonal stained glass occulus. The courtrooms are located on the second story. In 1933, the building was repaired and redecorated. 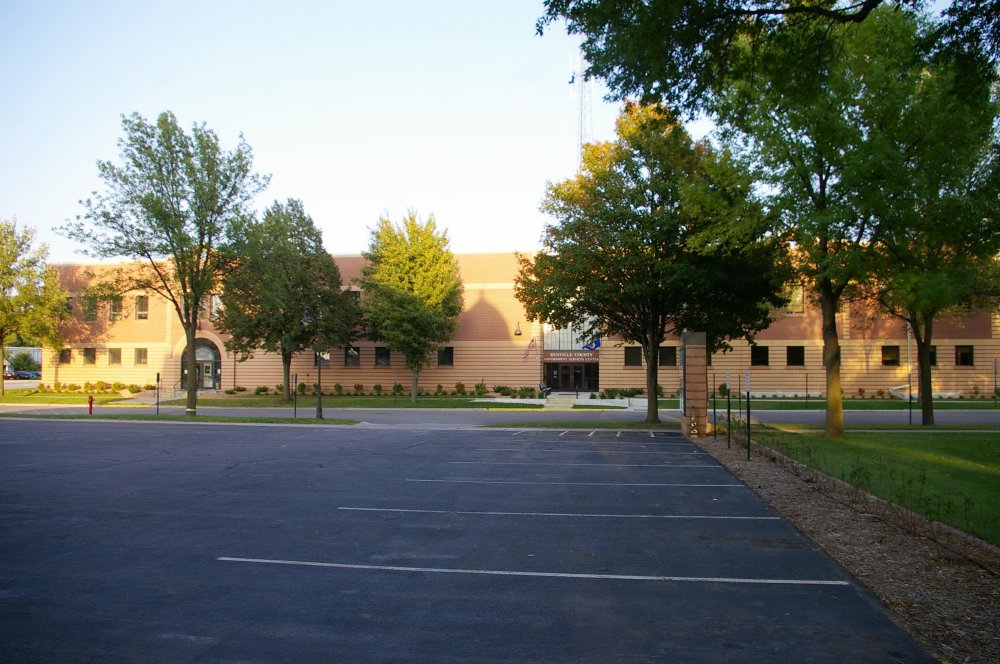 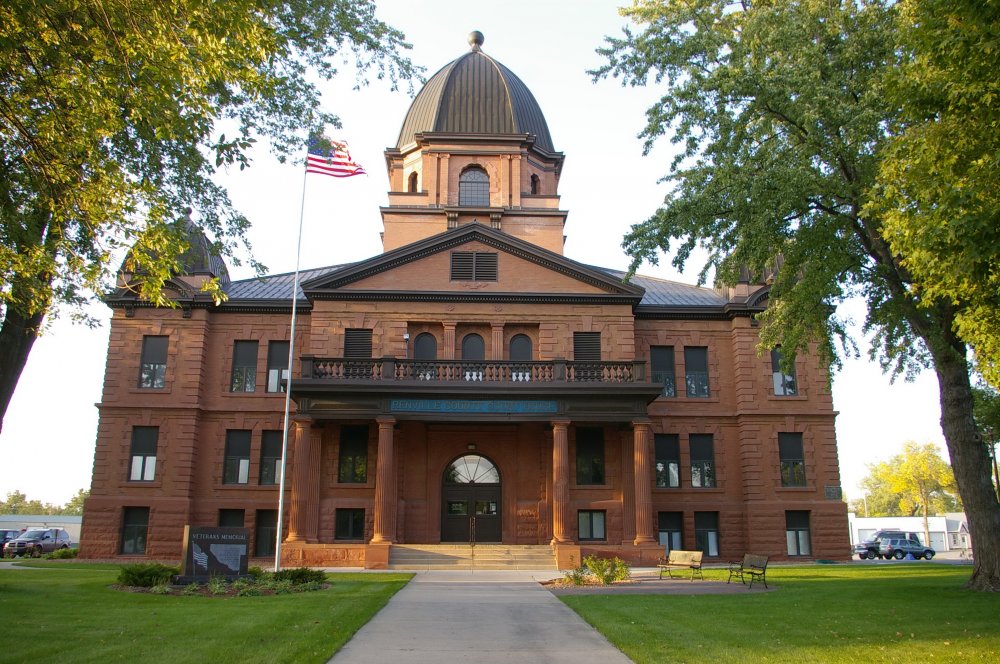 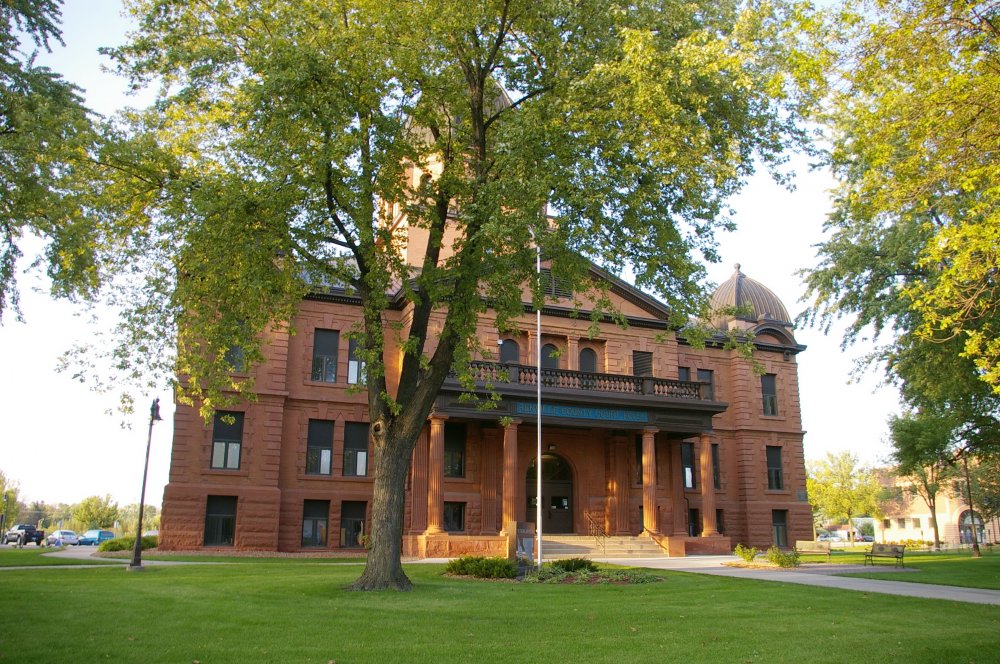 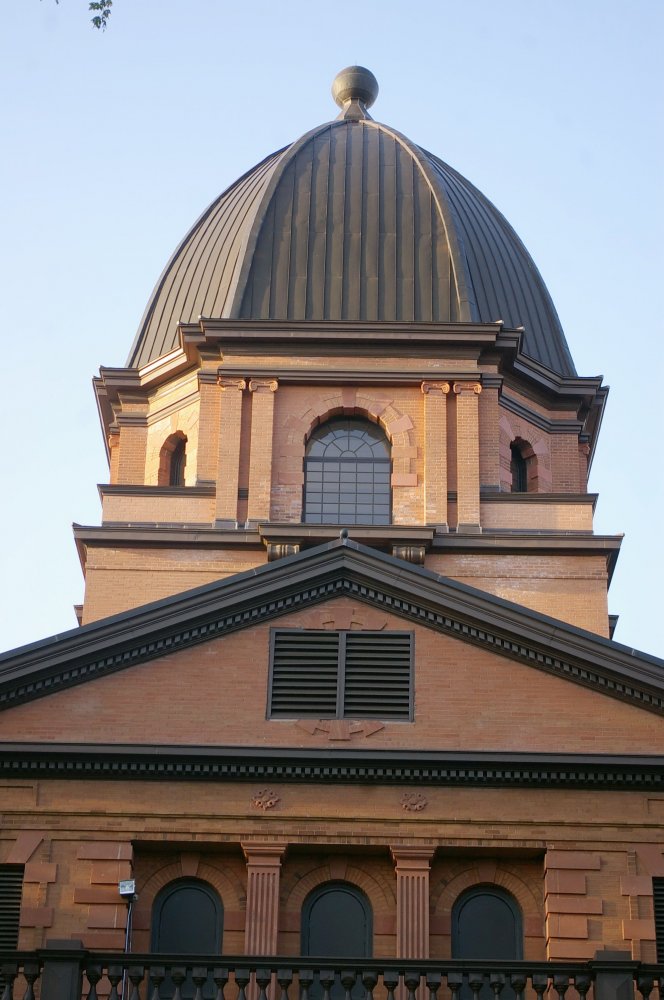 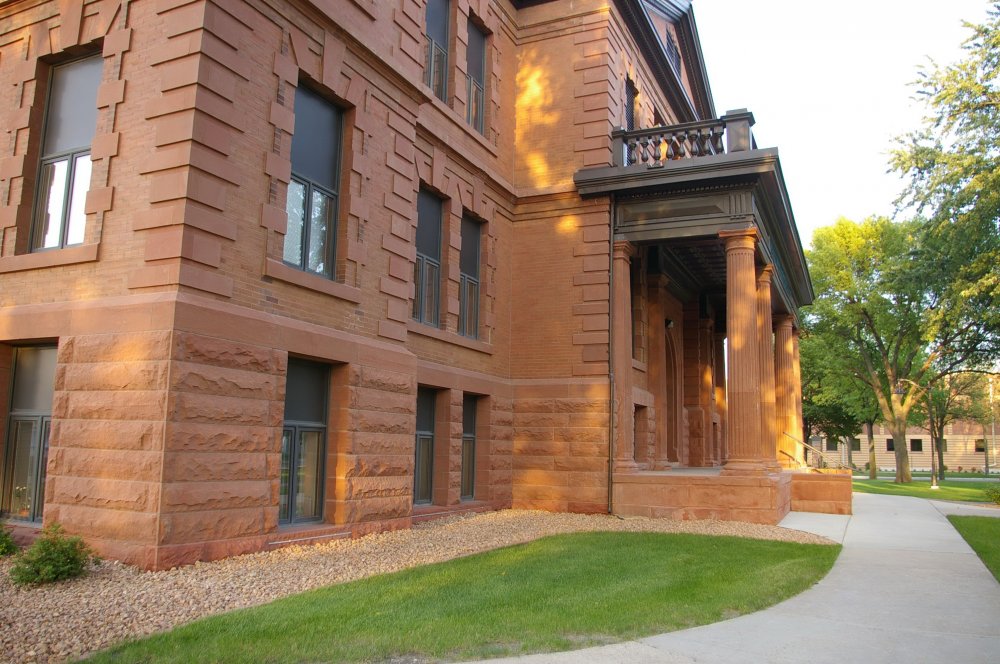 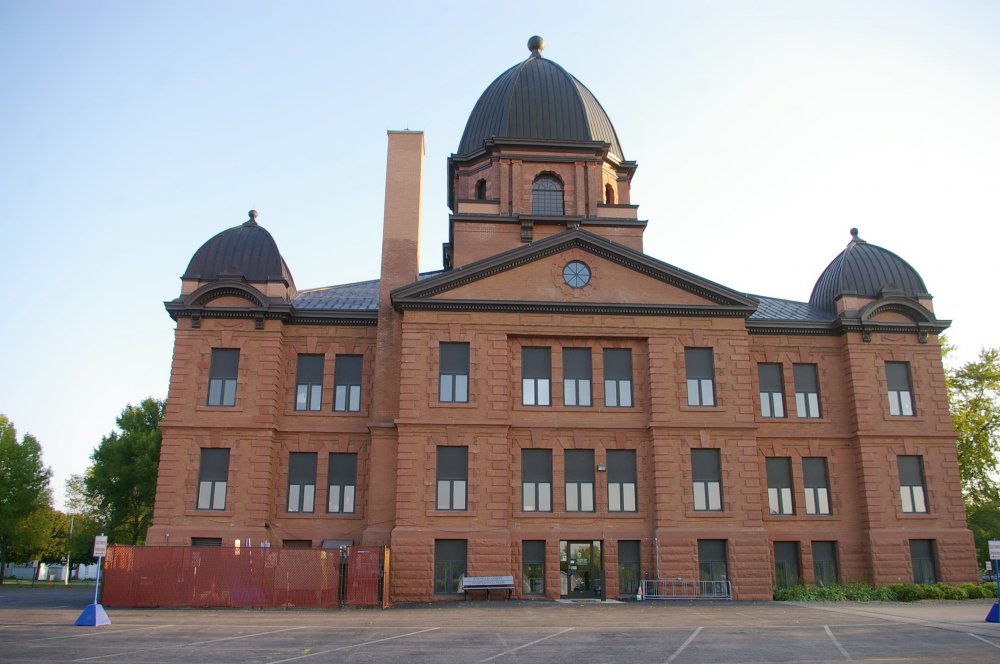 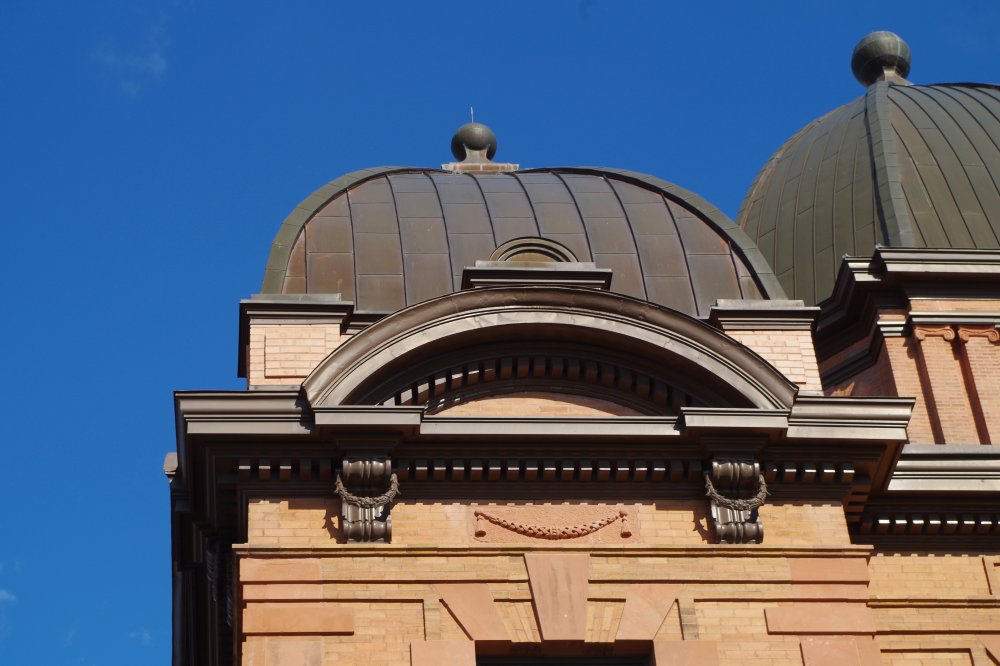 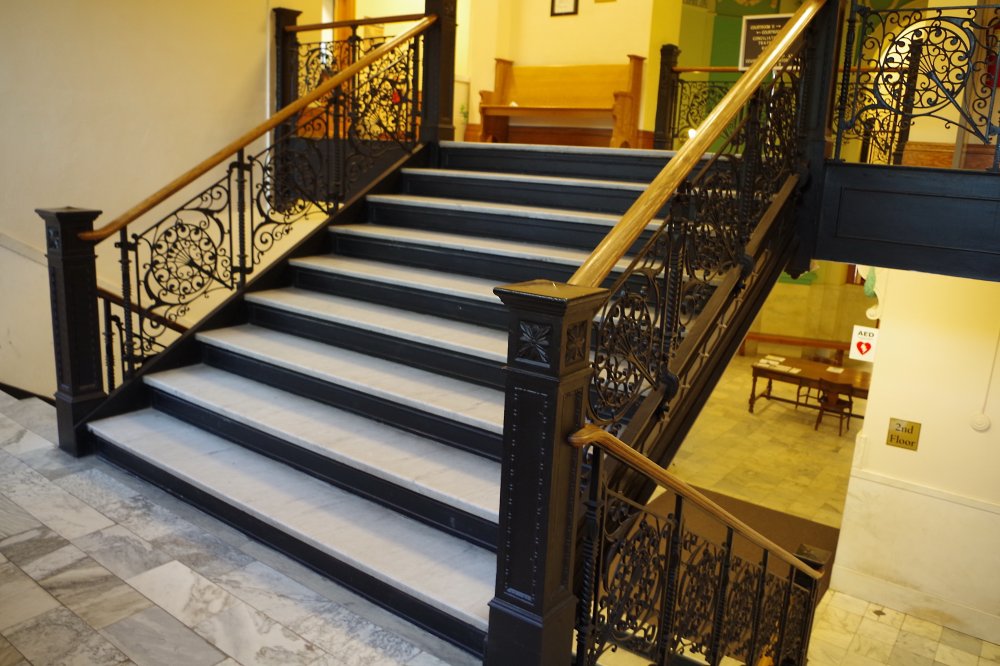 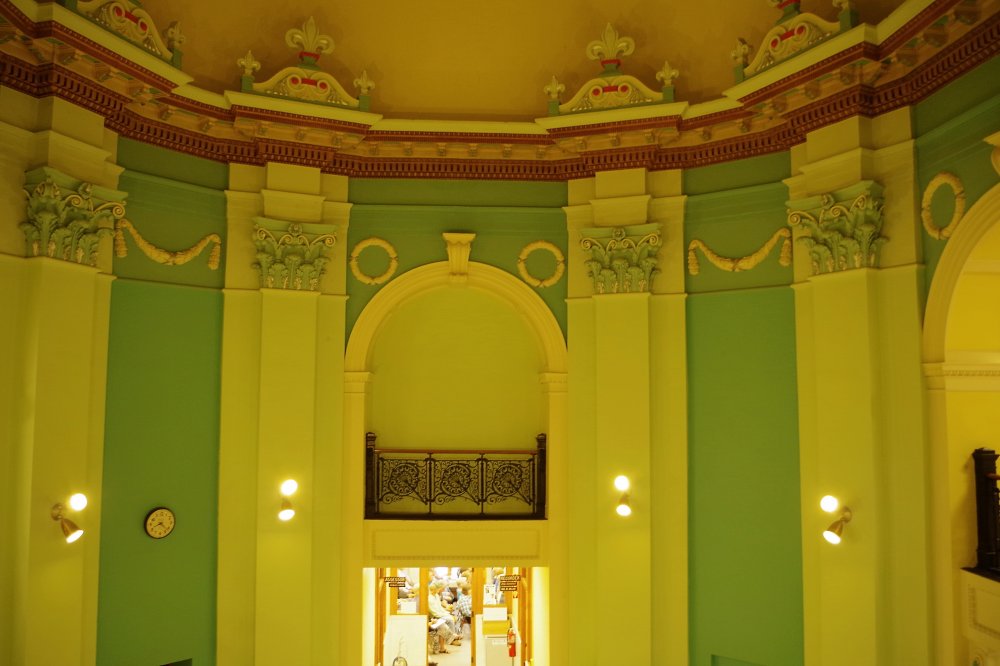 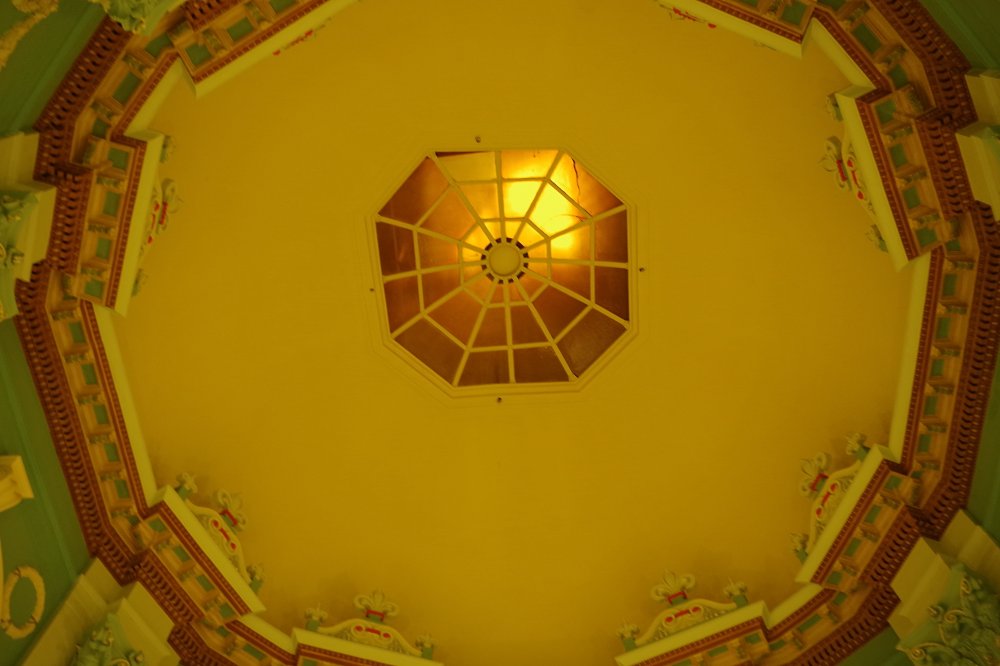 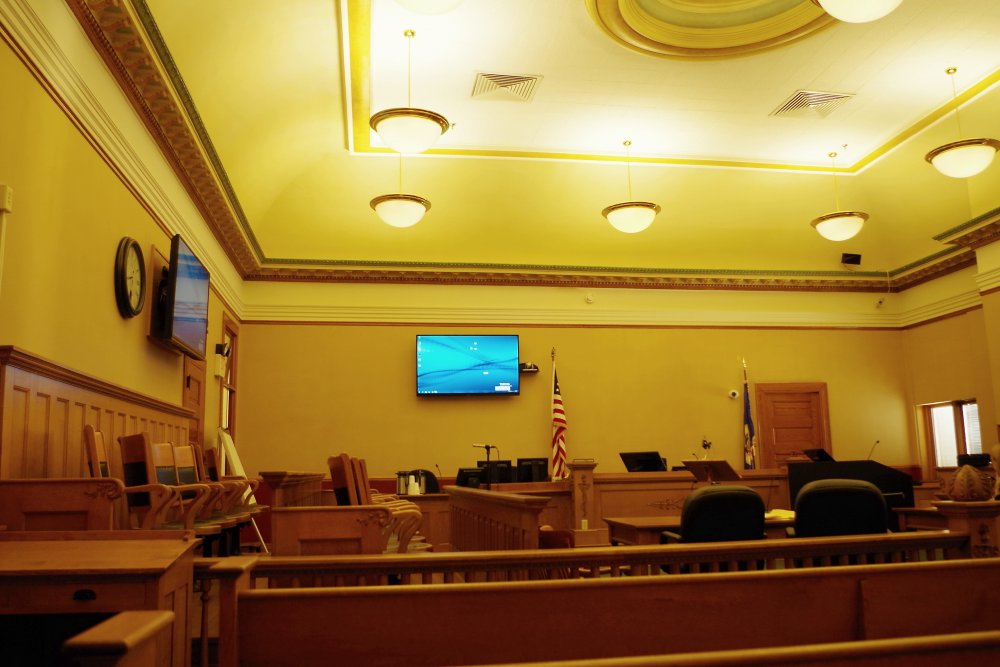 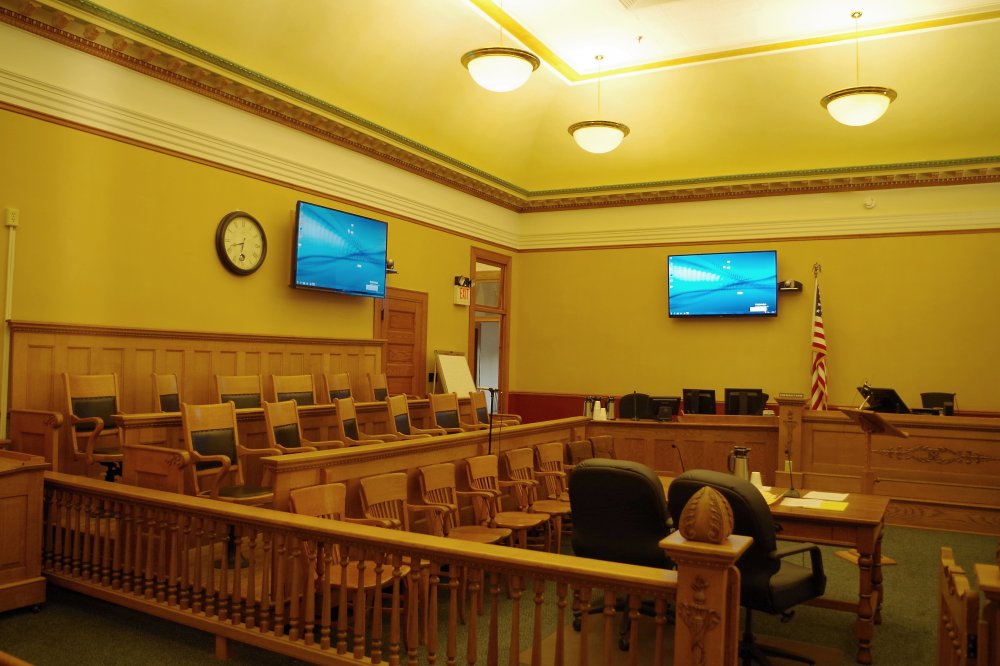 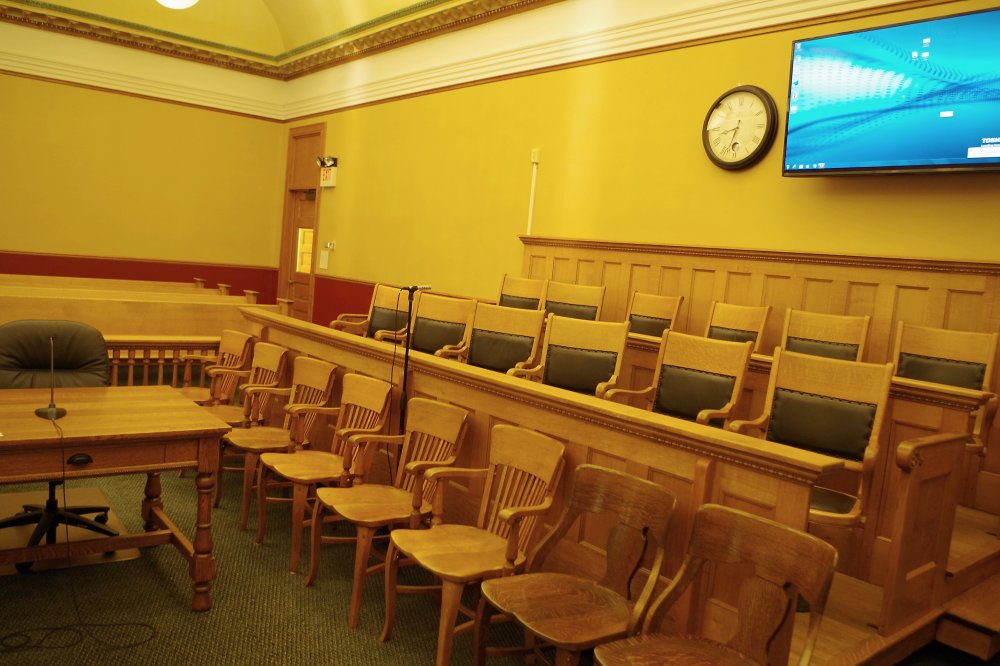 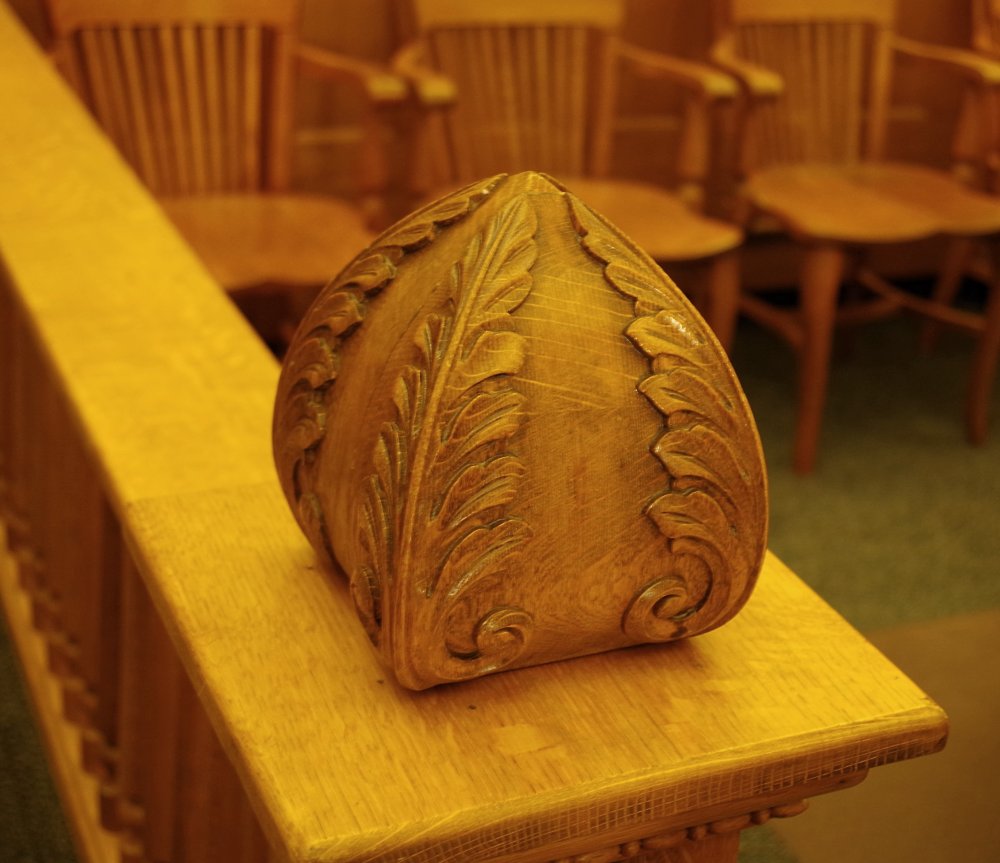 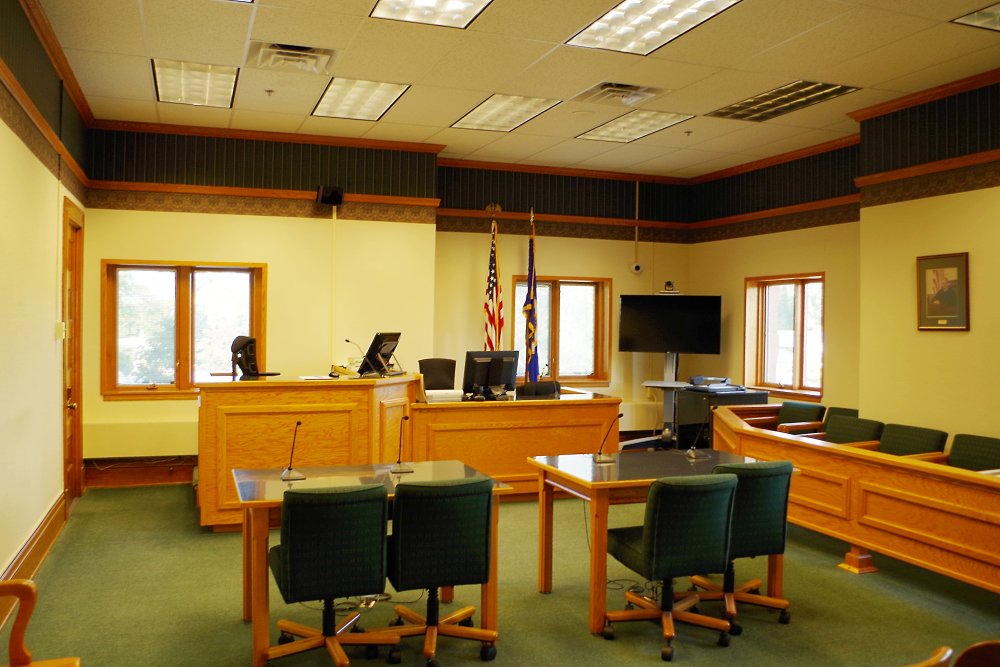