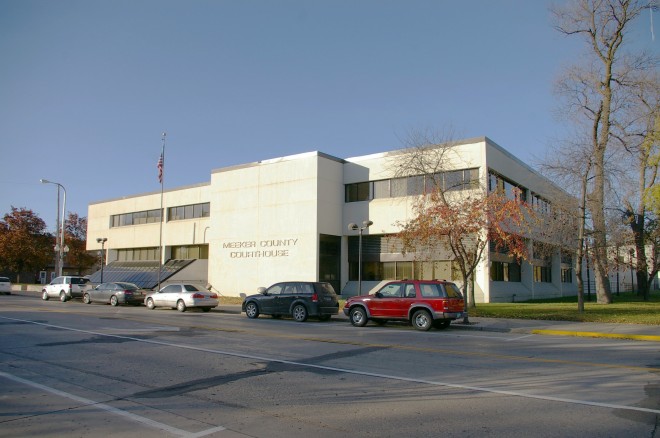 Meeker County is named for Bradley B Meeker, who was an Associate Justice of the Minnesota Territorial Supreme Court.

Description:  The building faces east and is a three story white colored stucco and concrete structure. The building is located on landscaped grounds in the center of Litchfield. There are windows in two deep cut horizontal bands. Glass aprons the ground level, slanting diagonally into the plane of the building. Natural light is also a feature of the other three levels, which open into a central atrium beneath a large segmented skylight. The courtroom is located on the fifth level. A one story addition was added to the rear of the building in 2001 to 2002. The architect was Engan Associates of Willmar and the contractor was Spectra Building Group of Monticello. 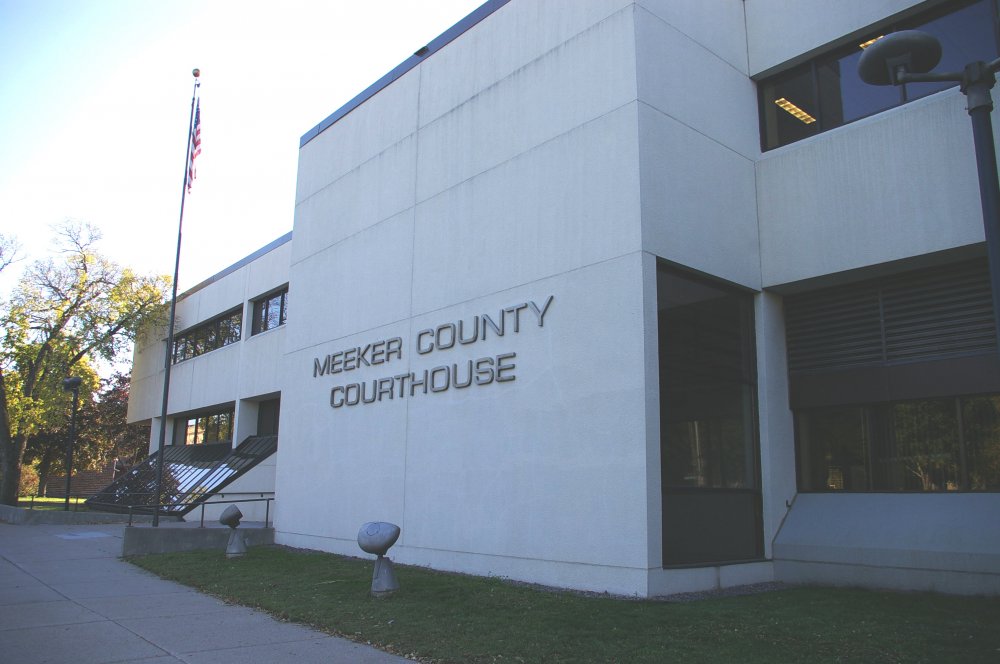 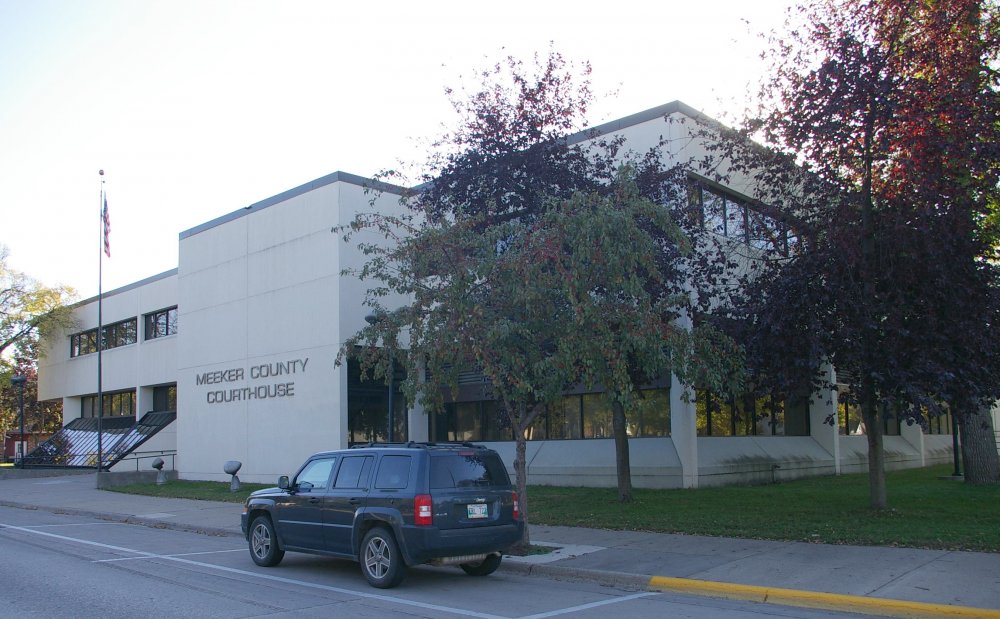 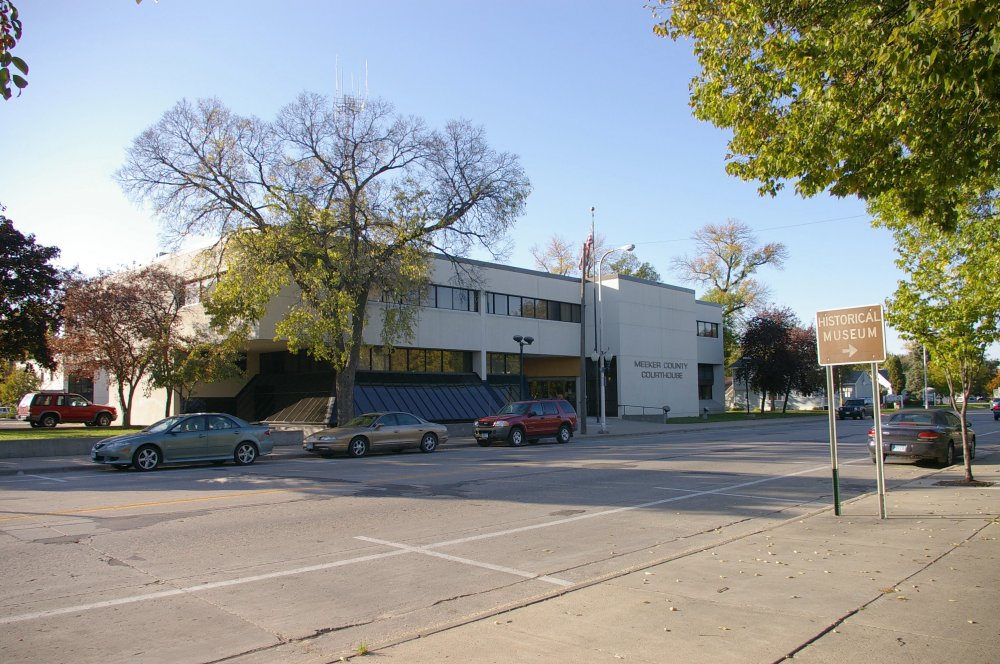 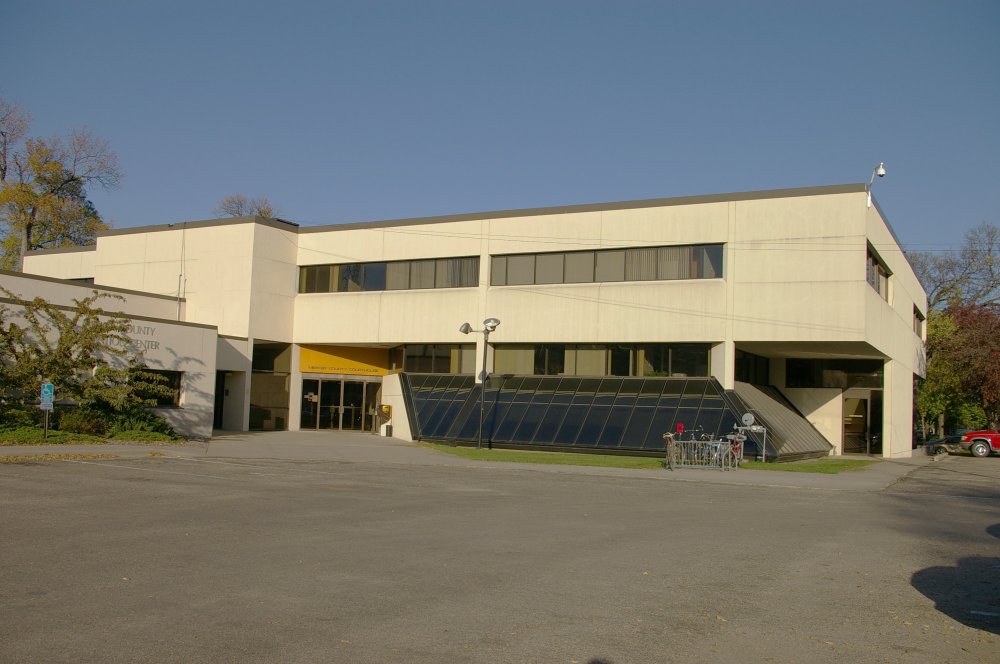 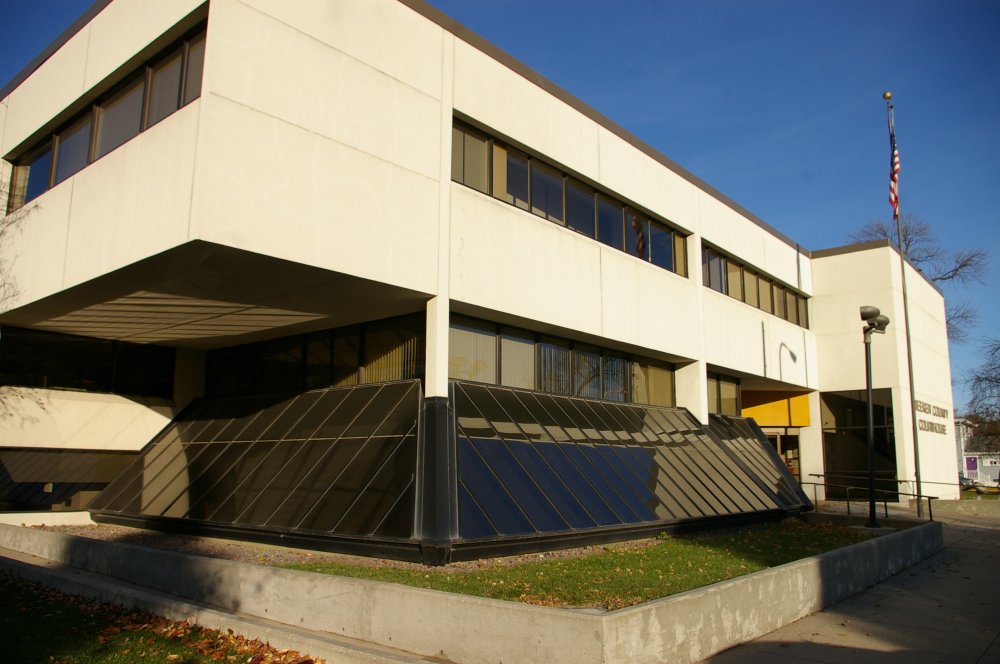 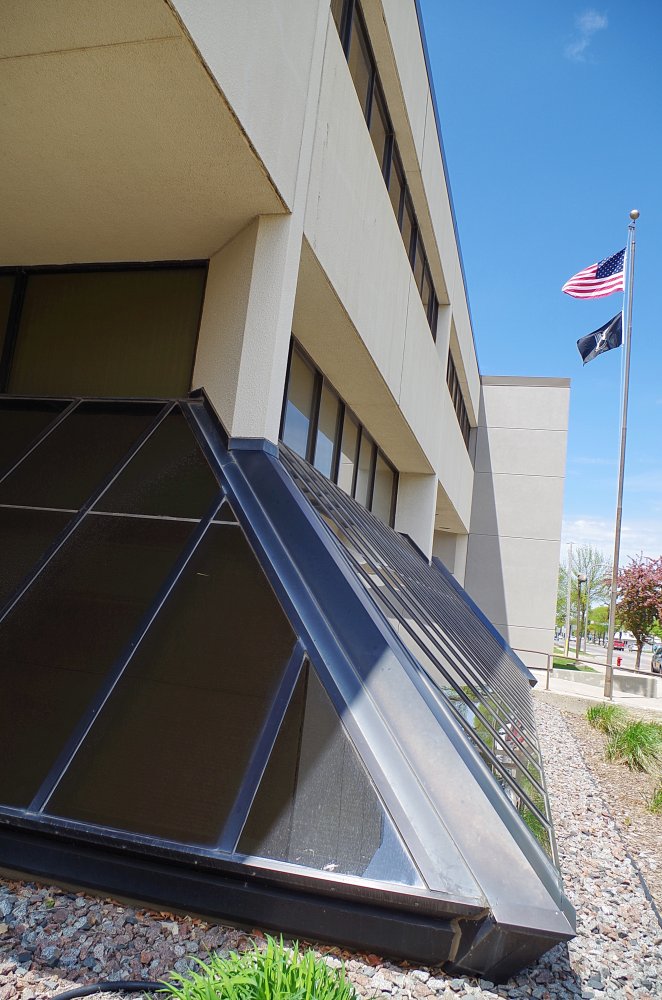 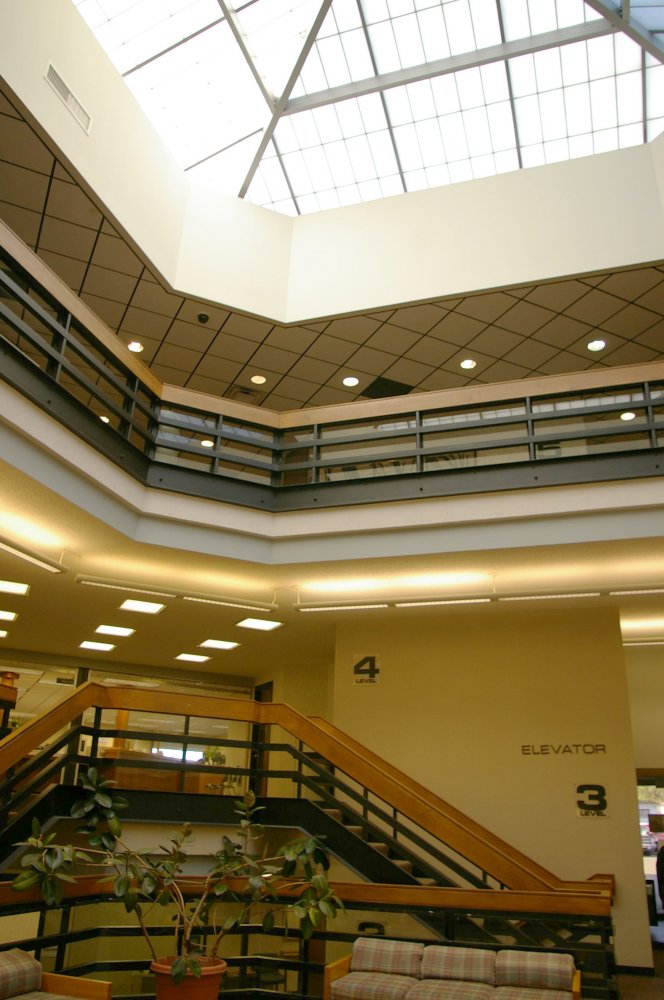 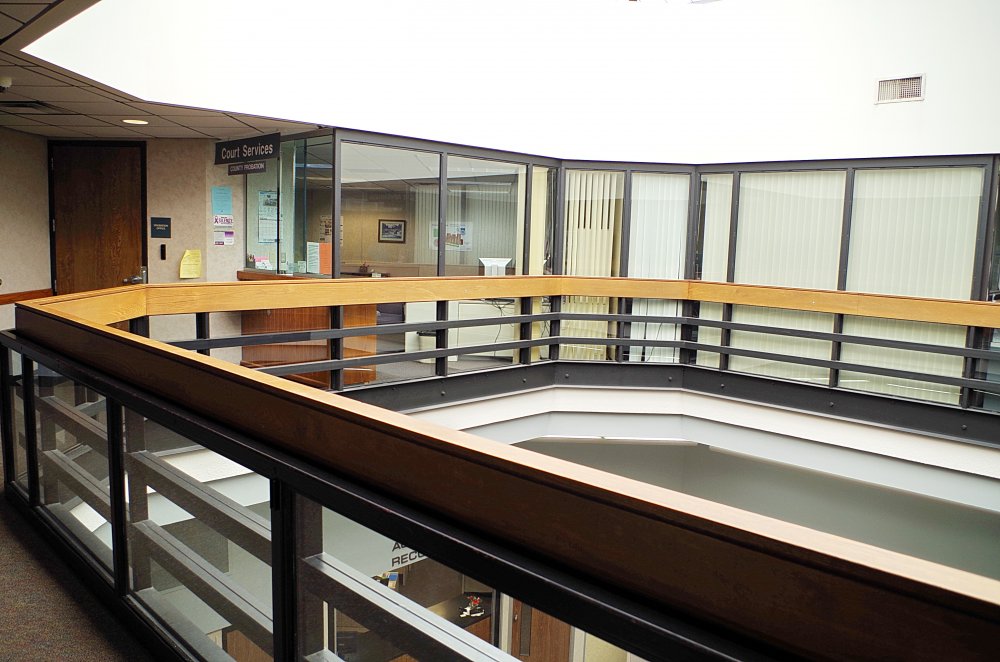 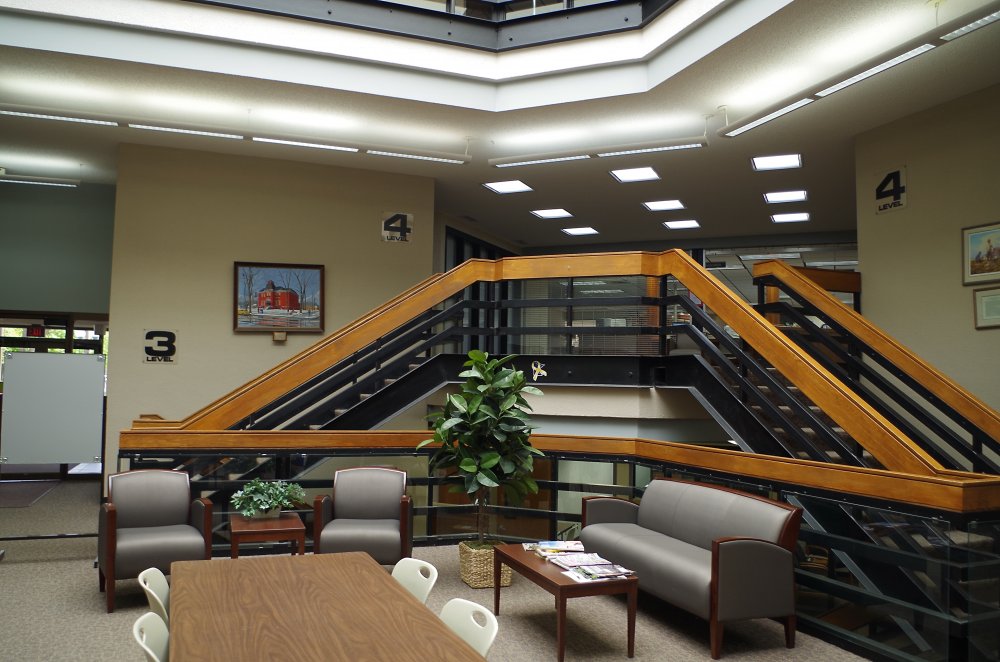 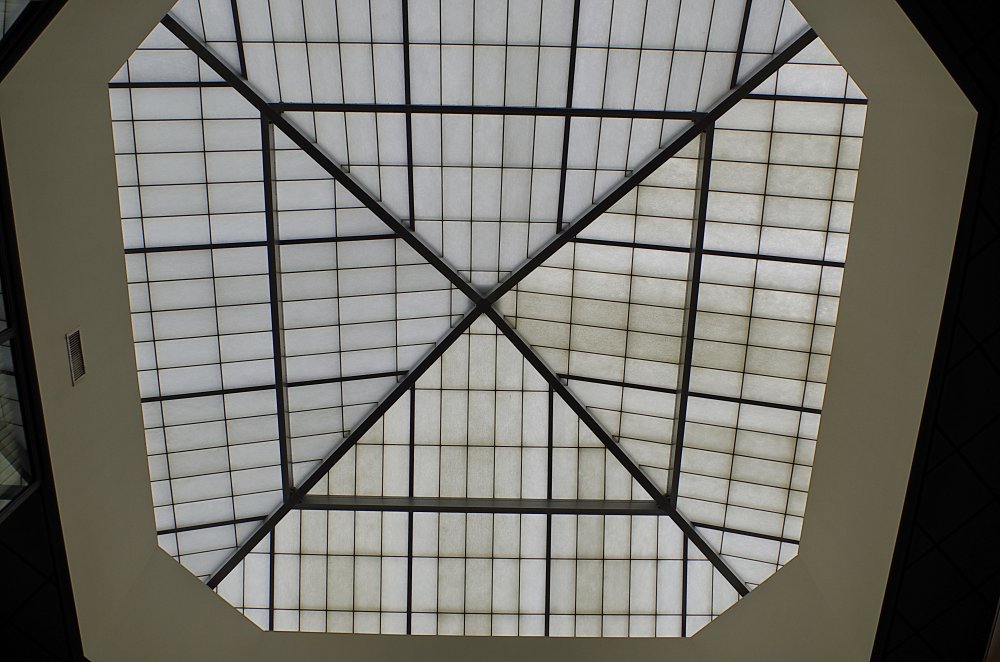 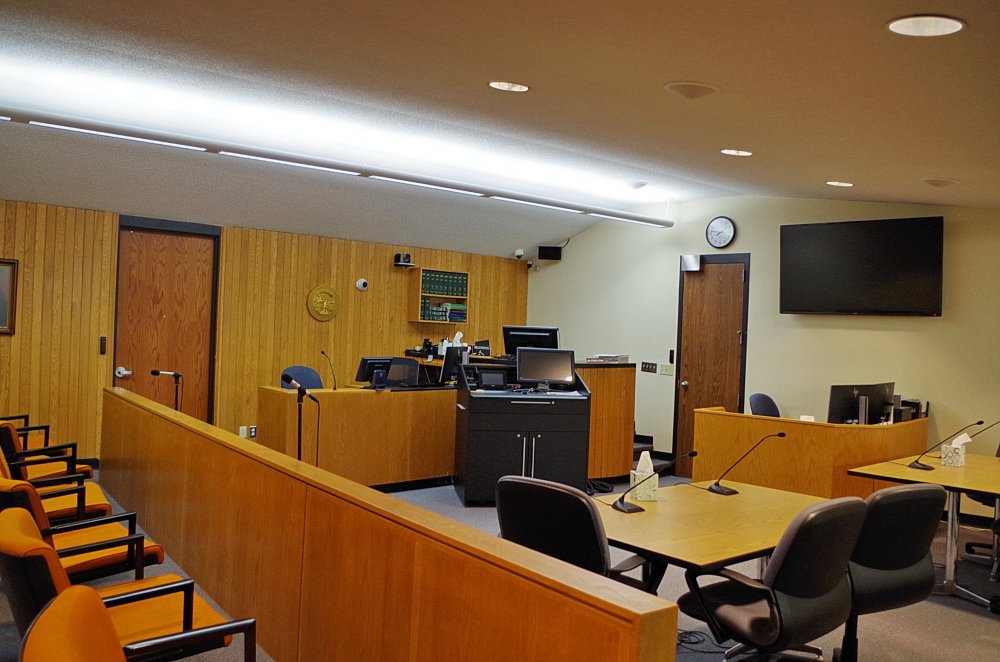 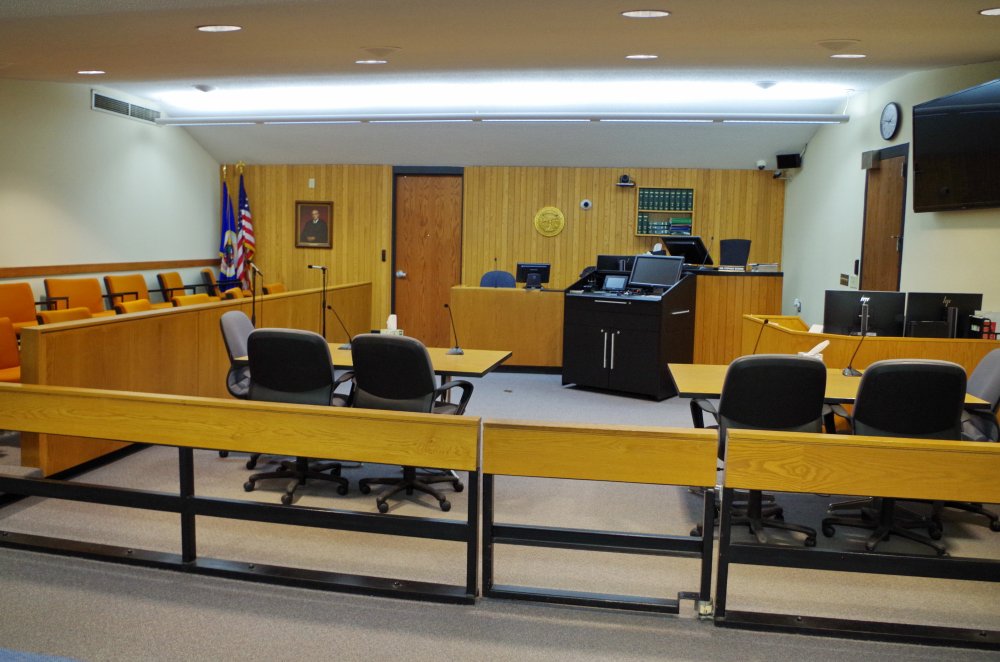 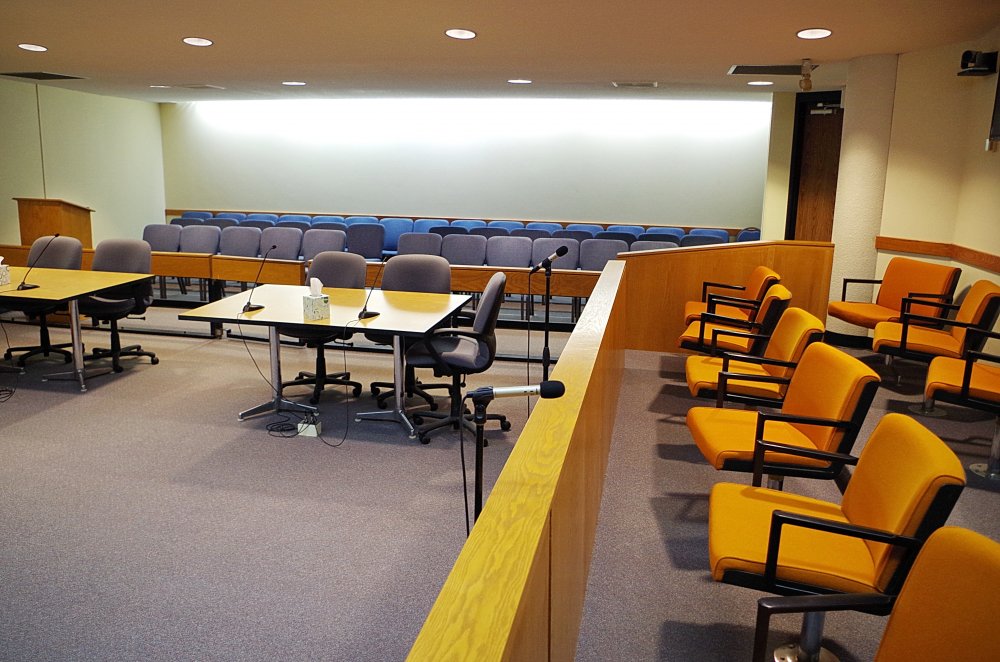 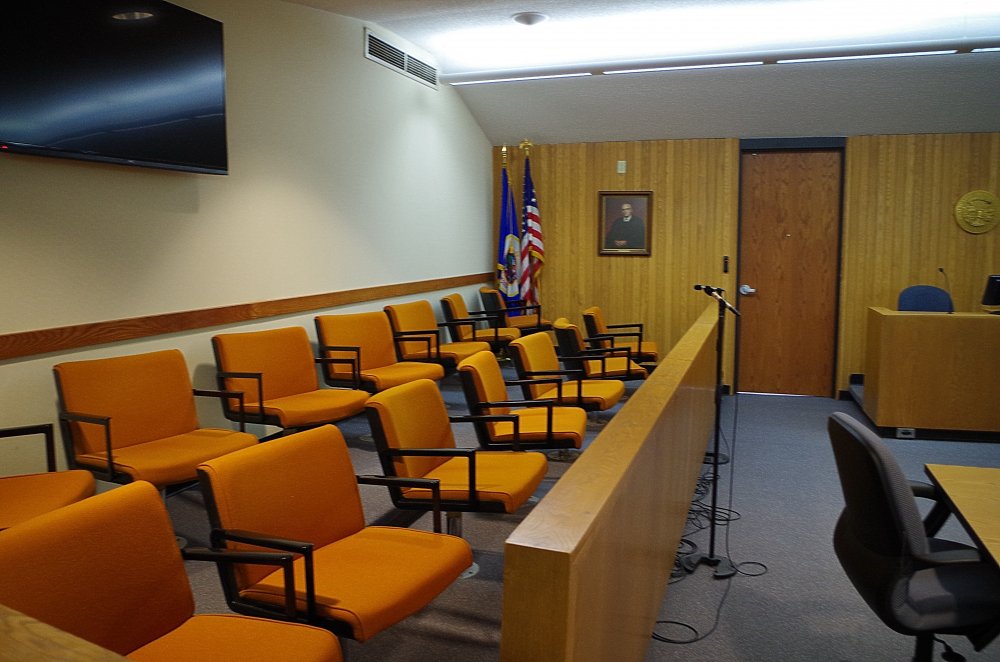 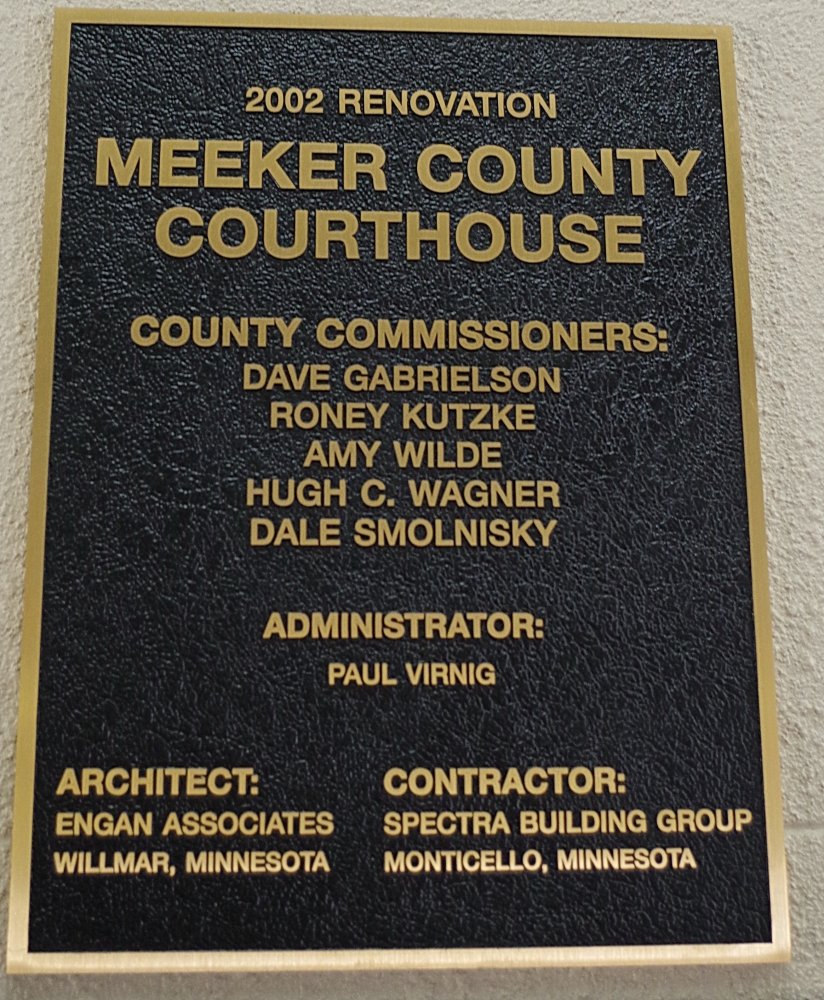 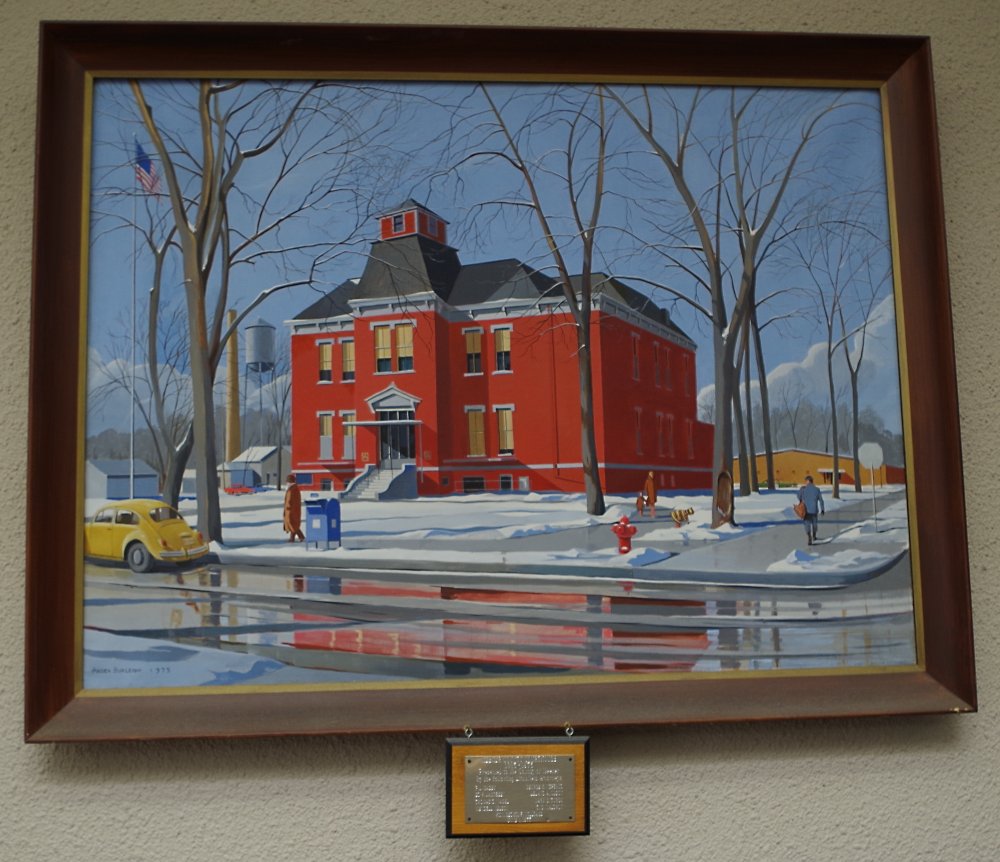