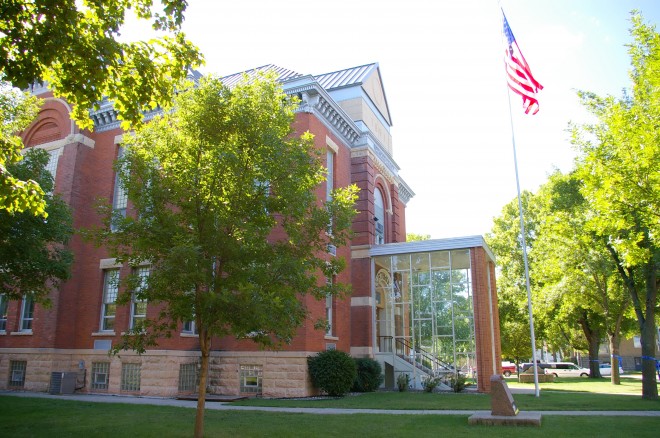 Redwood County is named for the Redwood River and “redwood” is the translation of the Dakota name “chanshayapi”.

Description:  The building  faces west and is a three story red colored brick and granite structure. The building is located on landscaped grounds in the center of Redwood Falls. The building has a glassed portico at the front entrance. The base of the building is course white colored stone. The roof is hipped. The courtroom is located on the second story. An addition was added on the east side in 1970. The architect was Glen Cording Associates, Inc.