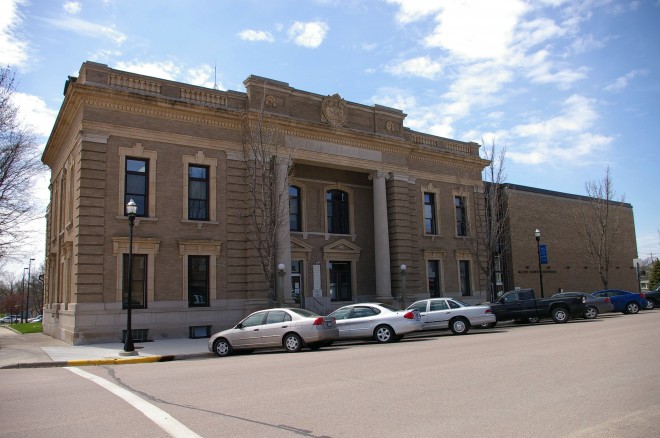 McLeod County is named after Martin McLeod, an early fur trader in Minnesota. 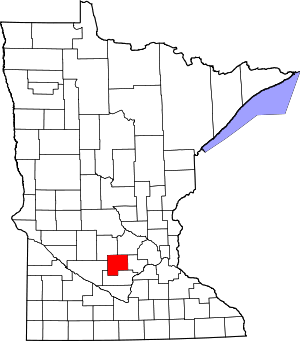 Description:  The building faces north and is a two story brown colored brick and concrete structure. The building is located in the center of Glencoe. The north front has a recessed center section flanked by tall columns rising to a wide header rising above the flat roof line. The entrance is framed with stone with a carved stone pediment above. The corners of the building were quoined in stone. Between 1876 and 1982, the building has been added to six times. The impression from the front of the building is that of a 1909 vintage structure. The 1909 classic columned renovation was designed by W F Kinney of Stebbins, Kinney and Halden and the contractor was Emil M Johnson. The main courtroom is located on the second story of the original building. Two other courtrooms are located on the first and second stories of the west addition. The building houses the County District Court of the 1st Judicial District.  An addition was constructed in 1936 on the south side. The architect was Pass & Rockey and the contractor was Fleischer & Son Inc. of Minneapolis. The brick box section on the west joined to the main building by a recessed two-story glass section was constructed in 1958. The addition was designed by Hammel & Green of St. Paul and is compatible to the original building though completely contemporary. The contractor was Gunner I Johnson of Minneapolis. In 2018, a modern addition was constructed on the south side. The architect was Wold Architects and Engineers and the contractor was Contegrity Group, Inc. of Little Falls. On the southwest side is the Sheriff Office.

History:  The county was created in 1856 and Glencoe was selected as the county seat. The first court met in a log school house as first courthouse. The second and present was built in 1876 to 1877 at a cost of $10,000. 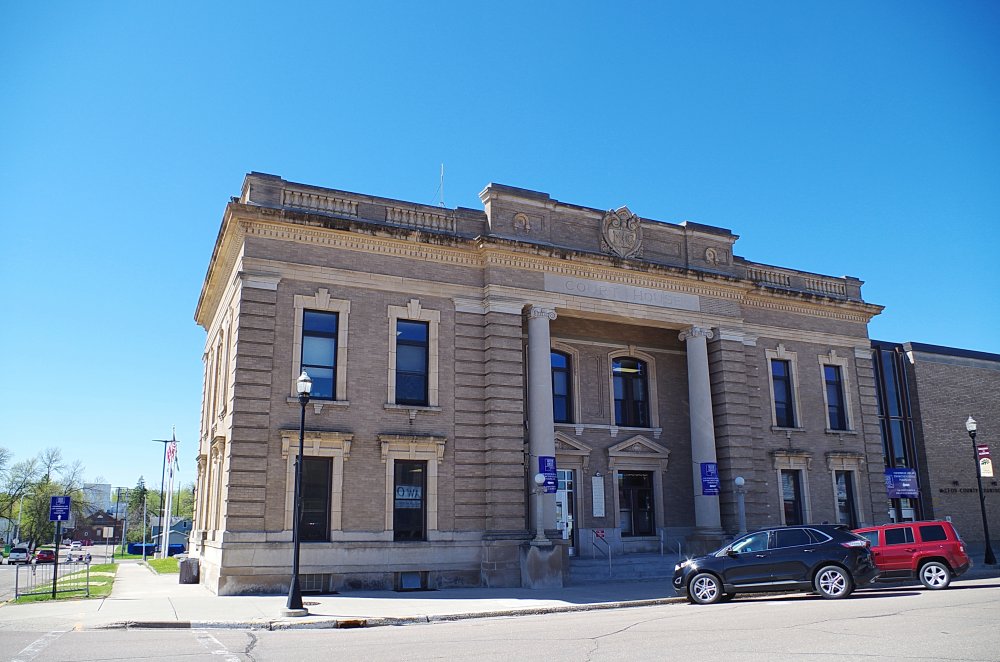 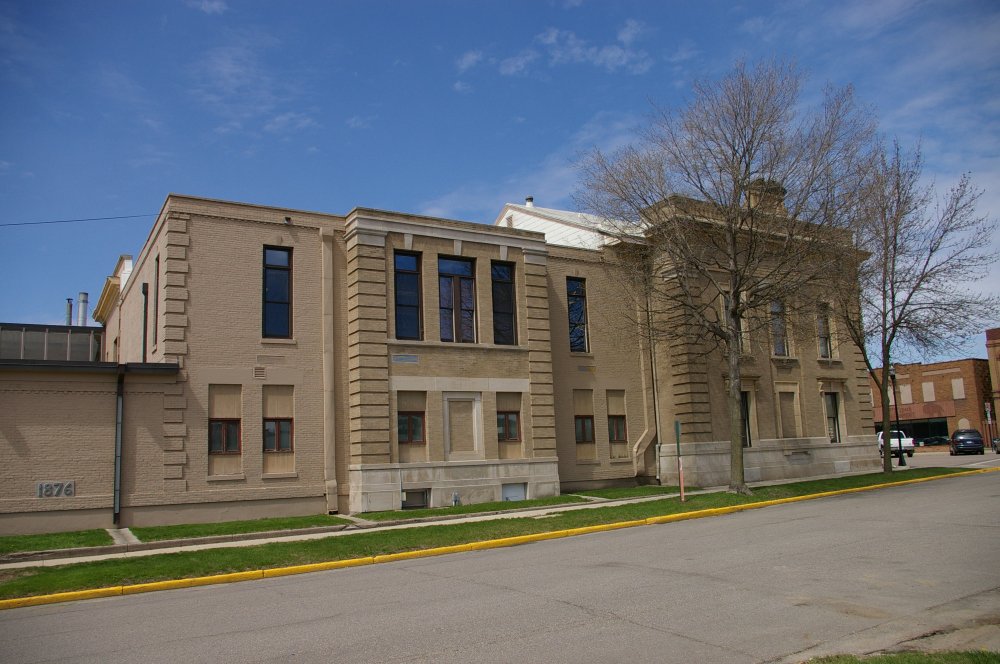 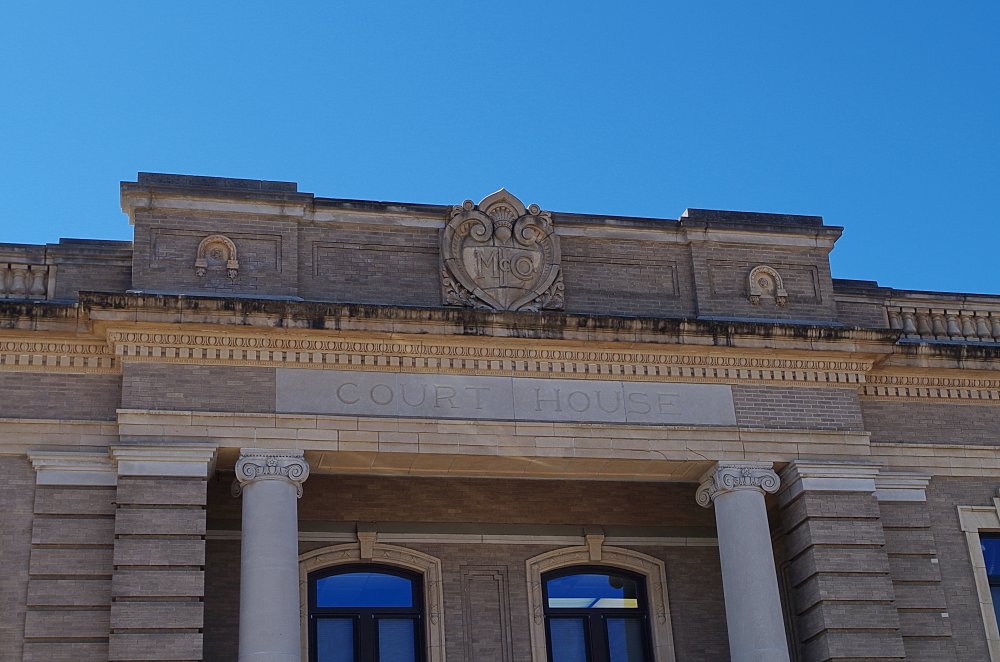 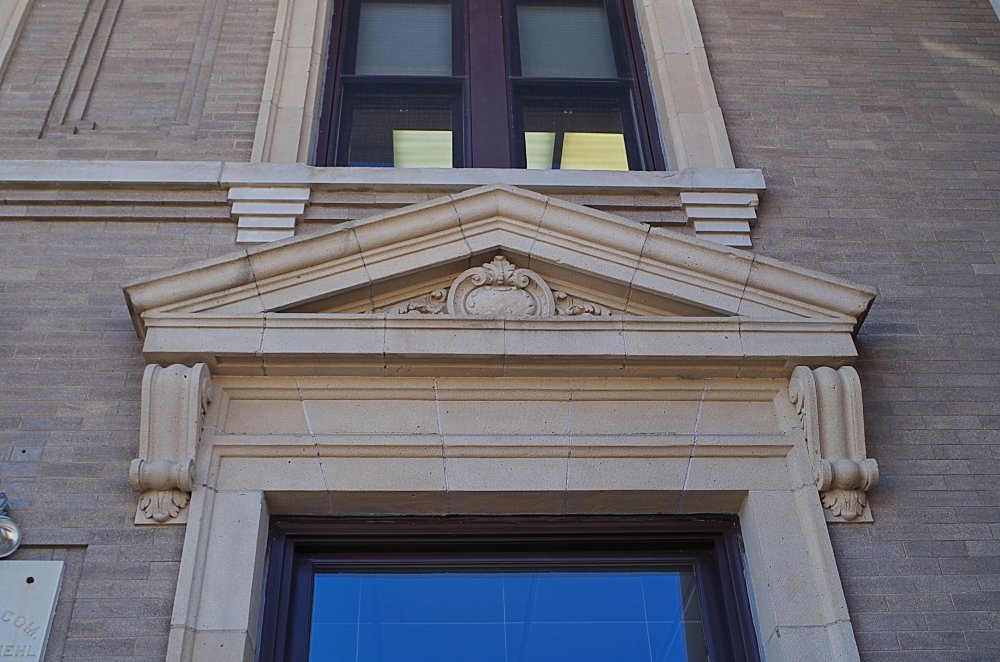 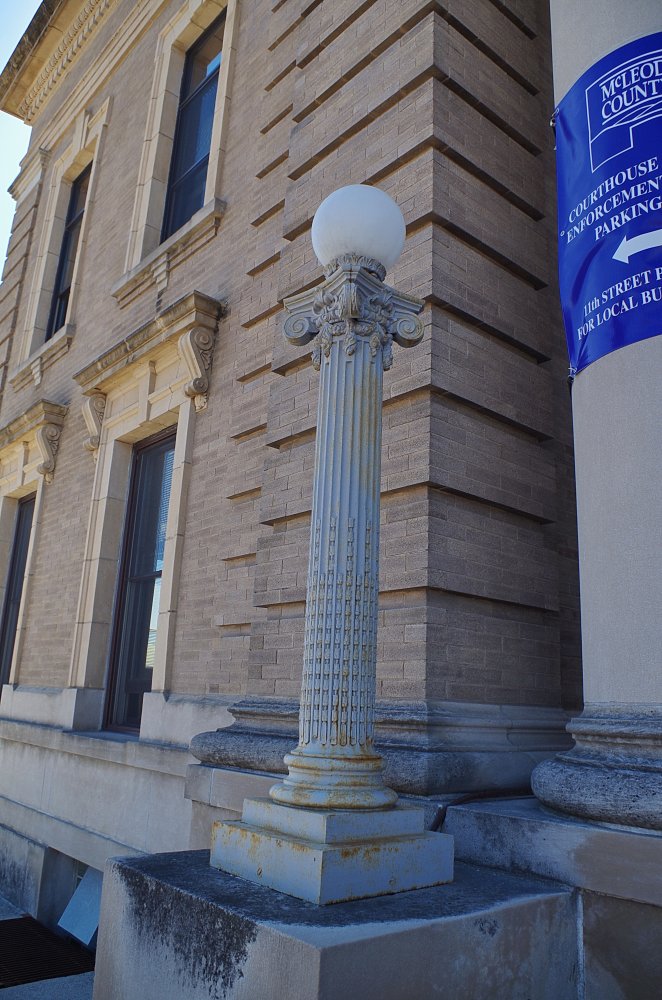 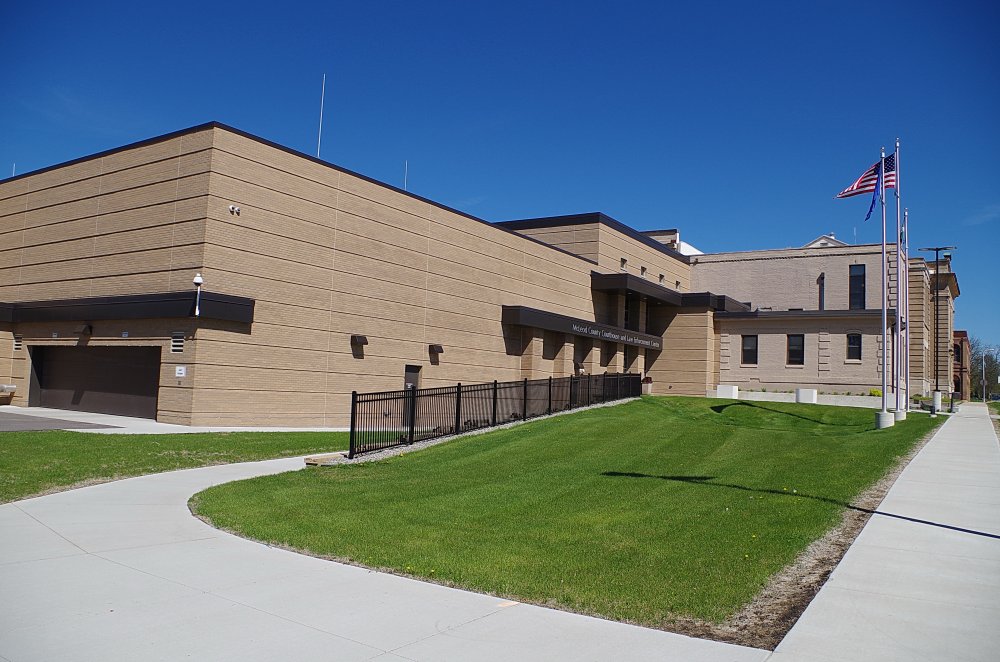 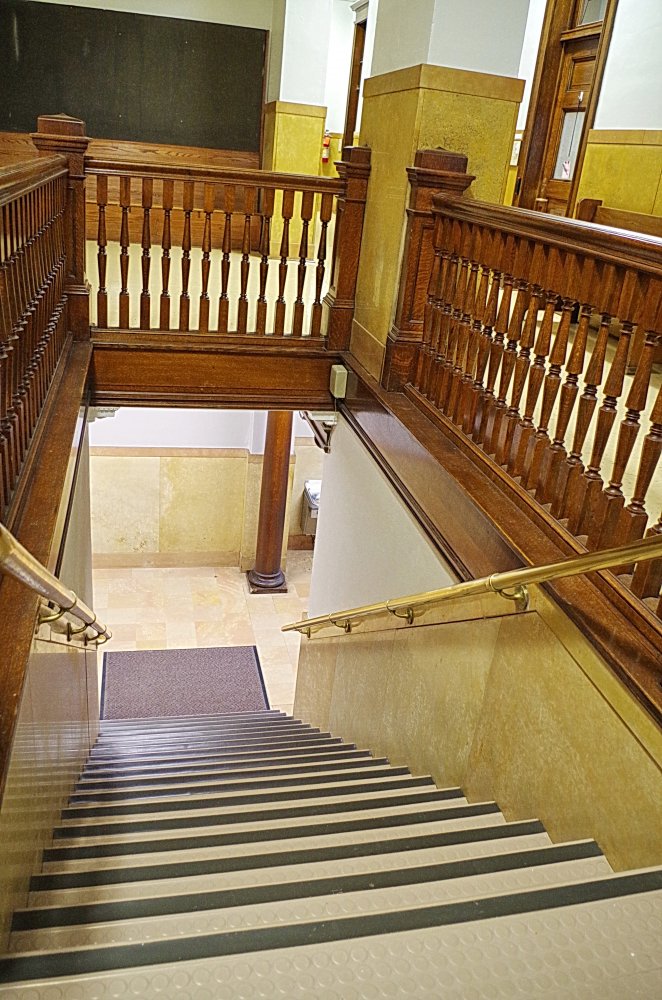