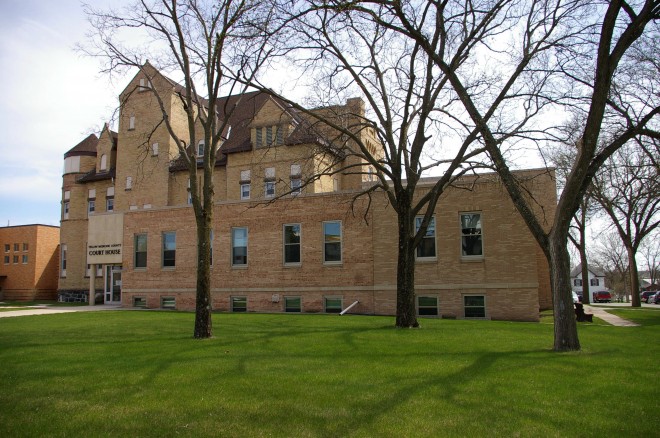 Description:  The building faced north and  was a three story light yellow colored brick and stone structure. The building was located on spacious grounds in the center of Granite Falls. The north front had a square brick tower rising to a peaked roof at the fourth story. The northeast corner had a rounded tower with conical roof. The building had been remodeled, modernized and added to in 1942, 1956, and 1967. In 1975 a one story addition was constructed on the north west side and a two story brick addition was constructed on the east side. The building was raized in 2016 and became the north parking lot. 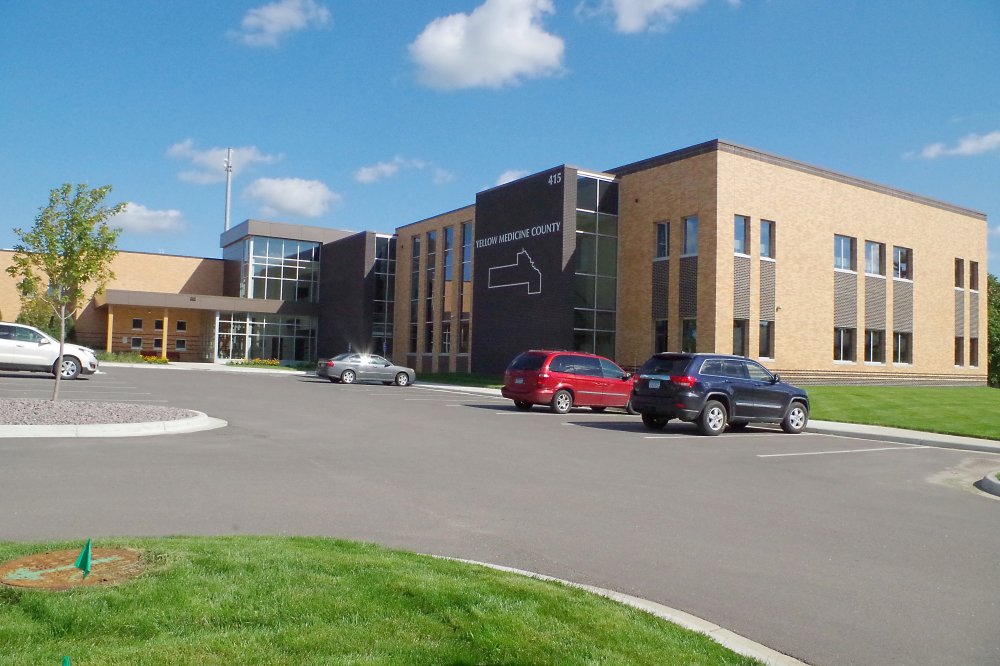 Description:  The building faces north and is a two story buff colored brick, steel, glass and concrete structure. The building is located on spacious landscaped grounds in the center of Granite Falls. The north front has a projecting glass paneled section on the east side with projecting canopy and the main entrance on the first story. Along the front are two projecting dark brown colored brick sections. There are vertical panels between the windows. The roof line is flat. The building joins the existing brick structure along the east side. 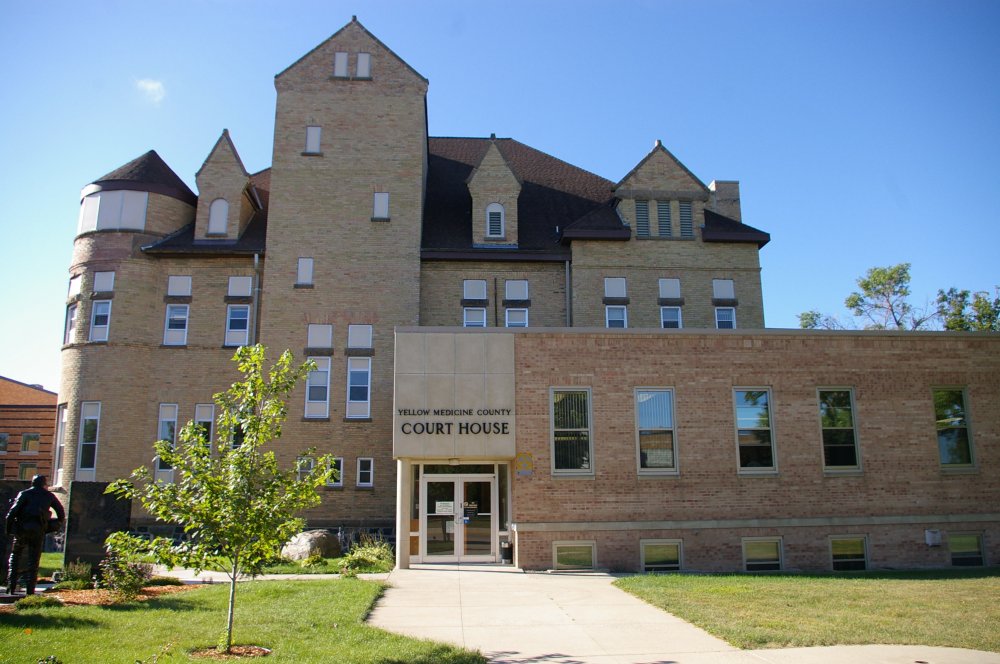 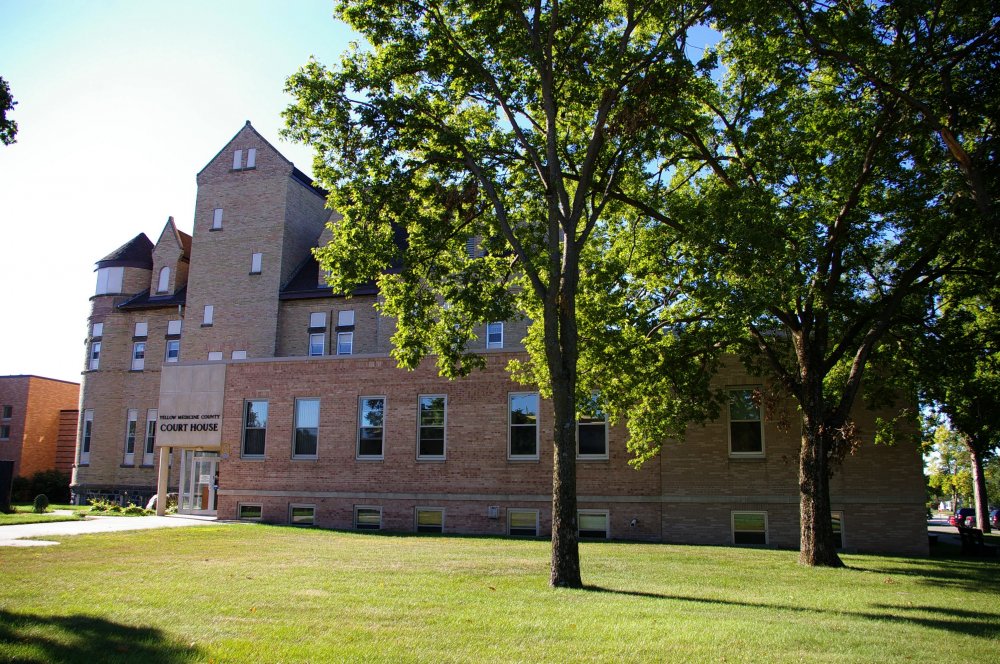 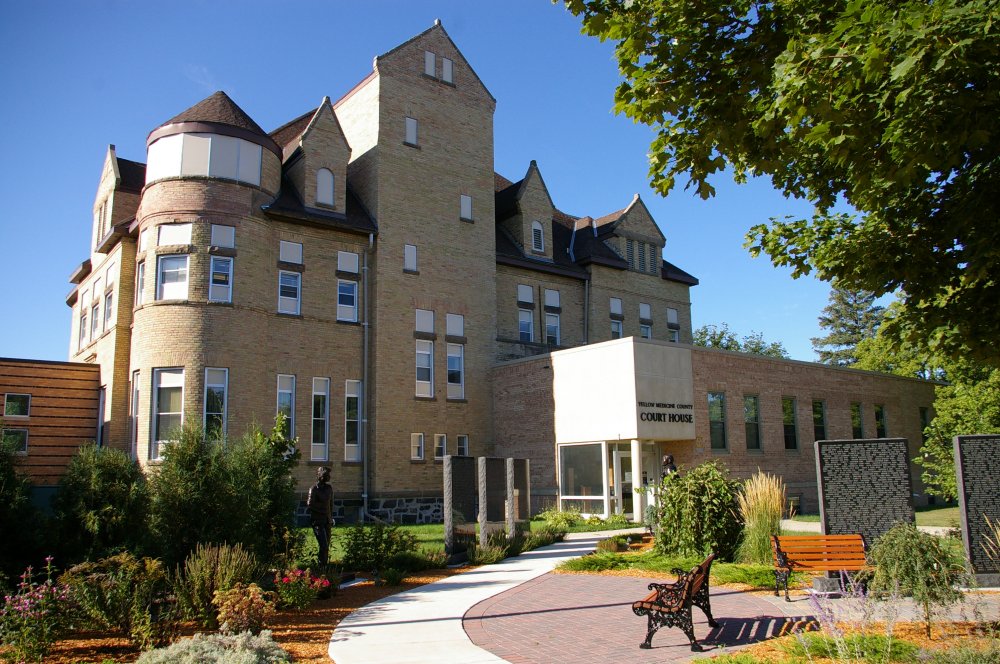 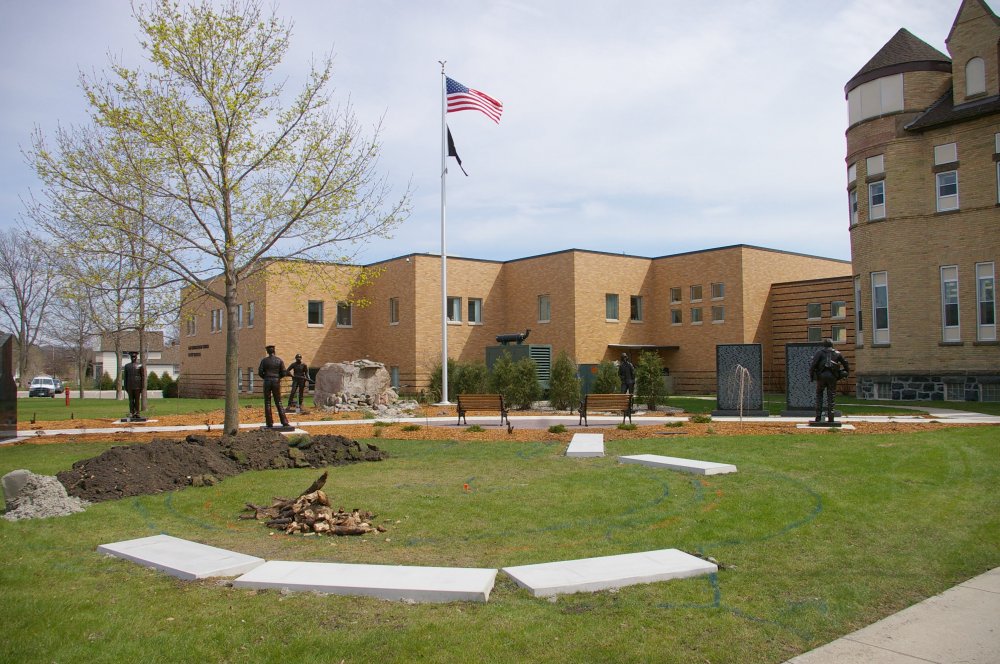 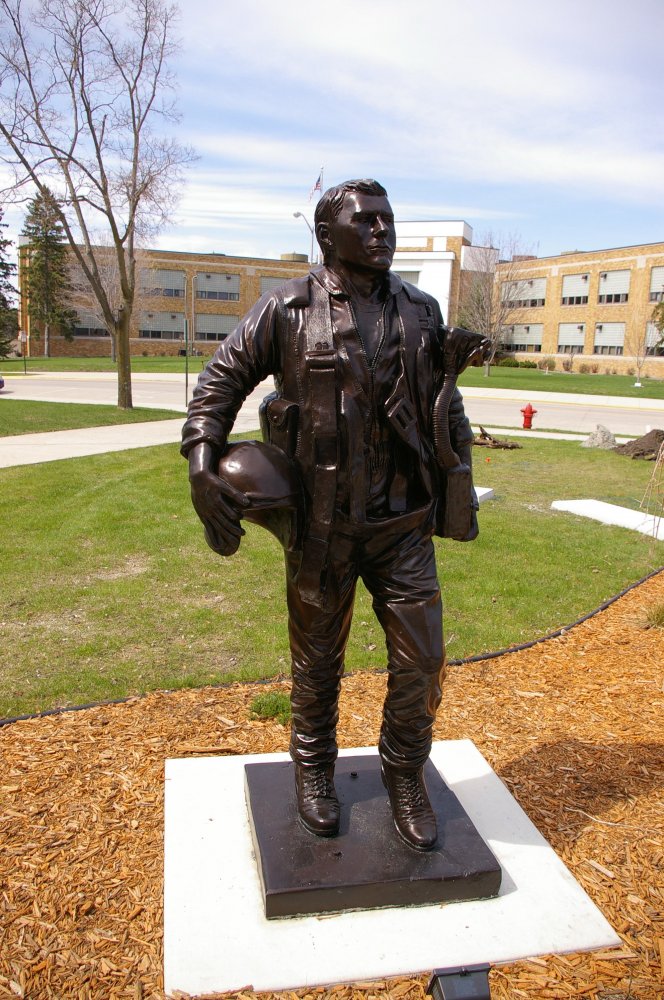 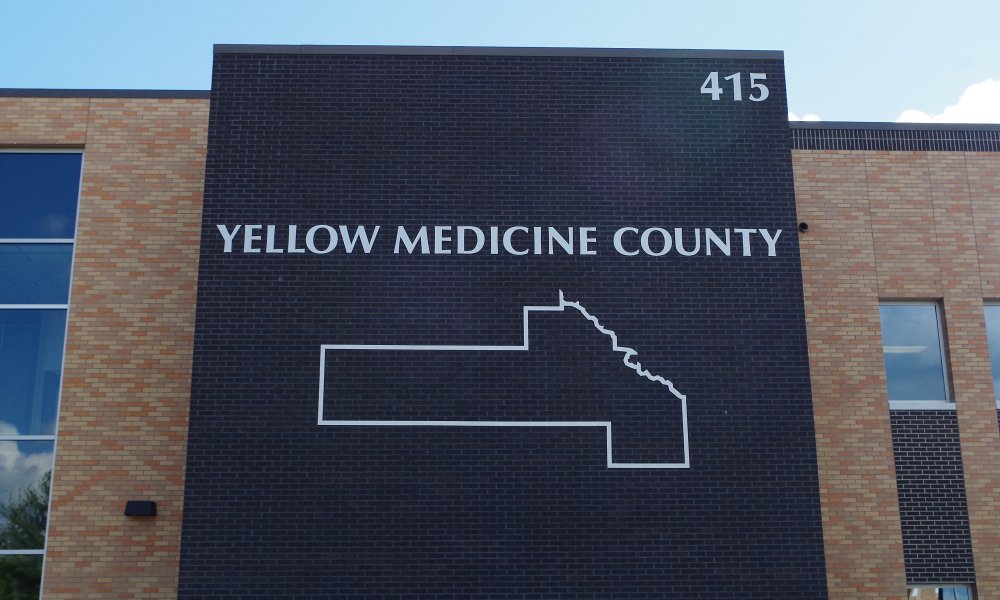 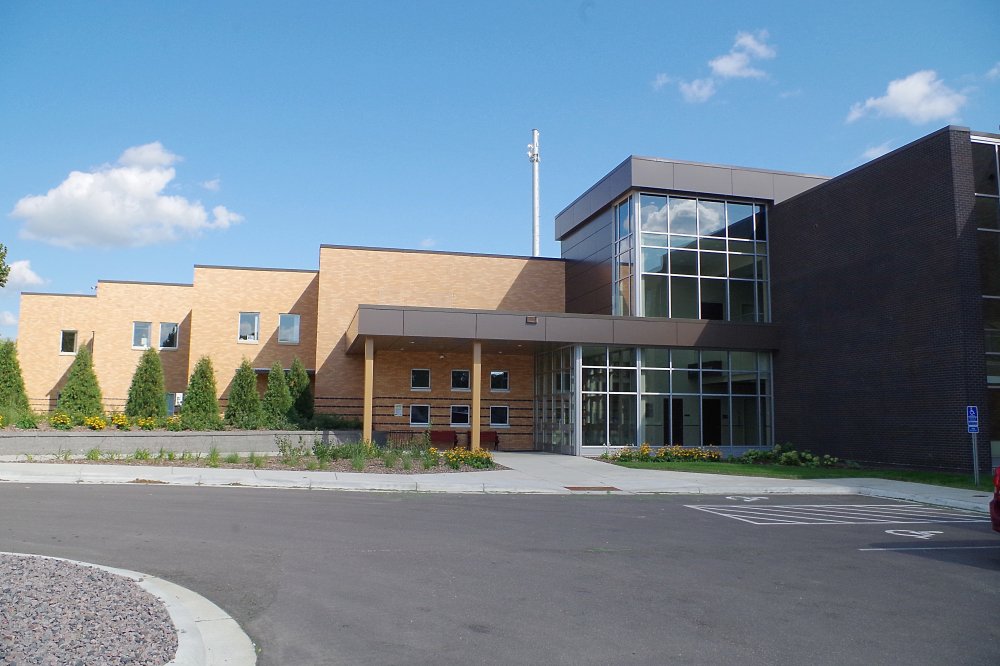 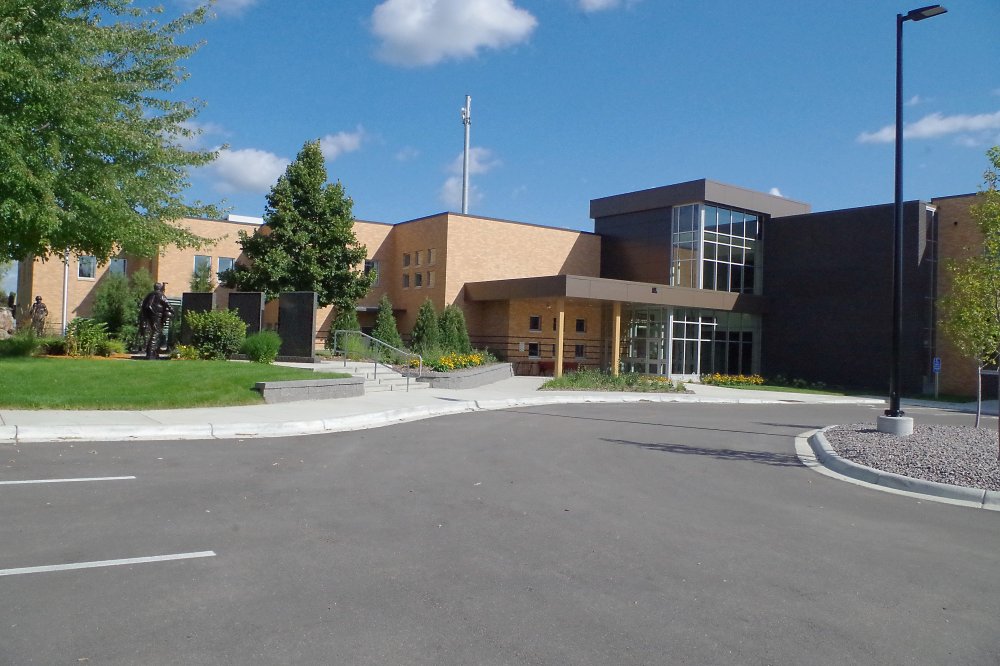 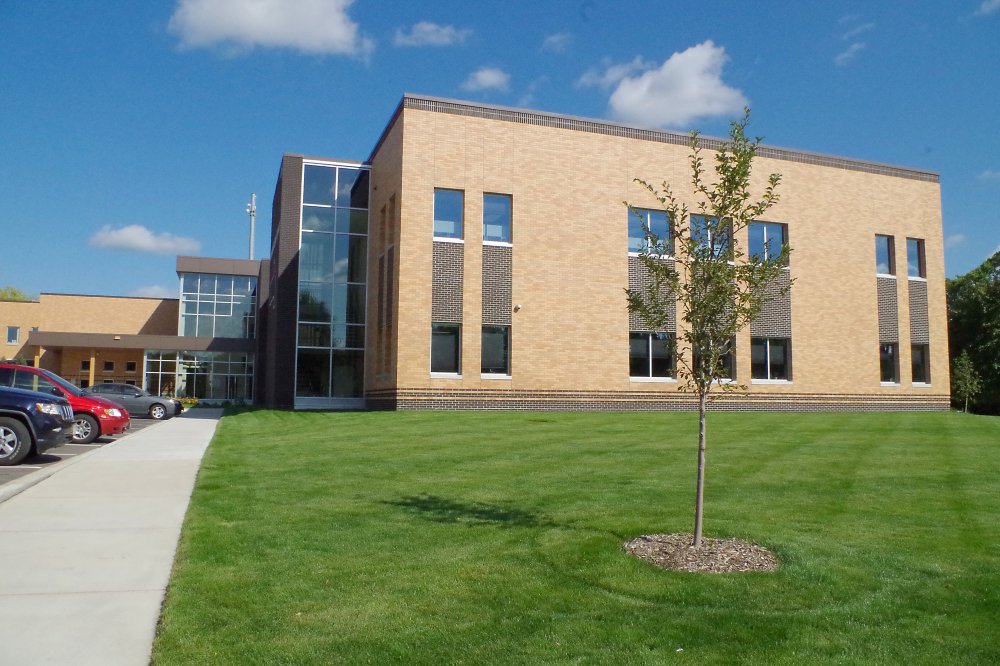 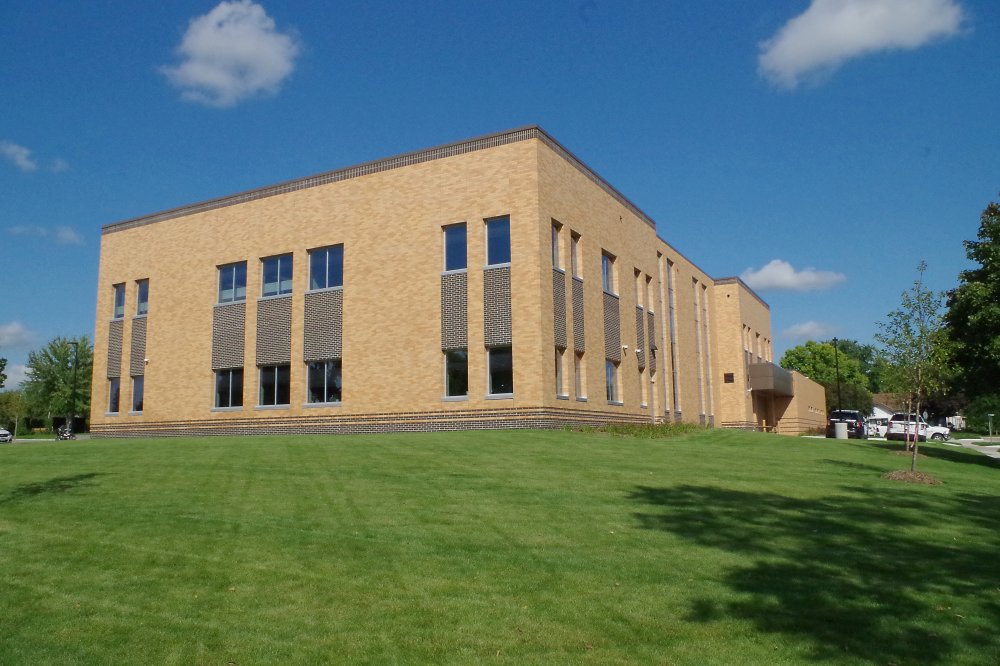 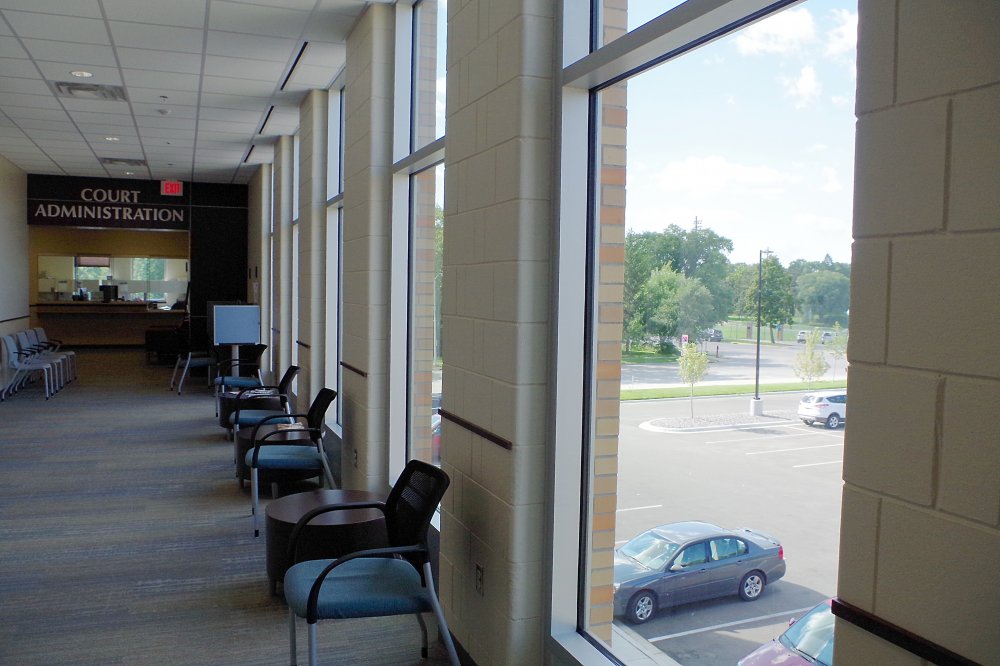 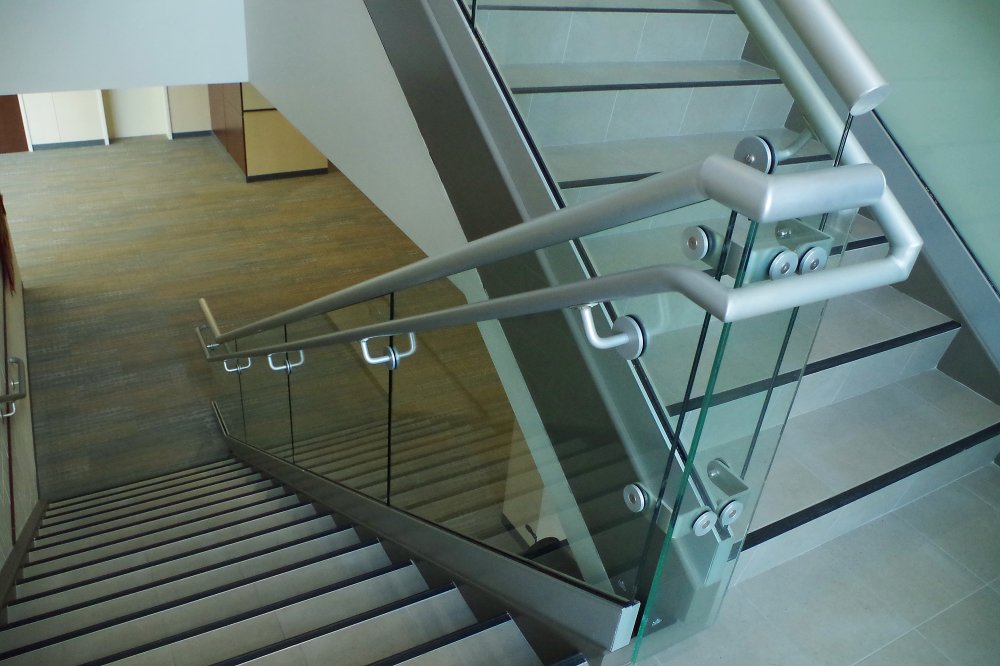 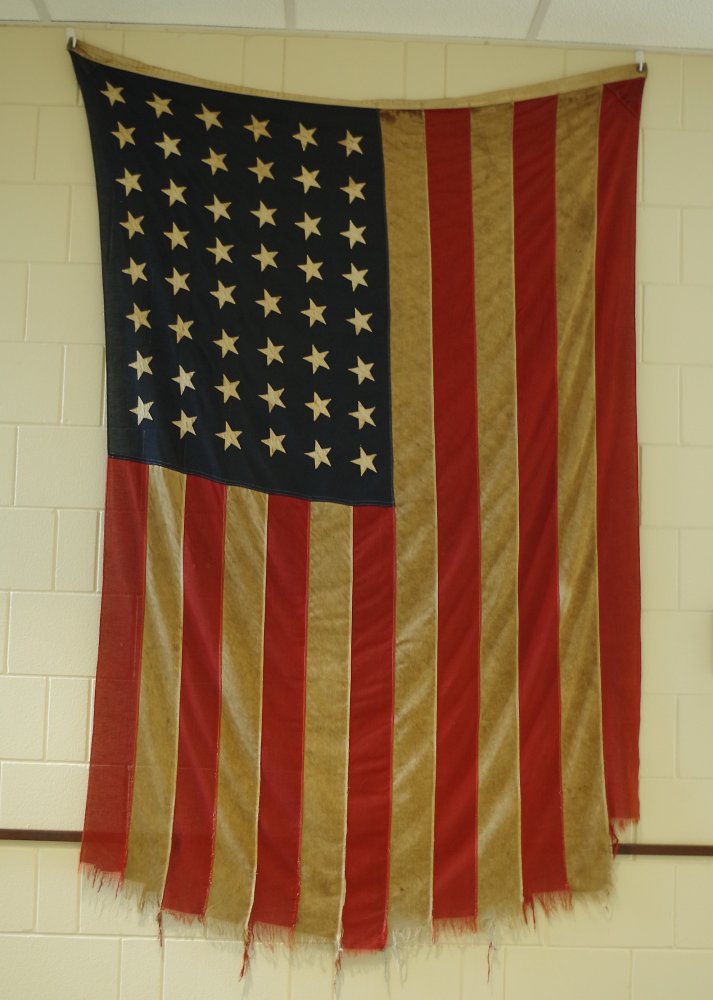 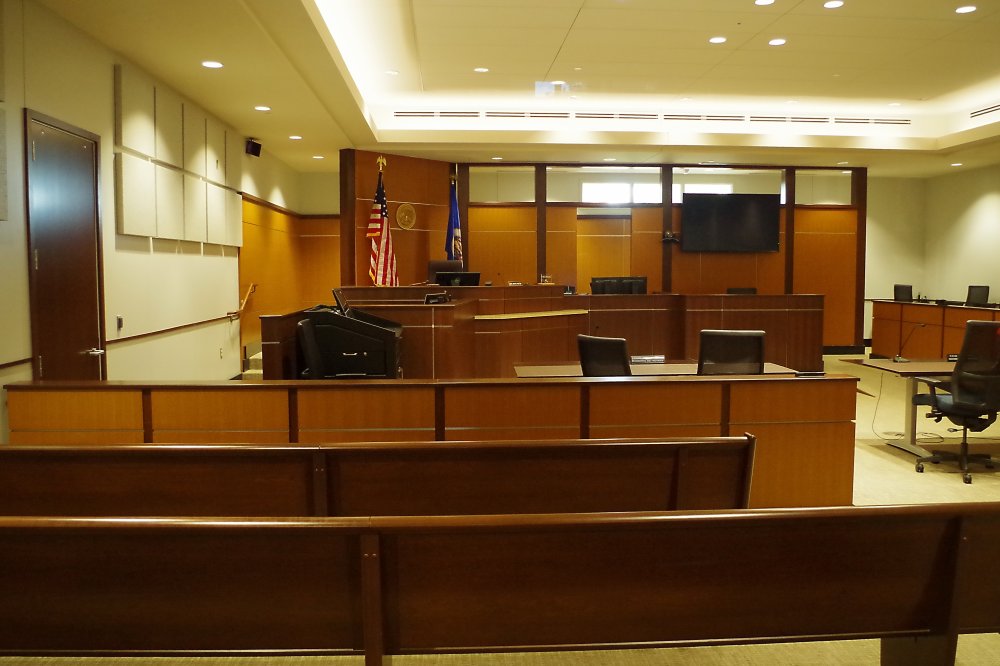 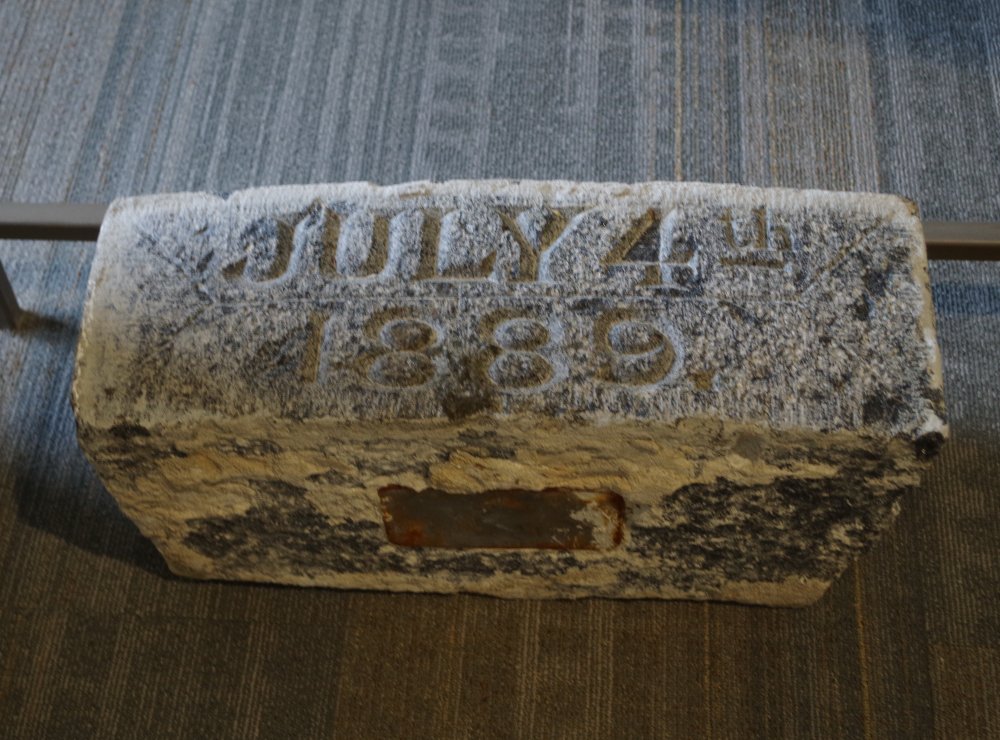