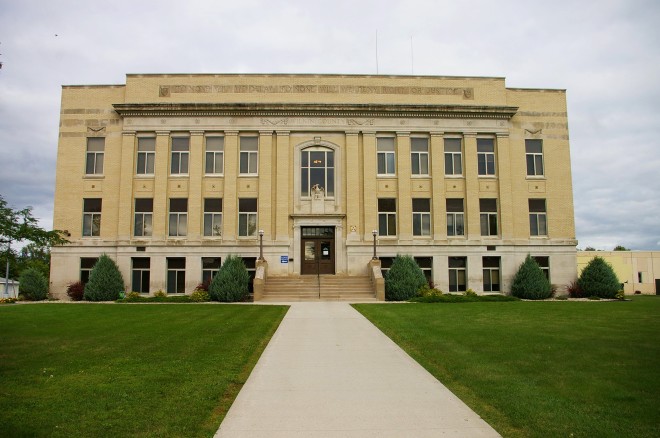 Wilkin County is named after Colonel Alexander Wilkin, a lawyer who served as Minnesota’s United States Marshall and who was later killed during the Civil War. 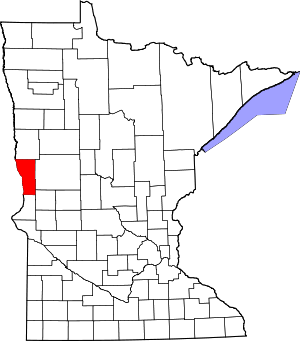 Description:  The building faces west and is a three story Bedford stone, buff colored brick, limestone, concrete and steel structure. The building is located on landscaped grounds on the south side of the center of Breckenridge. Broad steps lead up to the west side main entrance. Double bronze doors are surmounted by a transom window, a stone cornice supported by flanking pilasters, and a carved stone eagle. There is a covered, rear basement-level entrance and another basement (ground floor) entrance on the north side. Closely spaced windows, separated by raised brick pilasters capped by stone, puncture the walls on all sides and levels of the courthouse. The corner, top floor windows are surmounted by decorative garlands. Similar trim is found above the paired pilasters flanking the main entrance. A double-wide window above the entrance is set in a segmental arched opening. The original windows were replaced when dropped ceilings were installed. The window alterations were tastefully done; the effect is not unattractive. Between the first and second floor windows, polychrome ceramic flowers decorate recessed brick panels. The floral motif is repeated in the decorated frieze in the cornice above the windows on all four facades. The interior has a central dome with geometrically divided stained glass skylight. The surrounding murals above the second-floor columned loggia depict early Wilkin County. The terrazzo floors and the pink colored Tennessee marble wainscoting on a base of Italian marble are original. An inscription carved across the central parapet reads: “To None Will We Delay, To None Will We Deny, Right and Justice”. The large courtroom is located on the north side of the third story. On the east side is a one story addition. The architect was Kien McCarthy & Company and the contractor was Comstock Construction Inc. 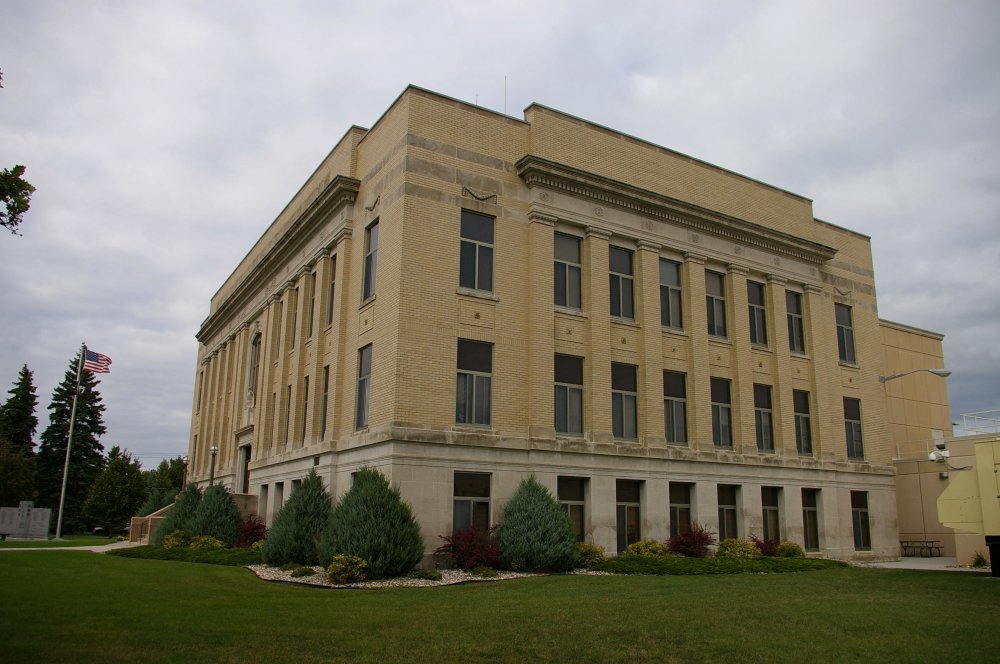 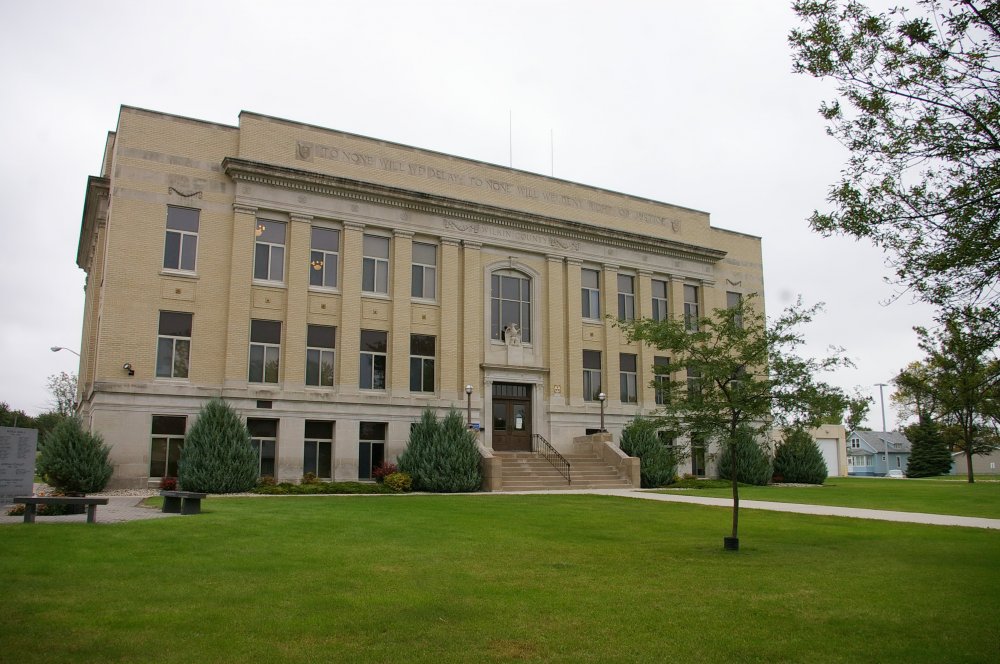 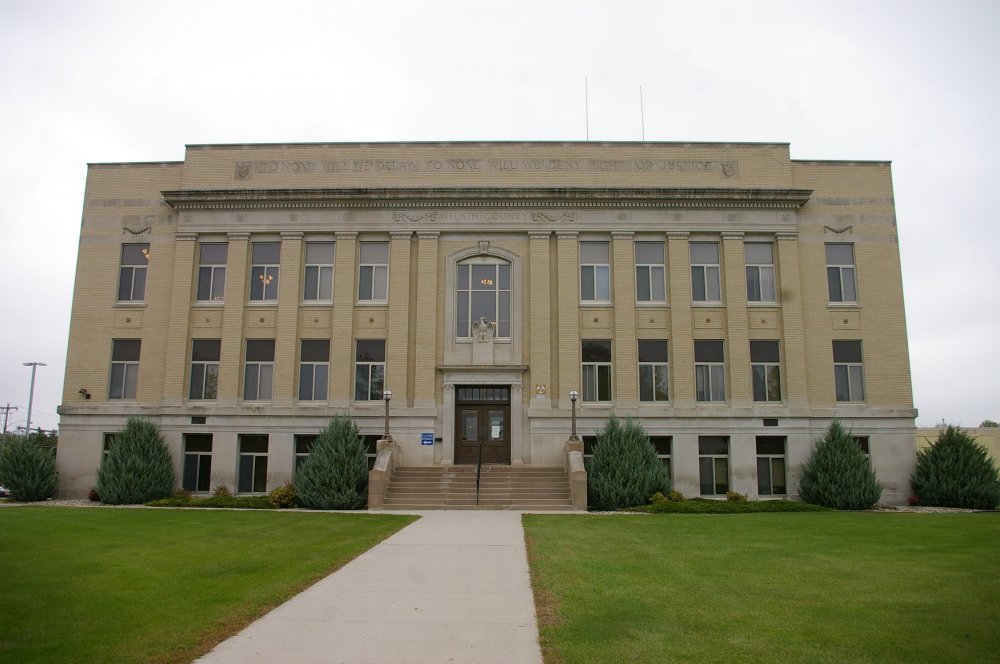 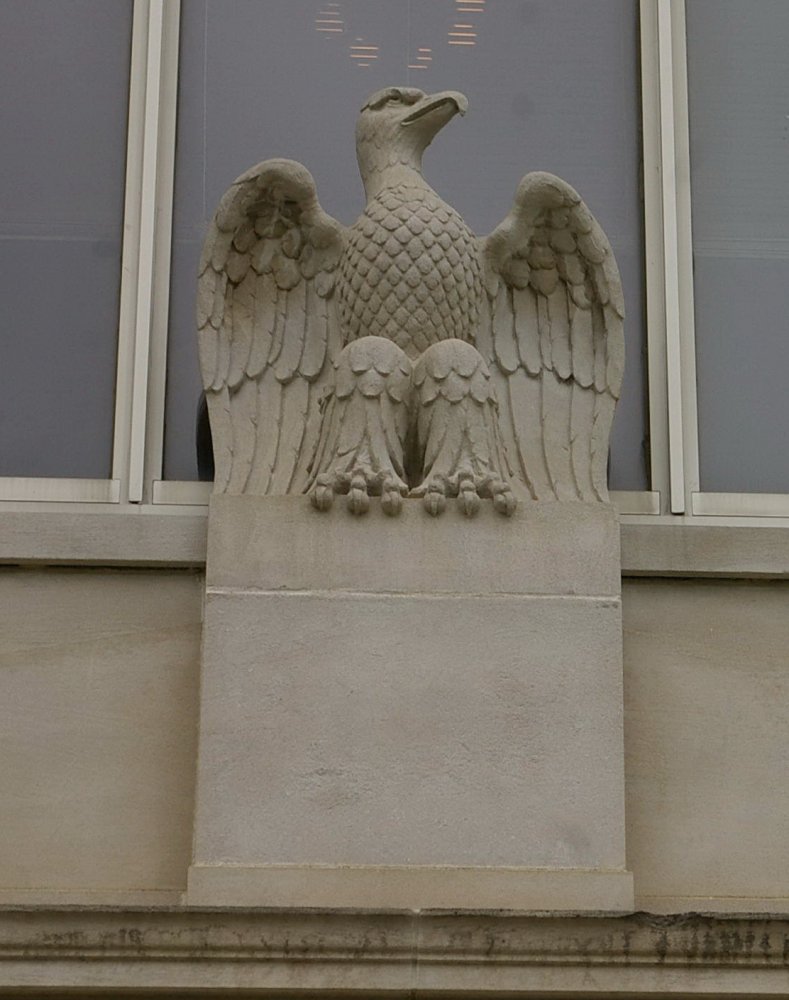 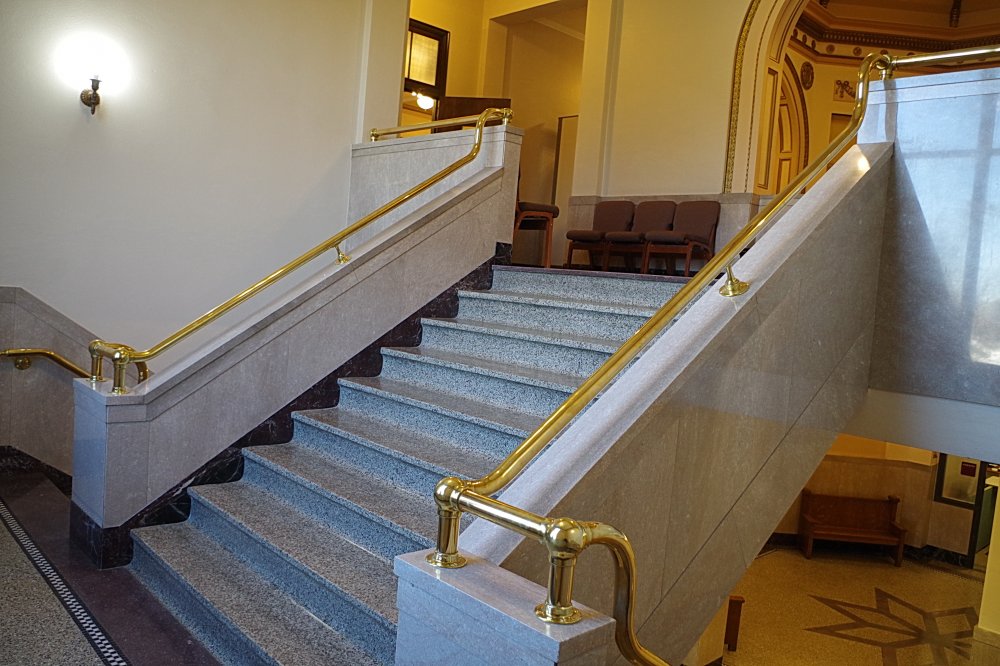 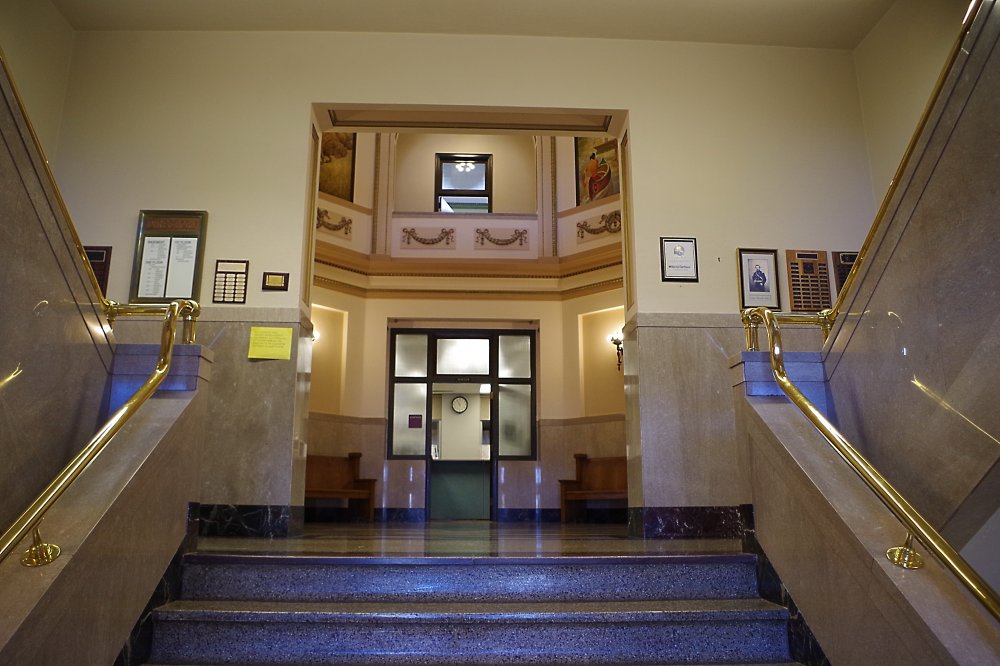 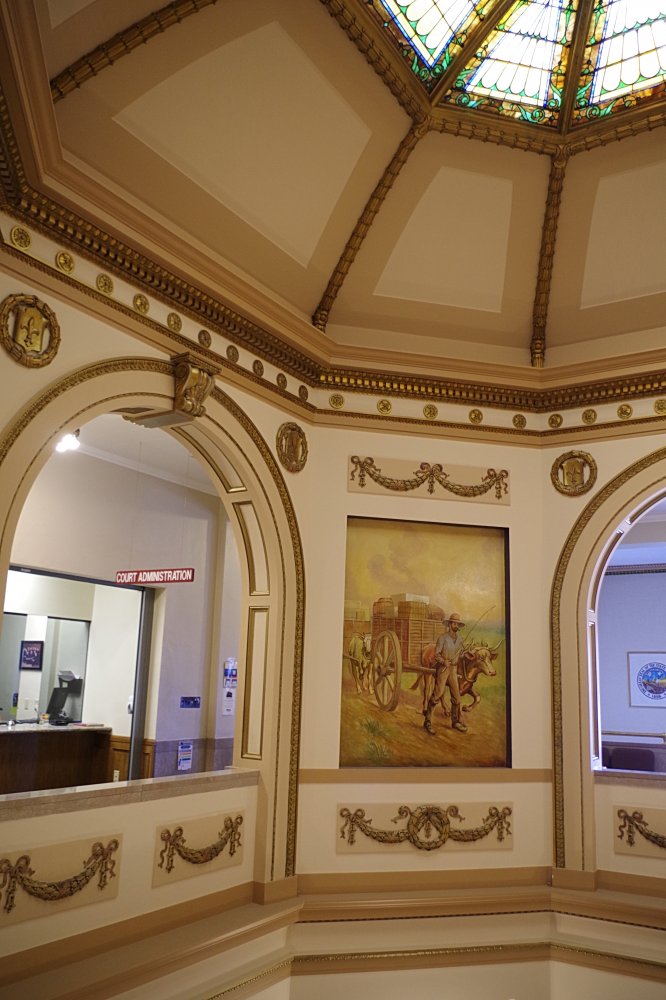