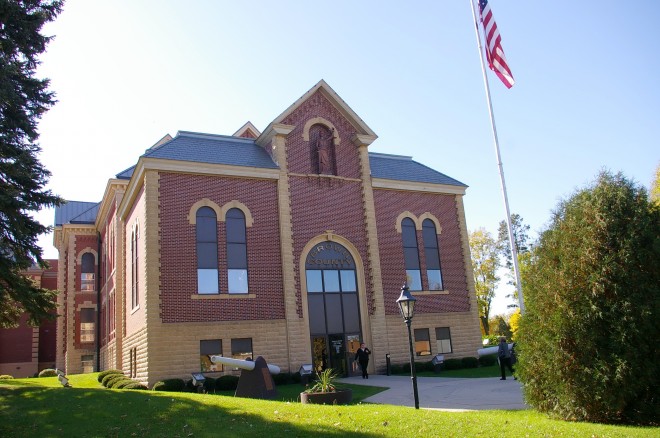 Brown County is named for Joseph Renshaw Brown, who was a prominent pioneer, publisher of the Minnesota Pioneer and member of the territorial legislature in 1854 to 1855 and 1857.

Description:  The building faces east and is a three story dark red colored brick and stone structure. The building is located on landscaped grounds in the center of New Ulm. The tall round topped windows with hoods and triple arcade at the entrance reflect an Italianate influence, but corner piers and other parts of the building suggest an English Regency period. The statue of Justice is installed in the gable. The building contains eight oil paintings by Alex Schwendinger of New Ulm. The courtroom is located at the center of the second story. The building houses the County District Court of the 5th Judicial District. In 1918 to 1919, a one story addition was added to the front of the building. The architect was Herman Koop & Sons of New Ulm and the contractor was Puhlmta Brothers. In 1930, Puhlman Brothers built the second story over the addition, In 1965, the building was modernized. The architect was Edward Wirtz. In 1994, an addition was constructed on the west side to house the Law Enforcement Center. The architect was Klein McCarthy & Company Ltd. and the contractor was E & V, Incorporated. 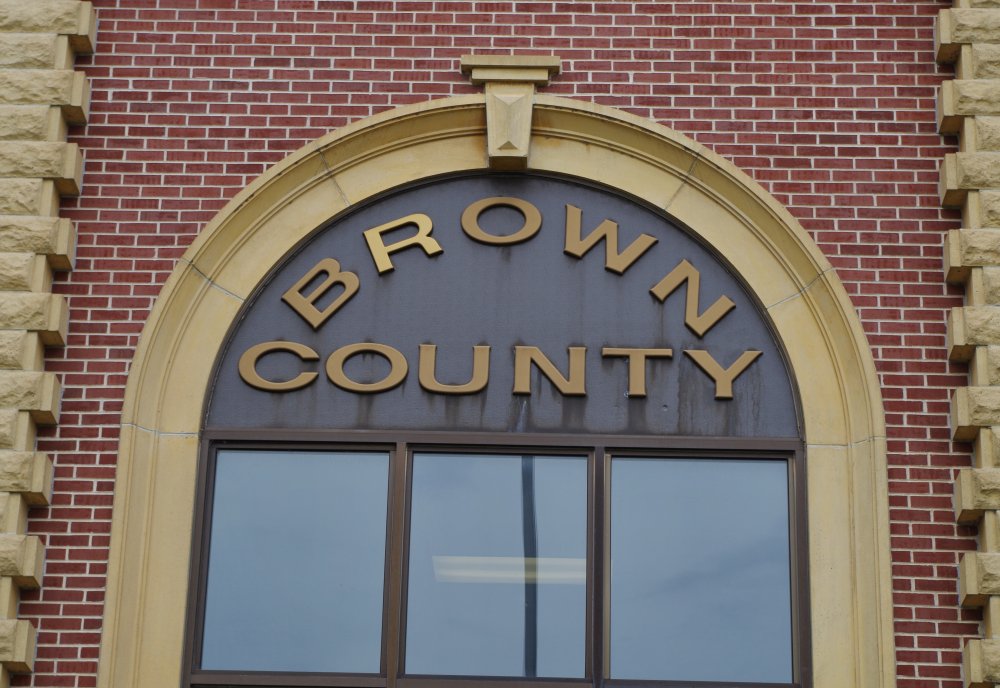 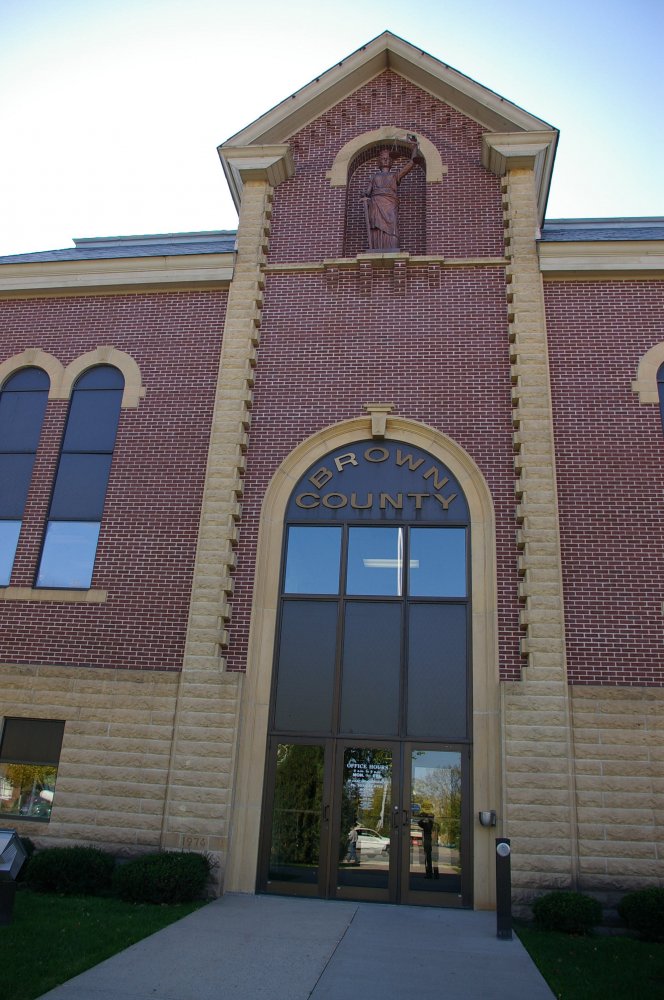 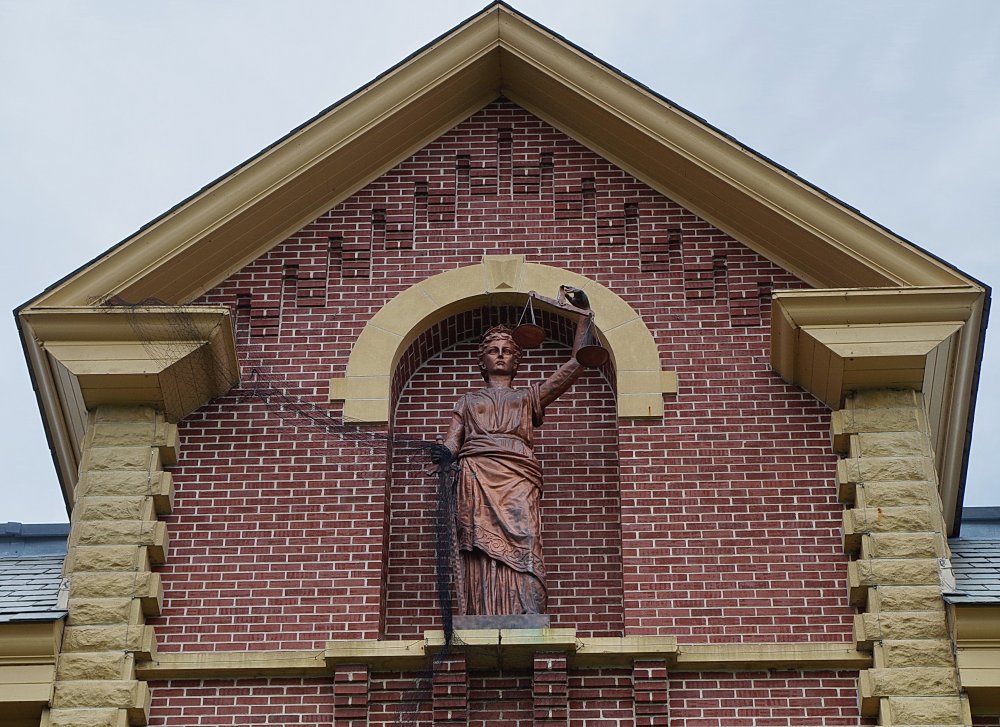 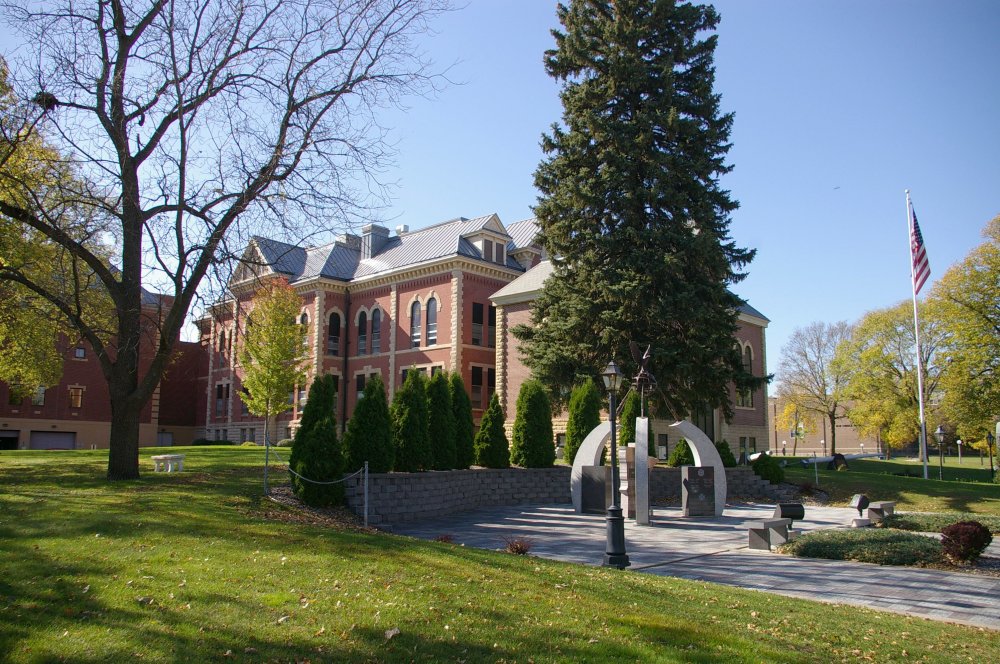 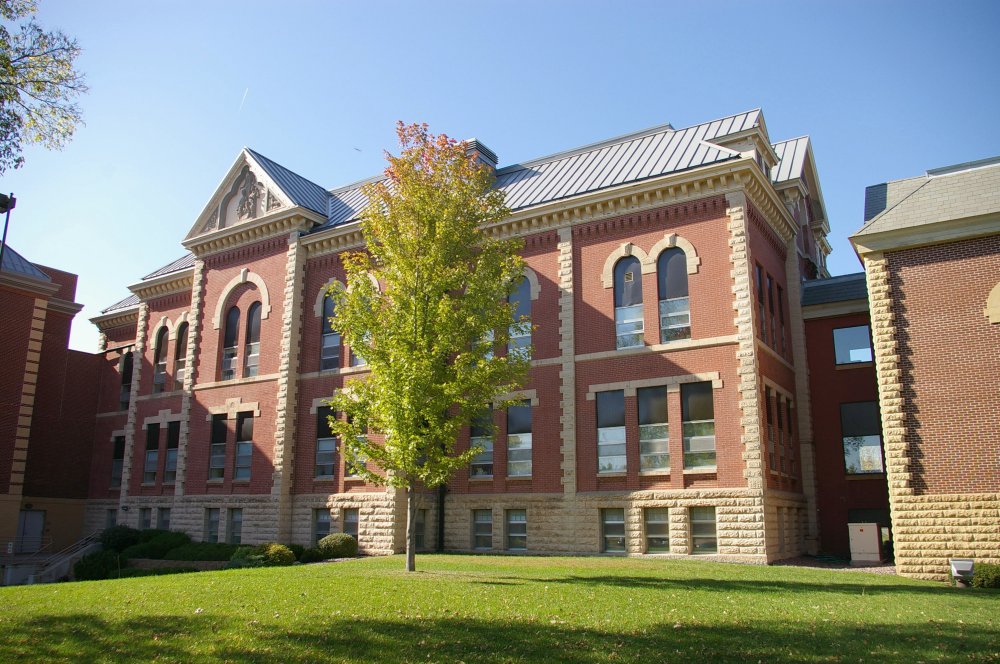 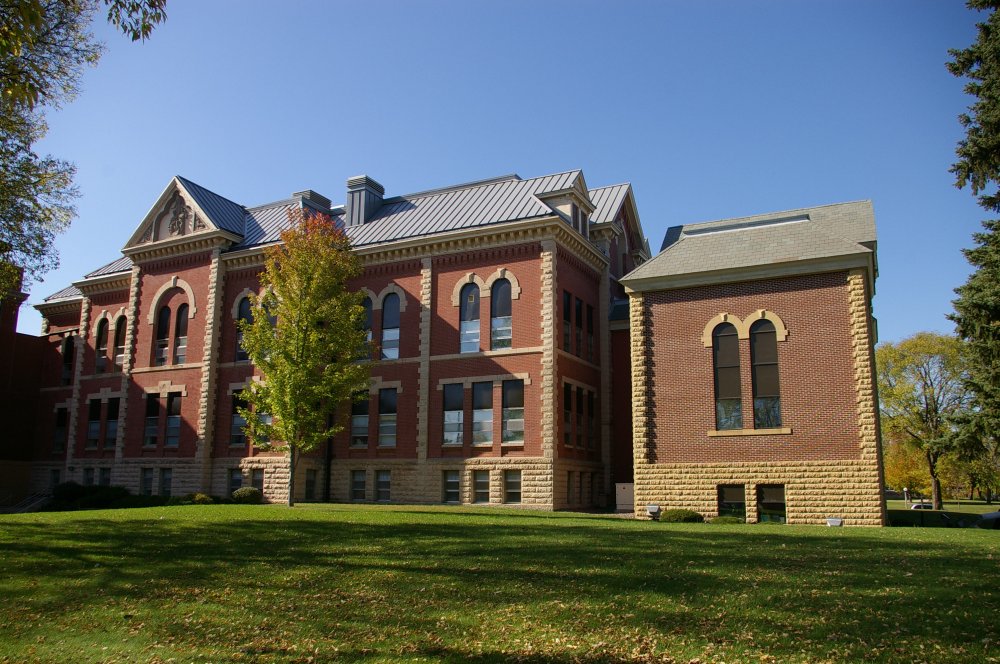 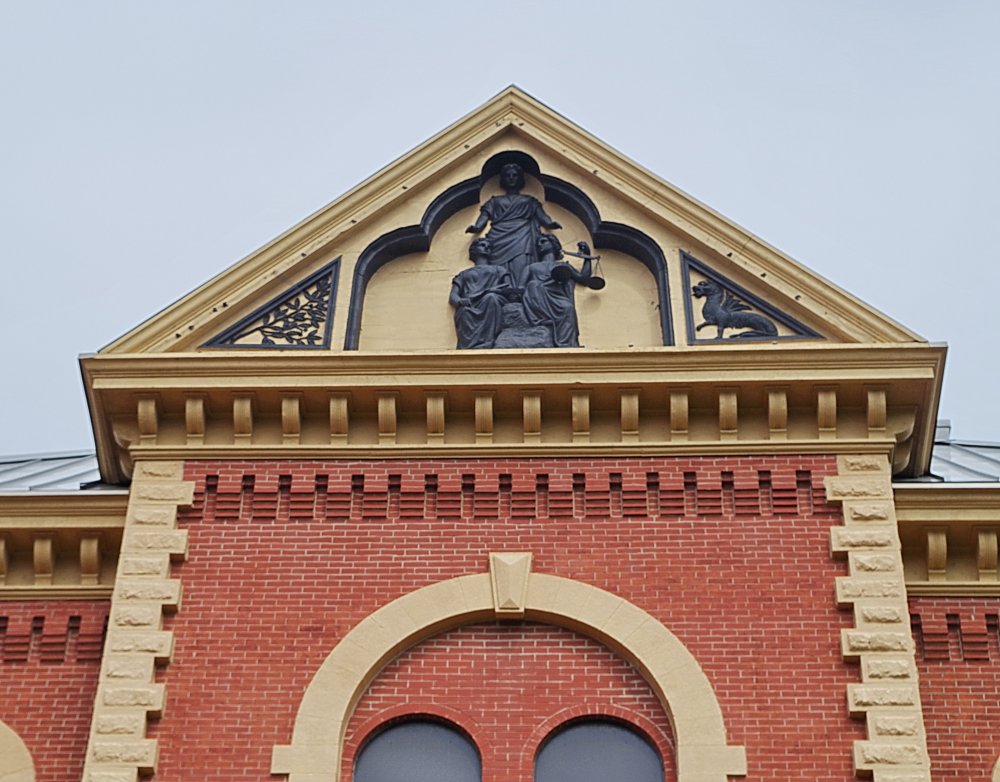 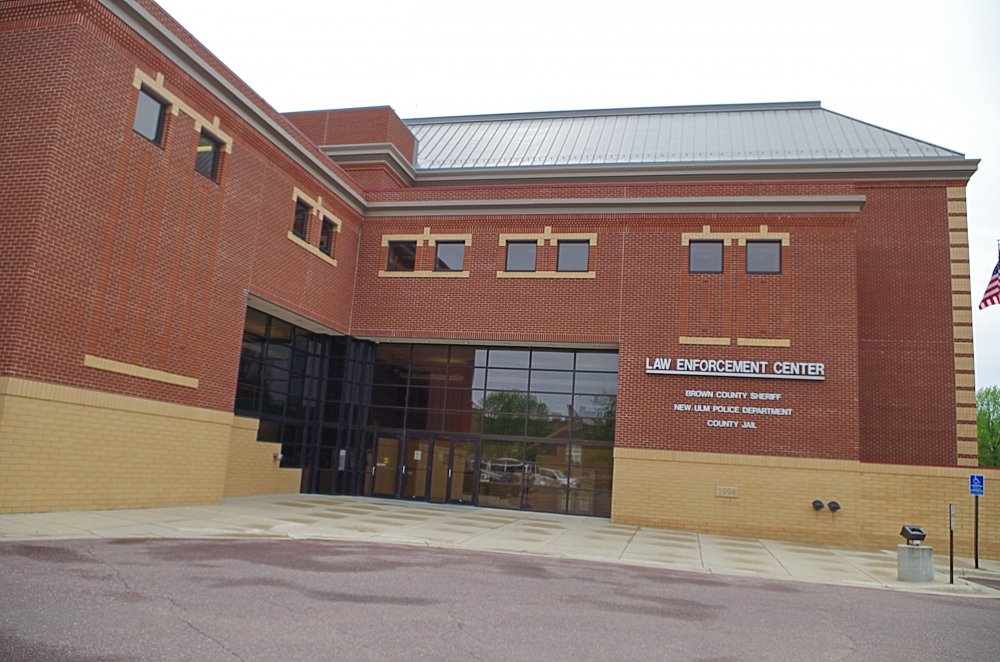 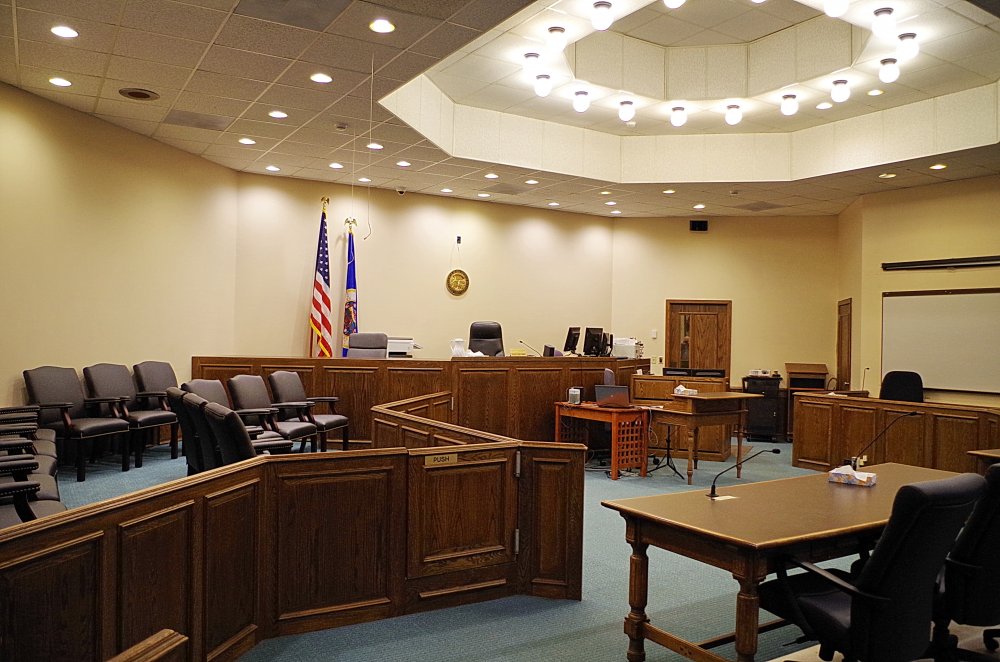 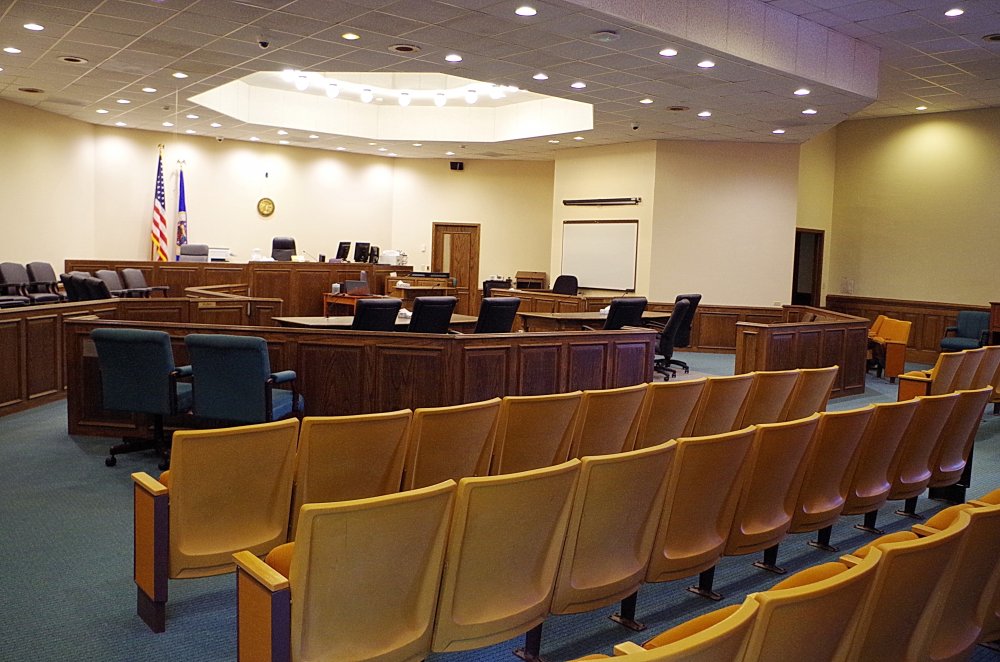 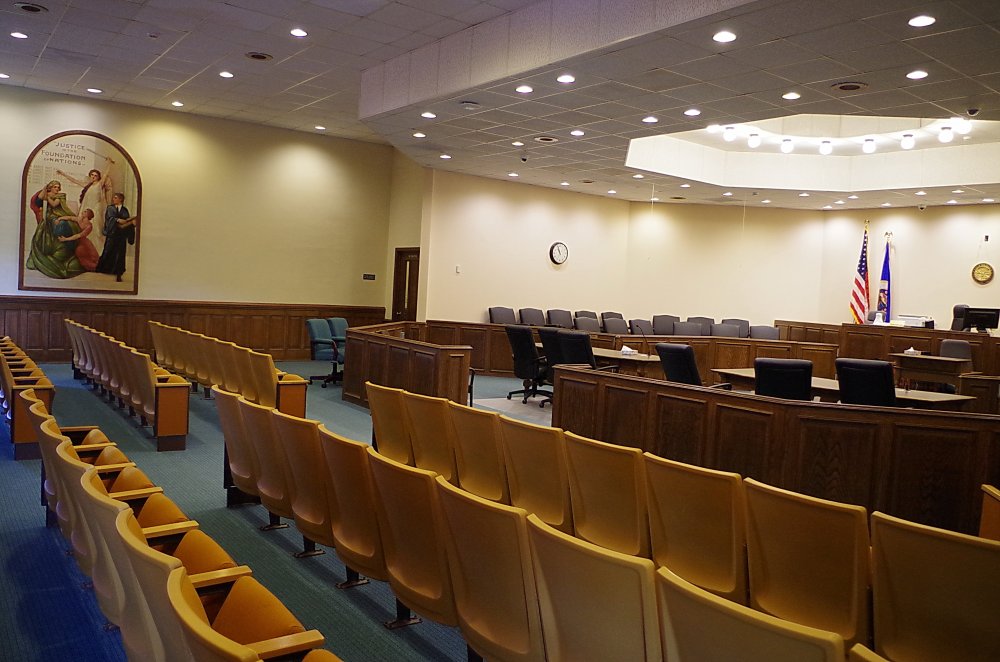 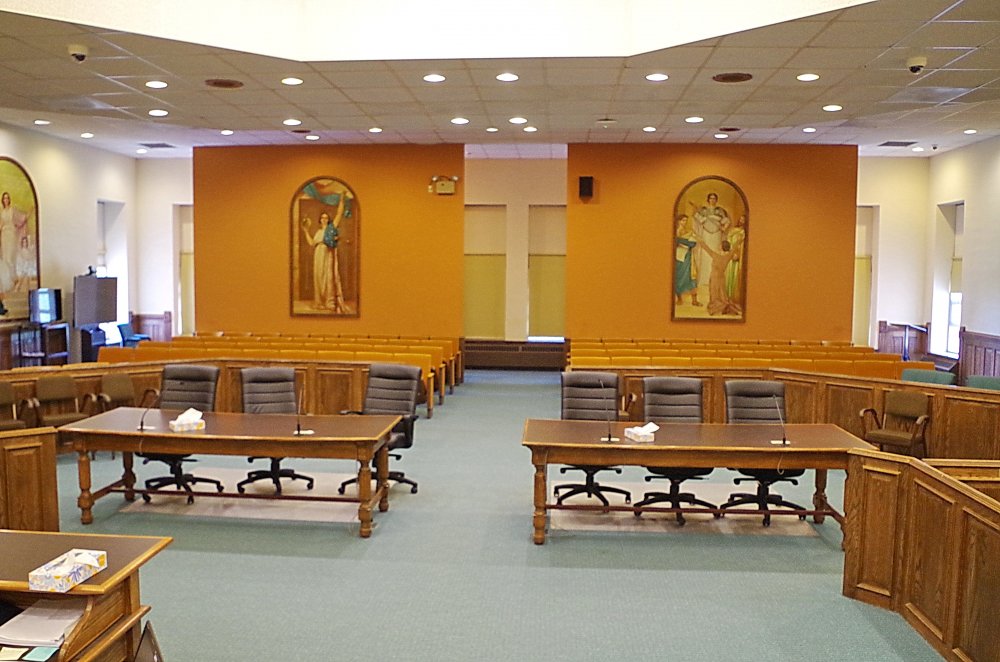 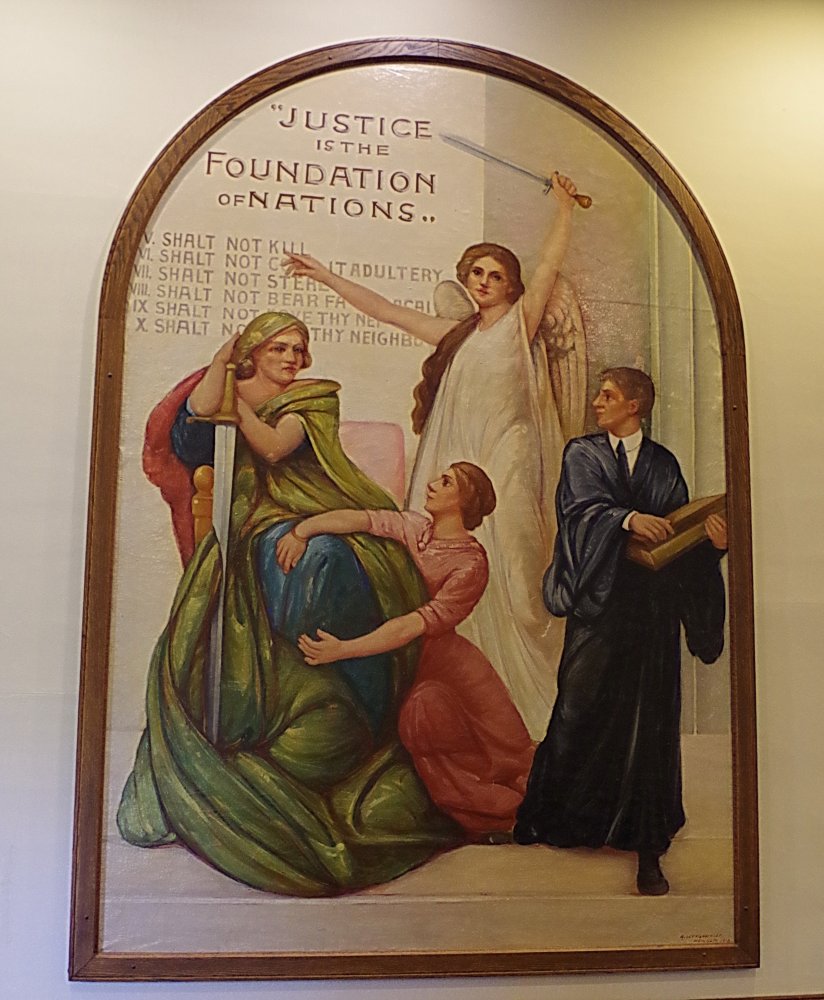 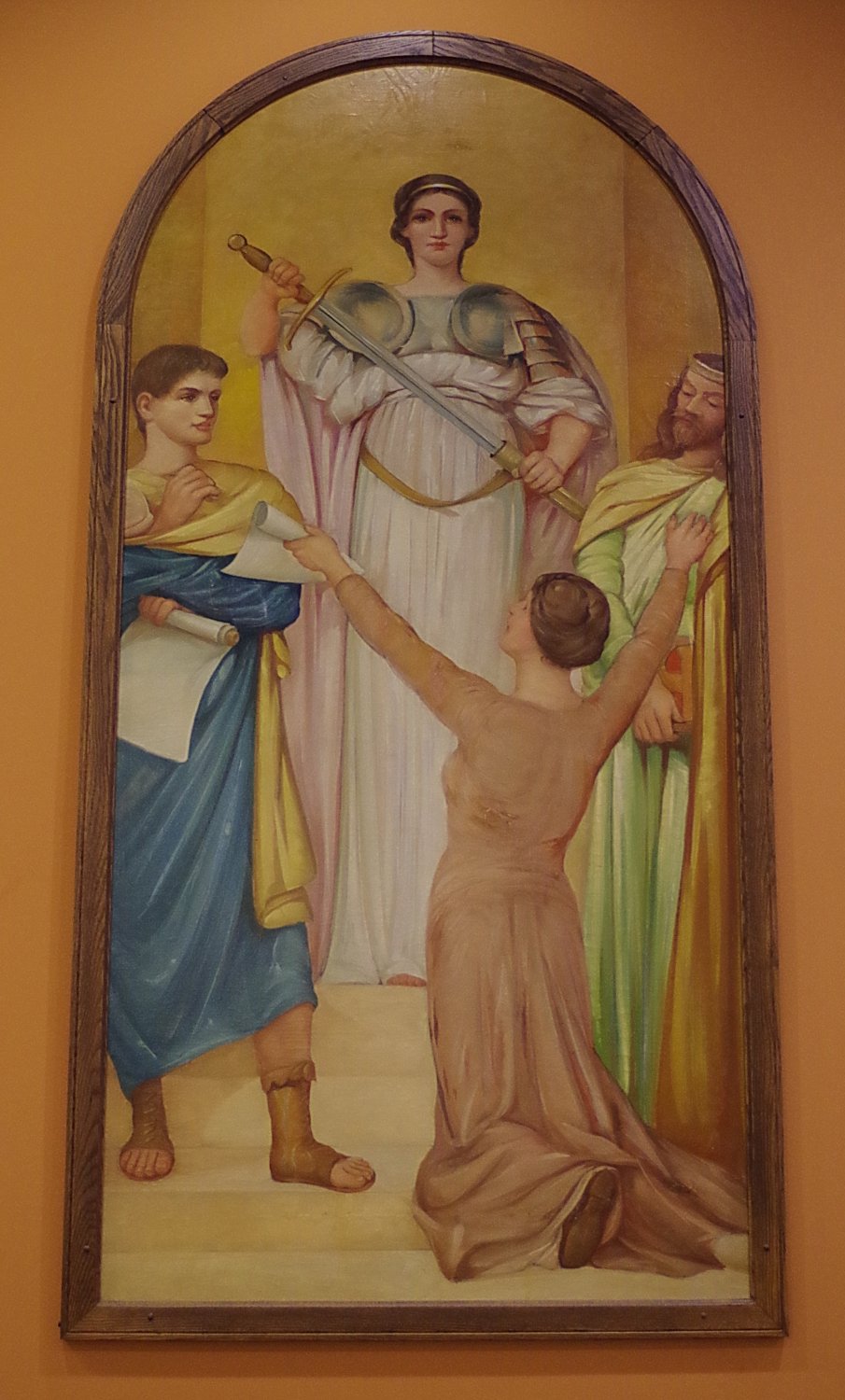 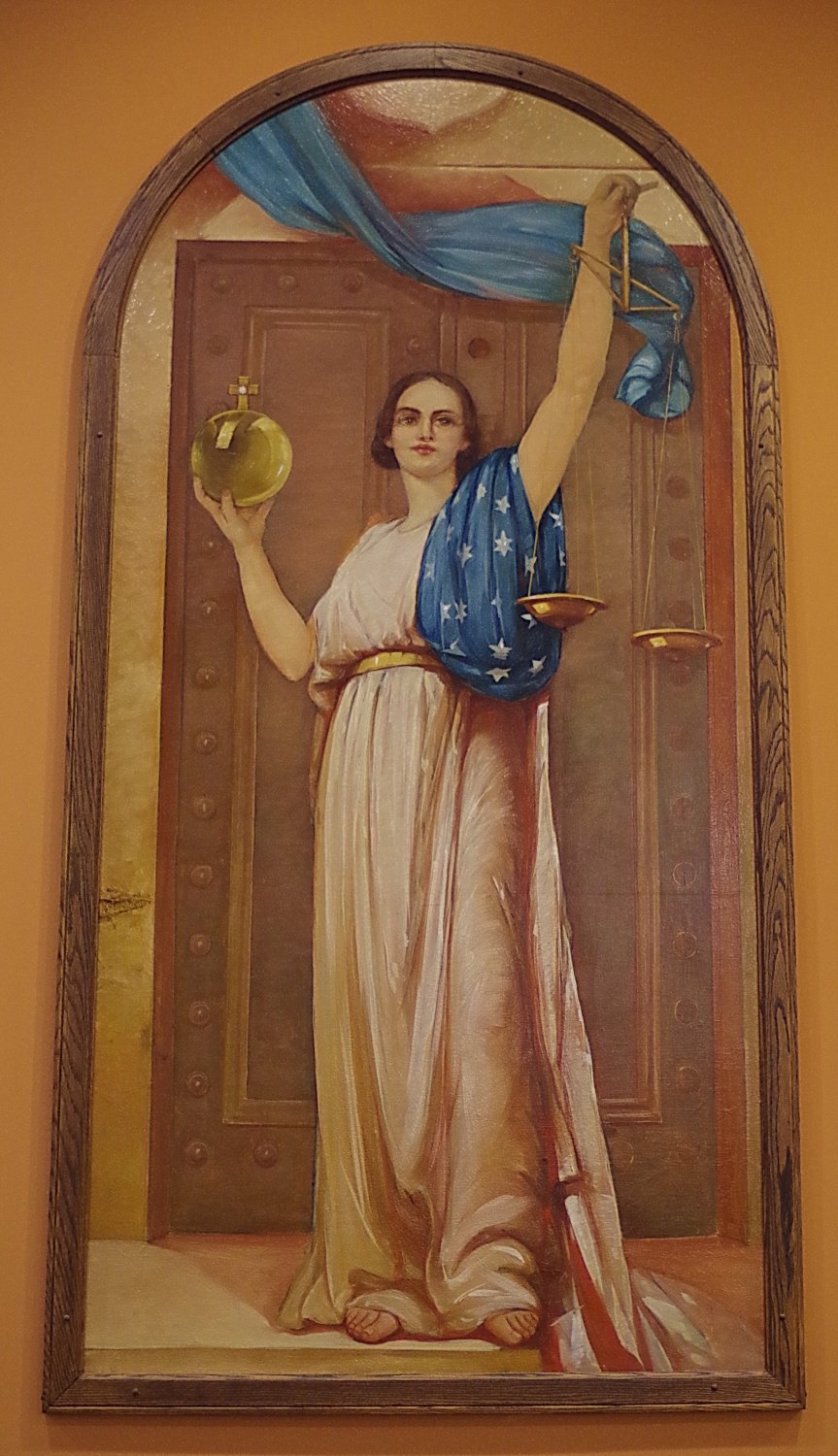 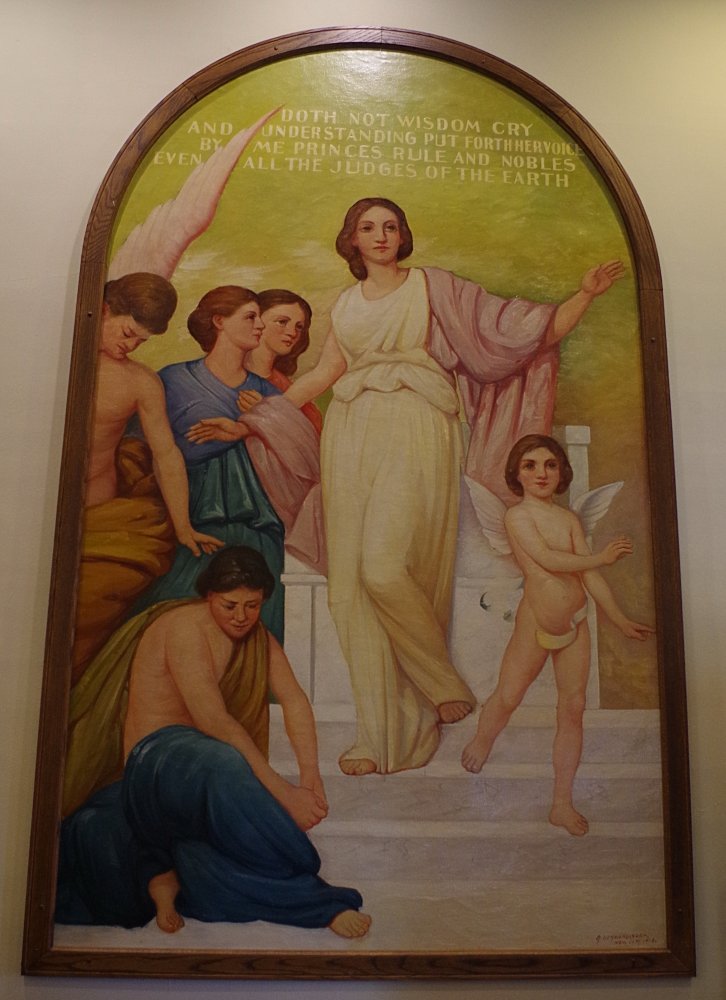