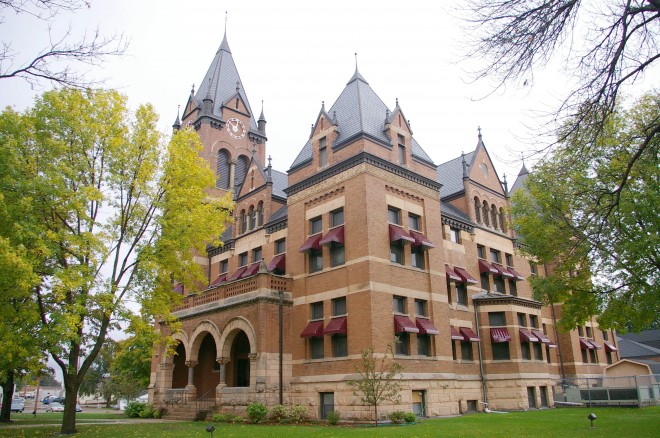 Swift County is named for Henry Adoniram Swift, who was Governor of Minnesota in 1863. and who was elected lieutenant governor and then succeeded to the governorship when Governor Alexander Ramsey resigned to become a United States Senator.

Description:  The building faces east and is a two story red colored brick and stone n structure. The building is located on landscaped grounds in the center of Benson. Two stories and the basement are topped with steep gabled attic and two towers. The major tower rises to double the height of the building. The towers, gables, dormers, cornice and triple-arched entrance are embellished with Kasota stone above the high, rusticated limestone foundation. The building also has Syrian polished granite columns and carved capitals. Inside, the building is finished with golden oak woodwork, parquet floors, oak wainscoting and marble mopboards. The two courtrooms are located on the second story. In 1976, a clock and carillon chimes were installed in the tower. During construction, the Superintendent was John Bergstrom. The building was renovated in 2017 to 2018. The architect was Wold Architects and Engineers and the contractor was Sussner Construction. 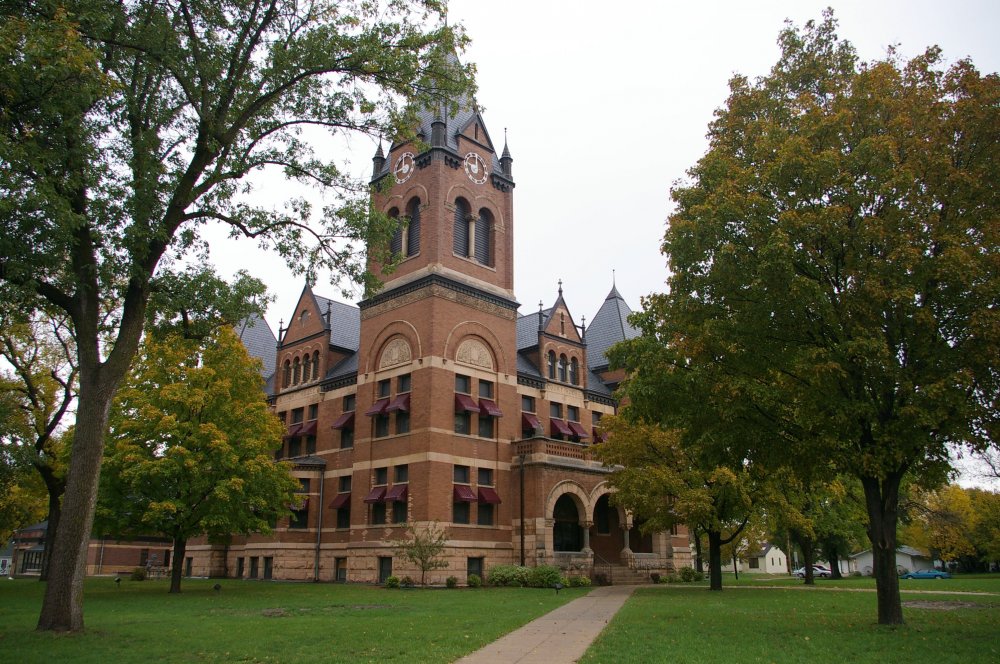 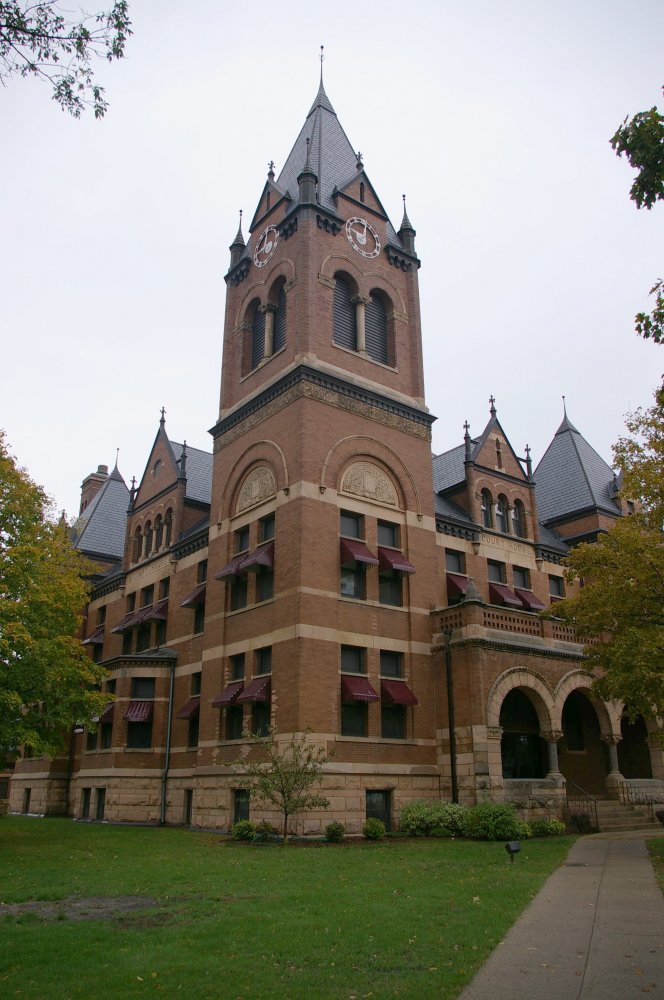 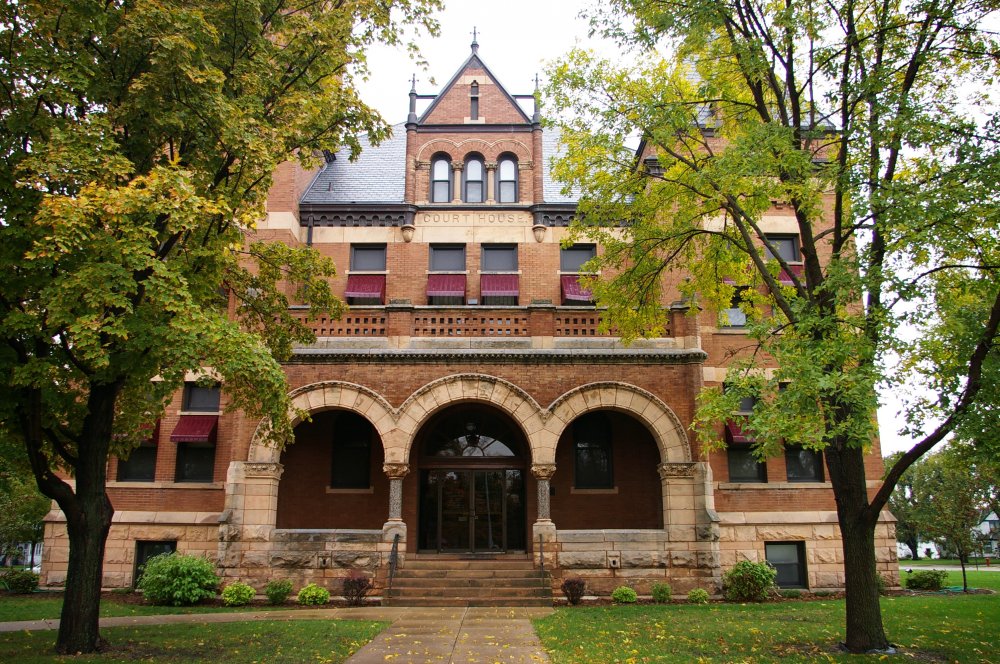 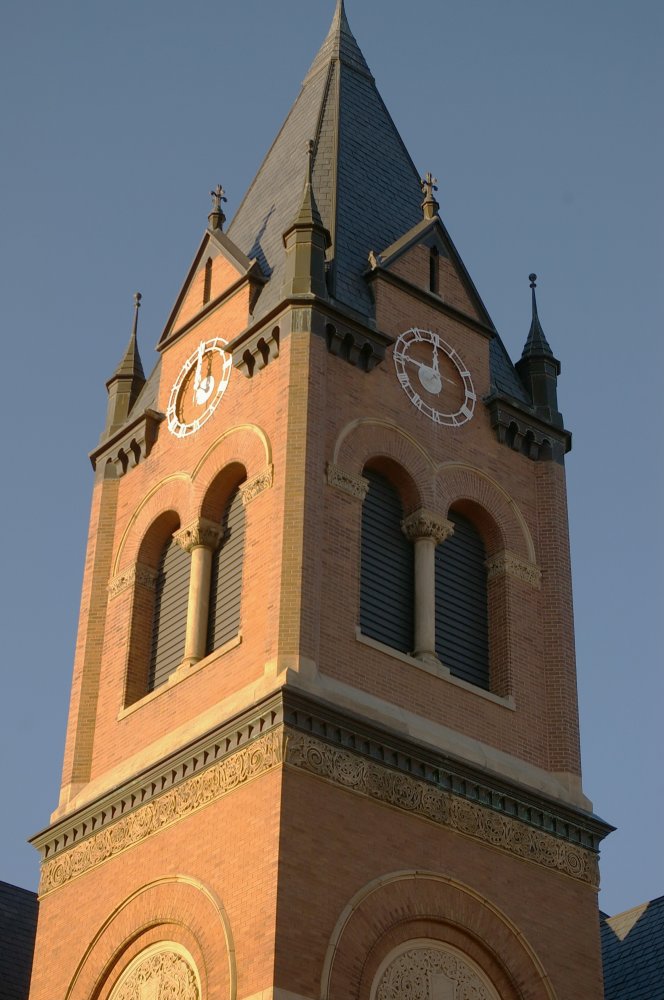 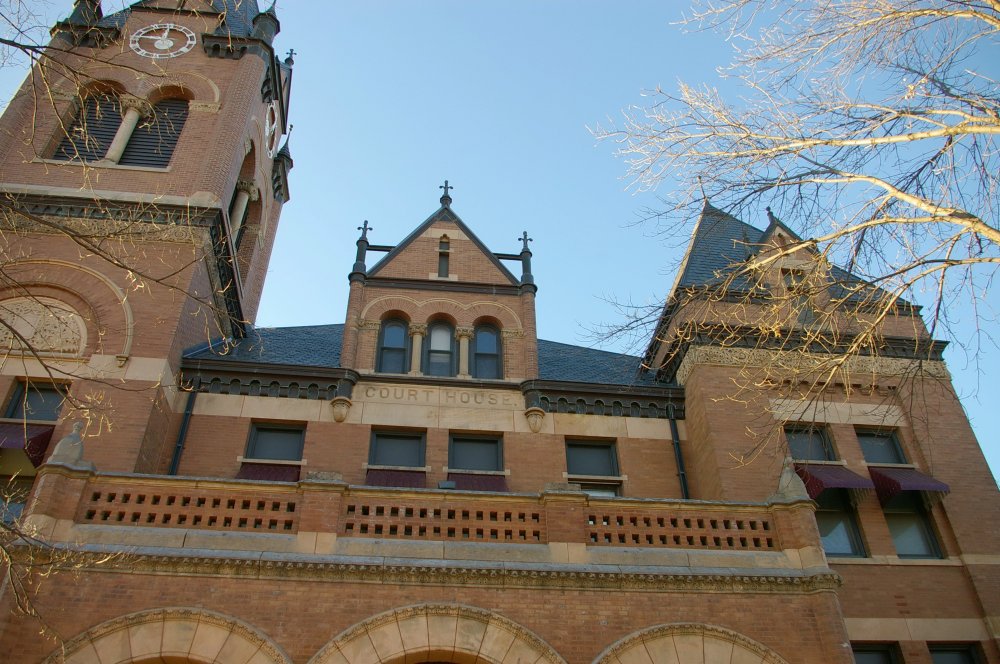 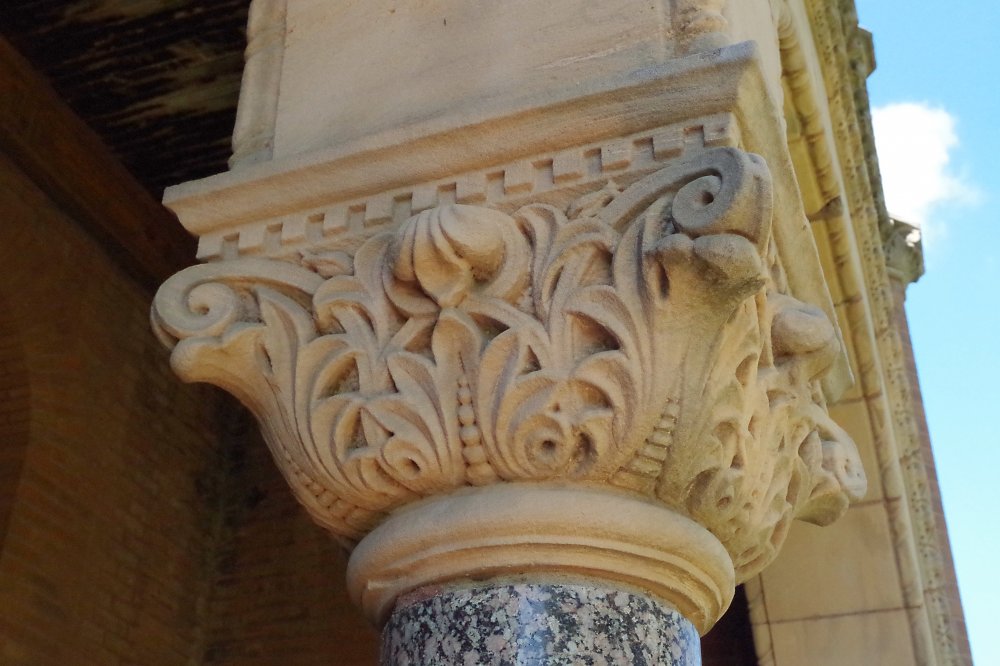 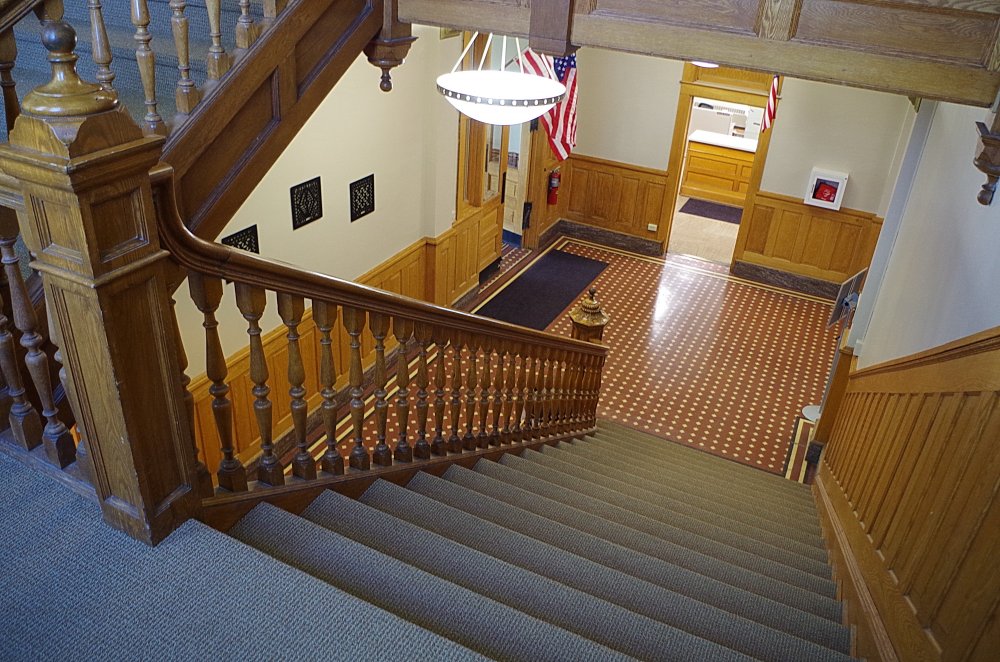 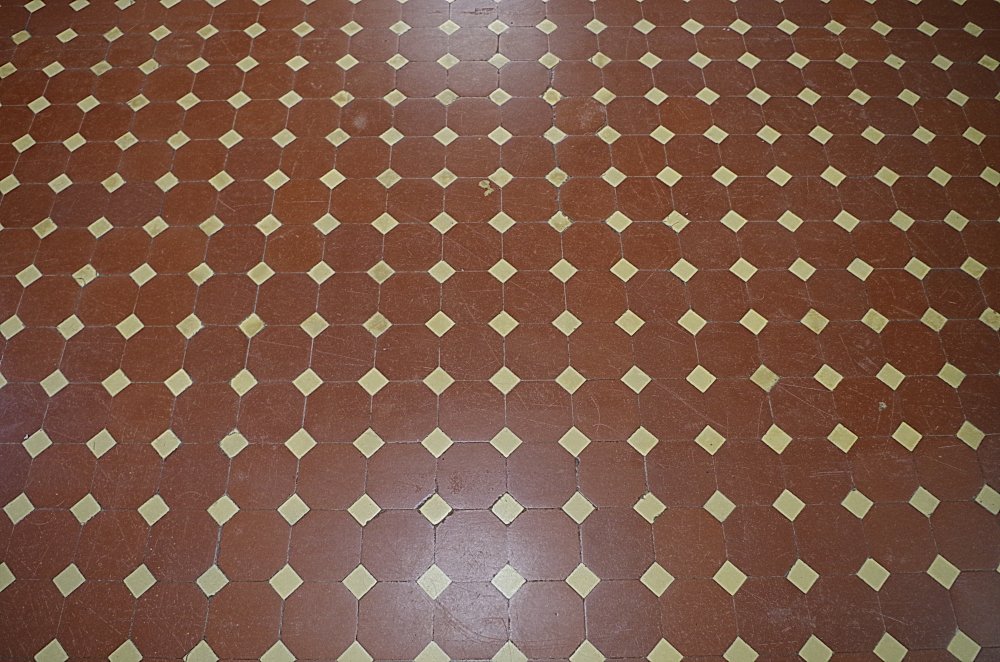 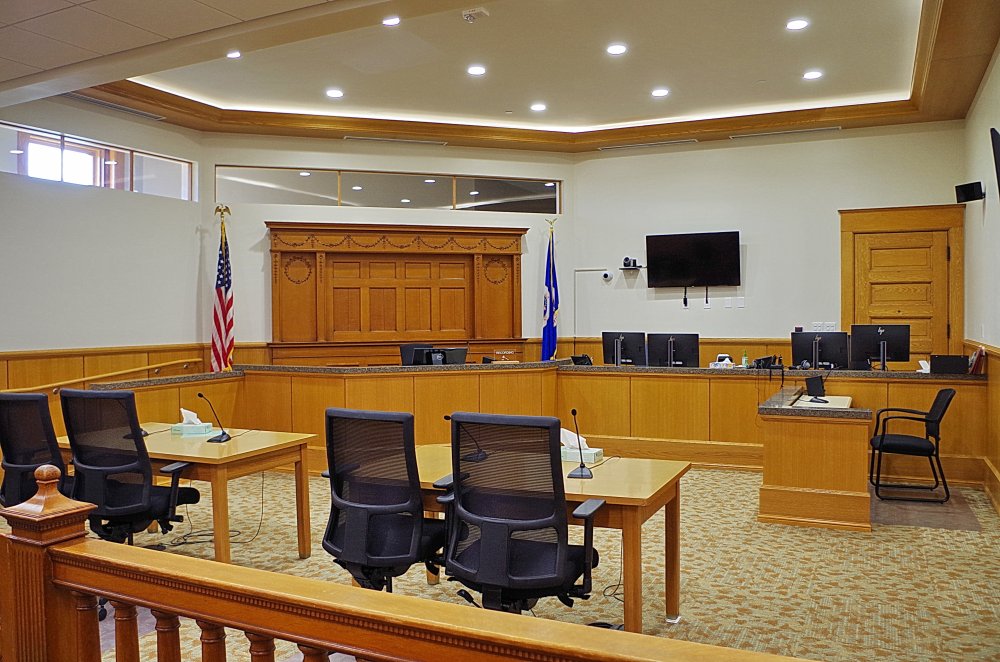 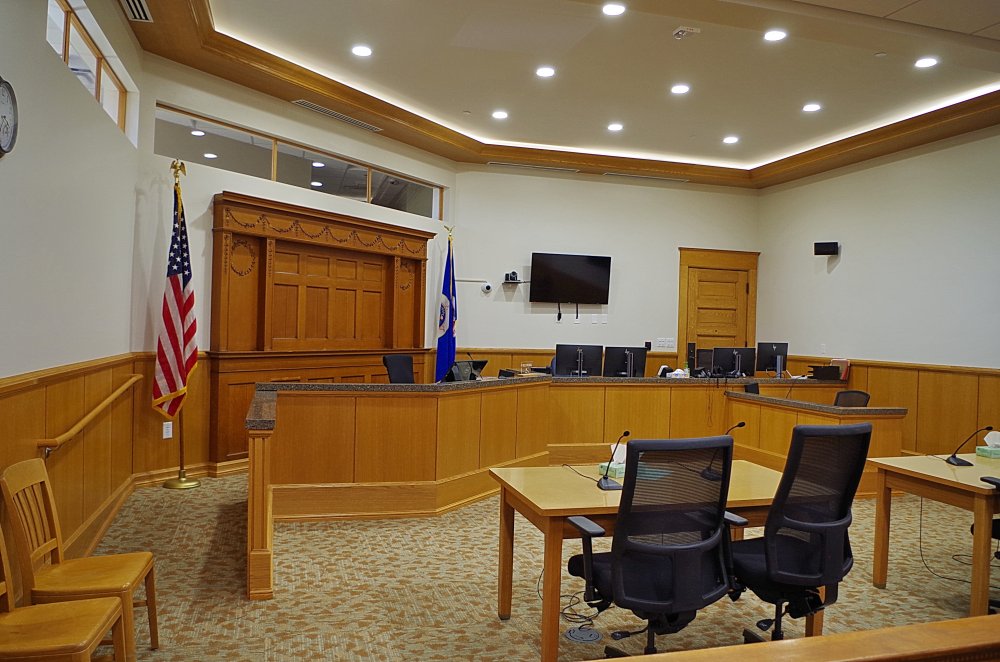