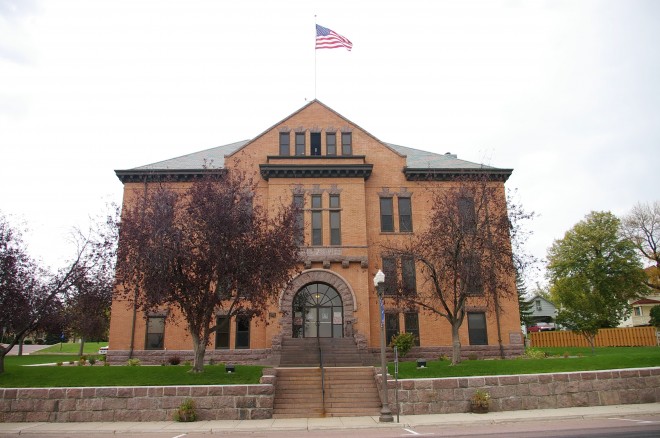 Big Stone County is the named for Big Stone Lake located in the county and is the translation of the Dakota Native American name for the lake, which alludes to the large outcropping of granite near the foot of the lake. 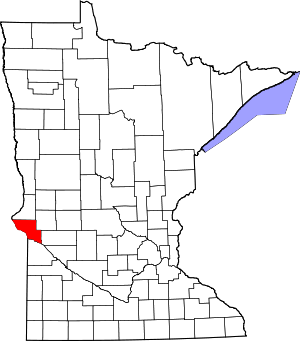 Style:  Gothic between Romanesque and Classical

Description:  The building faces west and is a three story light tan colored brick structure. The building is located on landscaped grounds on a hill top in the center of Ortonville. A five foot tall rockfaced purple granite retaining wall runs along the front of the building. The building is accented with Ortonville granite in a transitional style between Romanesque, in the central arched doorway, and Classical formalism, shown in the arrangement of the windows. The central pavilion, wide gable and key-stoned lintels of the windows carry out this theme. The interior of the building contains a dramatic central rotunda that rises from the first floor to the peak of the roof. The ceiling of the rotunda contains an eight-sided dome-like vault with eight curving stained glass panels and an octagonal stained glass occulus. Beneath the base of the vault are four tall rounded arches supporting an embellished plaster entablature. The interior of the building retains maple flooring, oak woodwork and original furnishings, brass fixtures, and a large oak staircase with turned balusters. The second story courtroom has original oak furniture, plaster medallions on the ceiling, and Art Deco light fixtures. 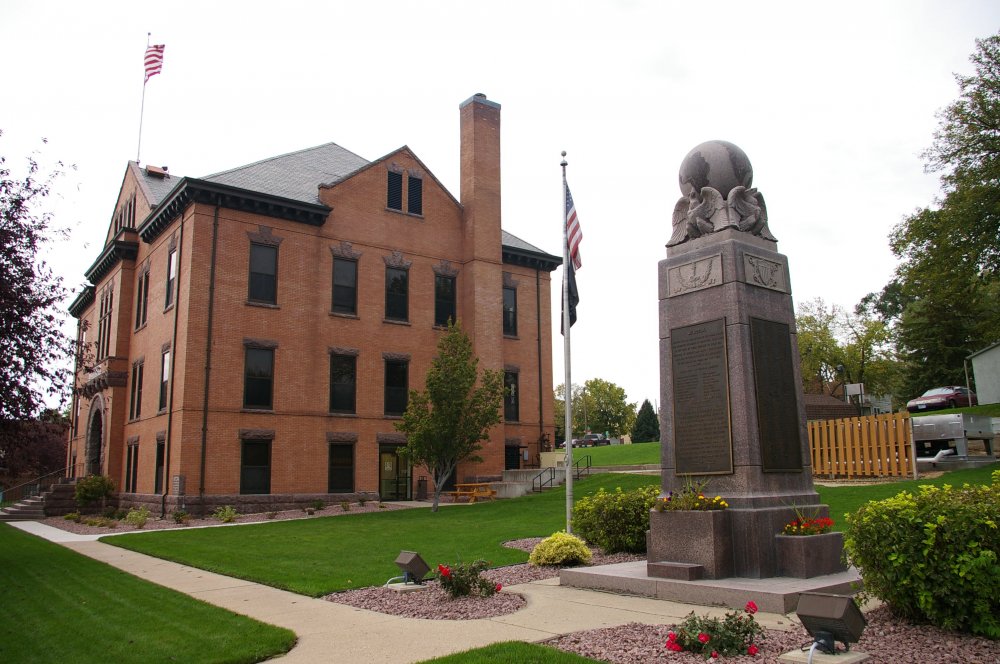 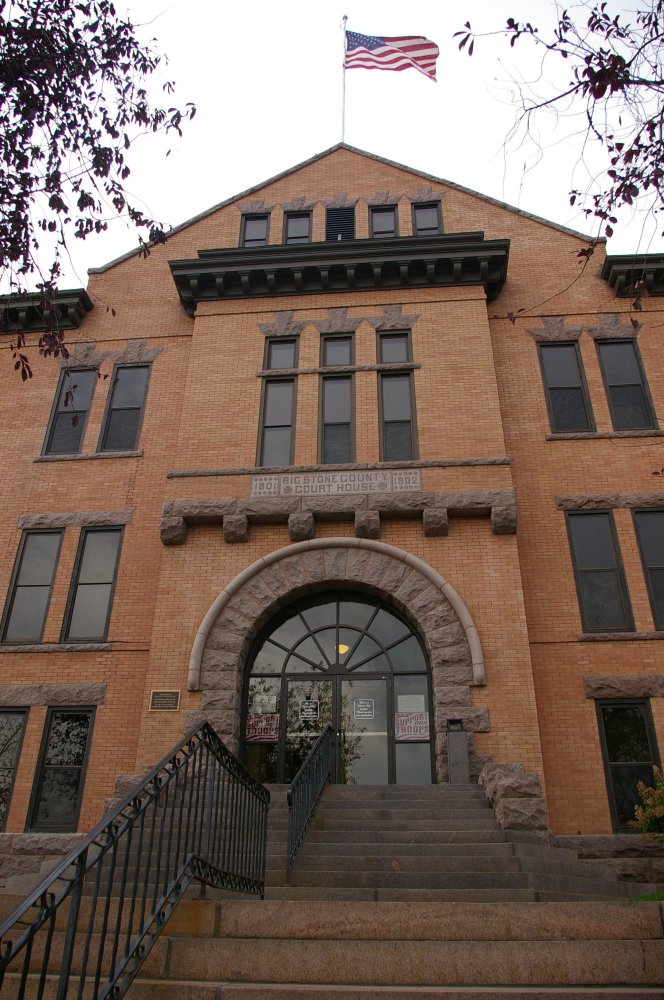 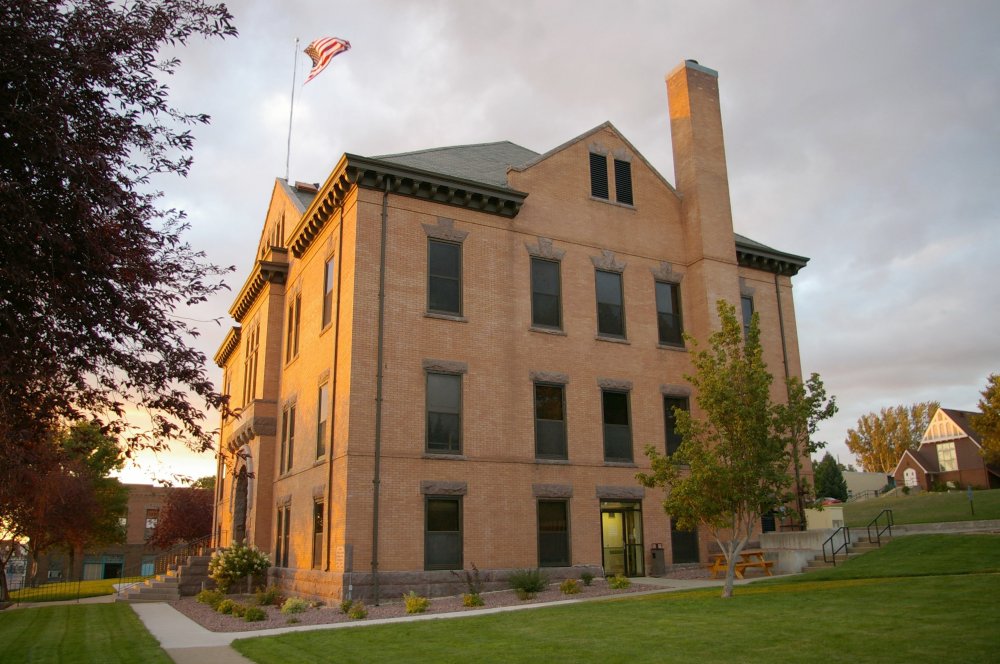 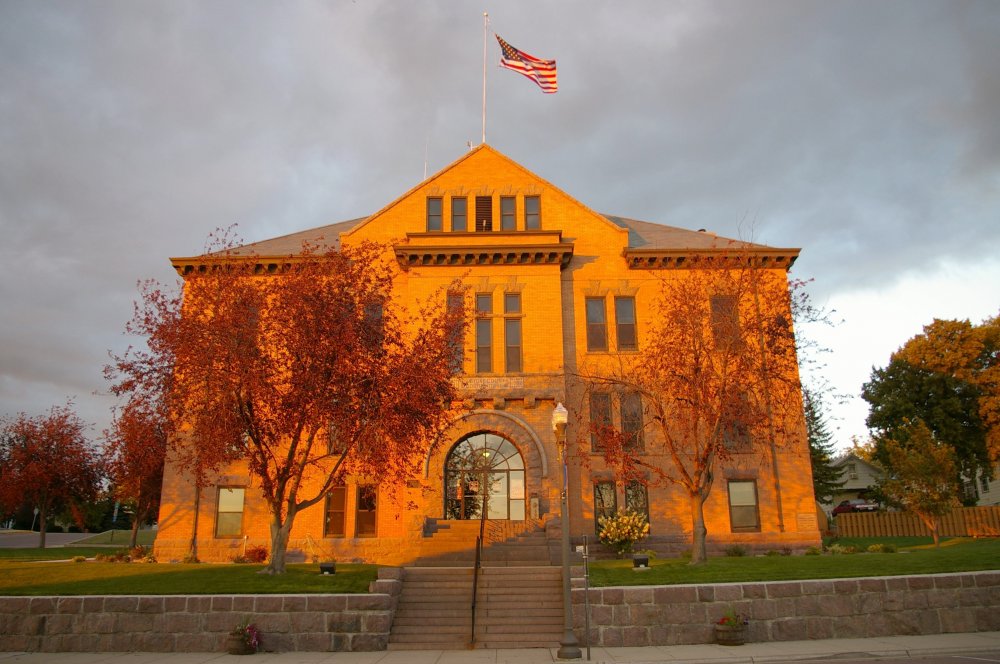 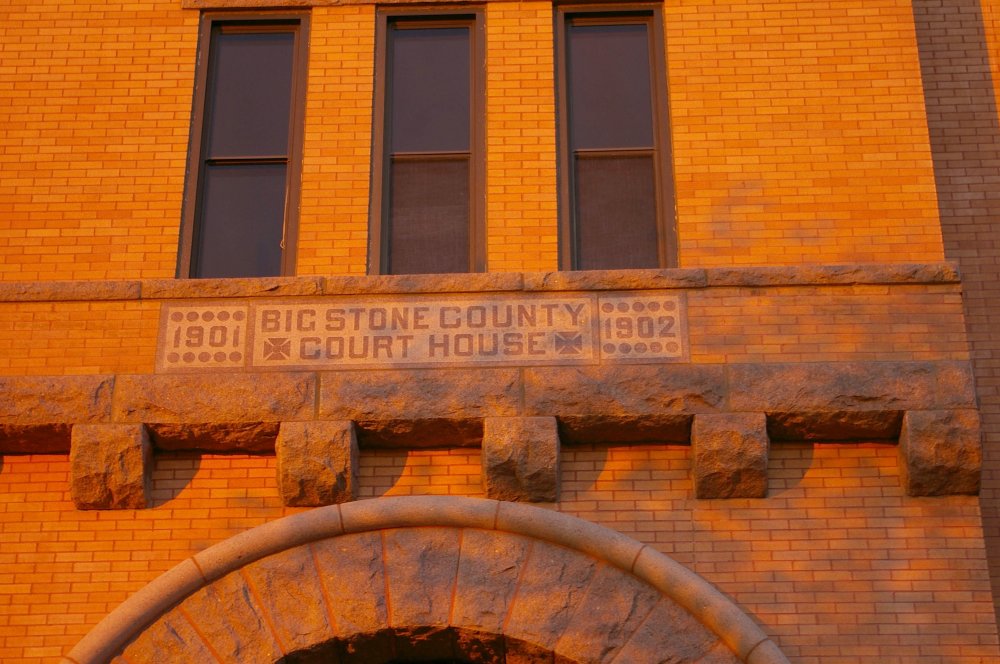 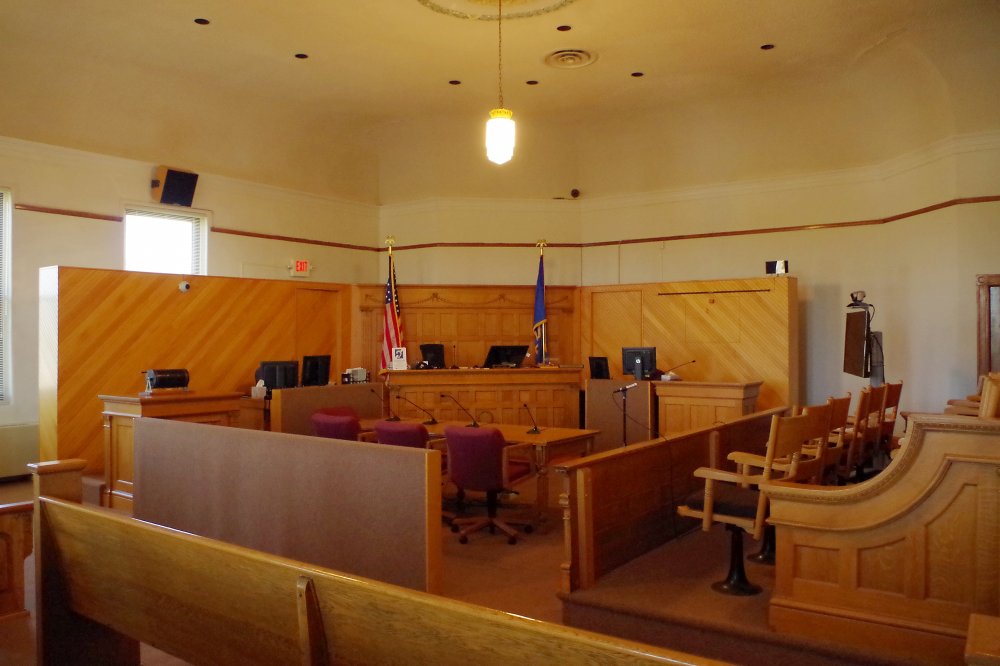 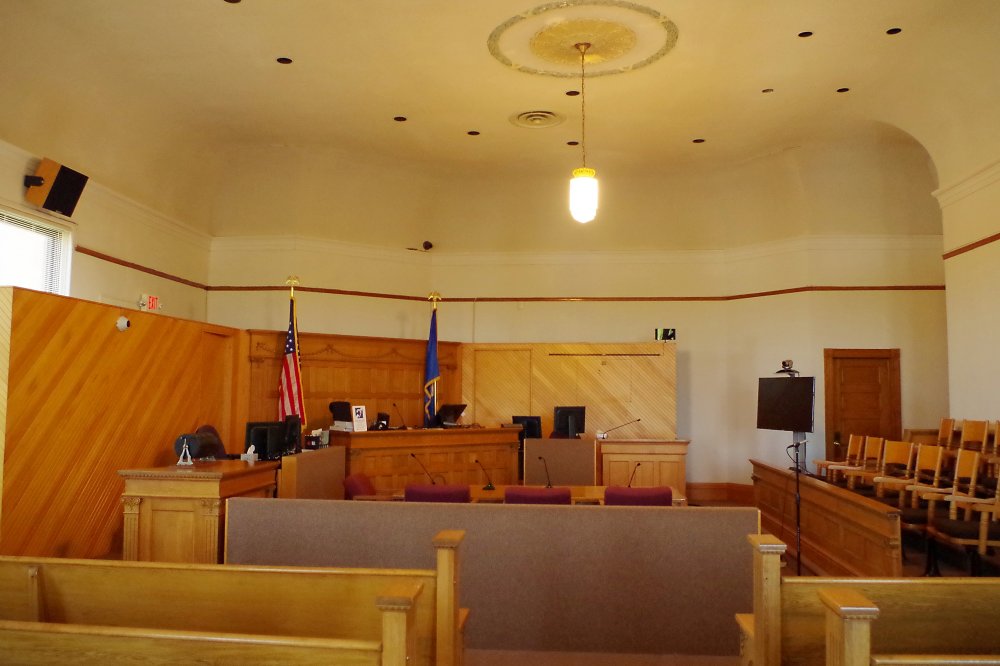 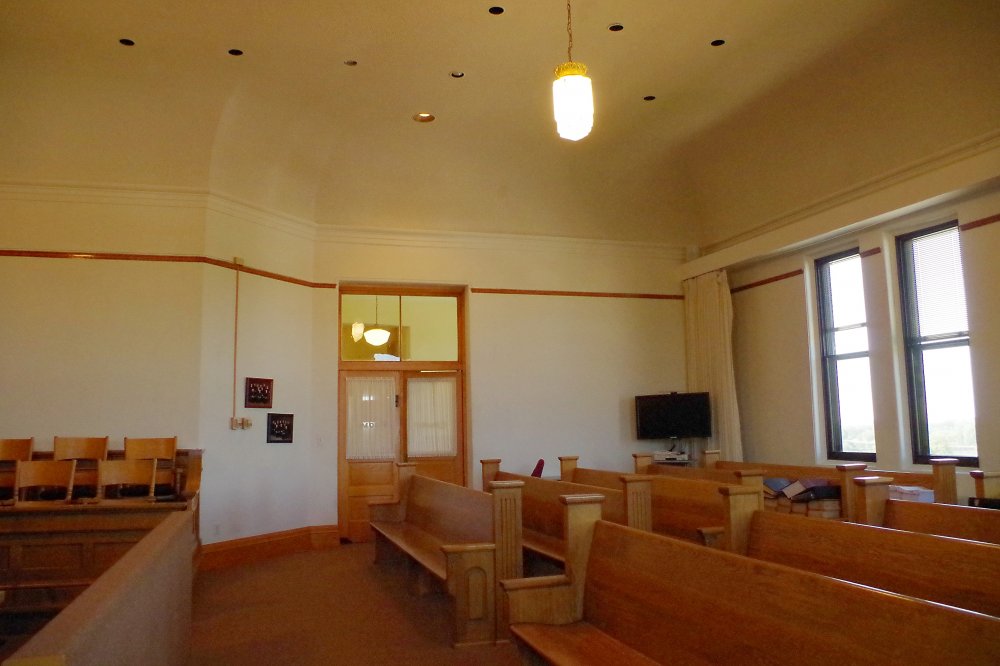 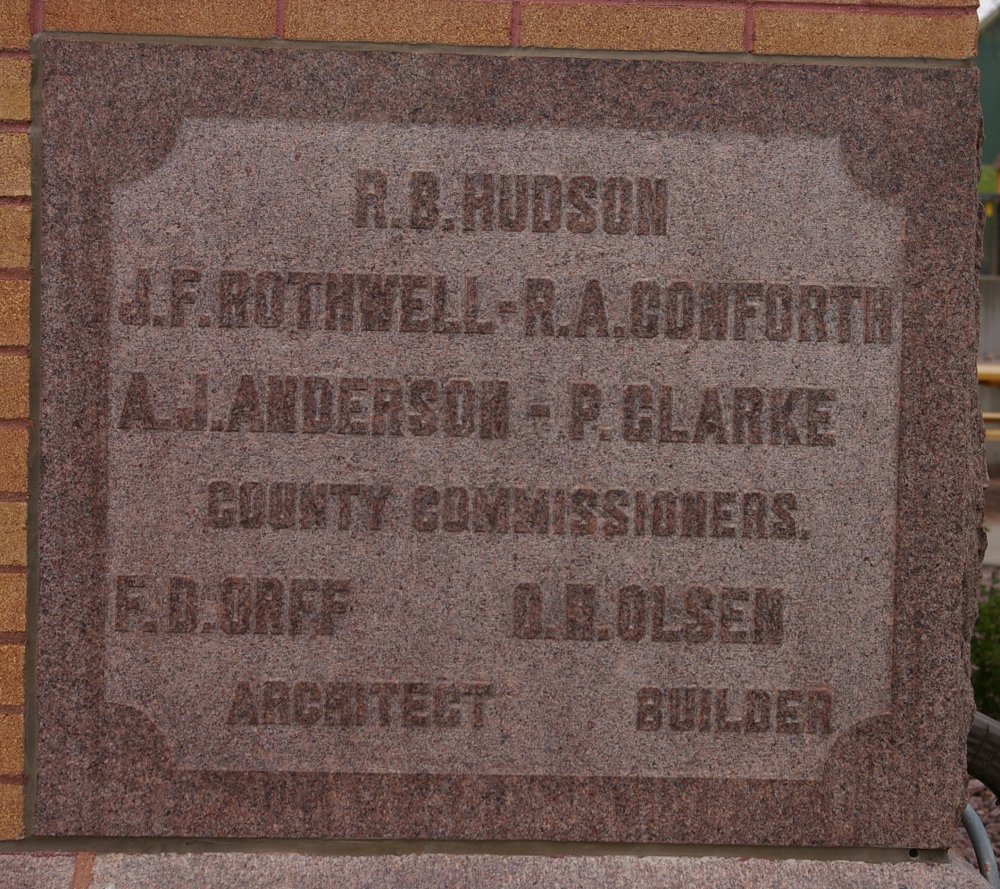