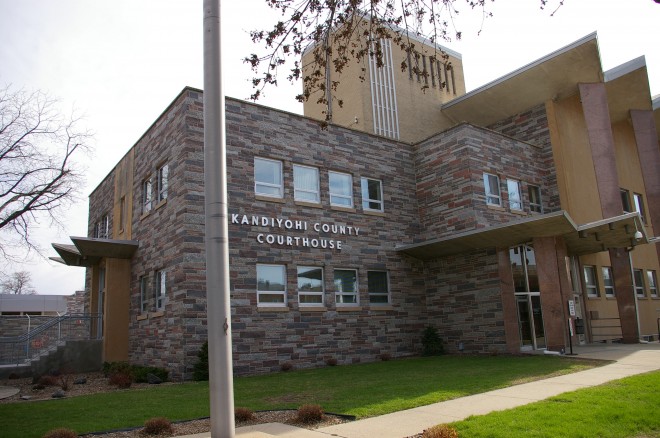 Kandiyohi County is taken from the Dakota language meaning “where the buffalo fish come”. The fish swim upstream in the region’s rivers to spawn.

Description:  The building faces north and is a three story stone and concrete structure. The building is located on landscaped grounds in the center of Willmar and has a projecting folded roof line which is supported by three-story pylons, and its varied surface treatment reflect the style of many 1960′s buildings. Gray colored, random-coursed ashlar covers the walls except for the north front of the three-story section beneath the saw-tooth roof, which is faced by smooth panels of tan stone. The pylons supporting the roof and pagoda-like canopies over the doorways are made of polished pink granite. Terrazzo and metal decorate the interior public spaces, while the three courtrooms are finished in oak paneling. The building is 174 feet by 68 feet. Originally built for two-stories, a third story was added later. 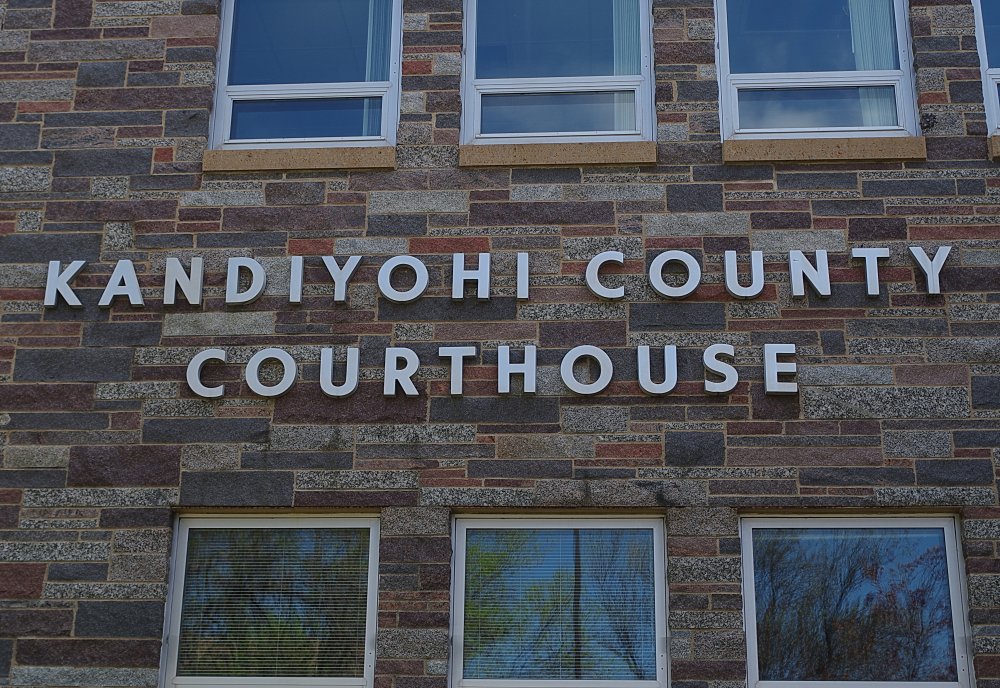 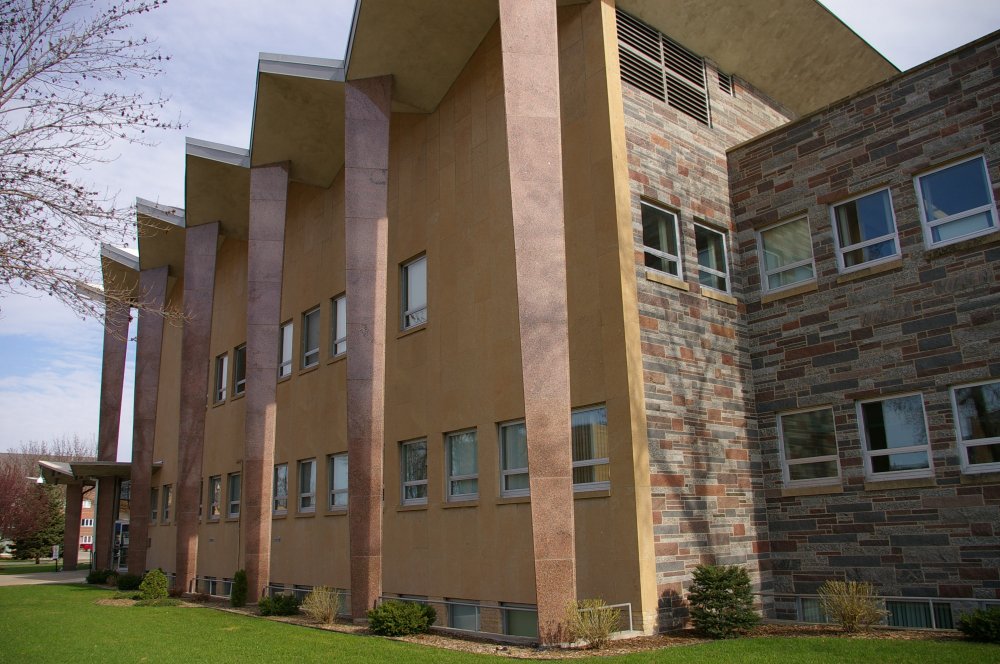 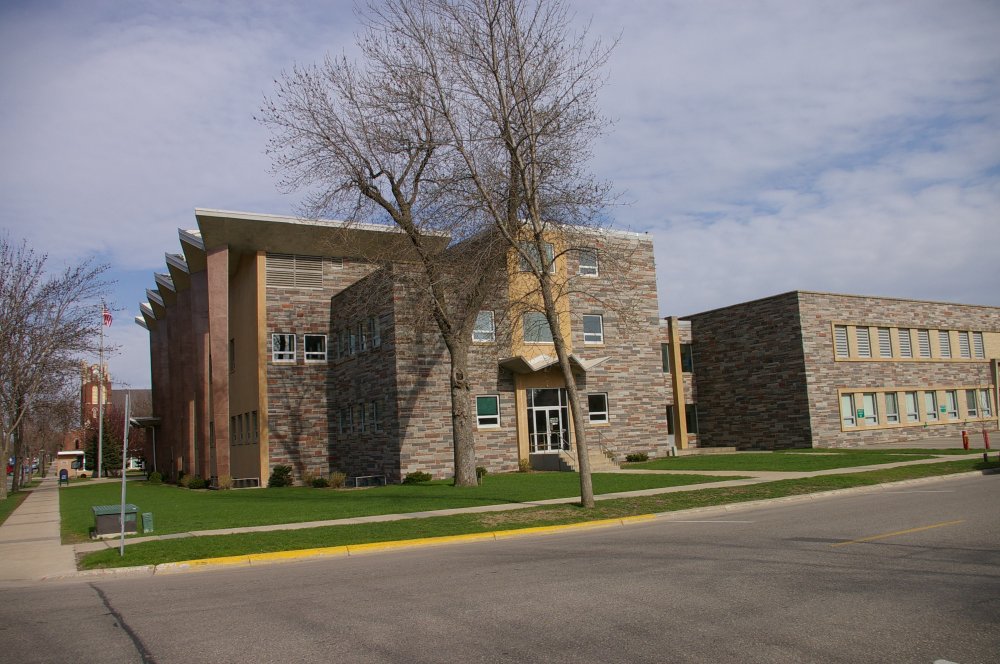 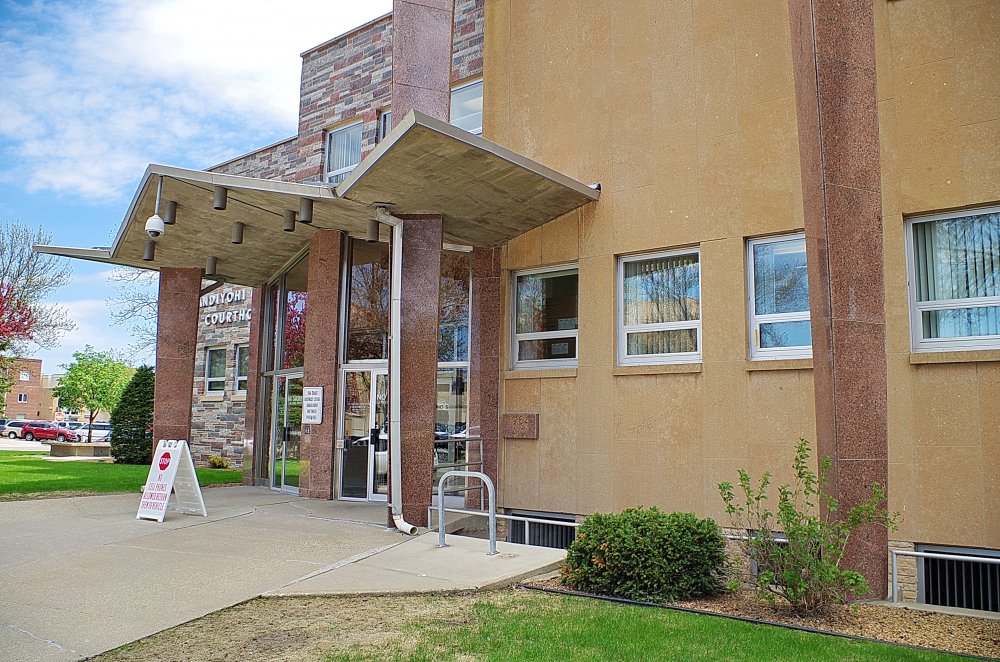 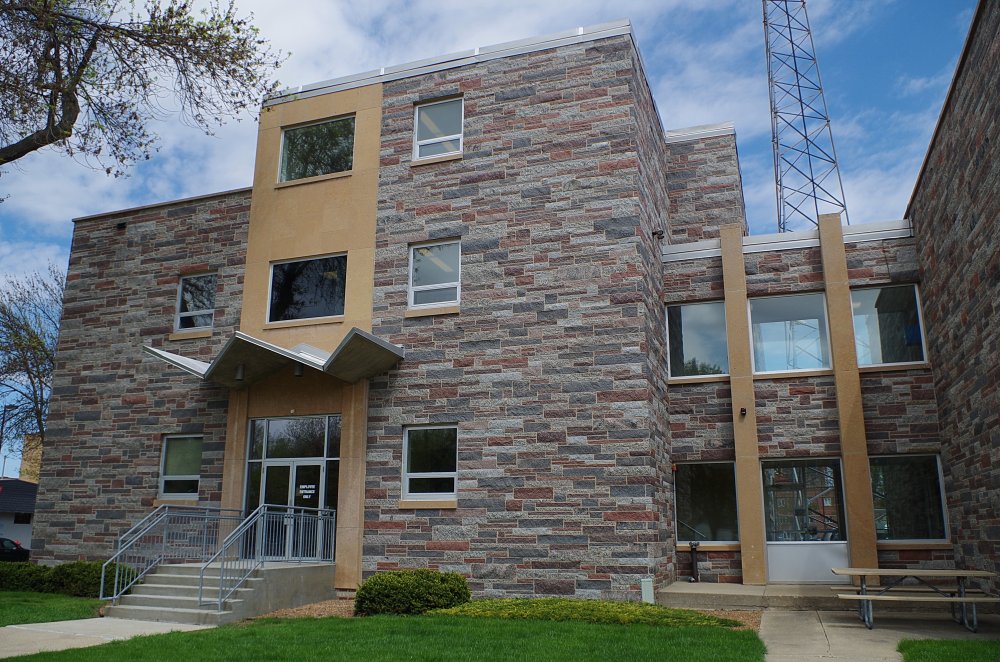 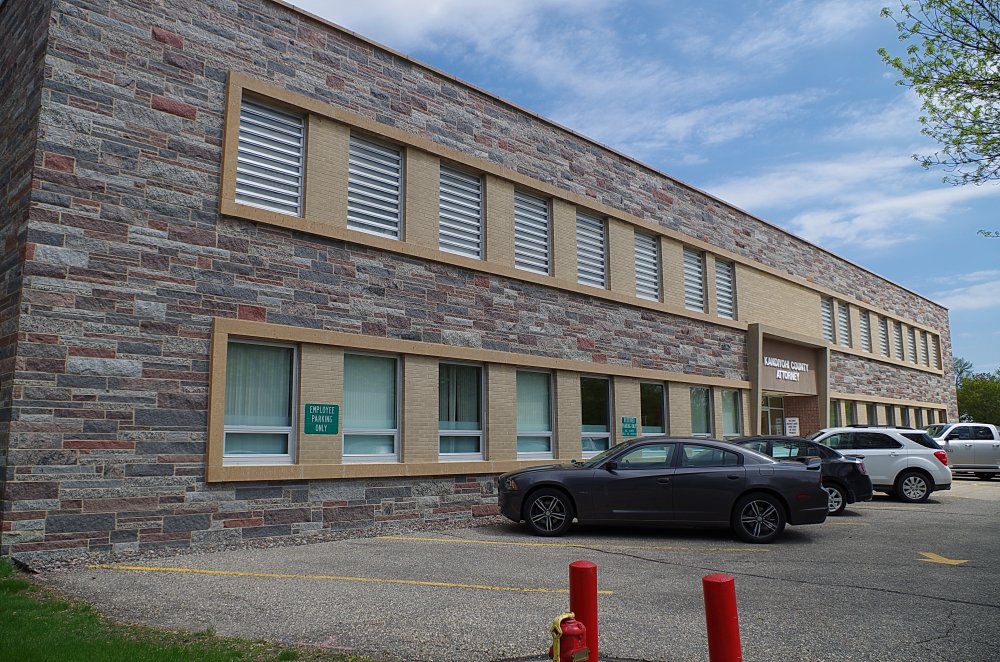 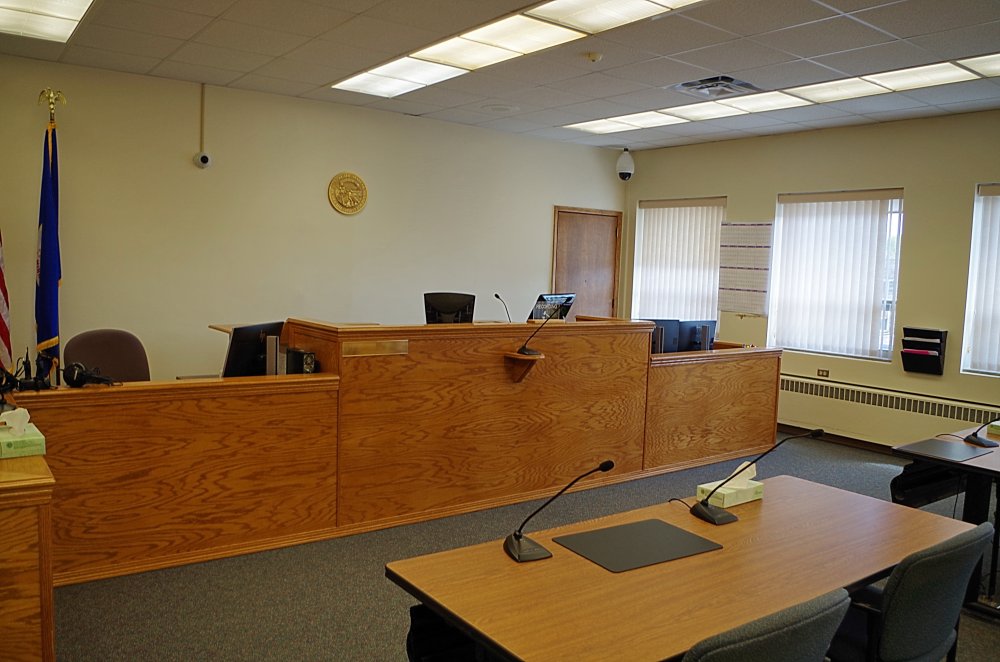 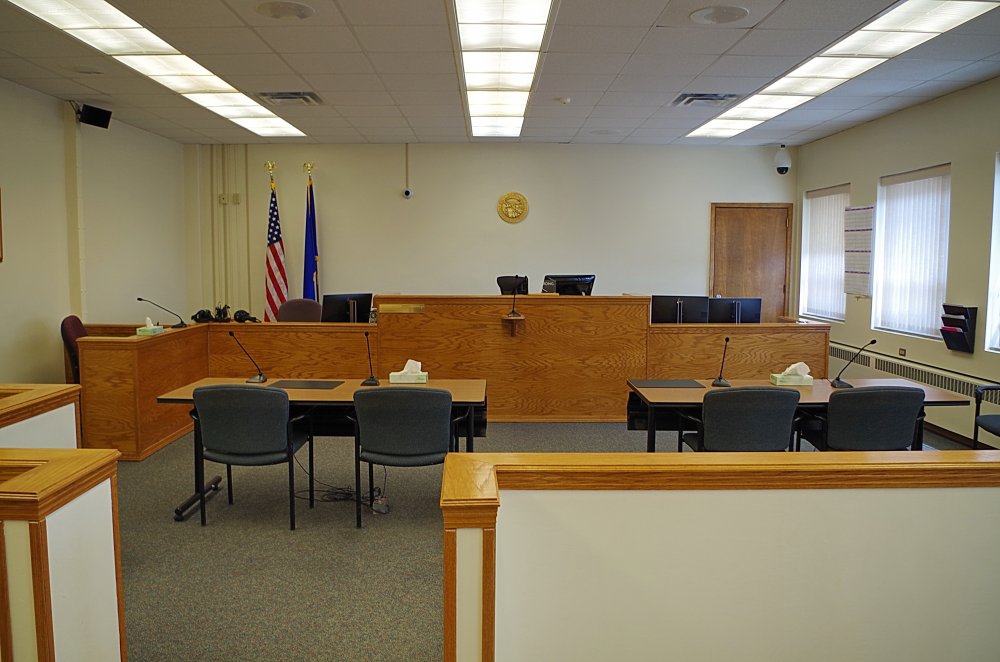 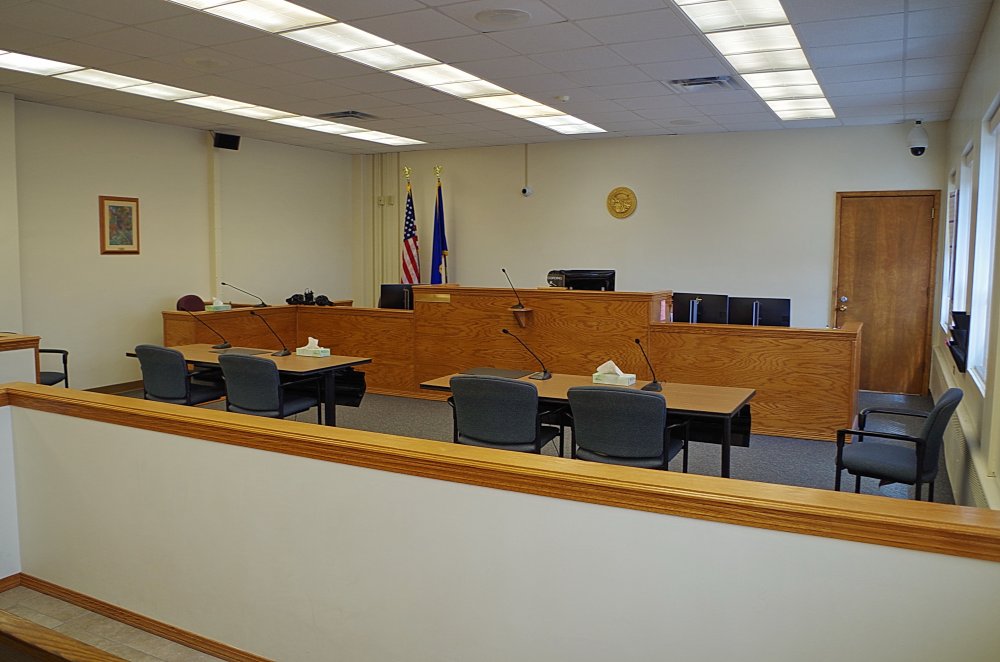 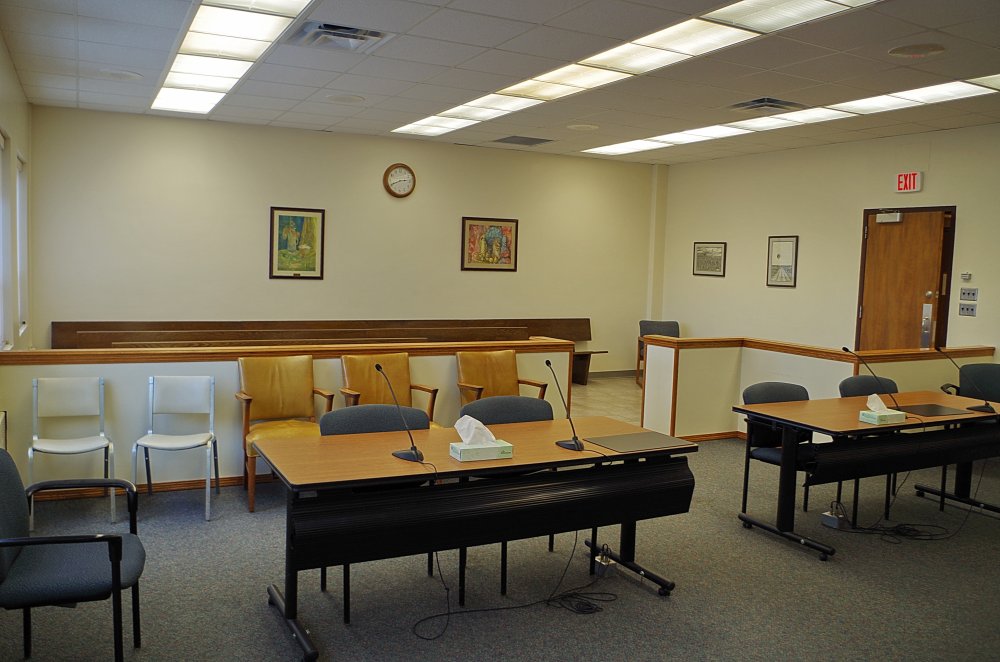 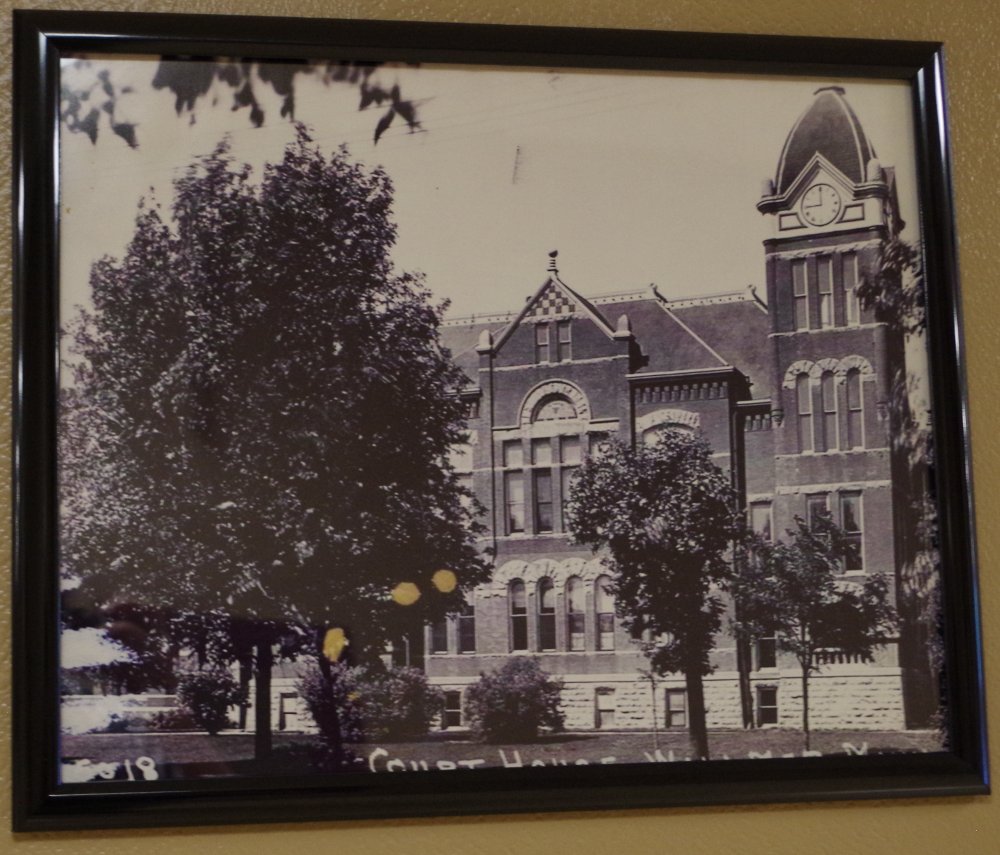 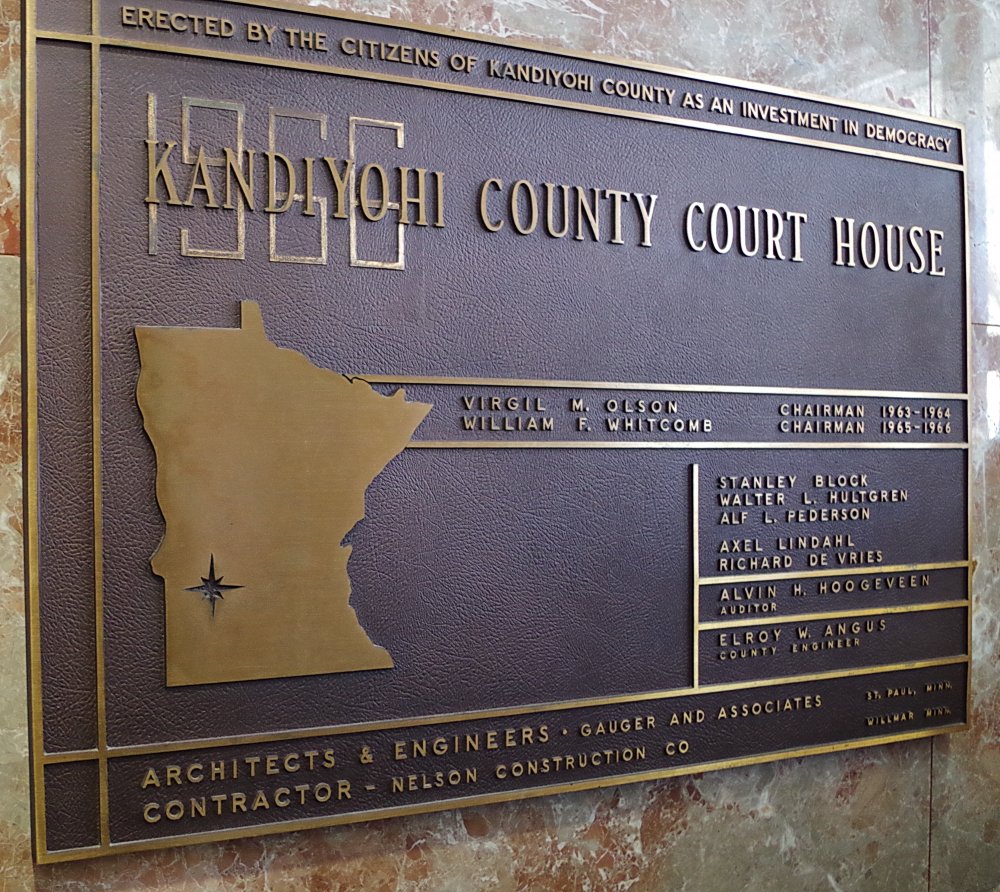 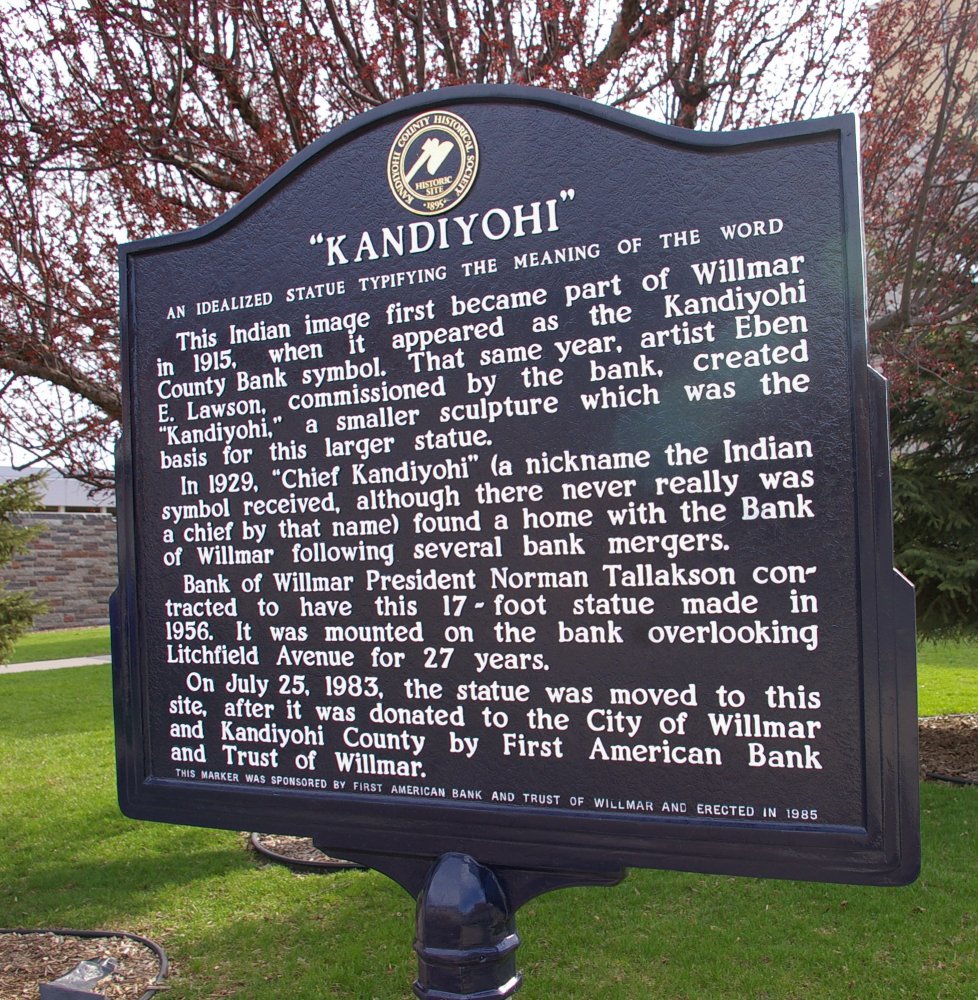