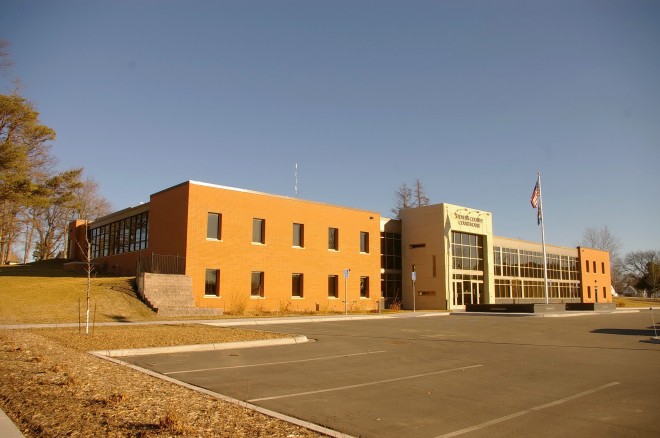 Stevens County is named after Isaac Ingalls Stevens, who directed the surveys for the construction of a Pacific railroad and was Governor of the Washington Territory 1853-1857, delegate to Congress 1857-1861 and general in the Civil War. 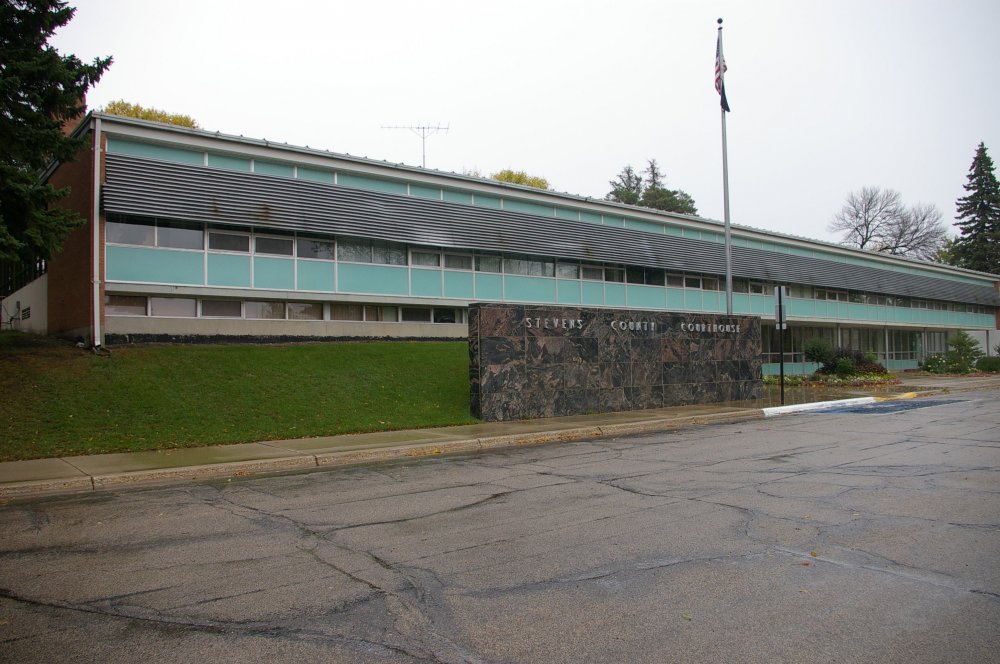 Description:  The building faces southwest and is a two story brick, concrete and glass structure. The building is located on landscaped grounds in the center of Morris. The building is a low horizontal structure and is 225 feet by 65 feet. The building has a wide blue-green metal panel separating the two floors and a line of ribbed canopy shadowing a row of upper windows. The building is extended by a 40 feet by 60 foot wing on the north side. There is a flat roof, curtain wall of glass and metal and a brick faced concrete frame. The building was demolished in 2010 for the new courthouse. 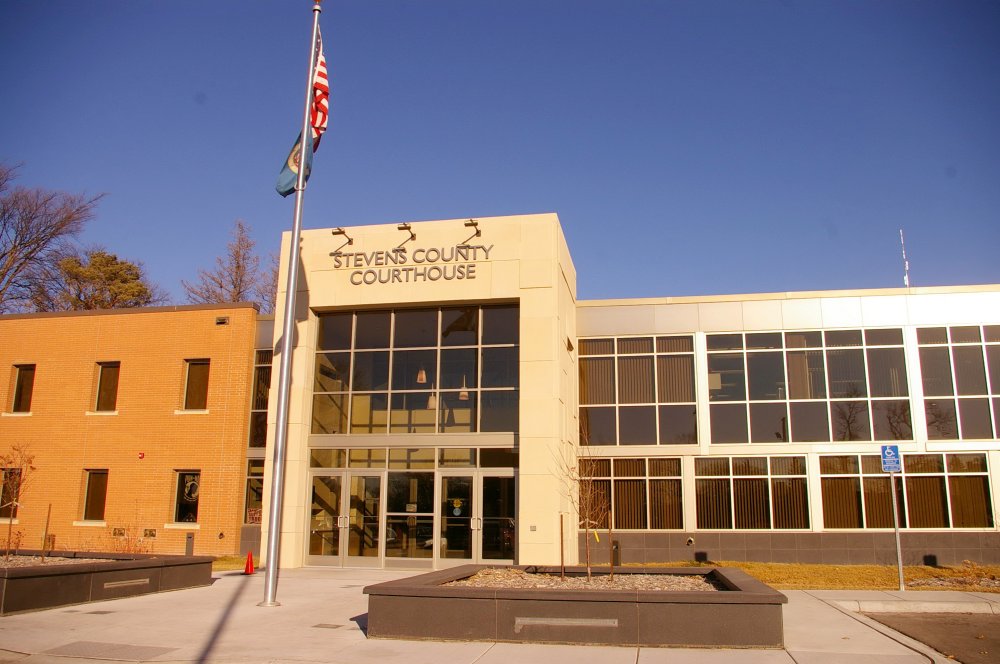 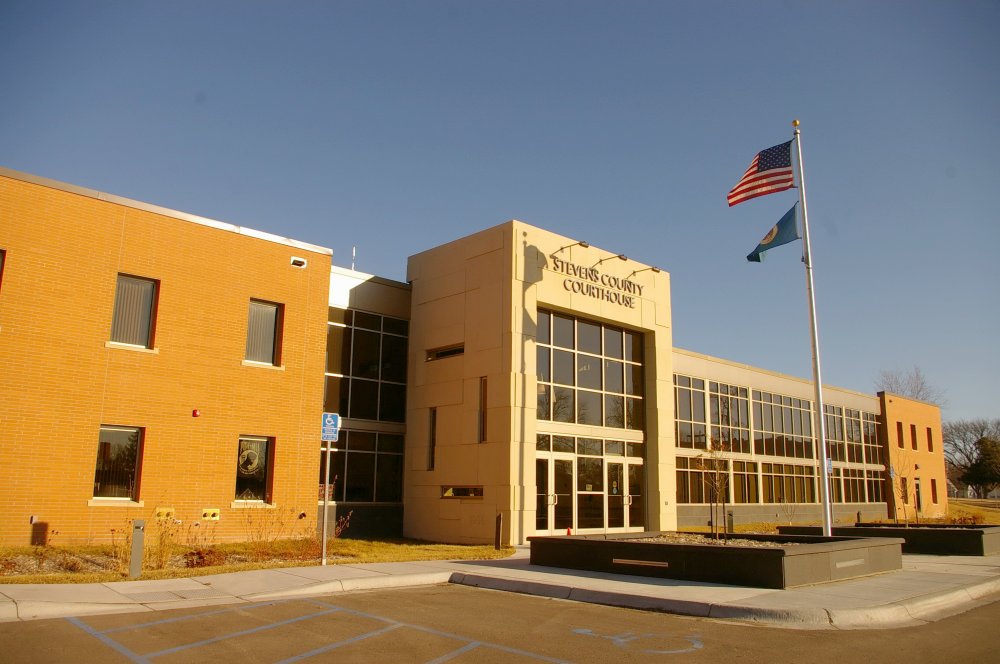 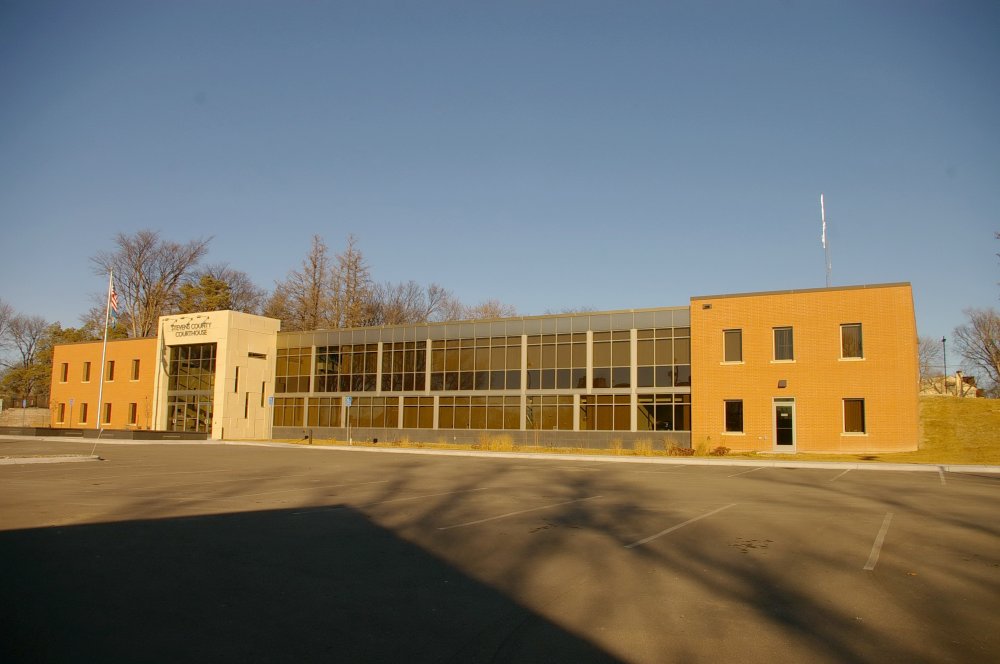 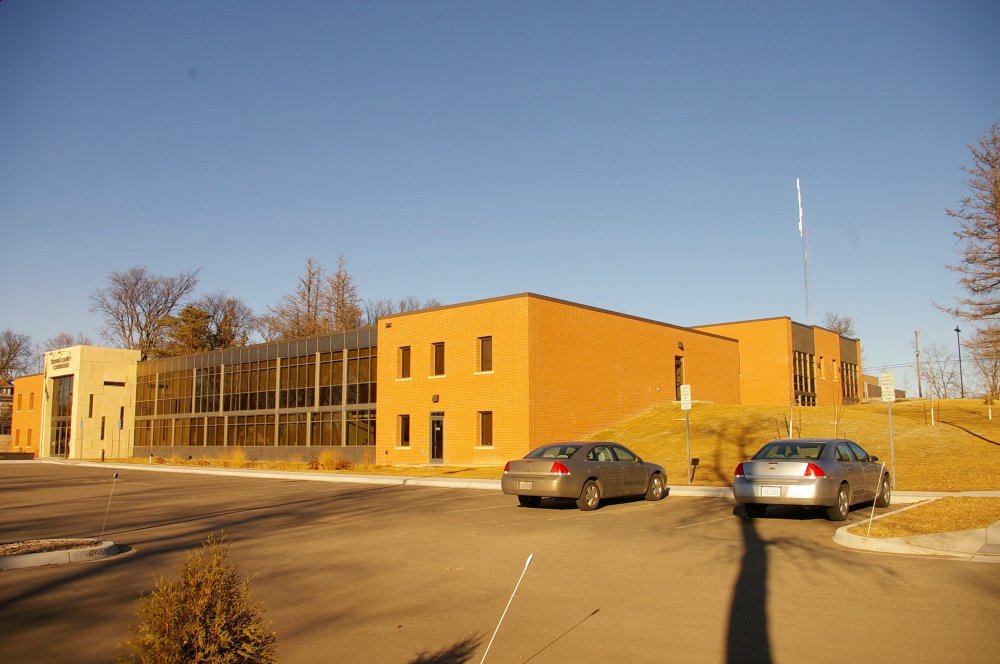 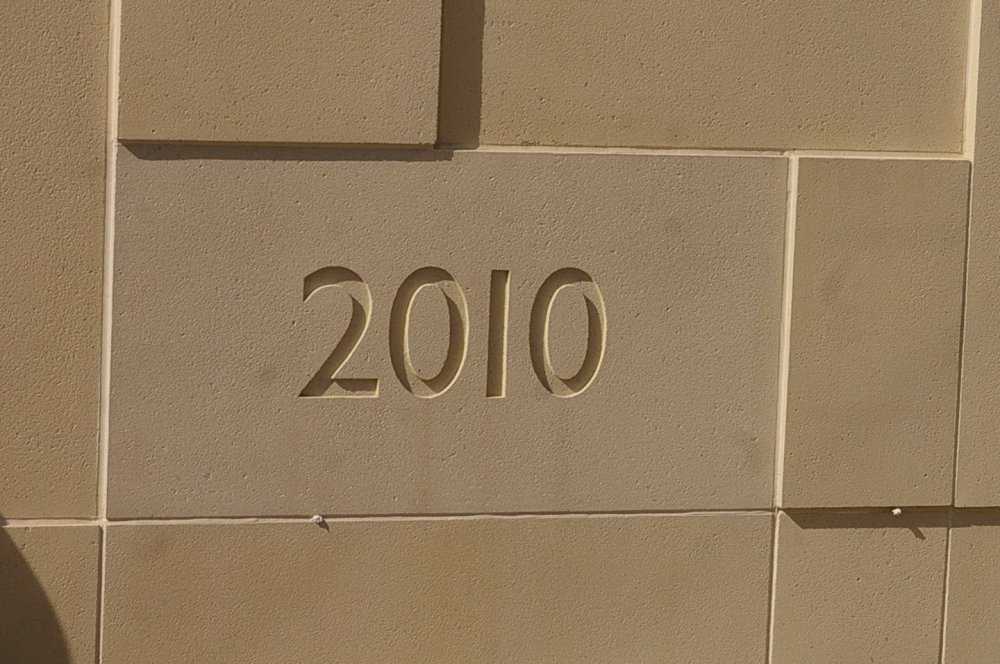 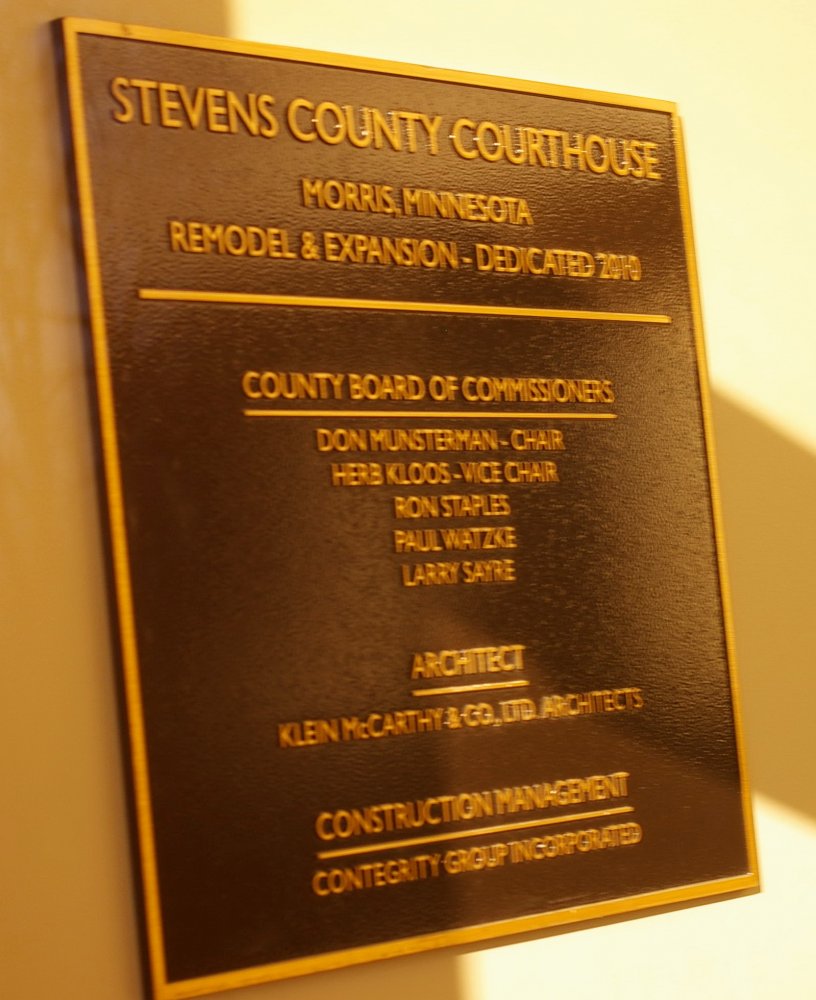 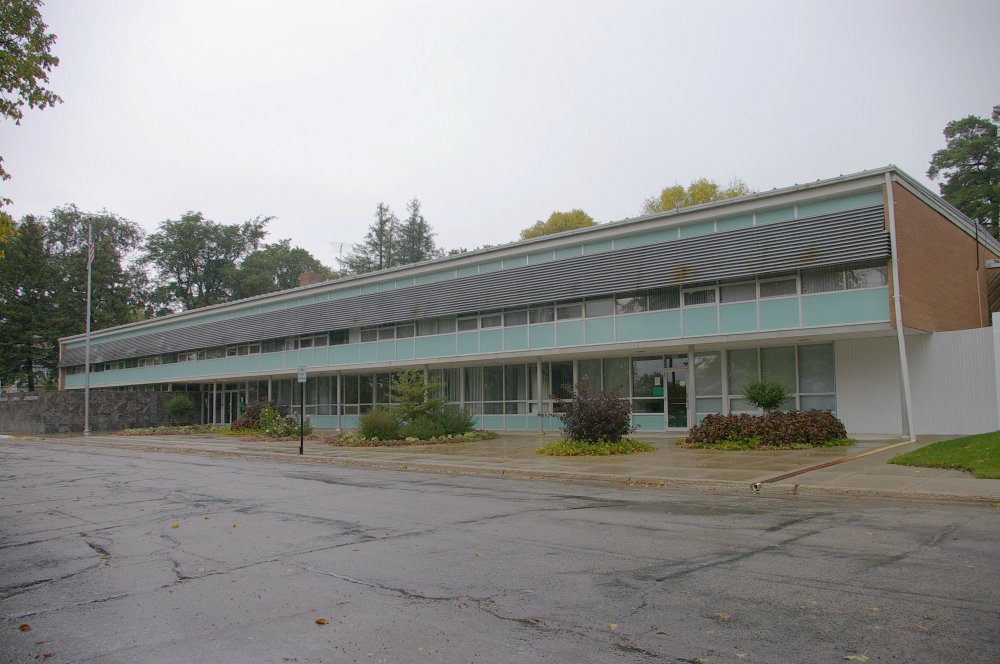 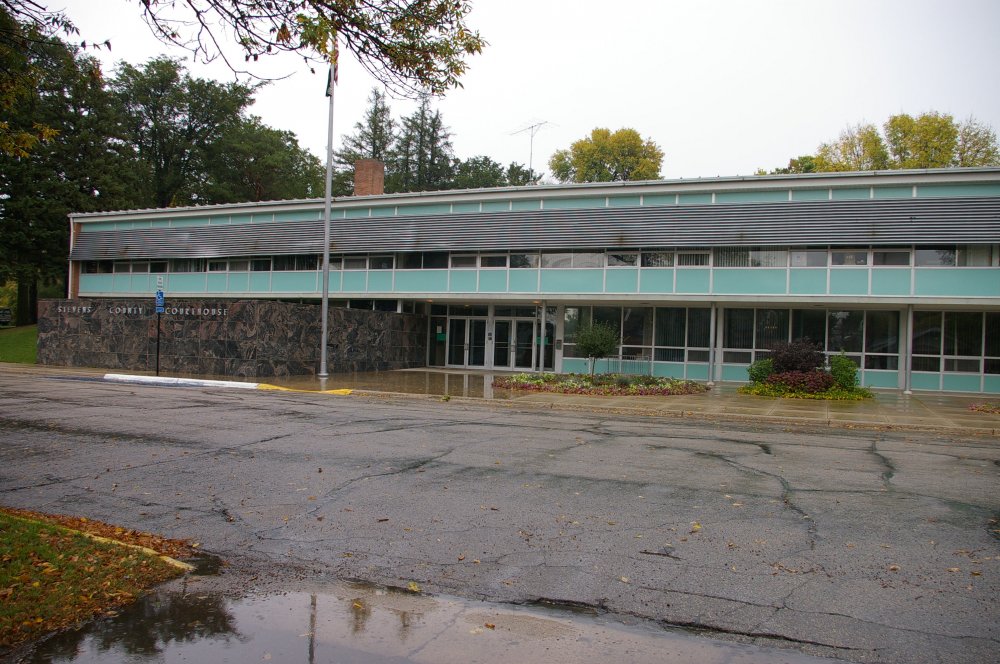