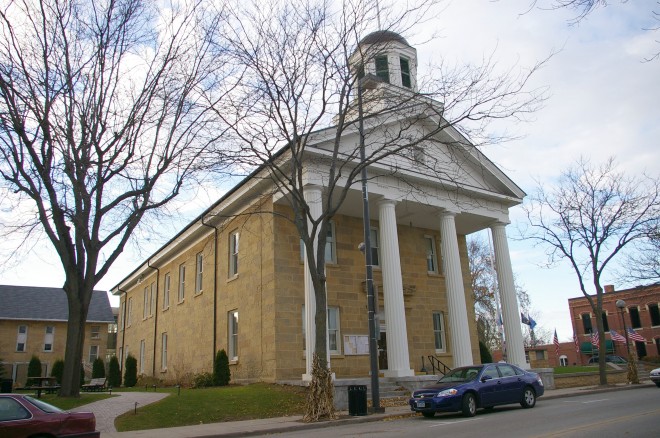 Iowa County is named for the Iowa Native American people.

Description:  The building faces east and is a two story buff colored native Galena limestone structure. The building is located on landscaped grounds in the center of Dodgeville. The building has a portico on the east front supported by four large white colored Doric columns. Above the entrance is an octagonal white colored cupola. The building houses the County Circuit Court of the 7th Judicial Circuit. The building was enlarged in 1894, 1927 and 1969 and the interior was renovated. The columns and cupola were restored in 1937.

Note:  The building is the oldest courthouse in Wisconsin still used as a courthouse. 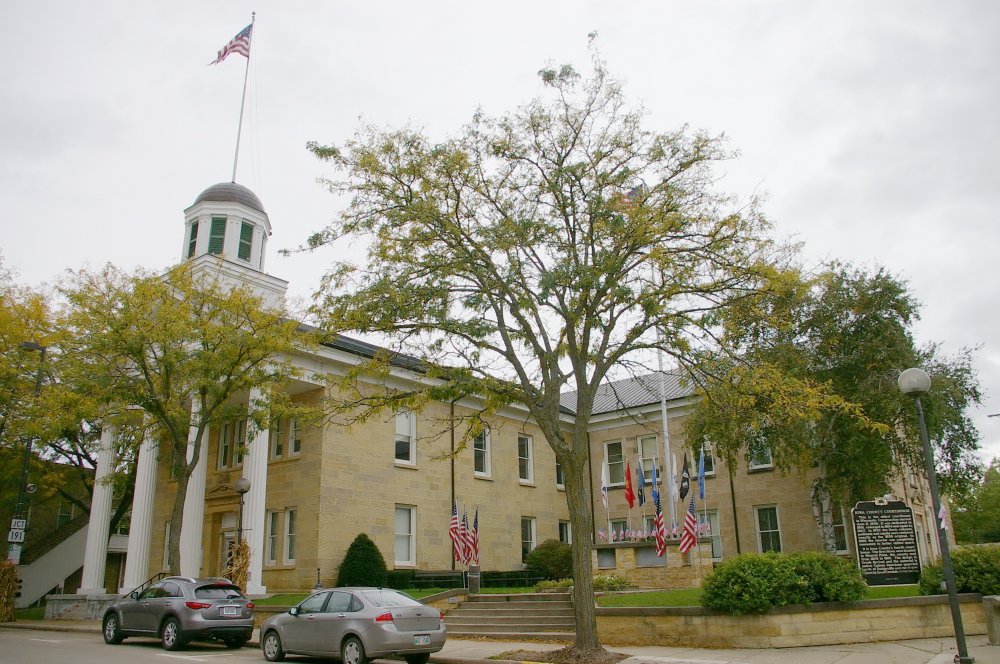 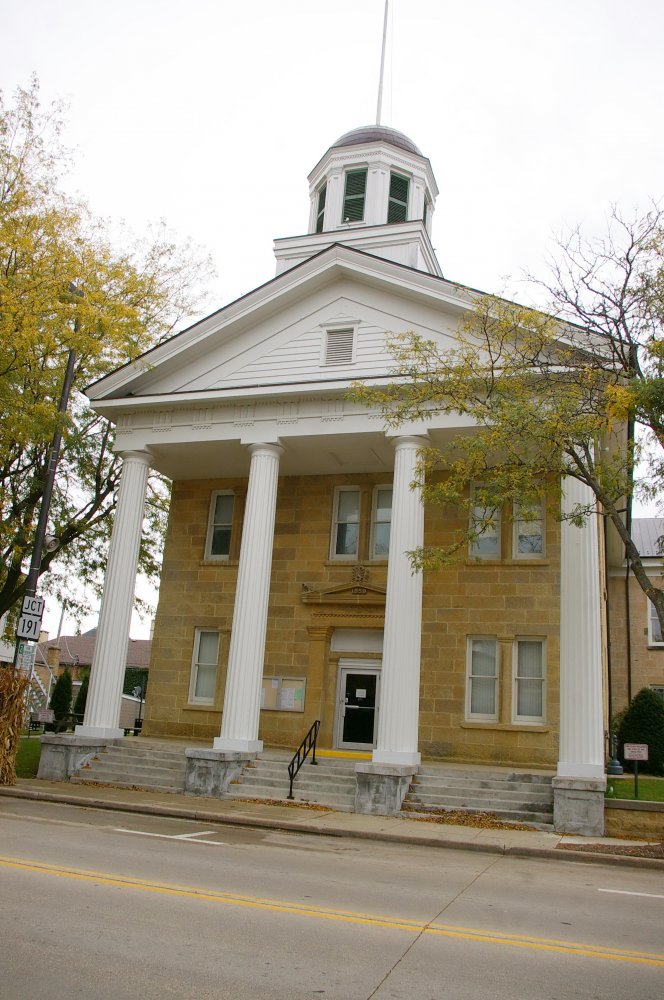 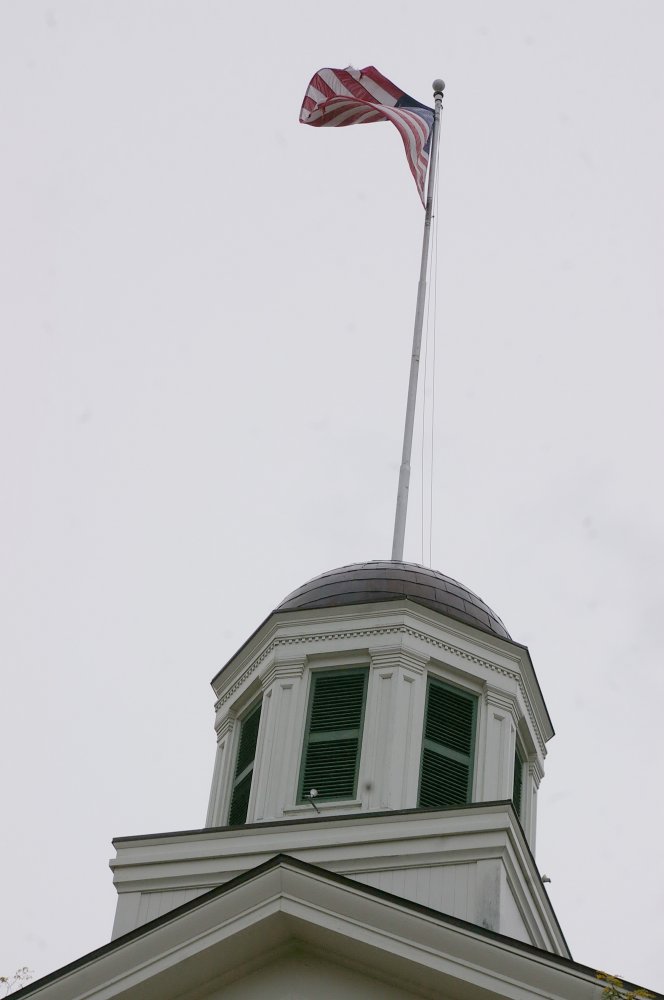 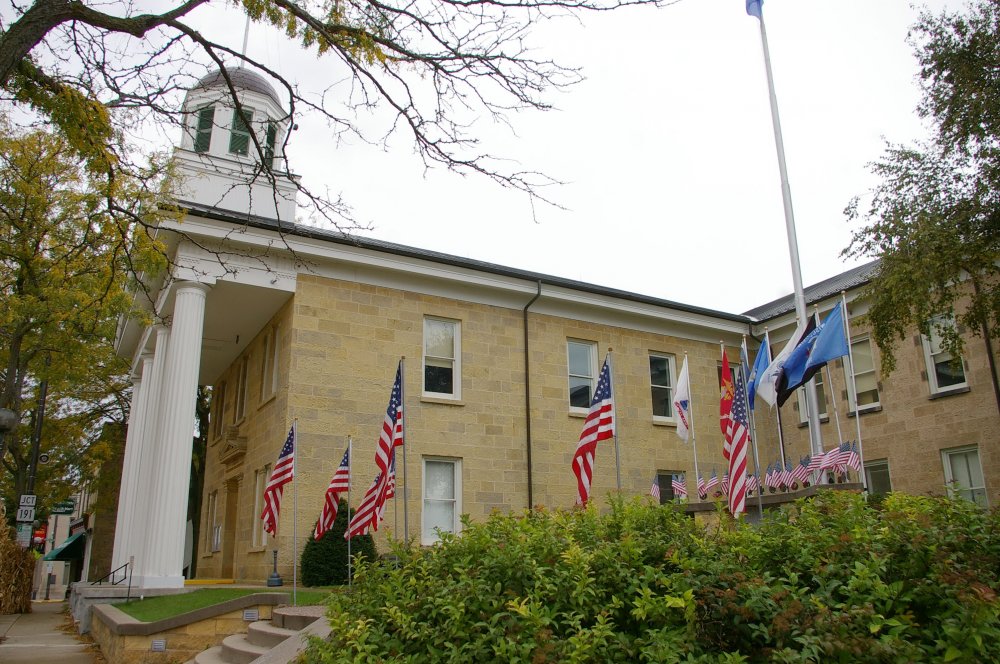 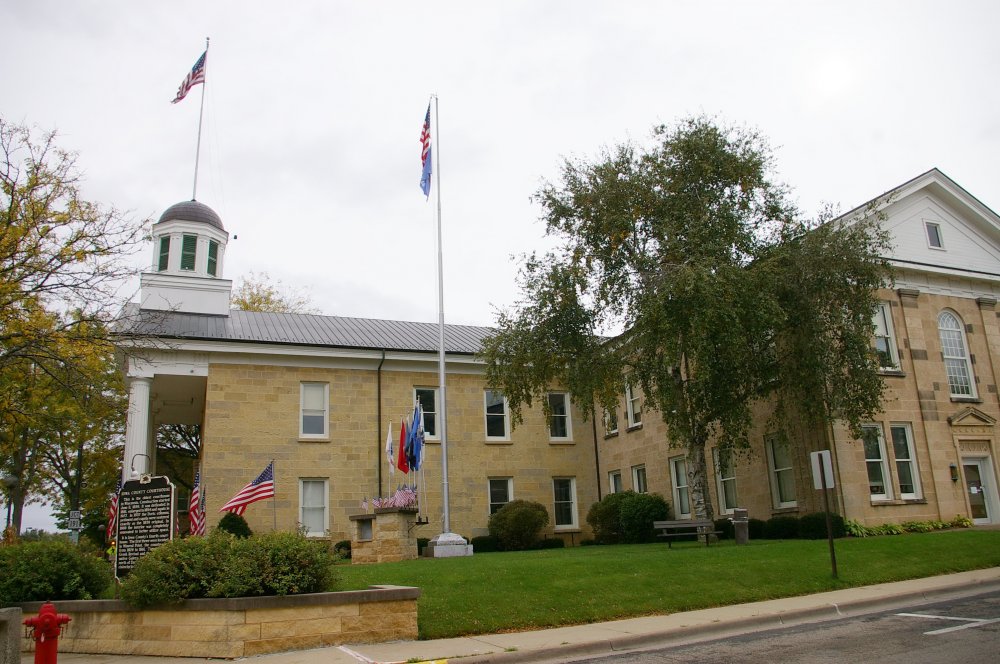 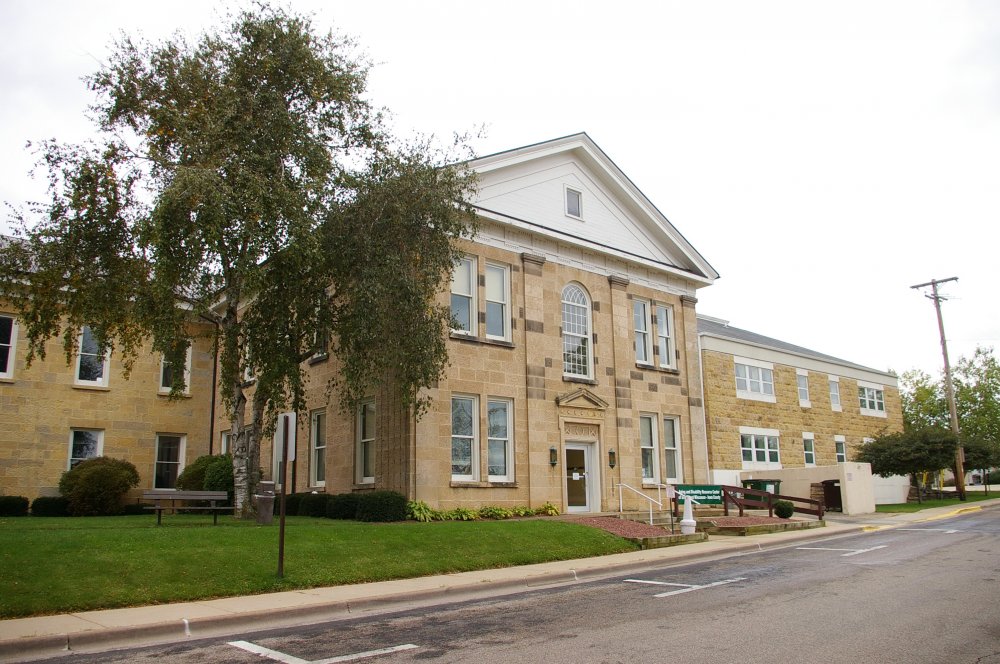 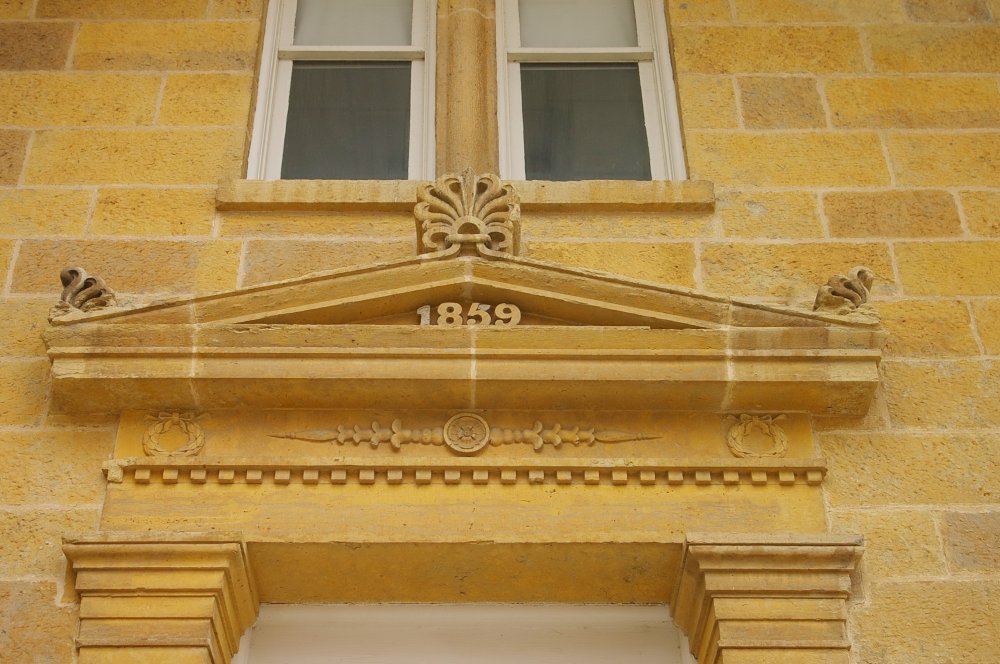 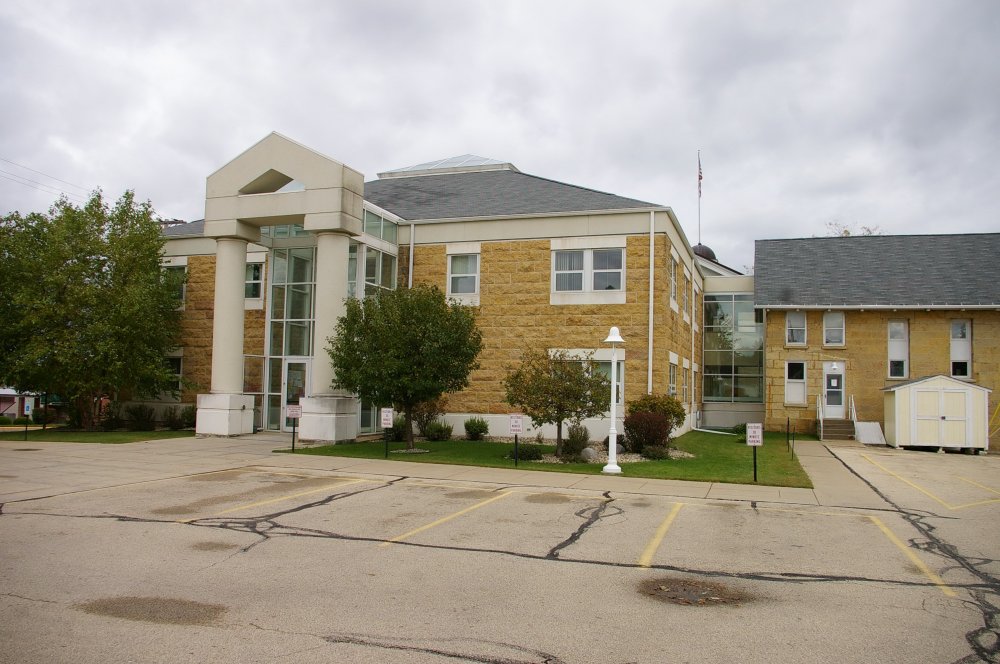 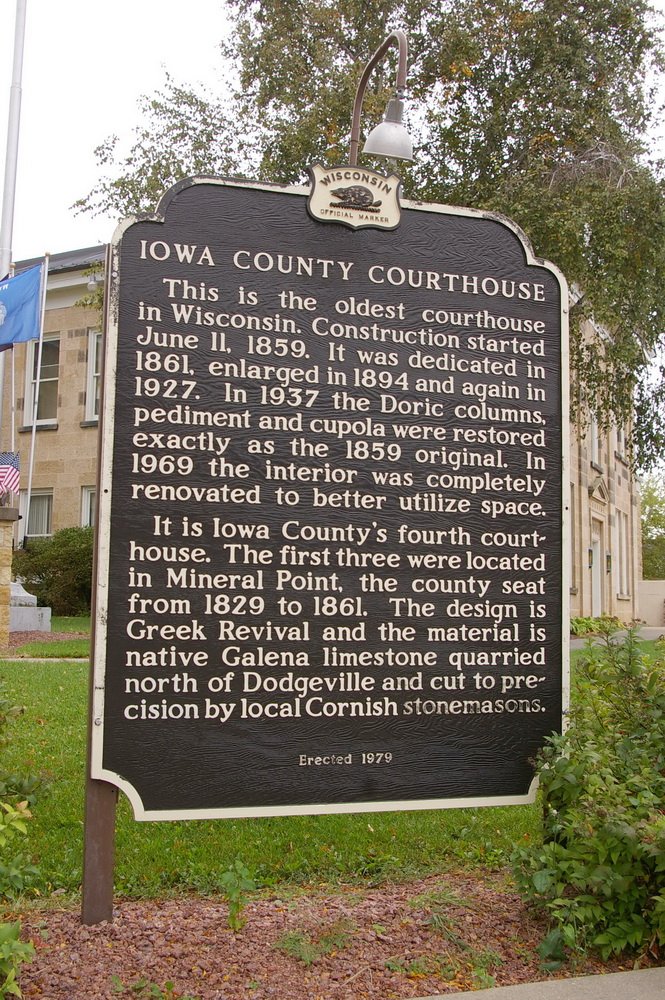