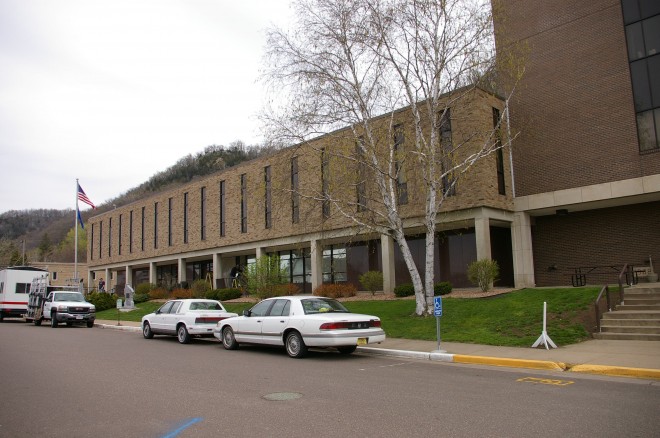 Buffalo County is named for the Buffalo River which was named in 1680 by Father Hennepin as the French voyagers called it “Riviere des Boeuf” meaning  “Buffalo”.

Description:  The building faces west and is a two story brown colored brick, glass and concrete structure. The rectangular shaped building is located on landscaped grounds in the center of Alma. The first story along the west side and north side are recessed with square concrete pillars forming a long porch. The roof line is flat. In the interior, the courtroom is located on the west side of the second story and the hearing room is located on the east side of the second story. The building houses the County Circuit Court of the 7th Judicial Circuit. At the south end, the building is dark red colored brick and is three stories. This addition was added in 1988. The architect was W F Smith Architectural & Engineering Services Inc. of Winona and the contractor was Hoeppner Building Corporation of Eau Claire. 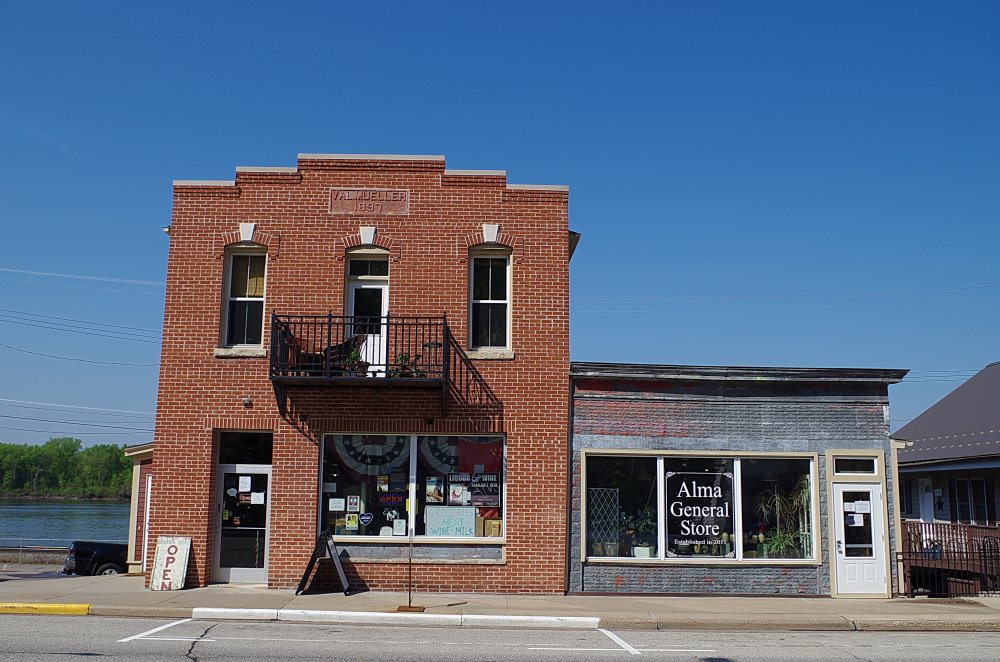 Description:  The building faces east and is a two story red colored brick structure. The building is located in the center of Alma to the north of the courthouse. The east front has an iron balcony on the second story. The building  was originally constructed as a storefront building in 1855 and was used as a temporary courthouse starting in 1859 when the seat of Buffalo County was relocated from Fountain City to Alma. Eventually, a newer courthouse was built in 1888, and this building was expanded as the Val Mueller Store in 1897 and remains one of the oldest buildings in Alma. 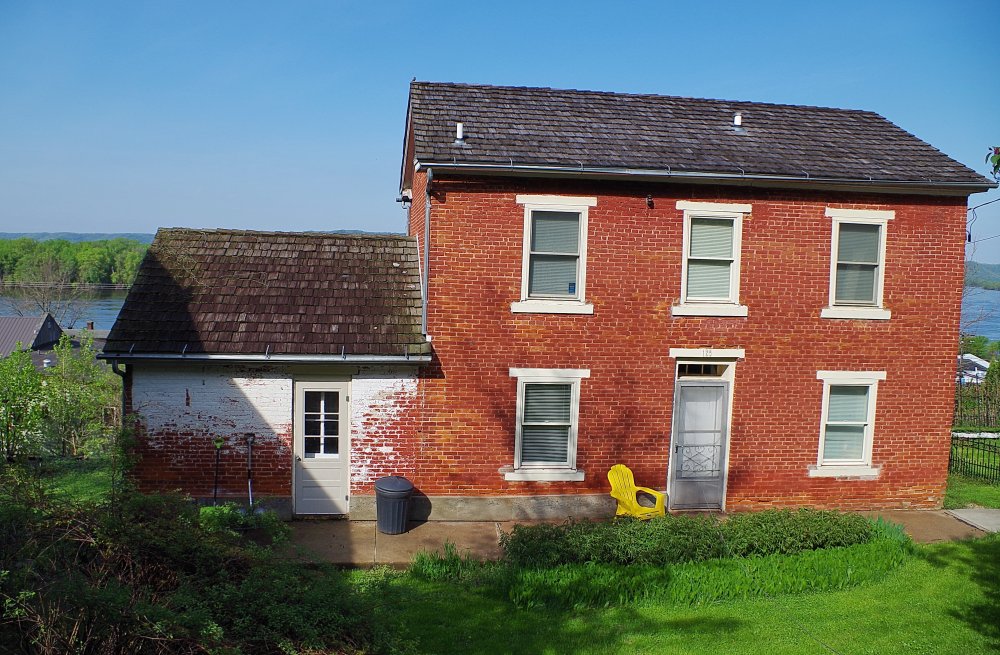 Description:  The building faces east and is a two story red colored brick and wood structure. The building is located on landscaped grounds in Fountain City on the slope of a hill overlooking the Mississippi River. The east front has a central entrance with a one story addition on the south side.  The roof is hipped. The west side has a white colored wood porch on the first story of the house and the addition. The building is named as the Henry Goerke House and is privately owned. 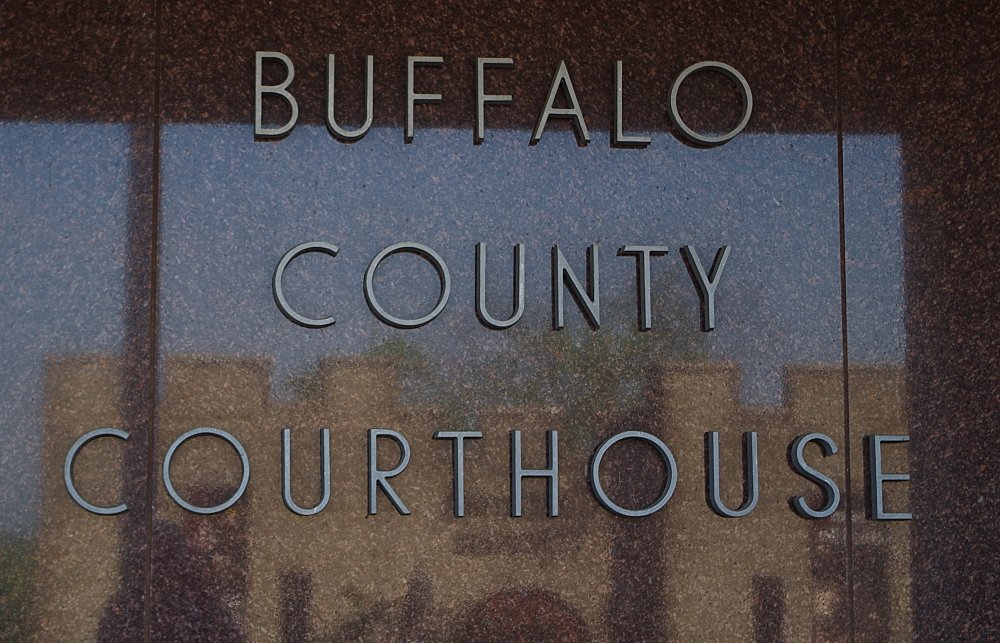 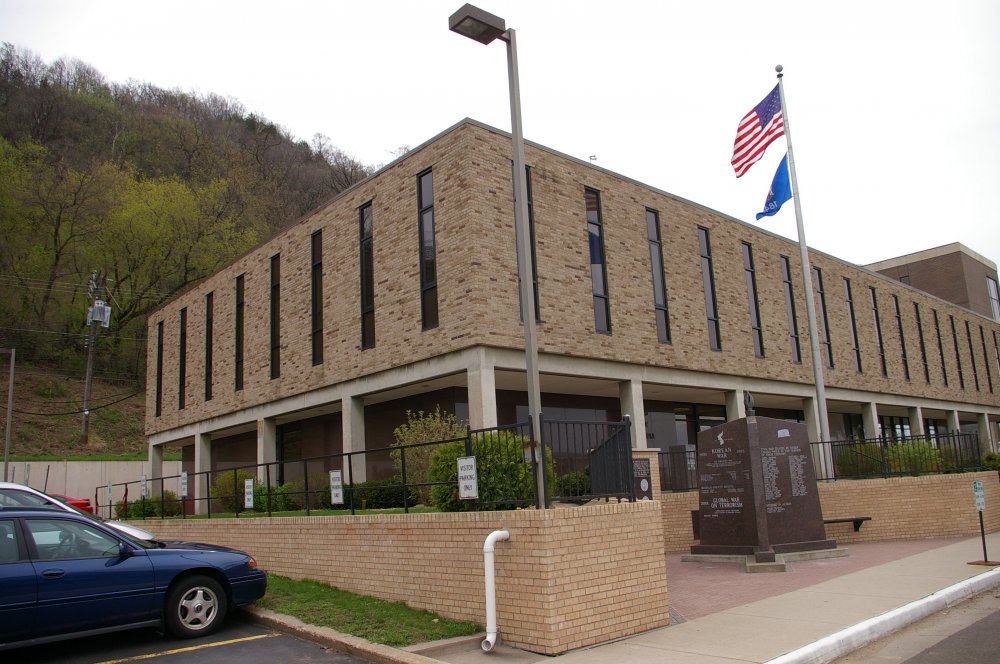 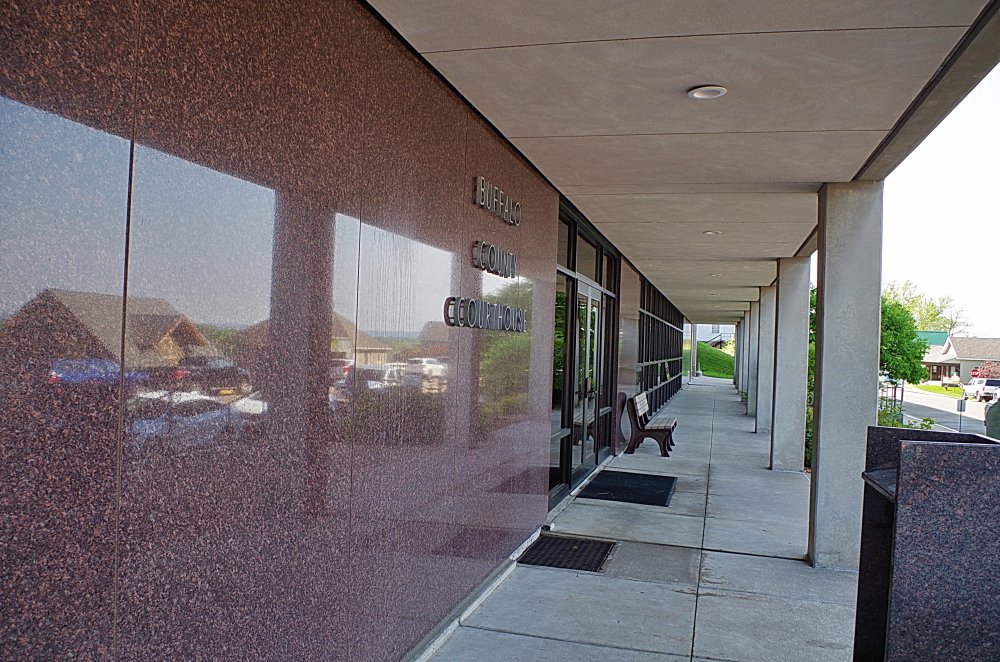 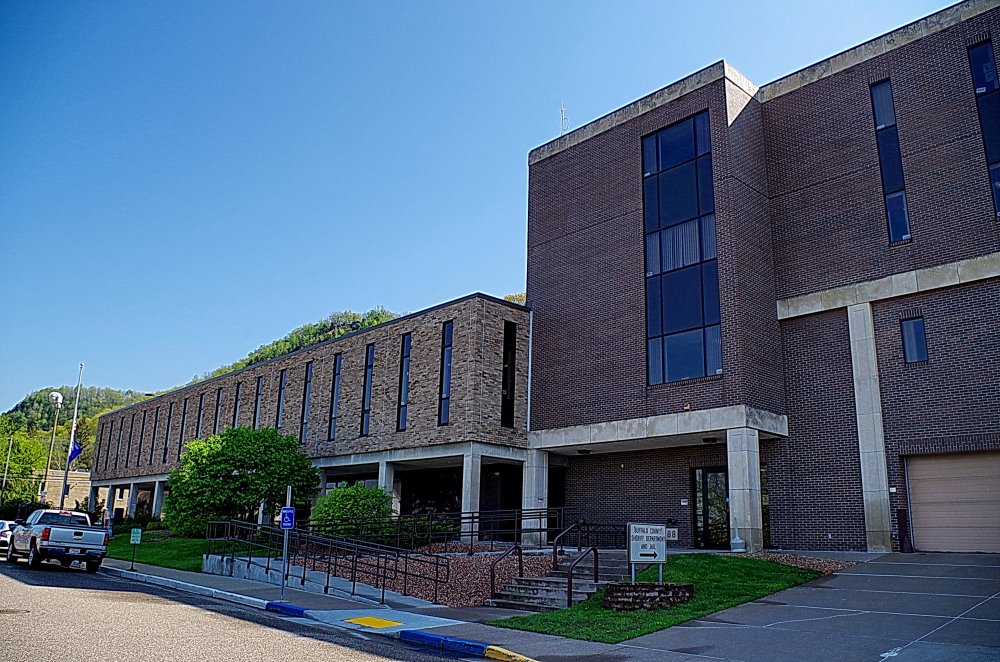 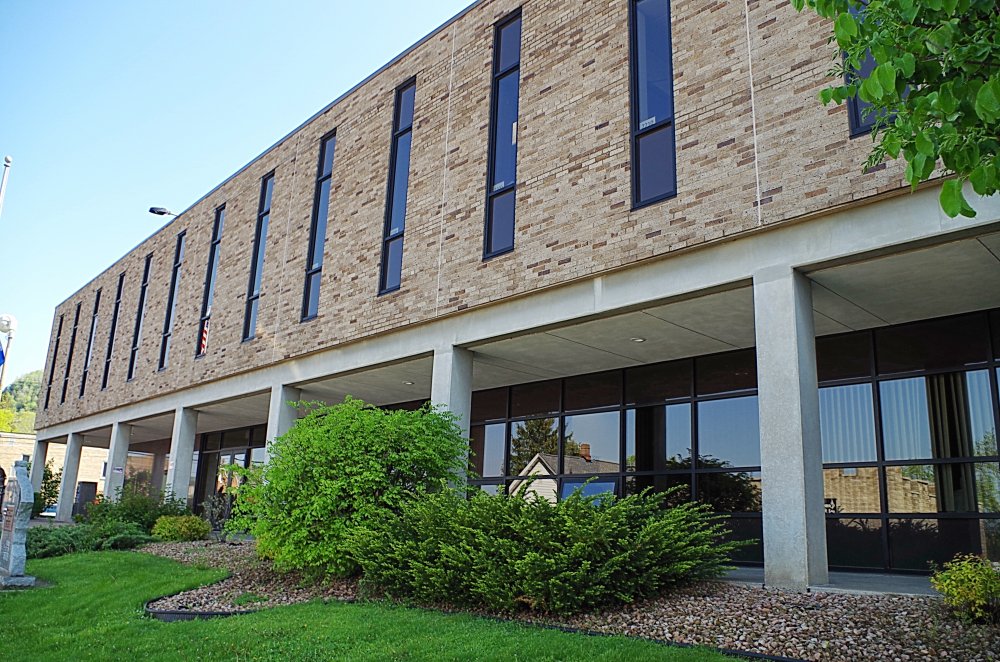 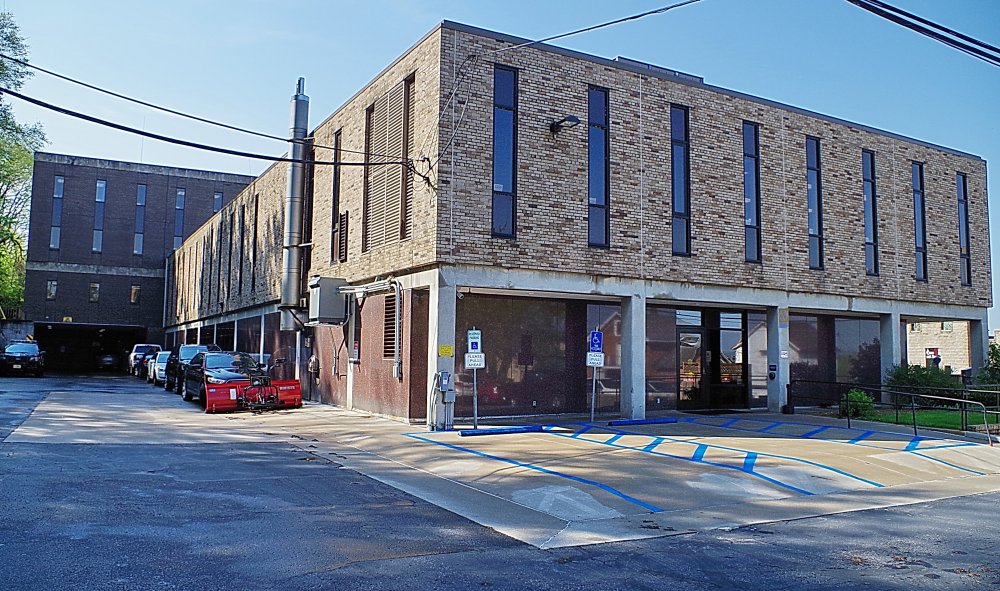 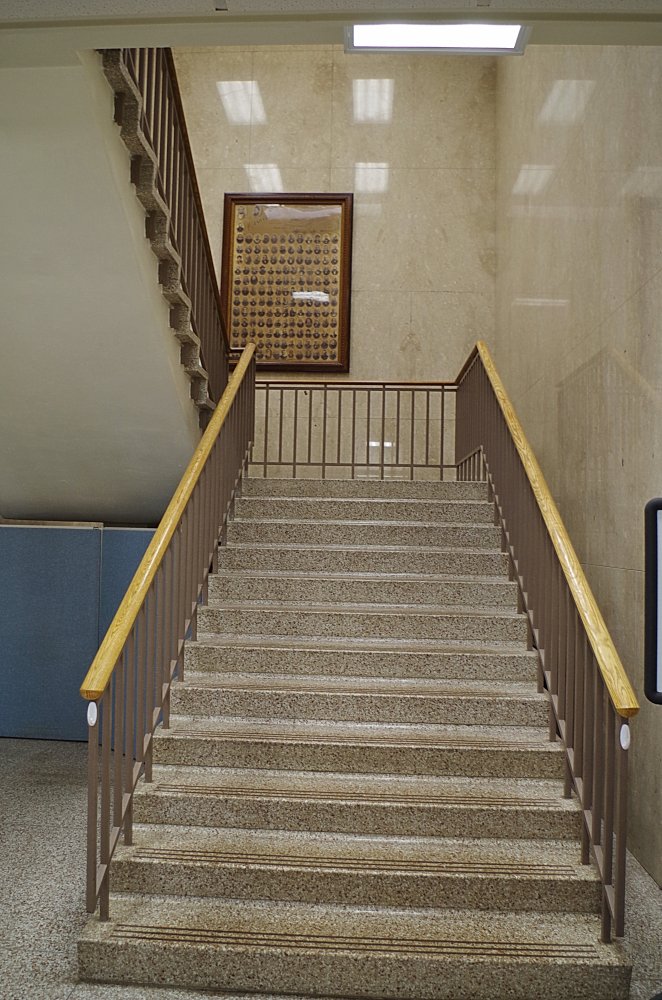 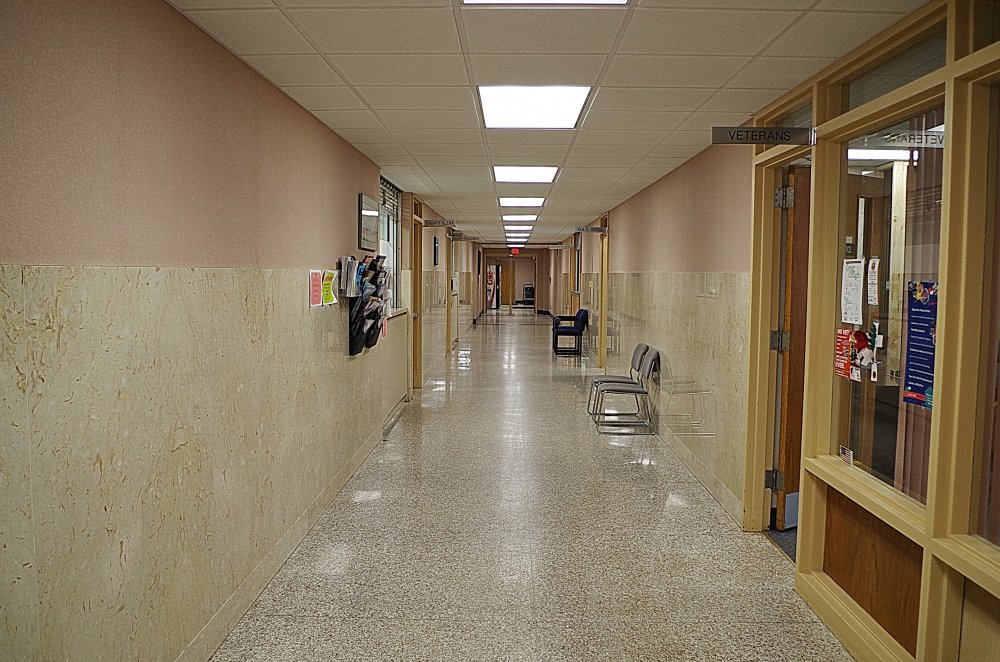 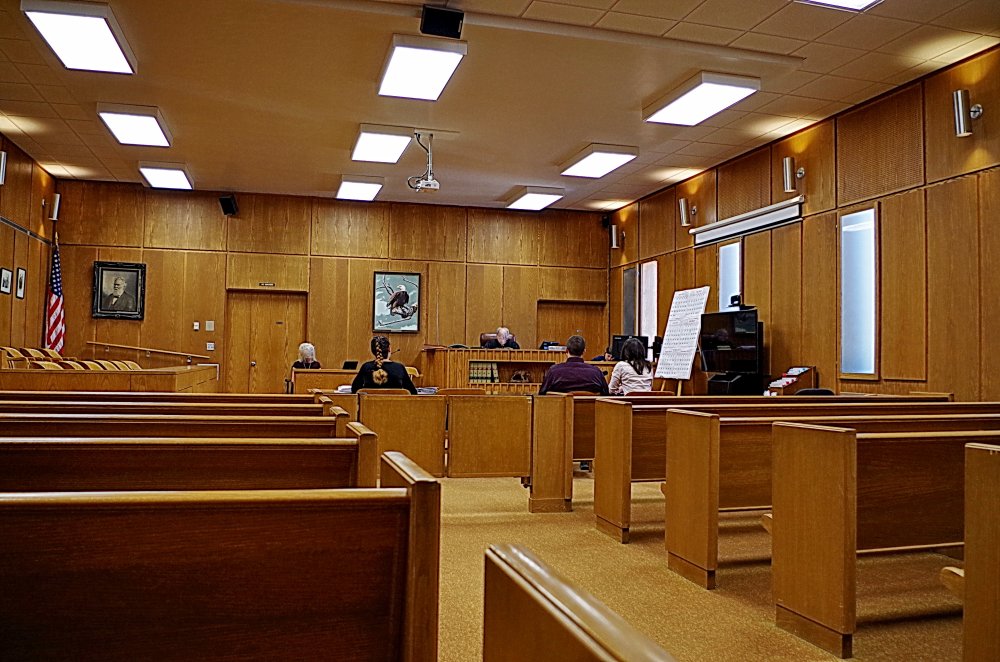 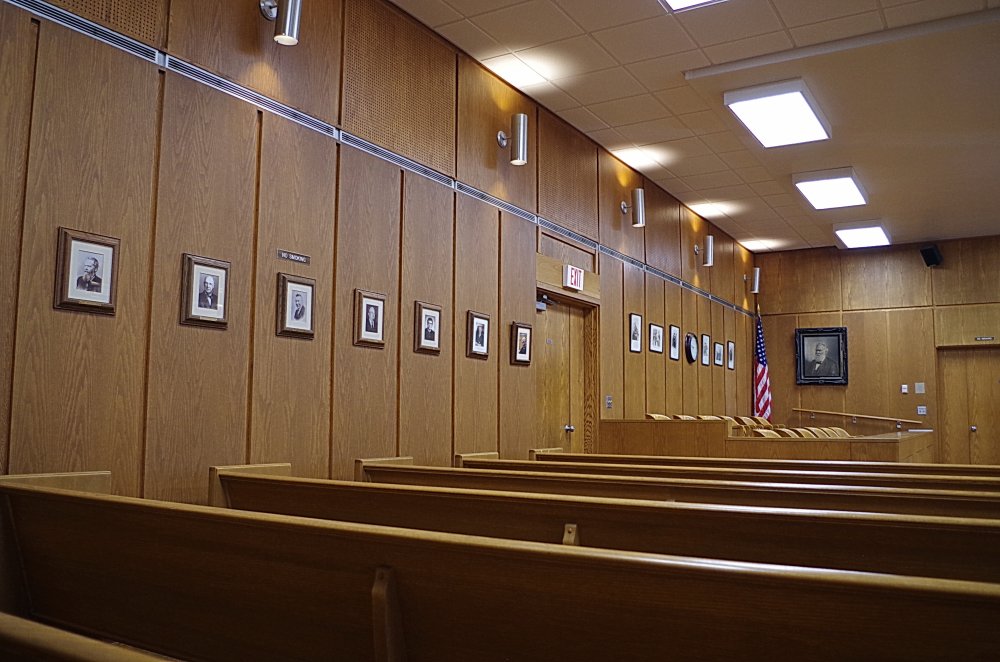 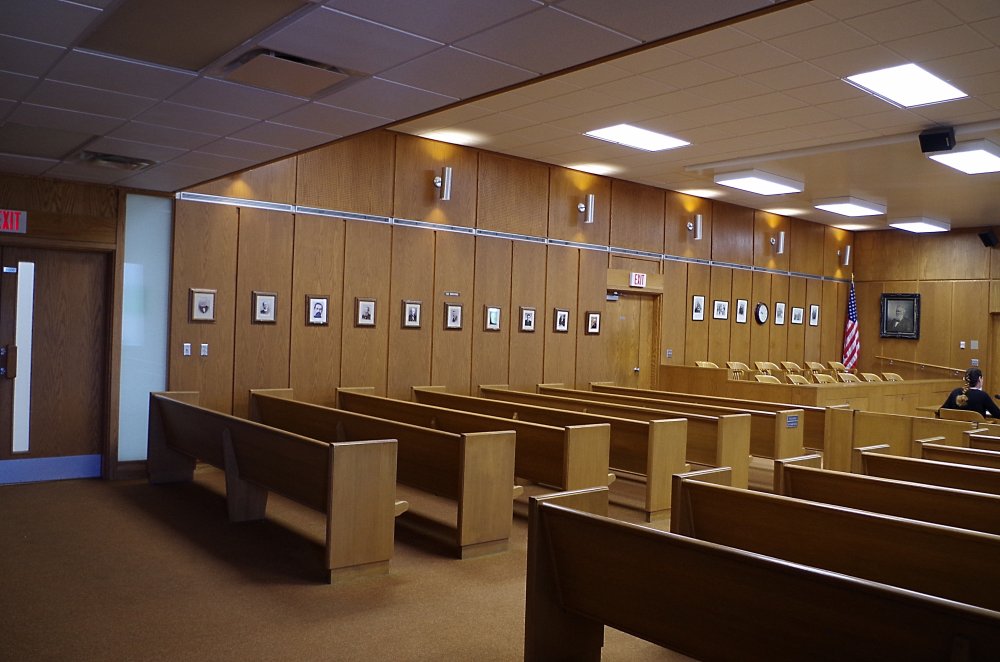 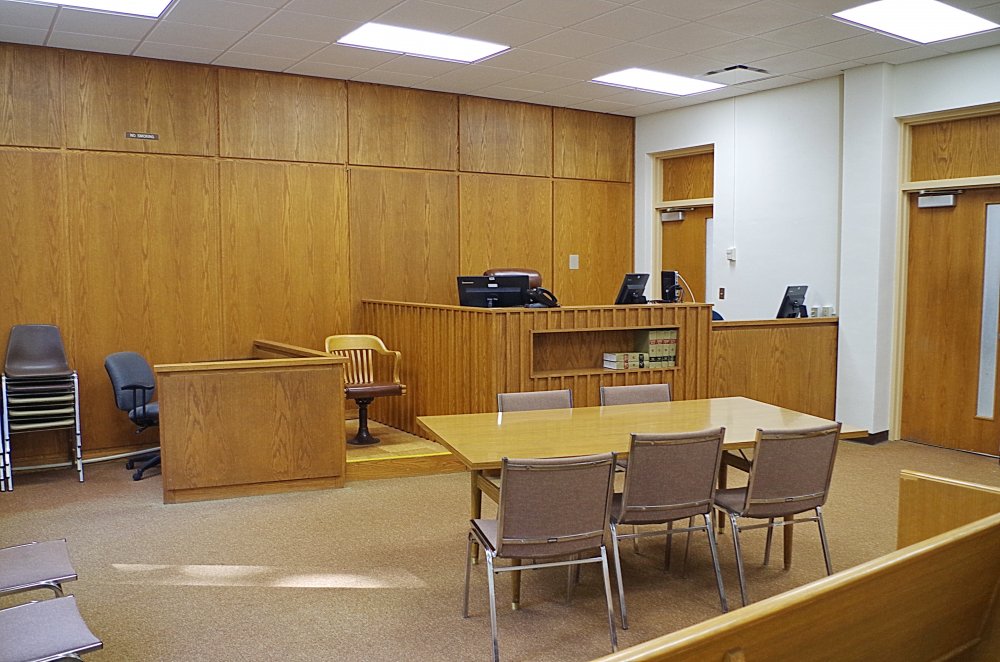