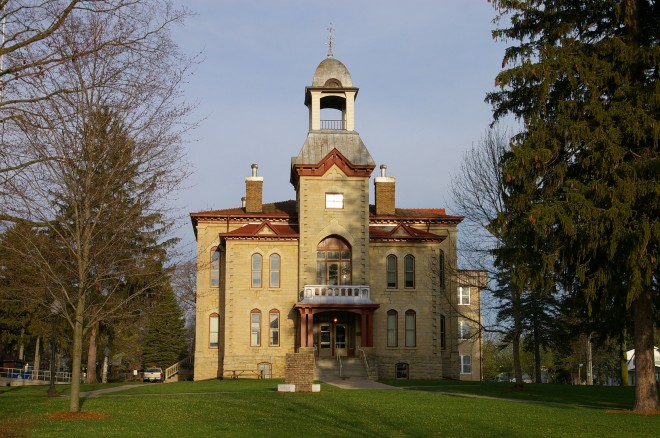 Vernon County is named for Mount Vernon, the home of President George Washington in Virginia.

Description:  The building faces east and is a two story light buff colored limestone structure. The building is located on spacious landscaped grounds in the center of Viroqua. The east front has a small portico on the first story with balcony on the second story with a large arched window. A square brick tower rises to a square open cupola. Behind the tower is a lower section with the high main building behind. The main block of the courthouse has corner pilasters. The second floor has the large circuit court room, a jury room and the circuit judge’s chambers. All walls on both floors have been painted institutional pastel greens, though woodwork was not removed, just painted over. The best interior space is the circuit court room, which contains elaborate woodwork framing windows and doorways. Murals are found on the west, south, and east walls of the court room. The building houses the County Circuit Court of the 7th Judicial Circuit. Additions were built in 1904, 1924, 1988 and 1998. A brick addition was constructed on the west side in 1955 and is connected by a one story structure. On the south side is the Banta Building which is the former County Jail designed by J Henry Bennett and constructed in 1910.

Note:  The courthouse was built of limestone from a local quarry. The stonework was done by William Lake of Viroqua and John Benson of La Crosse. 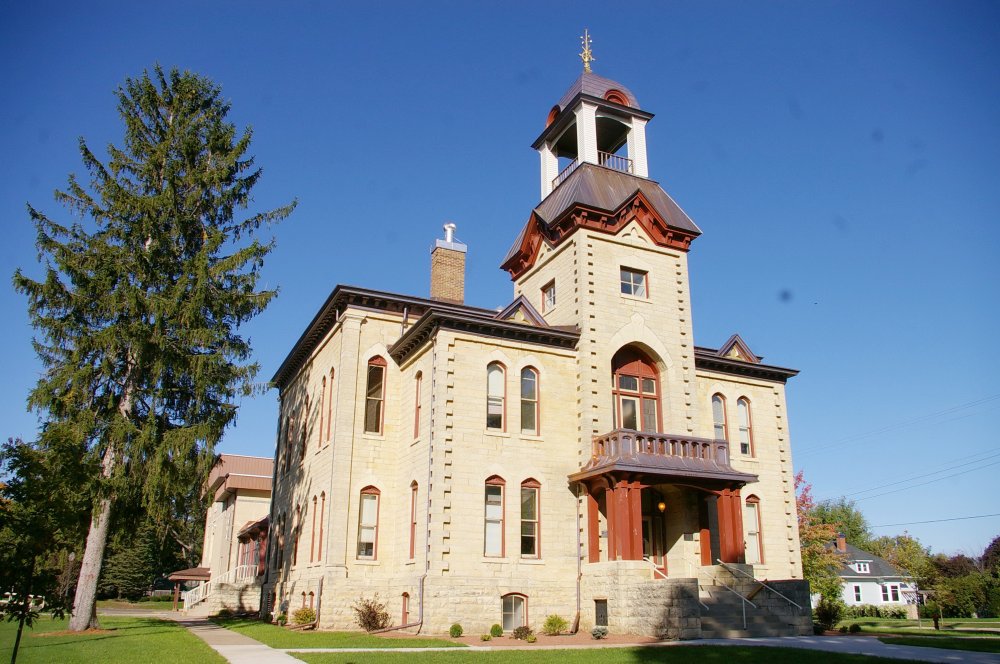 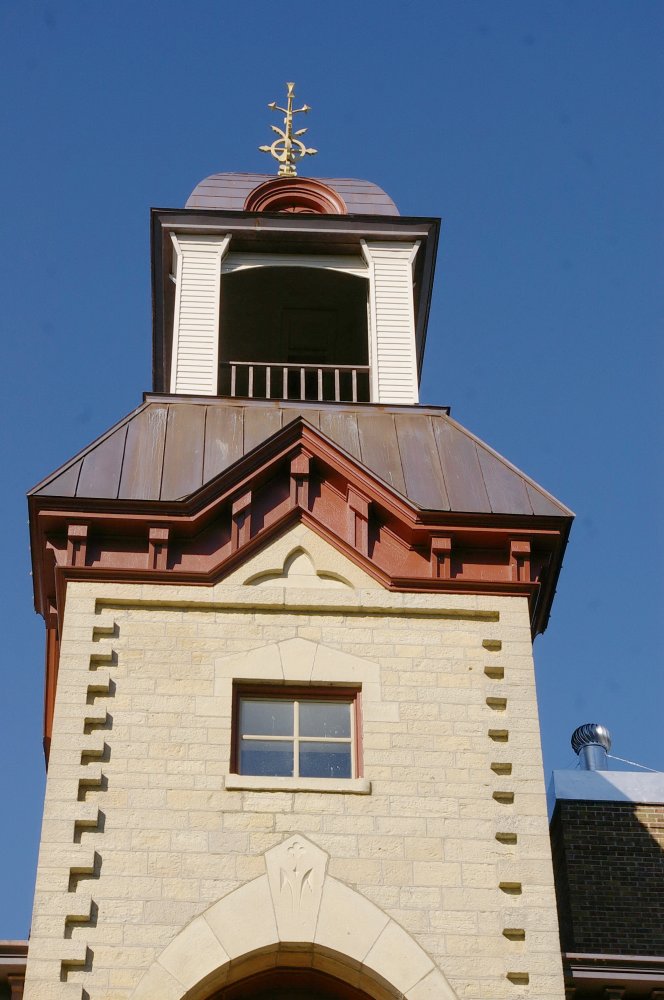 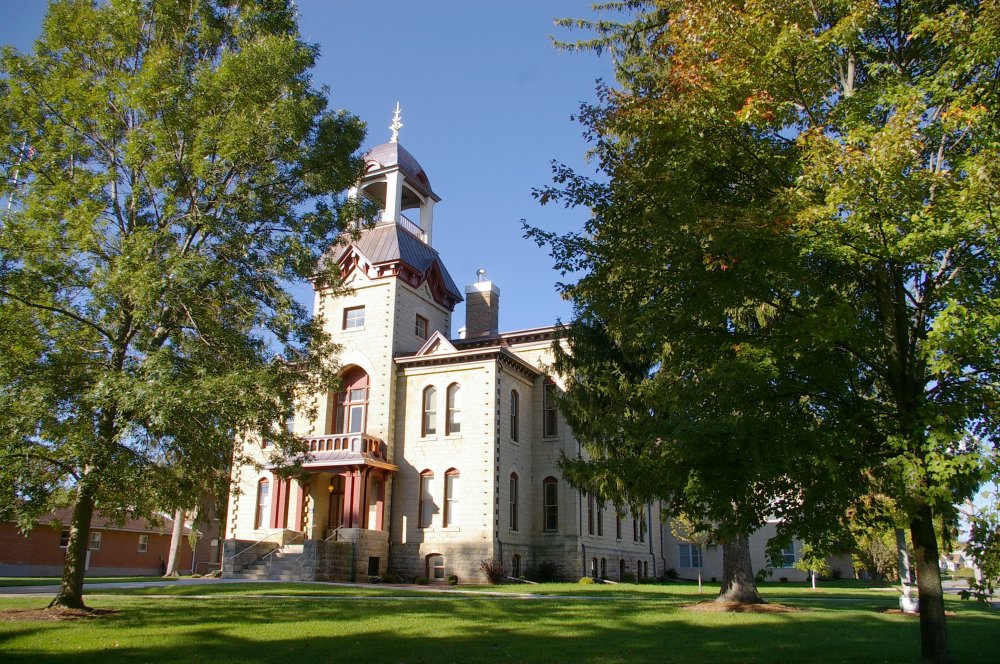 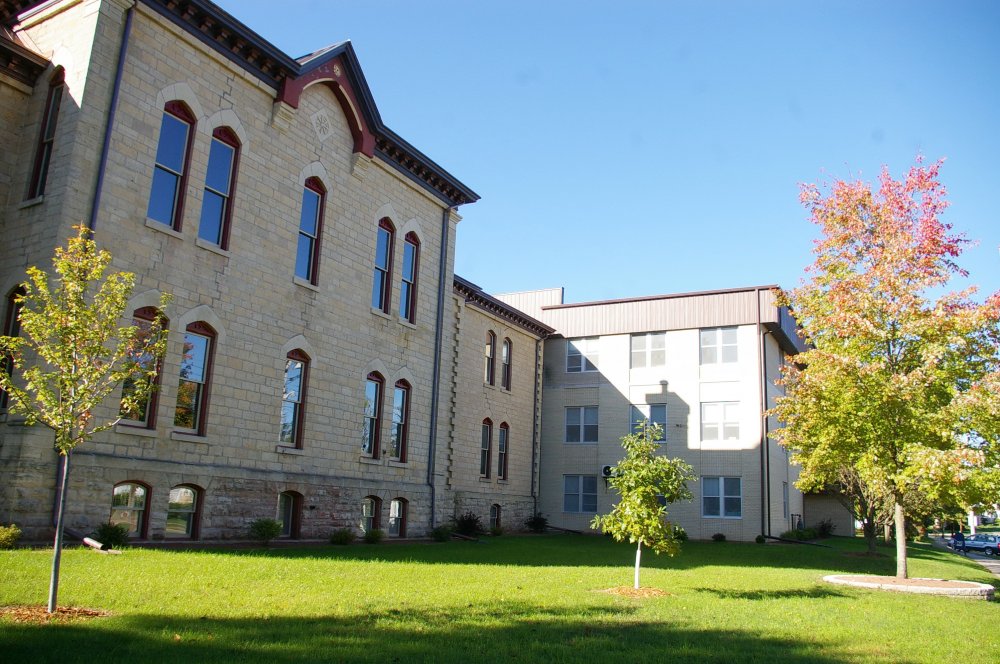 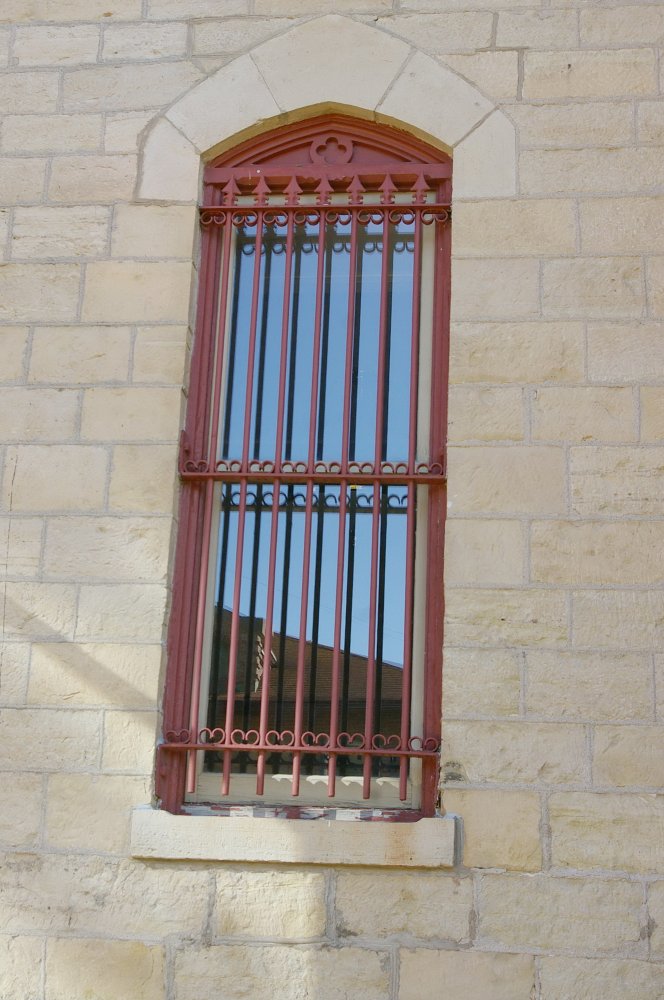 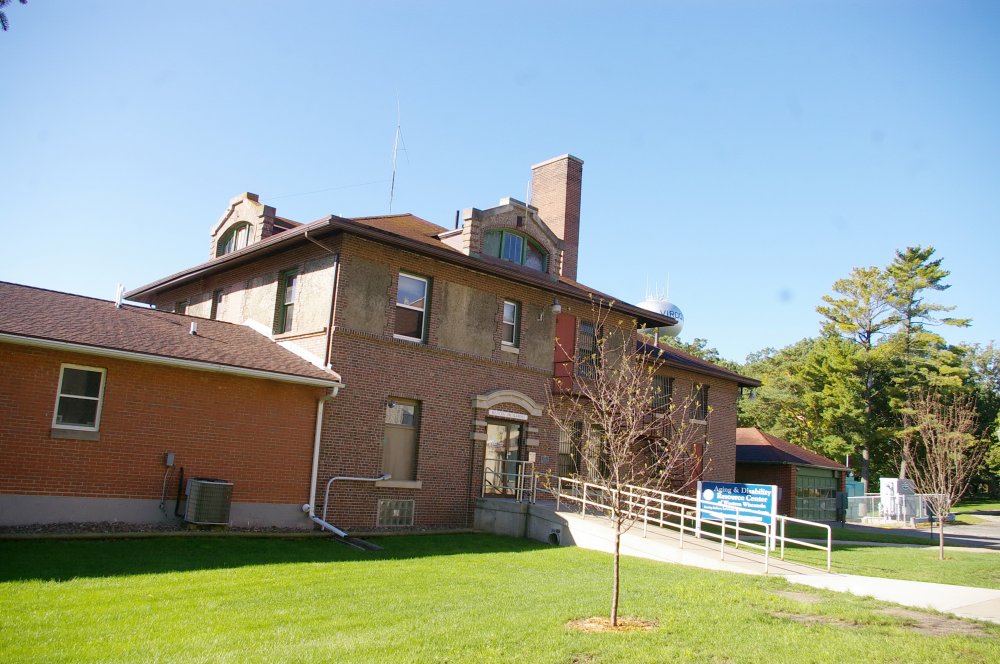