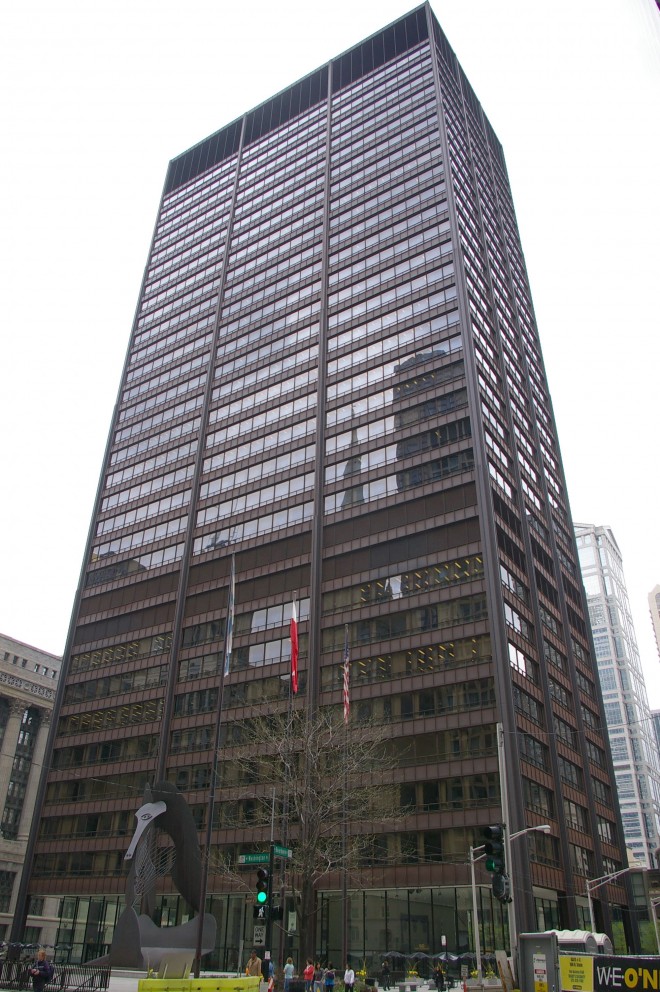 Cook County is named for Daniel Pope Cook, who was the second United States Representative from Illinois and the first Attorney General of the State of Illinois. 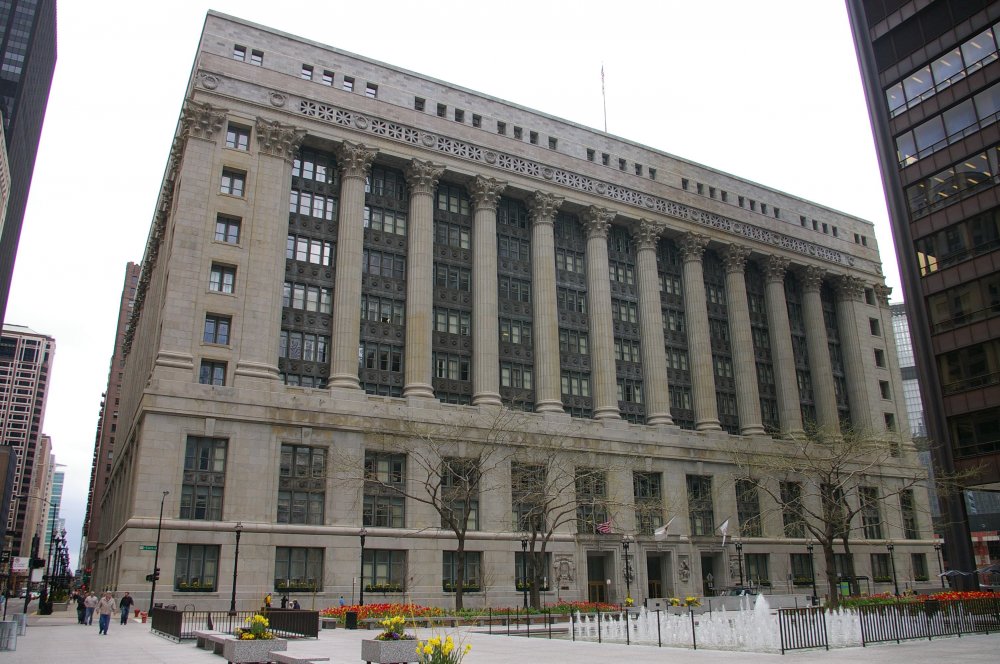 Description: The building faces north and is an eleven story limestone and concrete structure. The east side is called the County Building houses county office and the west side is named as the Chicago City Hall. Chicago City Hall’s entrance features four relief panels sculpted in granite by John Flanagan. Each of the panels represents one of four principal concerns of city government: playgrounds, schools, parks, and water supply. The upper stories has numerous columns with recessed windows. The interior has elaborate marble stairways and bronze tablets honoring the past city halls of Chicago from 1837 to the present. 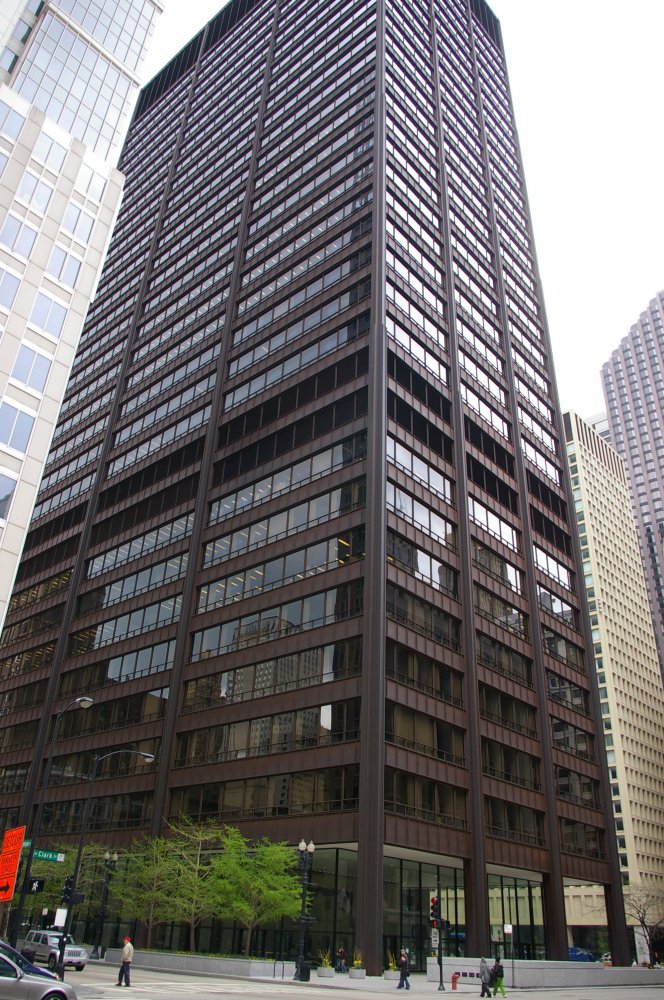 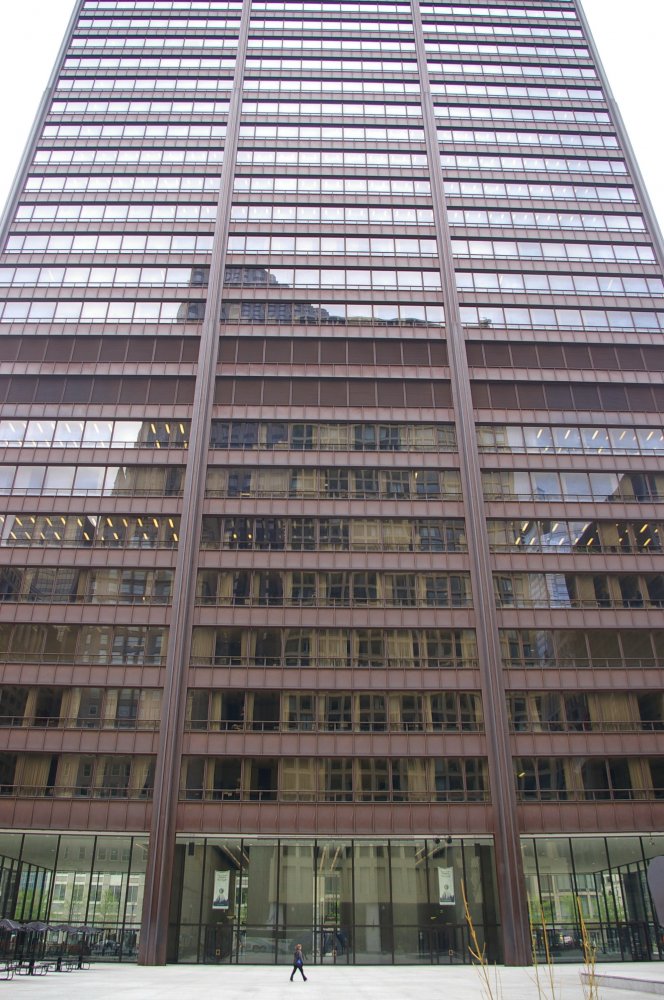 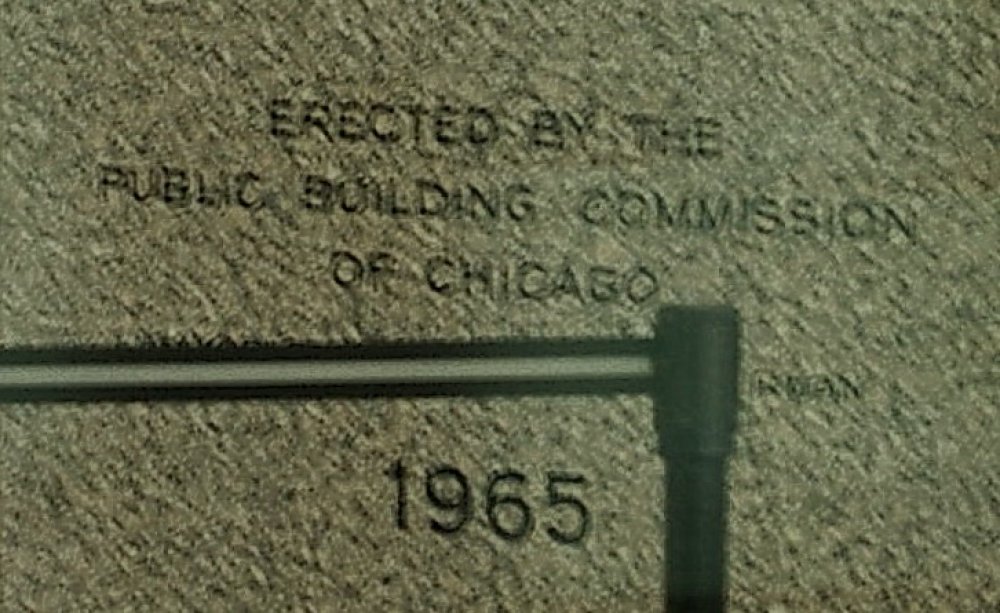 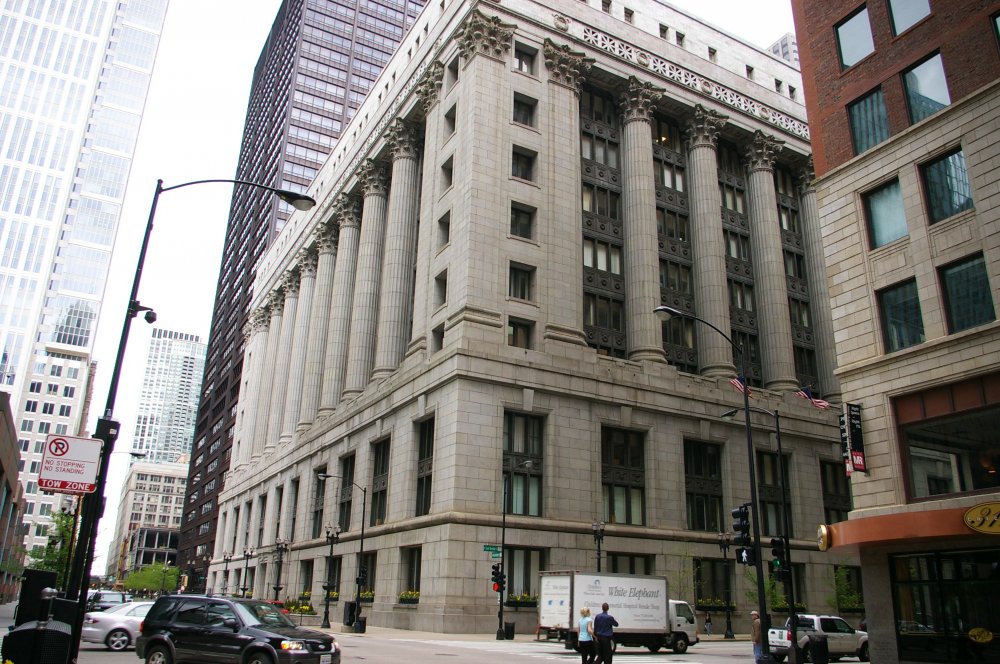 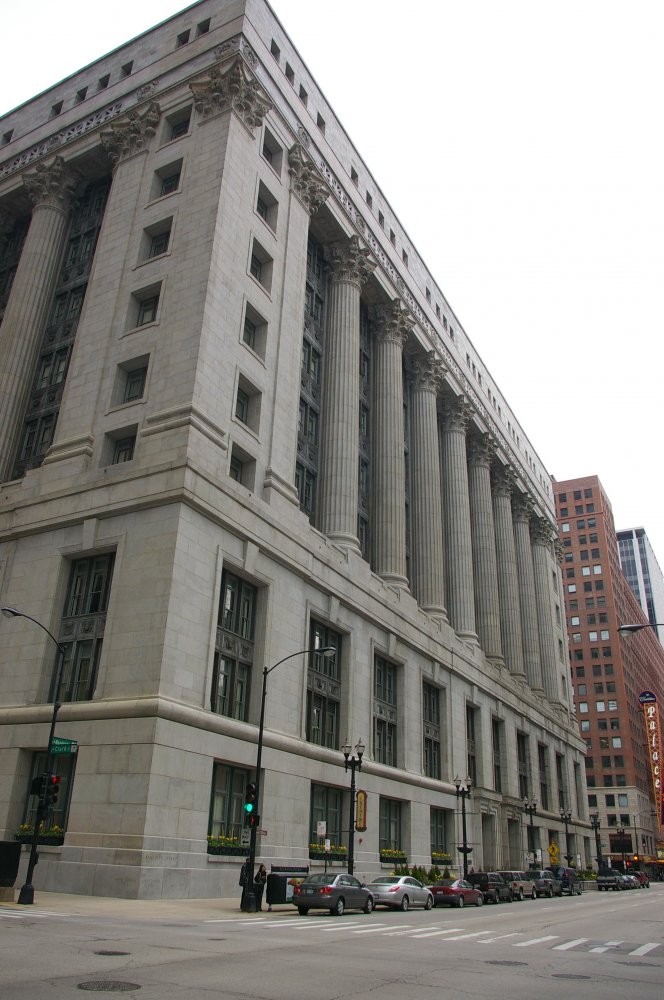 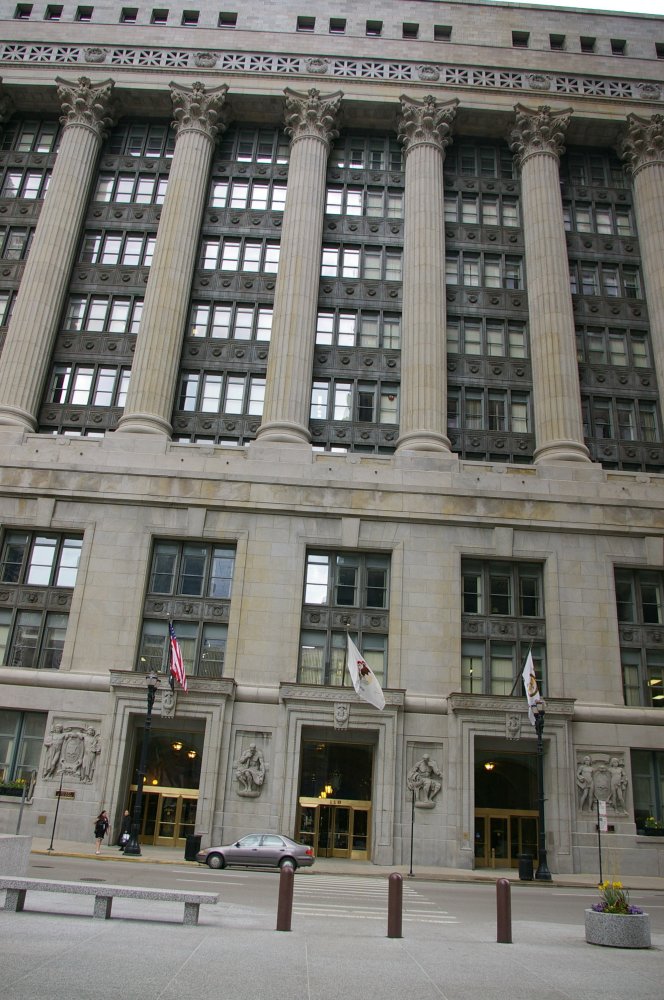 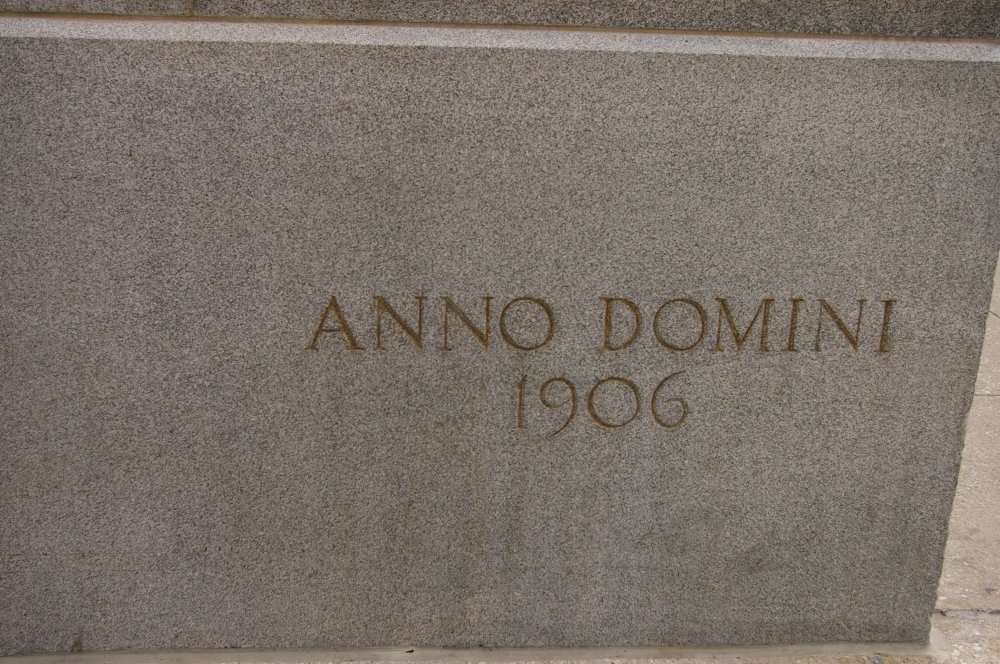