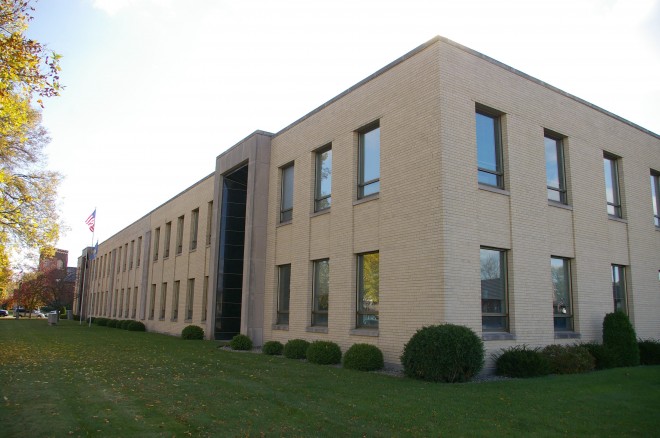 Trempealeau County is named for Trempealeau Mountain which is located in the county and comes from the French meaning “mountain with its foot in the water” referring to a bluff in a bend of the Trempealeau River. 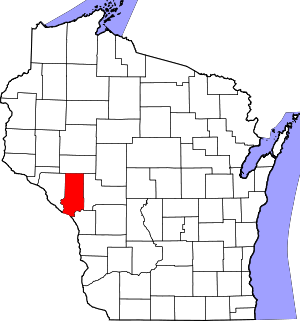 Description:  The building faces east and is a two story buff colored brick and concrete structure. The building is located on landscaped grounds in the center of Whitehall. Along the east front are entrances on the north and on the south. Also on the east front is figure etched in stone and rising two stories. The roof line is flat. In the interior, the County Circuit Court courtroom is located at the north end of the second story and the other County Circuit Court courtroom is located at the south end. This building was attached to the courthouse erected in 1883 on the west side. The building houses the County Circuit Court of the 7th Judicial Circuit. The architect was Klinger and Associates of Eau Claire and the contractor was Johnson Construction Company of Winona, Minnesota. In 1966 to 1967, an addition was added on the north to double the size of the building. Another addition was added in 1976 and in 1982. 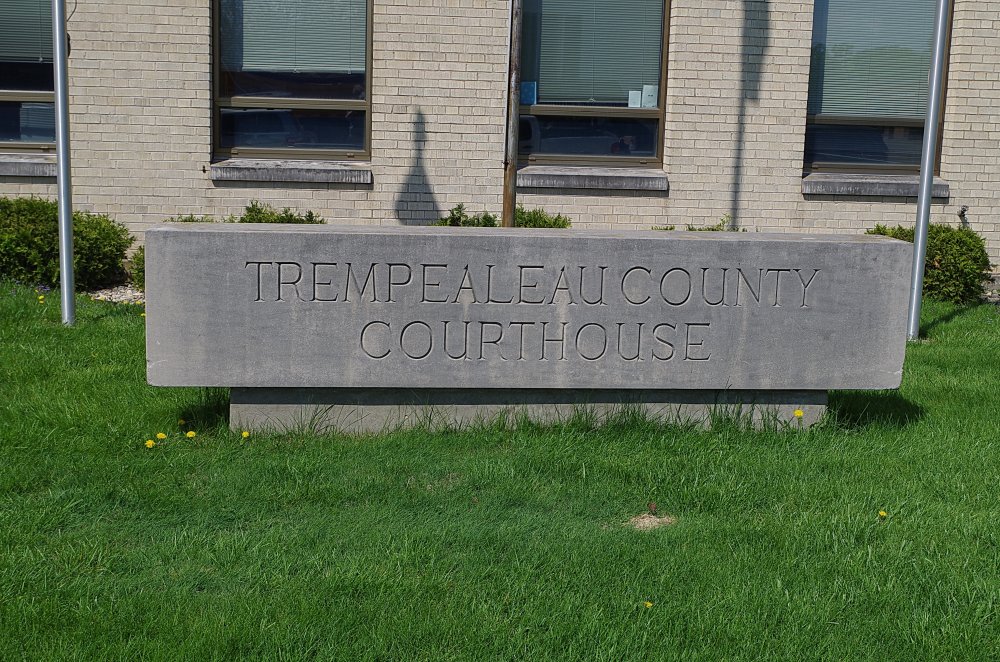 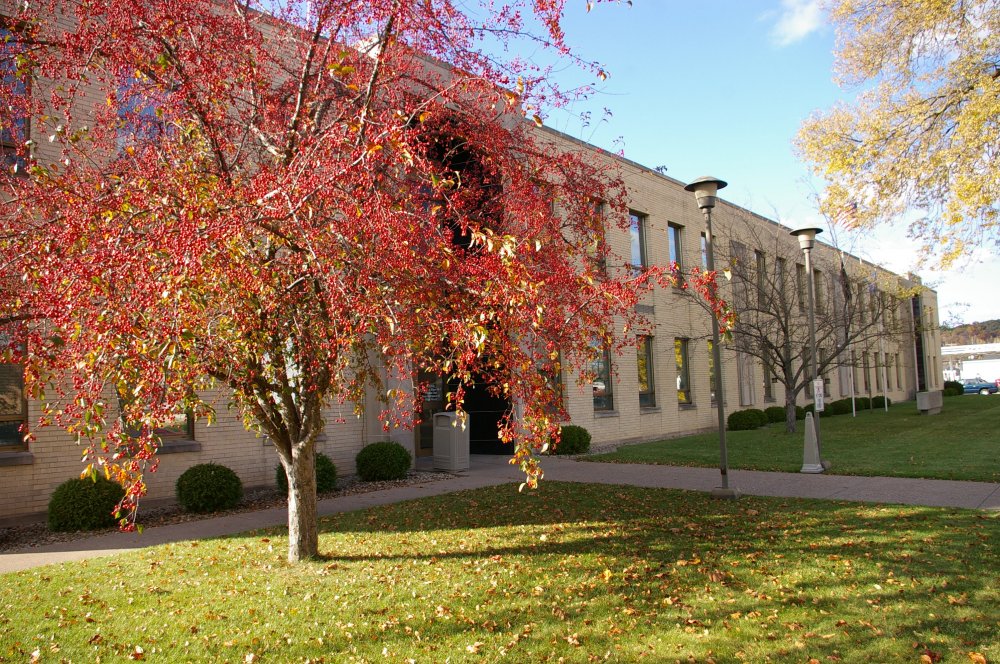 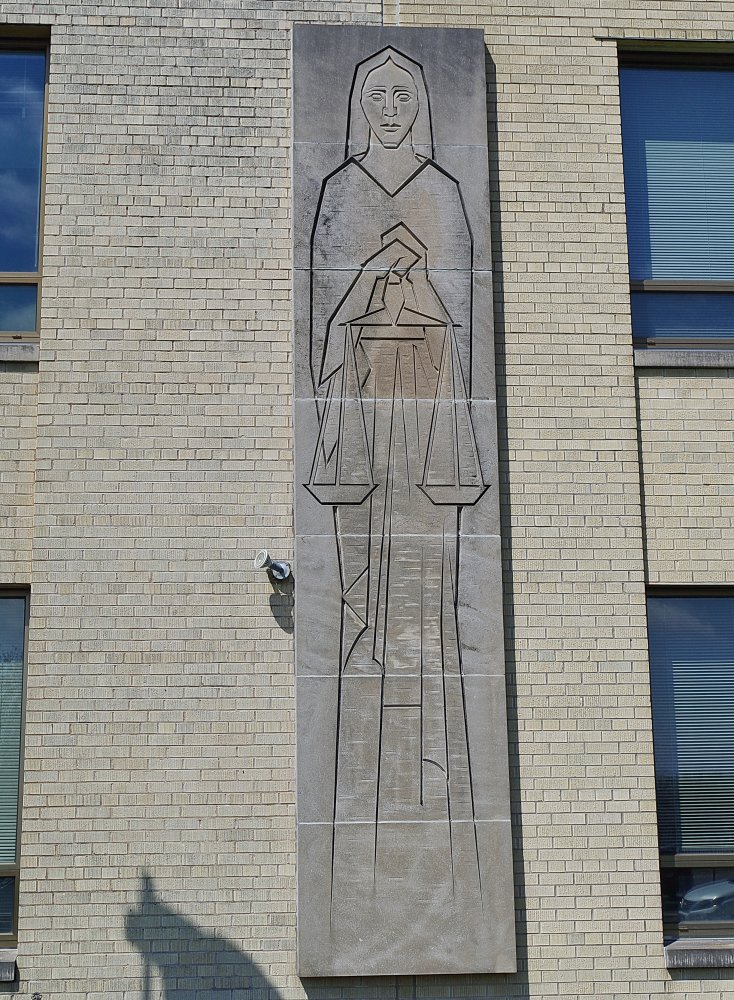 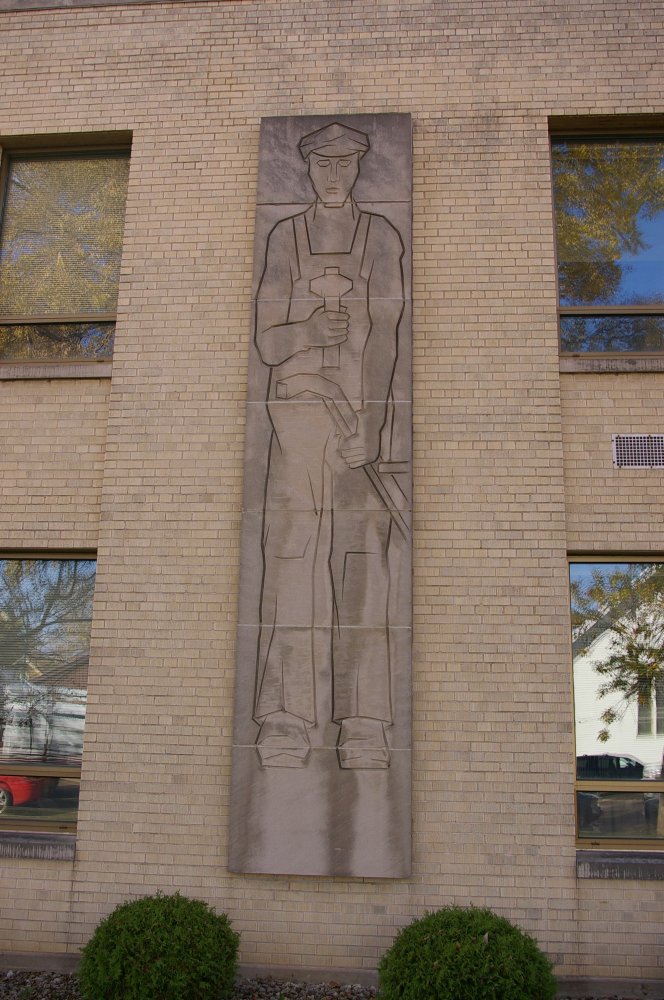 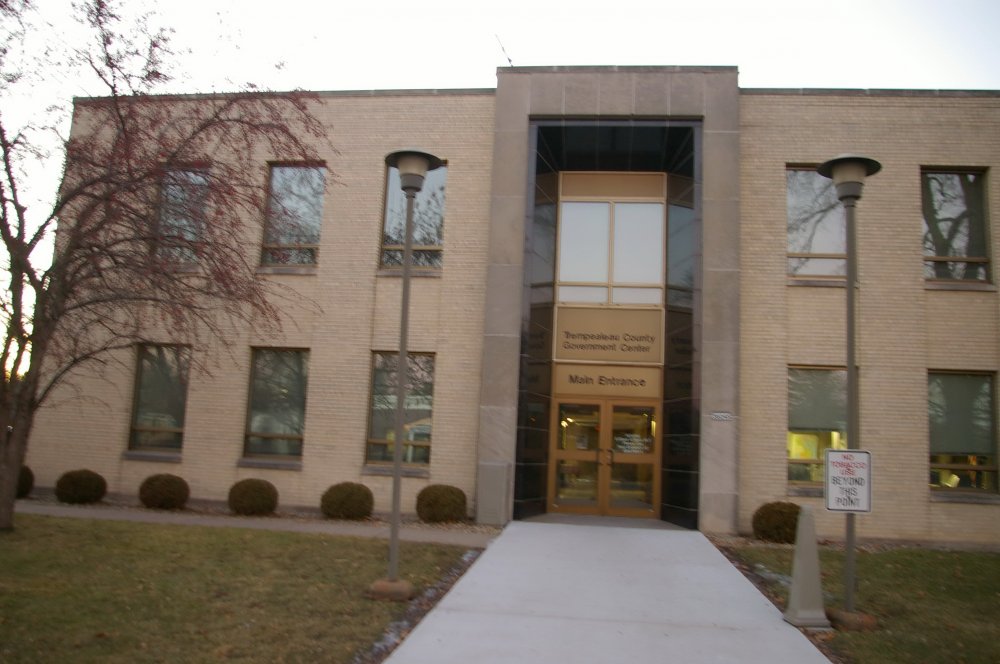 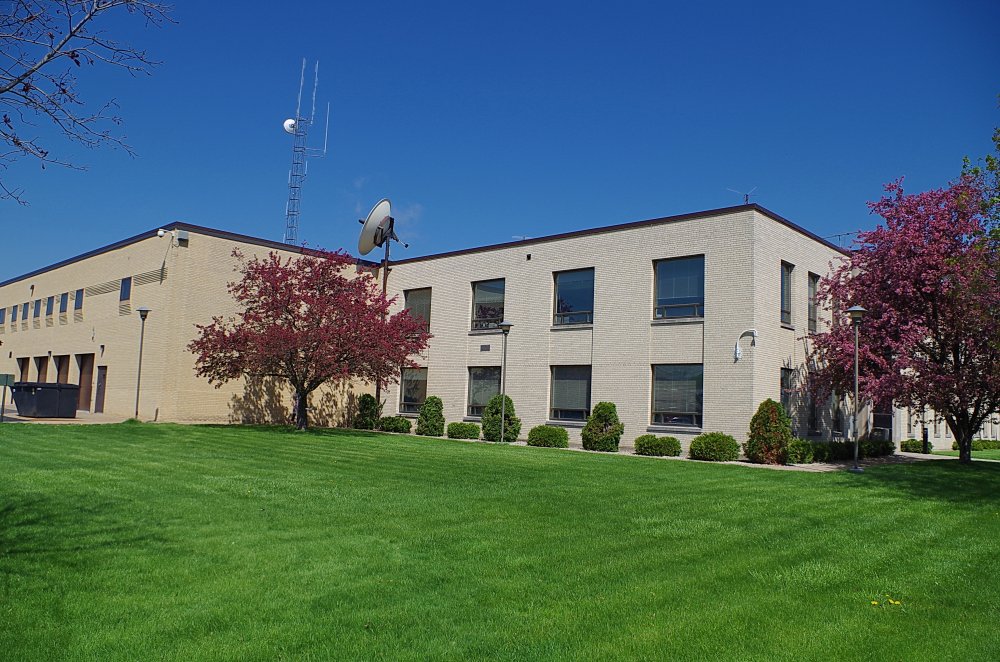 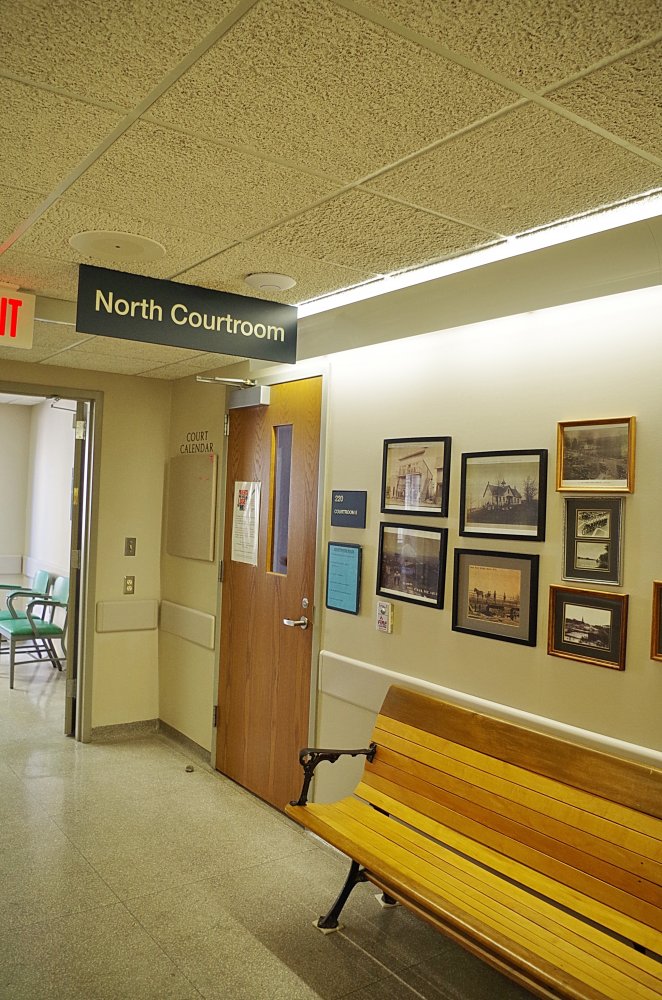 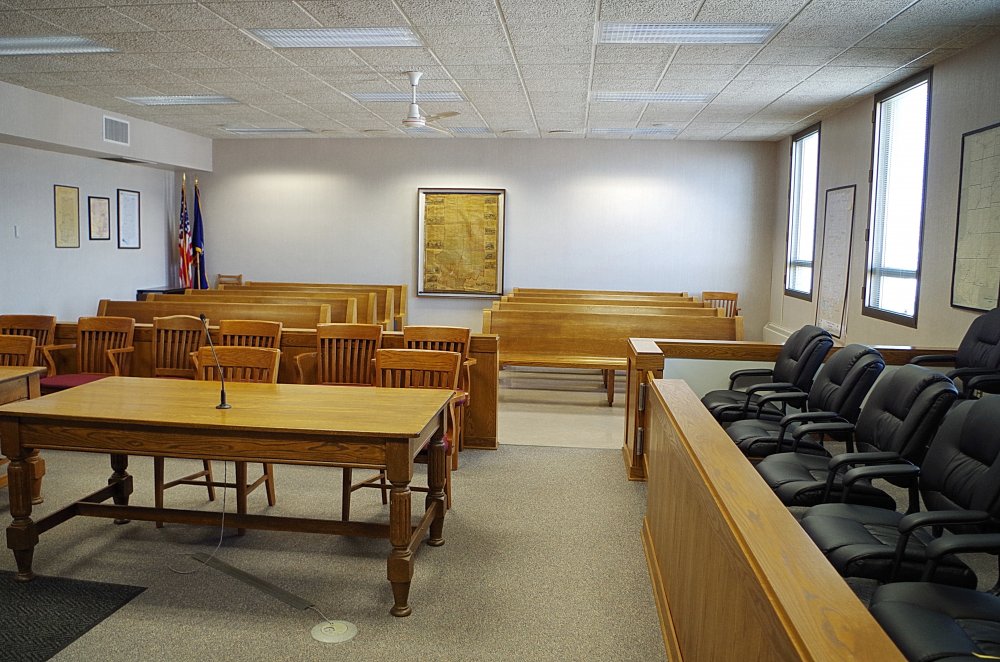 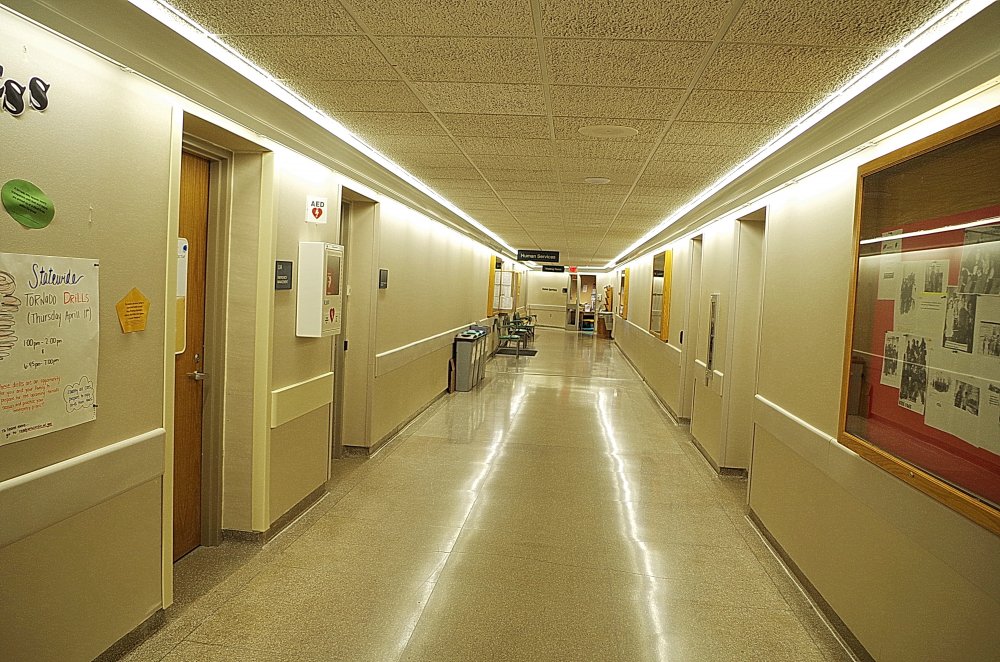 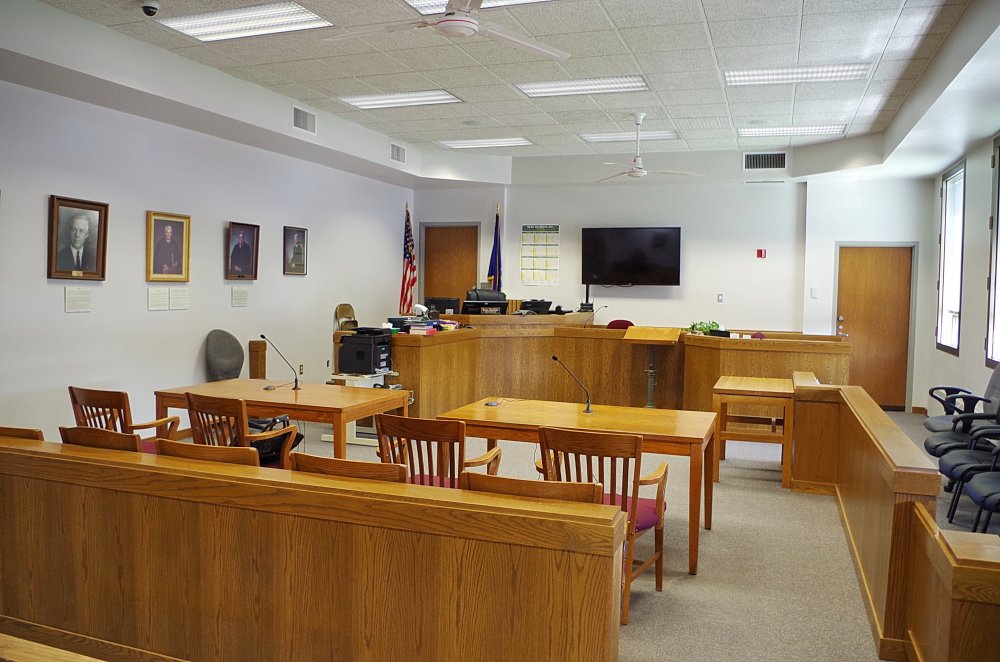 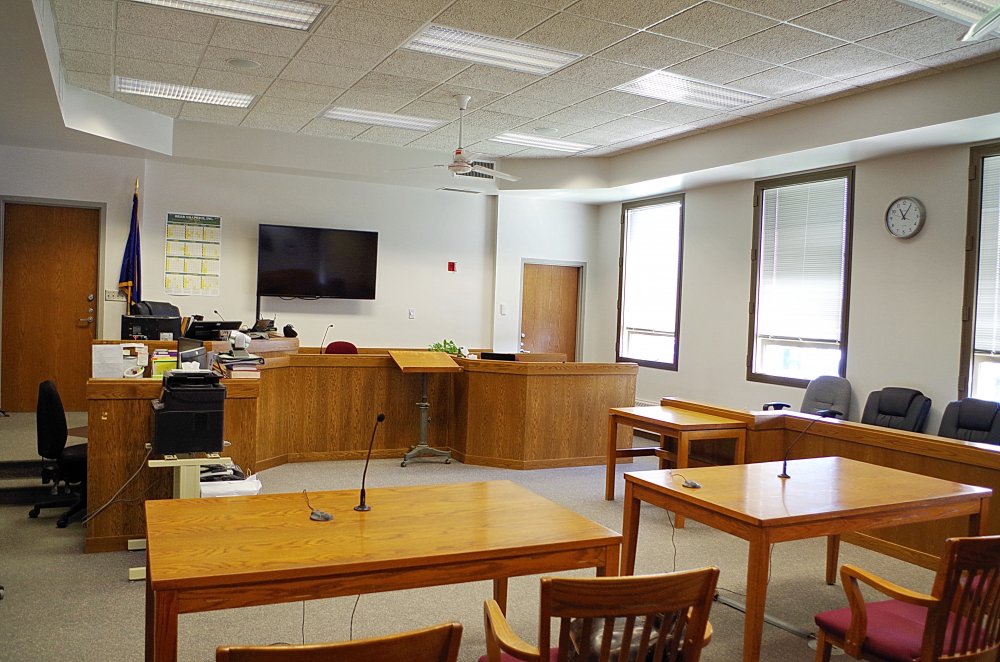 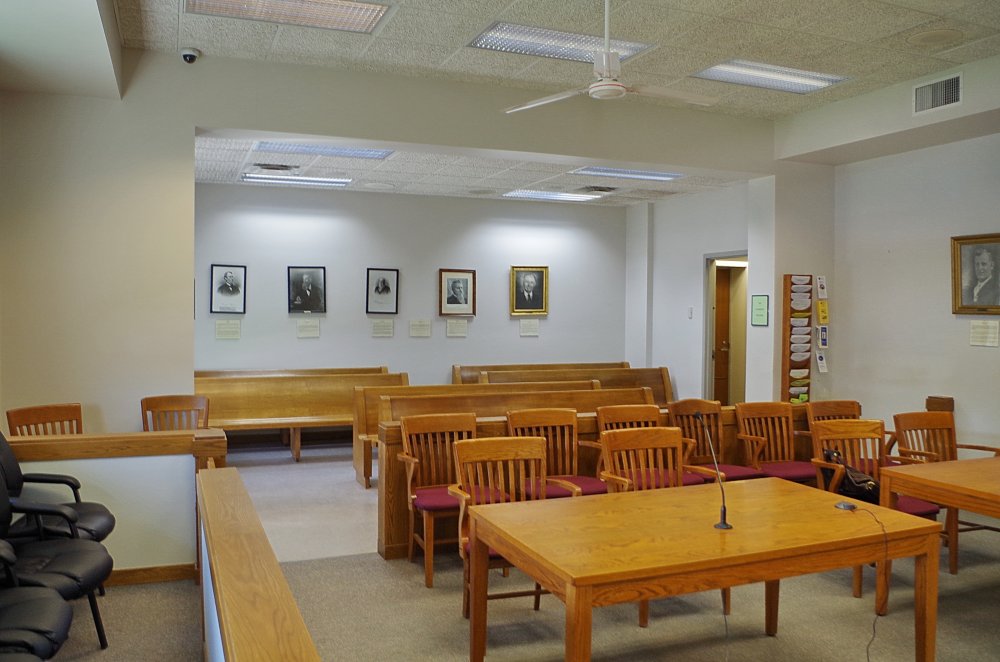