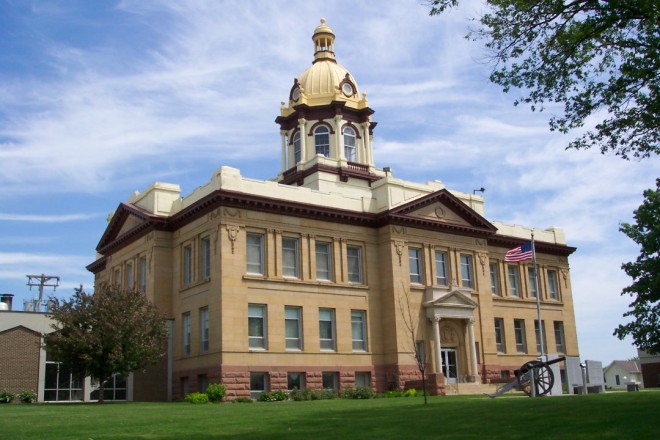 Pierce County is named for Franklin Pierce, who was President of the United States from 1853 to 1857. 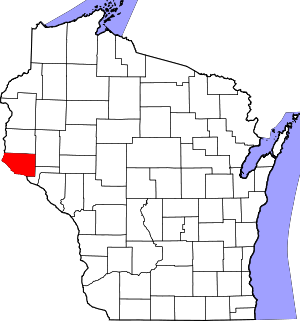 Description:  The building faces south  and is a two story stone and concrete structure. The  rectangular shaped building is located on the landscaped grounds on a low hill in the center of Ellsworth. The south front portico is supported by two thin columns. The center section rises to a pediment at the roof line. A low closed stone parapet rises above the painted wood cornice above the two-story stone walls. The roof line is flat. The rusticated red sandstone raised basement is cut by regularly-spaced three-quarter-size windows, corresponding to the windows in the stories above. Atop the building is a hexagonal white colored dome with gold painted roof. In the interior, a terrazzo floor with meander border, marble wainscoting, and ornamental brass railing decorate the entry and divided stair over the front door inside. The ceiling of the hexagonal lobby, with dressed limestone walls and marble wainscoting, is edged by a wide denticulated entablature, “supported” by sandstone pilasters dividing alternating shellshaped marble niches and doorways. Original glass-globed wall sconces are hung on the walls. Halls extend from the east and west ends of the rotunda. Widely-spaced turned balusters guard the second-story gallery under the dome. Outdoor scenes painted in shades of green and gray fill alternate faces of the dome; painted ribs ascend to the center hexagon with its stained-glass skylight. There are two courtrooms located on the east and west sides of the second story. The building houses the County Circuit Court of the 7th Judicial Circuit. On the west side of the building is the modern County Jail and on the north side is County Administration Building. 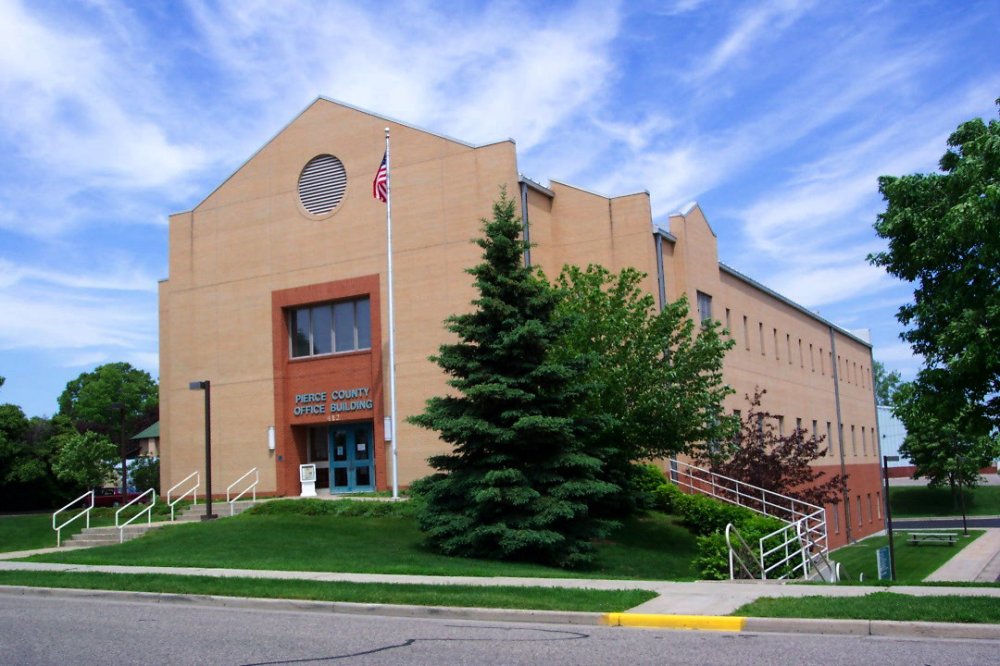 Description:  The building faces south and is a three story buff colored brick structure. The building is located on the north side of the courthouse. in the center of Ellsworth The main entrance is on the second story with first story situate down the slope of the hill. The roof is pitched. 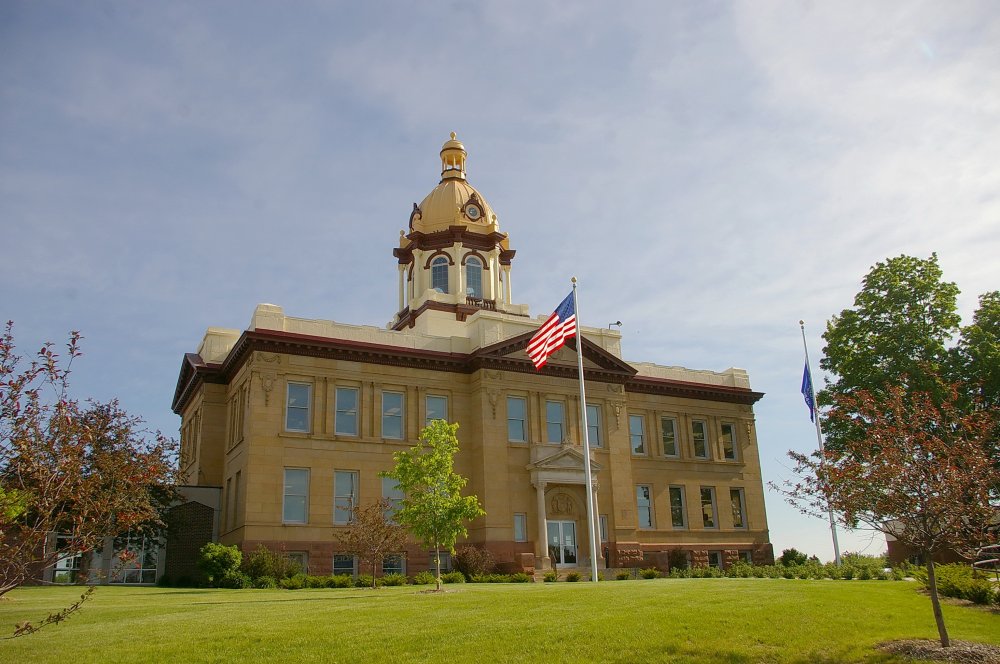 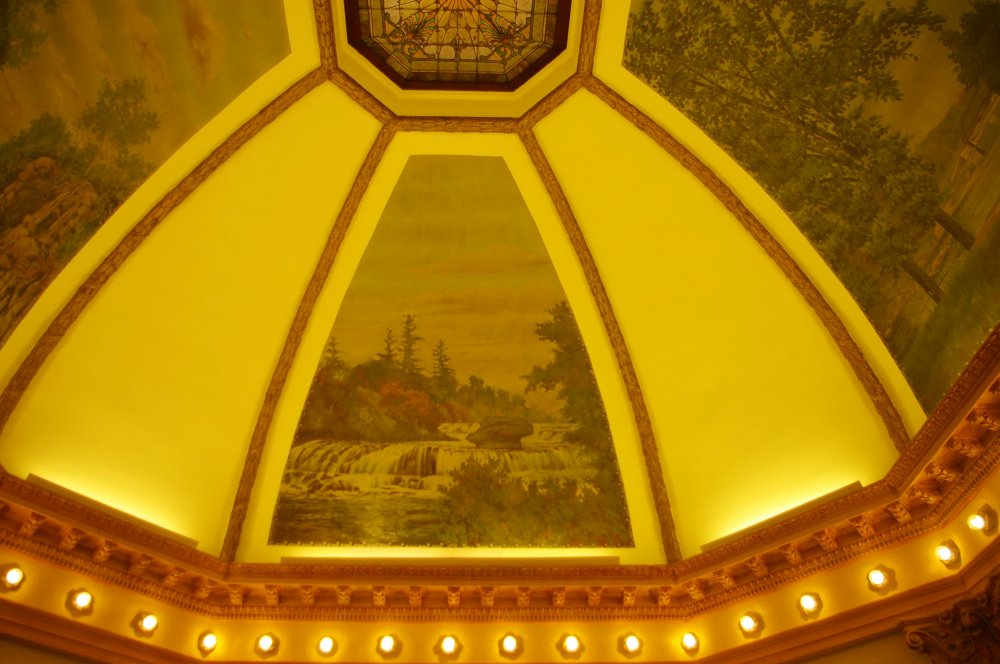 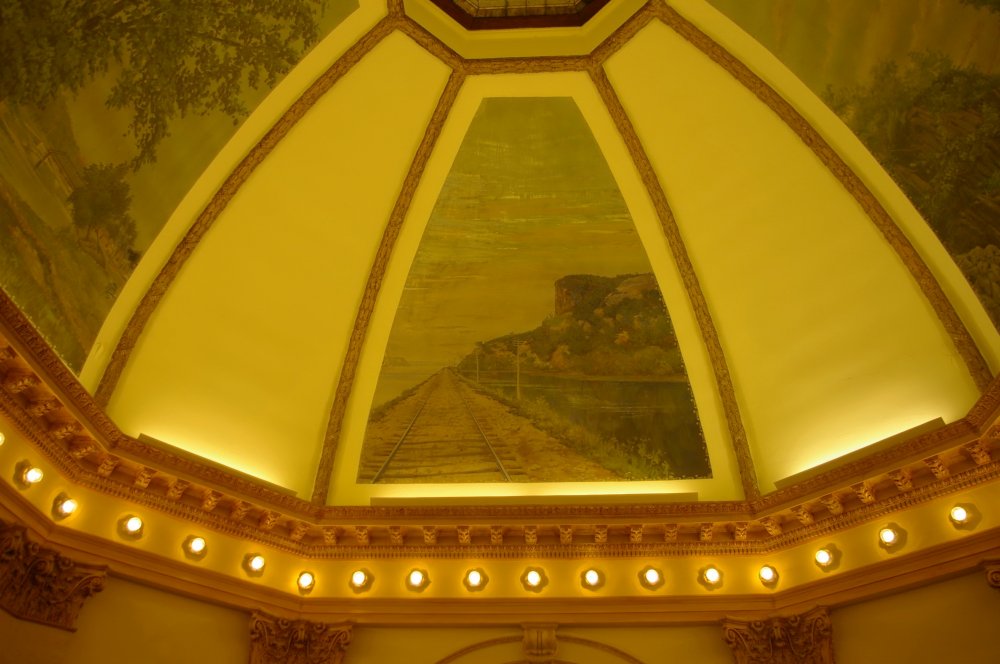